No matter what your occupation is everybody's in show biz

And now, pictures of the results of some pinball league finals: 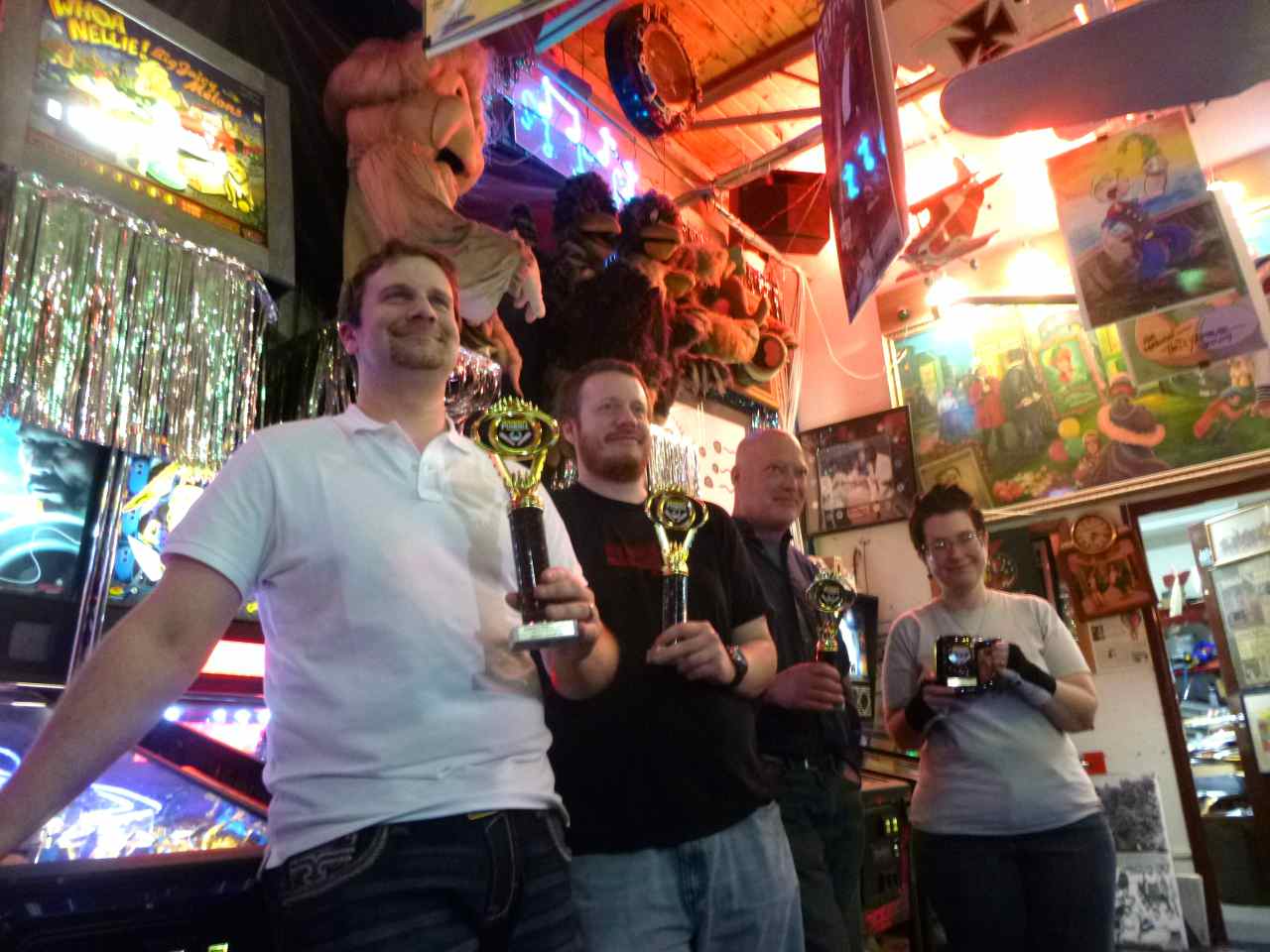 bunny_hugger taking first place in the B Division playoffs at Marvin's Marvellous Mechanical Museum. Also depicted: MWS, in the middle there, in A division. Yes, those are animatronic crows from Chuck-E-Cheese's in the top center of the picture. 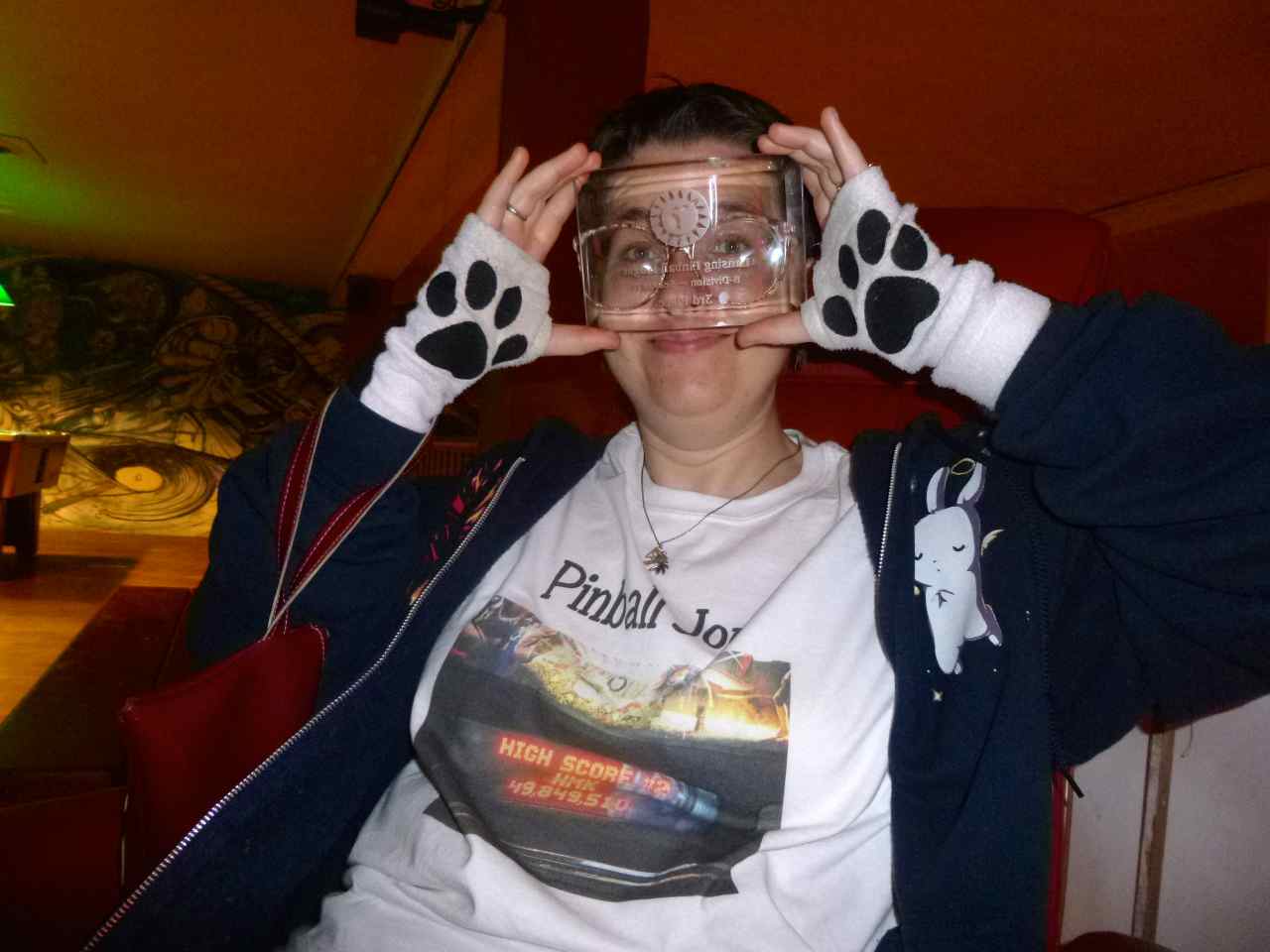 bunny_hugger with the third-place trophy in B Division for Lansing League. She was robbed of at least second place. Terrible story. 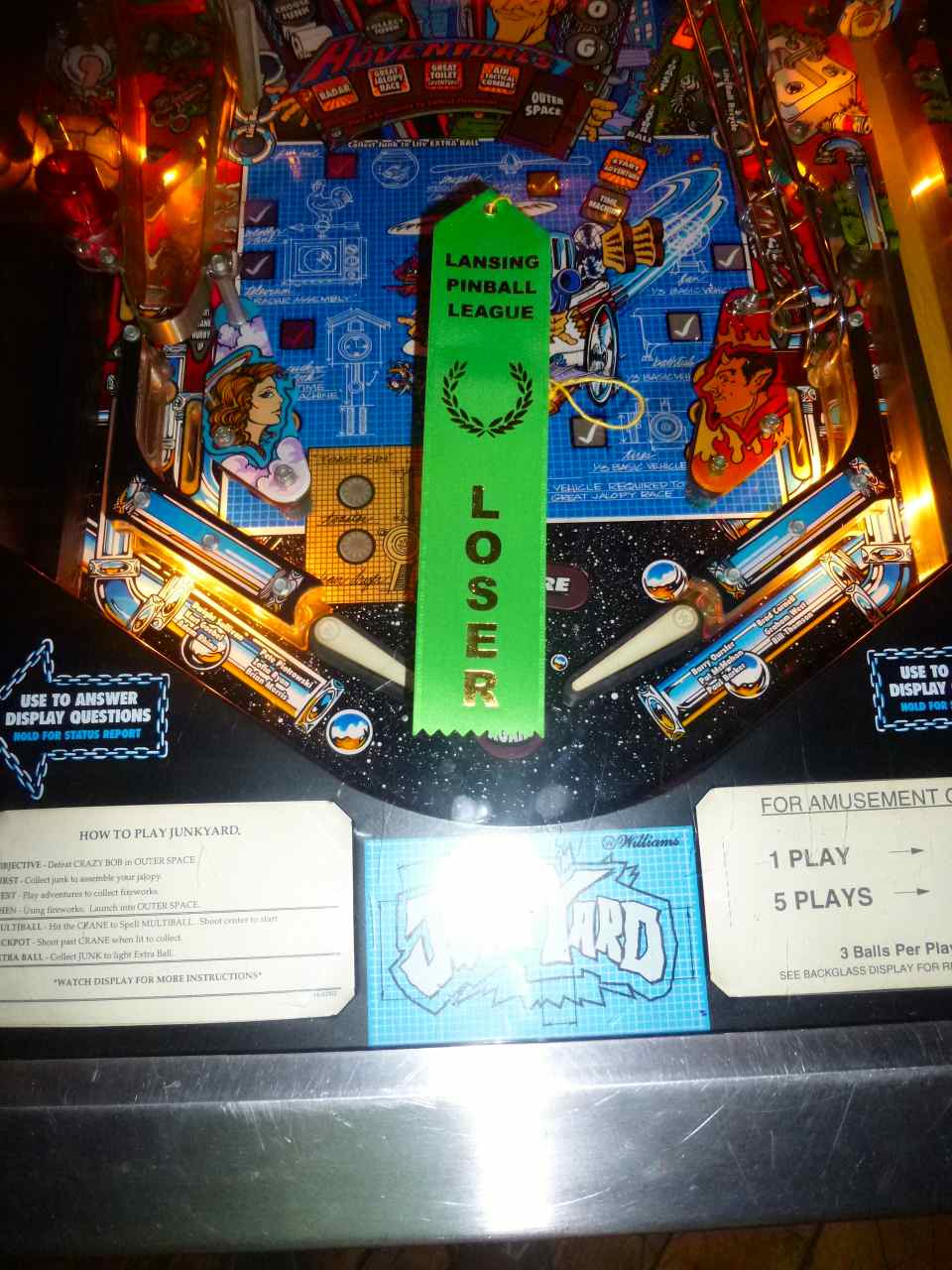 What I got in Lansing League playoffs. I'm content with it.

Meanwhile! My humor blog. That's been going on daily. Have you been reading it daily? If you've missed it lately, then you can catch up easily by reading:

Trivia: Flubber, as used in 1961's The Absent-Minded Professor, was played by a mixture of salt water taffy, yeast, polyurethane foam, cracked rice, and molasses. Source: The Genie in the Bottle, Joe Schwarcz.

PS: Reading the Comics, June 11, 2015: Bonus Education Edition, mathematics comics plus a grammar and a general teaching joke, because I liked them.