They're dimming the lights down

So I fibbed. Well, I was wrong, anyway. Some more Cedar Point Halloweekends pictures. 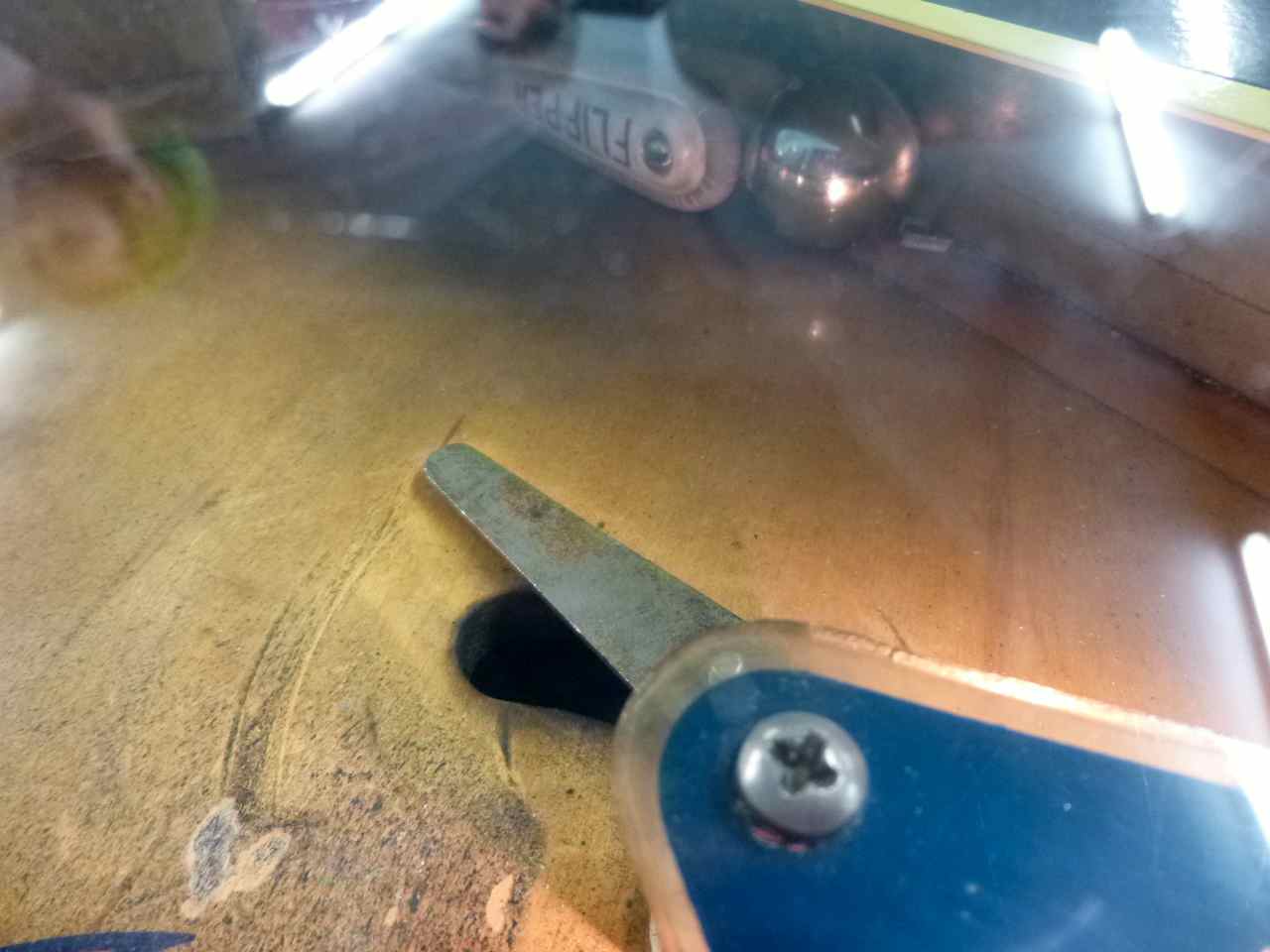 A bad day for pinball at Cedar Point. Yes, the flipper fell off and rolled down the ball drain, blocking the ball from actually draining. It got fixed the next day. 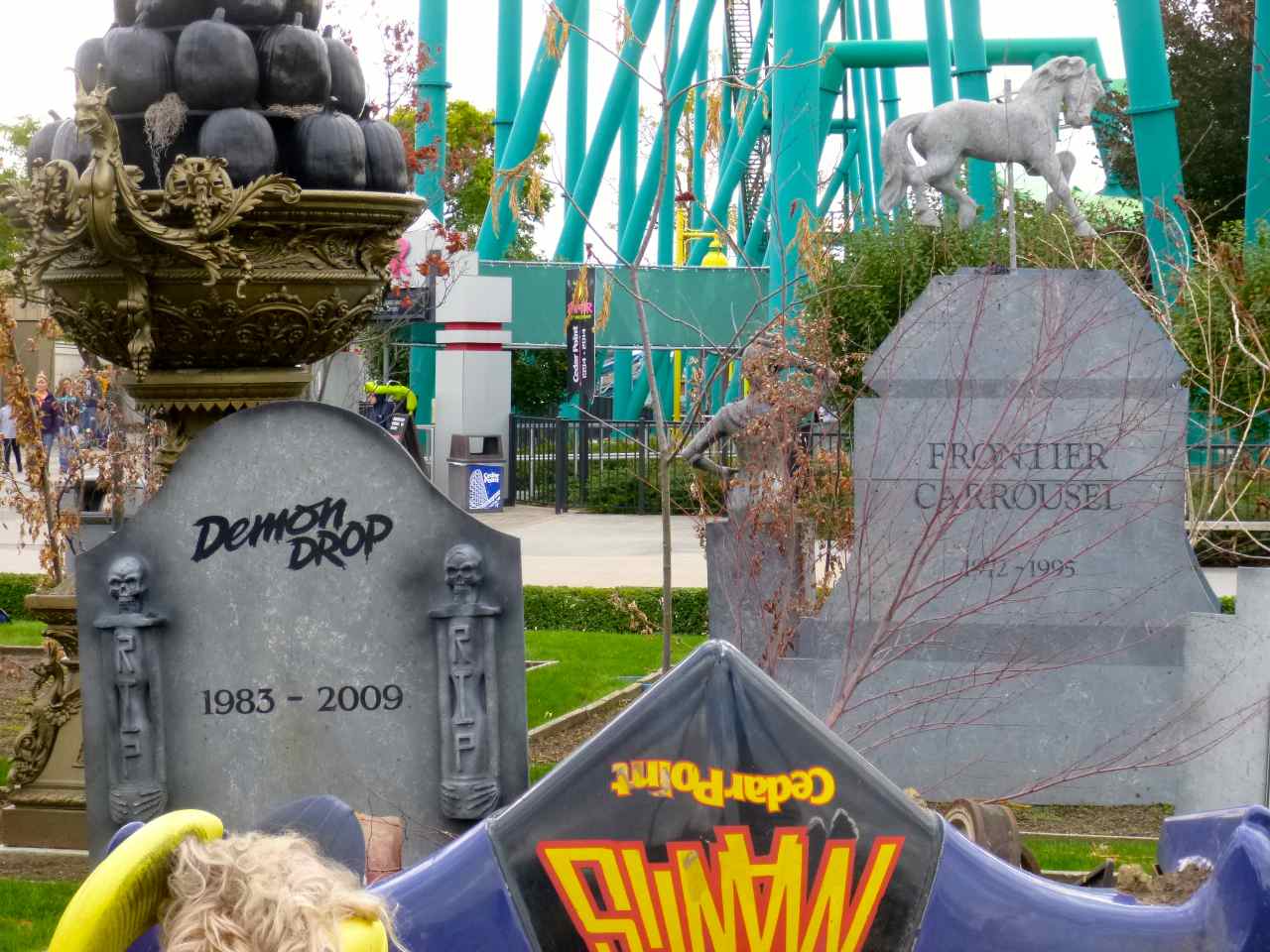 From the Rides Graveyard that Cedar Point puts up at Halloweekends. Demon Drop and the Frontier Carrousel are marked with gravestones although the rides were just relocated to Dorney Park, in Pennsylvania. Demon Drop even has the same name and ride station and all that. Mantis, meanwhile, depicted out front was still there and even taking riders when this photo was taken. So was this properly a dead ride? Also, it's since had the cars changed and a new name given, so, is that really a ``new'' ride? They're marketing it as such, but ... really? 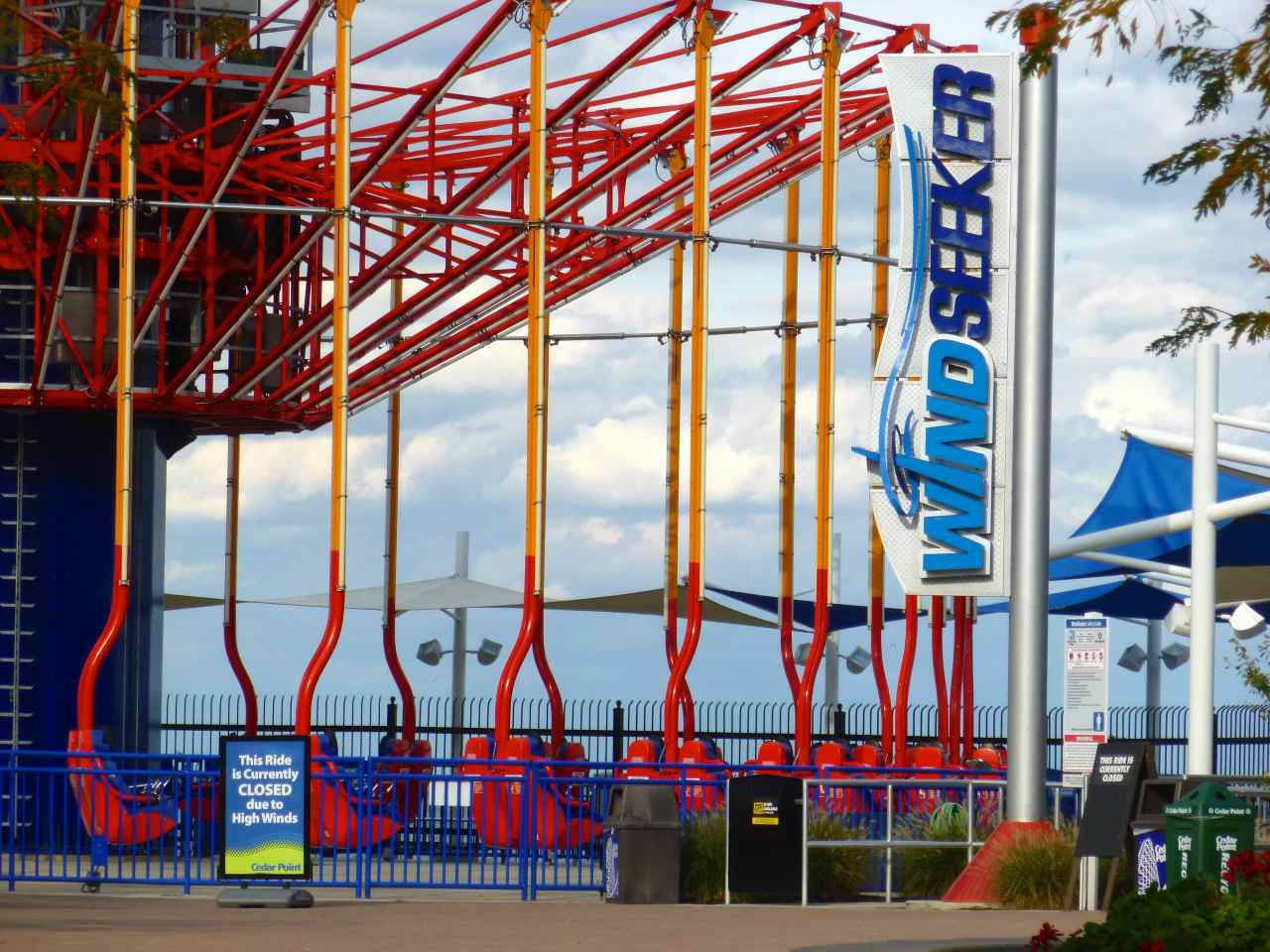 Everyone at Cedar Point that weekend took this picture. You probably saw it on You Had One Job. If not, you should have.

(At the risk of being a spoilsport: well, so, Windseeker found wind. What's wrong with that?)

I fibbed about pictures because I wanted to put something up before my humor-blog review for the week. And what's been posted there over the past week?

Trivia: Neil Armstrong's X-15 flight of the 20th of April, 1962, lasted 12 minutes, 28.7 seconds, the longest of the program. It also missed the planned touchdown point by twelve miles, its greatest miss distance. Source: At The Edge Of Space: The X-15 Flight Program, Milton O Thompson.

PS: A Neat Accident: fourth mathematics post since the last roundup, on Sunday, and talking a little bit about curve-fitting. Inspired by a guy who did some curve-fitting on a string of nail polish spills.