Just stick around, see what we mean

And there's time for a mathematics-post roundup, so here's some pictures from the Lansing Lugnuts game we went to back in September. 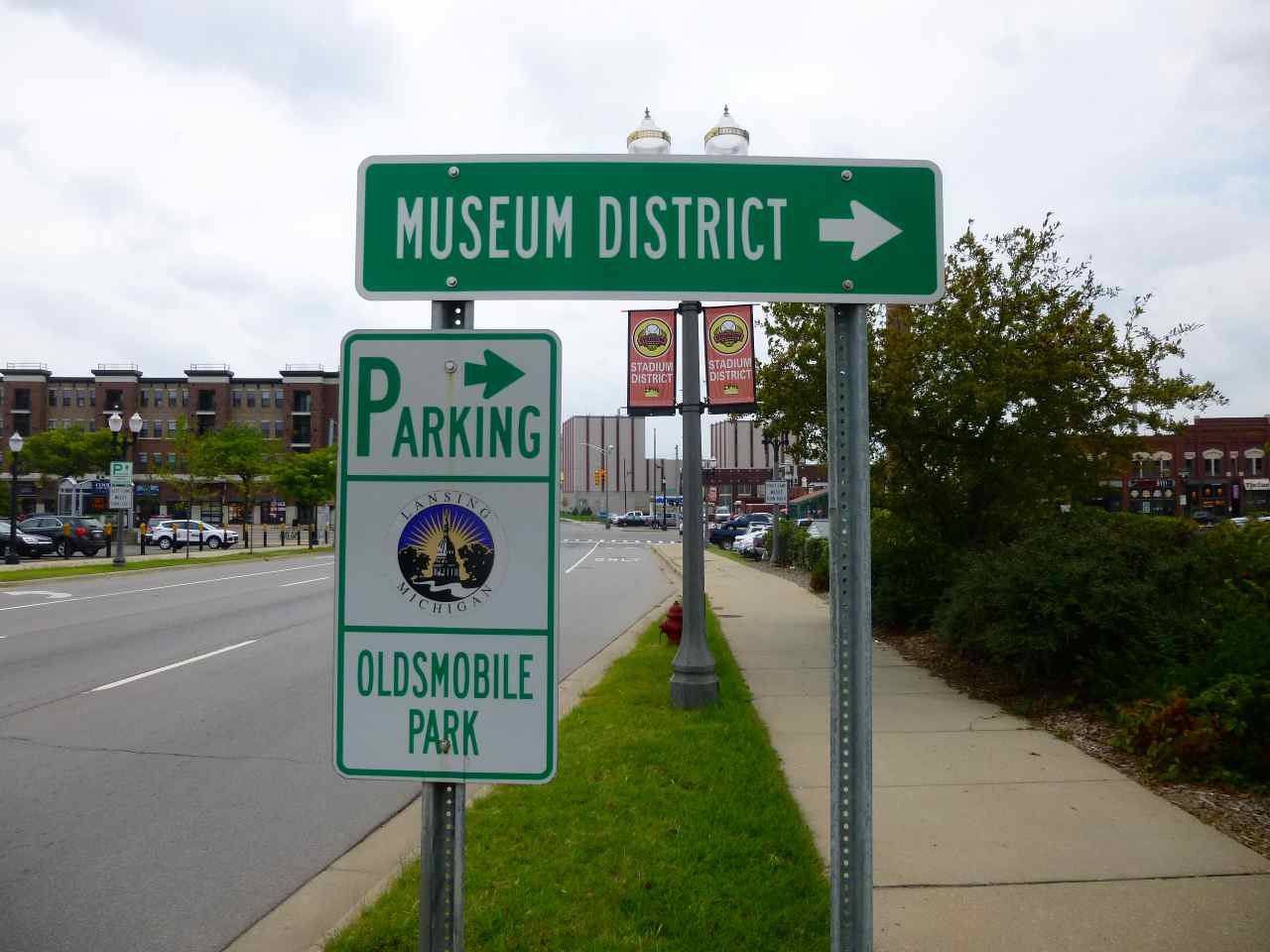 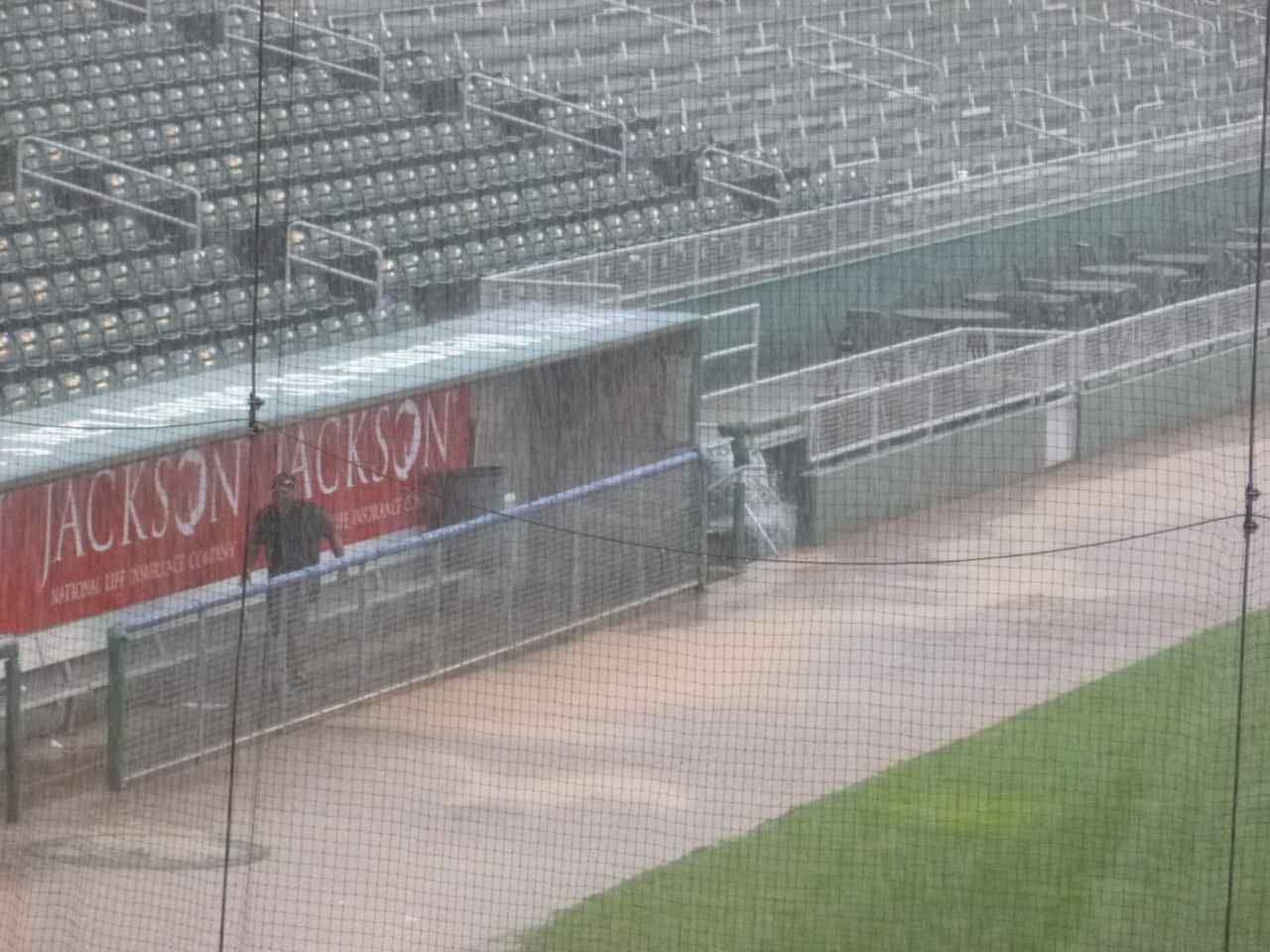 The game ended after six innings because, well, you see what happened. This went on for about an hour. 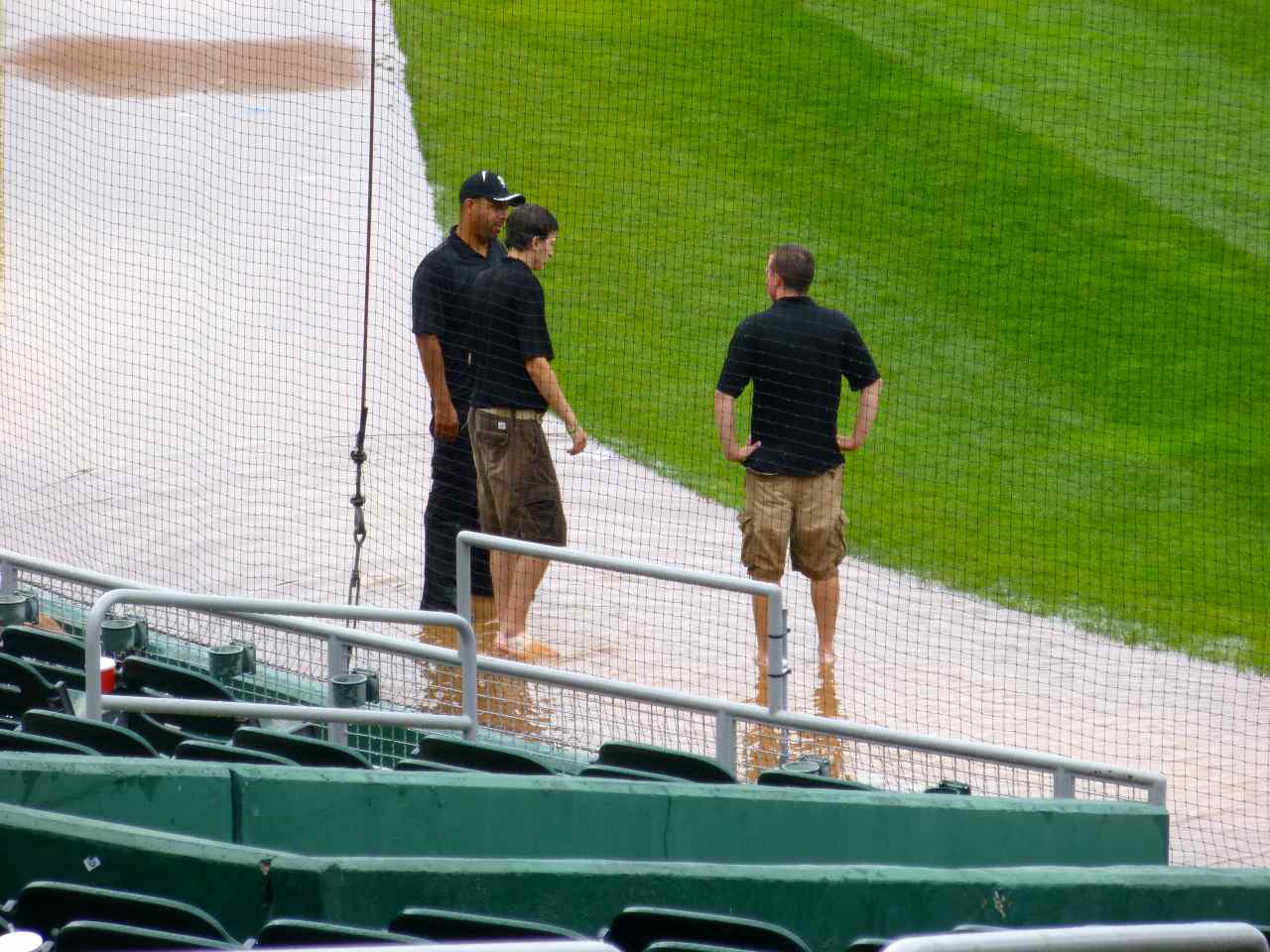 While the rain did pass, they ruled that the condition of the field just didn't let them resume playing. From the concession stands, under cover, it wasn't so obvious that hoo boy did they need to call the game. 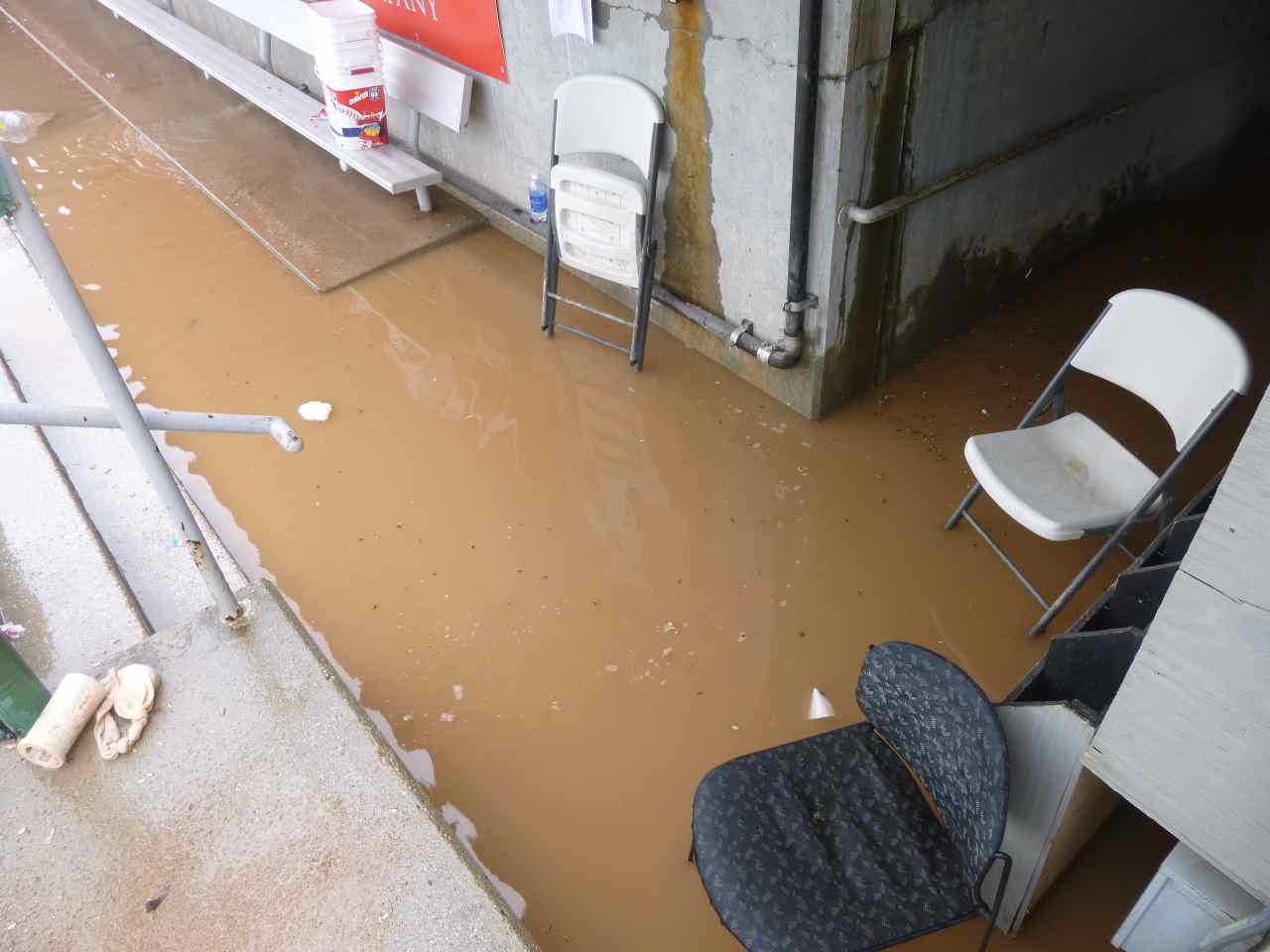 And any lingering doubts about calling the game were squelched by looking in the dugouts.

Now, my mathematics posts of the past busy week:

Trivia: L Frank Baum would claim to be able to date the naming of Oz by spotting a file cabinet labelled O-Z to the 7th of May, 1898, on the grounds a newspaper headline referenced Admiral Dewey's victory in manila. Source: A Brief Guide To Oz, Paul Simpson. (Simpson notes that Baum had a taste for two-letter place names, such as Ev, Mo, and Ix; Oz fits that pattern.)

Currently Reading: Water For A City: A History of New York City's Problem From The Beginning To The Delaware River System, Charles H Weidner. Yes, it's kind of a dry book.