I have my computer back! So I can get more or less back to normal. For example, some pictures from France: 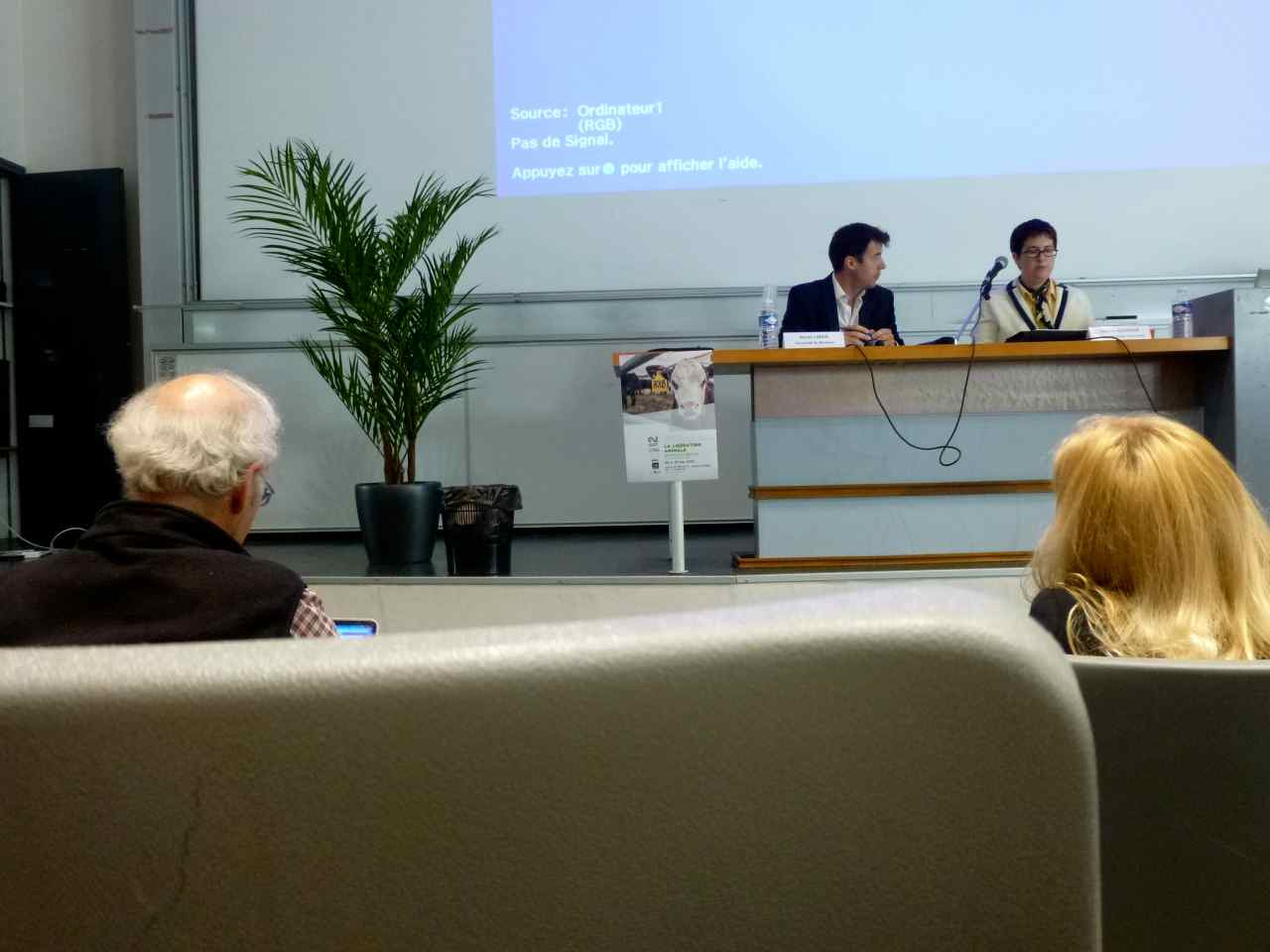 bunny_hugger presenting her talk at Animal Liberation 40 Years On, while Peter Singer (front, left) actually takes notes on his laptop. Also, the projector searches desperately for a signal, any signal, that it may show. 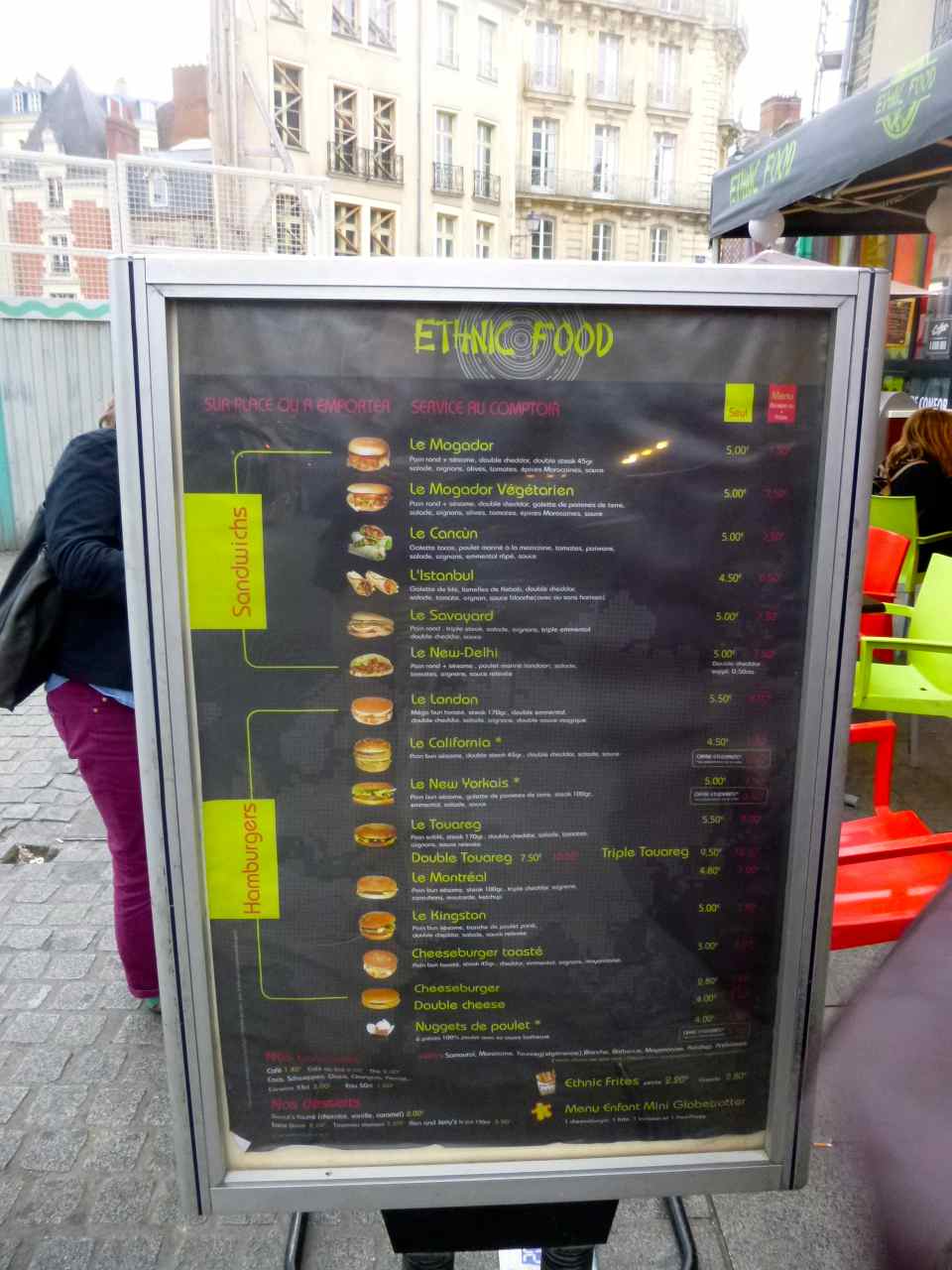 From the vicinity of Sainte-Anne, in Rennes: ``Ethnic Food'', which is hamburgers and kebab. Among the delights, in the lower right corner: ``Ethnic Frites'', which we would have just thought of as French Fries, because of course.

And I can badger you all into reading my humor blog, too. If you haven't been around there the past week you've missed:

If you don't want to go there, you can add it to your Friends Page, or you can put it on your RSS feed.

Trivia: A daily train between Hoboken and Morristown, New Jersey, in the 1880s was known as the Morristown Bankers' Express. It left Morristown at 4:15 pm, associating it with bankers' hours. Source: Railroads of New Jersey: Fragments of the Past in the Garden State Landscape, Lorett Treese.

PS: My Mathematics Blog Abbreviated Statistics, June 2015, which isn't the full readership statistics roundup because my computer was out for repairs and WordPress's statistics page is too Javascript-fancy to use on older machines.