No one's got a cross to bear 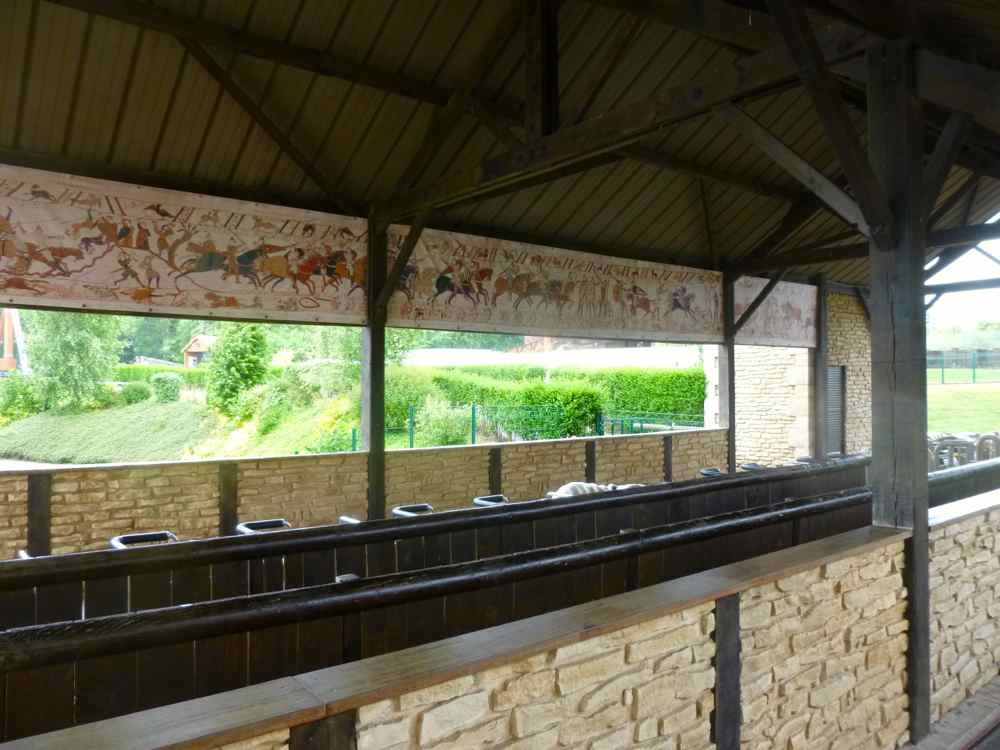 At Parc Festyland: the launch station for the roller coaster 1066. The train is designed to look like a battering ram. And yes, that's a replica of the Bayeux Tapestry along the top there. A sign by the station thanks the museum holding the Tapestry for their help and possibly permission in putting up this replica. Pirates! One of the major themes of Parc Festyland. These are in front of a Giant Water Slide that people were actually going down even though it was a chilly, rainy day. Also, all the doubts we ever had about the statuary and park decorations in Roller Coaster Tycoon games have been finally answered: however ridiculous a thing looks, it's something that actually exists in at least one Western European amusement park. (Barely visible in the background, at the end of the slides: the bathrooms, which are unisex but not one-person.) 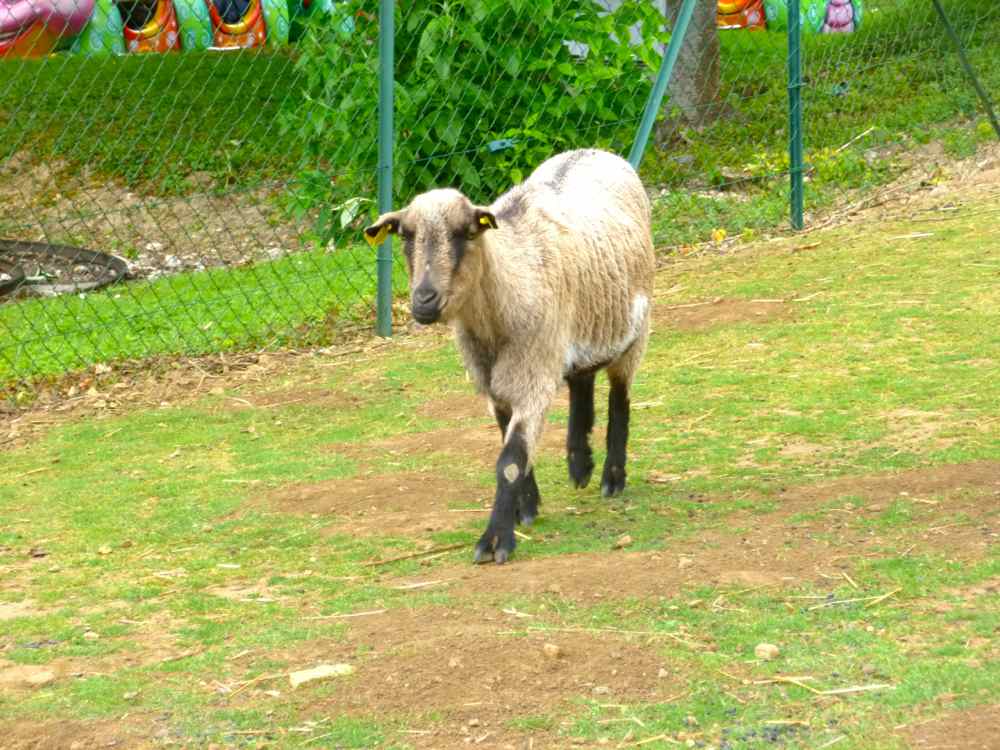 Also, Parc Festyland has sheep. There's several in this one enclosure. Why is not explained in ways obvious to English-speaking American tourists. 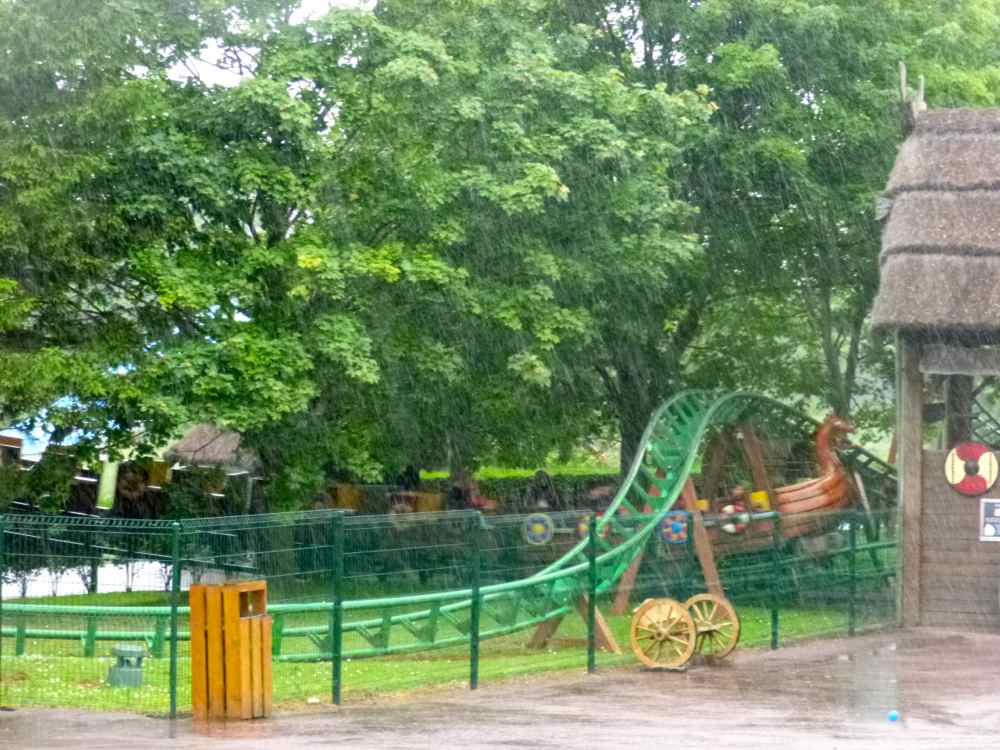 Parc Festyland's other roller coaster, Drakkar Express. This one is Viking-themed. As mentioned it was a cool, rainy day. I include this picture to prove the existence of rain during our visit and why we called it short about 45 minutes earlier than we might otherwise have.

I've got fewer mathematics posts the past week than have been common, but there's still plenty to read. Among the things put up there since last Sunday have been:

Trivia: Nitric acid is used by the body to relax muscles, kill foreign cells, and reinforce memory. That it has any physiological benefits was unknown before 1991. Source: Molecules at an Exhibition: The Science of Everyday Life, John Emsley.

Posts from This Journal “festyland” Tag