It's Friday morning, how about a little more Chessington in photographs? 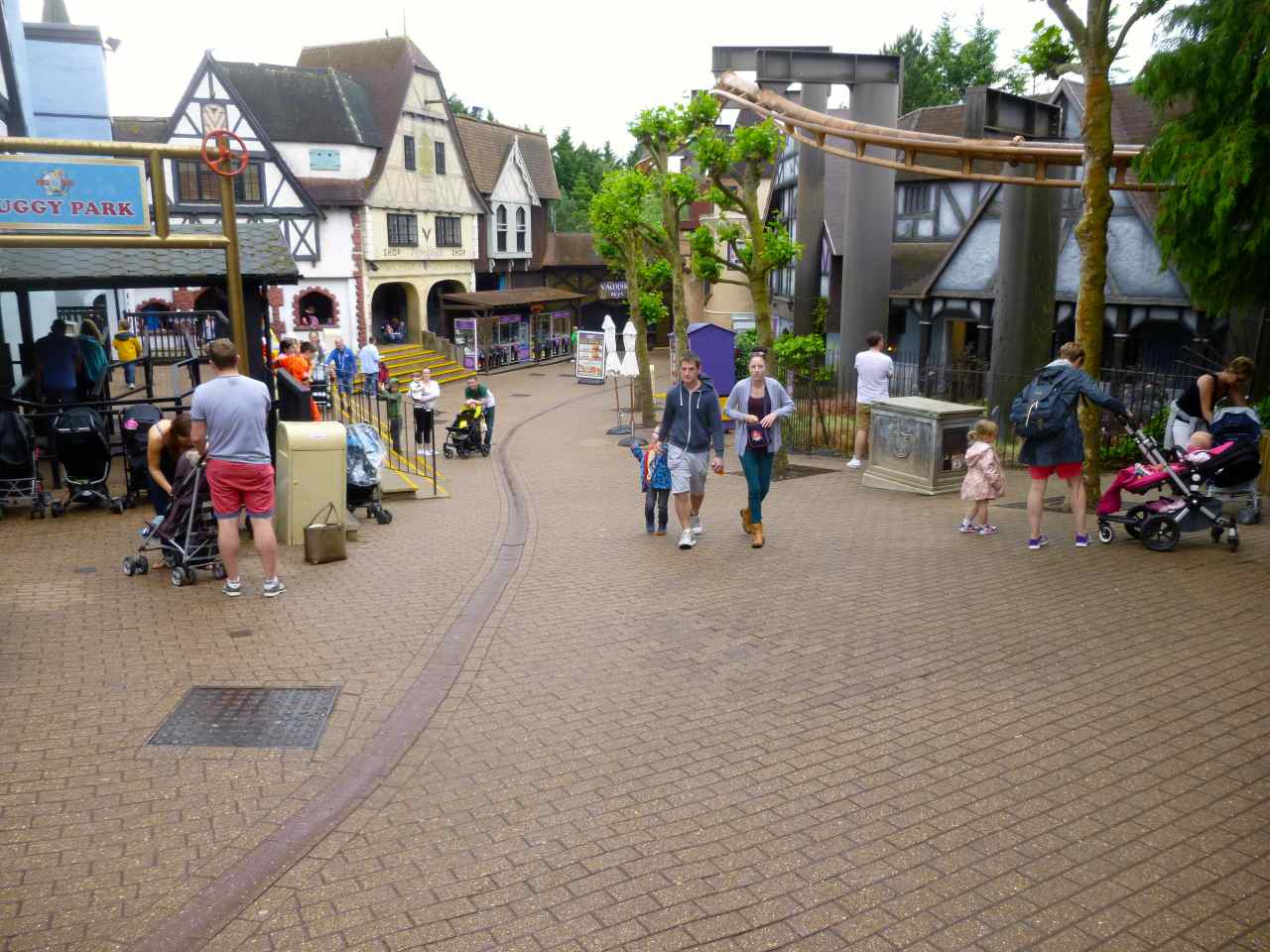 Entering the Transylvania area of Chessington World of Adventures. The Vampire roller coaster is the elevated track on the right. 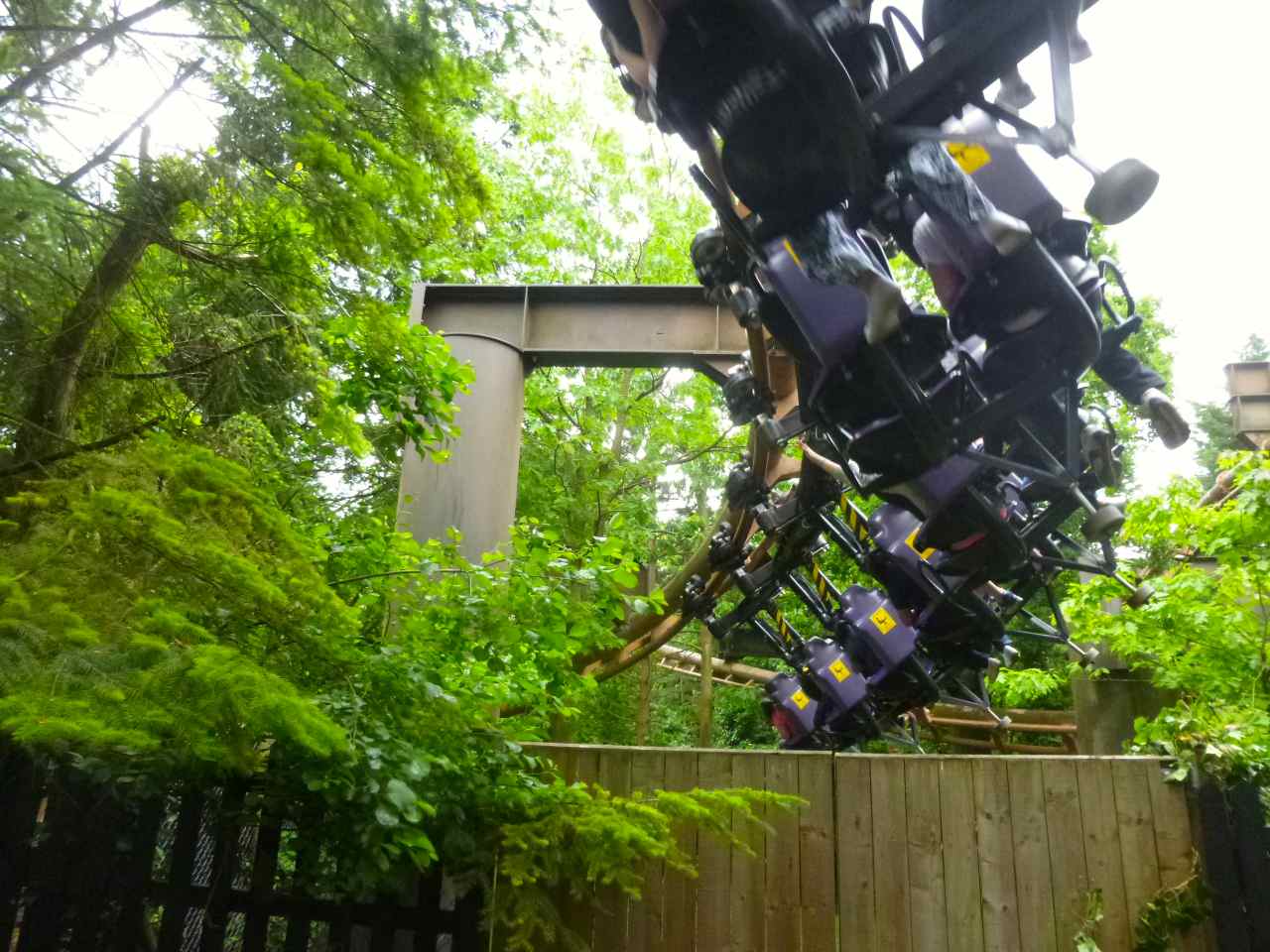 And there's the Vampire roller coaster. Depending on whether you count powered coasters this was either the only one, or else one of the two roller coasters operating that day. 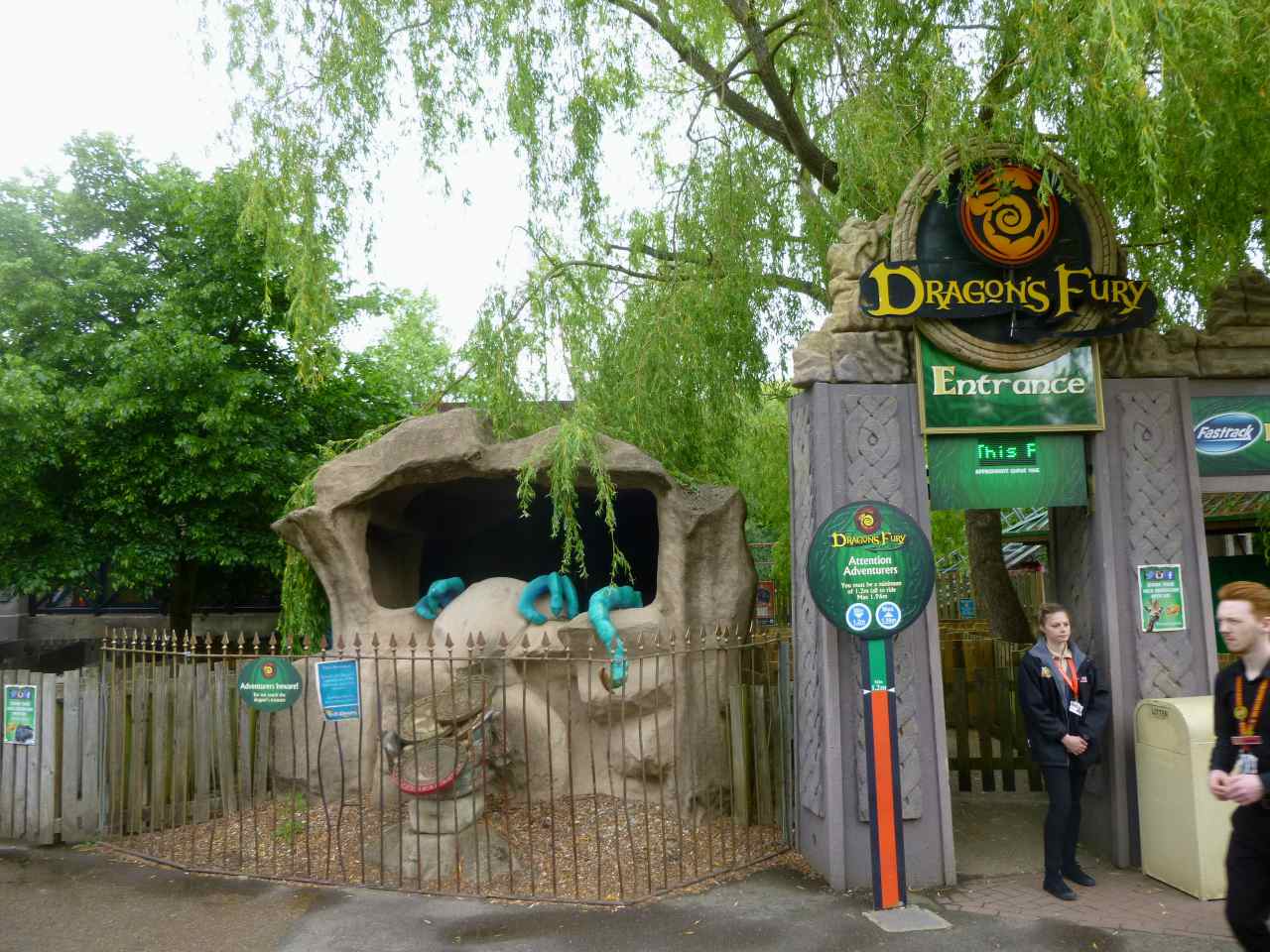 The Dragon's Fury roller coaster, closed for unspecified reasons. Also, the dragon animatronic to the side of the queue was apparently taken out for repairs, even though its claws and tail remain. The sign apologizes that the dragon's off having an adventure of his own. 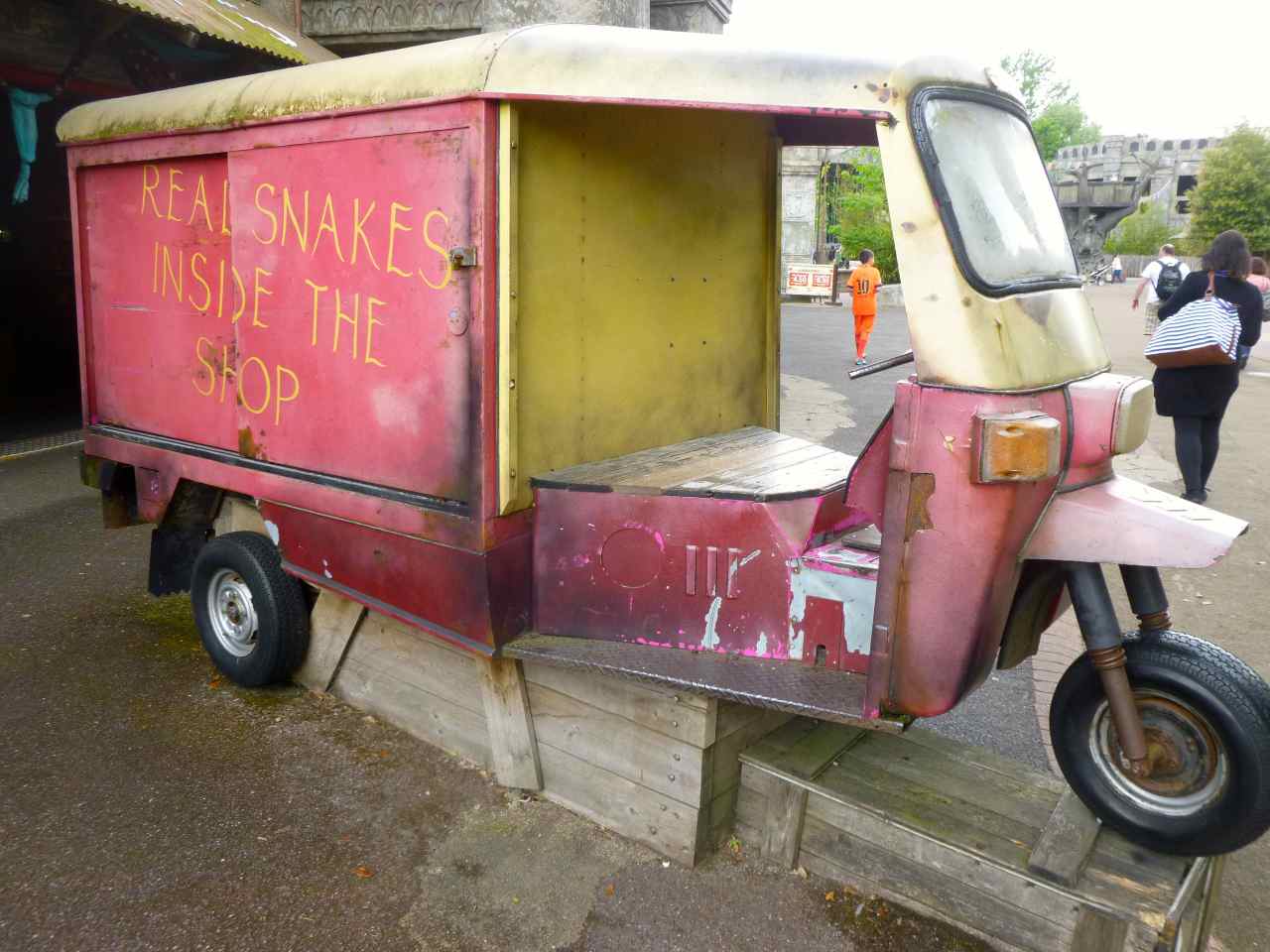 S'truth! The gift shop inside is mostly tied in to the Wild Asia/Land of the Dragons attractions around it. But tucked within is a snake cage, one of those odd little islets of zoo embedded in the main park. 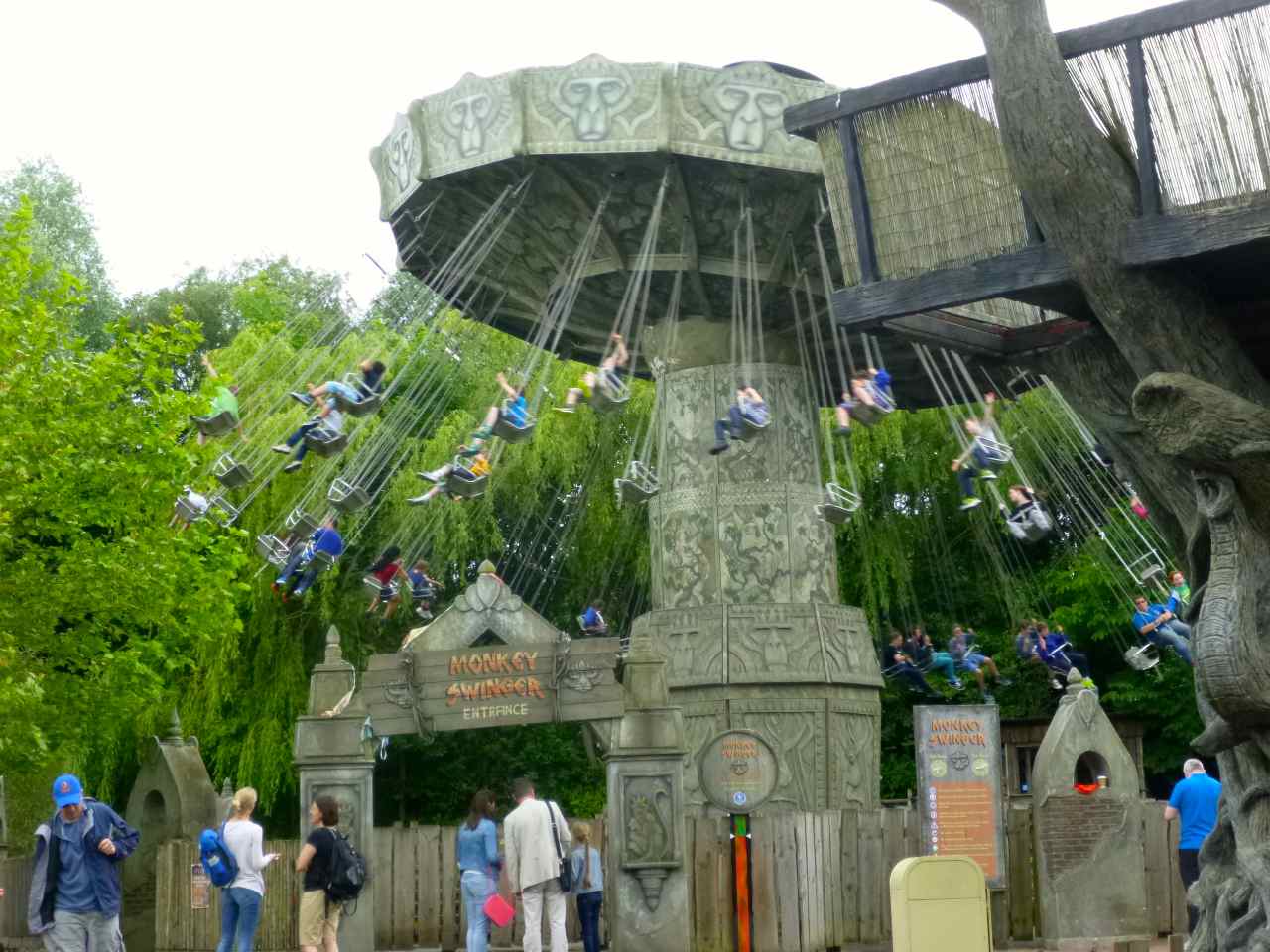 The Monkey Swinger is remarkably good-looking for being all greys and browns; it's a matter of looking like you mean to be nearly monochromatic. Not obvious here, and something that would've kept us from riding it had we realized it: water jets that spray up and soak the riders. If it were about twenty degrees Fahrenheit warmer and not so windy we'd have slightly less resented the water --- there was a lot of it --- but as it was, yeesh.

It's Friday morning, how about a review of my humor blog and stuff you missed from it since the last week?

Trivia: The normal staircase for the Santa Clara County (California) house built by Sarah Winchester (widow of the Winchester Repeating Arms factory founder) had 42 steps. Each step was two inches high. Source: A Splintered History of Wood: Belt-Sander Races, Blind Woodworkers, and Baseball Bats, Spike Carlsen. (It's not clear to me how much of that remains in the house; it's apparently managed to partially collapse at least once even in her lifetime, a century ago.)