The city desert makes you feel so cold

How about pictures from our day at Regent's Park? 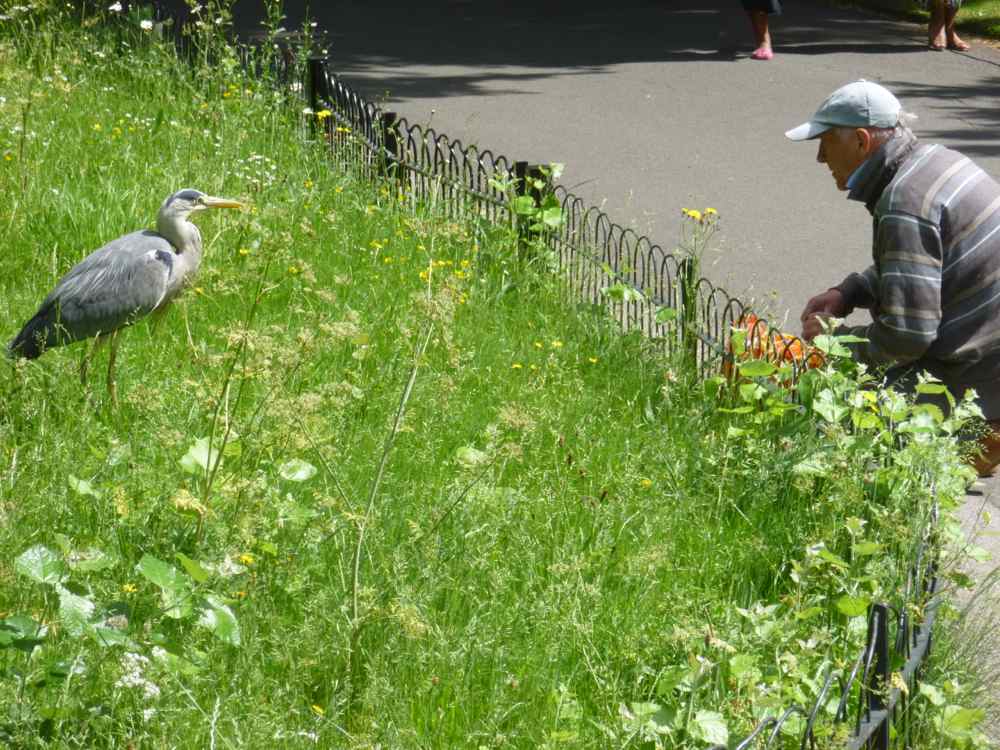 Negotiations continued into the night. 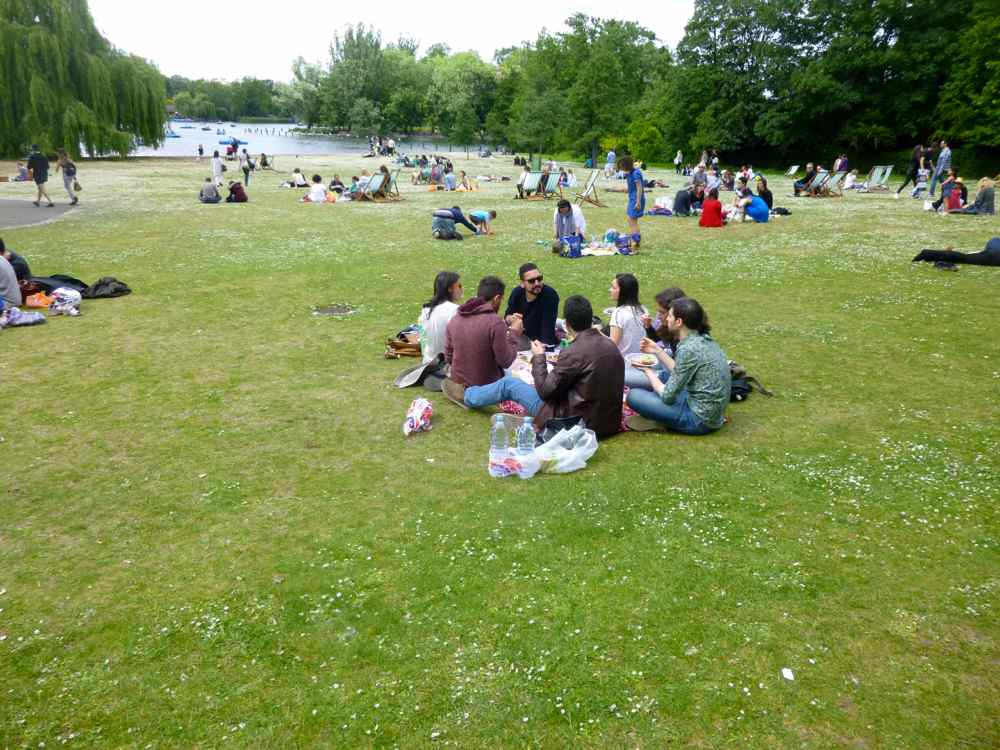 Londoners spilled all over the lawn at Regent's Park. 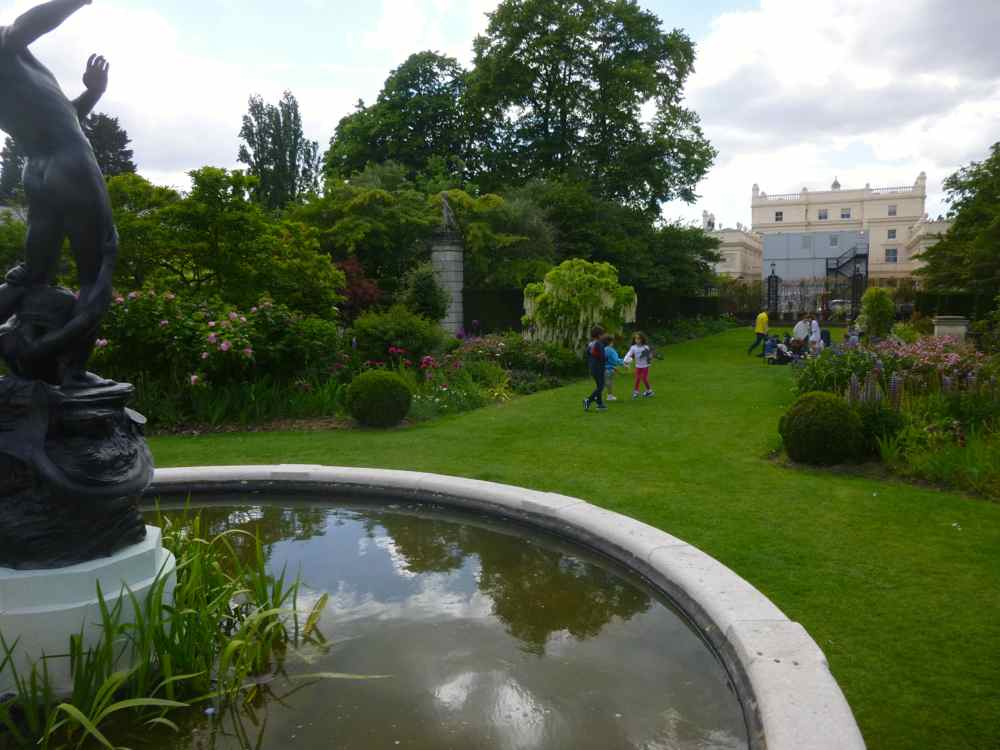 Regent's Park kept delivering spaces like this, a sub-garden just off of a piece just off of the main garden. 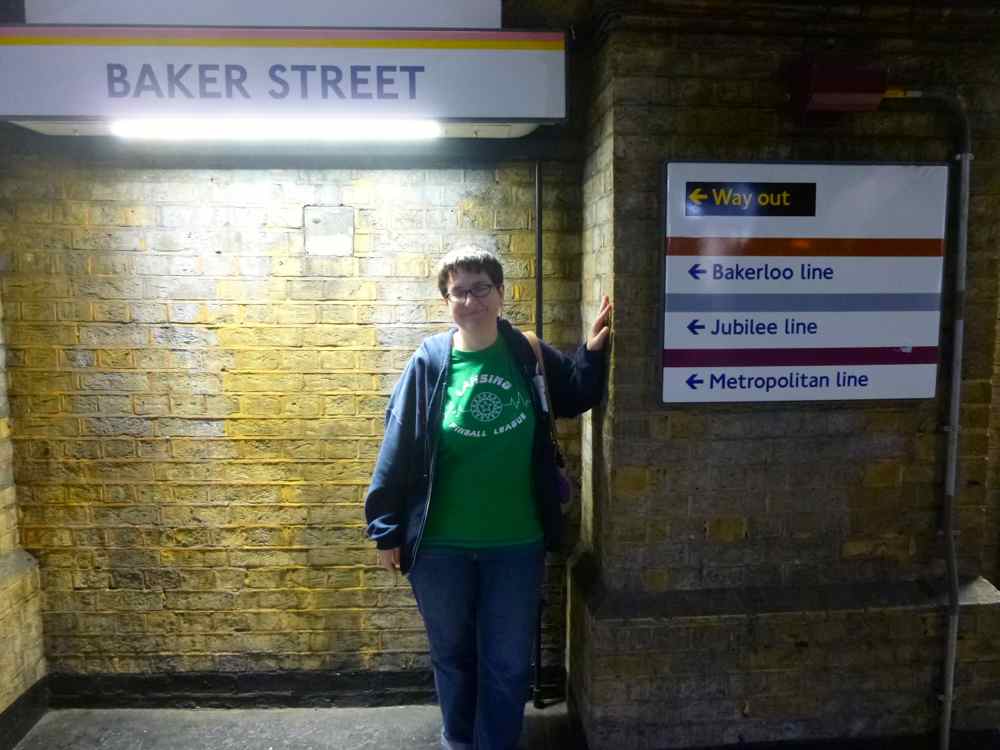 bunny_hugger bringing the news of our pinball league to the good people at a 150-year-old subway station. Could also be used for her album cover.

I hope you liked. Given that, let me list the humor blog entries of the past week, in case you missed those:

Trivia: Seventy Martian craters, ranging in ssize from 4.8 to 120 kilometers in diameter, were visible in photographs 5 through 15 of Mariner 4. Source: On Mars: Exploration of the Red Planet 1958 - 1978, Edward Clinton Ezell, Linda Neuman Ezell. NASA SP-4212.

PS: At The Home Field, about the probability of that thing a few days ago when all fifteen home teams won.