Weaving time in a tapestry

And now, some pictures from the Royal Observatory, Greenwich: 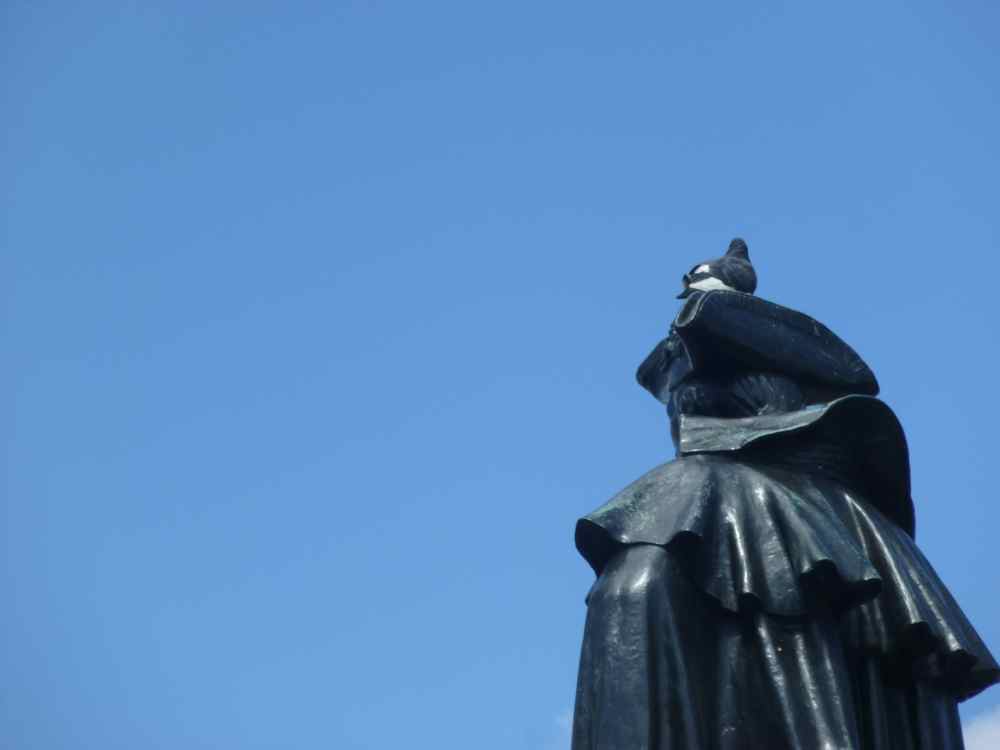 The statue of Major General James Wolfe, Conquerer of Canada, hero of the Battle of the Plains of Abraham, has a pigeon on its head. 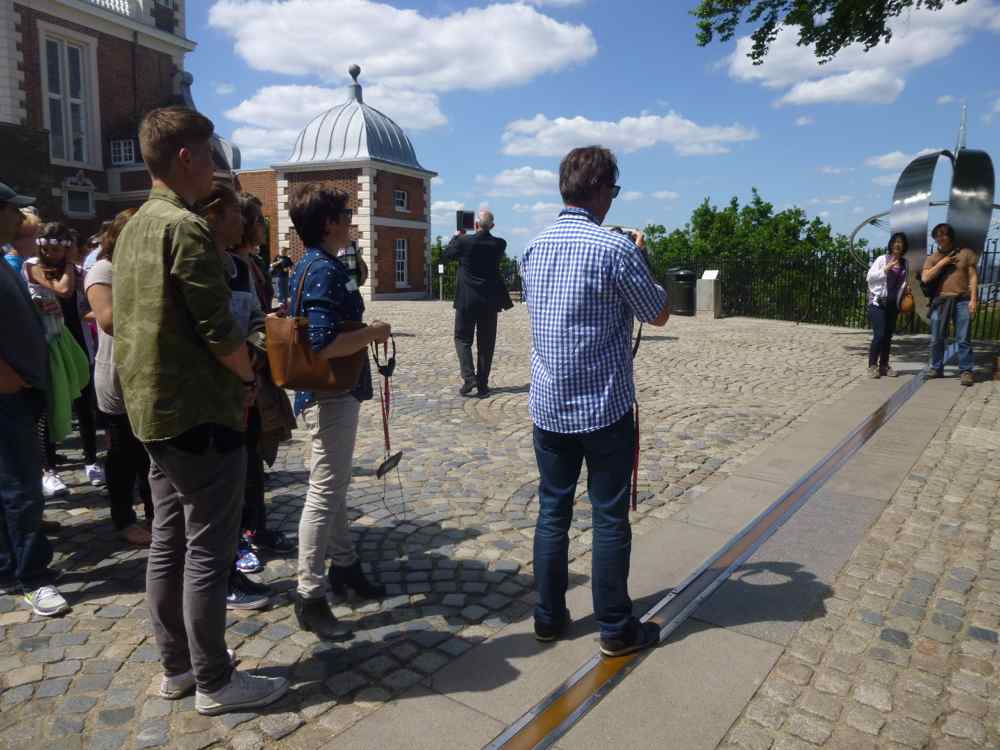 Would you stand in line for 45 minutes to take this picture on the Prime Meridian? 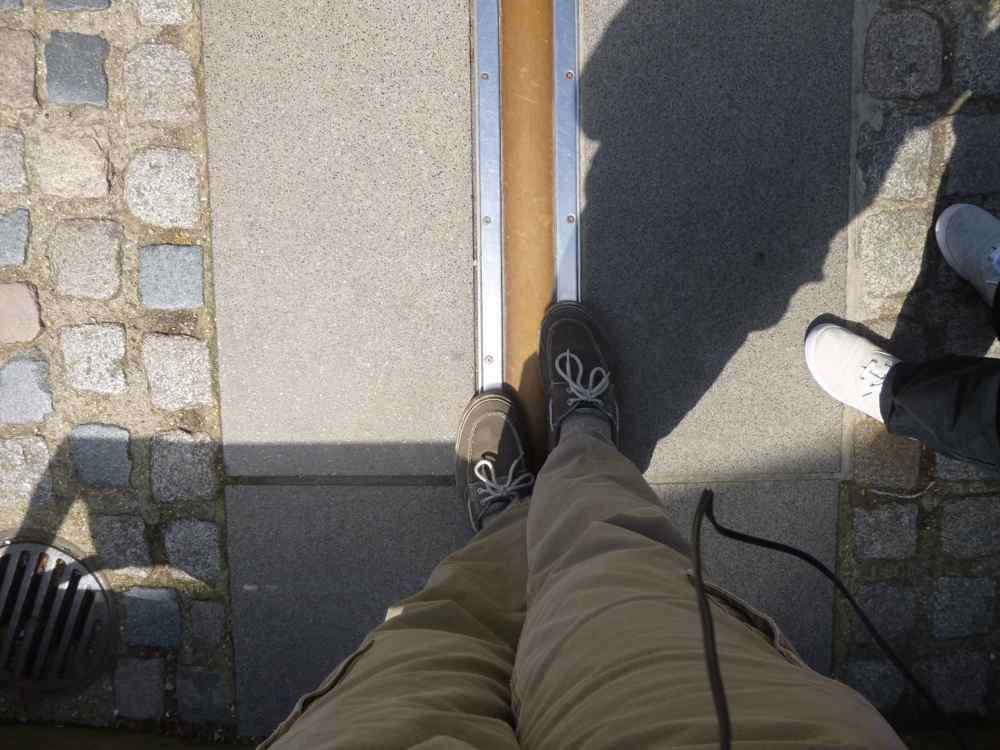 Or would you just step back a couple feet before the line queue and do something like this instead? 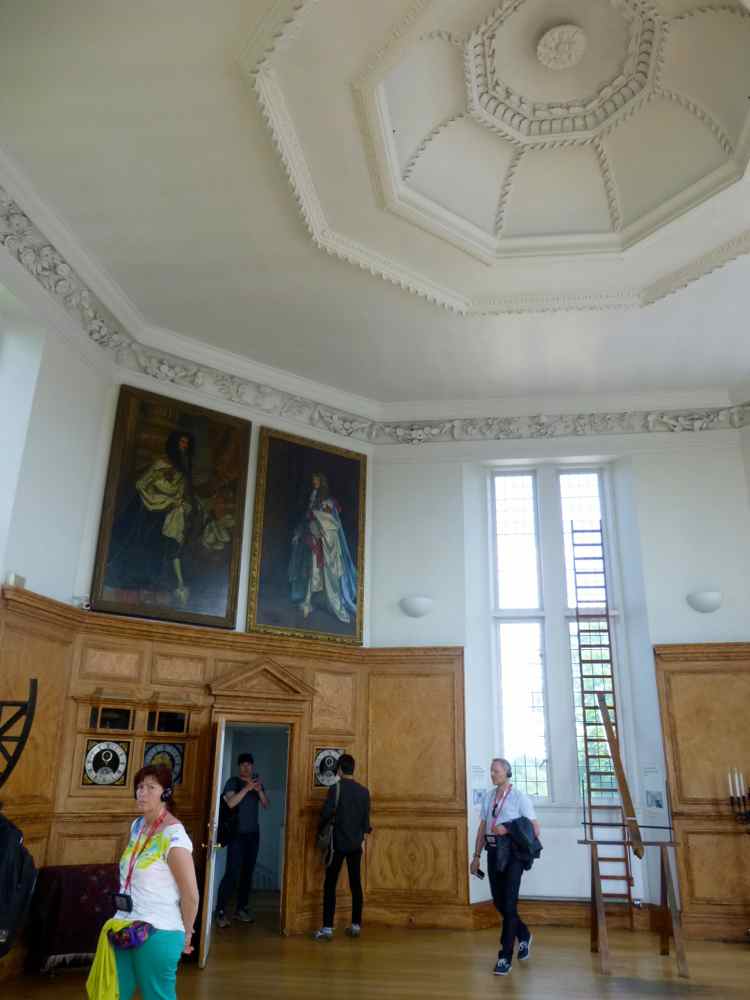 The Octagon Room, part of the original observatory. This was the one built more for show and the impressing of high-ranking visitors, rather than sparse utility and functionality. 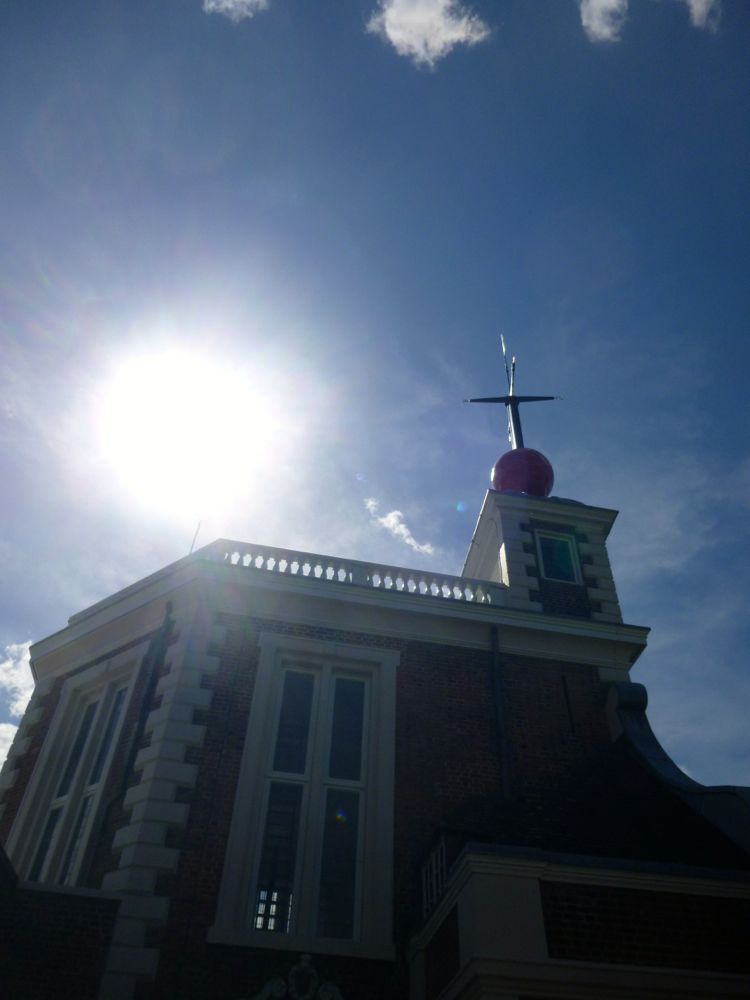 The Time Ball, indicating how it is presently not 1 pm.

Trivia: In 1883 the Strasbourg city fathers held a dedication ceremony for the new railroad station's lights. When the switch was turned on, rather than the 1,200 Edison bulbs lighting, there was a terrible explosion that blew out a wall. Kaiser William I was in attendance. (The German government, not unfairly, refused to accept the power plant, or pay for it, until considerable reworking was done.) Source: Empires of Light: Edison, Tesla, Westinghouse, and the Race to Electrify the World, Jill Jonnes.