But, oh, oh, those summer nights

And Sunday, so, some pictures and then a roundup of mathematics posts; how's that sound? 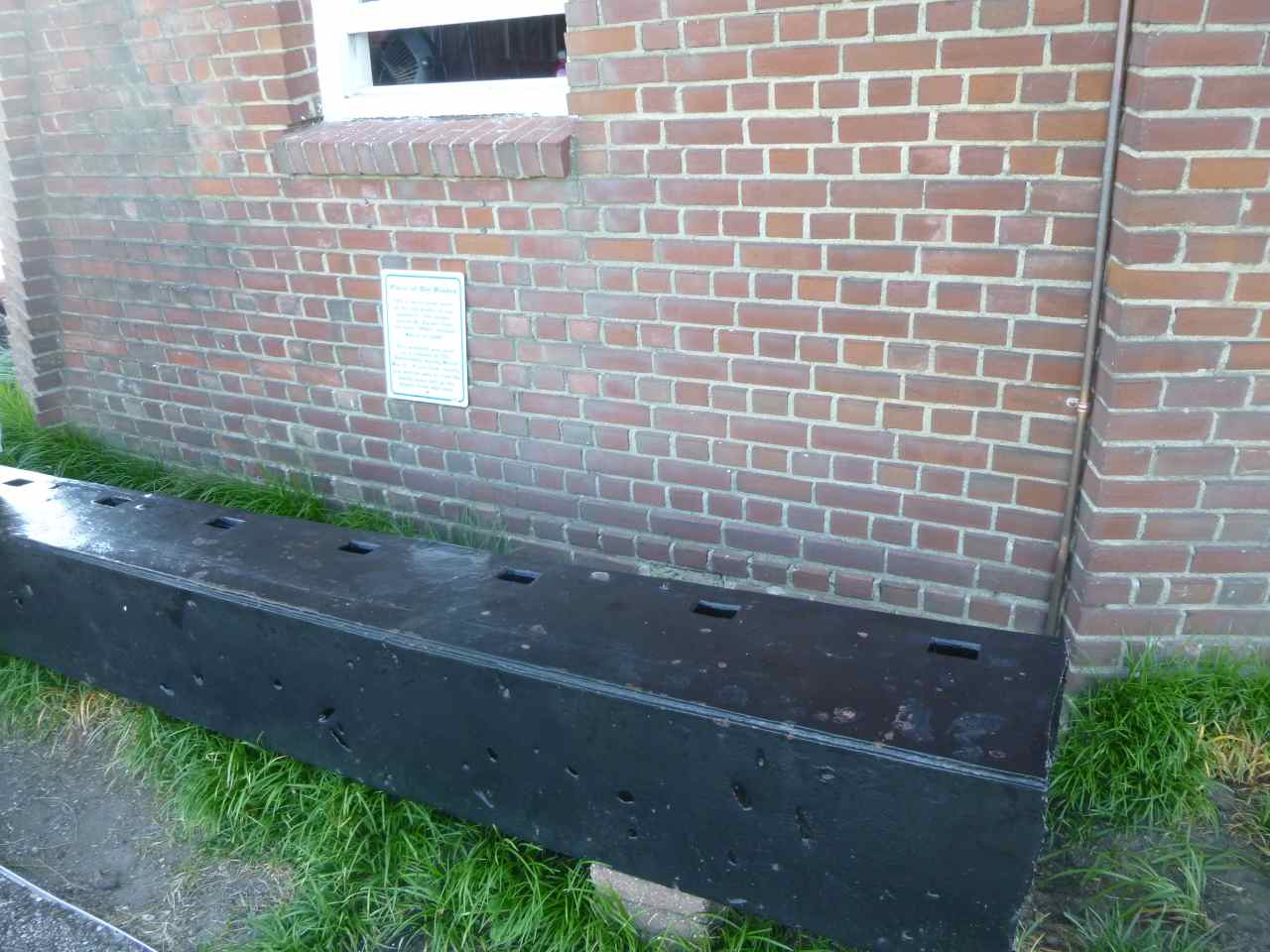 One of the old blades from the Windmill Isle windmill. The plaque explains that if you look closely you might see bullet holes from World War II. 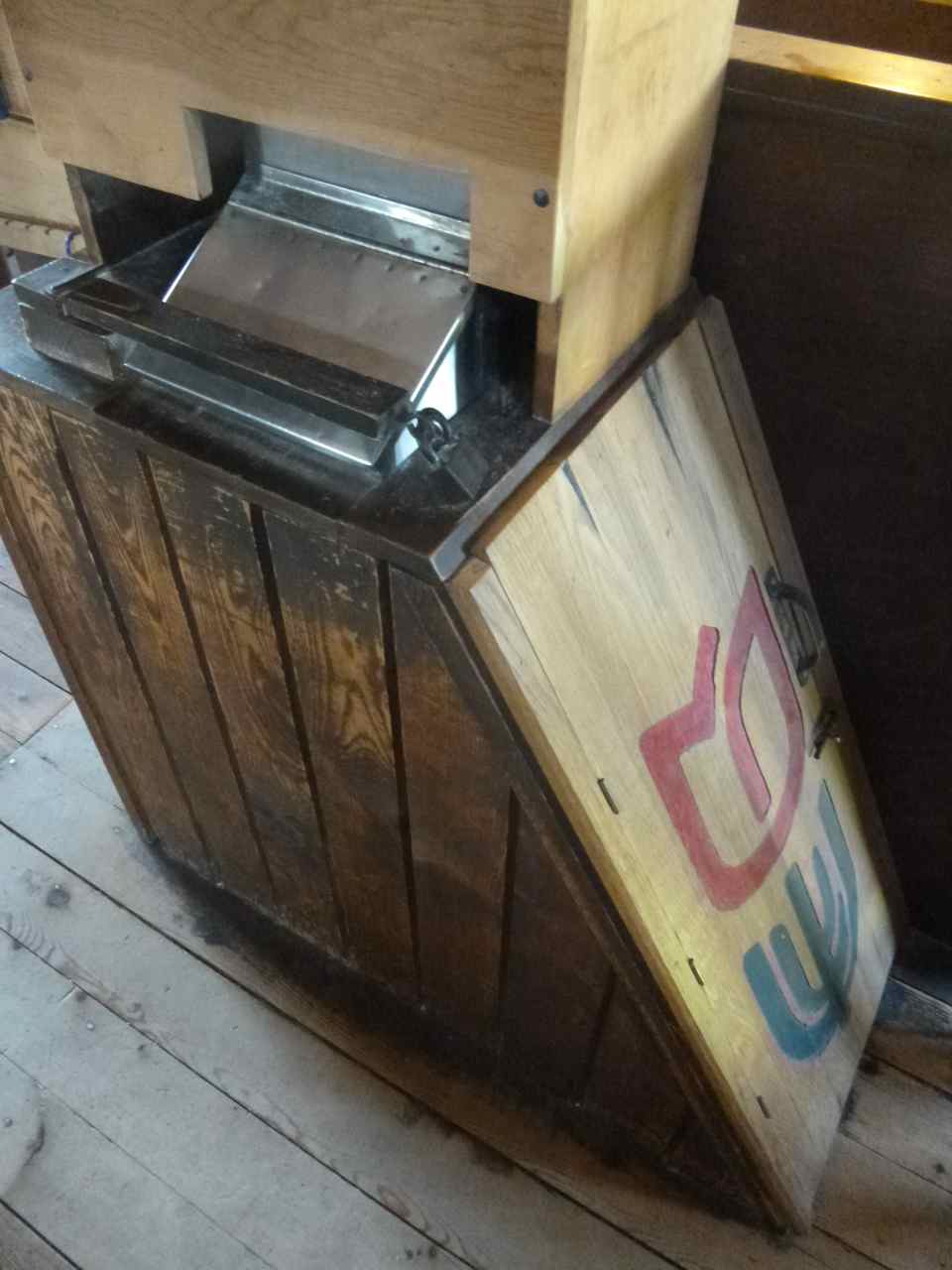 Part of the grain hopper; I believe this is where one could draw a sample to make sure the milling is going as intended. Mostly though this shows off the tulip pattern whose origin we couldn't get explained. Yes, we know tulips are a symbol of the Netherlands, but who designed this particular one? 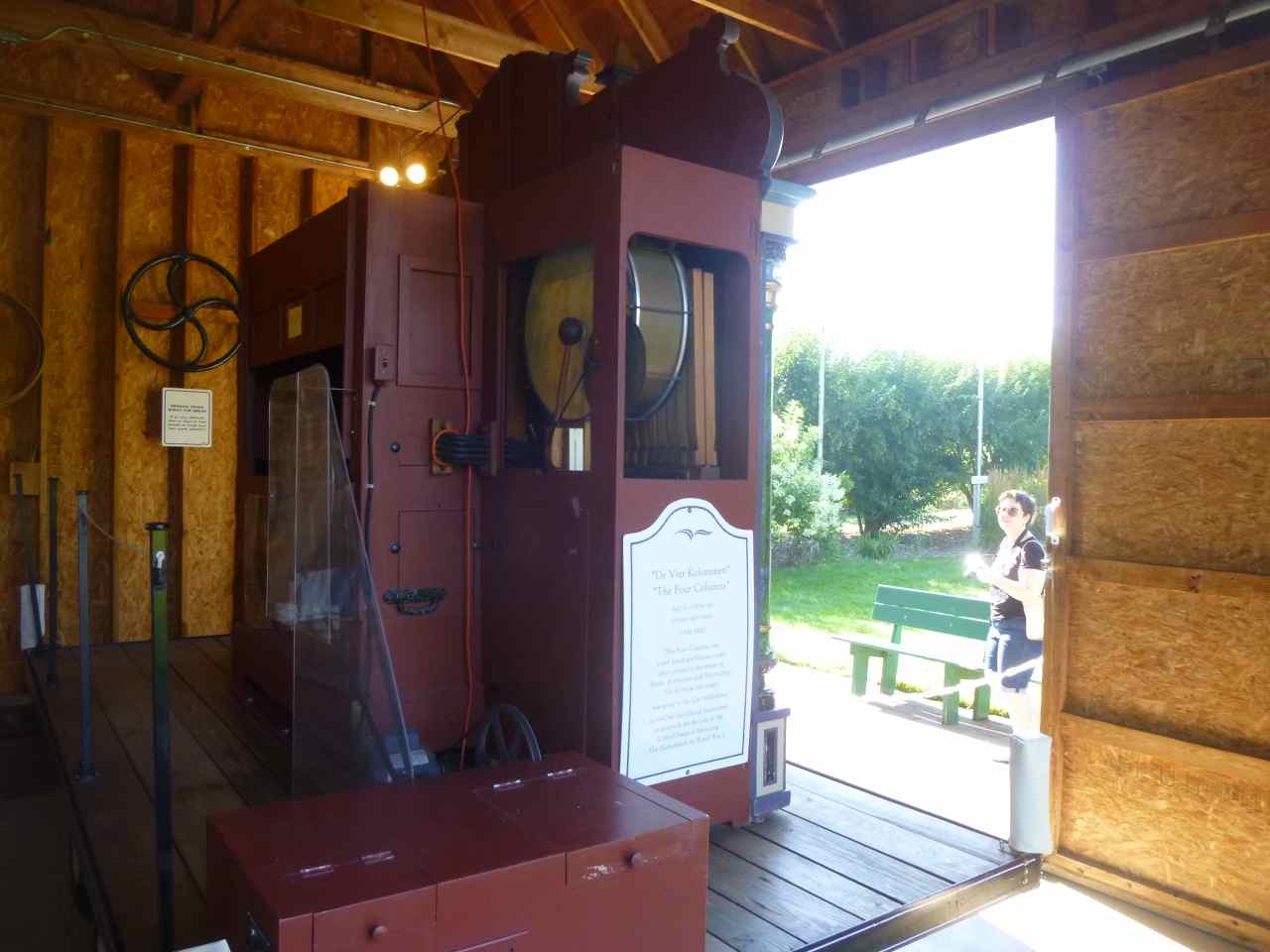 ``The Four Columns'', a street organ set up at Windmill Isle. Viewed from the back because how could I resist looking at the back of his sort of thing? 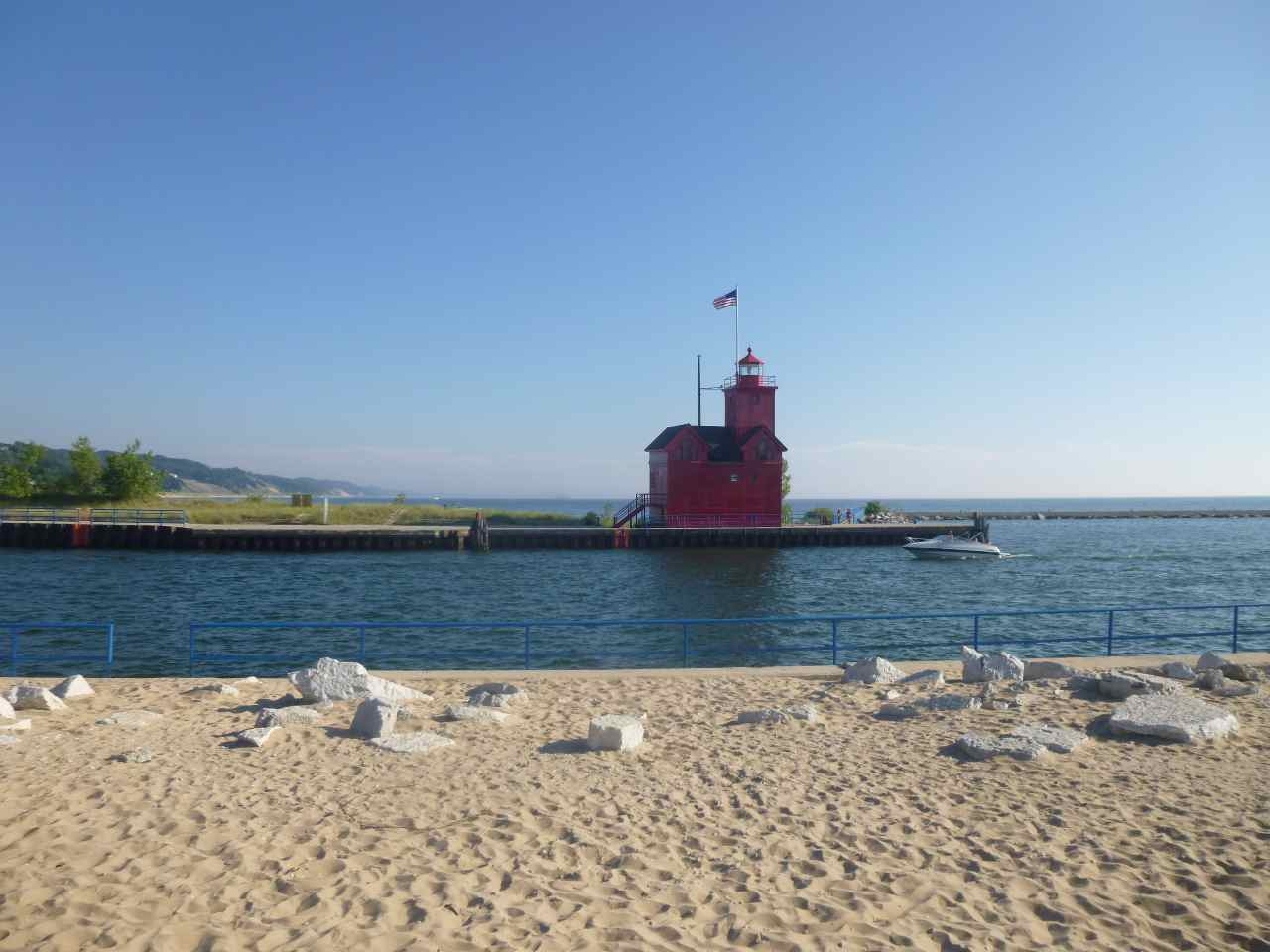 Holland's lighthouse, viewed from about as close as we could get to it. Michigan shoreline lighthouses aren't generally very big things. 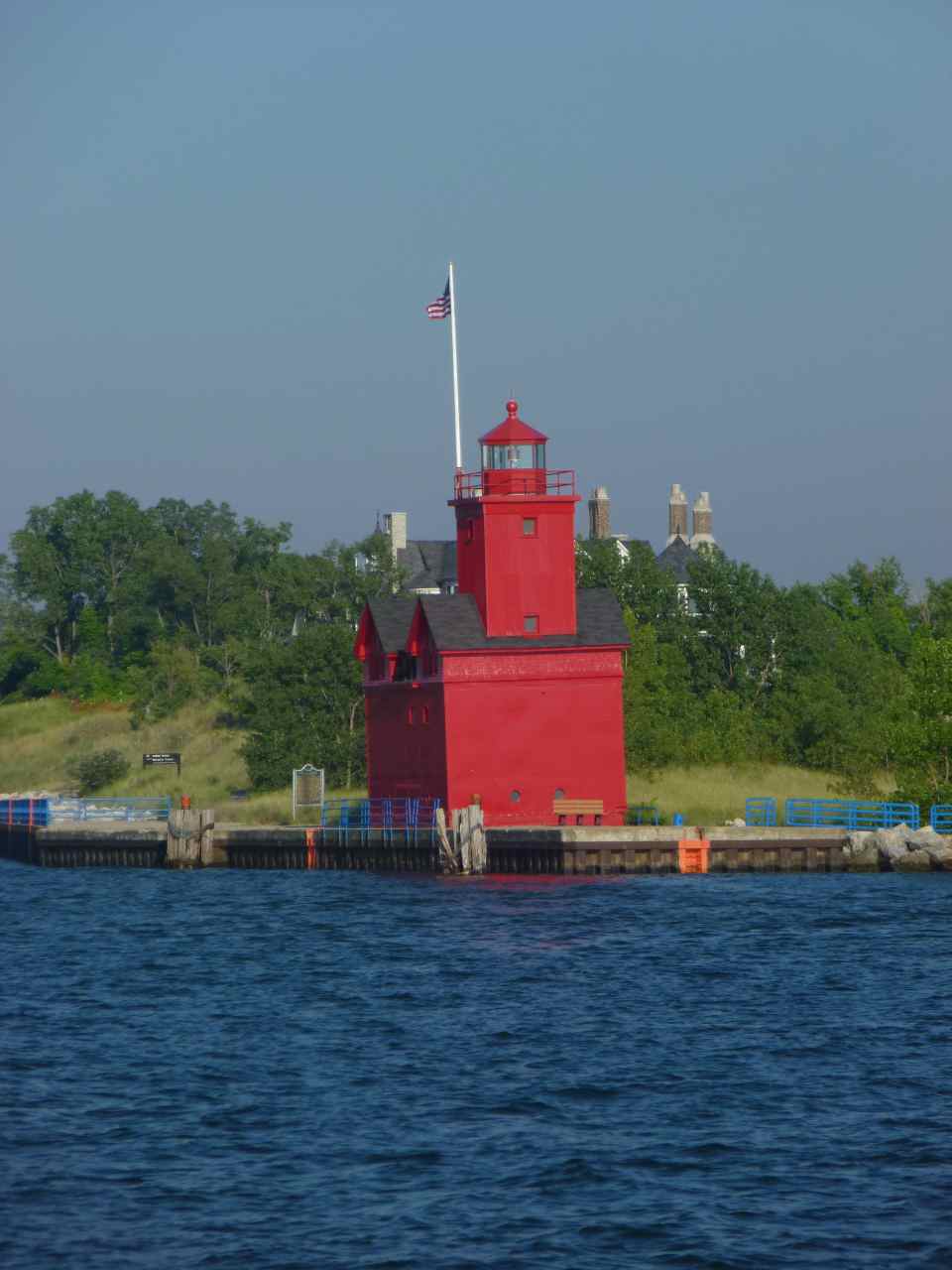 Another view of Holland's lighthouse. Background: one of the mansions that closes off public access to the place.

It's been a light-work kind of week for mathematics blog posts:

To make sure you don't miss something between updates you might add this to your Friends page, or you might add it to your RSS reader. Or you can go over there and subscribe and have new posts e-mailed to you, in which case you'll get to see the clumsy mistakes I make and hastily edit right after publishing.

Trivia: In early 1970 the Penn Central Company, a holding company, acquired through stock swaps its first assets outside the soon-to-be-bankrupt railroad: shares in the Southwest Oil & Refining Company and the Royal Petroleum Corporation. In February 1971, at the insistence of management of the small oil companies, the swap was rescinded. Source: The Wreck of the Penn Central: The Real Story Behind The Largest Bankruptcy In American History, Joseph R Daughen, Peter Binzen.