Haul out the holly; put up the tree before my spirit falls again

So in the march of trip photographs we've got up to Santa's Village. Enjoy! 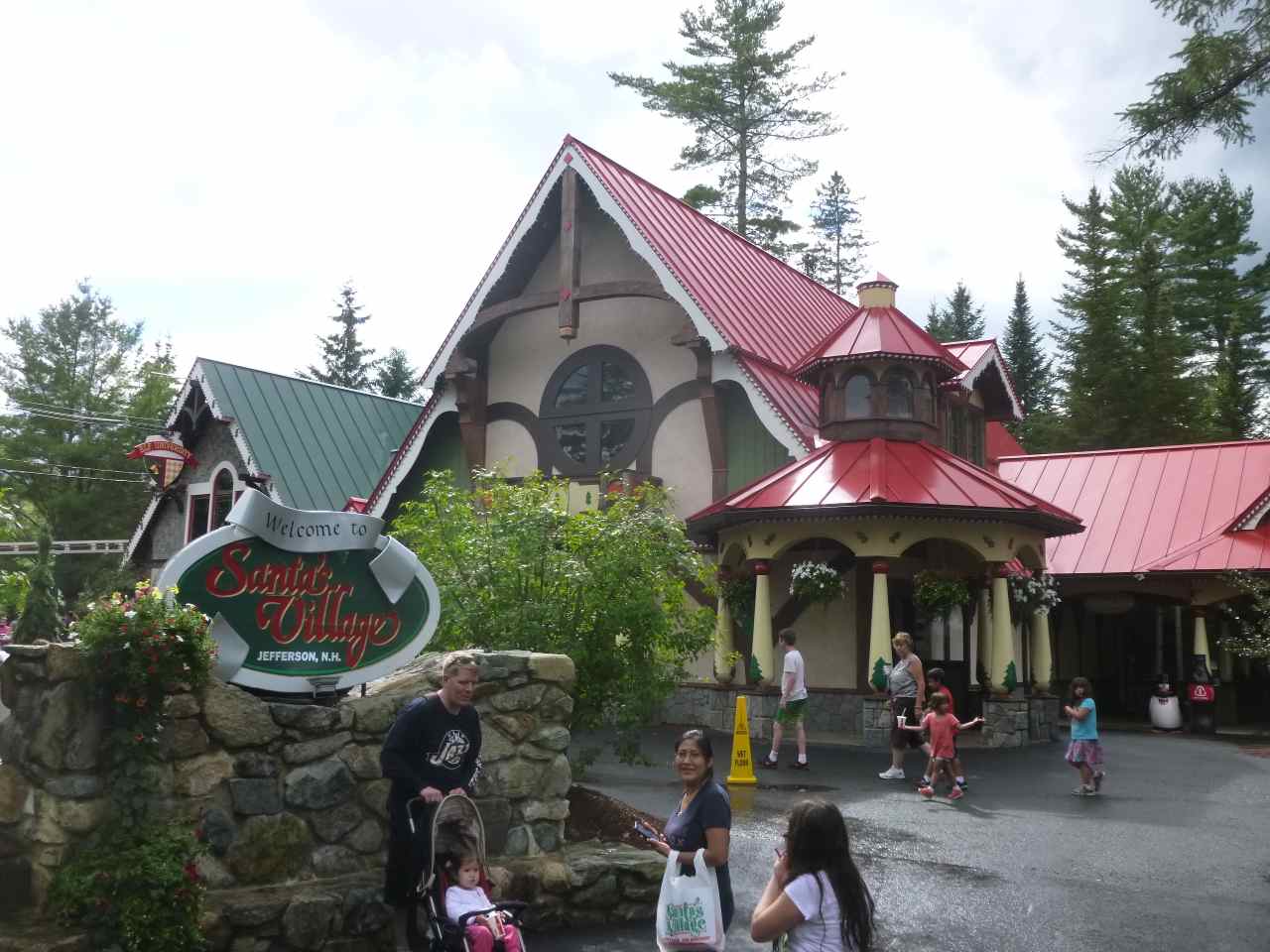 The entrance to Santa's Village, Jefferson, New Hampshire. If you aren't enchanted by this already I don't know that we'll ever have anything in common. We missed the worst of the rain that day driving to the park, but there was evidence of it around. 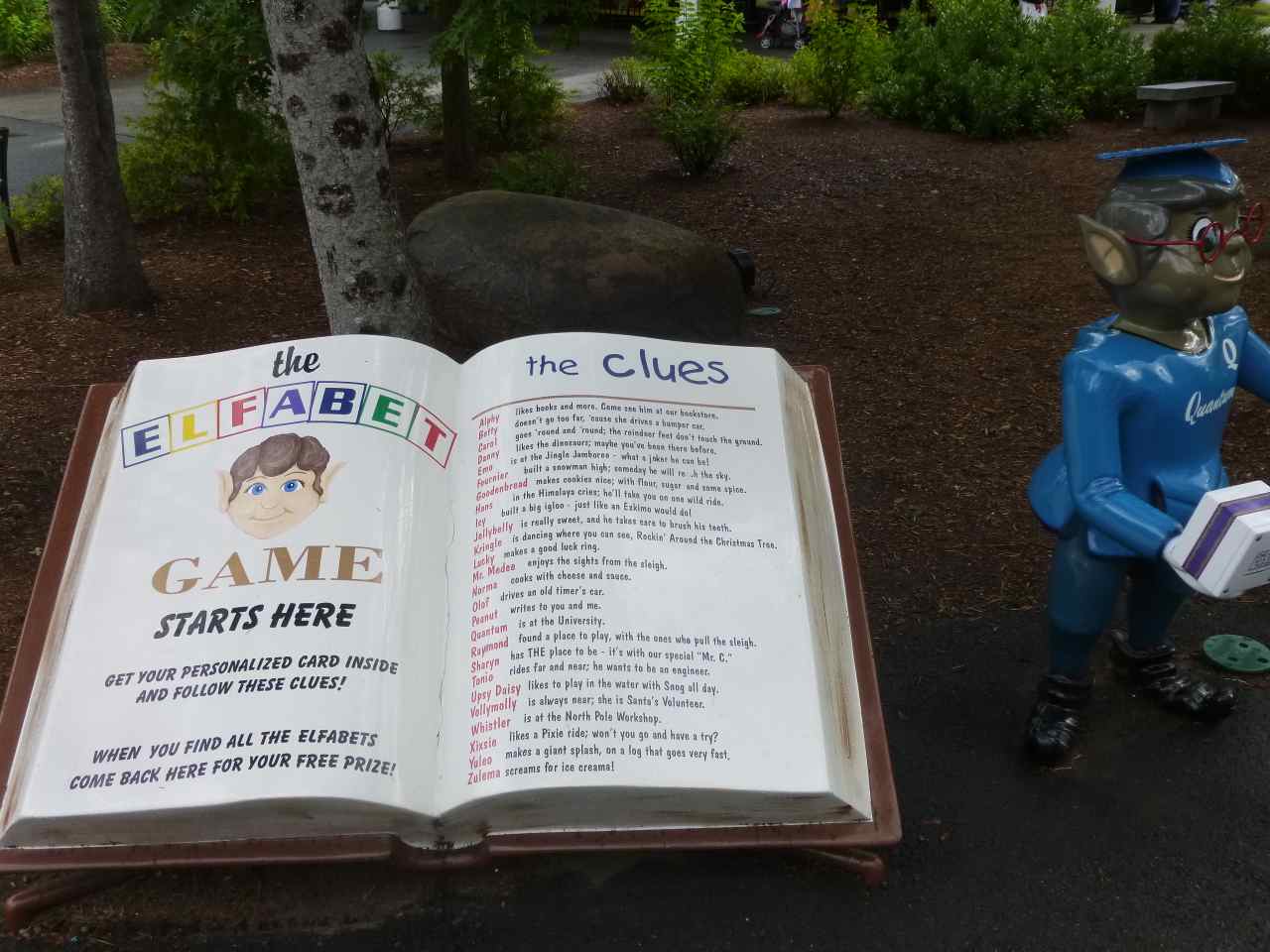 Among the Santa's Village attractions was the Elfabet Game. Go to Elf University, get a card, and get them stamped at each letter of the alphabet. Quantum is on the elf on the right of the picture. 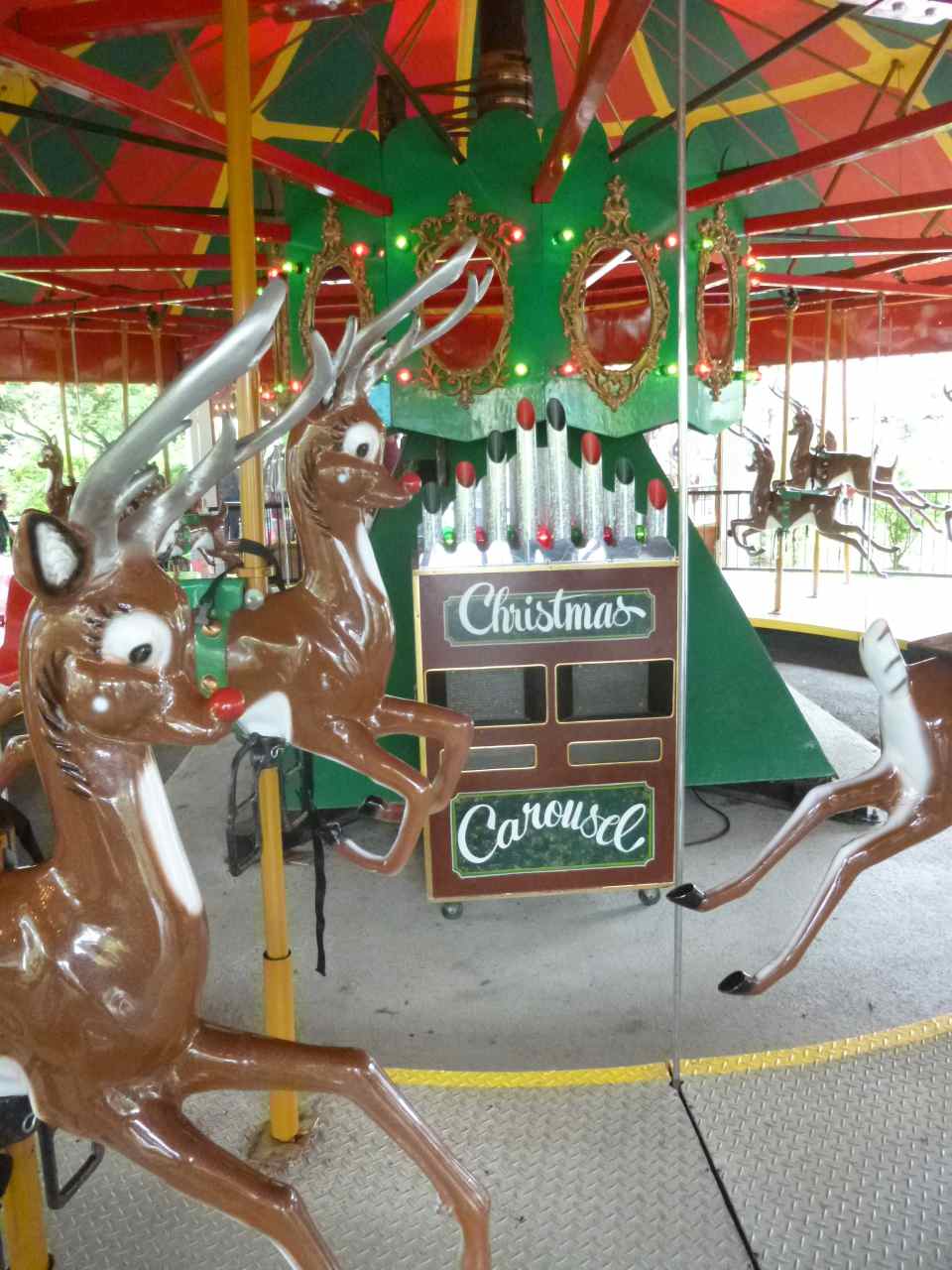 The Christmas Carousel! All the mounts on it are Rudolphs, and you see what the organ looks like. 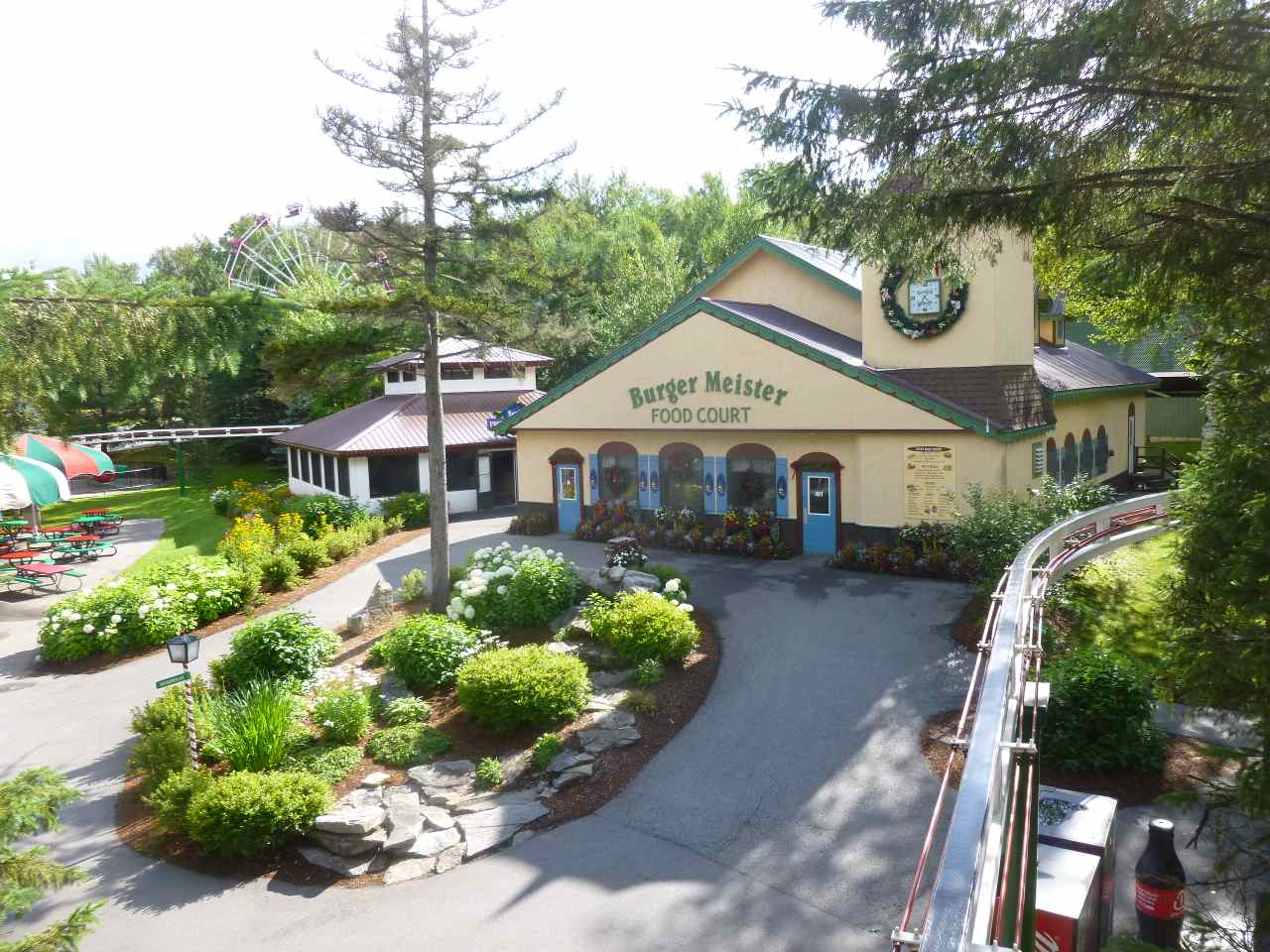 A view from the Skyway Sleigh monorail. This'll do for an idea of what the park generally looks like, because, hey, Burger Meister Food Court. You can kind of see the Christmas Ferris Wheel in the far distance. 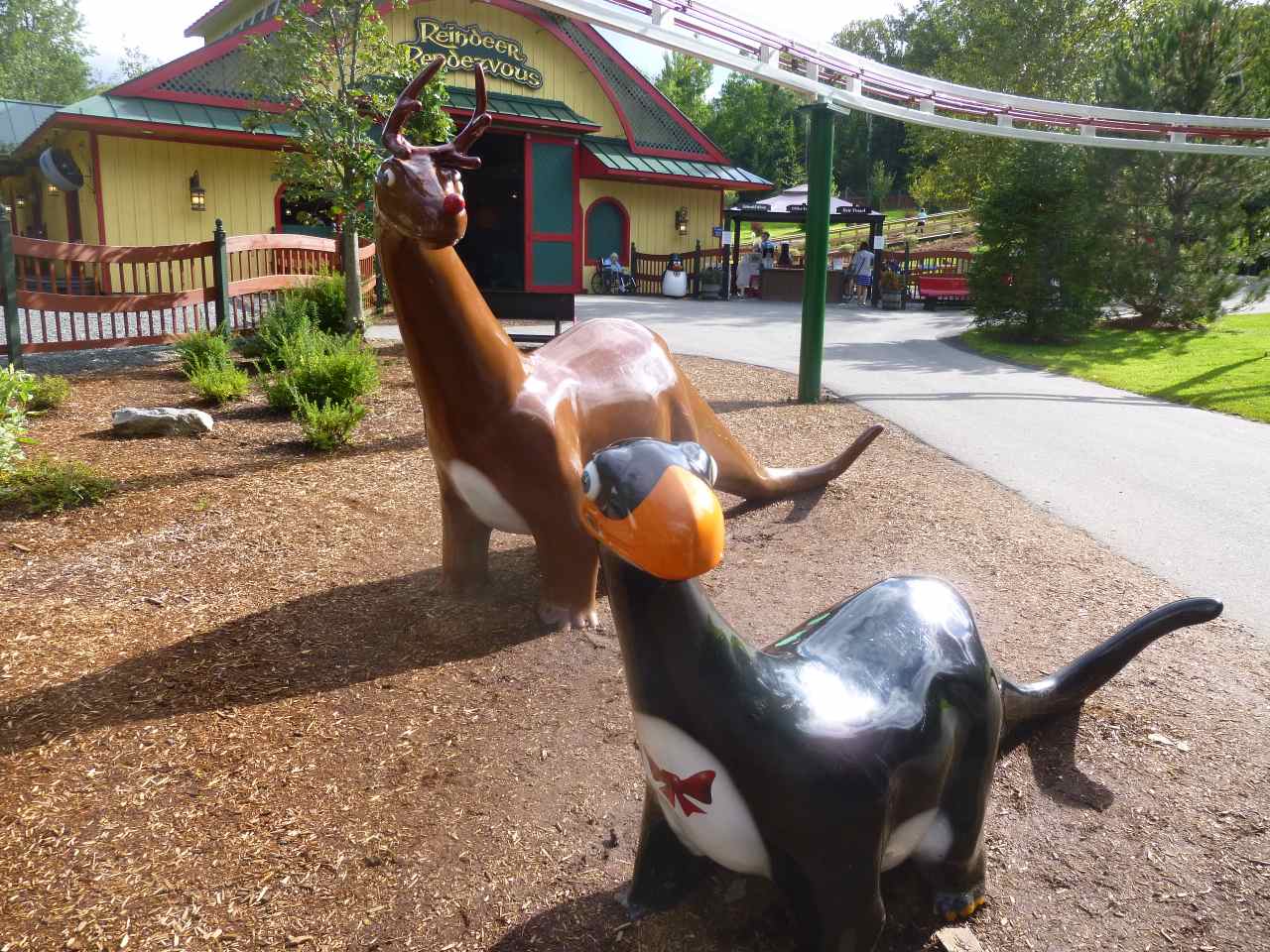 A Rudysaurus and a Penguinadon! Part reindeer-or-penguin, part dinosaur. Why? ... I can't really tell you, but they do have a way of catching the imagination, don't they?

And for humor blog stuff the past week, we've had:

Trivia: Early 20th-century reconstructions of the mechanical crossbows described by Hero of Alexandria indicate the smaller crossbows had a maximum range of about 325 yards, and the larger ones probable ranges near 400 yards. Source: A History of Mechanical Inventions, Abbott Payson Usher.