Fill up the stocking; I may be rushing things, but, deck the halls again now

And ahead of the mathematics posts of the past week, here's some more Santa's Village pictures. 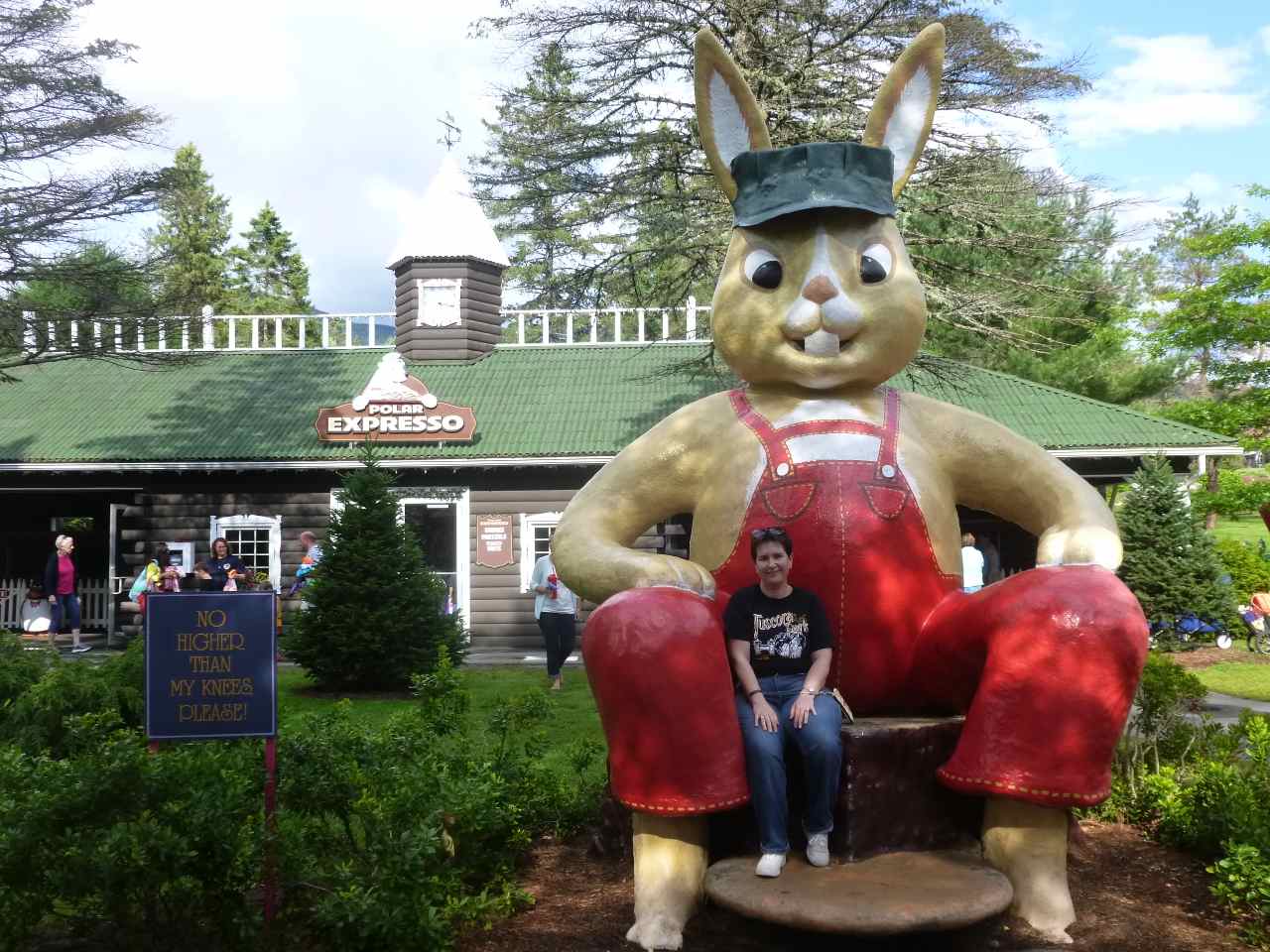 bunny_hugger sitting at one of the park's statues. There's snowmen and the like also in the park. I'm ... not exactly sure what the rabbit has to do with Christmas. Yes, that's a coffee shop in the background. 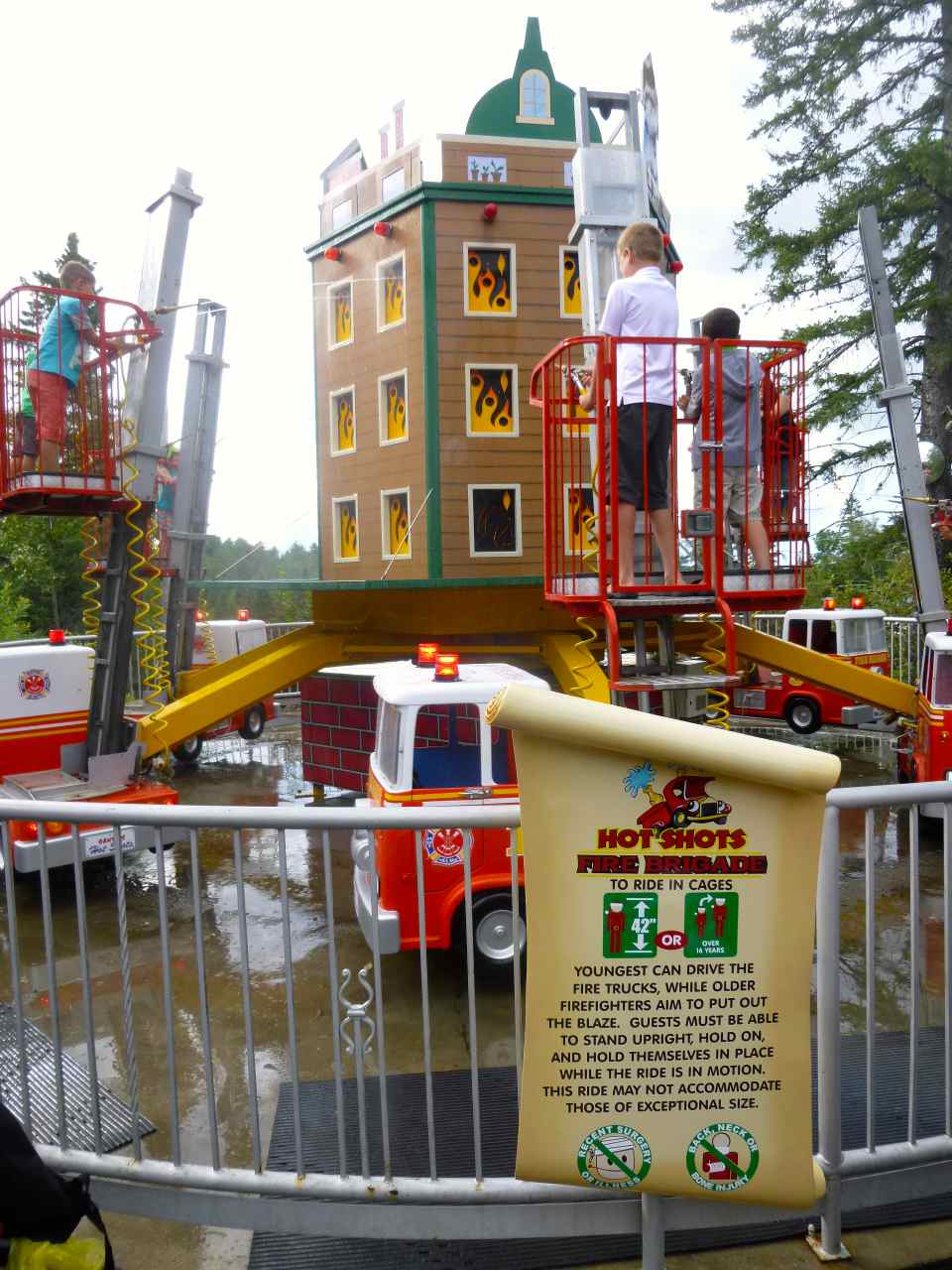 The Hot Shots Fire Brigade! One of the few completely non-Christmas-themed rides at the park. The whole structure rotates and the platforms go up and down while water squirts at targets in the windows. 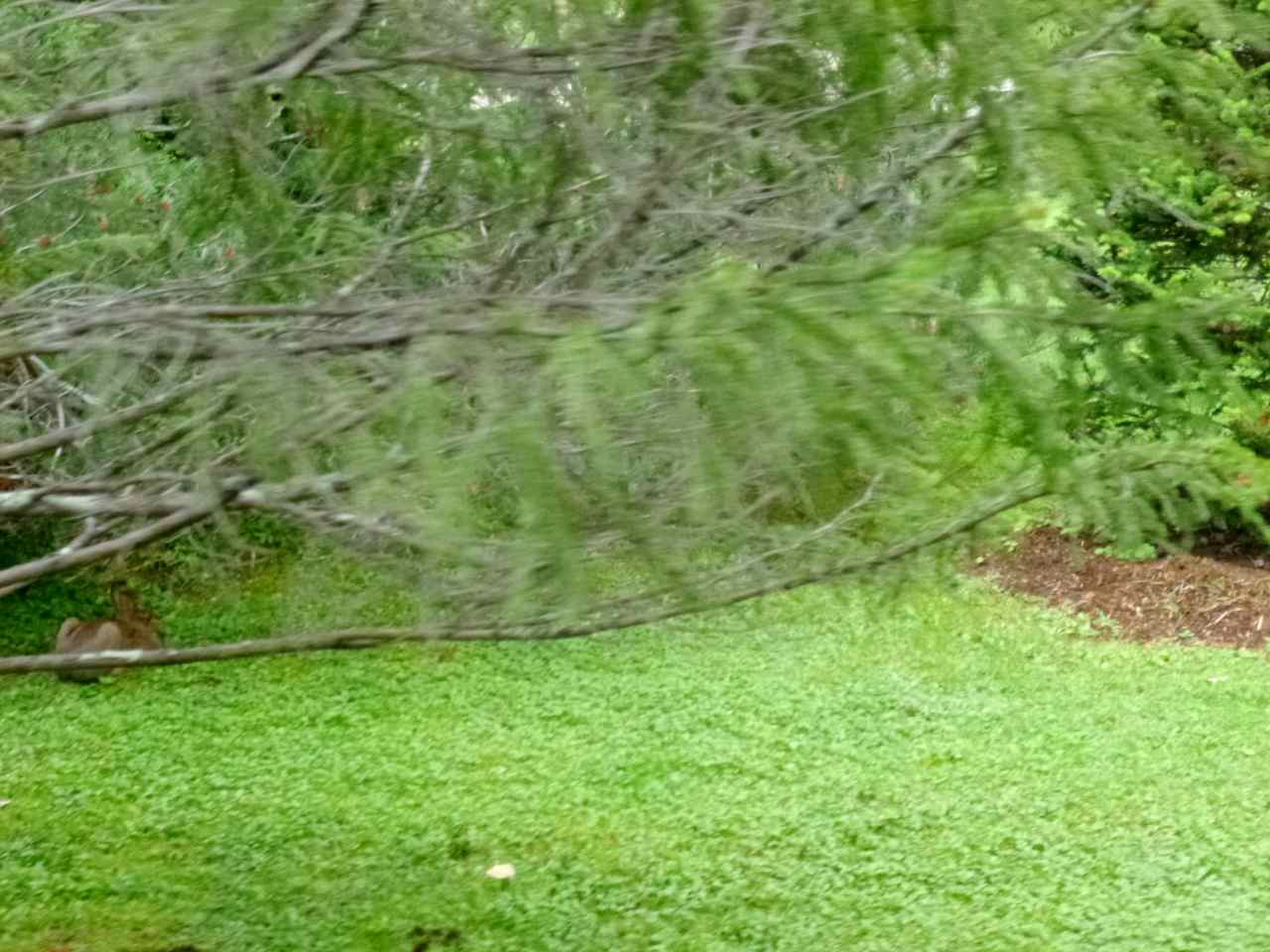 Bunny! From the train ride around the back of the park. One of the local rabbits (far left, center) seemed quite at ease with the train full of people chugging along, admittedly thirty feet away.

bunny_hugger has since concluded this was likely a snowshoe hare, which she's always wanted to see in the wild, so naturally we would see it in its summer pelage. 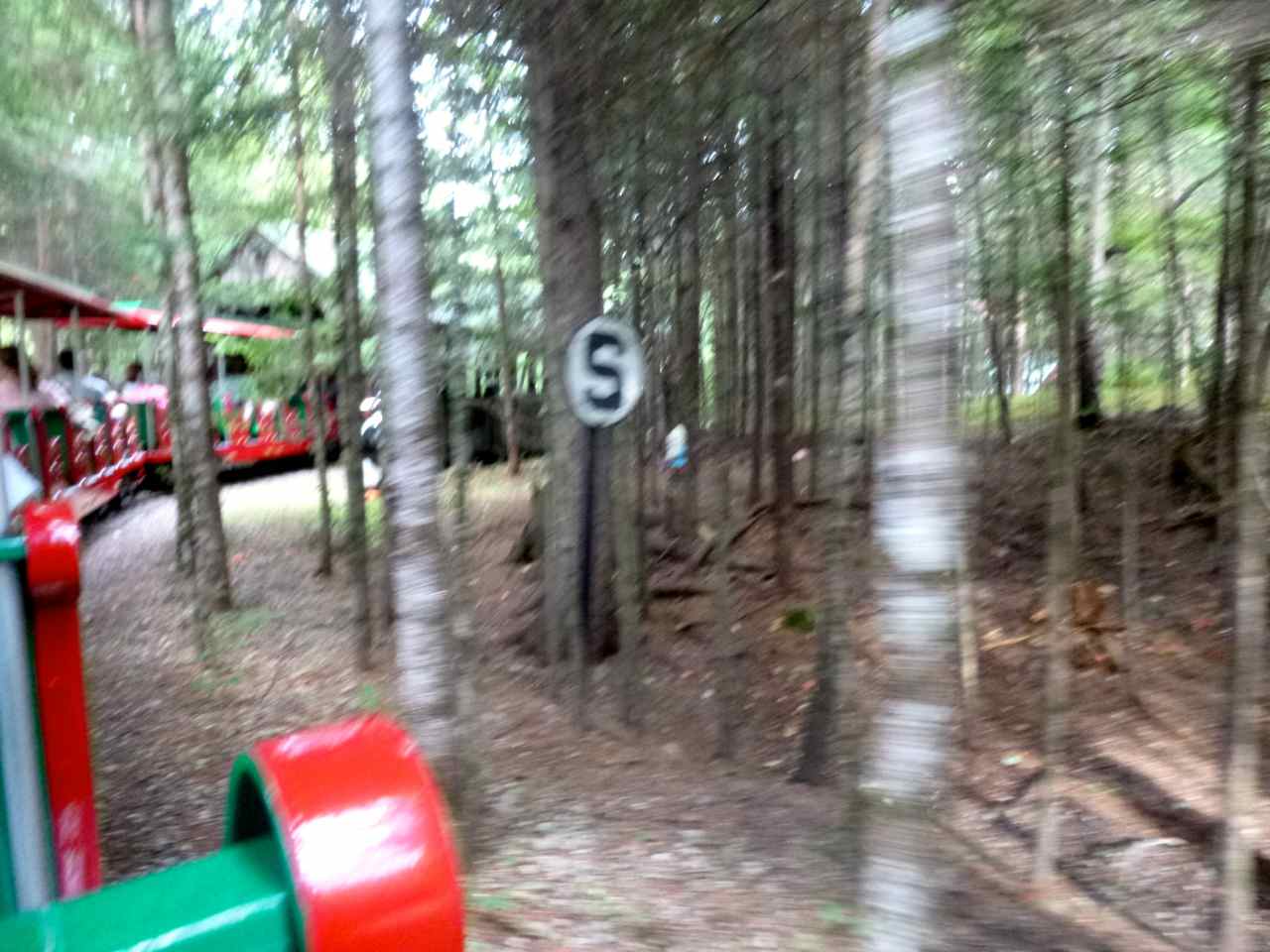 Spartan pride! An S shield nailed up deep in the woods and left without explanation. Apparently there's a local team called the Spartans, that happens to use a green S rather like Michigan State's, although come to think of it Michigan State usually puts it as a white S on a green field. 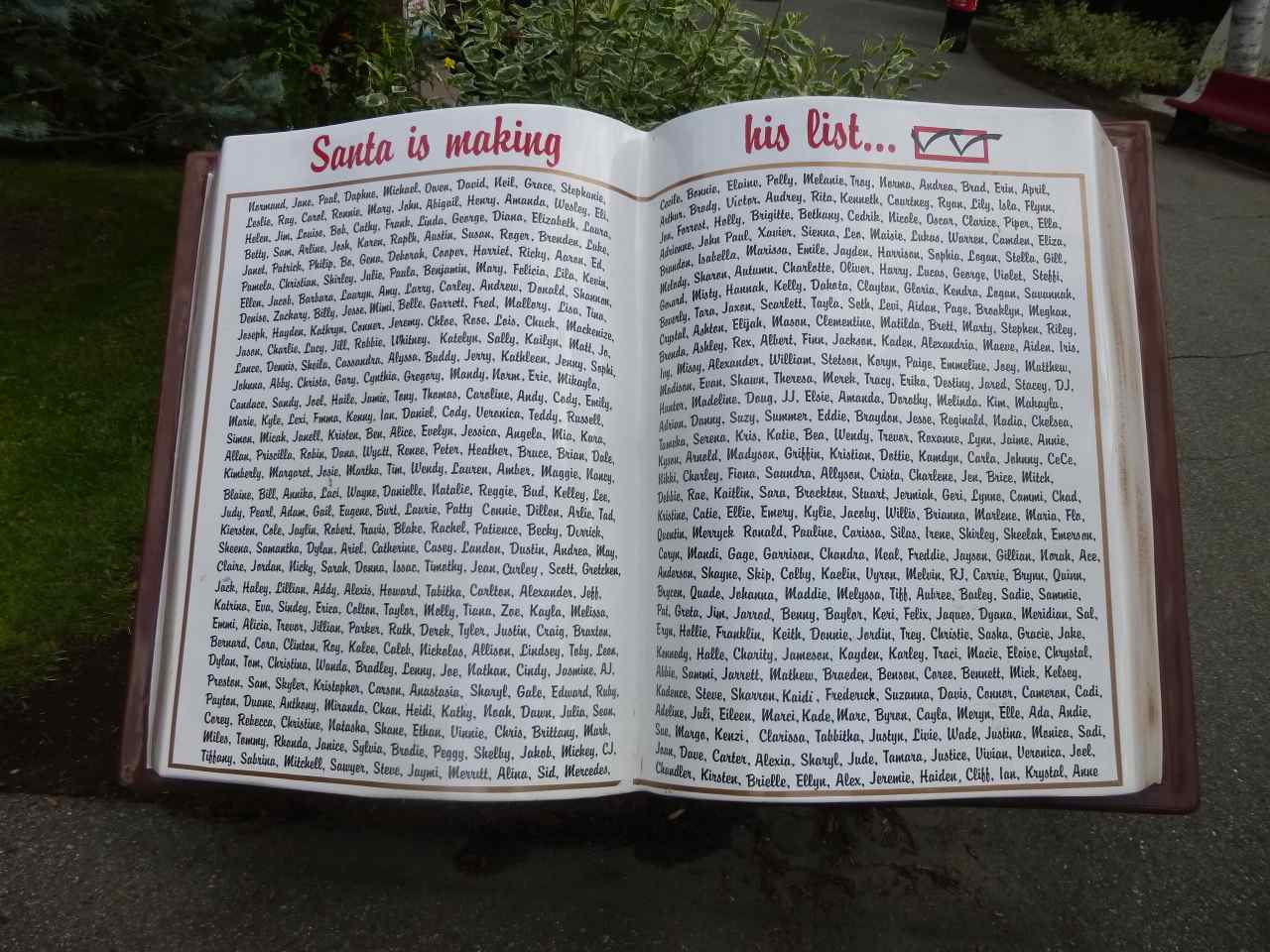 Santa's List! Do you see your name on it? If you do, do you know whether this is Santa's list of good or of bad kids? Shouldn't you have checked that first?

And what's run on my mathematics blog since last Sunday?

Trivia: In 1929 AT&T became the first corporation to have gross revenues of over a billion dollars. Source: Telephone: The First Hundred Years, John Brooks.

Currently Reading: Roads To Infinity: The Mathematics Of Truth And Proof, John Stillwell.