You're everything a big bad wolf would want

And a bit more of Story Land for this Sunday ... 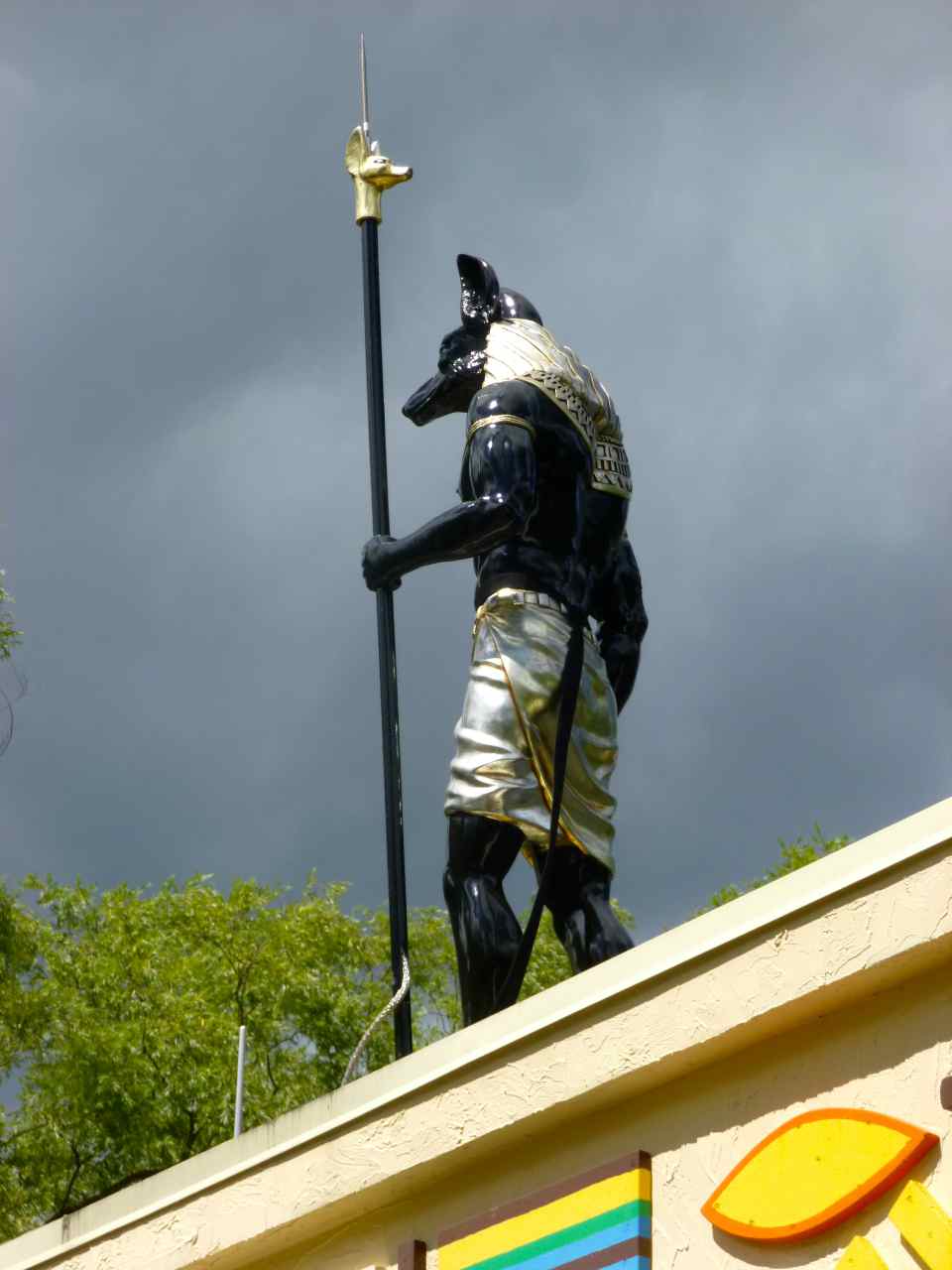 Figure atop Splash Battle: Pharaoh's Reign. It's a raft ride in which both the rafters and the people standing on the outside have water cannons they can shoot at each other. This is one of the sculptures standing on top of the station, which goes well past the minimum necessary amount of work for an Egyptian themed station. 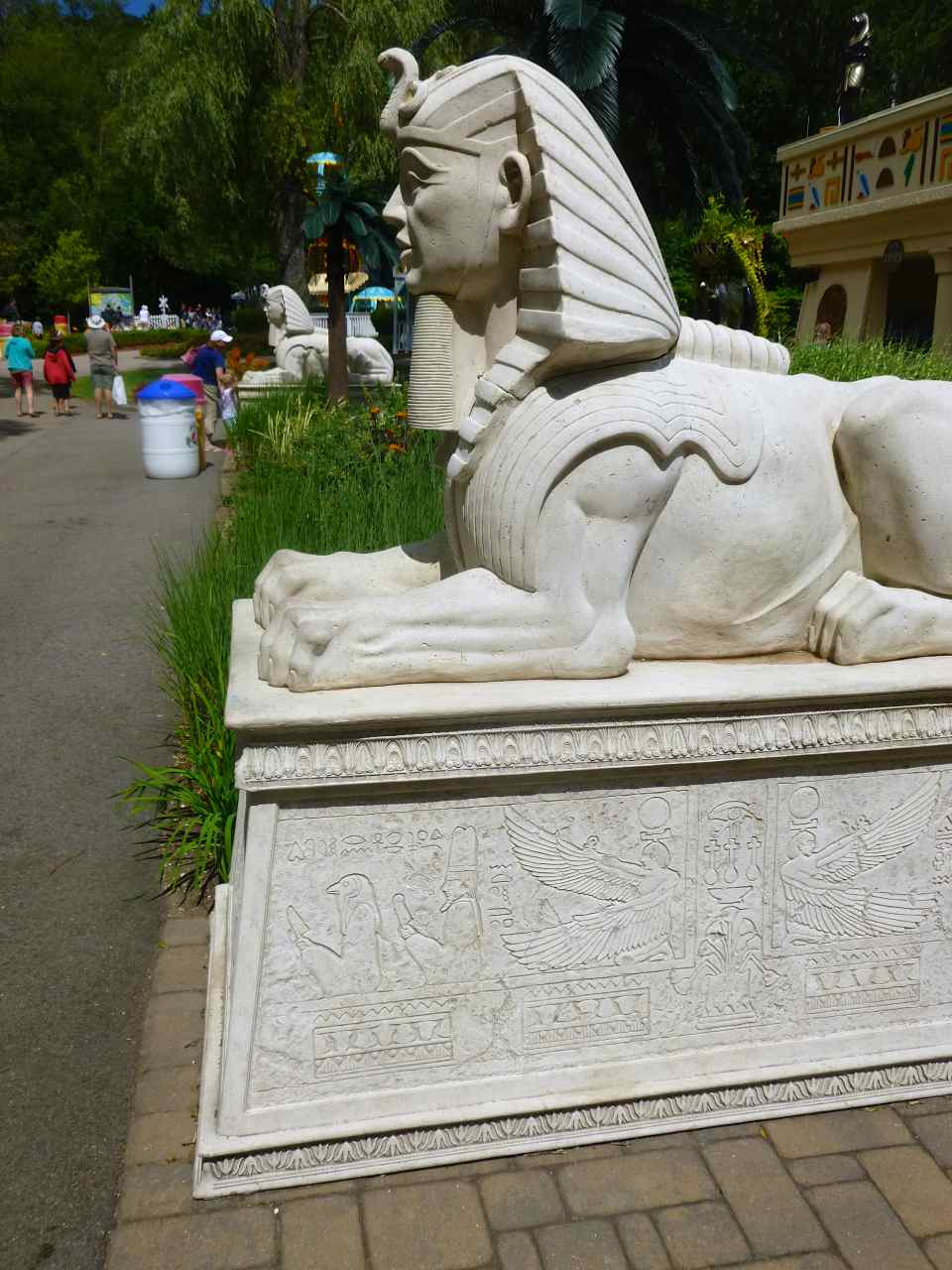 Sphinx sculpture outside Splash Battle: Pharaoh's Reign. The hieroglyphics caught our minds, though. Are they just replicas of something from Actual Egypt? Could it be that someone's burial inscription stood for thousands of years, and then got duplicated as unread and unknown markings on an amusement park's water-cannon ride for the fun of it? There's something weird about that possibility but I don't see any reason to rule it out either. 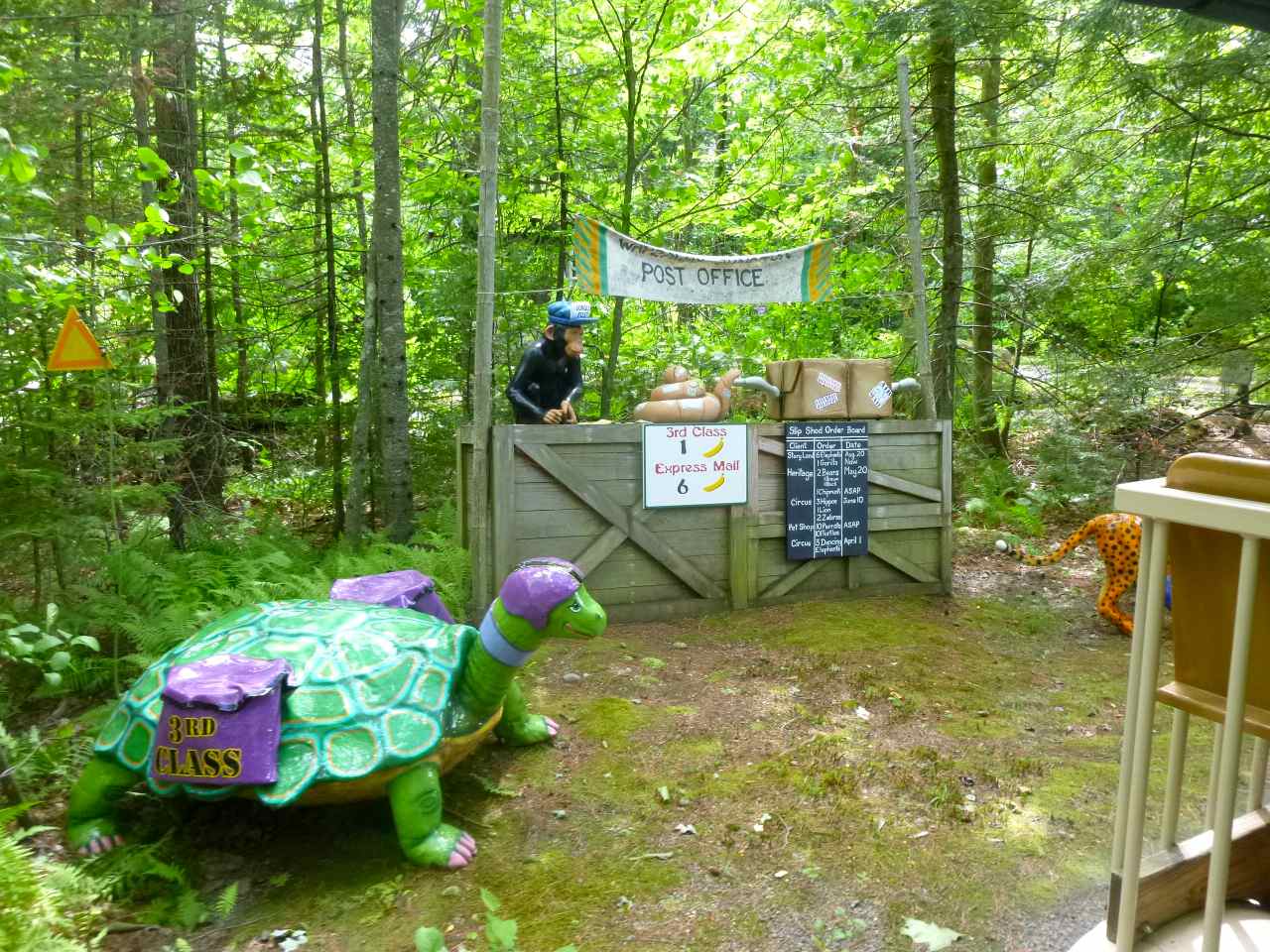 From the Slipshod Safari Tour, a ``wilds of Africa'' post office. Some of the set pieces on the tour are animated; most are just sculptures like that. The driver provides the context and jokes for stuff that doesn't explain itself. 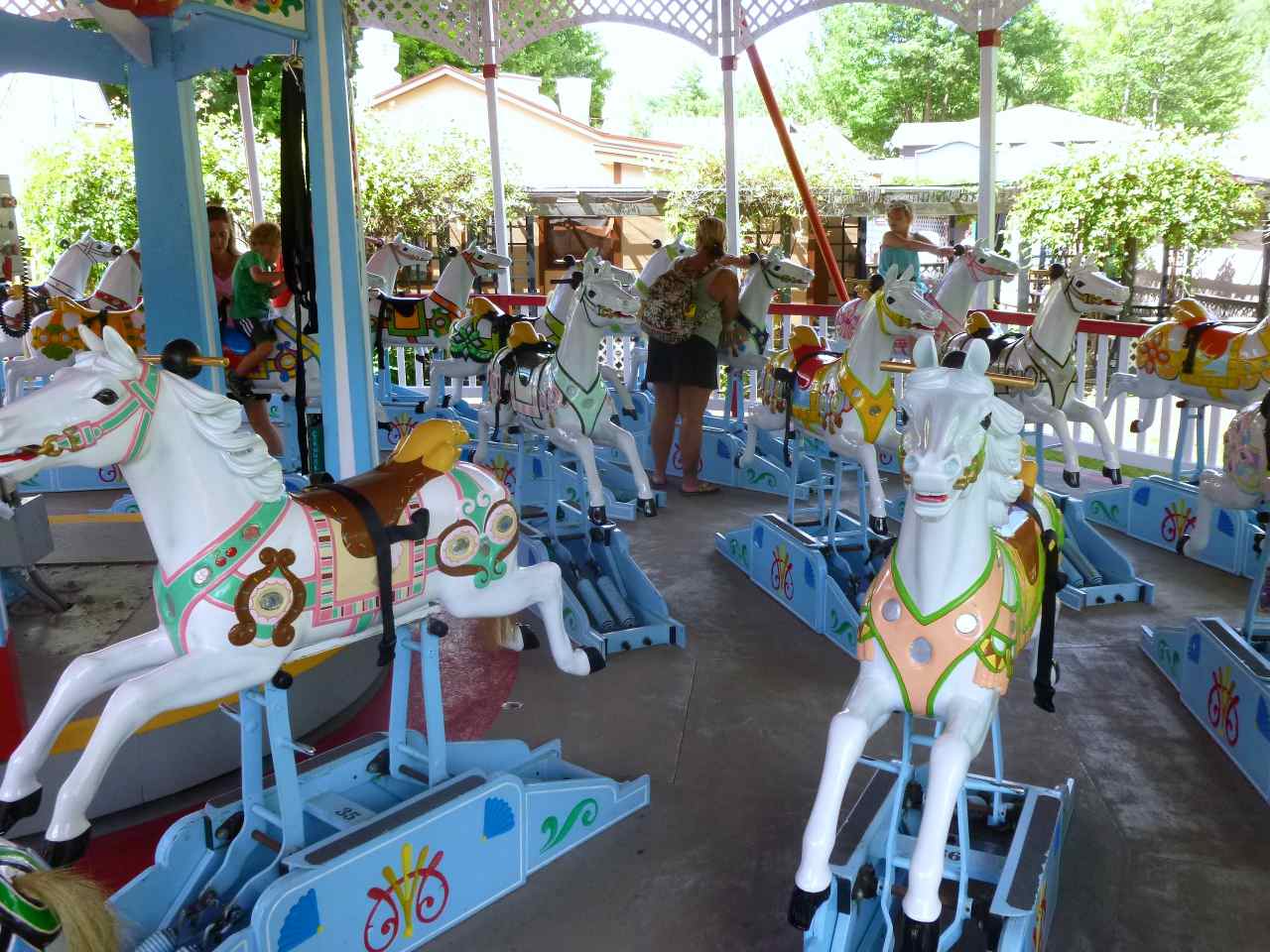 The antique German carousel! The horses don't go up and down, but they are mounted on springs so you make them rock at your own pace. If you time it right, you can be temporarily moving backwards at the same rate the whole platform is rotating forward, which is quite a rush. 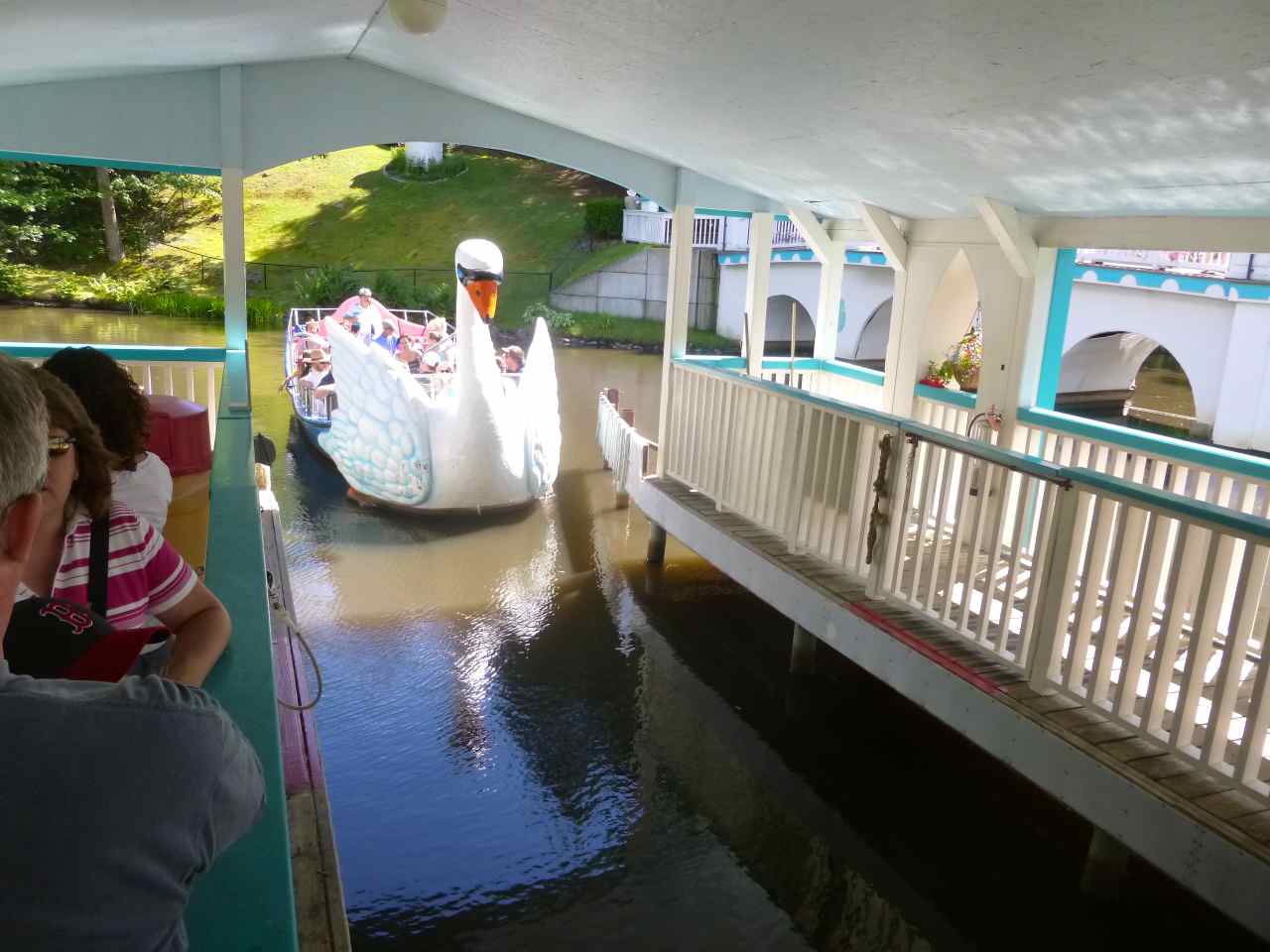 The swan boat, the Story Land Queen, coming in to dock after its voyage spent saving Butterfly Island from a lack of color.

And then my mathematics blog, busy in its way the past week: