Thursday/Friday again and I'm still working on my backlog of Story Land pictures. 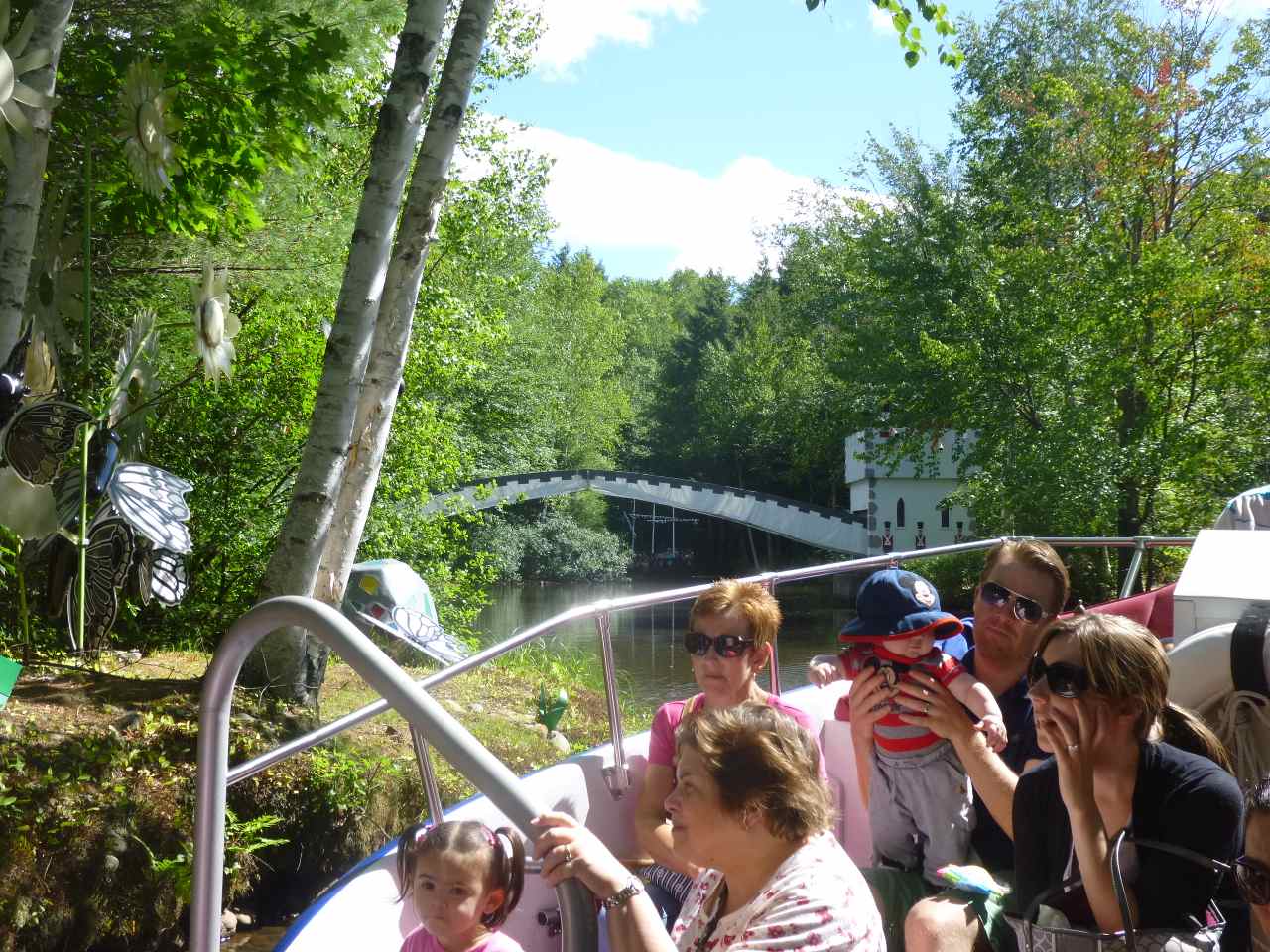 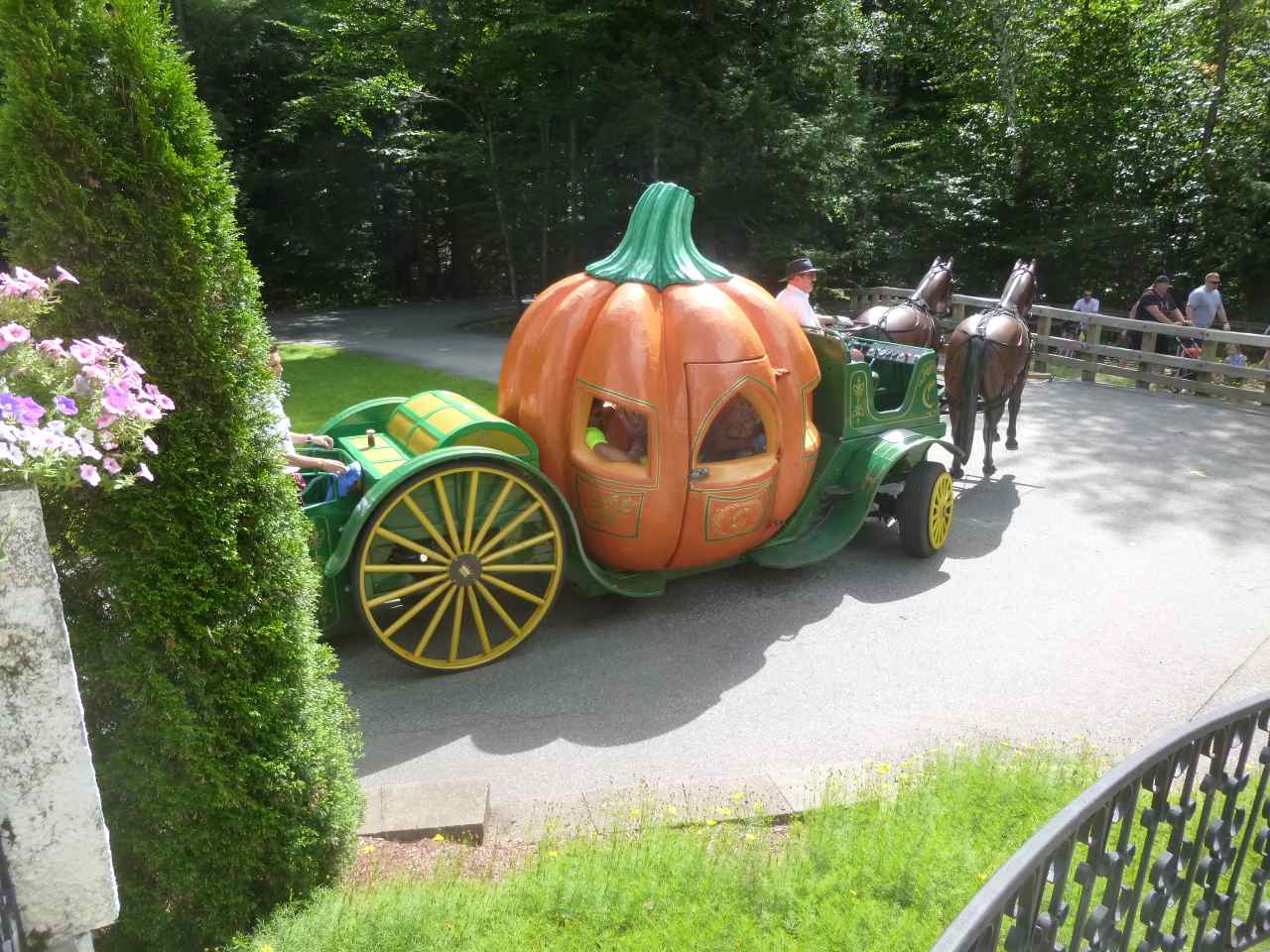 The horse-drawn pumpkin carriage outside Cinderella's Castle. The carriage runs on an electric motor so it sort of whirs electrically rather than making any noise. It's obscured from this angle but the horse mannequins float about eight inches off the ground. (I have a picture that better shows how the horse figures are attached, but that one doesn't show the pumpkin at all.) So this adds a touch of surely unintended comedy to the ride.

A panoramic view outside Cinderella's castle, showing the driveway roundabout, and the horse-drawn pumpkin carriage, and the hill down to the main park. To the right of the bridge is the swan boat's station. 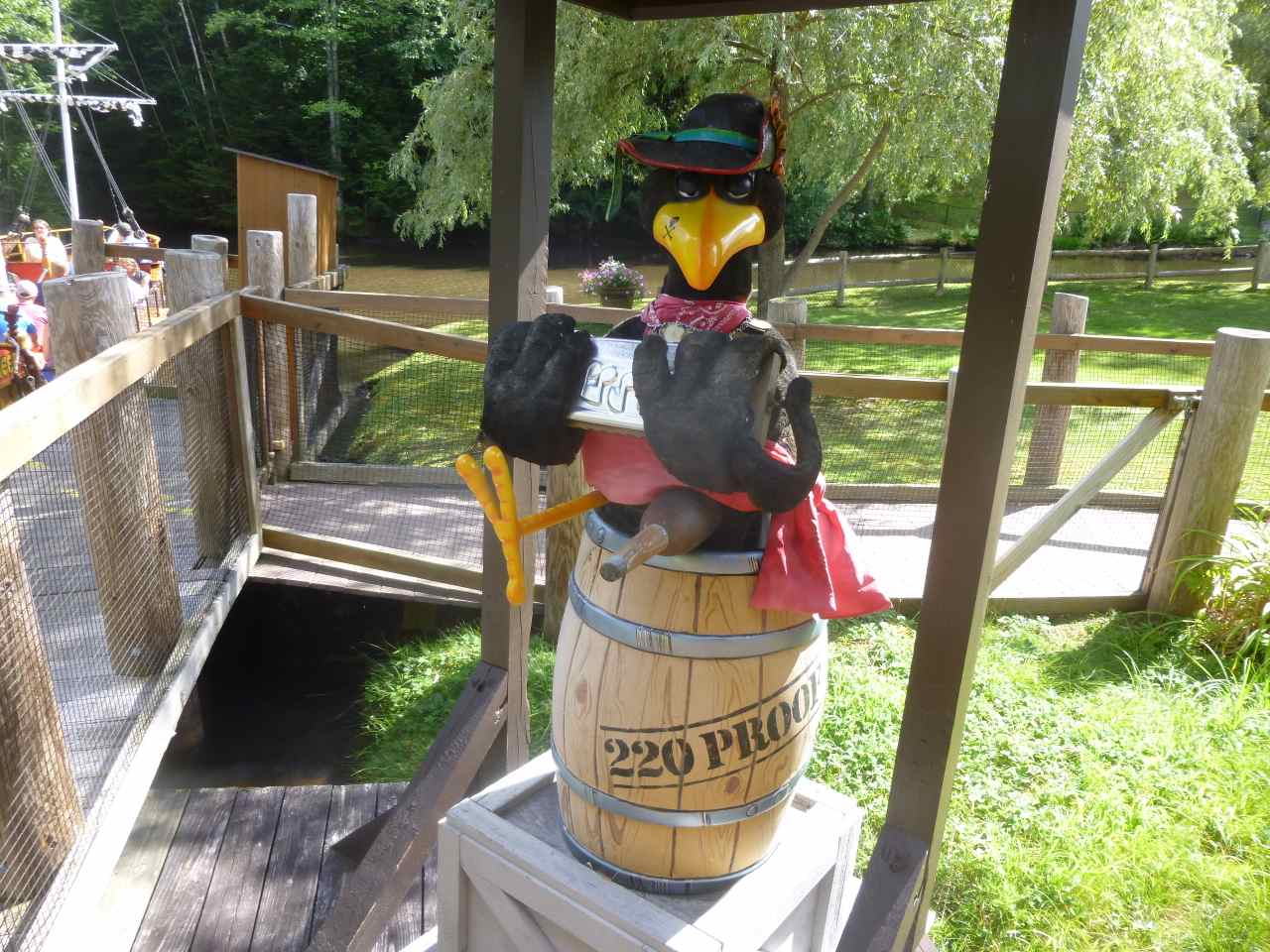 Peg-legged crow figure at the pirate ship's loading station. It looks for all the world like it should be animated, but it was not moving when we were there. On the left, the boat is on its way out; we were the first people on the next ride. 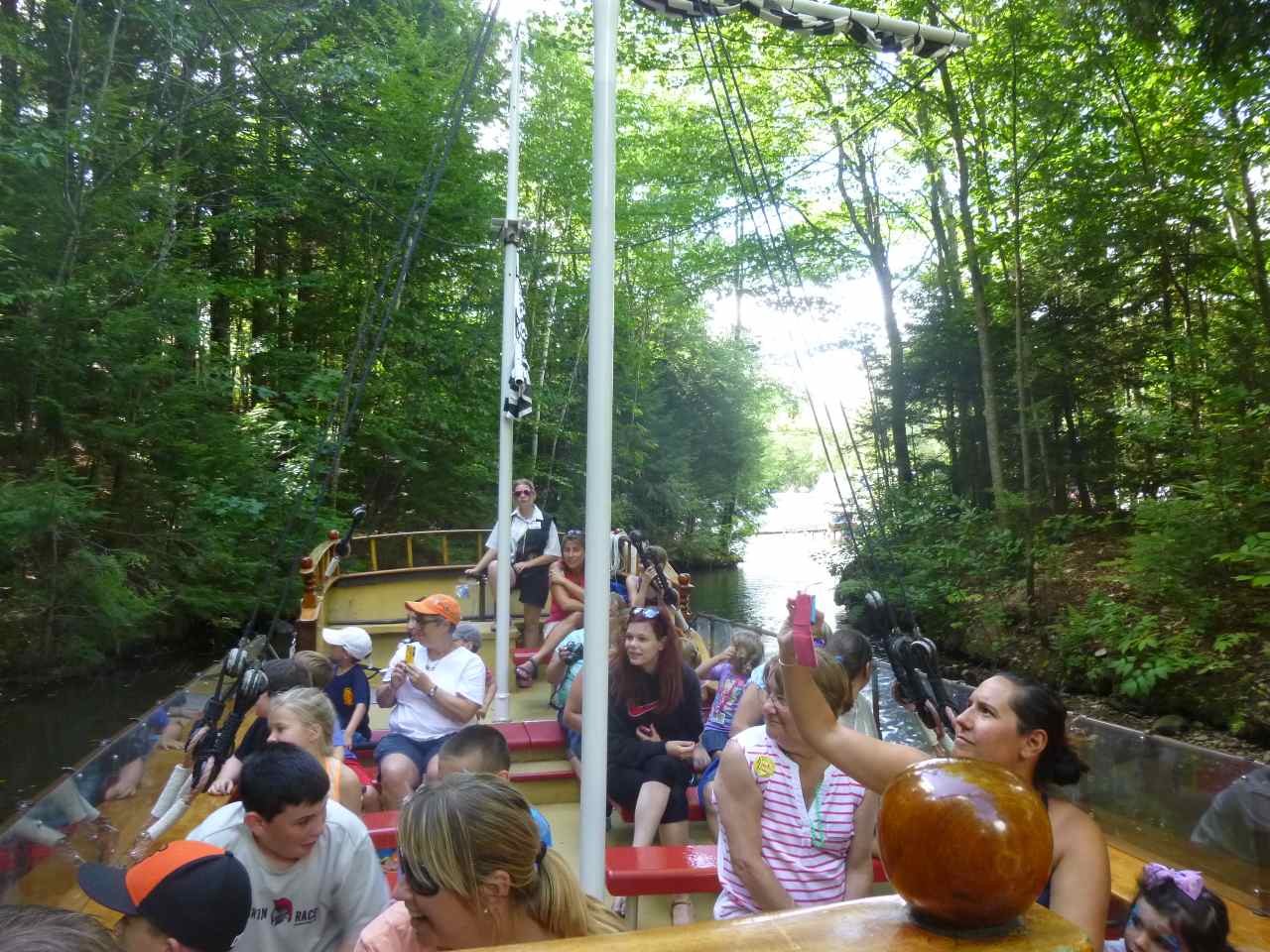 Pirate ship ride as it makes its turnaround, in a little channel around an island set up with animatronic pirates and wrecked ships and cannon and all that. At the far end is the ship's captain, who was having nothing of

bunny_hugger calling out ``Stede Bonnet'' as a pirate someone might have heard of.

My humor blog! I talk about it every week about this time. Here's what's run the past week on it.

Trivia: The ancient Romans dated the battle of Pydna, 168 BC, to the 3rd of September. The battle's proximity to a lunar eclipse lets us be confident the date was actually the 21st of June. Source: Marking Time: The Epic Quest To Invent The Perfect calendar, Duncan Steel.