Before returning to photographs of Quassy Amusement Park let me list what's run on my humor blog the past week:

That about does it. Thanks. 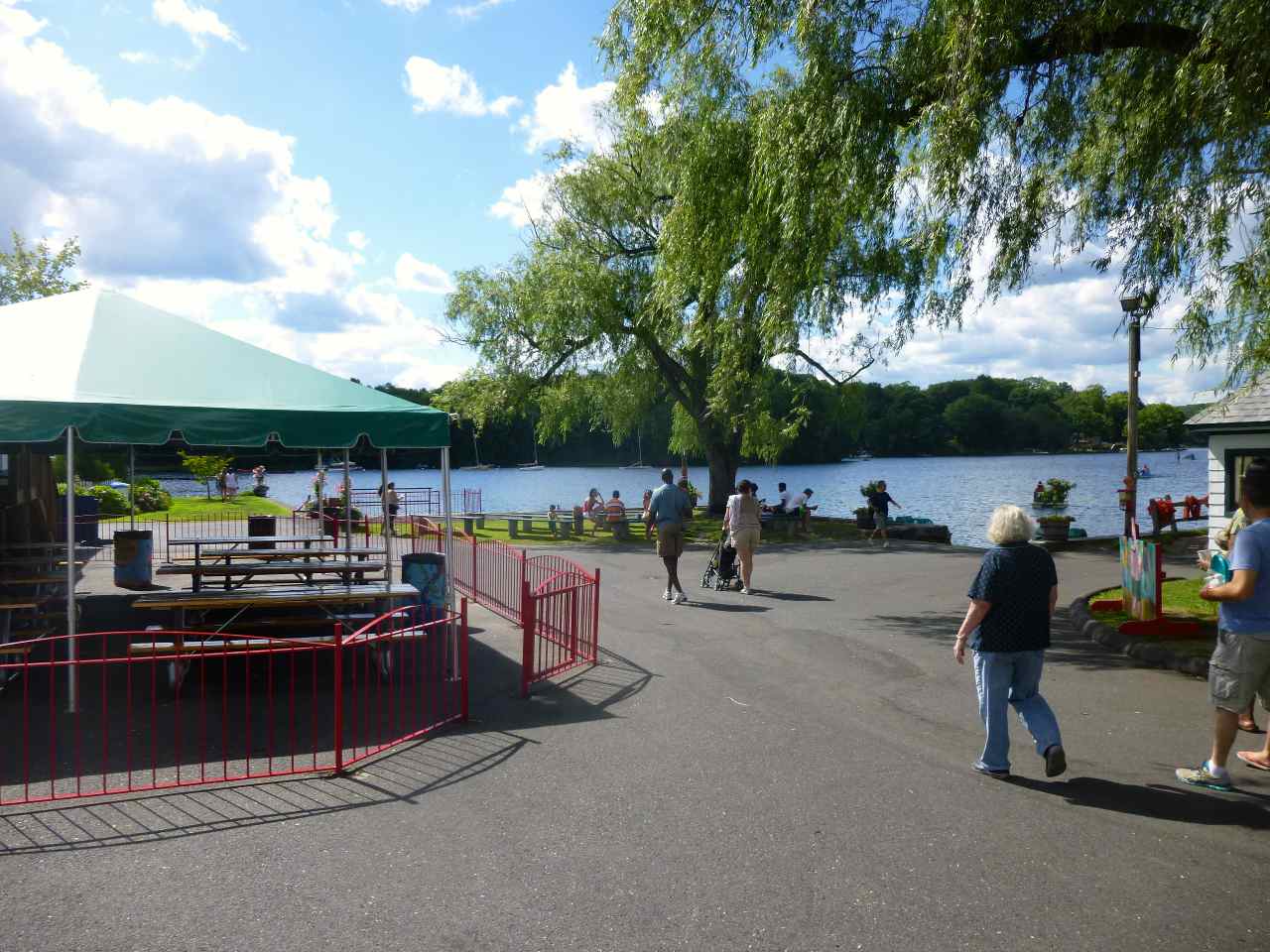 Lake Quassapaug, the reason Quassy Amusement Park is where it is, and has the name that it has. On the right of the picture is the park's main restaurant. 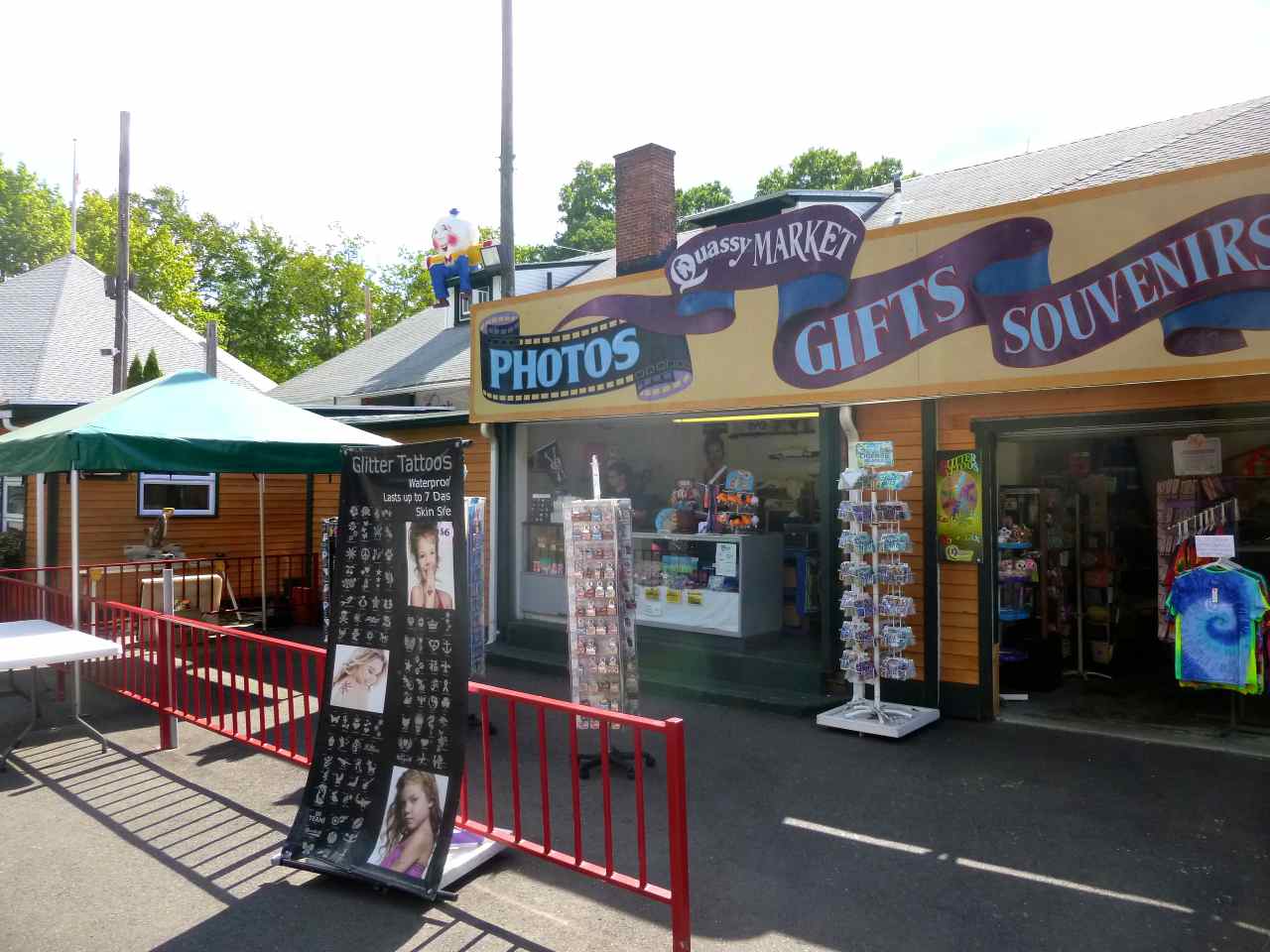 The Quassy Market, with the modest set of souvenirs --- postcards, T-shirts, little stuff like that --- for the park. There's a Humpty Dumpty egg on top of the building, suggesting the park might have had more fairy-tale and nursery-rhyme sculptures at some point. I didn't notice many when we were there. 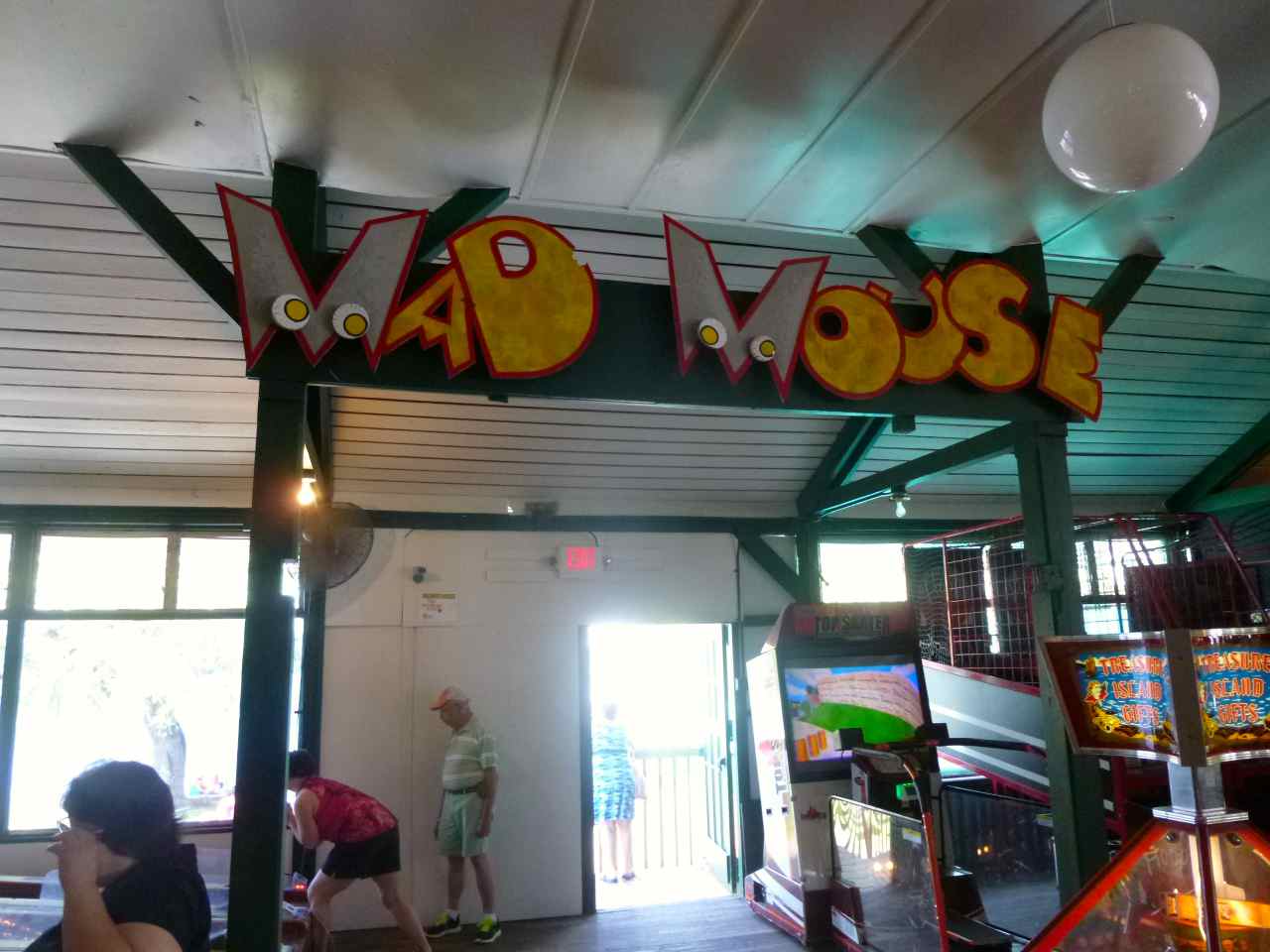 From inside the Quassy arcade, the sign for the former Mad Mouse roller coaster. The arcade had mostly redemption games, with some video games, a laser maze, and one pinball machine, South Park, that might or might not have been working. We found 200 redemption-game tickets that someone abandoned. We used them to buy a cheap clock. 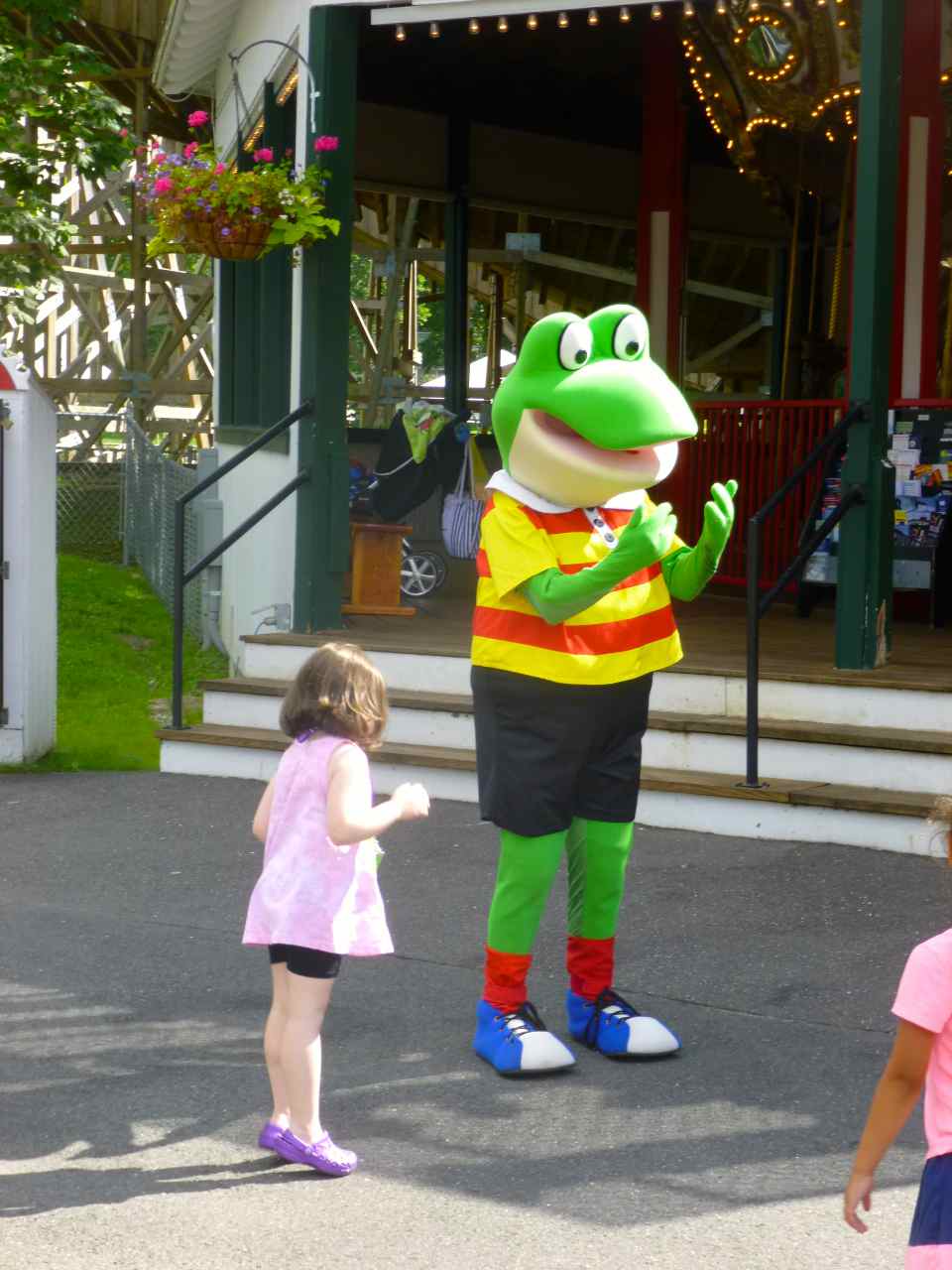 A frog that we assume is one of the park's mascots. We don't know the frog's name. I have to say the kid seems not quite sure what to make of the frog either. 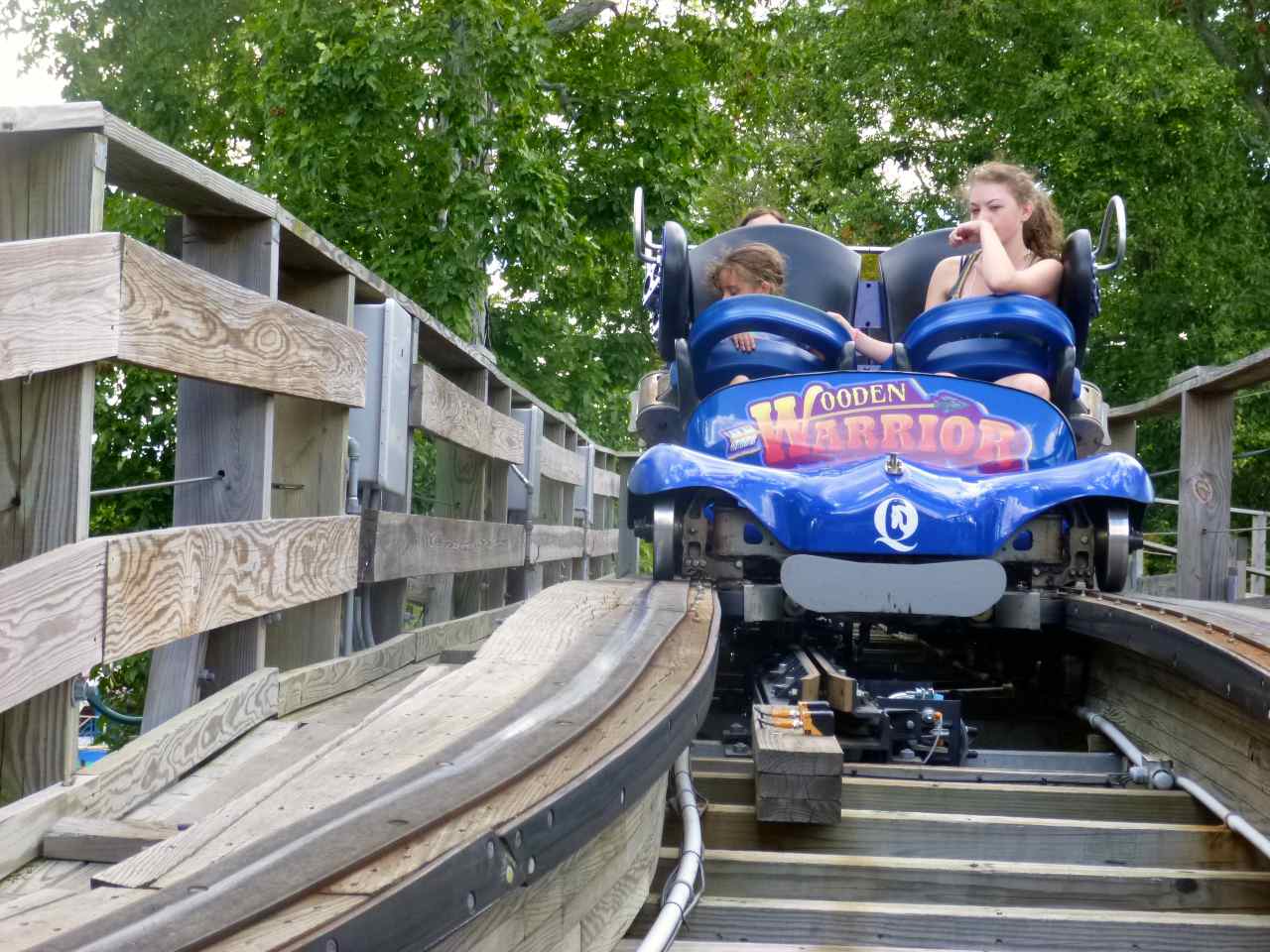 Front view of the Wooden Warrior, Quassy's wooden junior roller coaster. This is a fantastic ride and if you're in mid-Connecticut during the amusement park season for any reason you should get a ride. Or multiple rides.

Trivia: Early in life Karl Friedrich Gauss asked his mother what day he was born. She told him she did not remember, but knew it was a Wednesday, eight days prior to Ascension Day of 1777. (This implies the 30th of April.) Source: Marking Time: The Epic Quest to Invent the Perfect Calendar, Duncan Steel.

Currently Reading: A World Lit Only By Fire: The Medieval Mind and the Renaissance, William Manchester. And with the mention about ``here be dragons'' on medieval maps in comes the nagging doubts about how thoroughly Manchester tracked down his sources and his sources' sources, even though it makes absolutely no difference whether ``here be dragons'' was ever on a medieval-era map. (It wasn't.)