Well, we don't mean anyone any harm, we weren't on the Glasgow train

I wrote fewer things for my mathematics blog this past week. But let me point all that out to you before going on to more of Quassy Amusement Park pictures:

As ever, you could put this on your Friends page, or you could get it on your RSS feed. If you felt like. Back to Quassy: 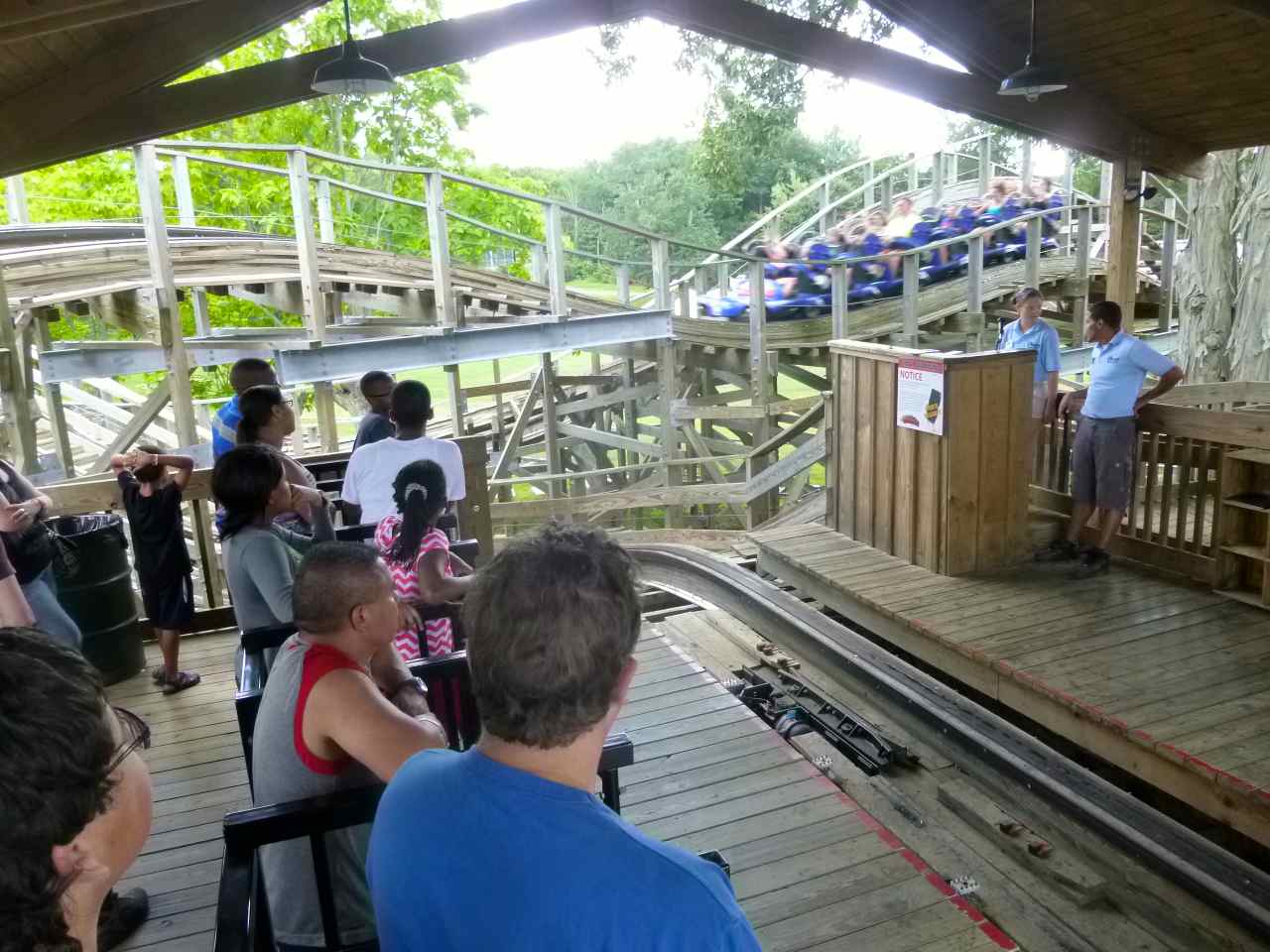 Quassy's major roller coster, the Wooden Warrior, from the launch station. It passes in front of the station twice; this time is, I believe, the return leg. 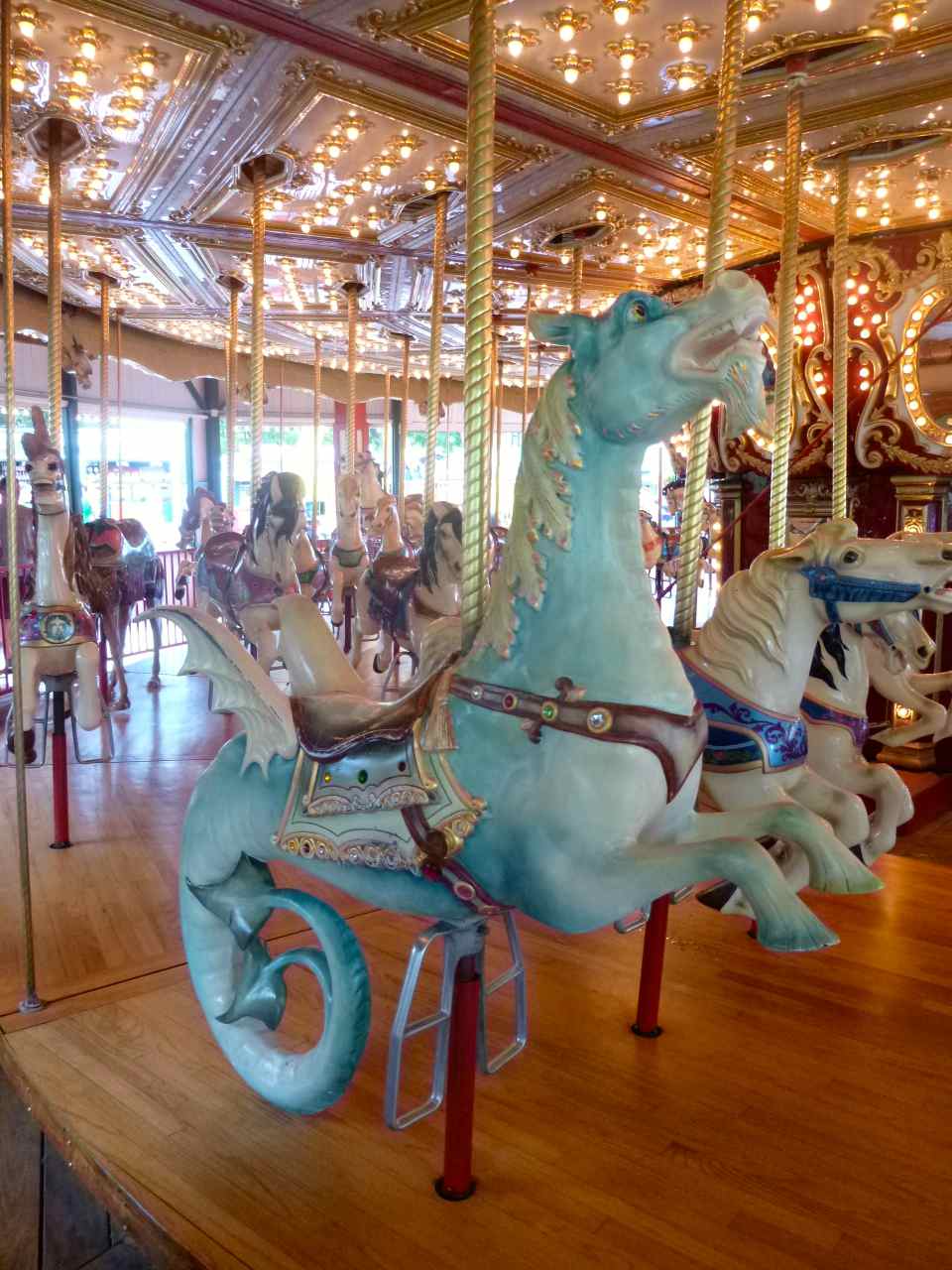 Quassy's carousel is a modern Chance fiberglass carousel of the kind you see in every park ever. However, the painting is less glossy and more naturalistic and that makes figures like this hippocampus look surprisingly more natural and more new than usual. 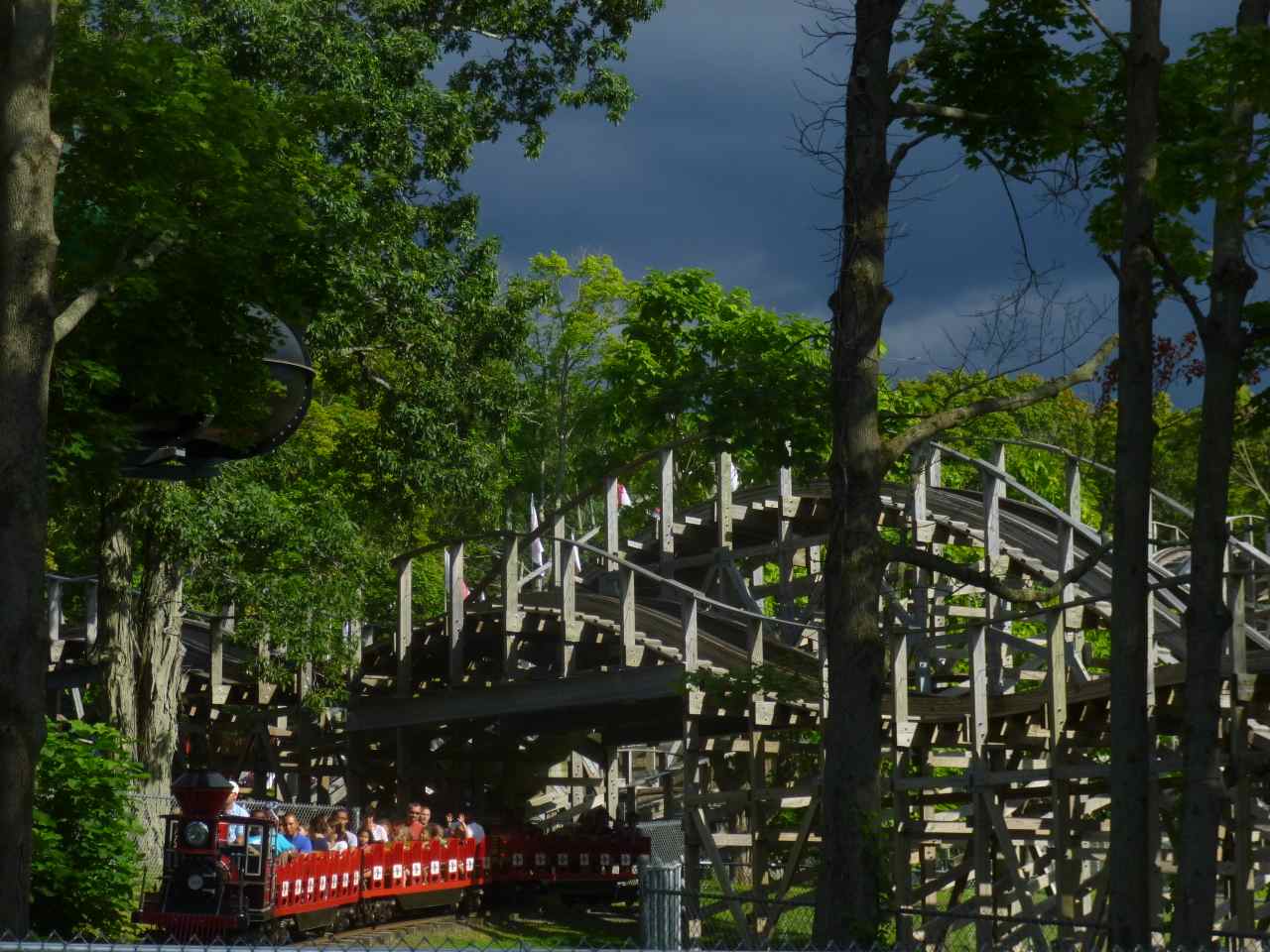 View of the Wooden Warrior, and the miniature train, underneath skies that weren't quite this dark but that did look threatening for a while. Taken while we waited for the start of the magic show. 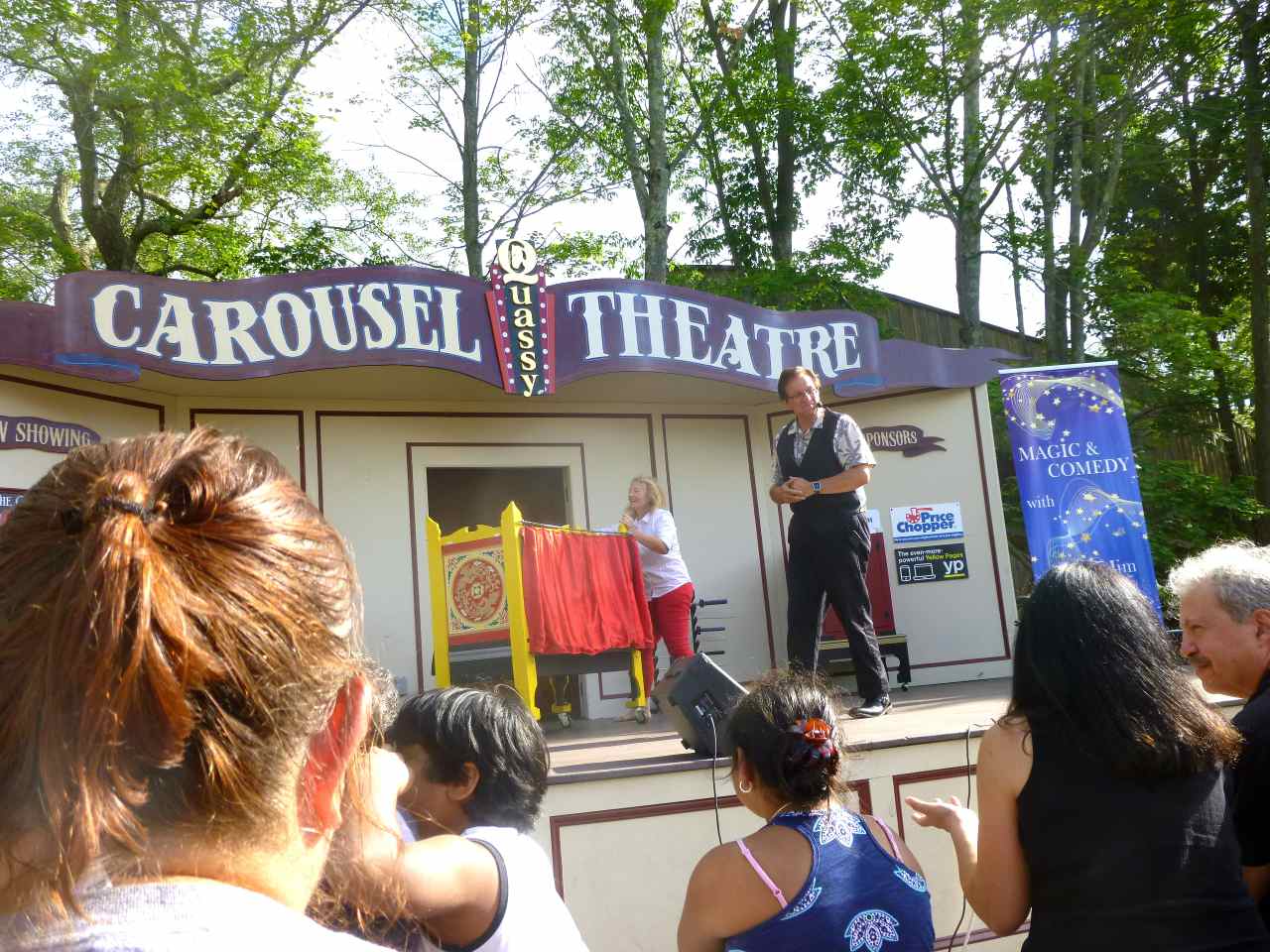 Magic and Comedy, and the Quassy Carousel Theater, starring Jim and Sandy, a married couple. We were surprised they were dressed about like you might go to Price Chopper. It added a nice natural air to the show. 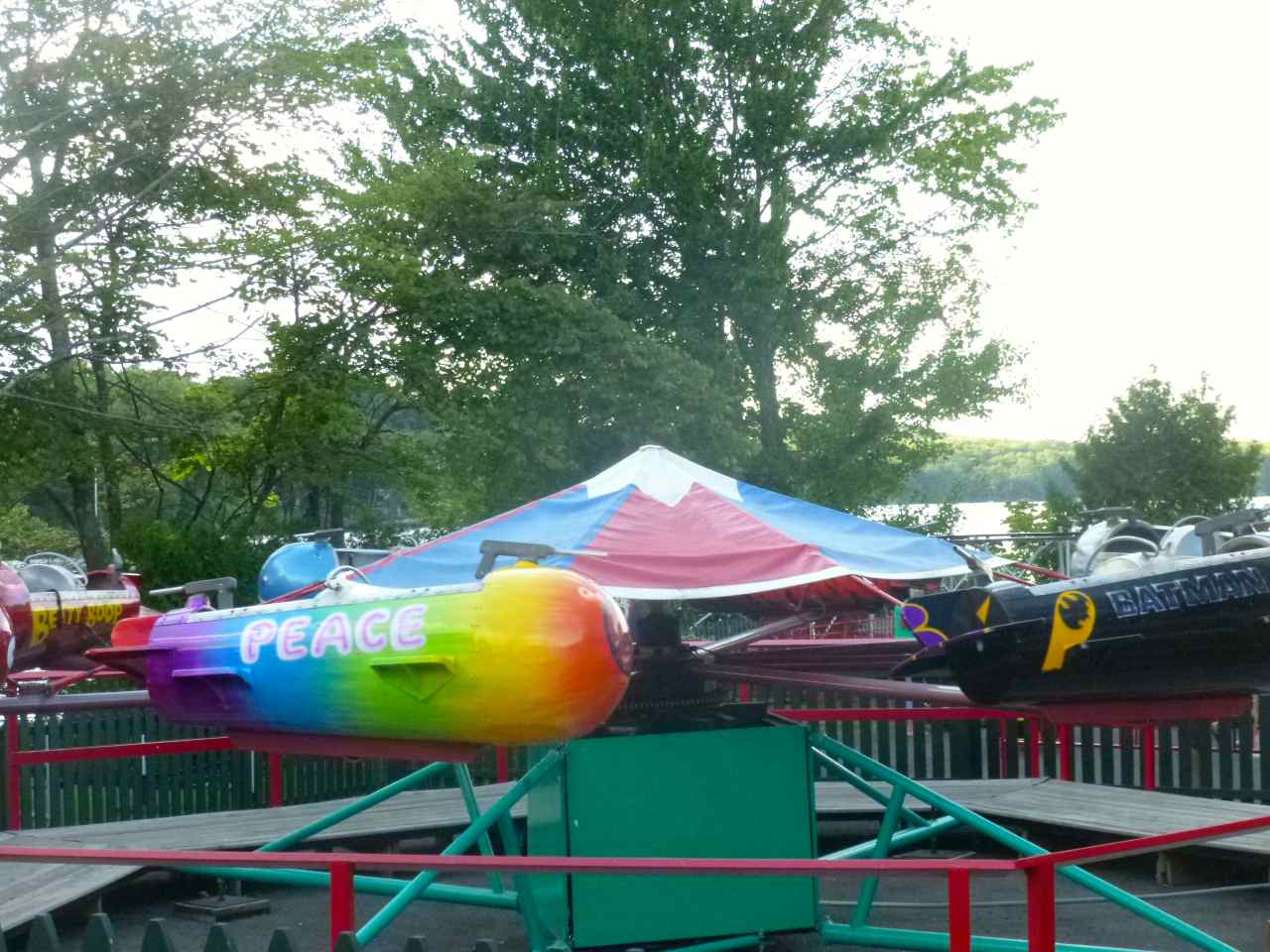 In the Kiddieland section the spaceships-with-guns ride has cars painted to commemorate Superman, Batman, Betty Boop, Peace, that sort of thing.

Trivia: Samuel Langley's Aerodromes numbers 5 and 6, the first heavier-than-air craft to achieve powered flight over substantial distances, had flight ranges of up to 2,500 feet in testing in the summer of 1899. Source: First Flight: The Wright Brothers and the Invention of the Airplane, T A Heppenheimer. (They were unmanned craft.)

Currently Reading: A World Lit Only By Fire: The Medieval Mind and the Renaissance, William Manchester.