I had a relatively slow week for mathematics blog writing. But if you missed any of it, here's the posts. 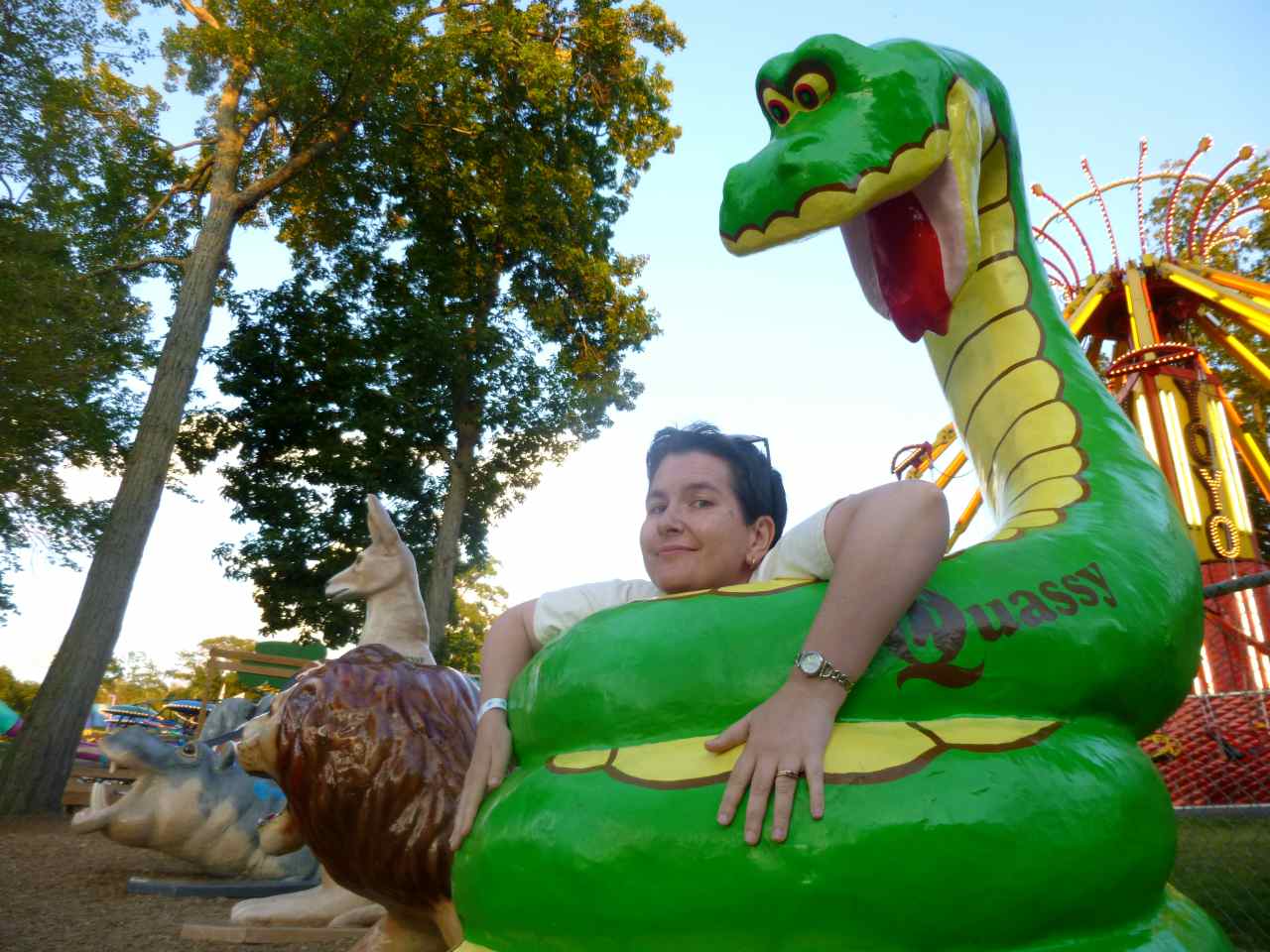 This is just the sort of fix you'll get into with giant ceramic snakes, you know. As I said before, this is the part of the park where kids can develop complicated feelings they won't fully understand even when they're grown up. 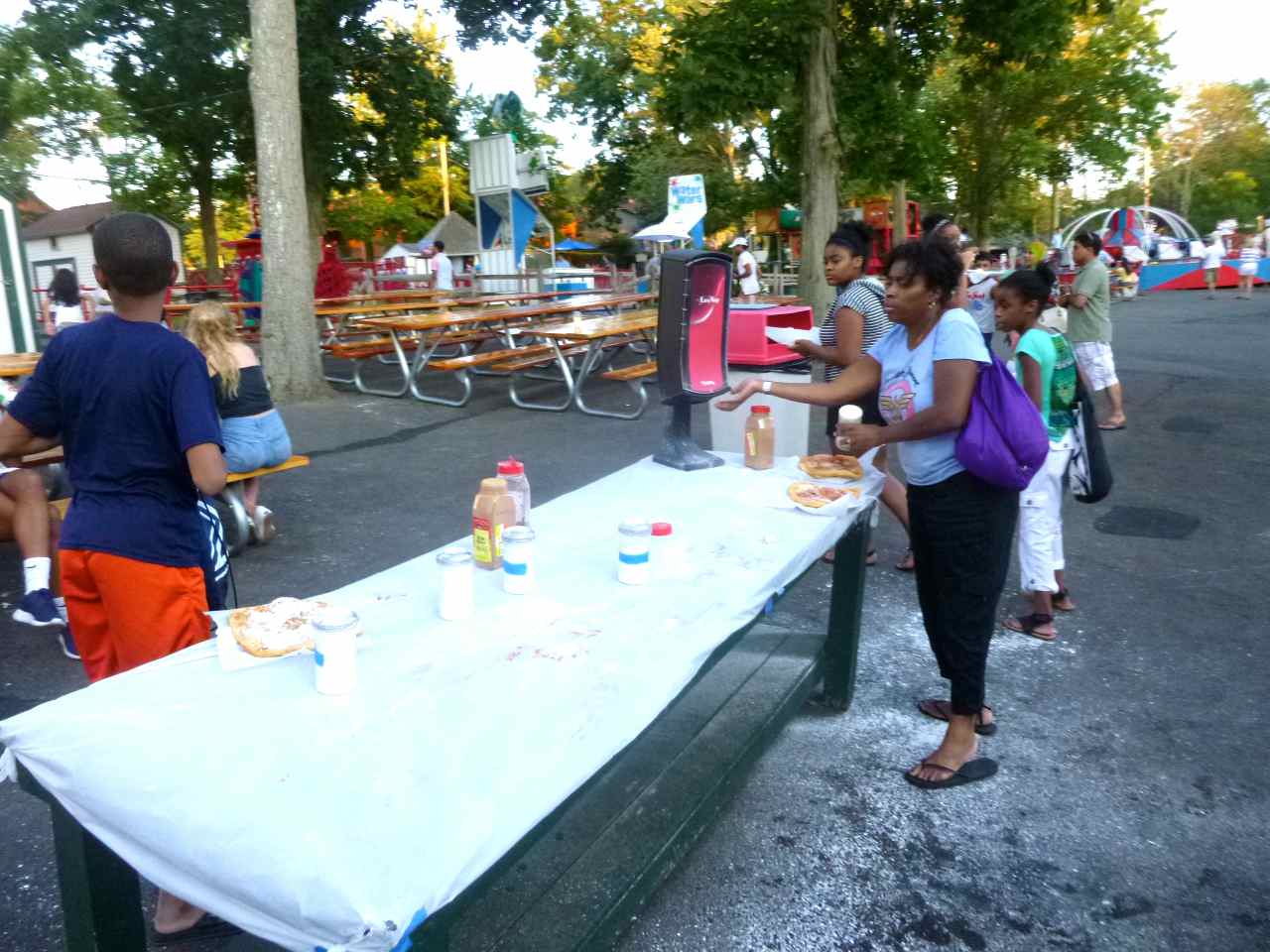 Because Quassy park is in New England, they have Fried Dough stands, which is why the park is covered in a thin layer of confectioner's sugar, and the ground can rip your sneakers off if they're not tied tight. 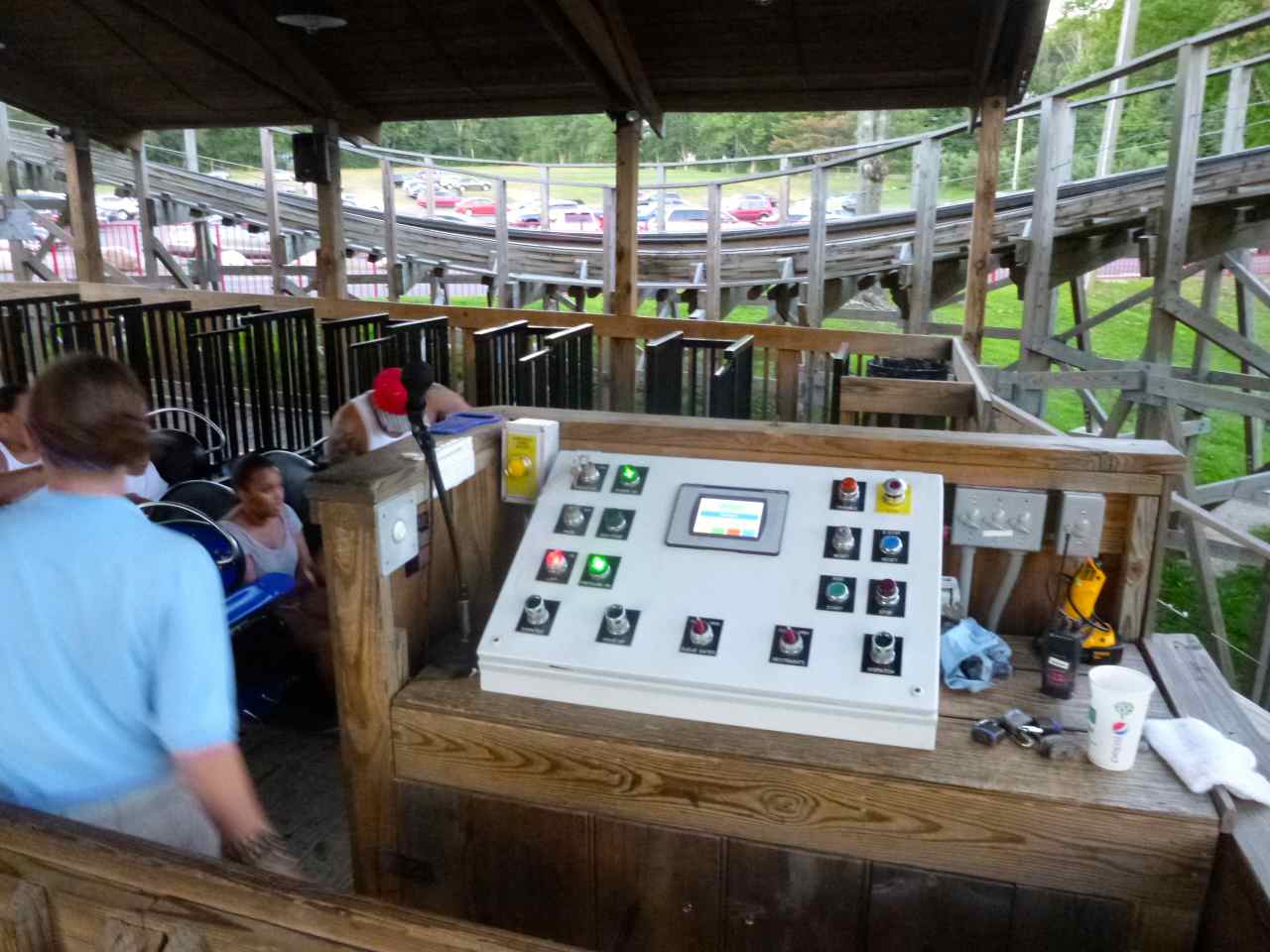 View of the control panel at the Wooden Warrior roller coaster. The train behind was, I believe, the last cycle of the night. 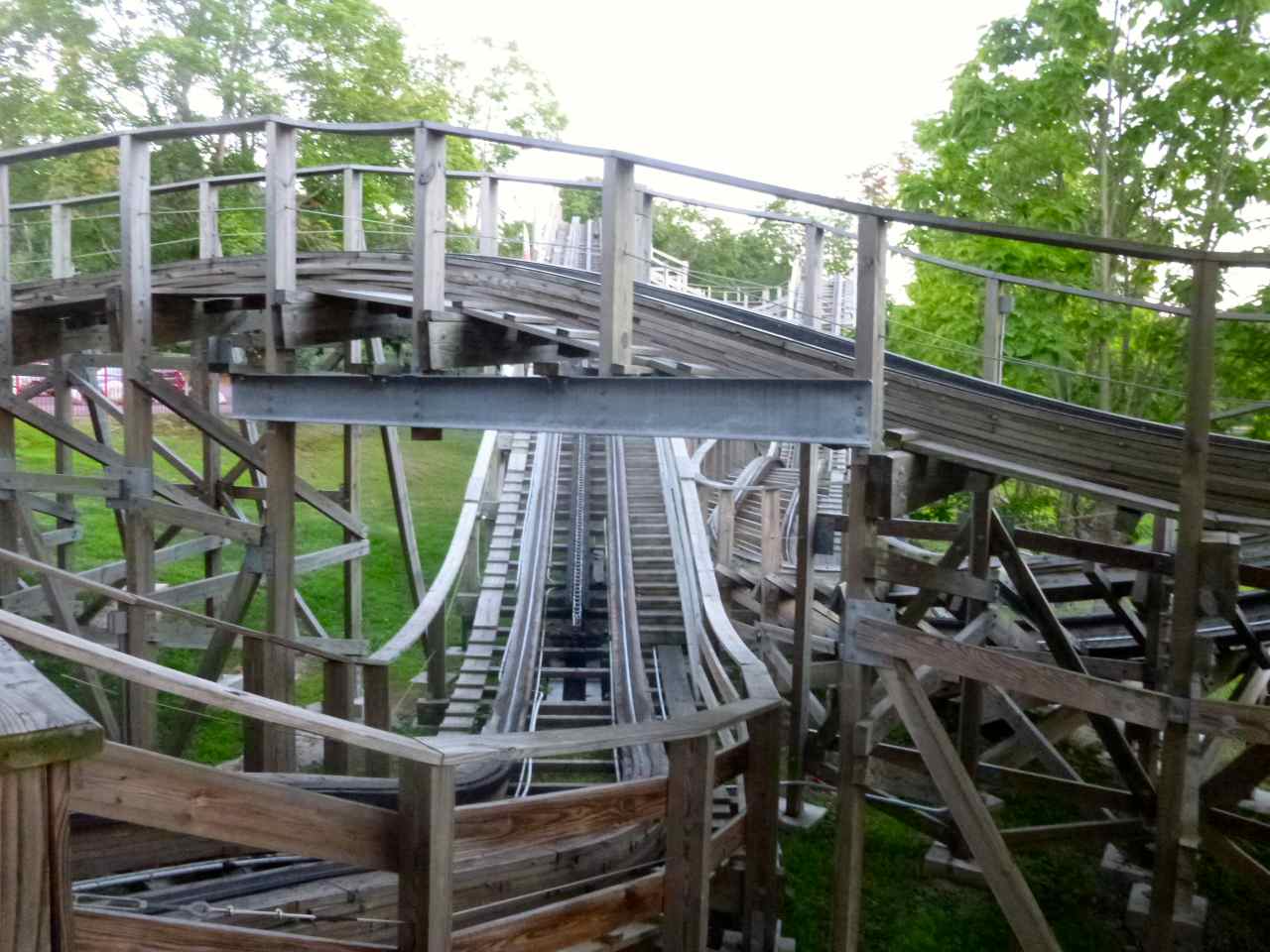 The Wooden Warrior roller coaster has a roughly T-shaped layout, and this is a view of the crossbar. The main lift hill is the vertical track on the left. 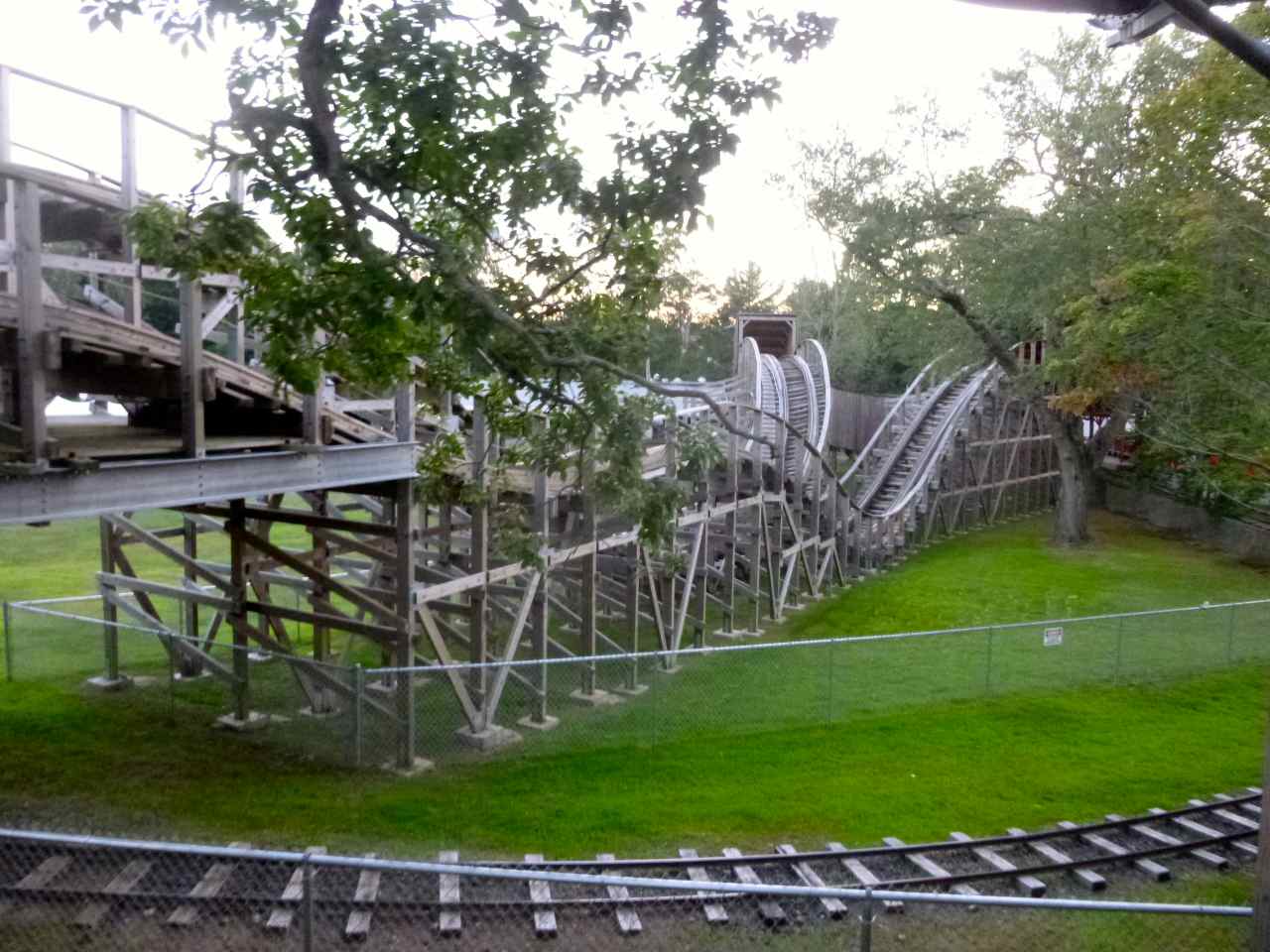 View of one of the turnarounds of the Wooden Warrior roller coaster. In the front is track of the surprisingly fast miniature train ride.