I'm sure that we'll all miss her so

What've you missed on my humor blog the past week? Among other things:

And now some pictures of rides at Conneaut Lake Park. Many of them were even working! 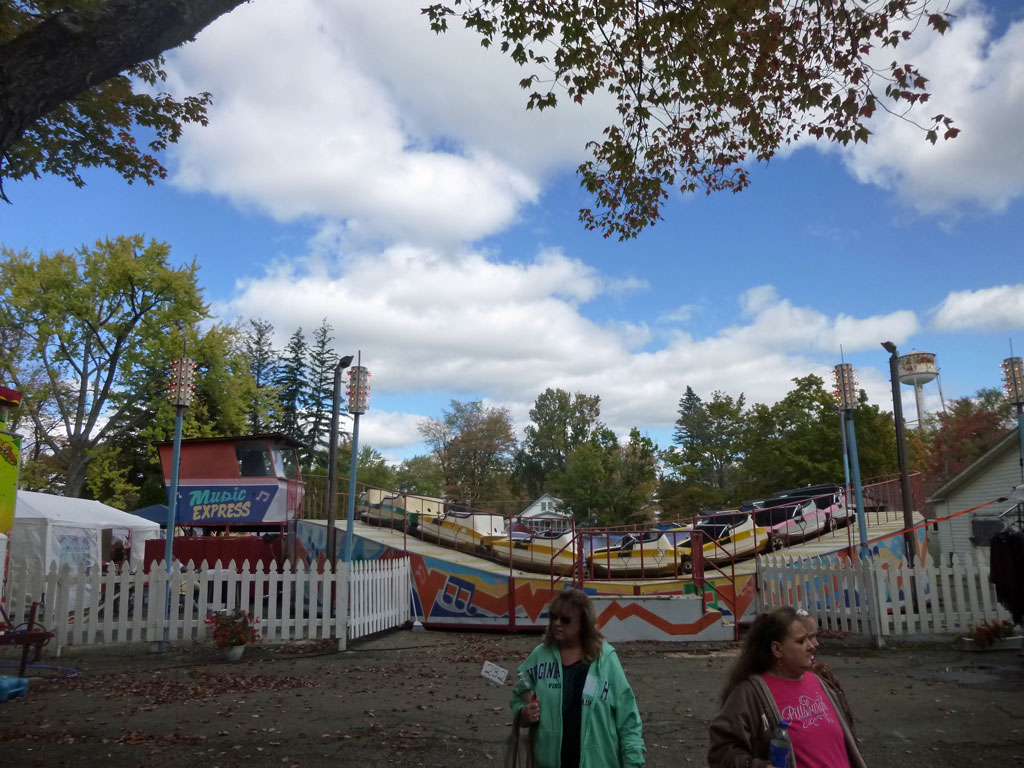 The Music Express, one of the rides not operating at Conneaut Lake Park that day. I haven't found the reference photographs from earlier visits to prove it but I believe that last year it didn't have any of the cars on the track. So this represents progress in getting the park to normal operations. 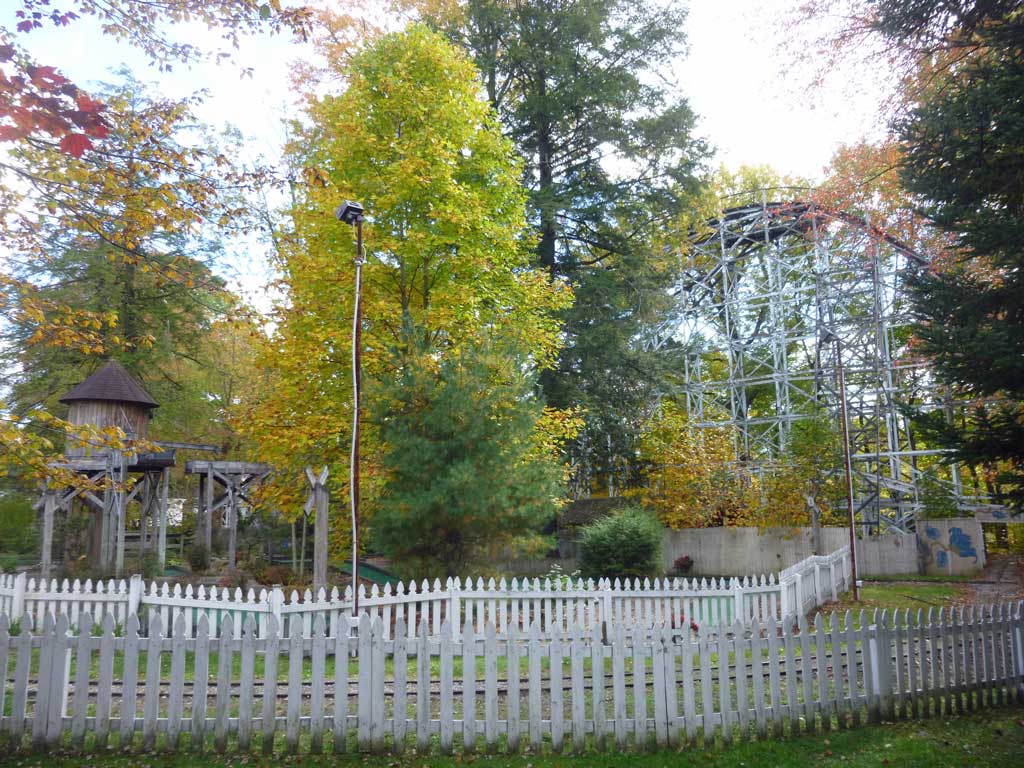 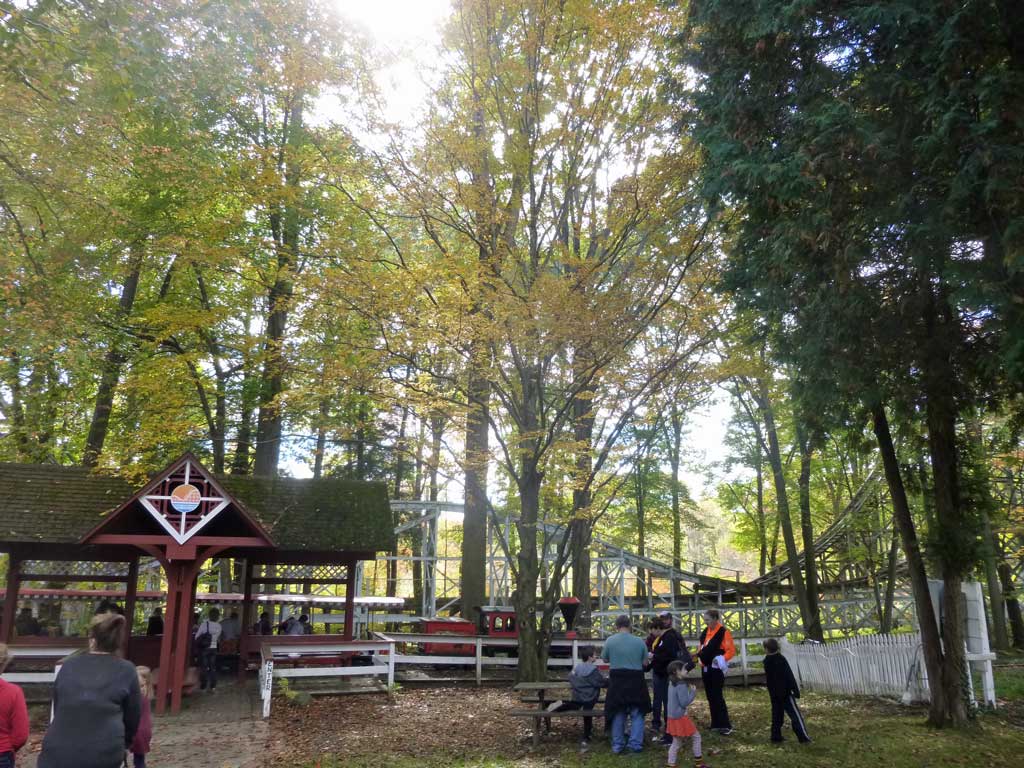 The station at the Bessemer steam railroad, with the Blue Streak roller coaster in the background. This is from earlier in the day, when we saw the railroad running and figured it'd be safe to ride anytime. The engine had been damaged in the fire at the beach house (if I haven't got their fires mixed up) and this was the first time we saw it running.

Would you ride this very twisty antique railroad? Panoramic shot from the train station. We didn't ride it just then, trusting that we'd have time later in the day. Later in the day the train wasn't running, although they got it fixed just in time for us to get a last ride of the day in on it. 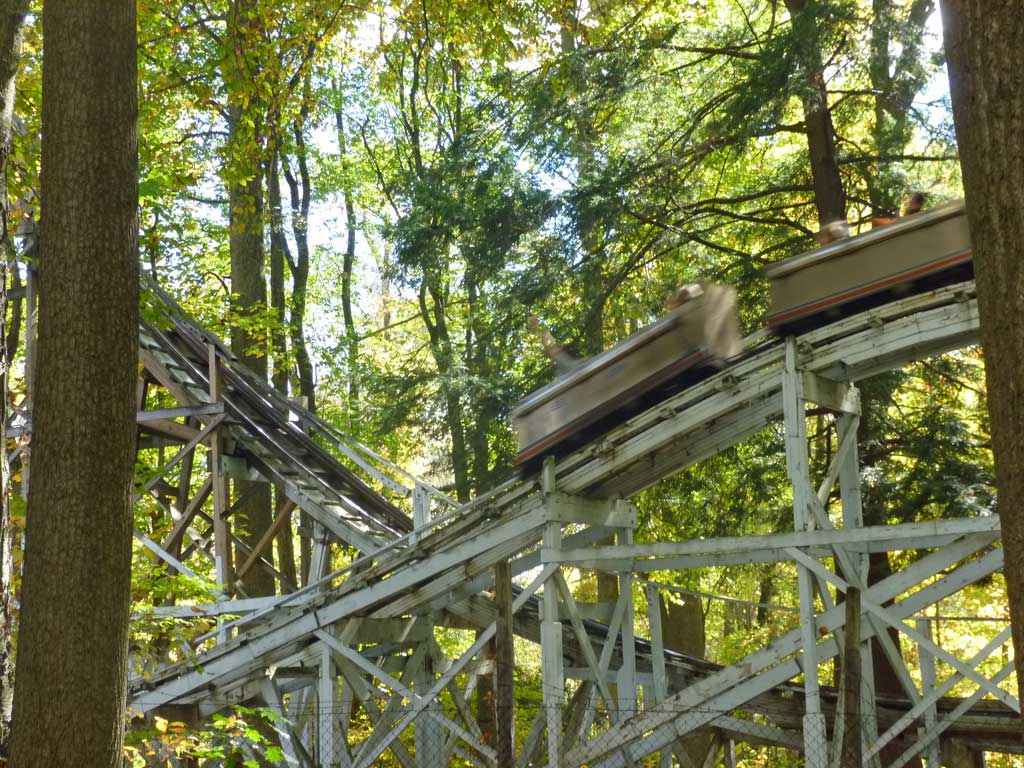 Blue Streak train returning, as seen from the Bessemer railroad station. The roller coaster is a touch duller from the front on this return leg, but it's more fun in the back seats. And it's quite worth riding in any case and I'm looking forward to the next time we can.

Trivia: By 1857 there were seven hundred miles of canals grown off the Yuba River in the Sierra Nevadas alone. Source: Down To Earth: Nature's Role in American History, Ted Steinberg.