We'll all miss her so

And how about my mathematics blog of the past week or so?

How about some fresh Conneaut Lake Park Pumpkin Fest pictures? I knew you'd like them. 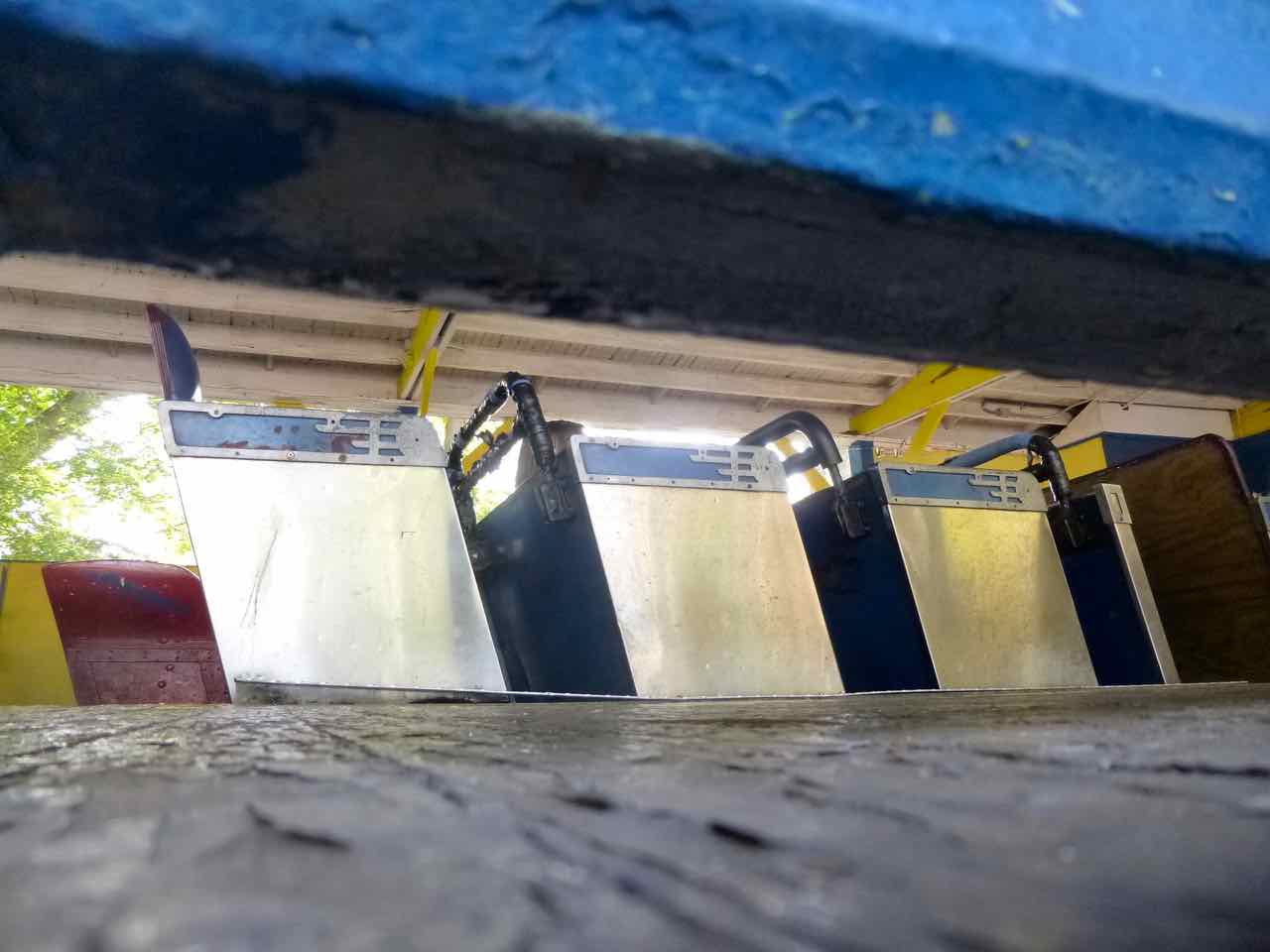 Photo of the Blue Streak roller coaster at Conneaut Lake Park from the waiting queue. That's a good close view of the station's base. The main car, in use, is the blue one up front. In the background, to the left, is a view of the red-colored old car, used as recently as about 2004 but no longer in service even when they might need more capacity. 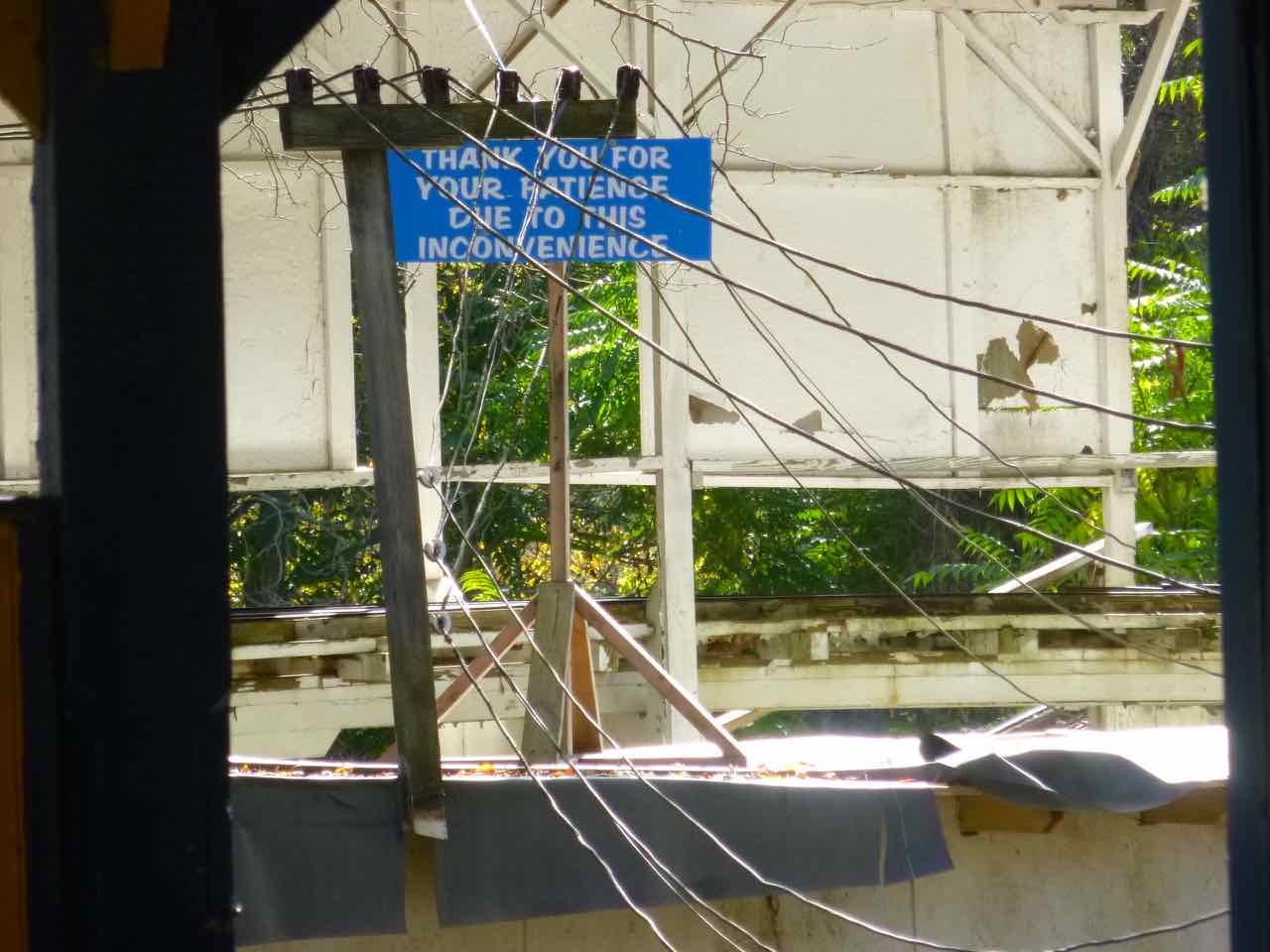 ``Thank You For Your Patience Due To This Inconvenience''. I have no idea what this sign signifies. You can only glimpse it while prowling around the Blue Streak roller coaster at Conneaut Lake Park anyway. The sheltered return leg of the roller coaster is visible in the background and you can see how recently they've been able to paint it. 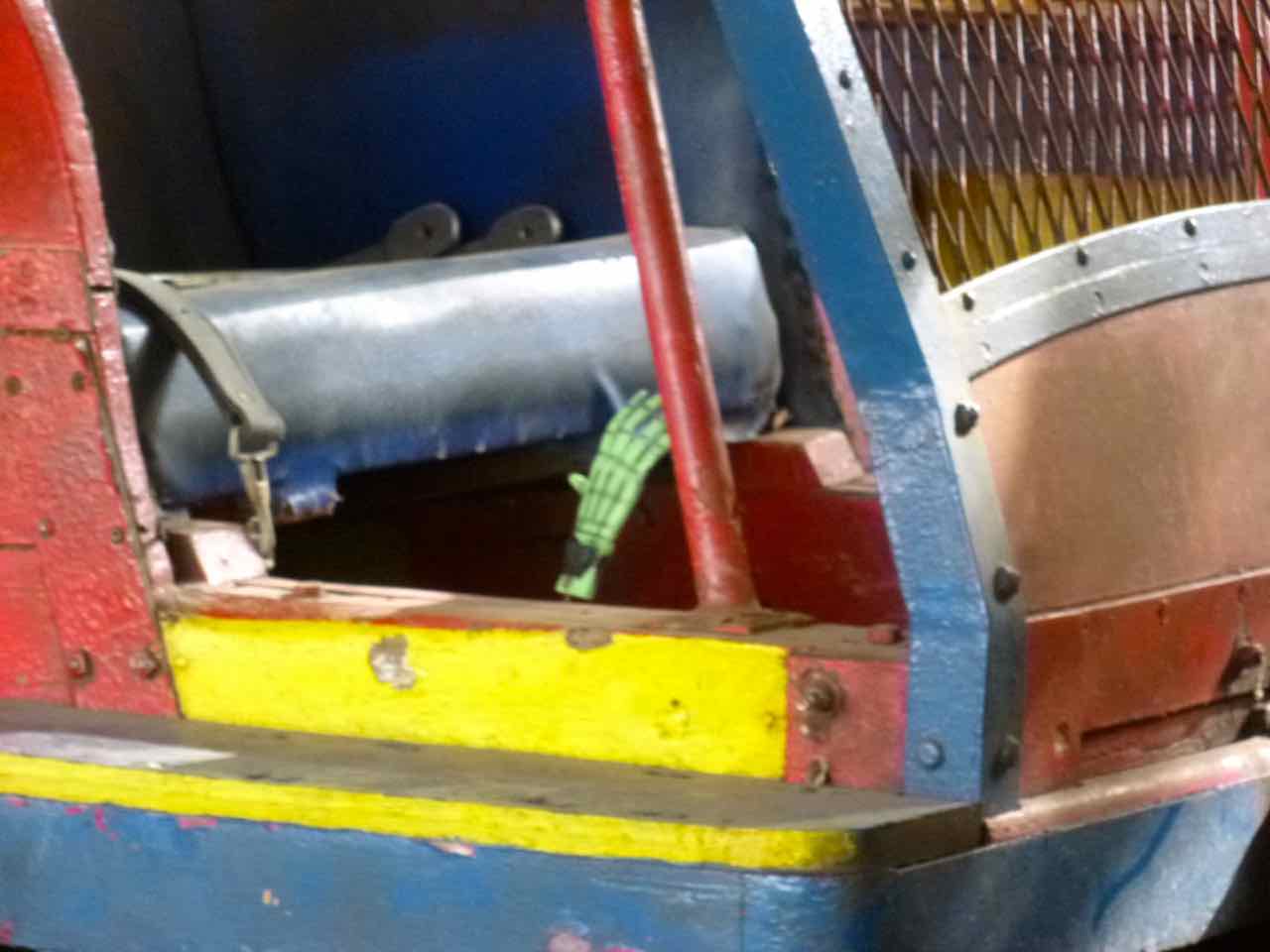 Detail of the backup, non-used, roller coaster train at Blue Streak. It's been decorated for Halloween with a zombie hand reaching up from below, which is a pretty good joke not everybody who visits the park makes about the park. 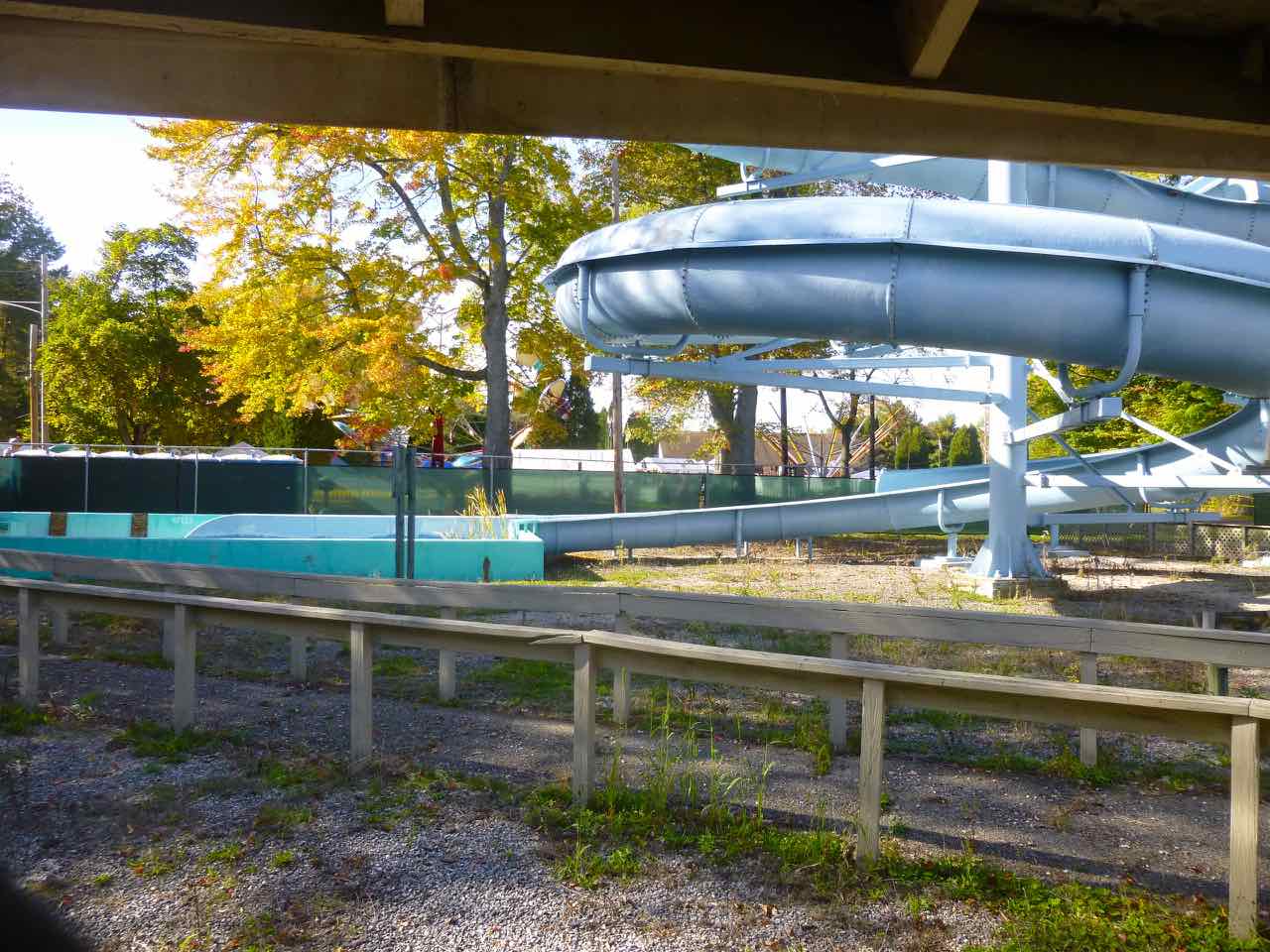 Water parks are basically money factories for amusement parks. This is why every park has a water park anymore. Conneaut Lake Park's is derelict, as best we can tell, and shows no sign of having been used in years. (There is a lifeguard certificate, in the bathrooms, dated 2010, though.) I would imagine this is because lifeguard requirements would require far more staff than they have budget for, even if it would draw in people to the park. 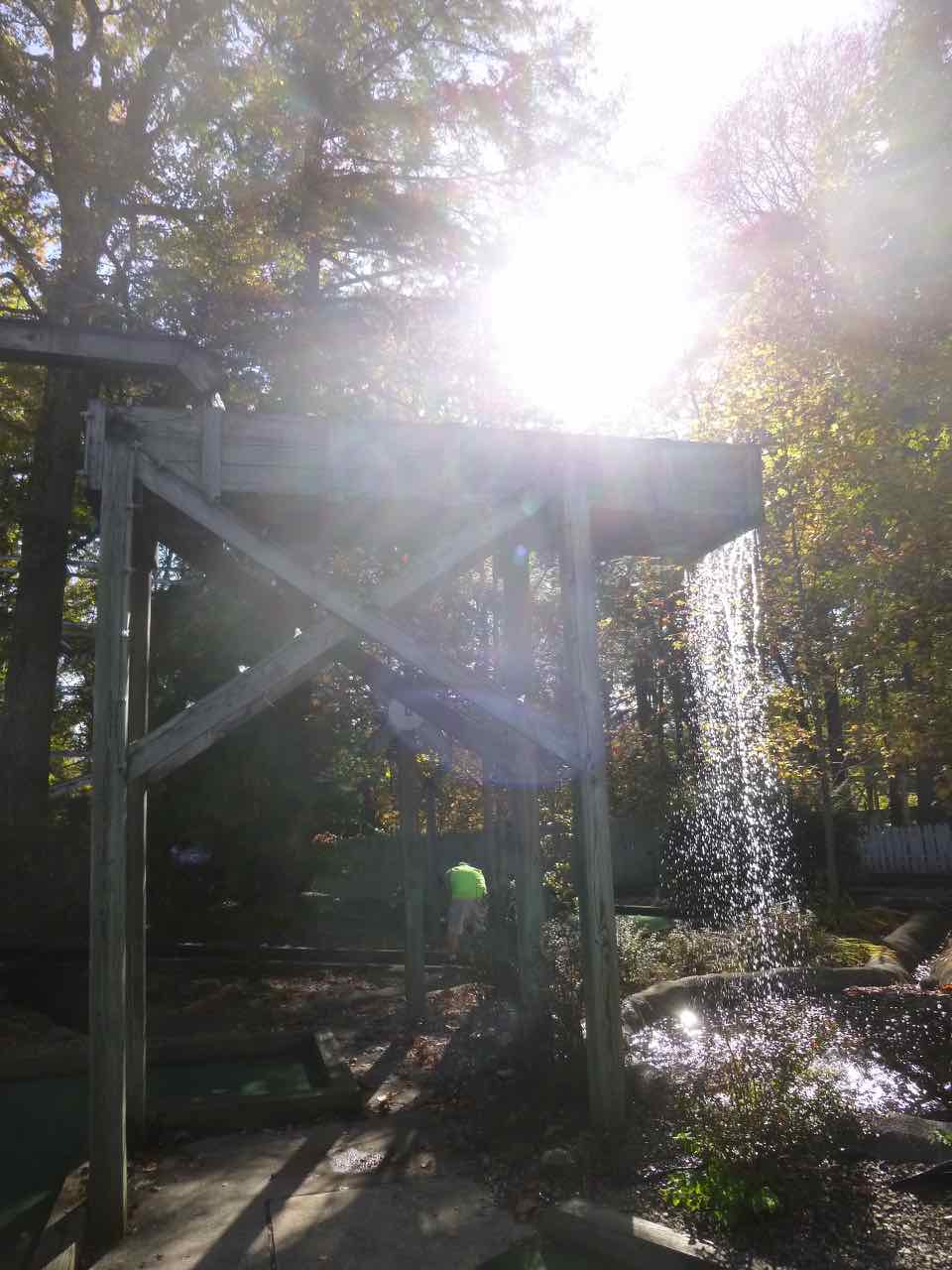 The miniature golf course! We finally had the chance to play what turns out to be a rather good, challenging but fun course done up with a Western Mining Town theme. This is a picture, into the sun, of the only water attraction and yes I'm not very fond of my ball having gone right through that water but what are you going to do?

Currently Reading: The Utopia of Rules: On Technology, Stupidity, and the Secret Joys of Bureaucracy, David Graeber.