So grab anything that moves and bring some cash

My humor blog: it is a thing that continues to exist. Let me remind you of its existence. Done. And here's recent postings from it:

While we finished off the pictures of Conneaut Lake Park during the day, we did go back after sunset, for the fireworks show and to see the people going for the Ghost Lake haunted-house attraction made of them place. What did that look like? Something like this ... 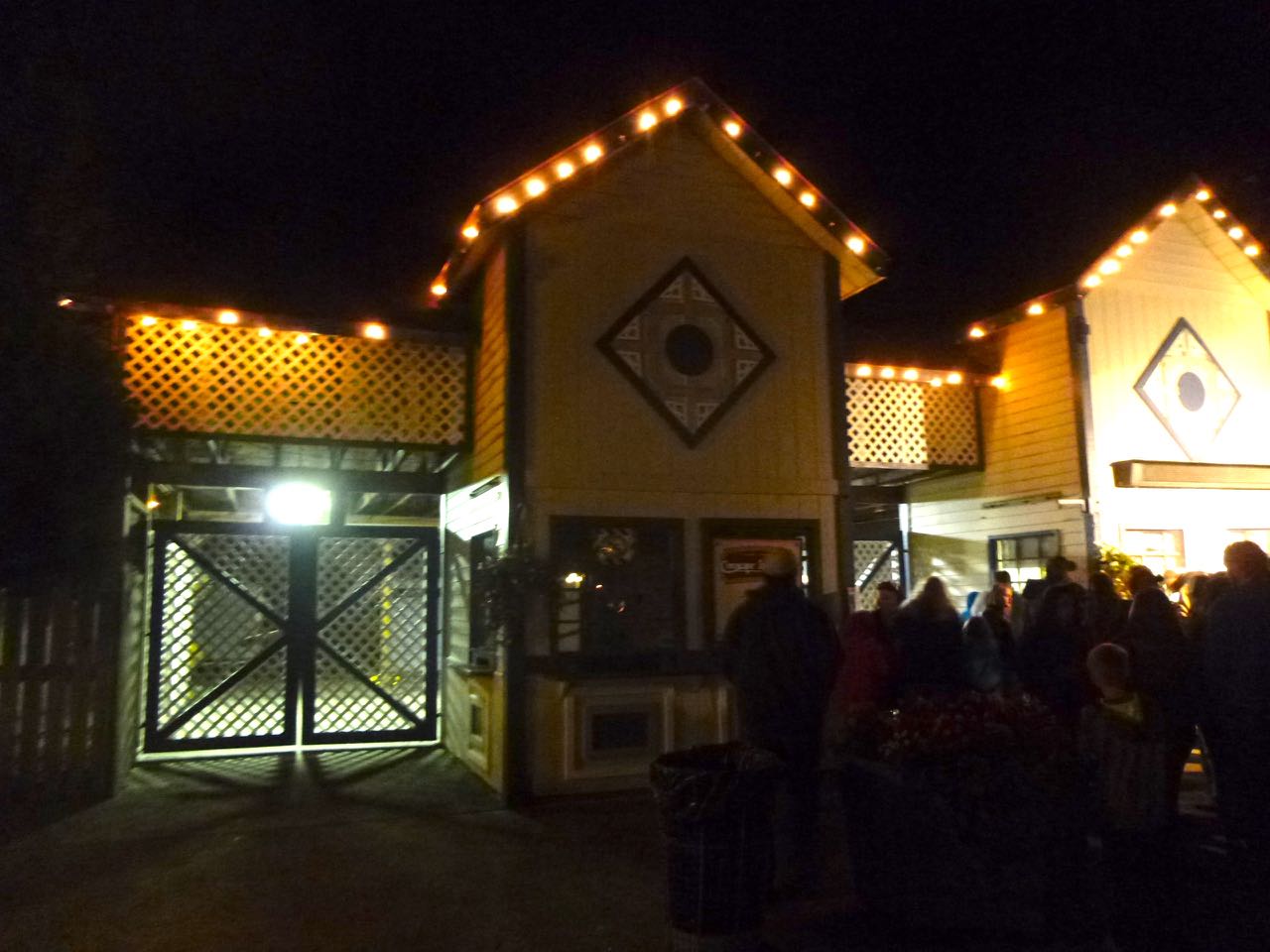 The gated entrance to Conneaut Lake Park, with an enormous line behind it. Ghost Lake draws incredible crowds, with people waiting something like two hours just to get in to a multi-hour walkthrough attraction. Who would have imagined that a scary, somewhat abandoned amusement park would be well-suited for a Halloween attraction? 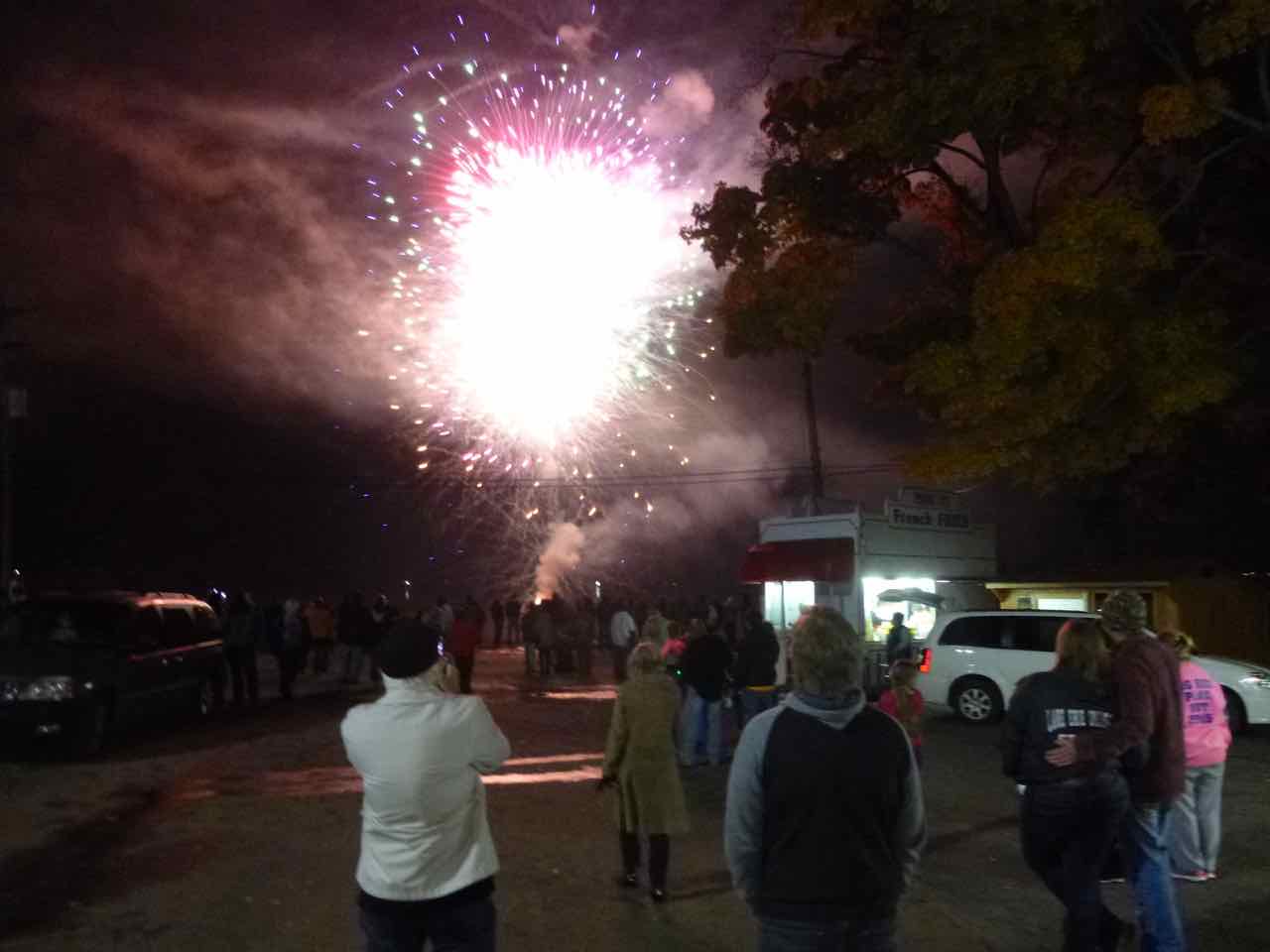 Fireworks! Set off over the Conneaut Lake. We got there a little late and were gathering some fried dough when they started, but it was easy to walk towards the light. Besides being fireworks they were also right down the main midway. The amazing thing is that since

bunny_hugger and I separated, we were still able to find one another in the crowd by night afterwards. How? I don't know. 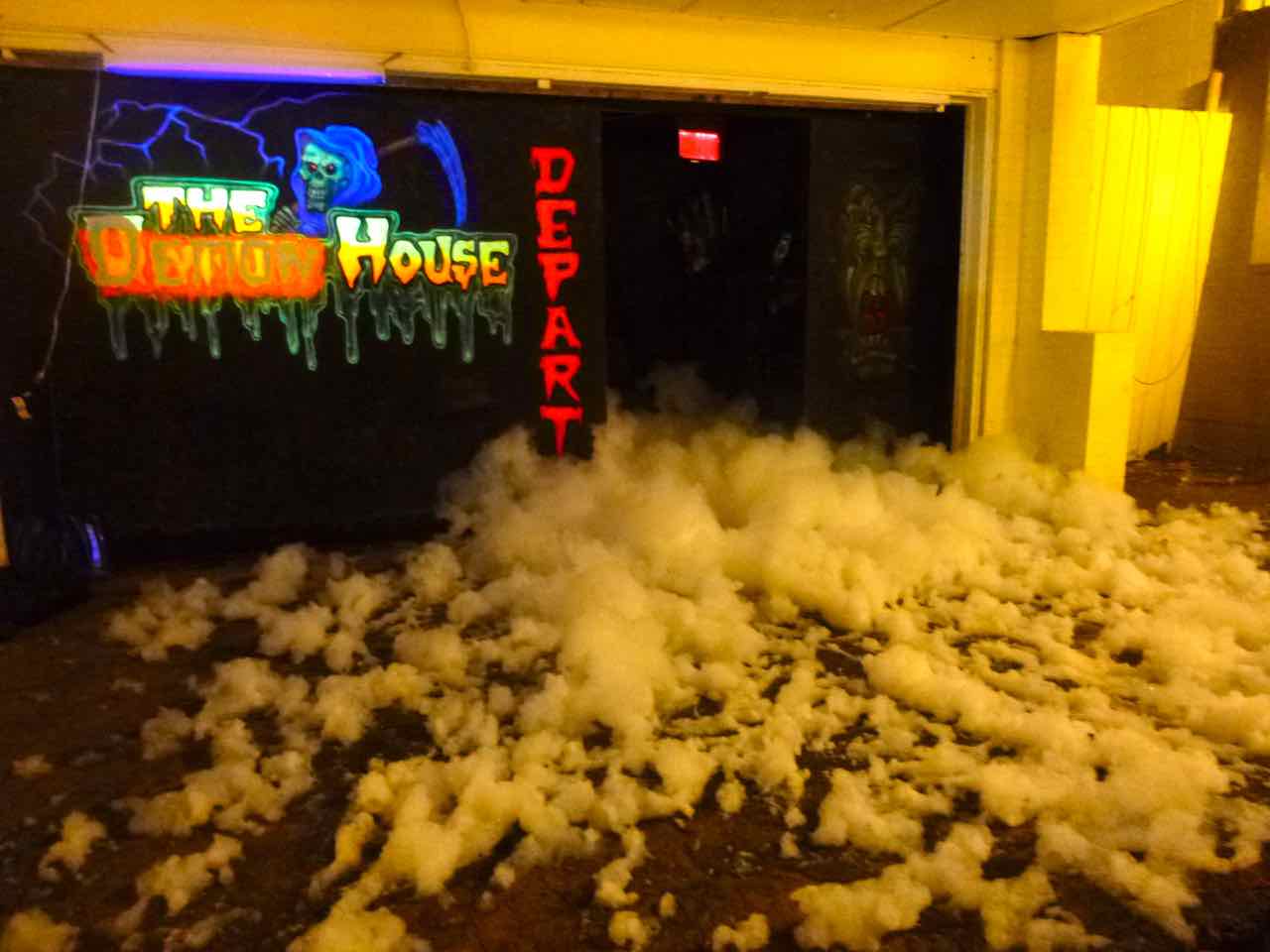 The Demon House: one of the attractions opened up for Ghost Lake and not part of normal Conneaut Lake Park operations. This was set up in one of the buildings that would house midway games if they had enough people or games. Why the foam? Don't know, since we didn't do the Ghost Lake tour. We did see groups of people stagering out of the foam and laughing, though, so perhaps it's some kind of amusement. 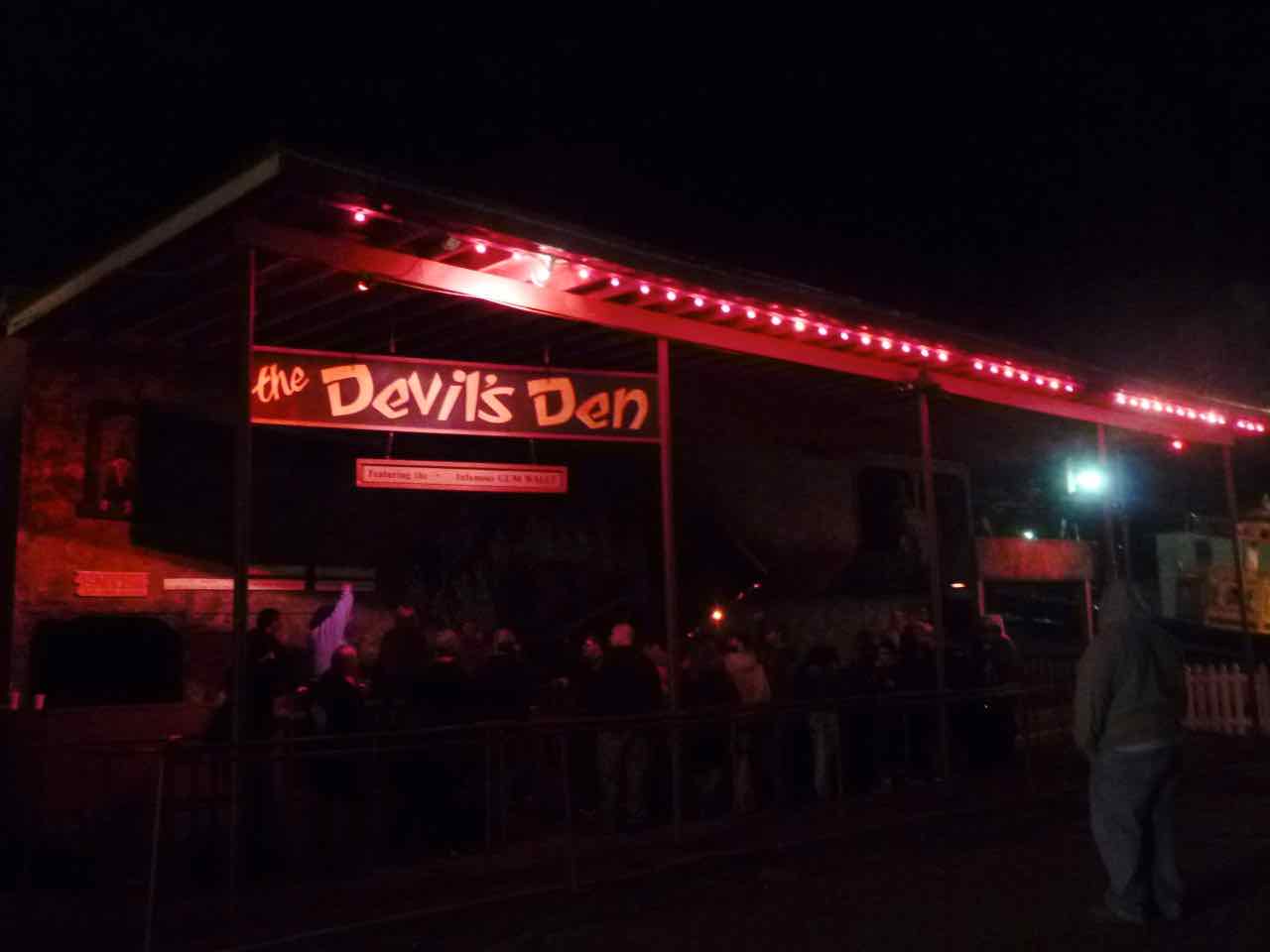 Many of Conneaut Lake Park's rides were running as Ghost Lake attractions, which has got to be particularly thrilling. The Devil's Den would be a natural for that, of course, and there was no less a line to do it at night. 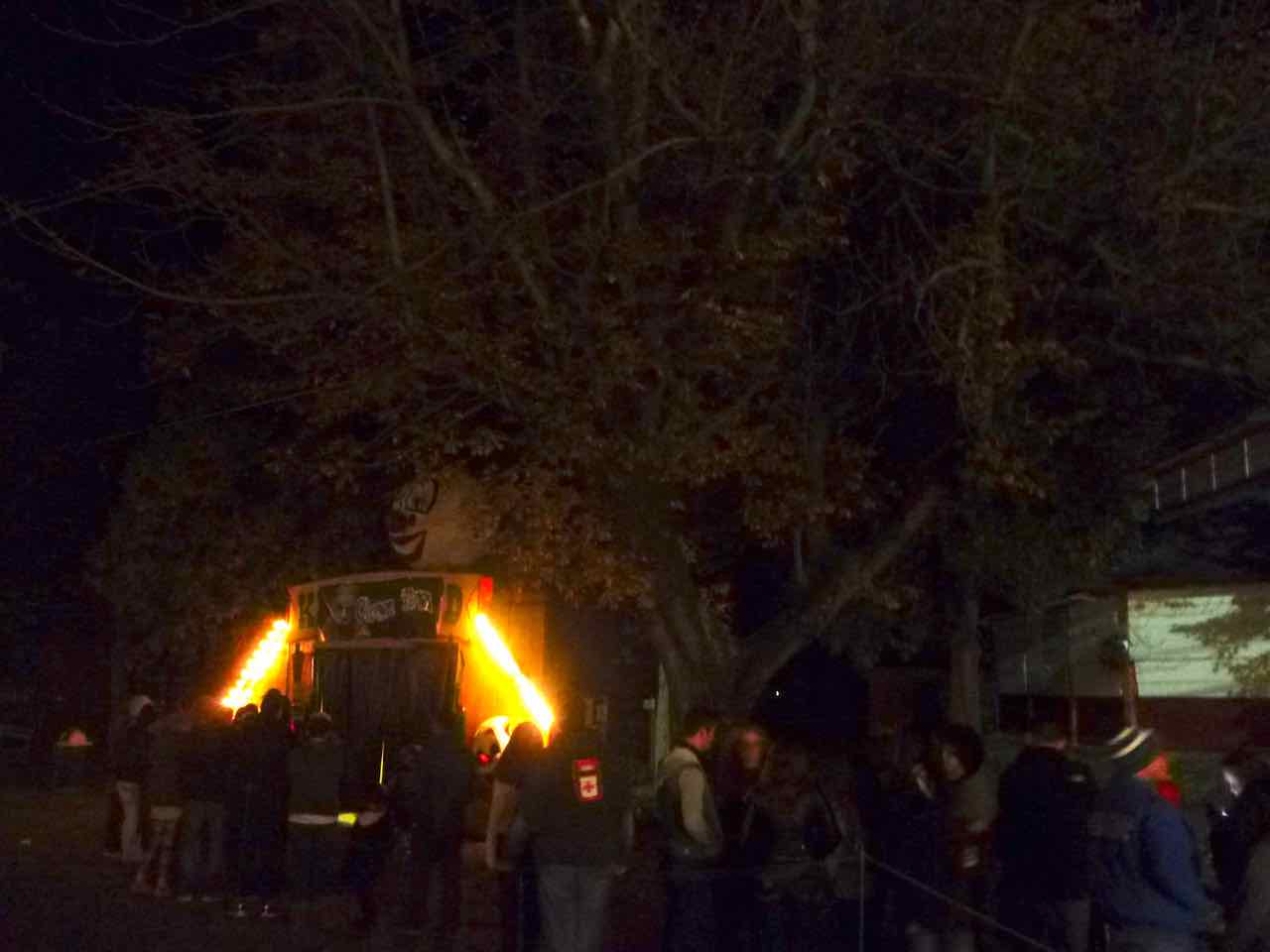 Conneaut Lake Park's Kiddieland was also open for Ghost Lake stuff after dark, although it was rethemed --- you can see the banner over the Kiddieland entrance --- as Some Steampunk Horror Something Or Other. The clown head atop the gate there had some kind of mechanism inside which in past years wasn't running; context suggests that the head was supposed to look back and forth and maybe wink or something. It wasn't doing that on this visit, but I did see (during the day) that the mechanism was running. It just didn't seem to do anything. 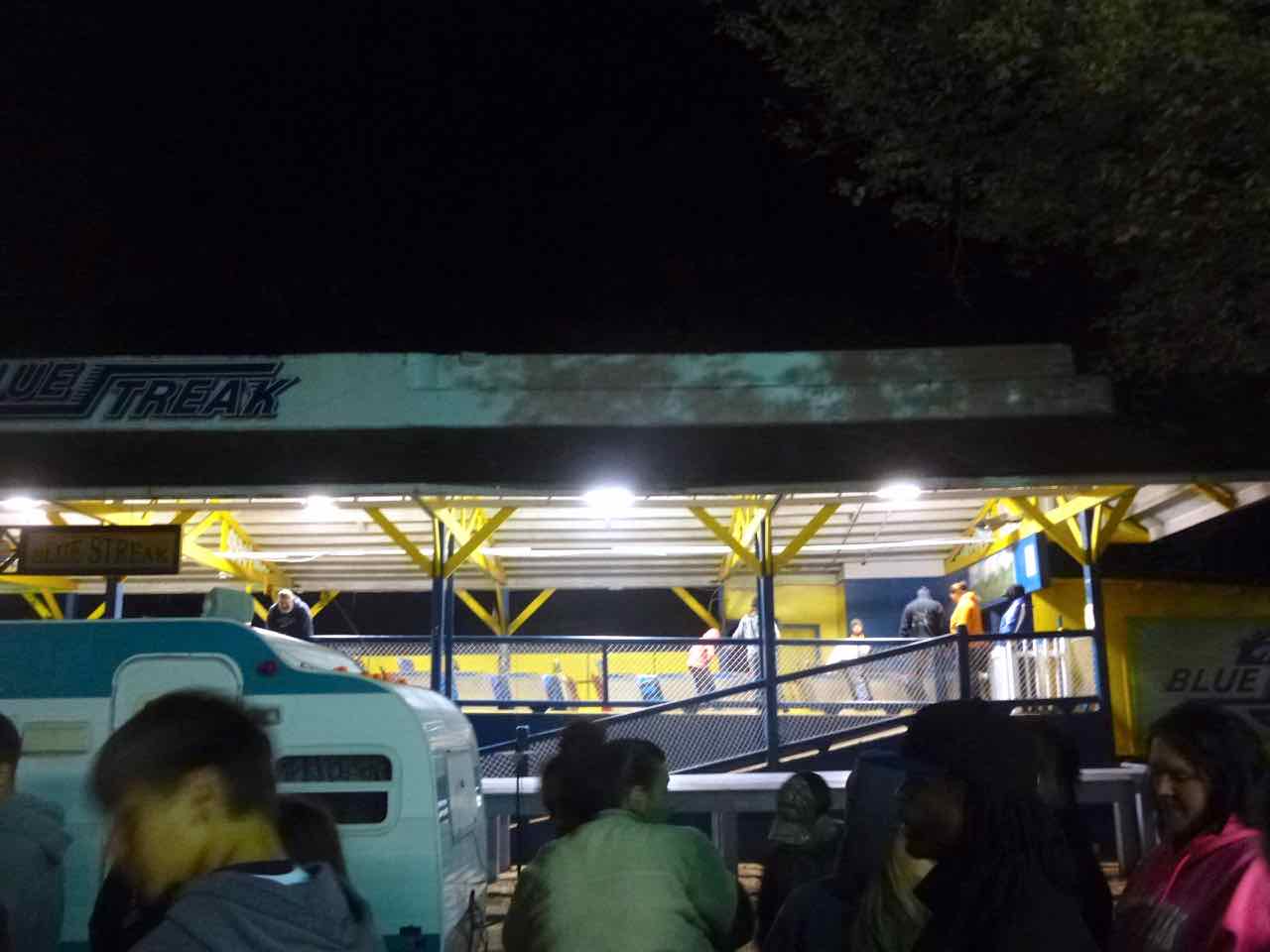 Blue Streak After Dark! It was one of the rides --- the last one --- running for Conneaut Lake Park's Ghost Lake attraction. I have to imagine that's an incredible experience to ride in the dark, but again, given there'd be hours just to get in to a multiple-hour walkthrough to get here we didn't think that worthwhile. What a thing to consider, though. I hope we're able to get to a Park After Dark event.

Trivia: To both image and measure the mass of Uranus's moon Miranda the Voyager 2 probe would have to reconfigure its position during a five-minute window of opportunity during the closest approach to the moon. It succeeded. Source: Voyager: Seeking Newer Worlds In The Third Great Age of Discovery, Stephen J Pyne.