The day before Conneaut Lake Park we stopped in on Cedar Point for Halloweekends. What did that look like? This, mostly: 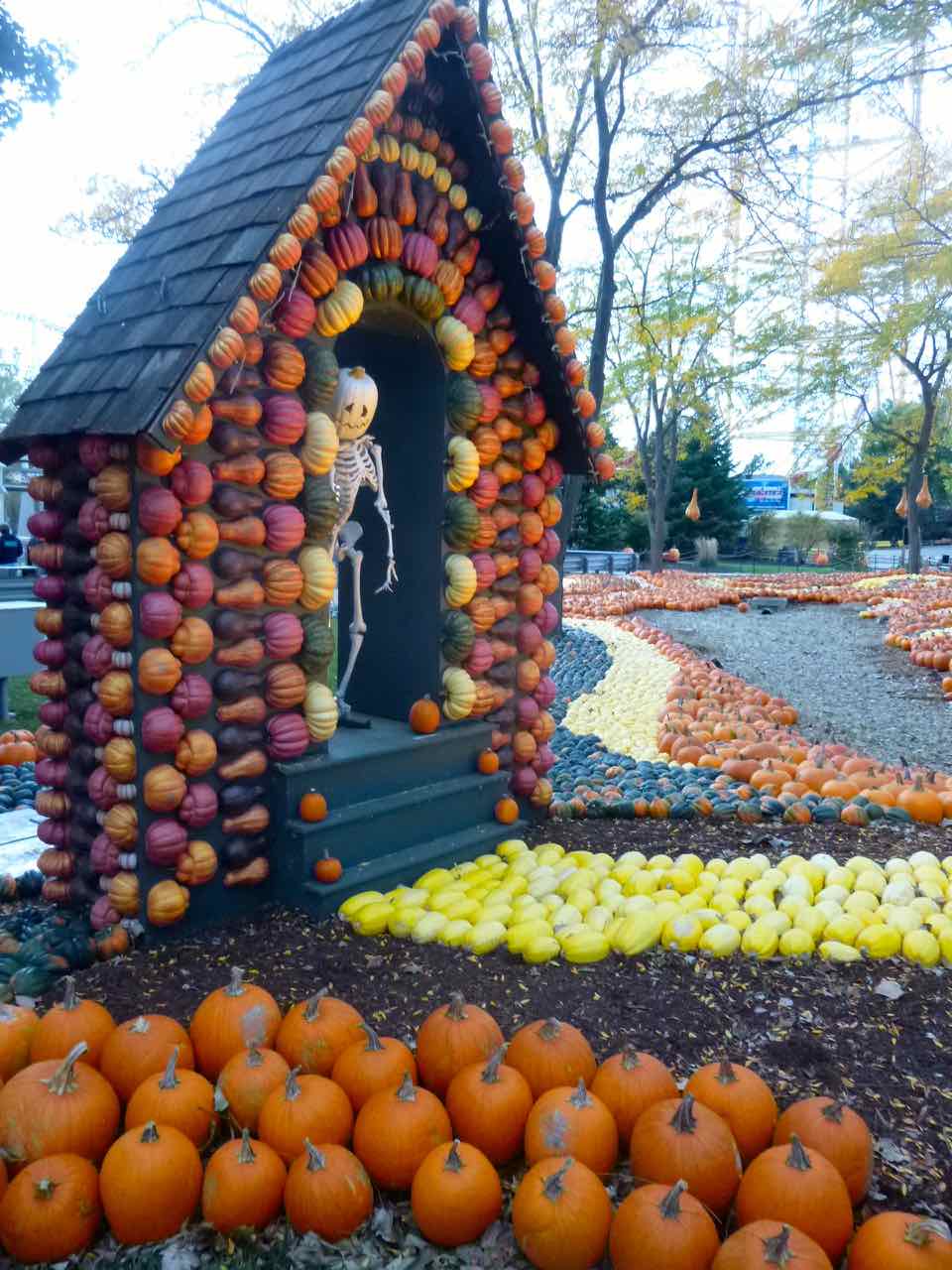 At Michigan's Adventure all summer saw them growing pumpkins and wondered why. After all, Michigan's Adventure doesn't open for Halloween events. And then we got to Cedar Point, its sister park, and it turns out they had all the pumpkins in the world there. It makes for some striking displays, like this. 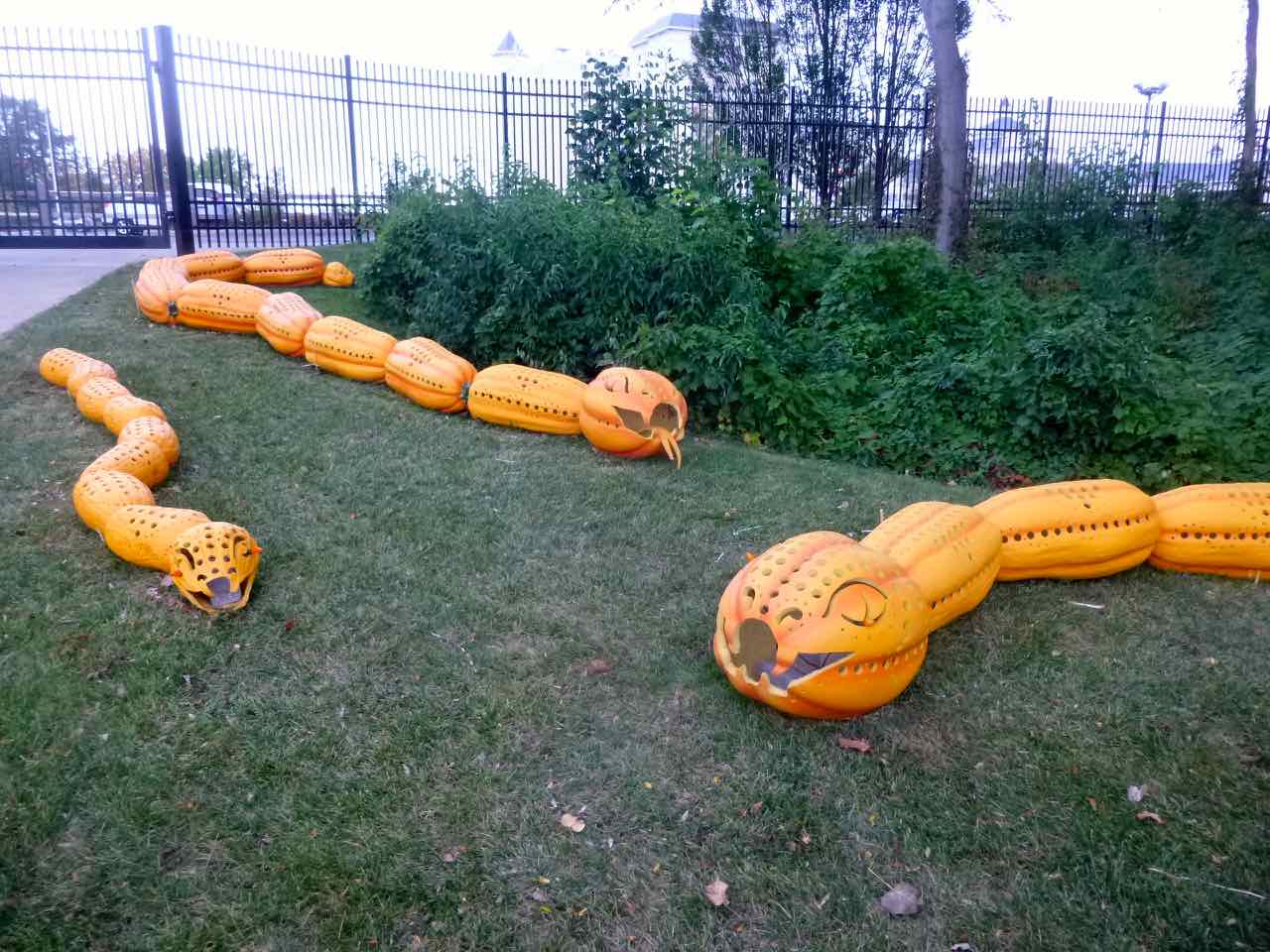 Cedar Point didn't just have real pumpkins. They also had a lot of fake ones, for jack-o-lanterns or for sculptures like these pumpkin snakes. They're more impressive after dark, although we wouldn't learn that until the next weekend. 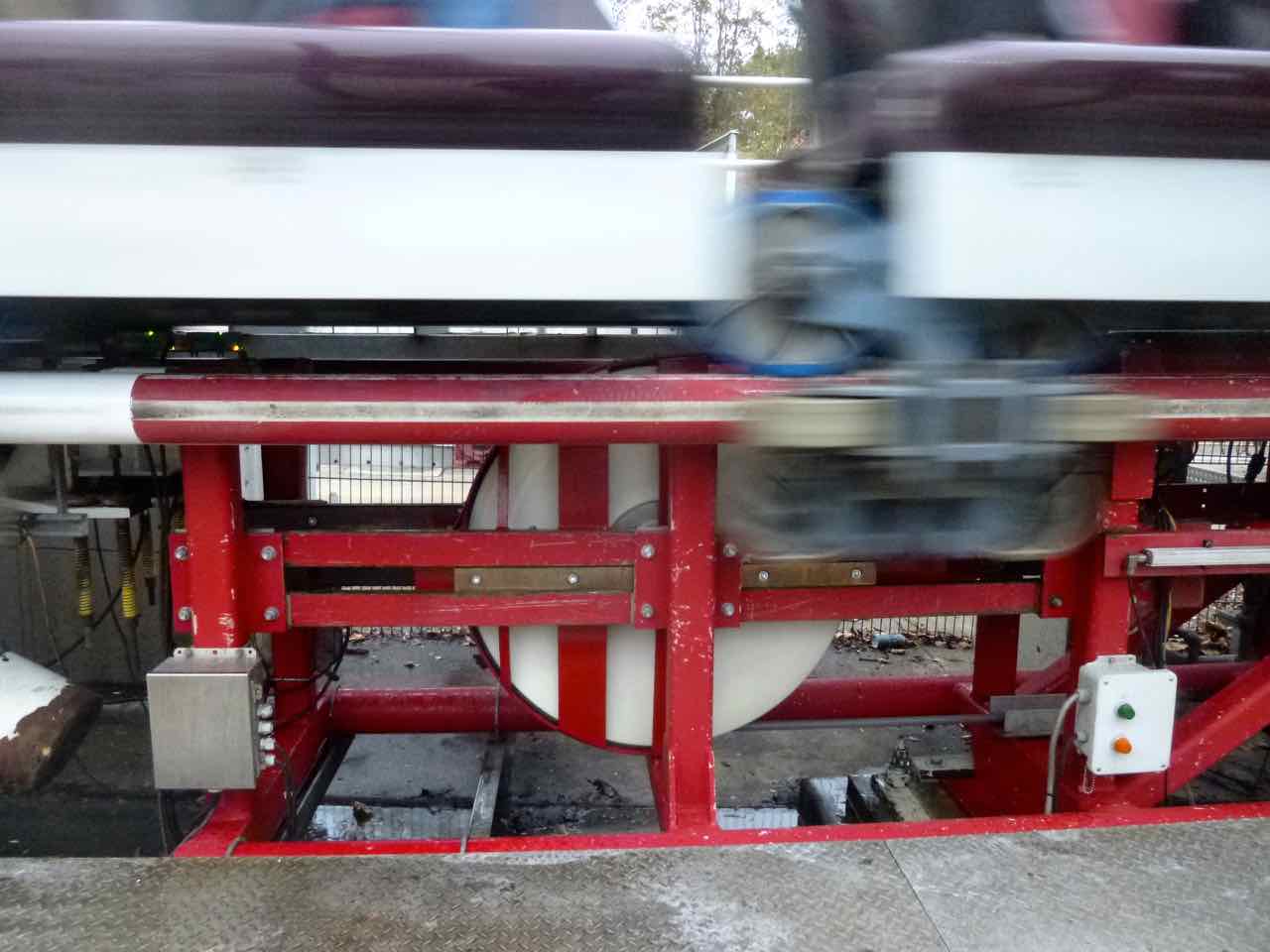 Top Thrill Dragster! We got this view of the flywheel used to launch the train. It spins up quite a good bit. Among the things I had never noticed before is that there's a lot of water sprayed onto the wheel while it spins up. I don't know if this is for sound dampening or if it's to do something with excess heat from the wheel spinning up and braking. 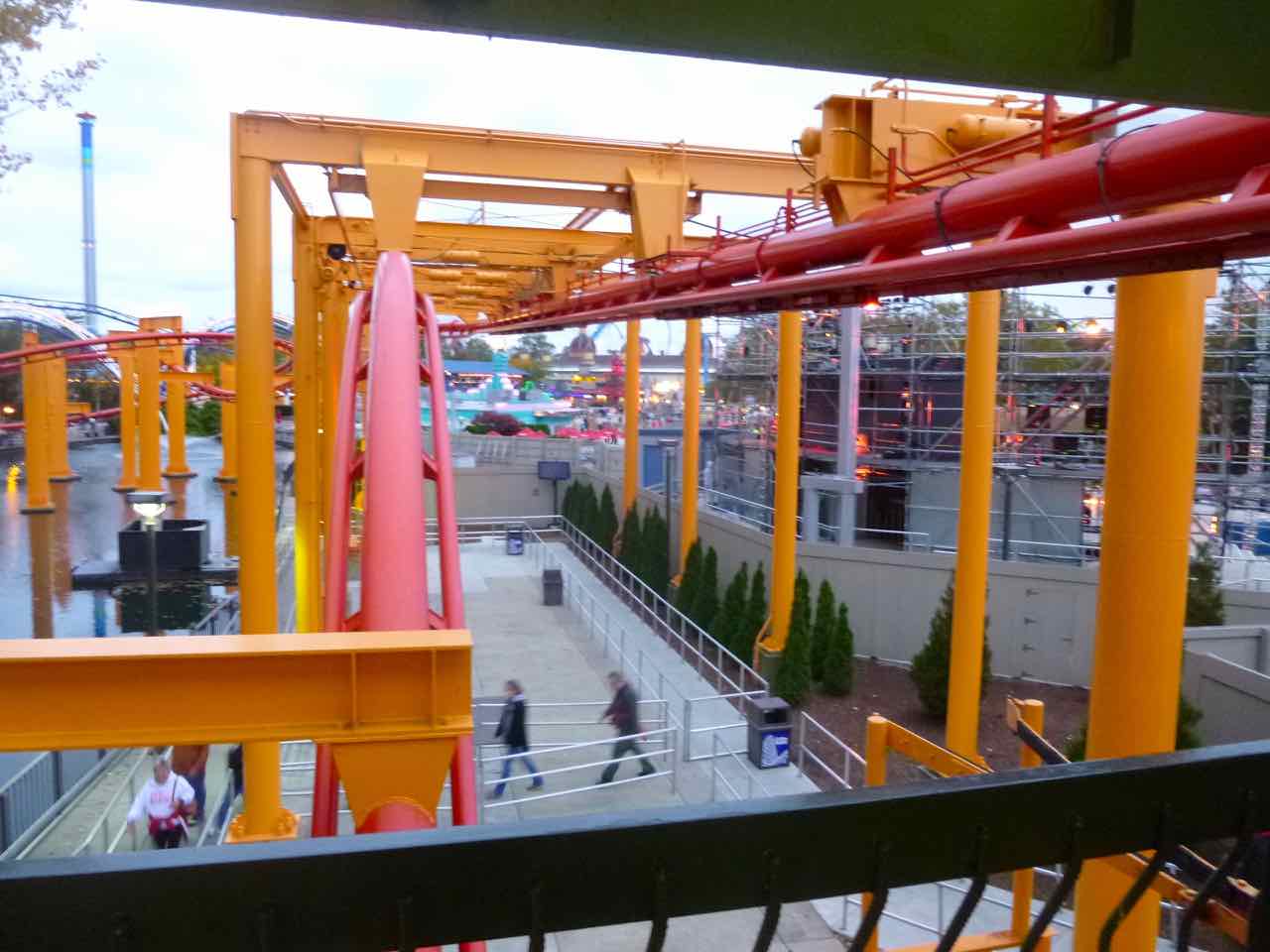 The part of Iron Dragon that most looks like a public art installation. We don't often ride the back seat of that roller coaster. So we got this view of the return leg of the ride, one I don't remember noticing before. I'm amazed how angular the track and support structure look from here. 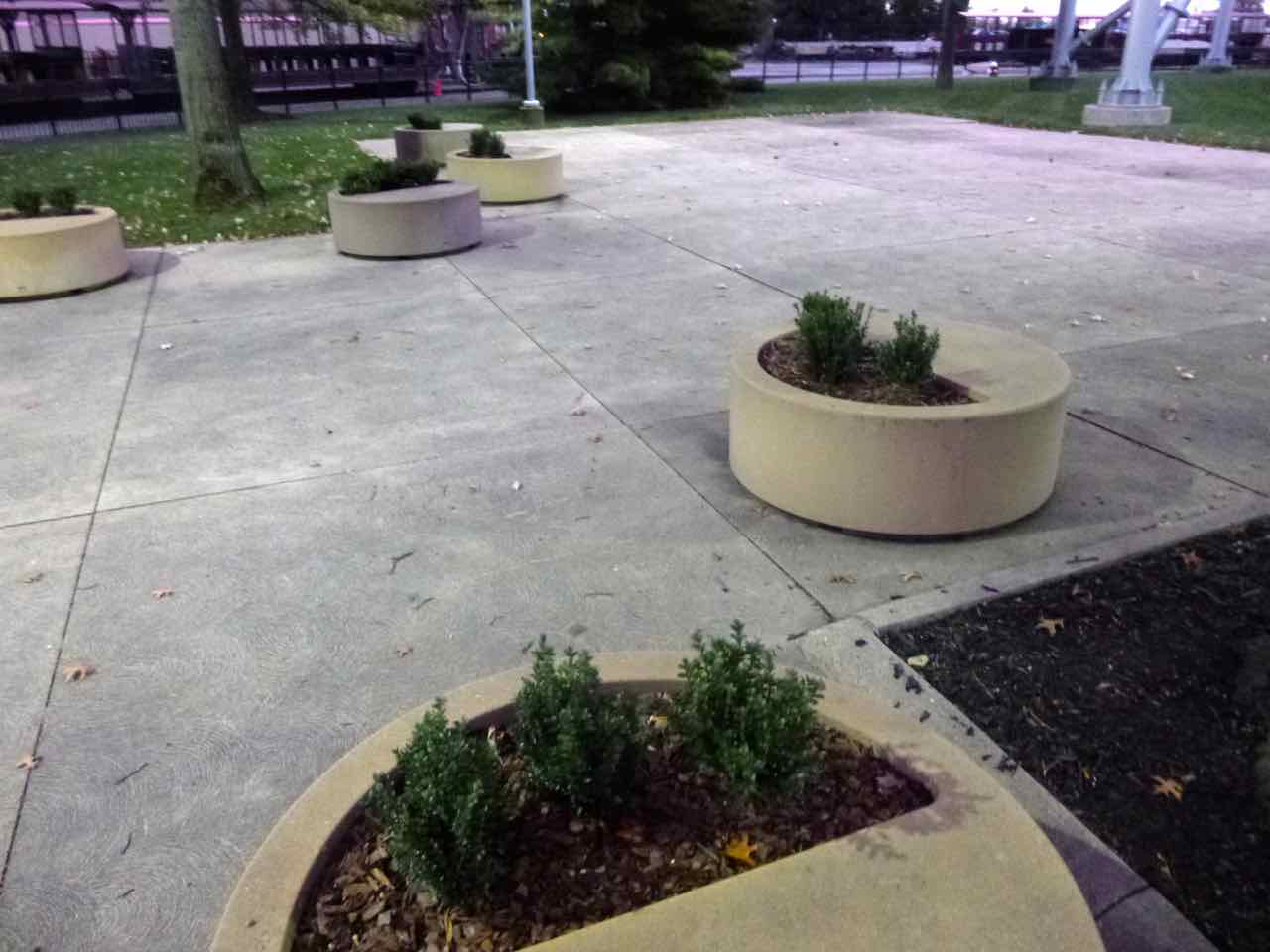 Billennium Park! This is a little open area nearby Millennium Force whose purpose seems to defy sense. It's not fenced off or anything; anyone can walk into it. But there's no benches or tables or concession stands, nor is there evidence that there ever were. You can walk right up to some of the supports of the roller coaster, which seems out of character for Cedar Fair parks. (You can't get near the track, mind you, or the path of the roller coaster.) It doesn't lead to anywhere; it's just a cul-de-sac. I don't remember noticing it before this year, but it's not new: the pavement shows the cracks of age (by the supports, mostly). So why is it there, and what for?

Trivia: Denmark dropped the 19th through the 28th of February, 1700 in converting from the Julian to the Gregorian calendar. Source: Mapping Time: The Calendar and its History, EG Richards.