It's close to midnight and something evil's lurking in the dark

And my mathematics blog. What has been going on there? Mention of RSS feed now made. Here's what, this past week. It's been a lot of comics, after a comics-light previous week. 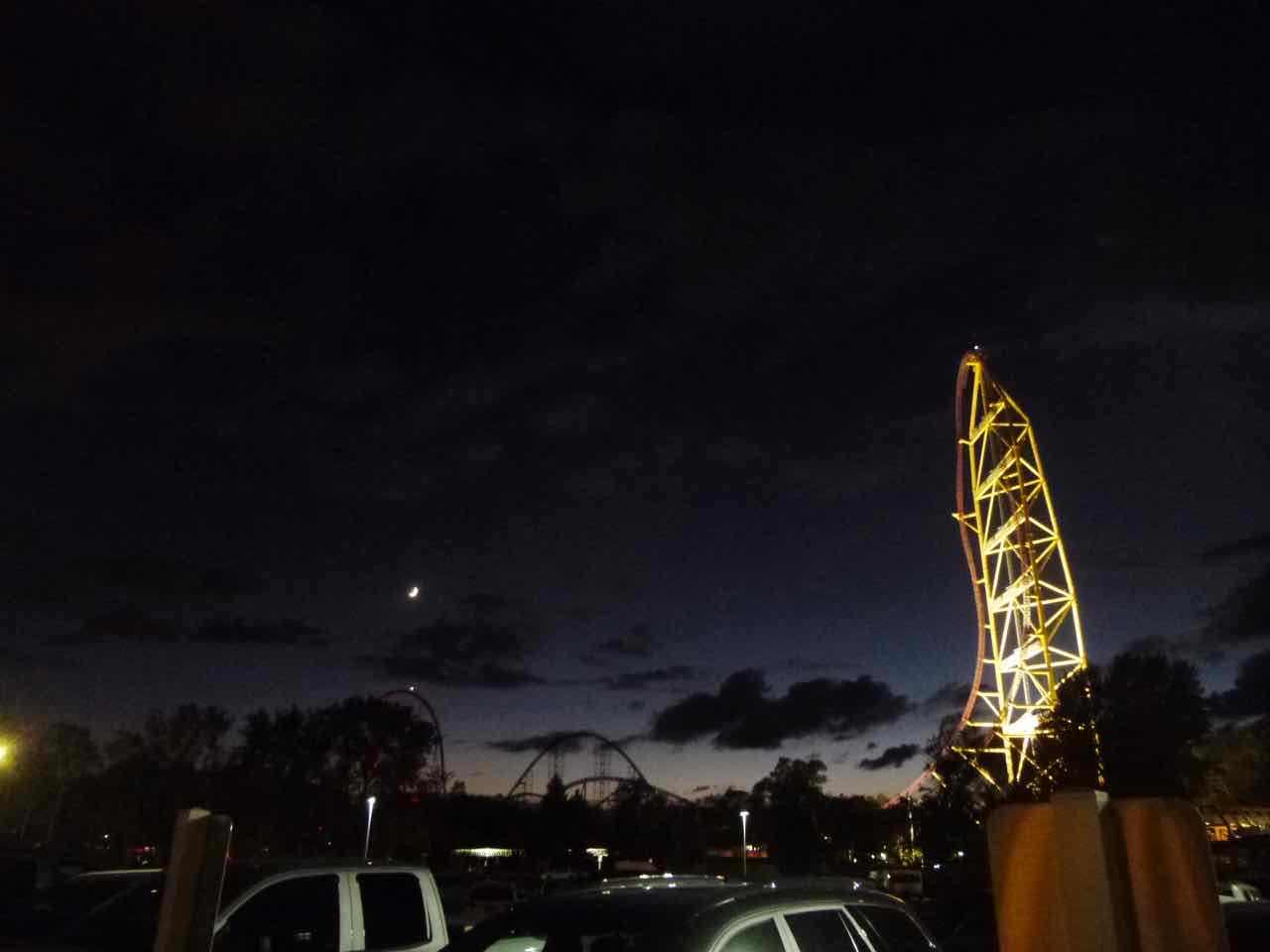 We got there near sunset and isn't that a great time to catch plays of light? 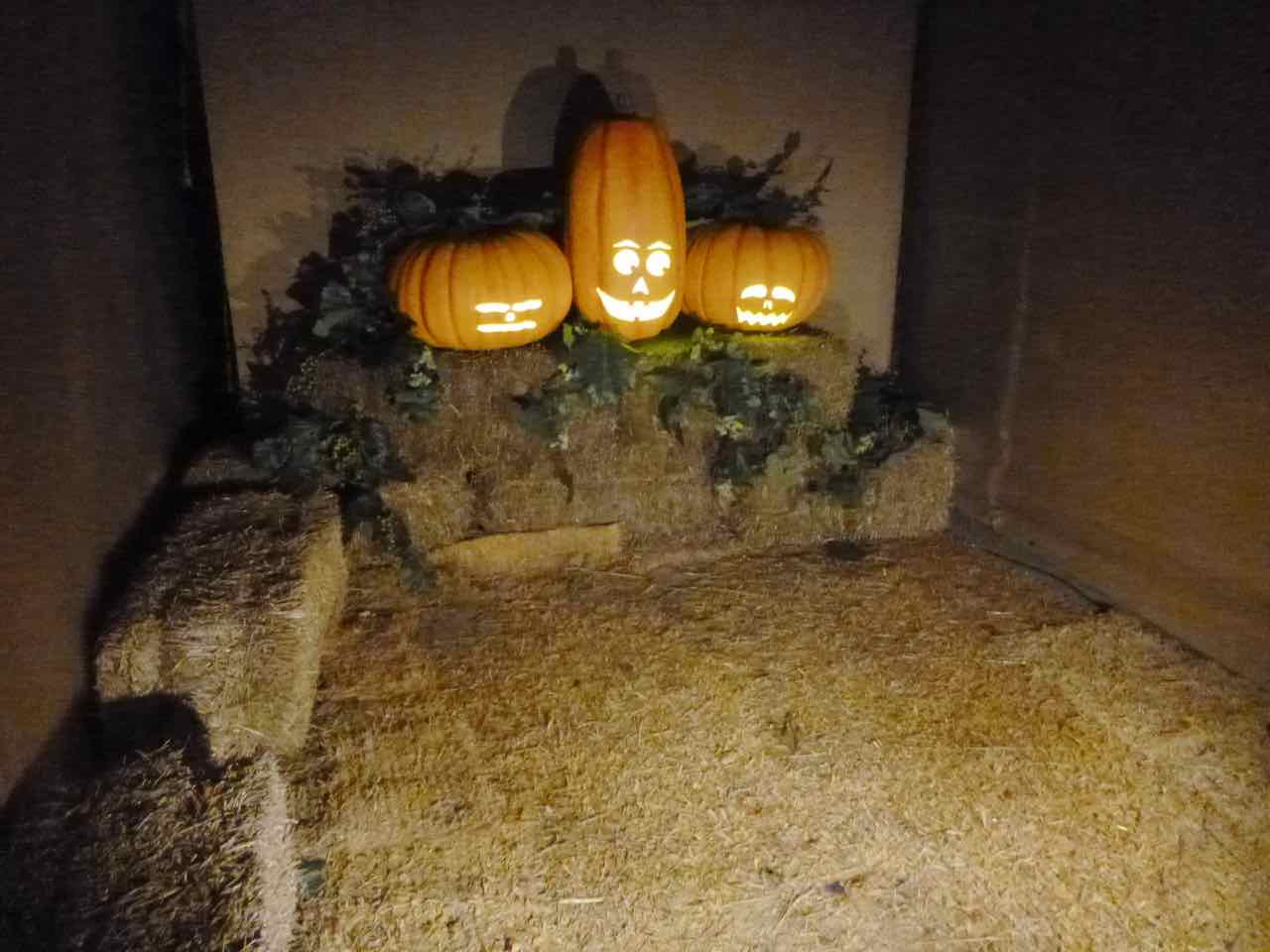 Part of the Halloweekends decorations: pumpkins that sing! It's done by a light projector, which is less impressive than an animatronic pumpkin singing, unfortunately. But that does mean that if you catch it at the right time, the pumpkins will be blue-screened. 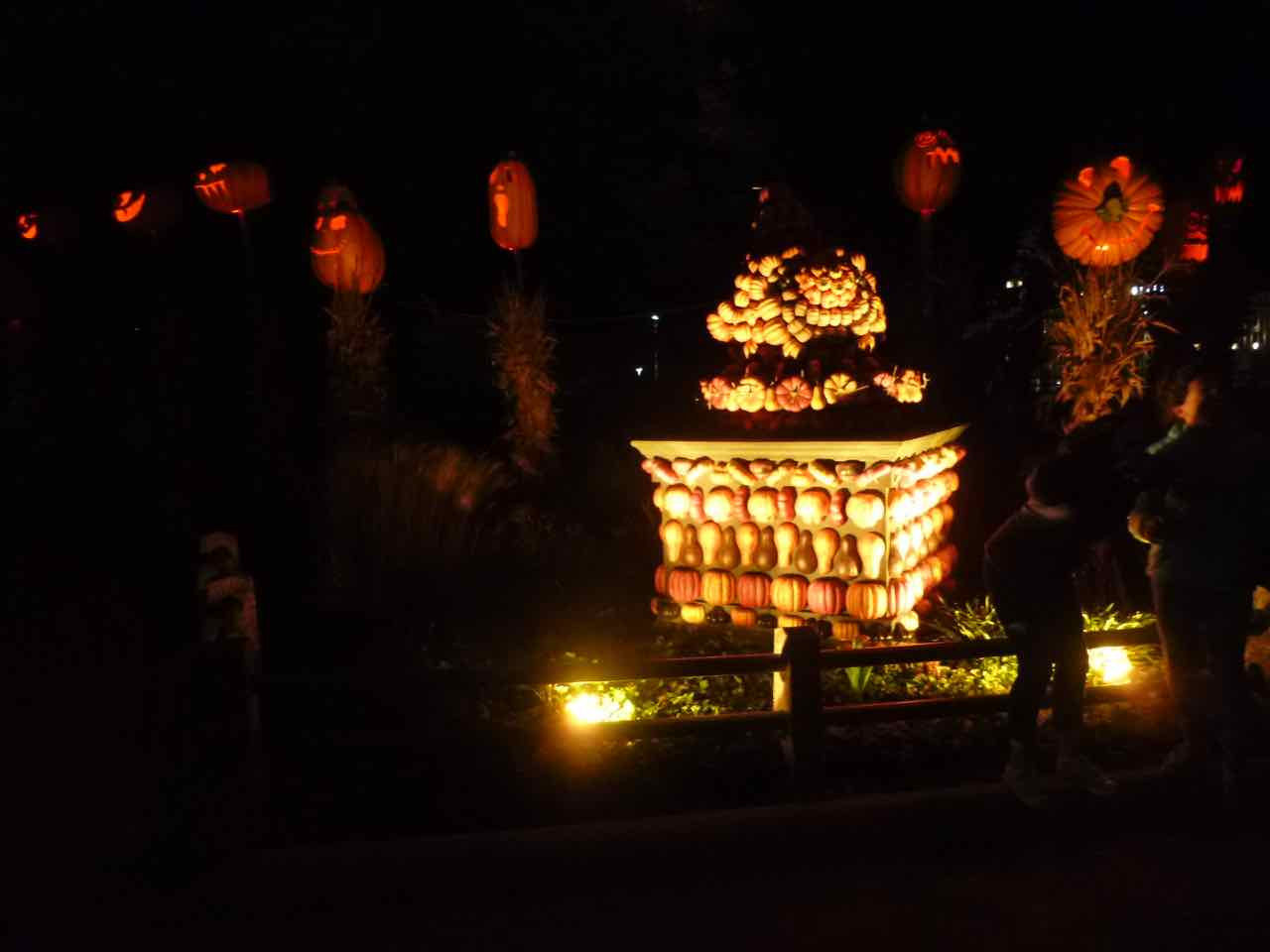 Gourds by night! Many of these were plastic, which will make it easier to reuse the decorations next year. But you see how good the whole thing looks. 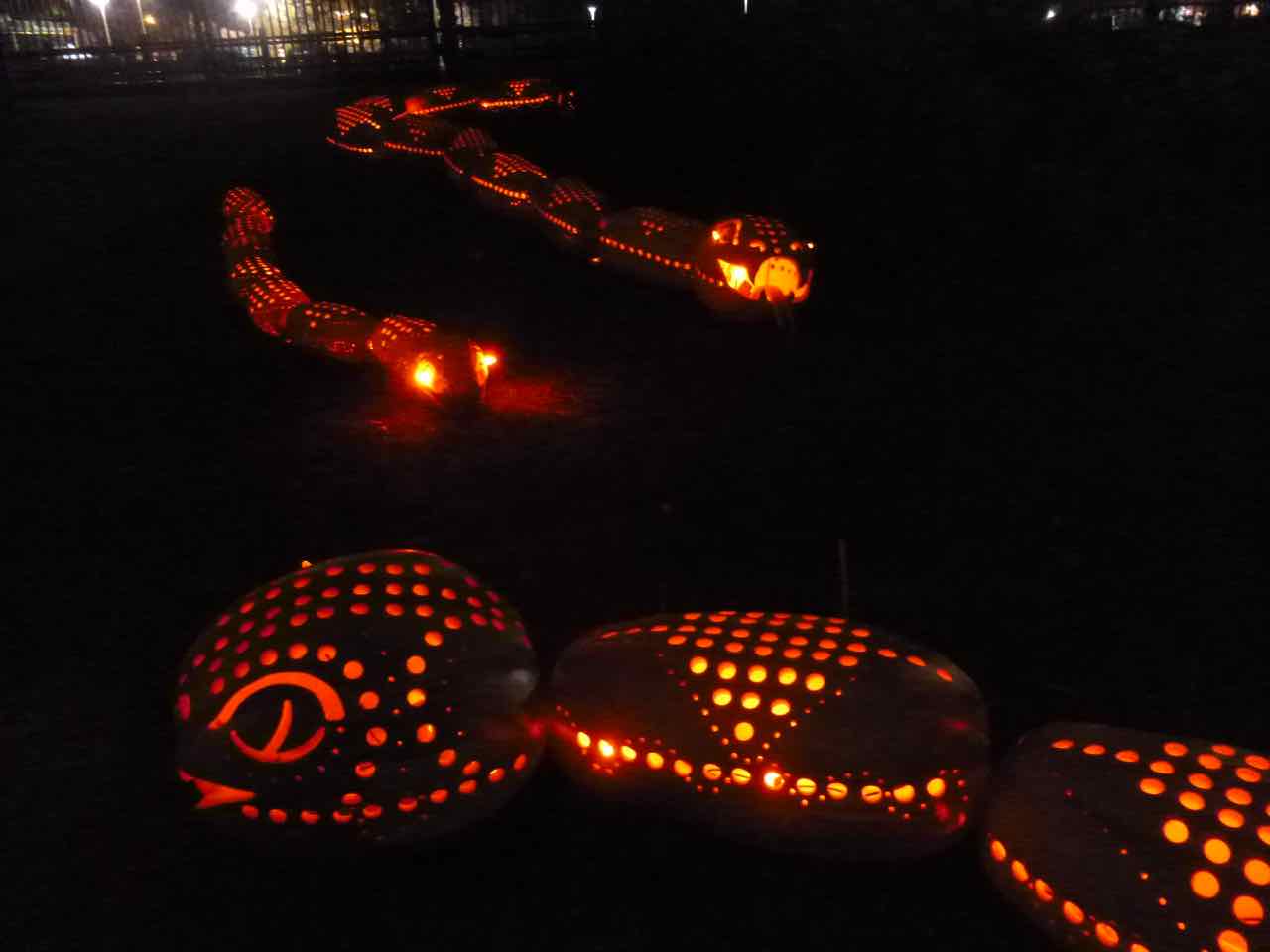 Pumpkin snakes! I had pictures of these before, by day. This is what they look like when they really, er, shine. 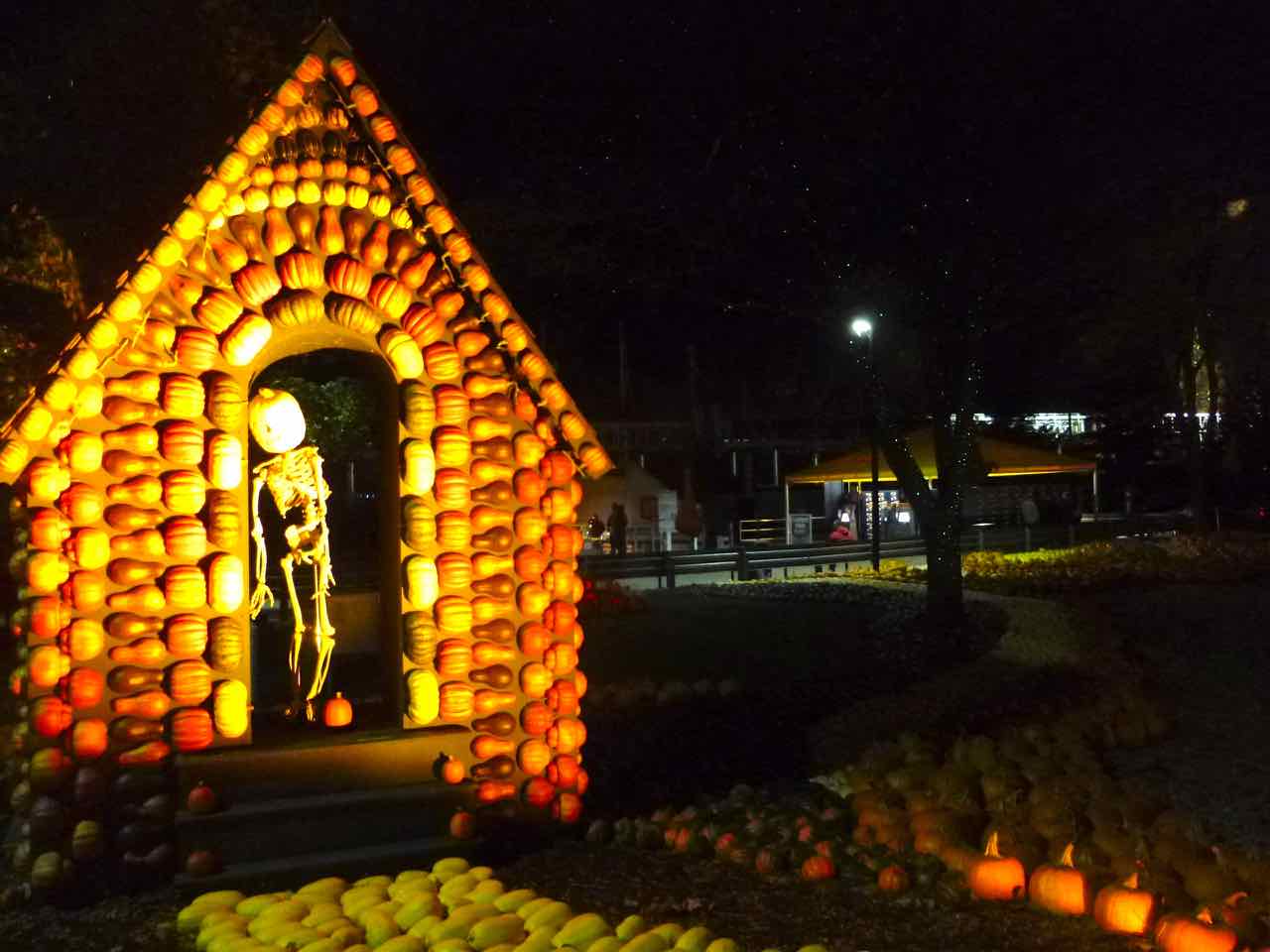 Remember the skeleton in the pumpkin guard house? This is what it looks like by night. The skeleton looks better, although the gourd field around them looks worse than they do by day.

Trivia: In the last game of the 1928 World Series, Cardinals pitcher Willie Sherdel apparently struck Babe Ruth out with a quick pitch, a ball tossed when he was in the batters box but not obviously ready. As the baseball commissioner had disallowed quick pitches before the Series, Ruth was given another swing, on which he hit a home run. The Yankees would win the game and series. Source: A Game Of Inches: The Story Behind The Innovations That Shaped Baseball, Peter Morris.