Have my mathematics blog on your Friends page? No, you don't. Have it on your RSS reader? No, of course not, we stopped using RSS because ... um ... we found we were too happy with life or something? I don't know. Anyway, here's what's run the past week there:

Halloweekends Saturday, of course, we used to visit the Merry-Go-Round Museum in Sandusky. And now, you can too! 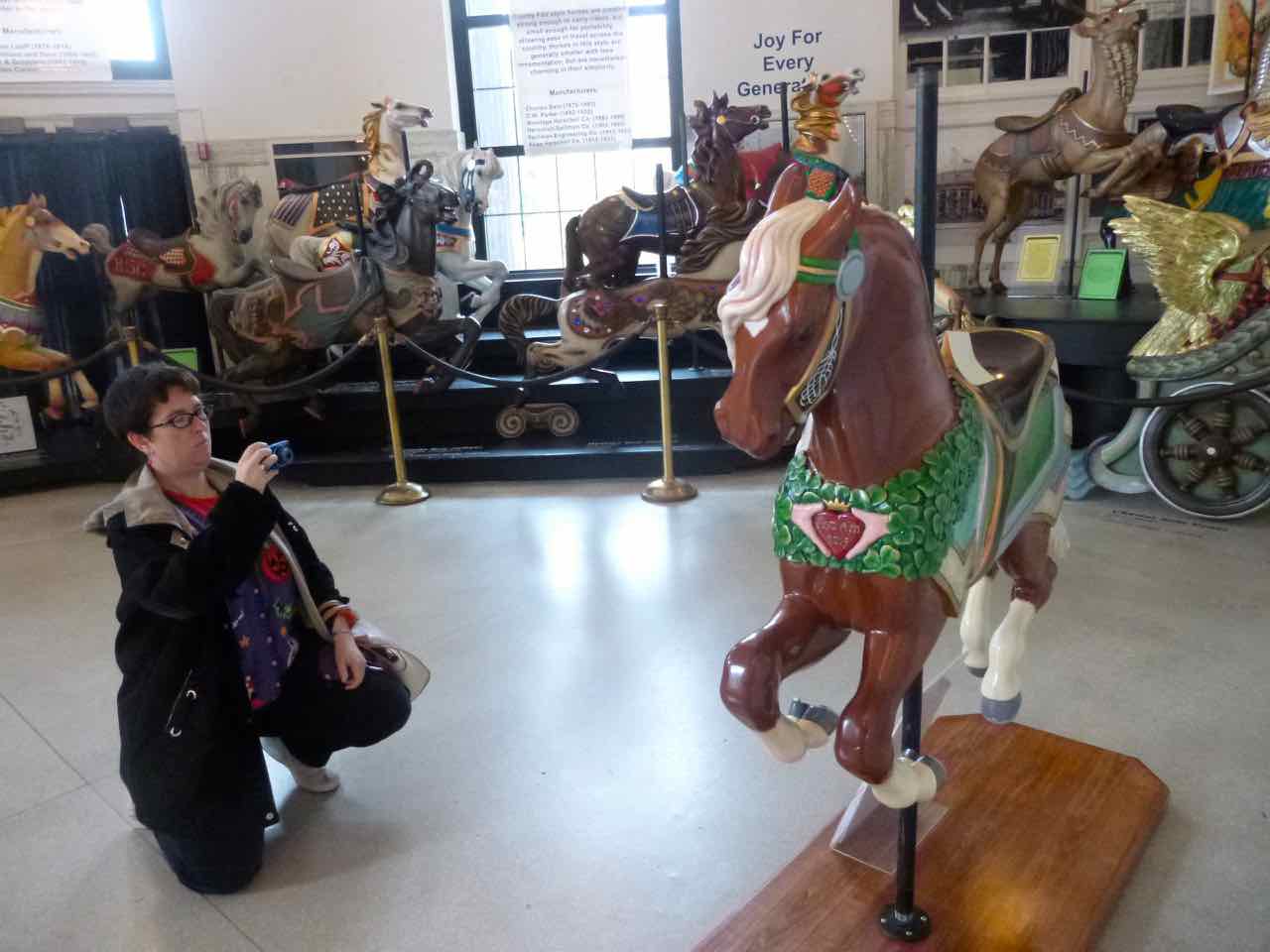 bunny_hugger gets a picture of the Merry-Go-Round Museum's own-carved holiday mount. This, their Saint Patrick's Day horse, was the raffle giveaway for New Year's. We didn't win. Or they didn't leave a message, anyway. 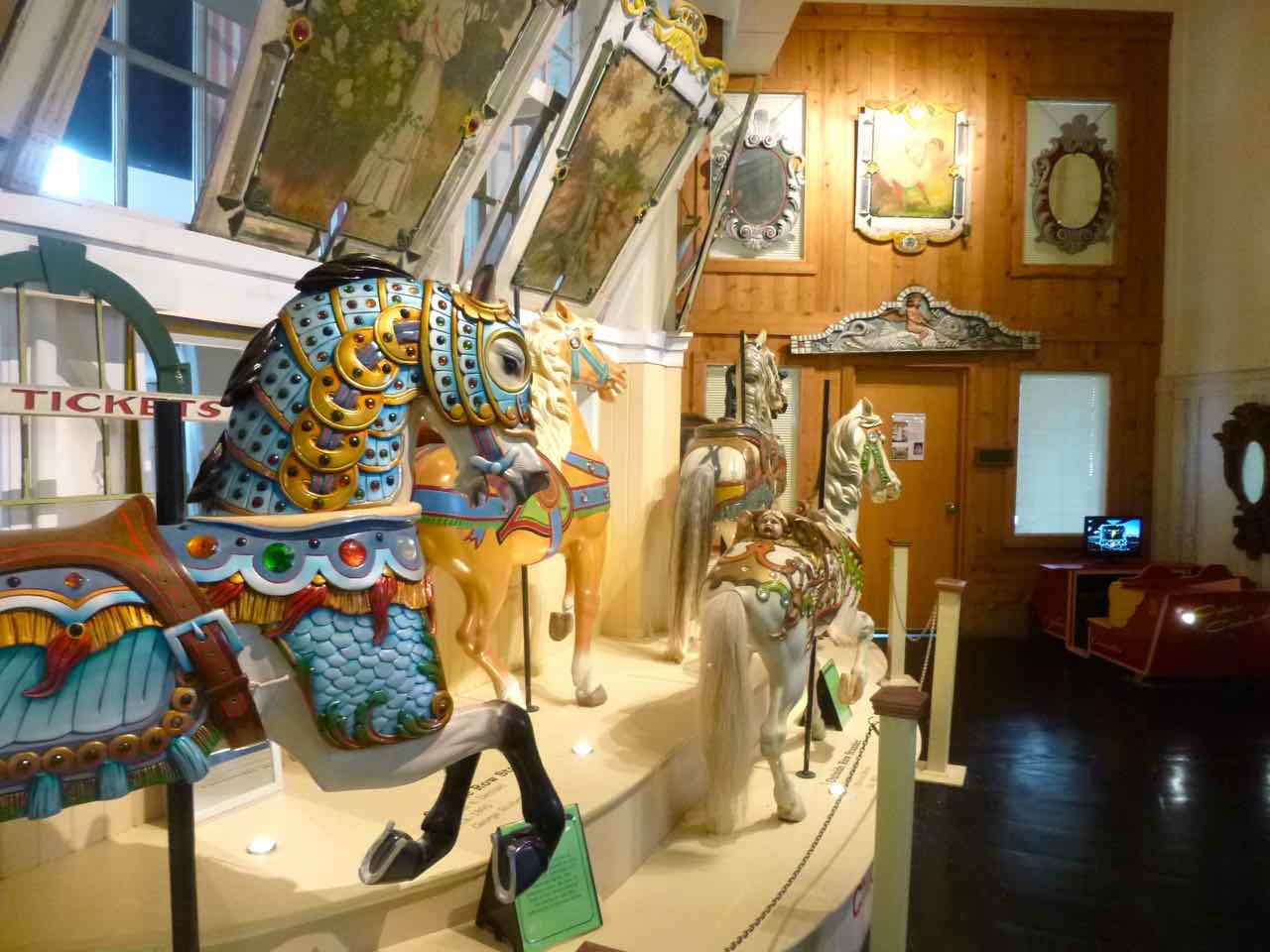 Some of the horses at the Merry-Go-Round Museum, plus a ticket window from Euclid Beach Park (Cleveland). In the far background you can see a ``roller coaster simulator'' that's just a fixed chair with a small screen showing a Magnum XL 200 ride video. 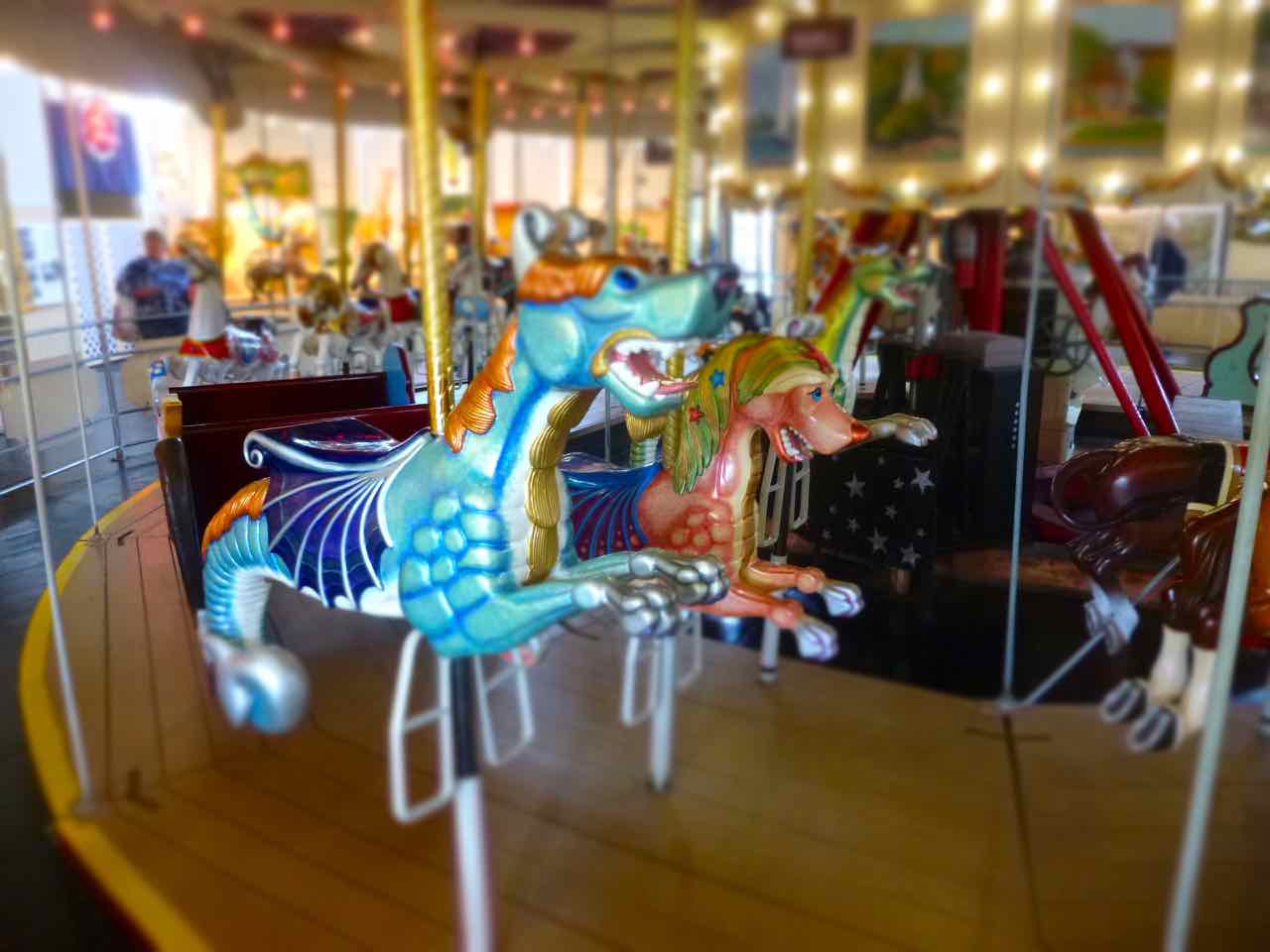 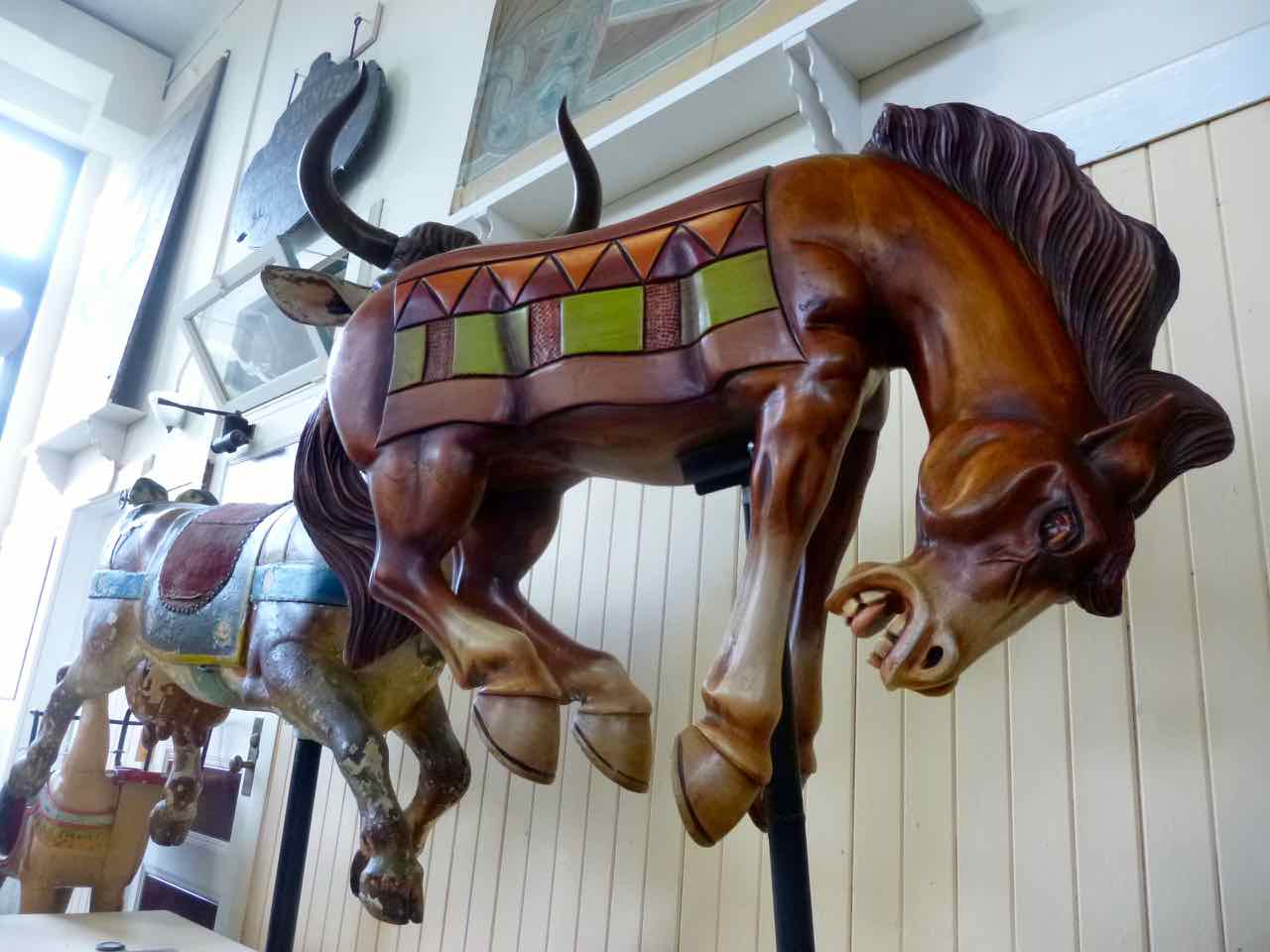 A bucking horse and a cow, exhibits at the Merry-Go-Round Museum. The cow is from a European carver, and it's been left unrestored to give some better idea of what stuff looks like when it comes to them. I don't believe this is the mount that was found abandoned in a barn and used some for bow-and-arrow practice as a target, but they do have one there. 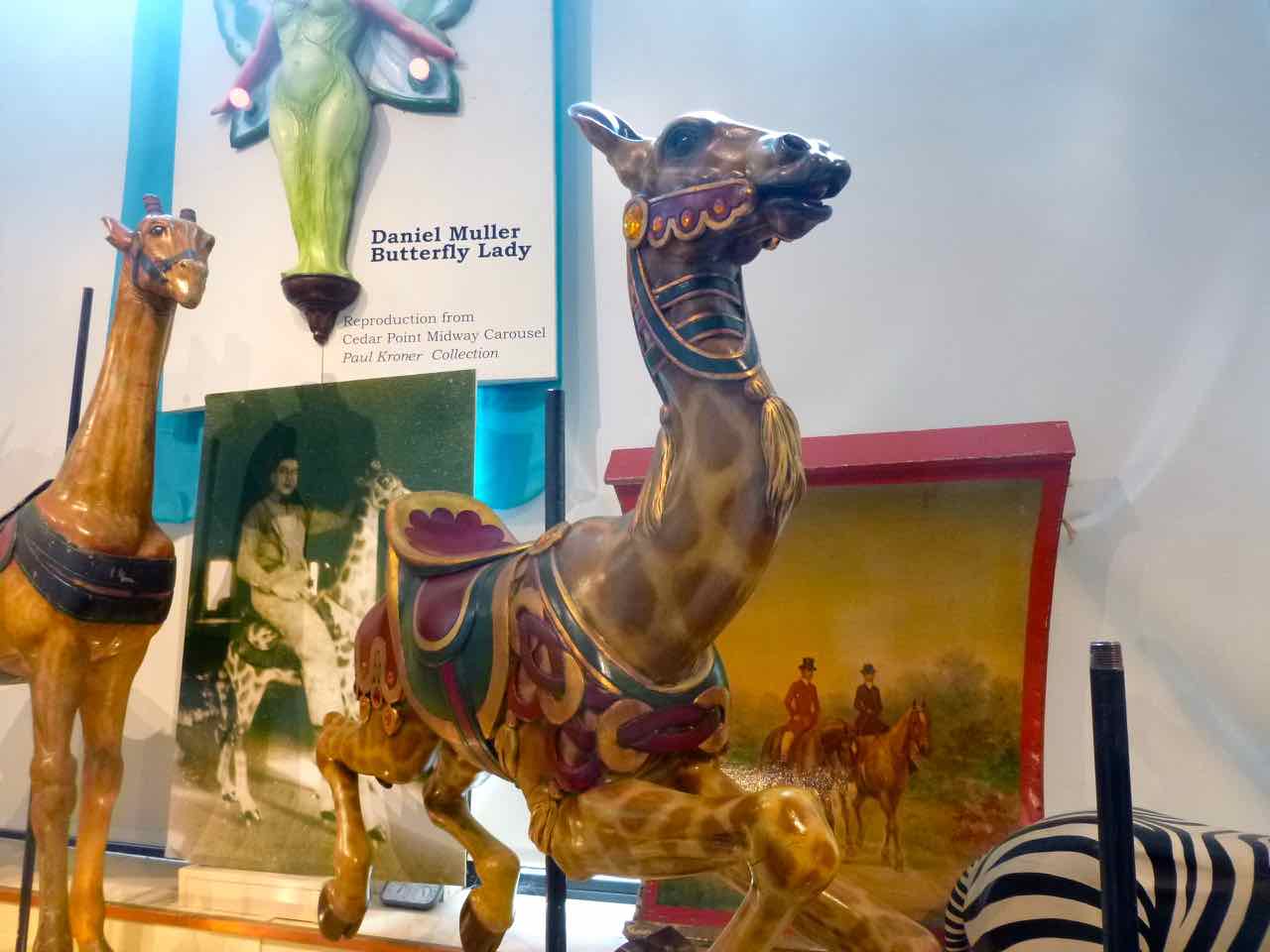 ``They want a giraffe?'' said the carver, sometime in 1920. ``What the dickety-heck is a giraffe? Gimme the dictionary ... uhm ... `giraffe. African animal. Another name for cameleopard'. OK. I can do a camel leopard. No, I'm not gonna waste time taking a trip to the zoo. I gotta start carving!''

Trivia: The Viking Mars Landers were, before separation from the orbiter, given an initial computer load with instructions for a complete, basic, sixty-day mission even if no further instructions were received from Earth. Source: On Mars: Exploration of the Red Planet 1958 - 1978, Edward Clinton Ezell, Linda Neuman Ezell. NASA SP-4212.