Later on, we'll conspire as we dream by the fire

And what's been on my humor blog the past week? The weather, mostly.

To Cedar Point Halloweekend Sunday, a time when my back was not punishing me: 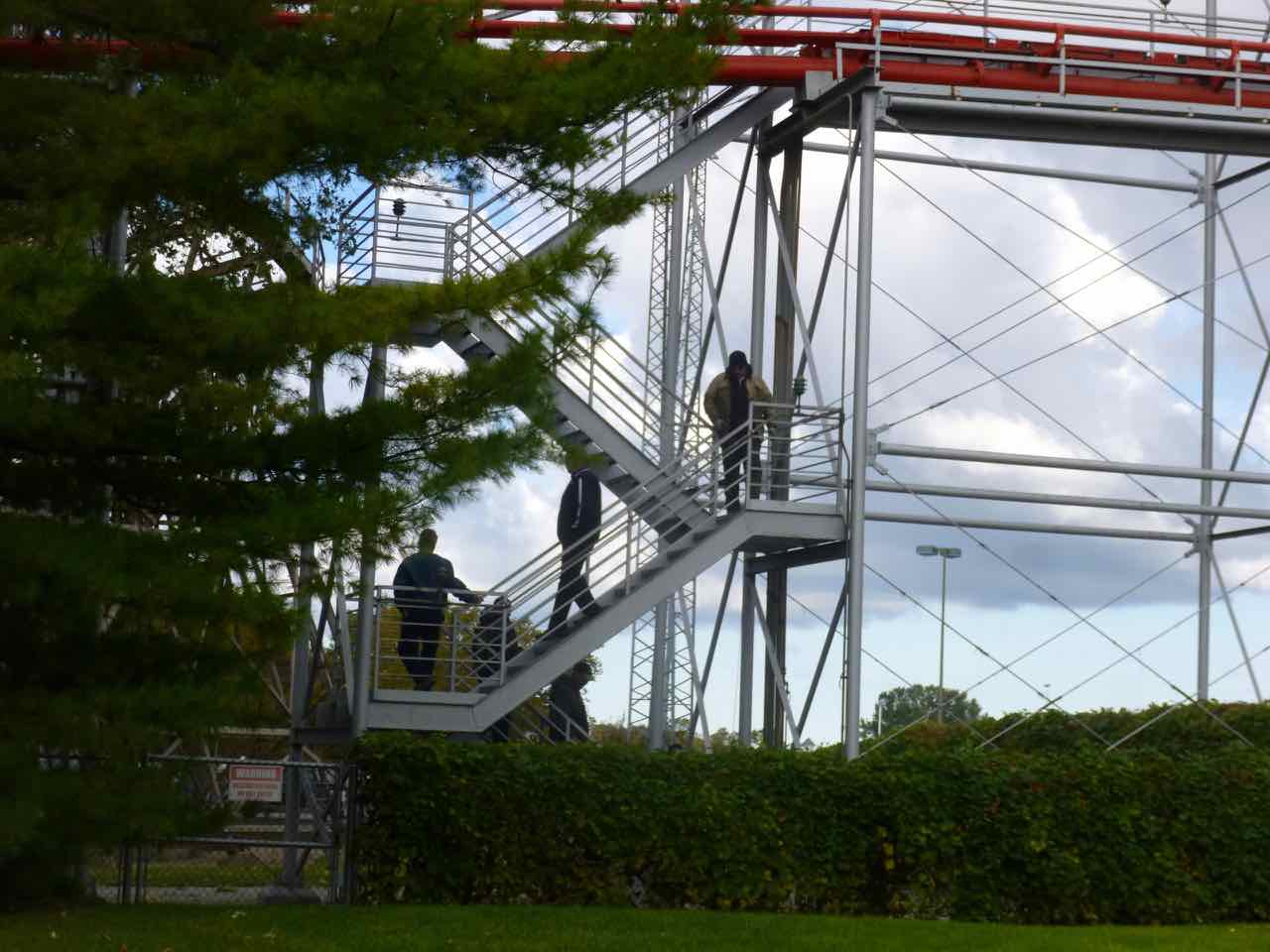 There's certainly nothing mysterious or ominous, as we enter the park, in seeing the train on Magnum XL 200 stopped, and a train full of blue-suited engineer-type guys walking down from it, is there? Apparently not; the ride seemed to be fine the rest of the day. 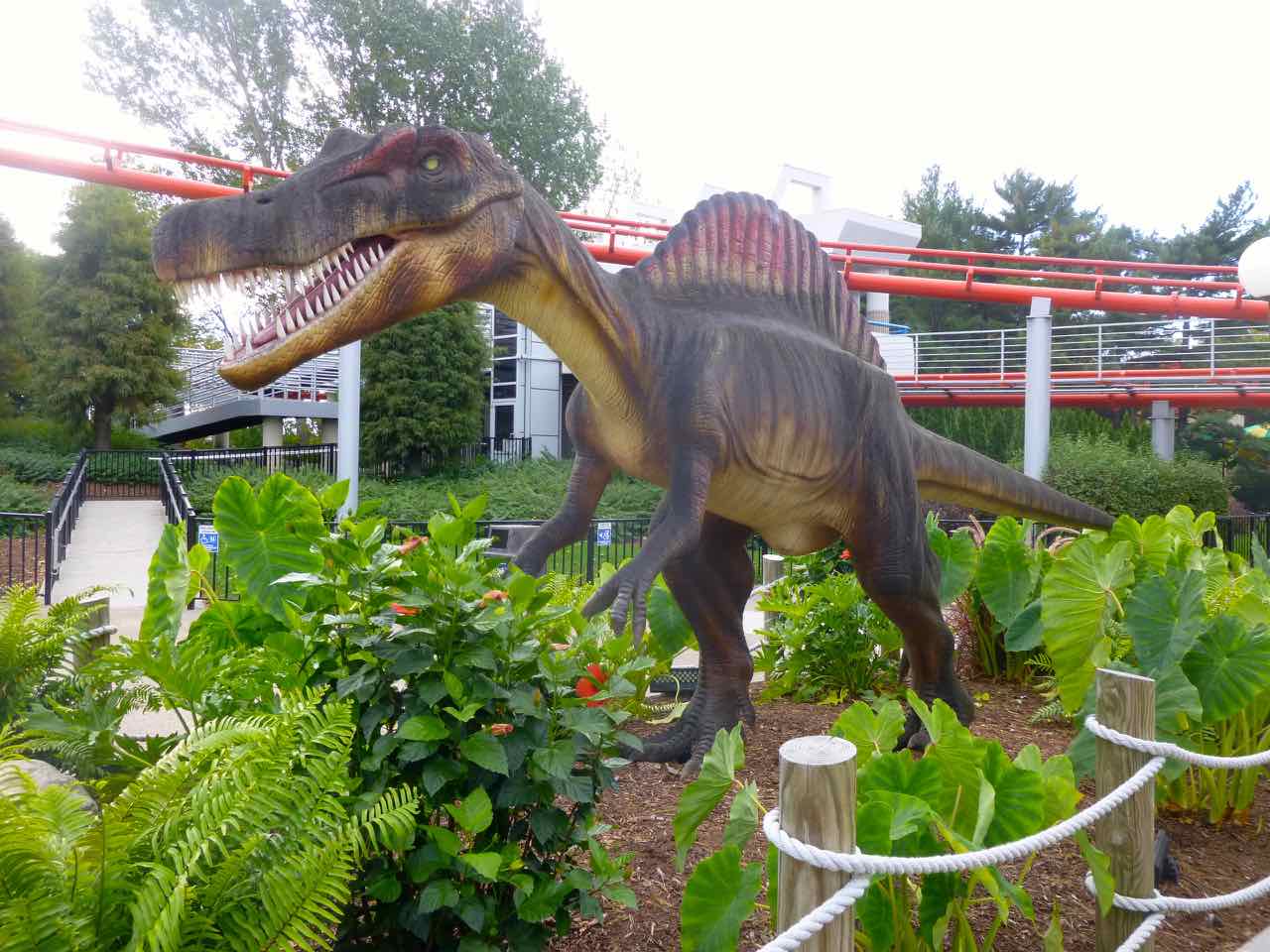 Oh yeah, these guys. Cedar Point put a bunch of dinosaur figures, some animatronic, some fixed displays, in their parks a couple years ago. The walkthrough dinosaur trail hasn't been the upcharge delight they hoped it would be. But it is neat that on Millennium Force you can look down and see dinosaurs. It's cool setting. Anyway, this is from the Hotel Entrance, with the Magnum XL 200 return leg in the background. 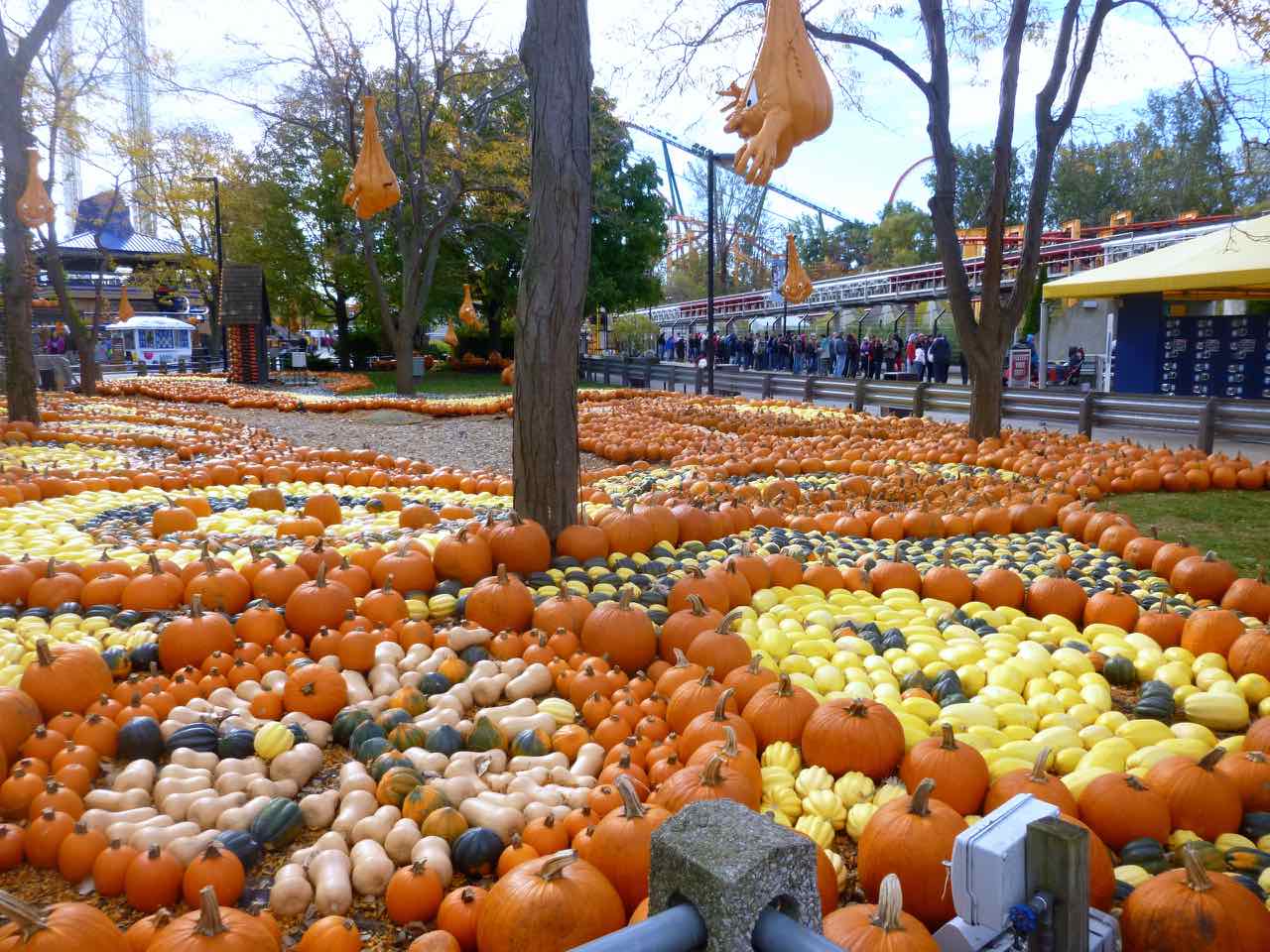 Pumpkins and gourds and lots of them. In the background to the left is Corkscrew, and to the right Top Thrill Dragster, busily thinking about whether it was going to run that day. I think it ran occasionally, but not much. It doesn't like breezy weather like late October brings. 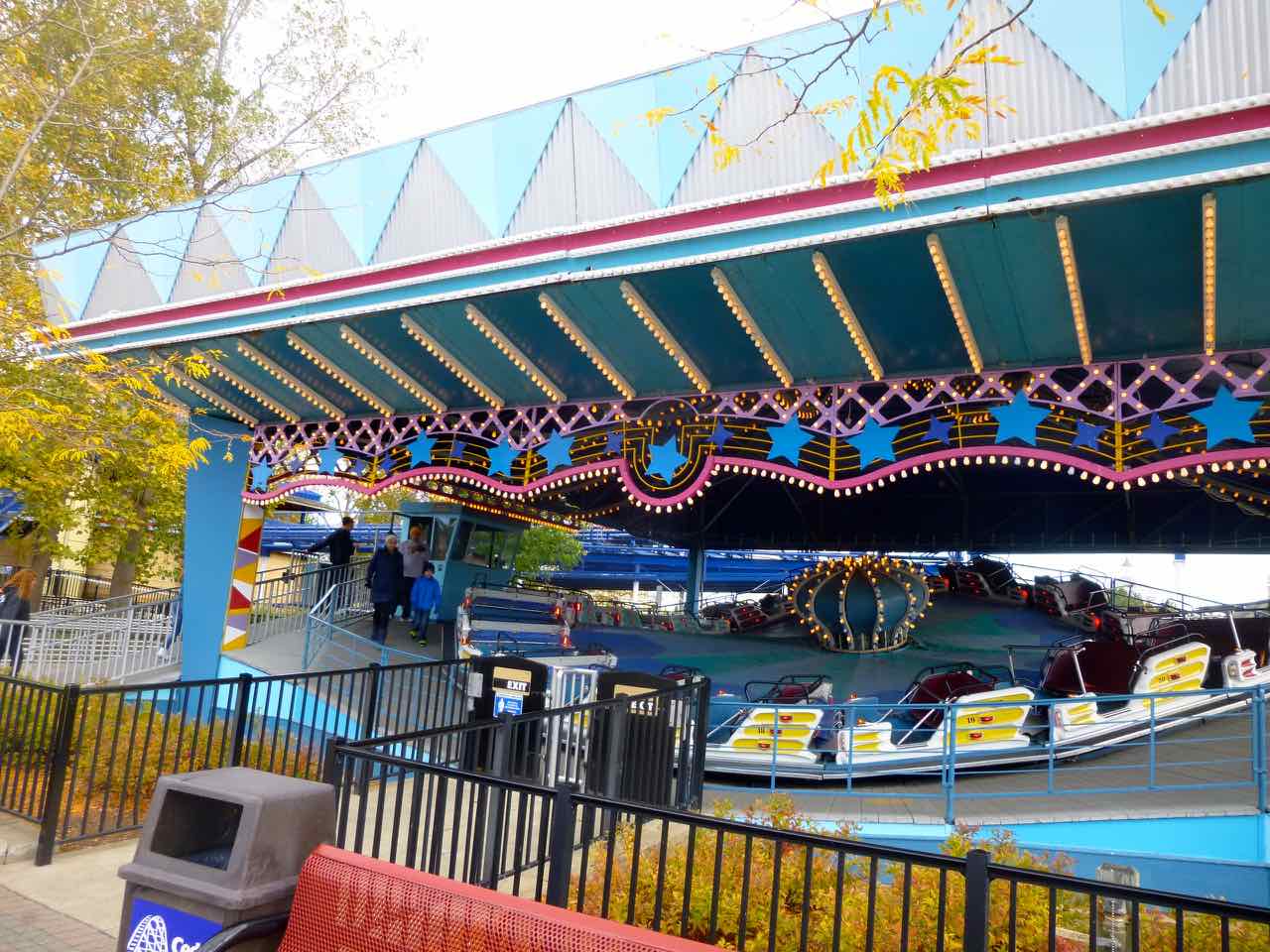 Last Chance to See? We don't have particular reason to think the Super Himalaya here isn't long for the world. It's a Musik Express ride, passengers going up and down in circles on a ride that's thrilling without being scaring. But it has struck us that it would make sense if it were moved from here, near Corkscrew, over to the Oceana Midway beside Tiki Twirl and the Dogdem Cars. There it'd be part of a little pack of rides traditionally accompanied by loud pop music. 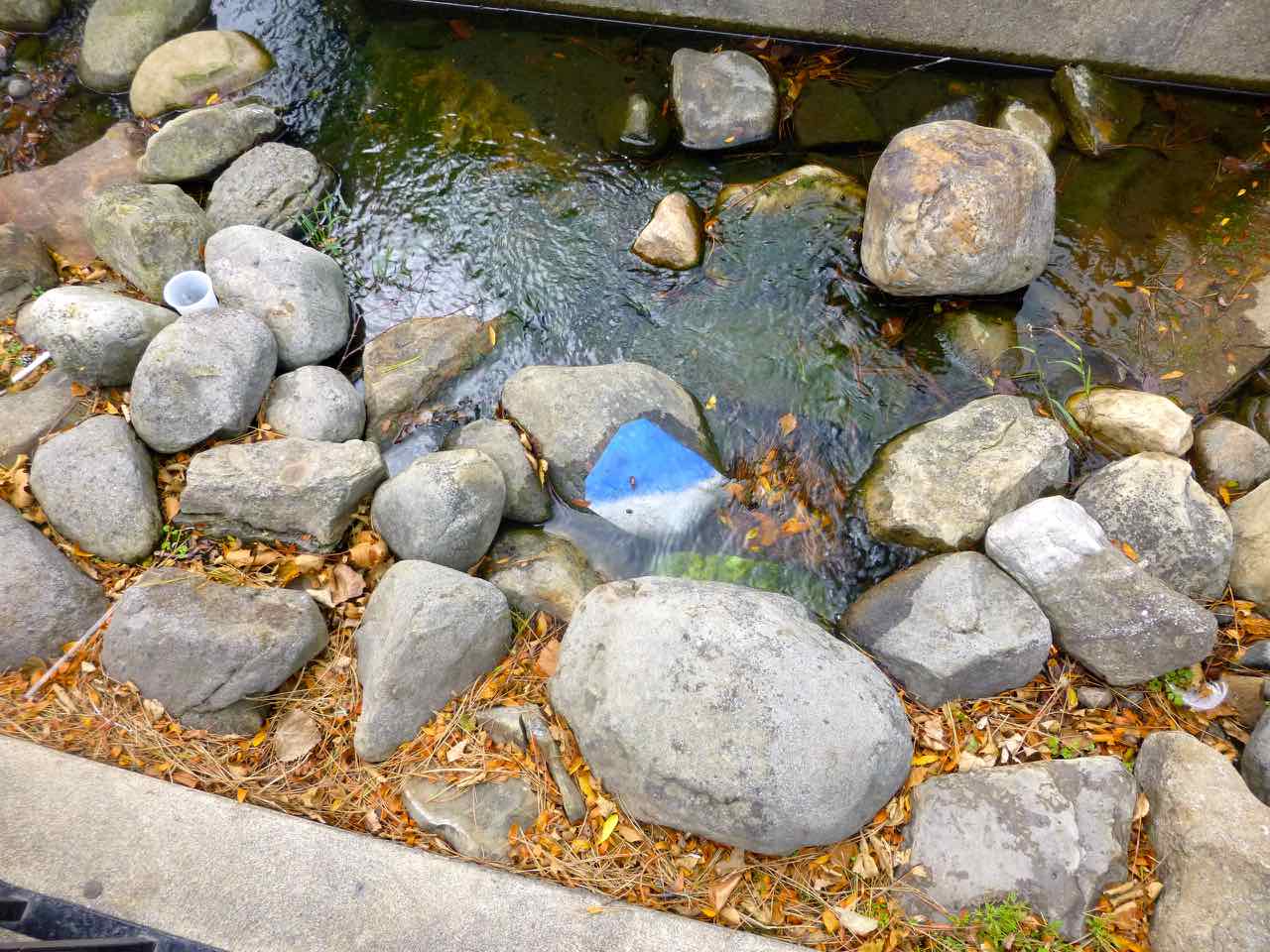 We really never noticed before but there's this tiny creek that runs alongside the Corkscrew roller coaster, on the edge of the park, and it drops underneath the sidewalk before flowing into the lagoon by Iron Dragon. Here's a spot beside the sidewalk where you can see the waters emerge. Also there's a sheet of paper that either has had all the blue leeched out of its lower side or that has had a lot of ink work its way by capillary action to the top half.

Currently Reading: The Fundamental Physical Constants and the Frontier of Measurement, P W Petley. Mid-80s book about how we measure the fundamental things and the problems thereof. Some of the experiments I even kind of understand while I'm staring at the paragraphs!