I've taped them off the telly so you shouldn't complain

So what's gone on my humor blog the past week? A lot of old-time radio series Vic and Sade, so there's about forty minutes of amusingly chatty old-time radio to hear over there. All told there were: 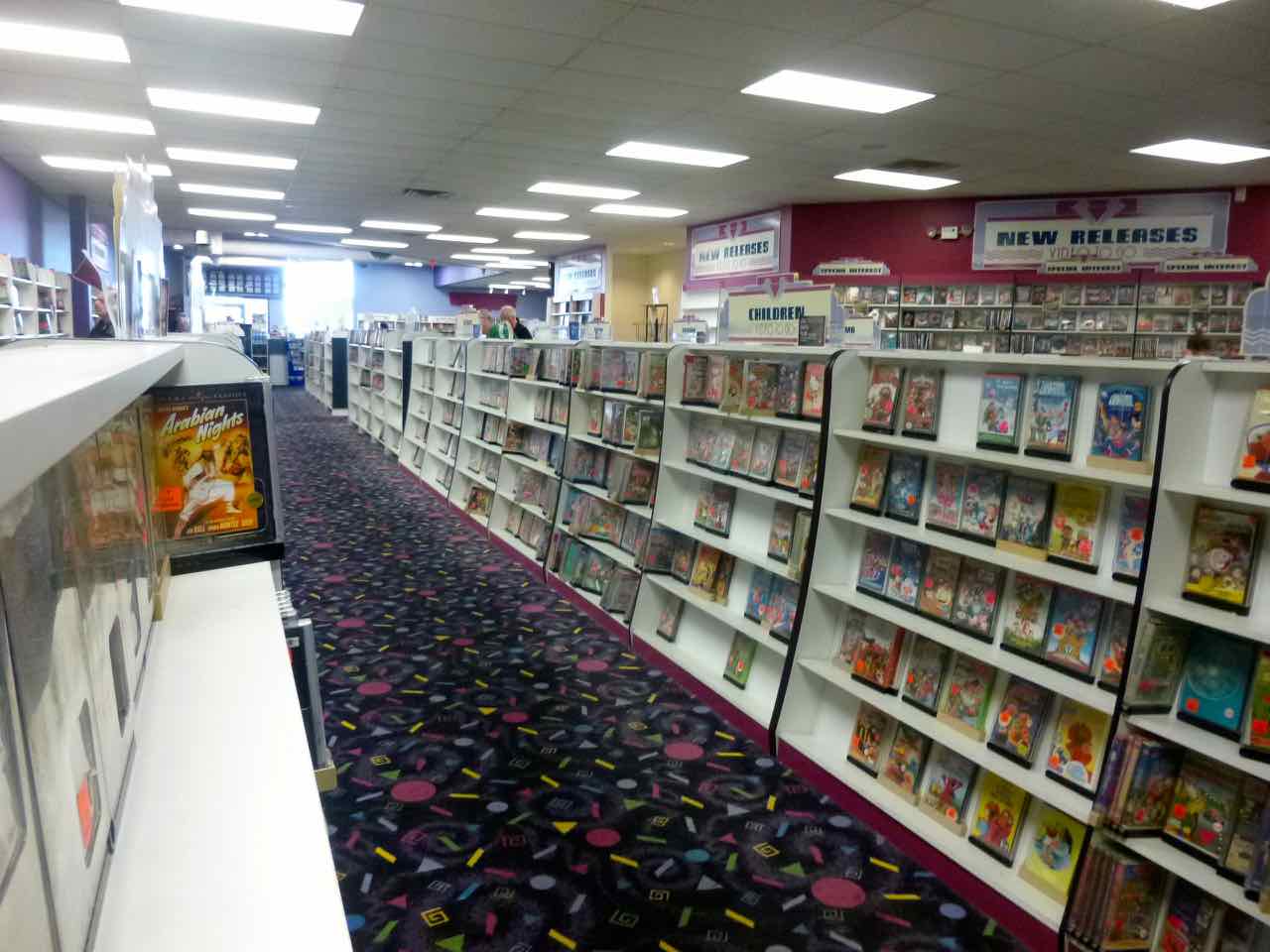 From this angle you'd barely know Video To Go had finished its rental business and was just selling off everything left in stock. 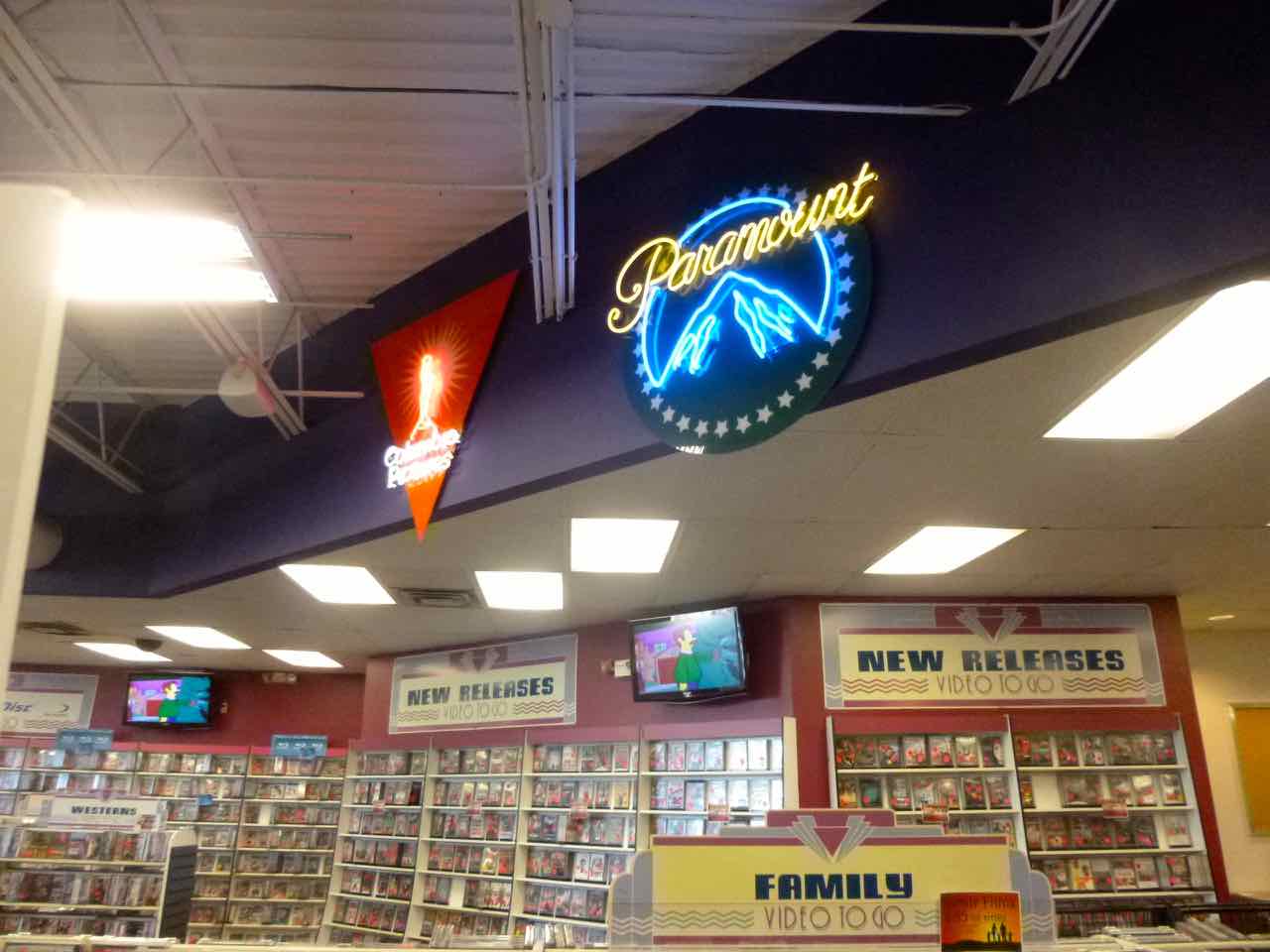 Remember Columbia Pictures? Part of the decor was this sort of promotional sign for the studios, back when we noticed there were still studios. Playing on the TV was The Simpsons ``Cape Feare'' episode. (In comparison, the first time I ever stepped into Video To Go, they were playing Encino Man.) 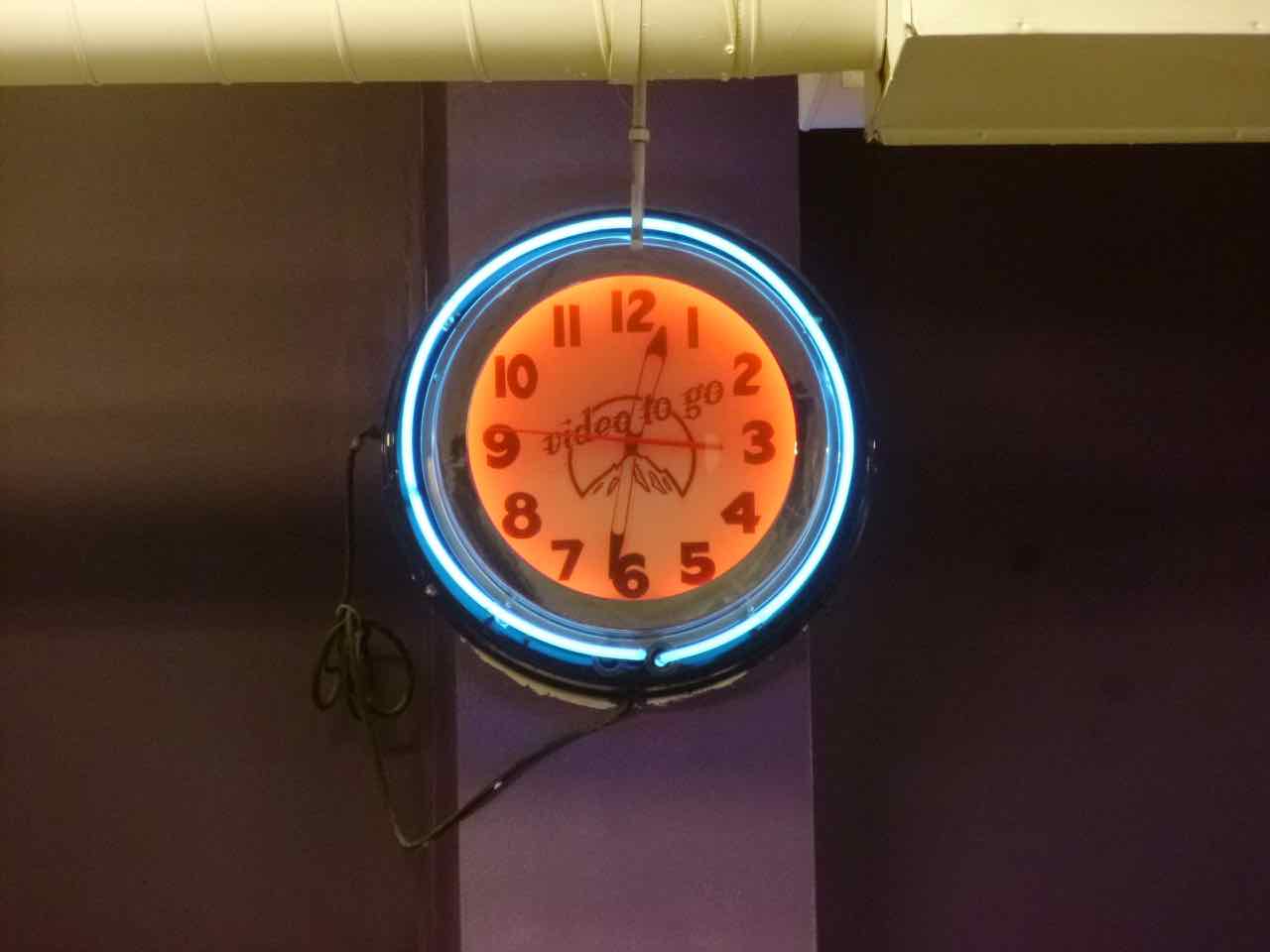 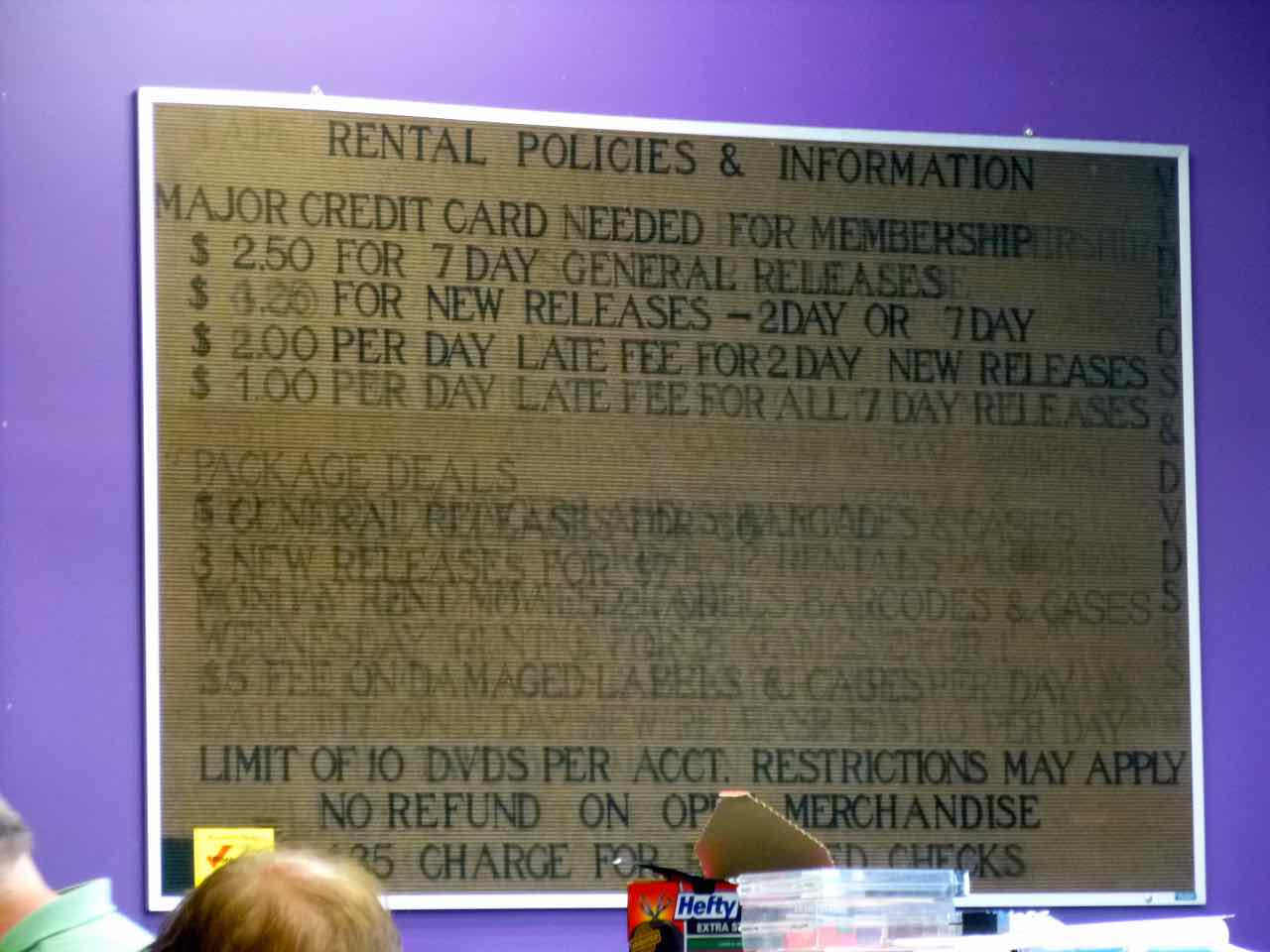 Ghost Board with Video To Go's no-longer-relevant rental policies. By the time I took this photograph their board with their last batch of new releases was not just a ghost but also removed. 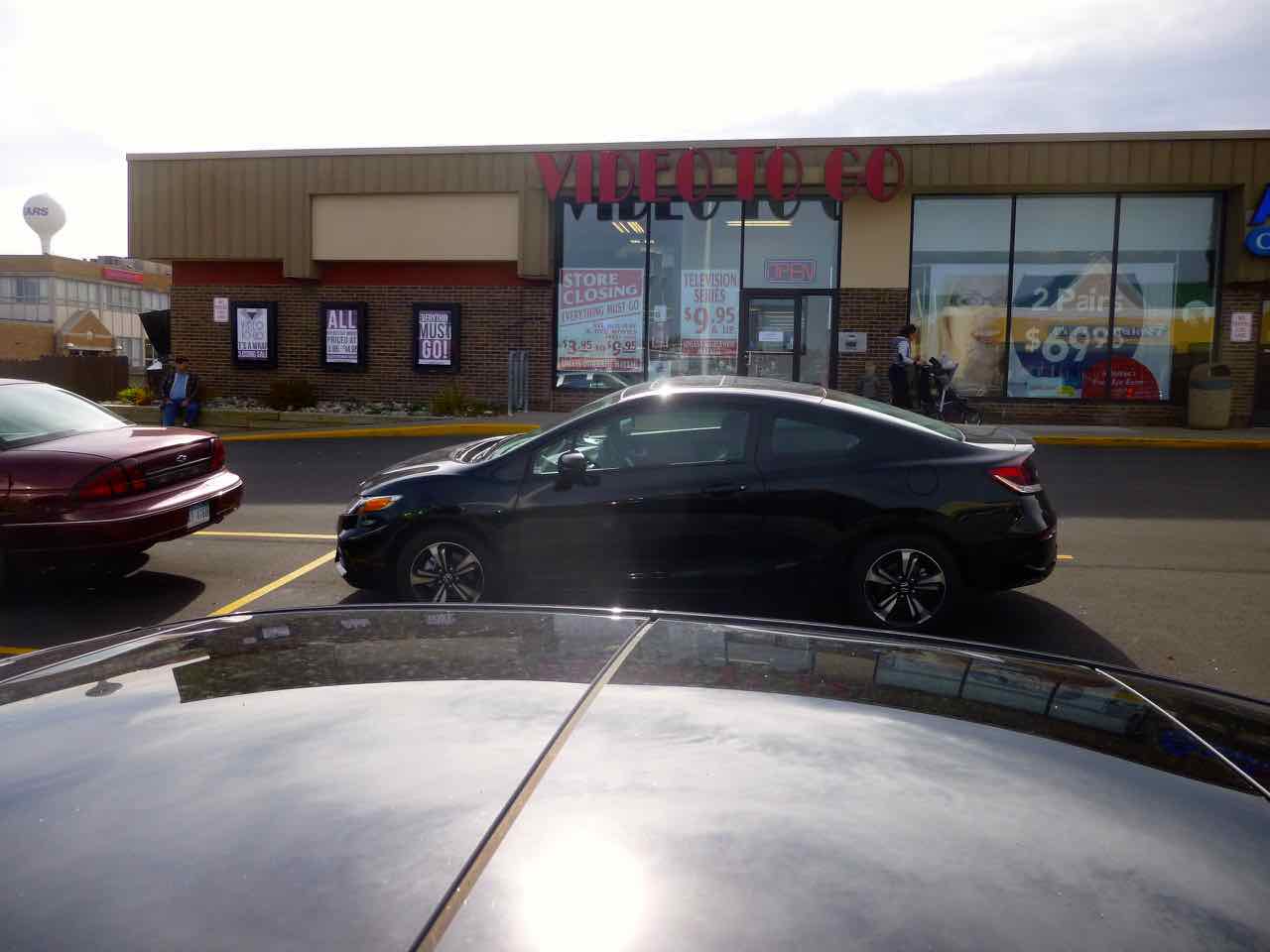 Video To Go's storefront, with their new logo which maybe they got after Paramount stopped letting them get away with the old.

bunny_hugger tells me they used to ocupy both that front and the eyeglass place to the right. The local alt-weekly mentioned that before that, they occupied a stand-alone building in the Frandor Mall area that's now Trapper's, a sports bar/comedy club. 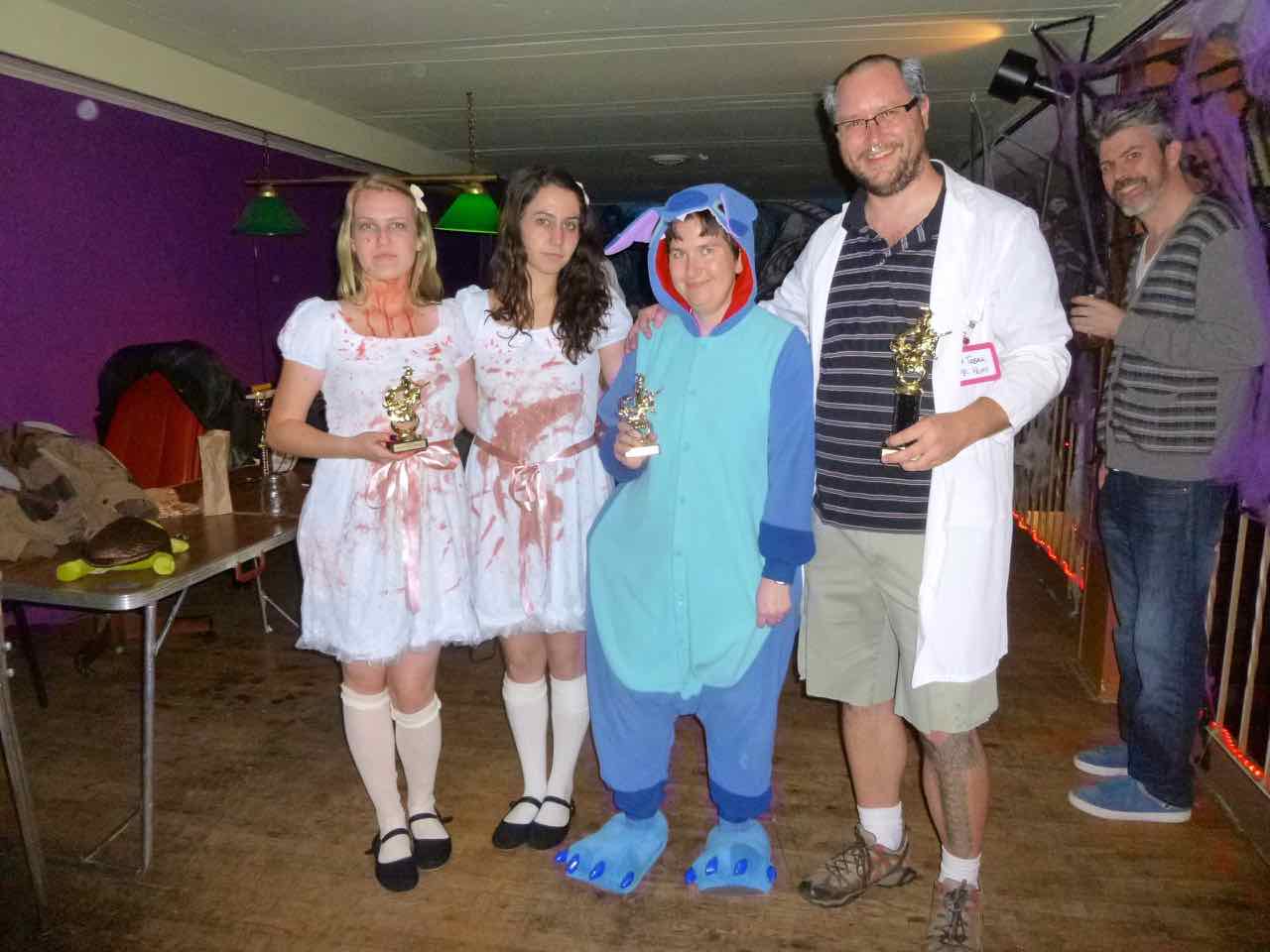 And a bonus picture: the winners of the Lansing Pinball League's Halloween costume contest.

bunny_hugger's in the center. I'd include more pictures but, well, you don't know who any of the people here are besides Stitch. The women on the left are, of course, The Shining twins, the #2 prizewinners. In the lab coat on the right league organizer and leader WVL is dressed as league superstar CST. He won #1. Way off on the right is HMZ, giving the same ``I look perfectly normal just like all you other hew-mons'' expression that I do when I notice the camera's on me.

Trivia: 556,000 cubic yards of Manhattan schist needed removal, over the course of seven years, for Rockefeller Center. Much was used to fill the South Reservoir in Central Park, forming the foundation for what is now the Great Lawn. Source: Great Fortune: The Epic of Rockefeller Center, Daniel Okrent.

Currently Reading: Gorgon: The Monsters That Ruled The Planet Before Dinosaurs And How They Died In The Greatest Catastrophe In Earth's History, Peter D Ward.

PS: How Interesting Can A Basketball Tournament Be? in which I spend a lot of words to get around to saying '63'.