The deeds are in my pocket, I've got a contract in my hand, an opportunity for luxury living

It's been another busy week on my mathematics blog, which might be filling your Friends page here, or taking up space on your RSS reader. Or you might just be reading it directly. If you are, then you've seen, since last Sunday:

Now to continue the Video To Go-inspired tour of stuff that's not there anymore. Technically this stuff is still there, but that's just because they haven't got around to demolishing it, what with winter being a bad time to do serious work like that. 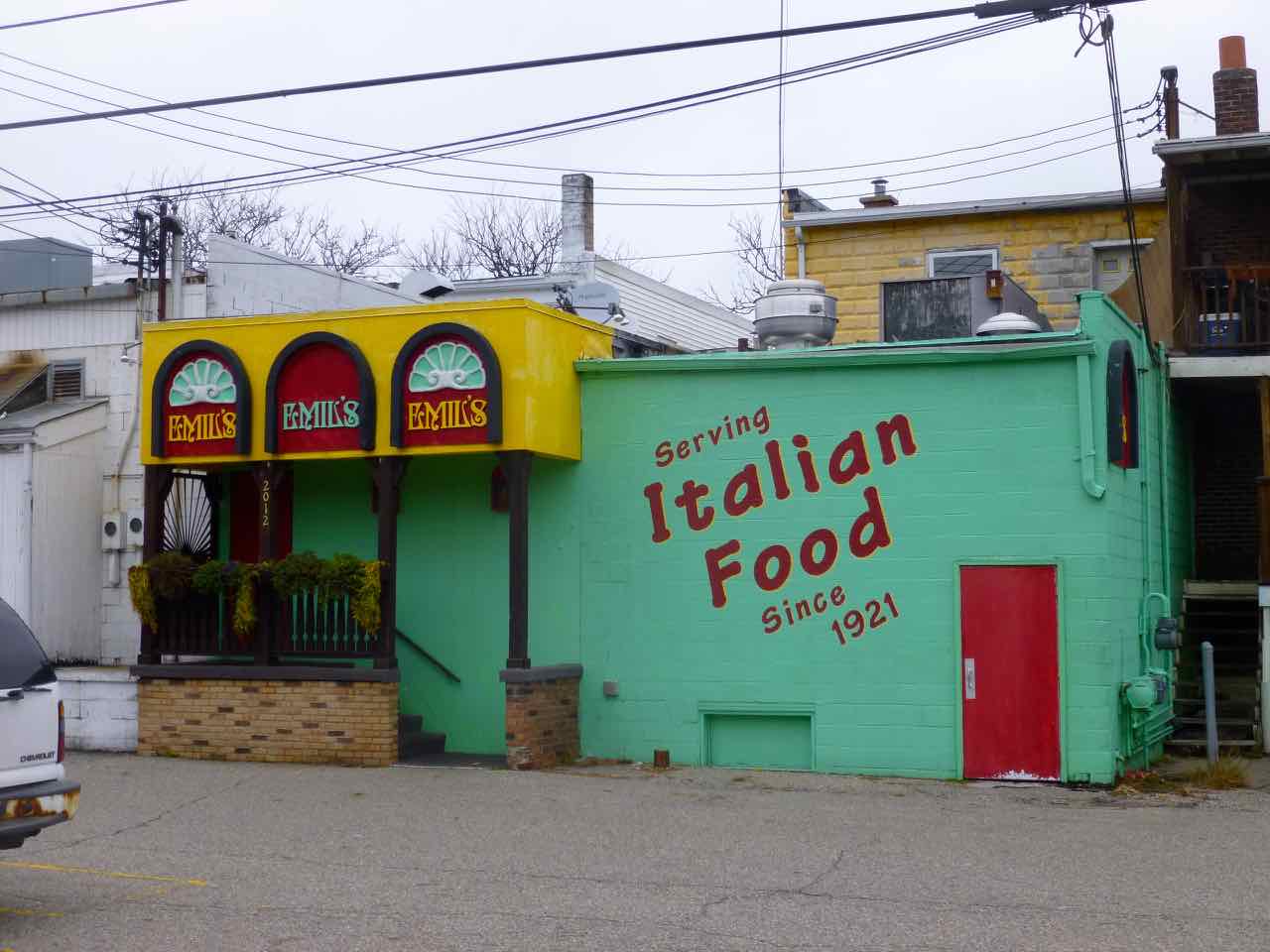 Back entrance (and parking lot) for Emil's, the oldest restaurant in Lansing and doomed by the developer choosing to knock down everything and put up a horrible four-storey mid-value commercial zone from SimCity 2000 instead. The restaurant dates back to a fruit stand, apparently, that's been in that spot since 1921 as promised. 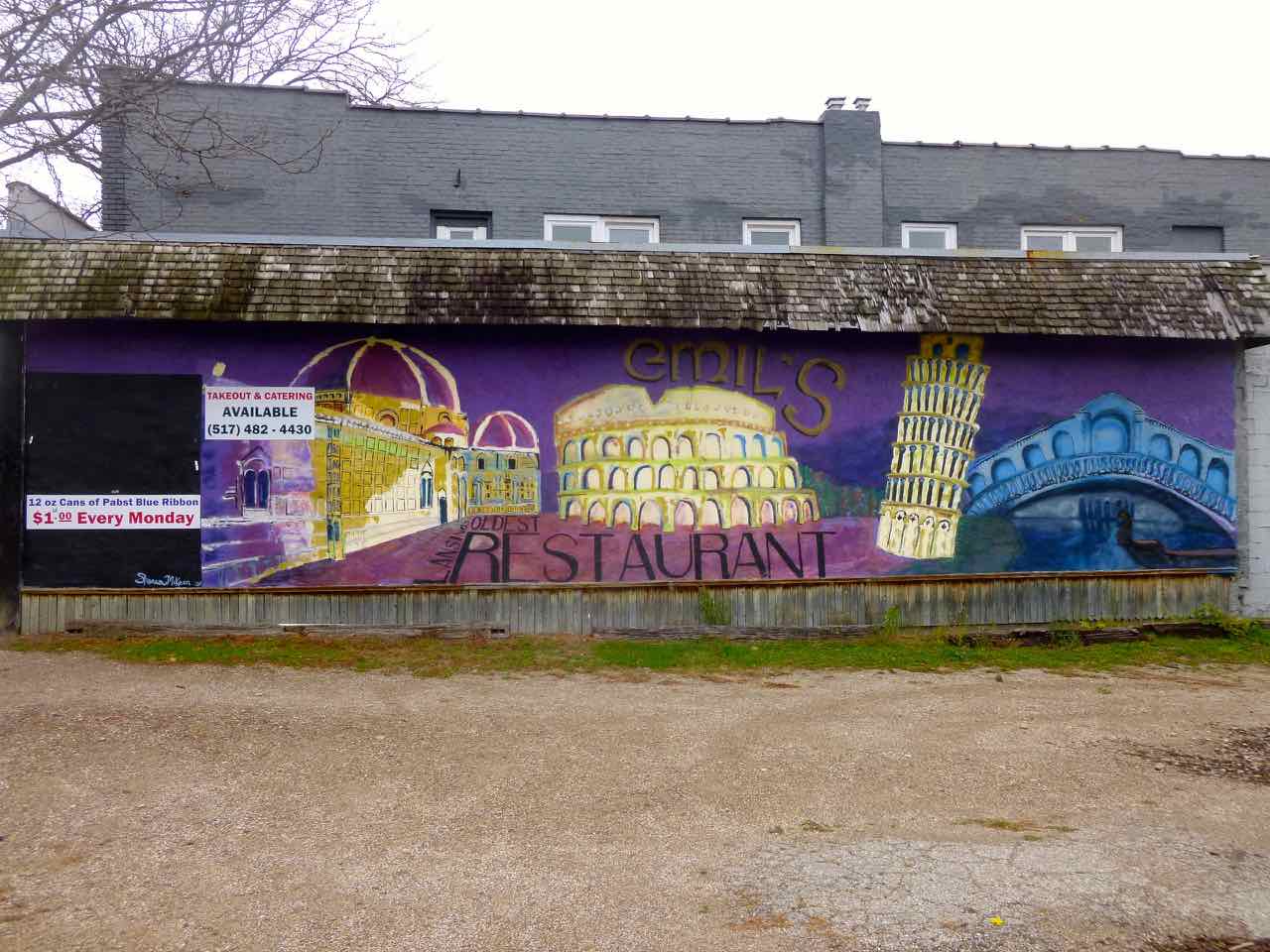 Mural promoting Emil's that is not, of course, on the side of the Emil's building. The block's a string of buildings close up against one another, so the exposed side is a couple structures down. This is actually the side of a barber shop that also got run out by the decision to demolish the block. There's a couple building side murals in the area, part of giving the neighborhood some character. 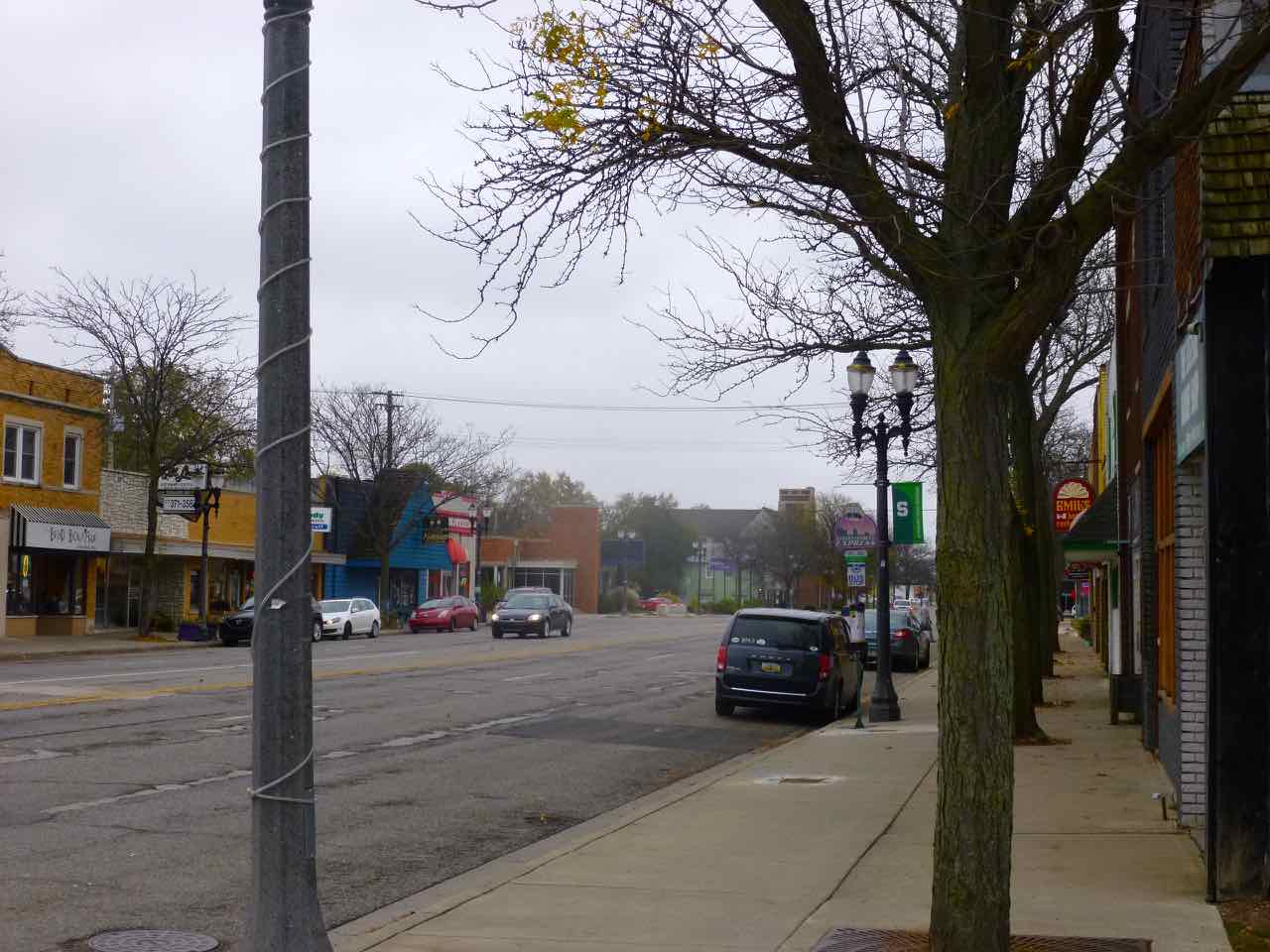 On the right, the long shot down the doomed block, and I just now thought to wonder if the trees on the sidewalk are doomed or not. Hm. Opposite the street are a bunch of buildings that'll be staying as they are, far as anyone can tell. The blue front with the pyramid opening is the hipster bar where our local pinball league meets. 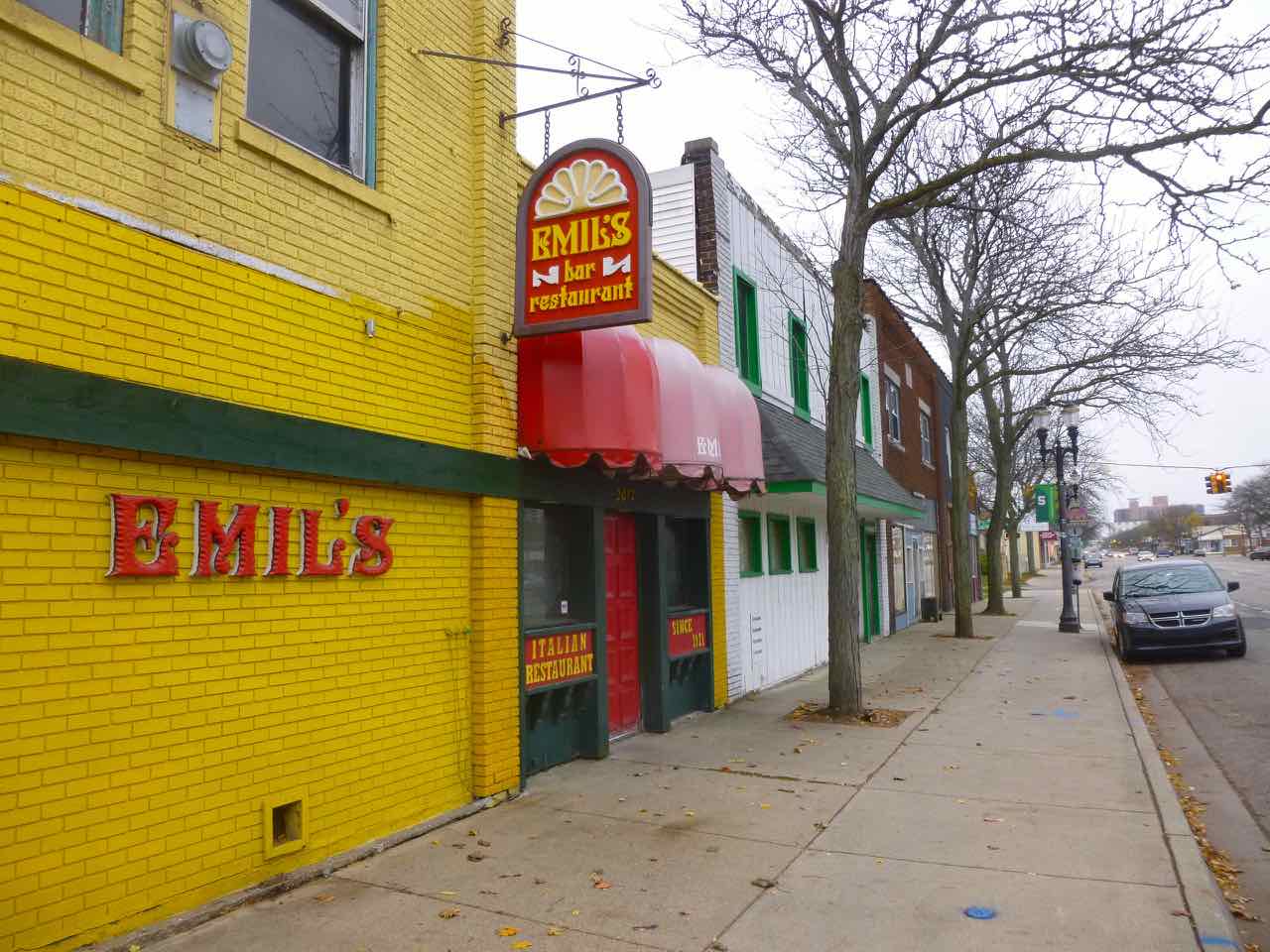 Emil's, on the day before it would close. I didn't go in. The white building with green trim past it was, most recently, a short-lived and it turns out unlicensed music venue that exploded in a fit of charges of broken yet mostly oral contracts. The red-bricked building past that used to be, if I have this right, a yarn store and before that a comic book shop that's kind of moved across the street and merged with the hippie bookstore. 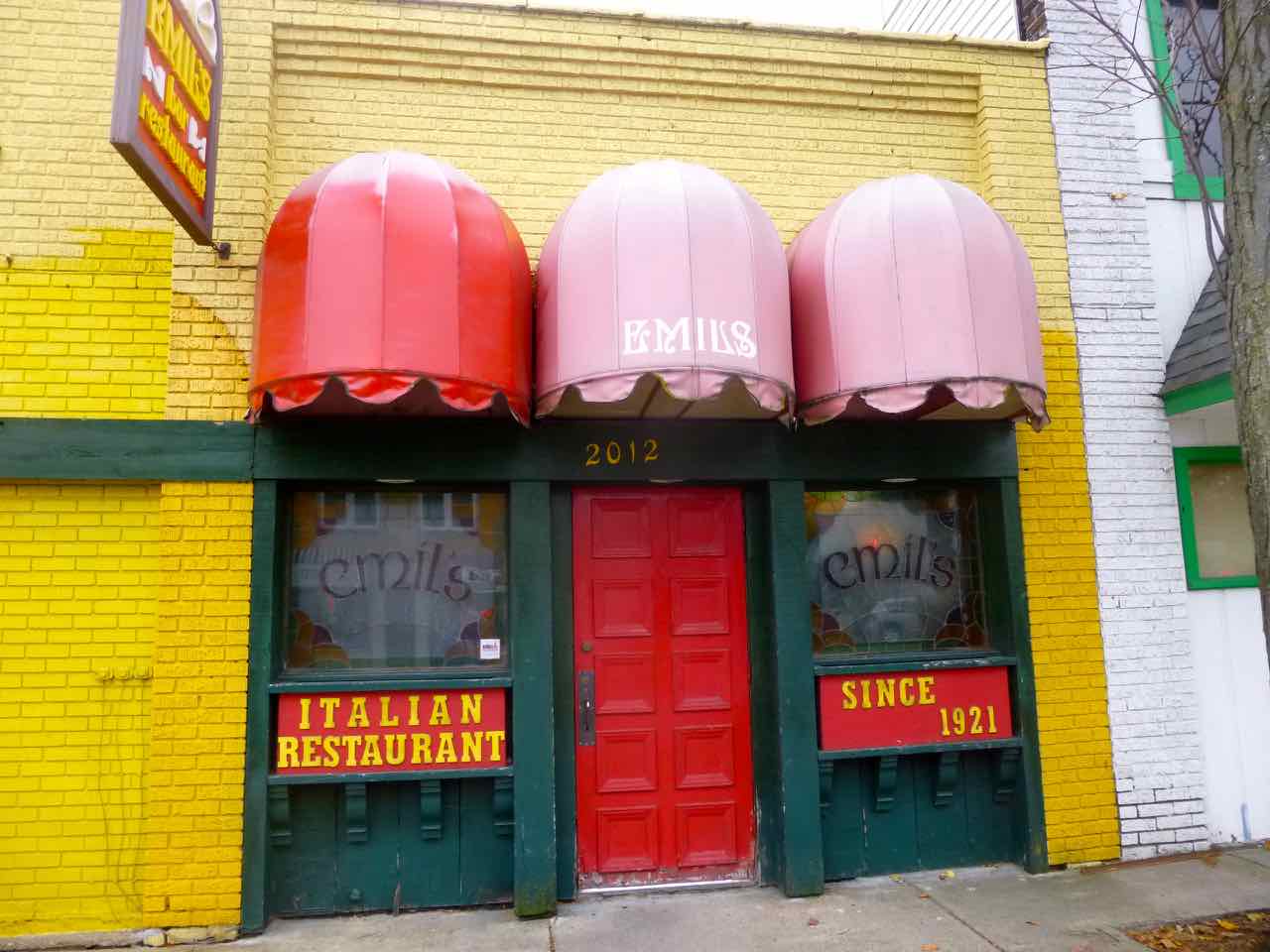 Emil's front door with some nice partly stained windows. At a neighborhood meeting intended to manufacture consent for the lousy new replacement, Emil's owner said it was time for the long-lived if, admittedly, declining restaurant to move up to the next step: making prepared meals for sale in the city farmer's market.

Trivia: The United Nations Relief and Rehabilitation Administration was, according to the formula agreed in Atlantic City in November 1943, to receive one percent of the gross national product of its contributing nations. The British made a first payment of £80 million in January 1944. The United States authorized $1.35 billion in March 1944, though the first installment ($800 million) was made only in June, and the remainder not yet issued by fall of 1945. Source: The Long Road Home: The Aftermath of the Second World War, Ben Shephard.

Currently Reading: Deep-Space Probes, Gregory Matloff. Yeah, no, you're not going to make deep-space probes out of genetically engineered chickens. Please fix this problem for the next edition.