My mathematics blog has had another busy week, as your Friends page or your RSS feed will show. If they didn't show, here's what you should have seen, as my Leap Day A To Z project continues at full pace:

Interested still in the Michigan State Pinball Championship? Here's a round of photographs so you can see what that was like. 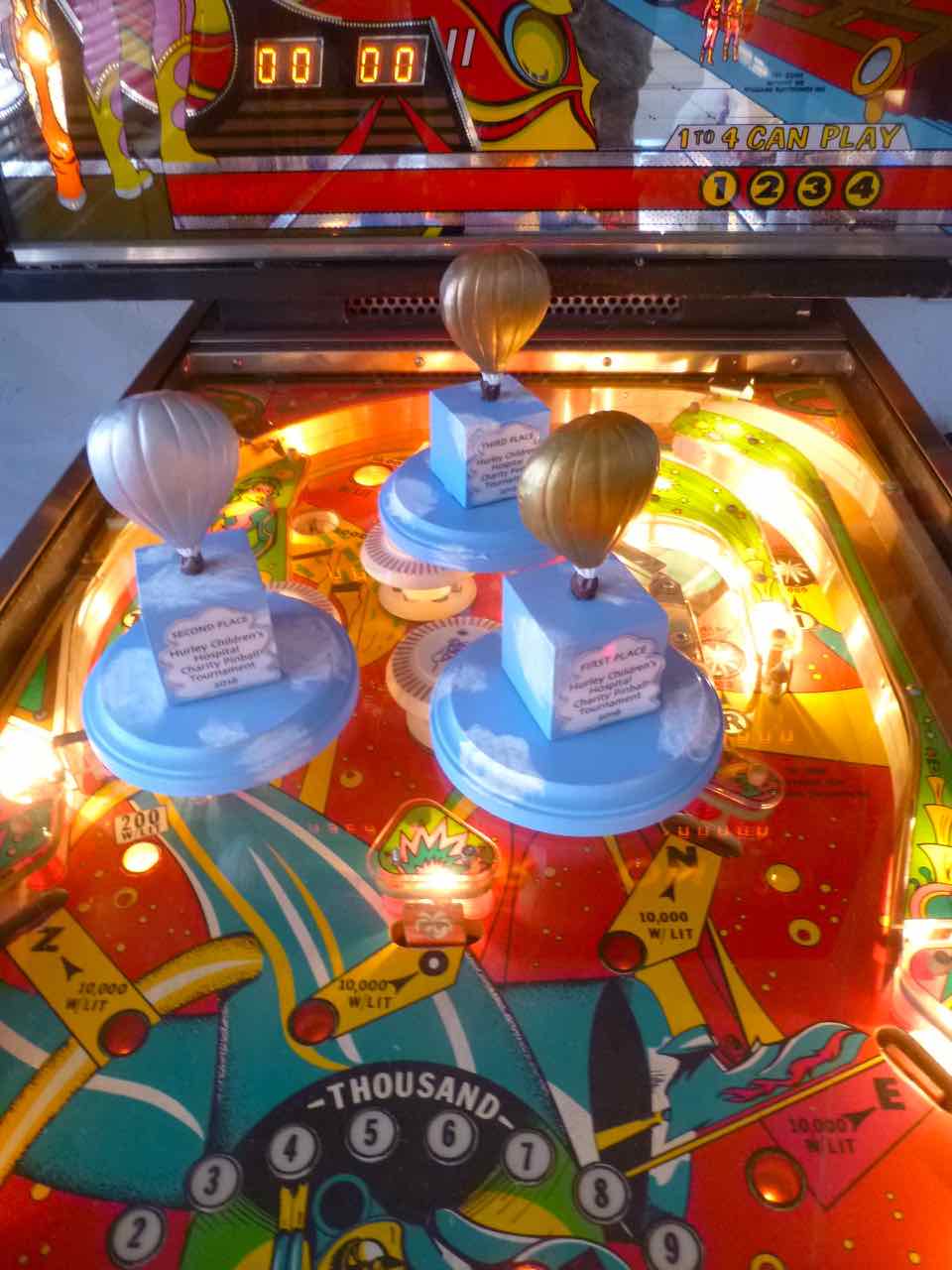 bunny_hugger made for the State Championship's Side Tournament, the Amazing Race. They're set on the glass cover of our home Tri-Zone table for this picture. 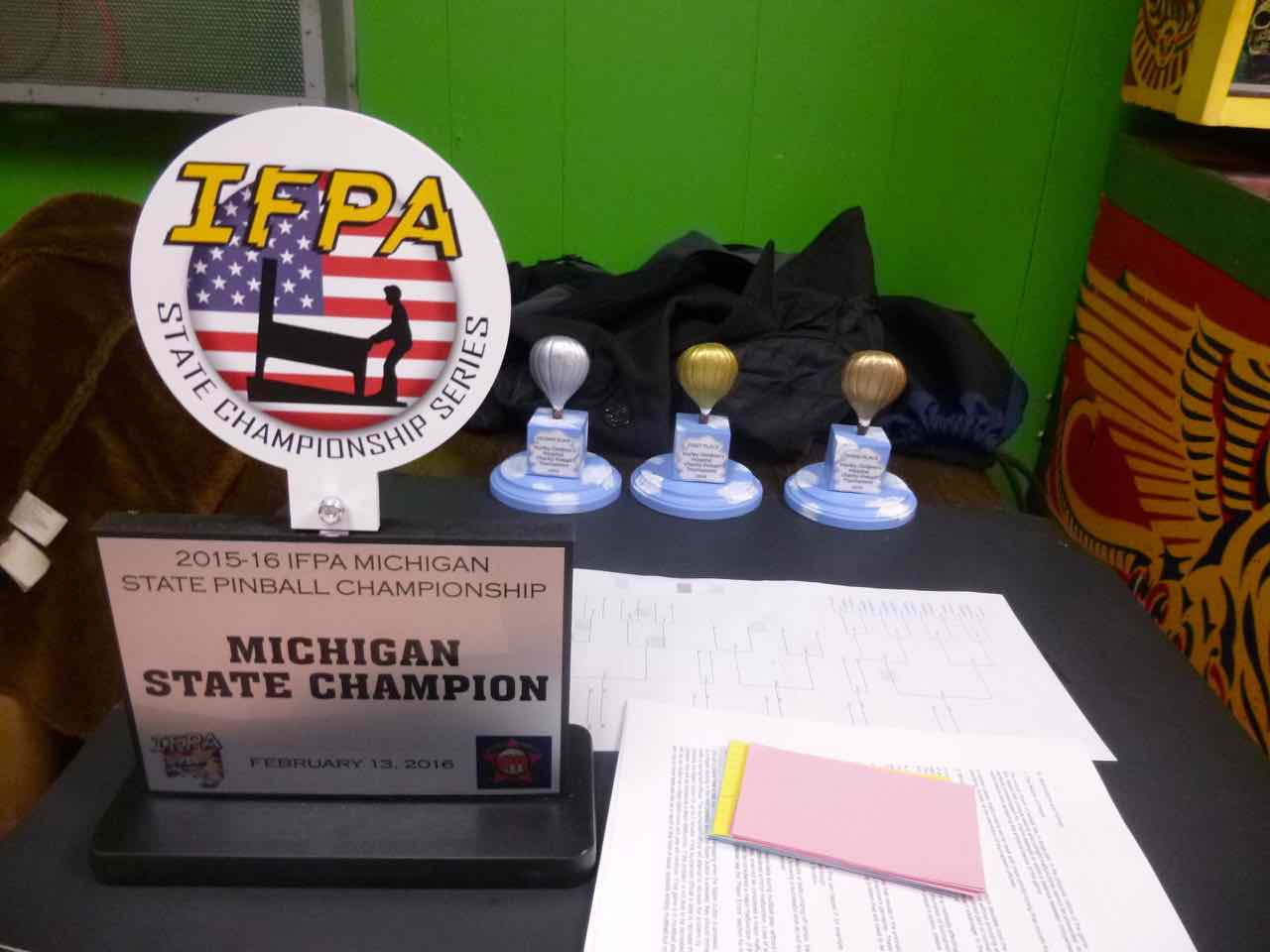 And the side Amazing Race tournament trophies set far behind the Official State Championship Trophy, for the first-place finisher, at the tournament site. Also visible: printouts of the brackets, note cards, and official rules which would try to set order on this chaos. 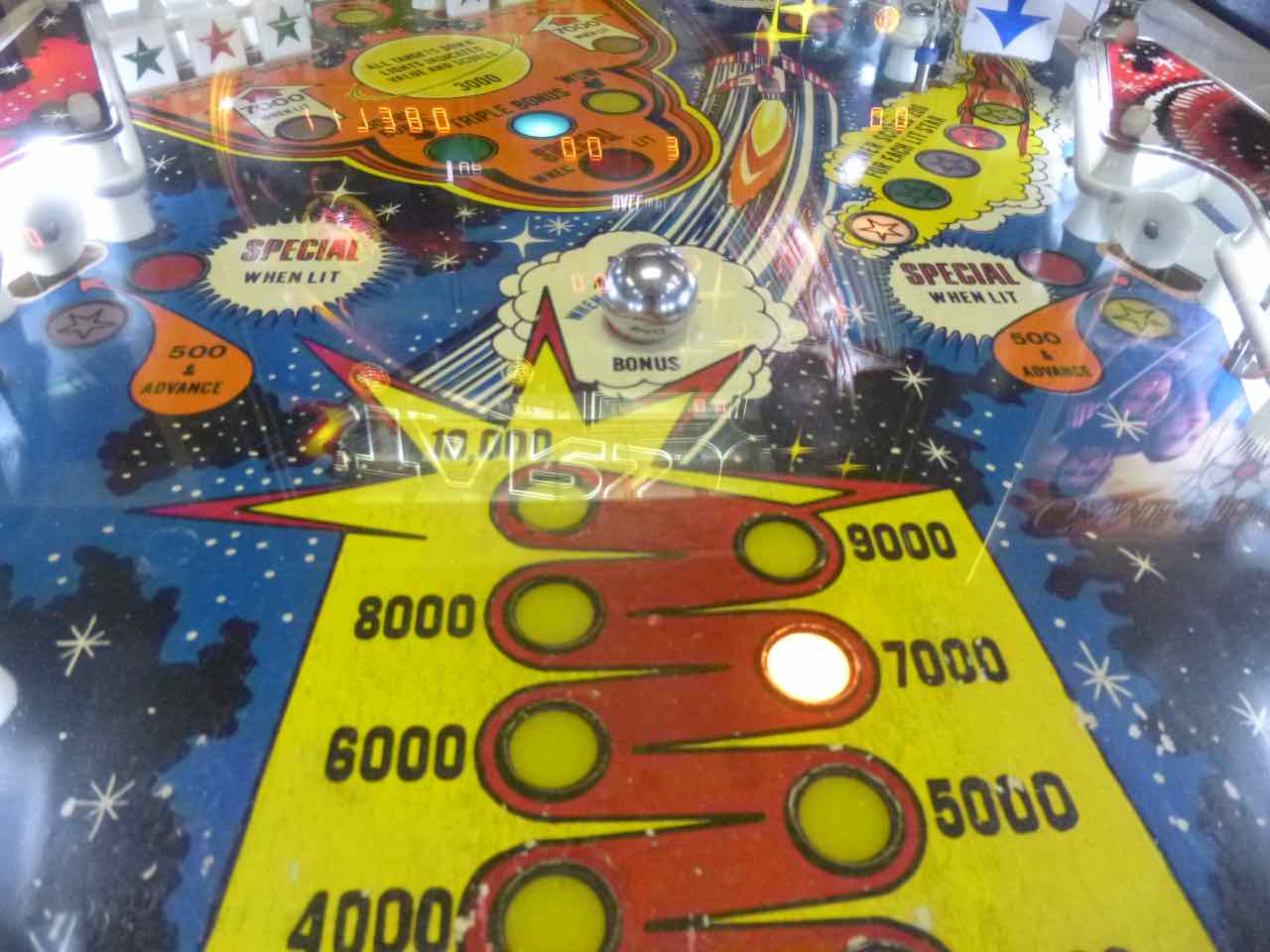 If you aren't getting the ball stuck in a freak location, you aren't playing! Pinball caught on the bonus light bulb on the Stars table. A little judicious rocking would set it free, I think. 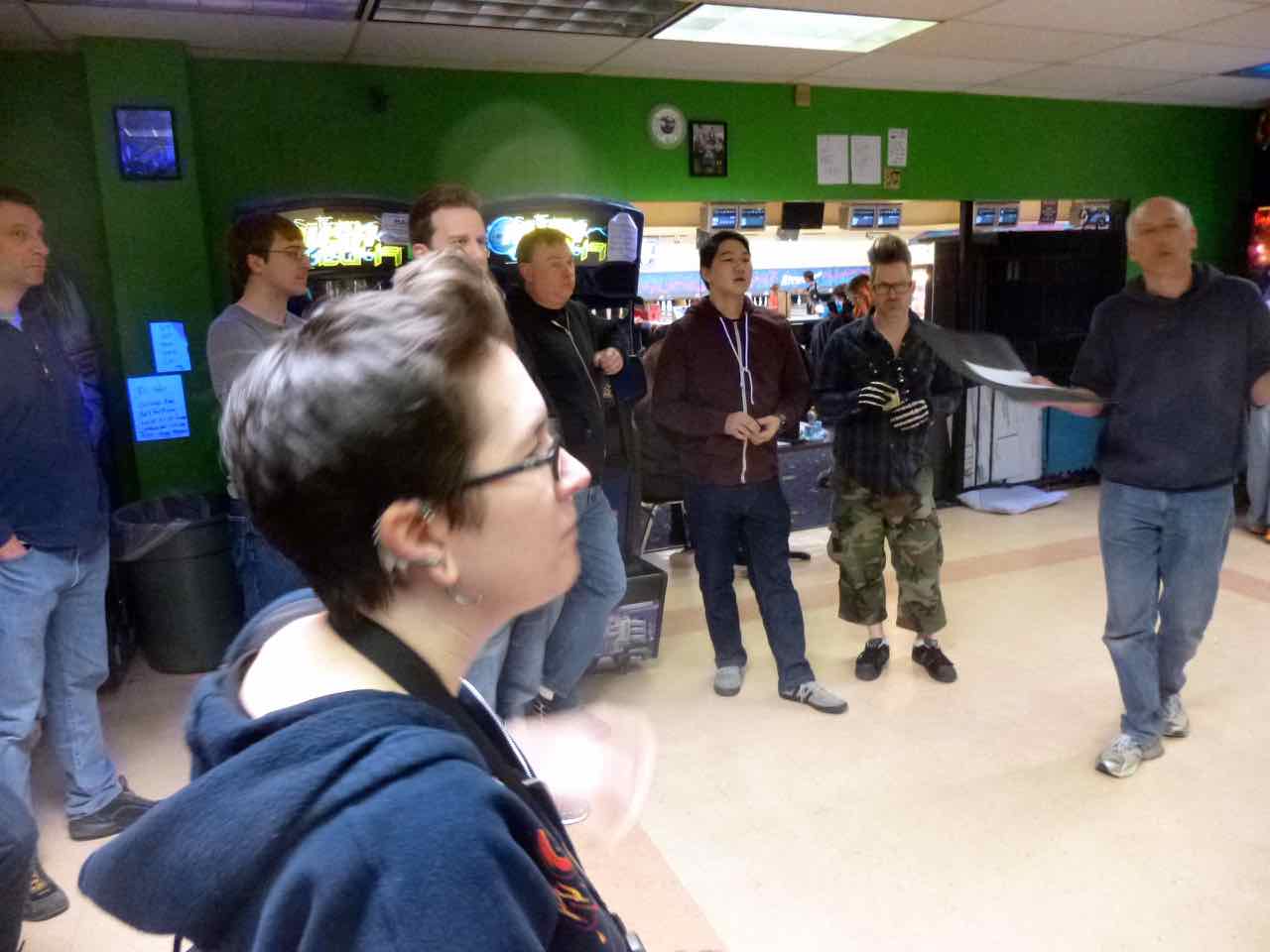 And who will you see at basically every pinball event ever? These people, or an equivalent set. Not pictured: me, but I'm not that different from any of them. Yes, the guy in camouflage pants is wearing skeleton gloves. He's just like that. He's a friendly guy; the skeleton gloves just make him look odder than you figure. 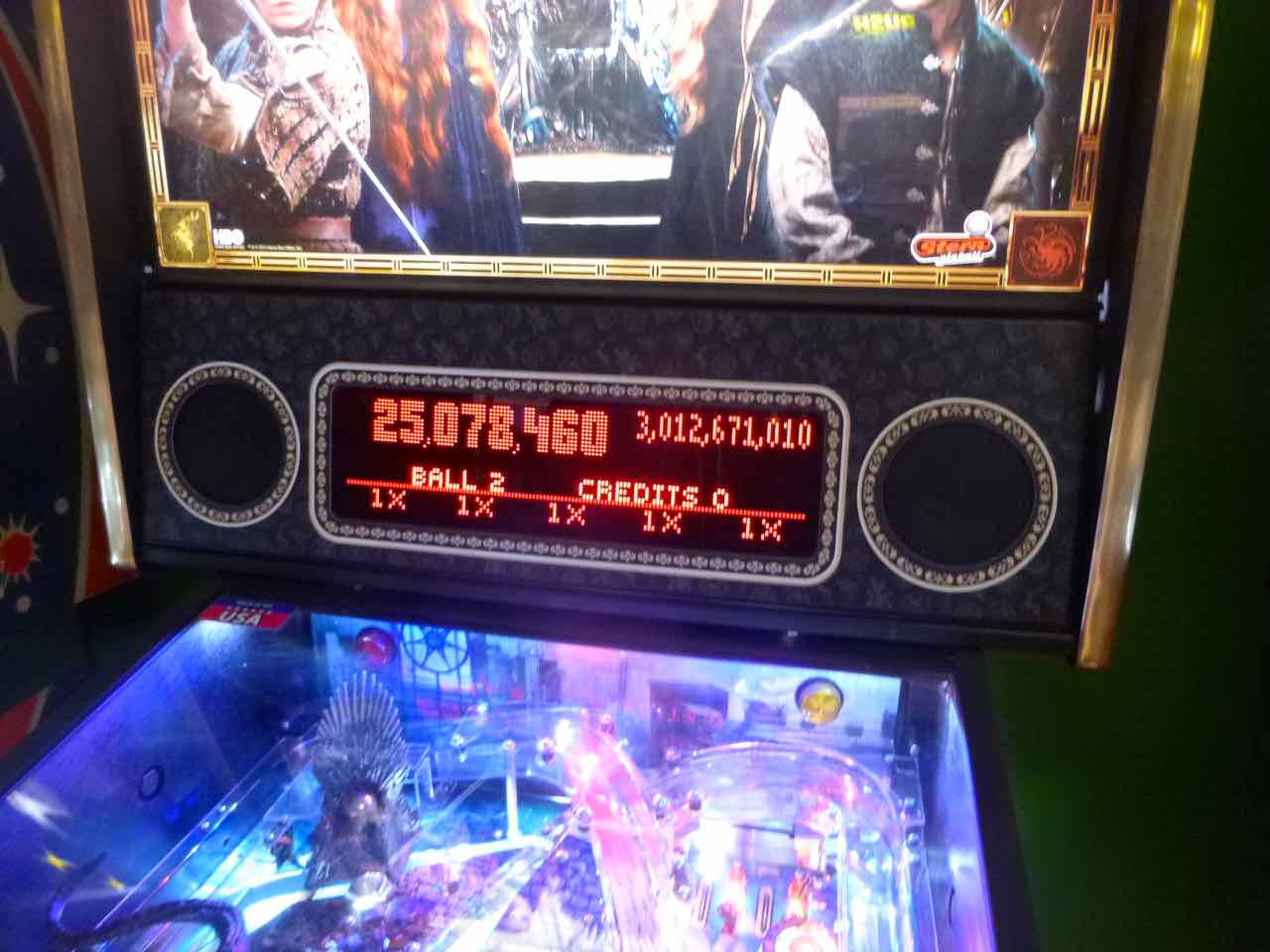 The start of ball two. Can you guess which person had worked out how to play the Game Of Thrones pinball? 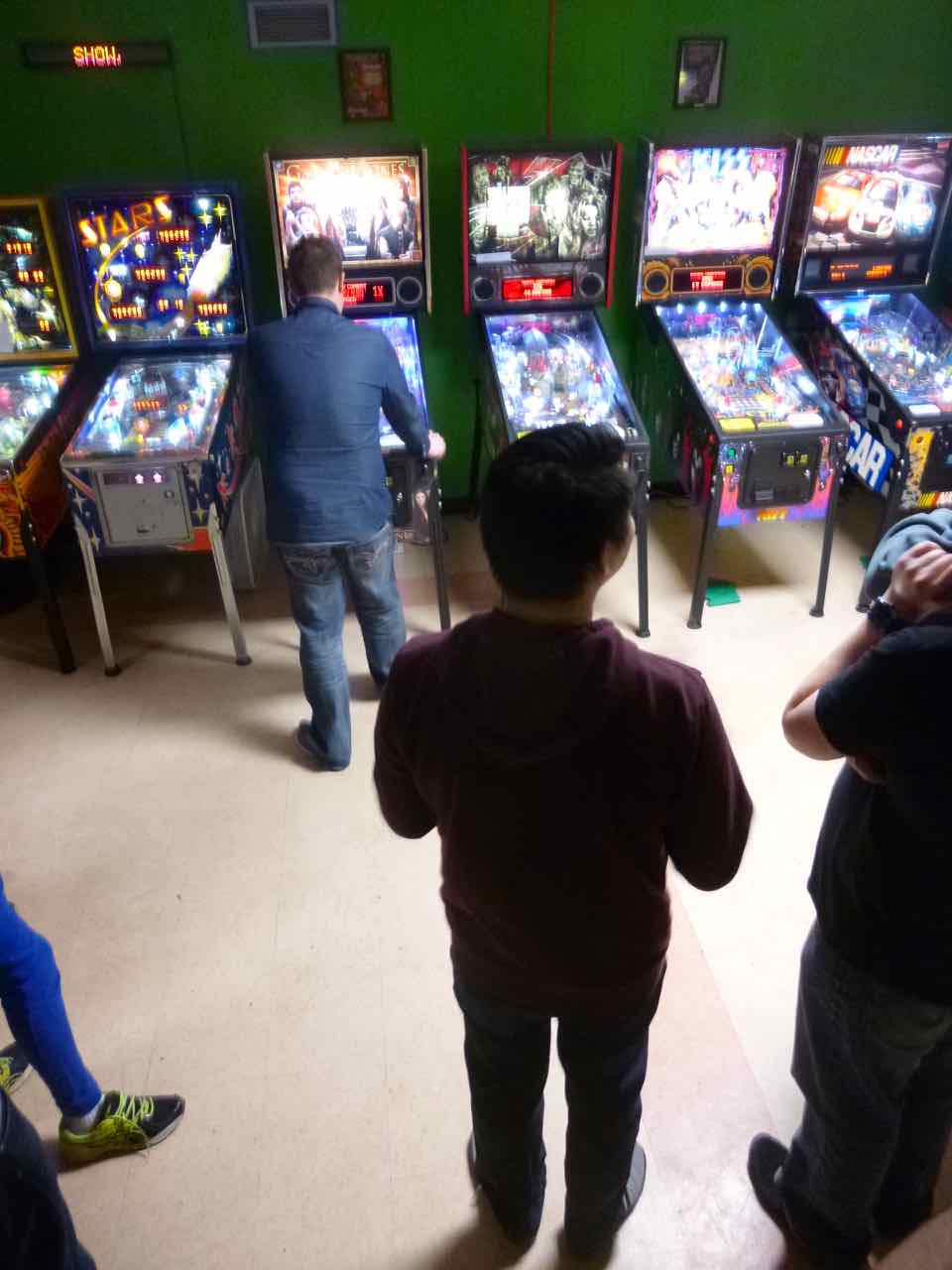 Deep into the final rounds of the Main Tournament. Nearly everyone was just standing around watching while hoping not to be distractingly in the line of sight. The little green rubber matts off by the legs of other tables were a temporary thing, set to keep the tables from being so easy to slide. They've already been removed, here, from the tables out of competition, though not yet all gathered up and put away. Nudging is fine in tournament pinball. Pushing the machine three feet over, even if you don't tilt, is at least gauche.

Trivia: The earliest known endowment to the London Bridge was made in 1303, with funds to pay for two priests and four clerks for the bridge's Chapel of St Thomas à Becket. Source: Old London Bridge: The Story of the Longest Inhabited Bridge in Europe, Patricia Pierce.