Insects make me scream and shout

It's Mathematics Blog Awareness Day! I have a mathematics blog. Also, it has an RSS feed. Thanks for lending me your awareness for some raising.

And back to Motor City Furry Con 2016's Friday, for some pictures. 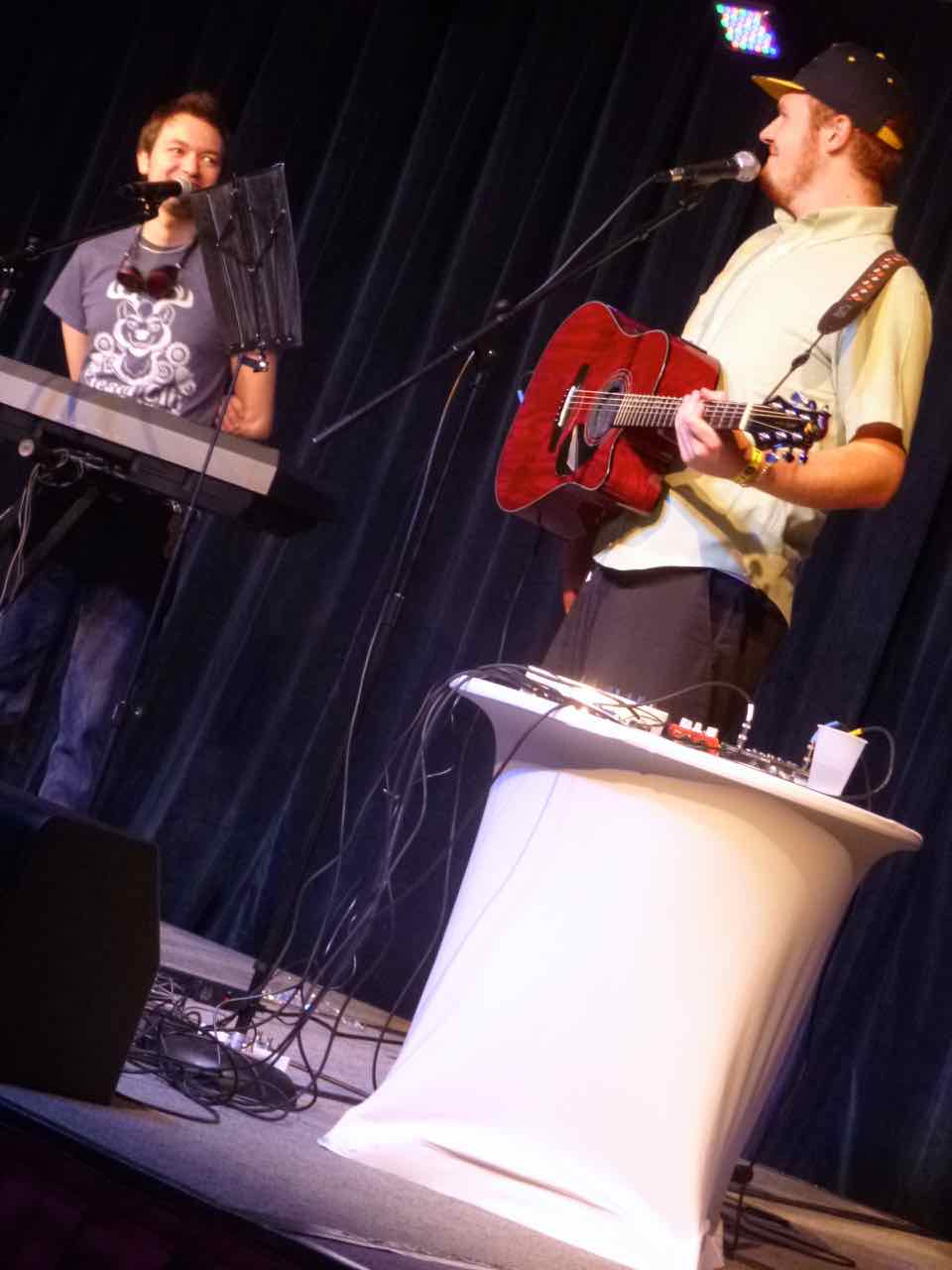 Fox Amoore (left) and Pepper Coyote on stage during the non-drinking concert. Guy sitting next to us spent the entire concert staring at his phone. I realized partway through the concert there was no getting a picture of Fox Amoore not obstructed by the music stand. 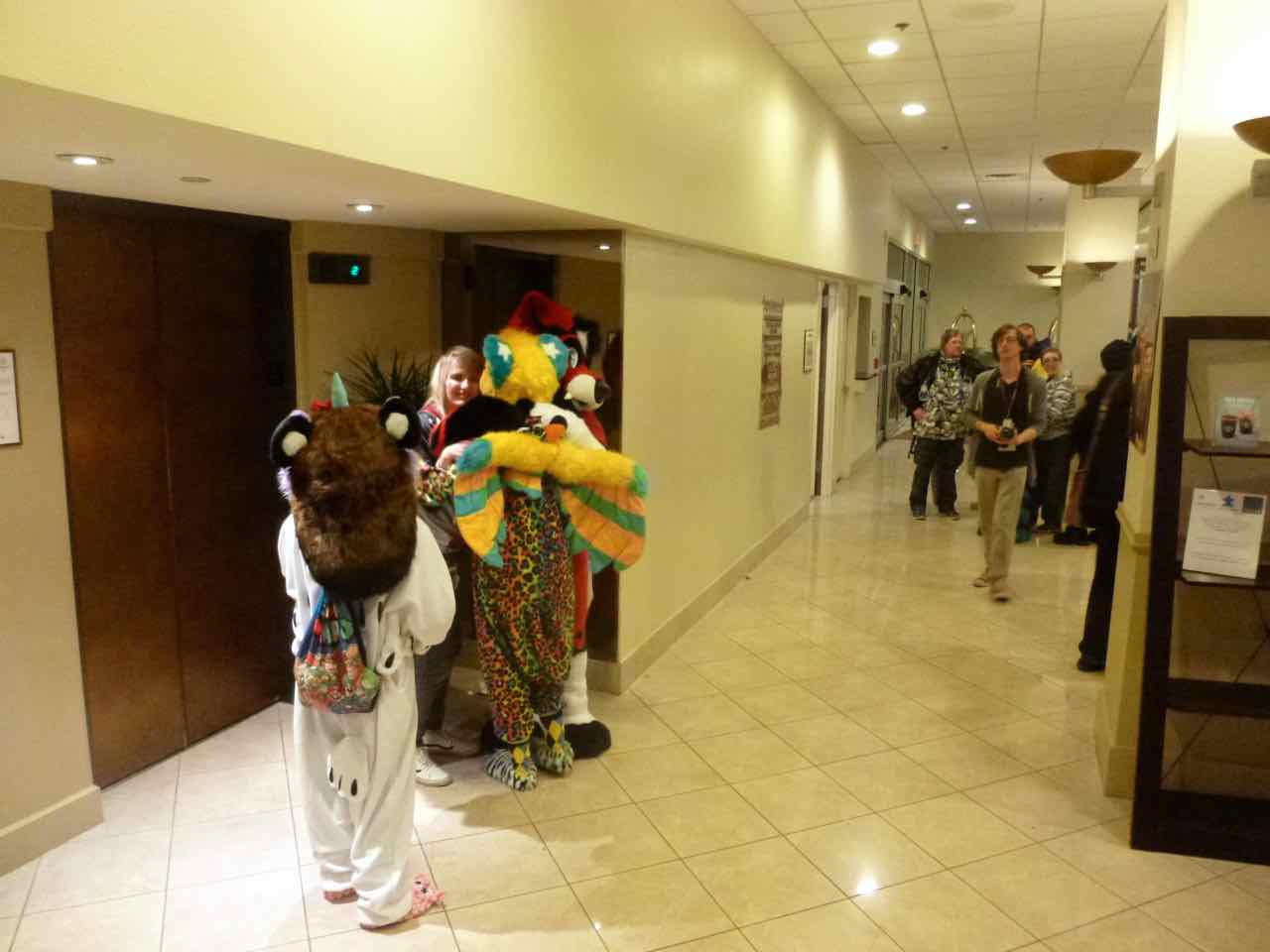 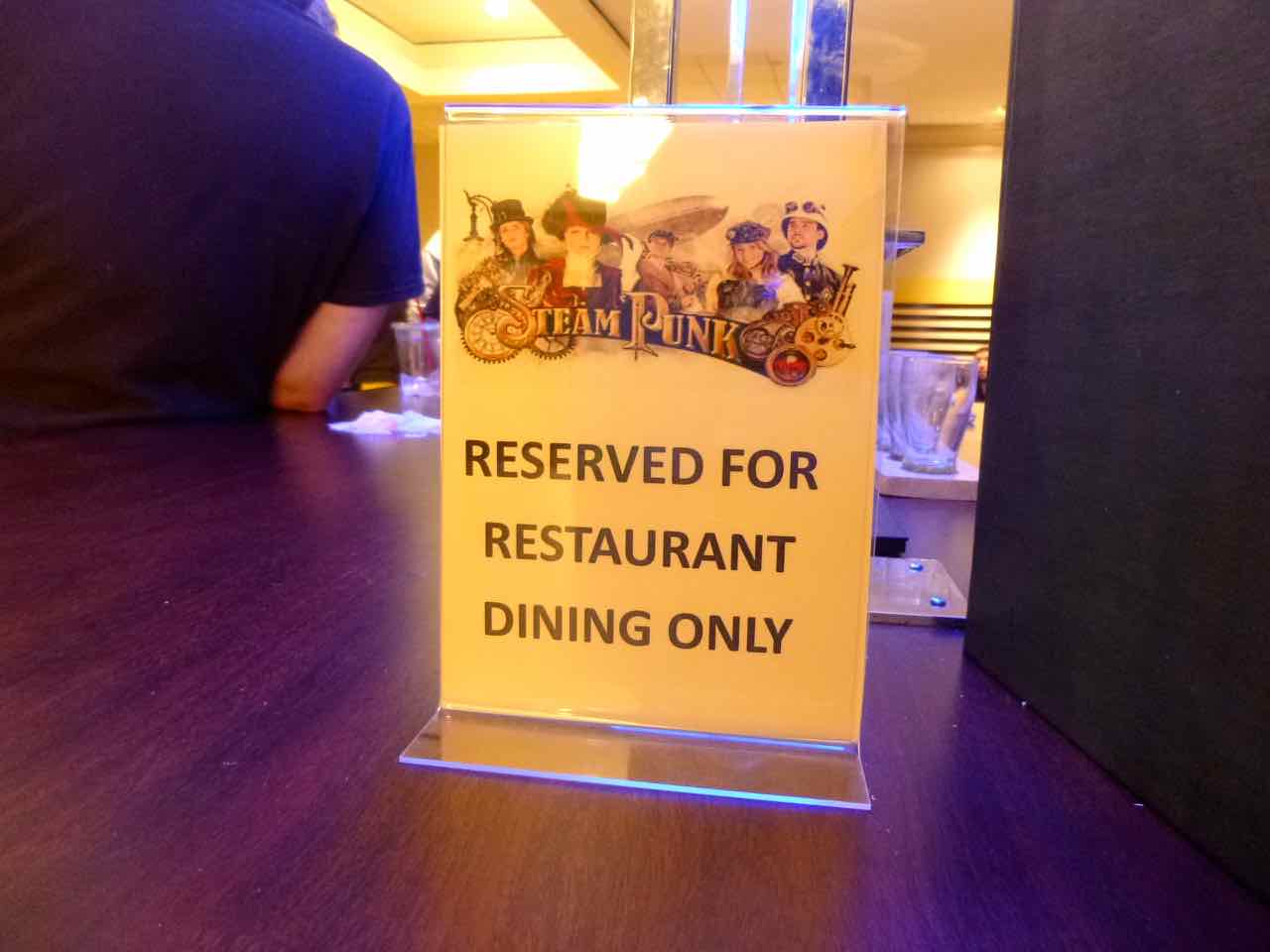 ``The convention has a steampunk theme?'' the hotel restaurant's manager said. ``Well, do a Google Image search for the first thing that matches 'steampunk' and put it on a placard!'' 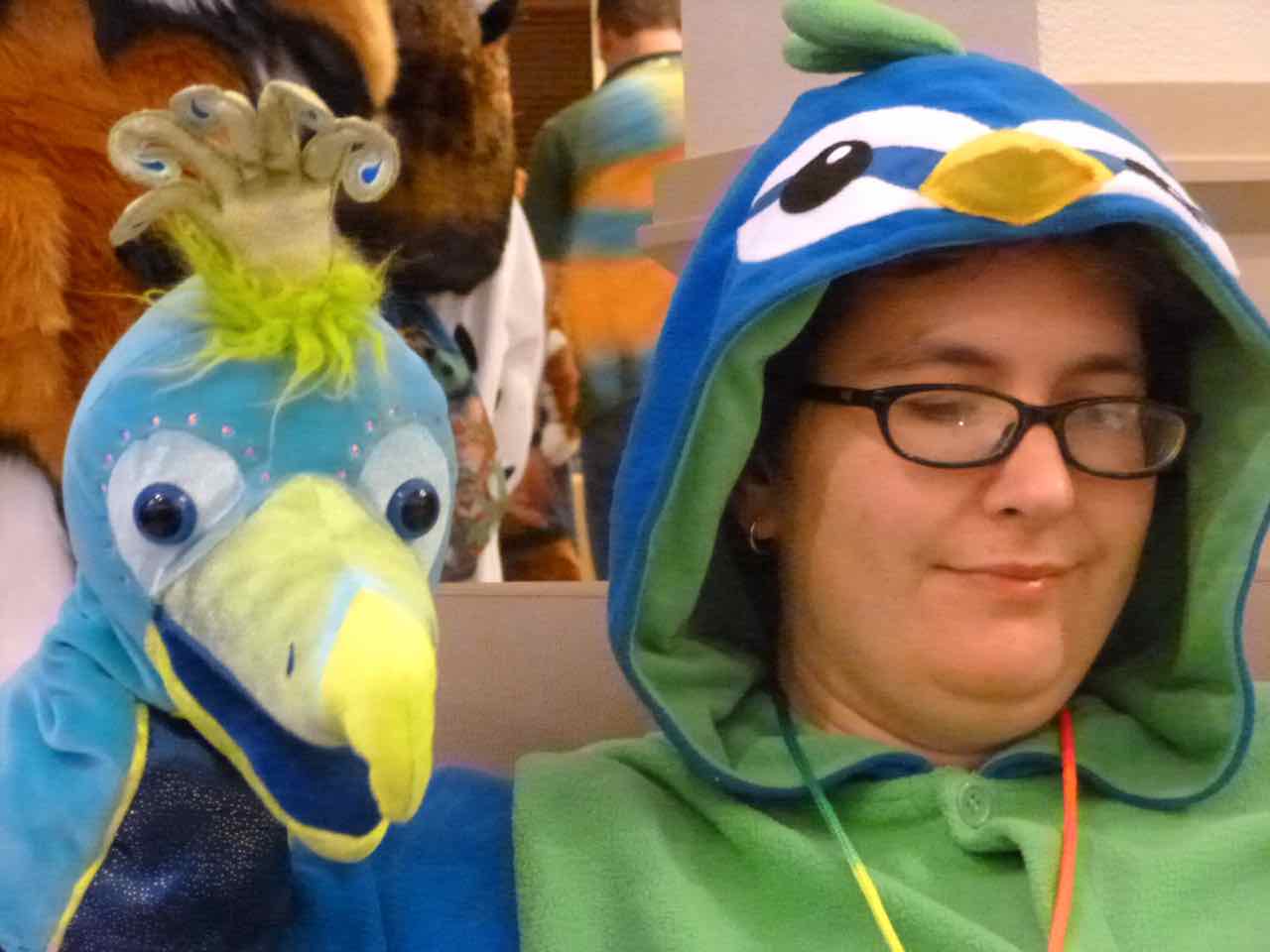 Both these peacocks find something suspicious about the other but they can't say just what seems somehow off. 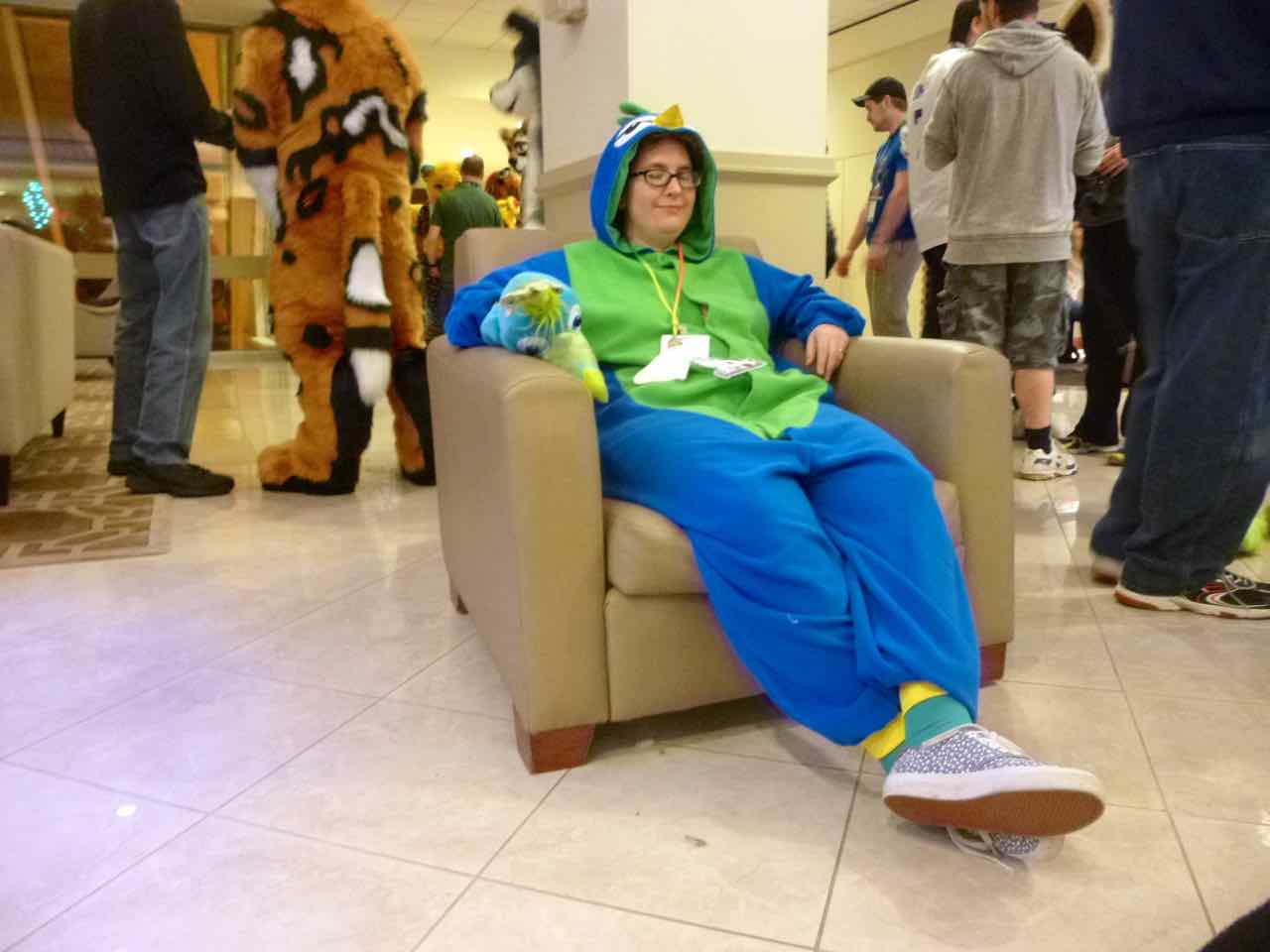 Trivia: Newton signed his oath to keep secret the mint technology on 2 May 1696, and so became Warden of the Mint. Source: The Calculus Wars: Newton, Leibniz, and the Greatest Mathematical Clash of All Time, Jason Socrates Bardi.