So if you still wanna go, go ahead

Is my humor blog a friend of yours? Livejournal friend, I mean. If not, and if it's not on your RSS feed, then here's the past wek's worth of things:

Now that's done, so how about some pictures from the Animal Magic show? The photos are not the best because I was taking pictures from the audience up on stage with my point-and-shoot so it's lucky anything came out at all. But that's something. 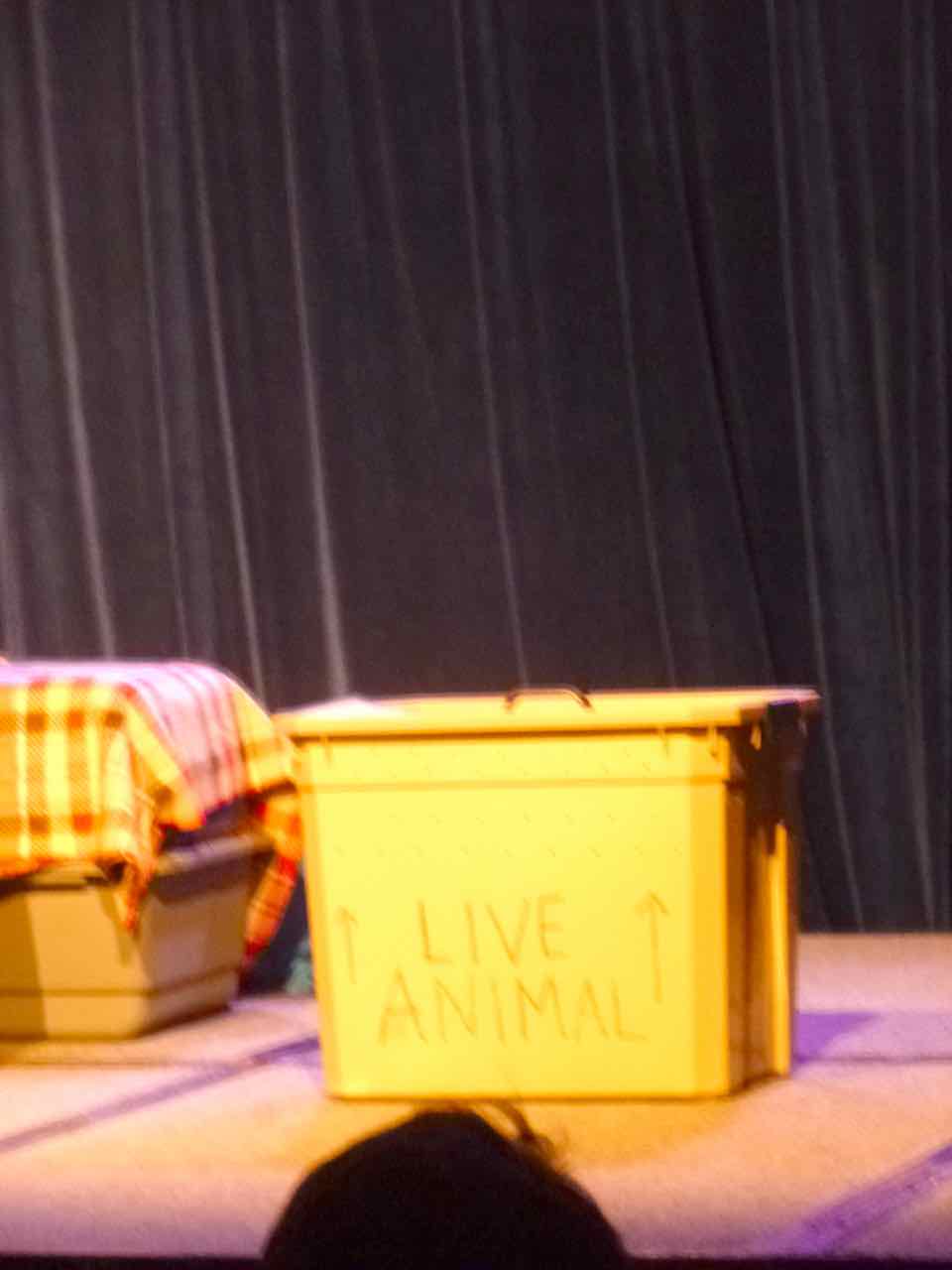 Live Animal is what the plastic bin there reads. Inside is the sloth. In the bin on the left, the one covered with the blanket, was if I remember correctly the binturong. While waiting for the show to start we could see the bin shake around a little, just like in a Tazmanian Devil cartoon. 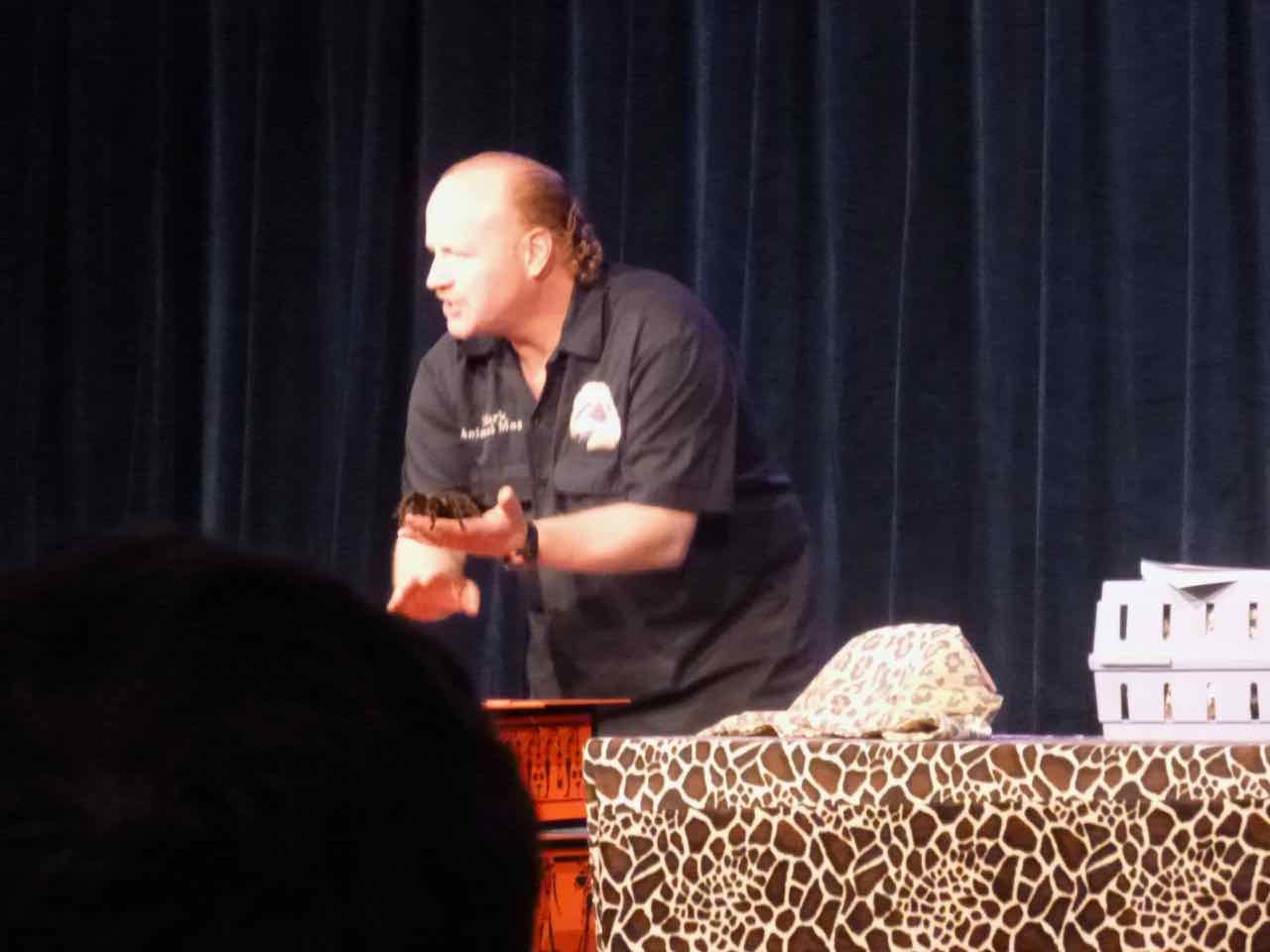 Mark Rosenthal of Animal Magic makes his pitch for tarantulas as a great animal to keep: clean, harmless-to-humans, personable, and nobody's buying this, are they? No, not at all. 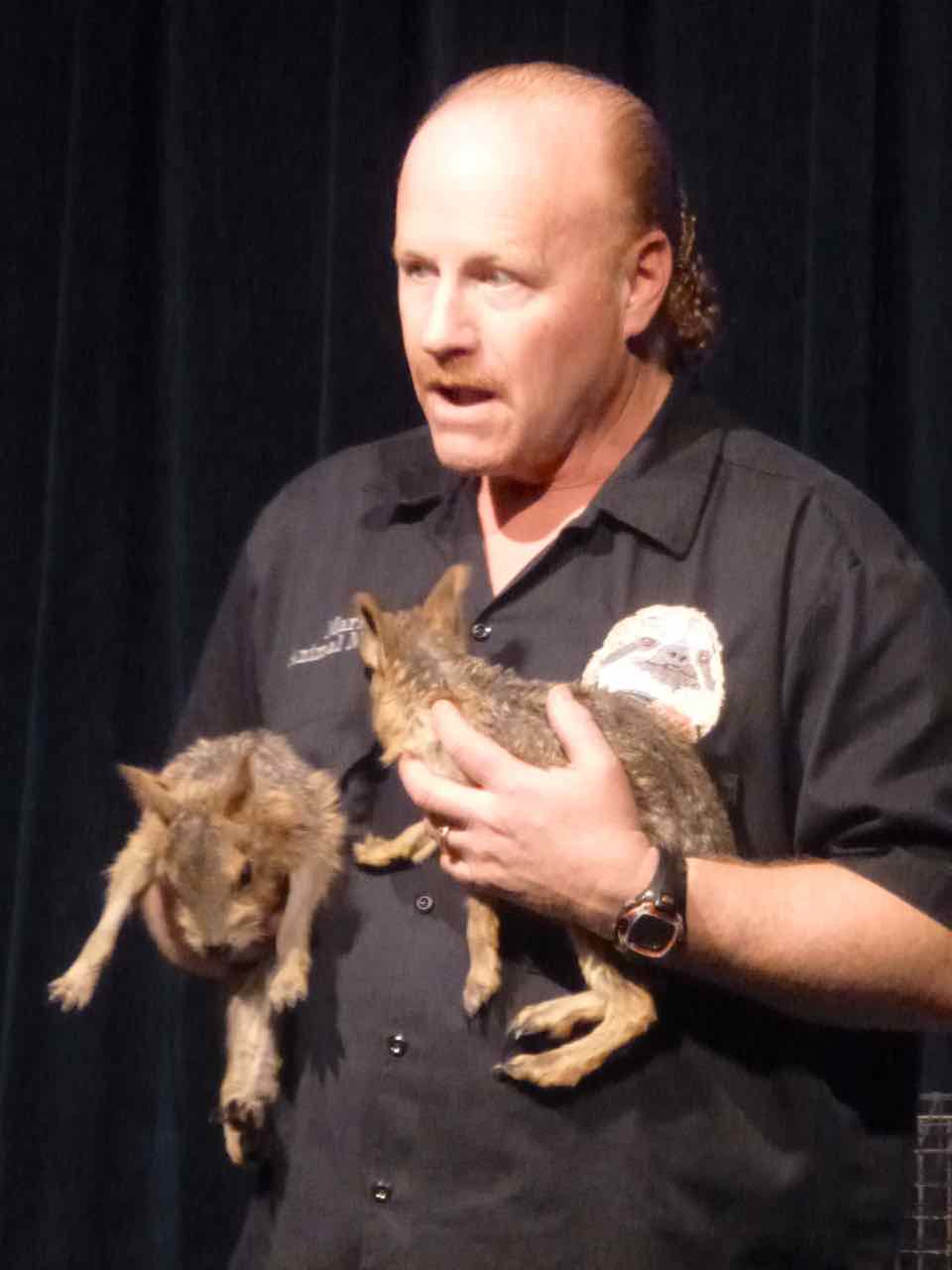 Patagonian cavies, I believe, who are about twenty seconds away from deciding they are done with this scene, man. 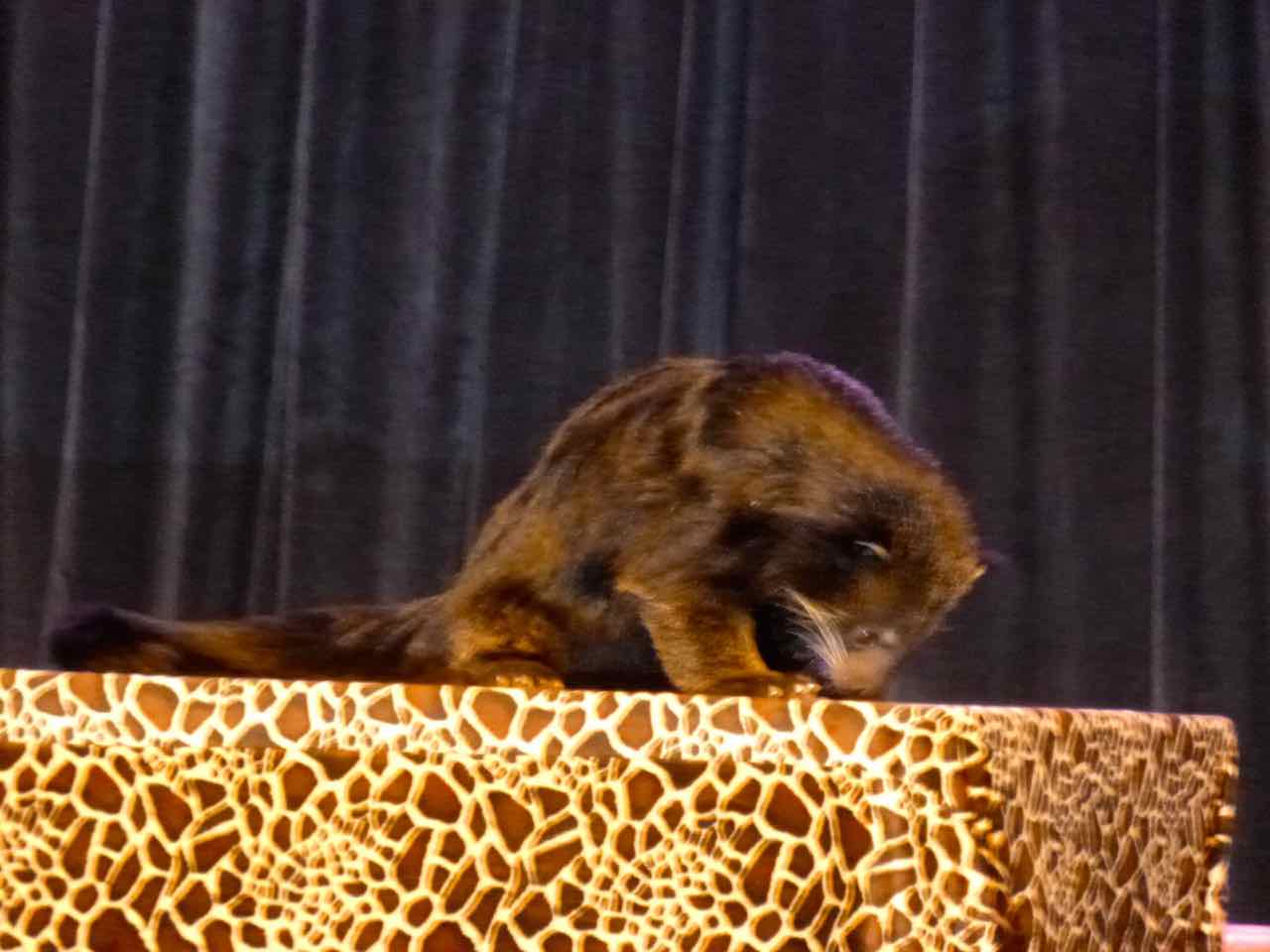 Popcorn, the binturong. Binturongs: for people who thought wolverines just needed to be that much larger. 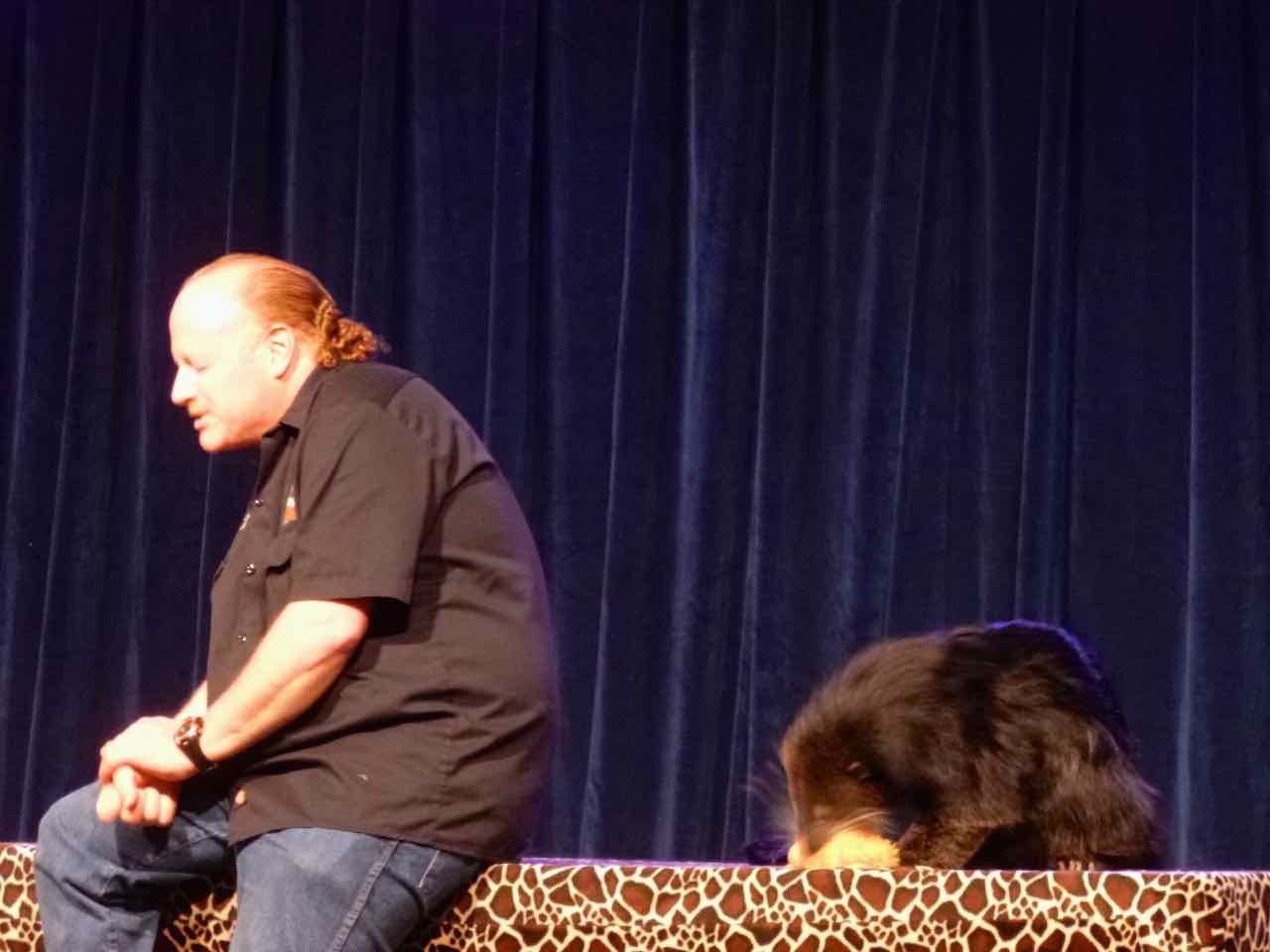 Mark Rostenthal, exotic-animal rescuer and caretaker, encouraging a binturong to do that trick where she pounces him just as if he were prey. 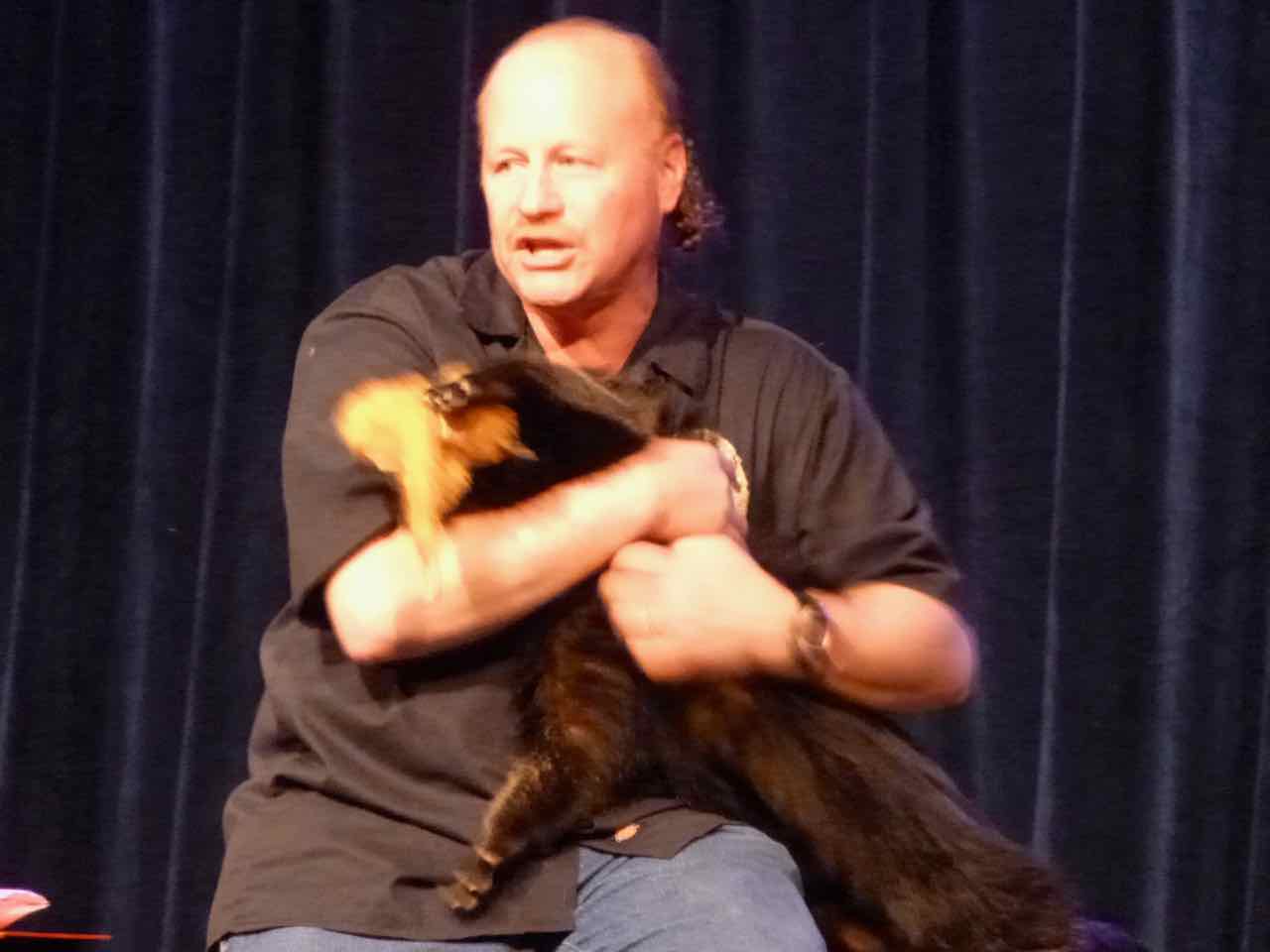 Playing air guitar with an animal that's basically a giant ferret that could eat you whole: seems really cool and it looks great although I kept thinking this would end unhappily for someone.

Trivia: The trading card game Pit and Ping-Pong were the featured games of the Parker Brothers at the 1904 Louisiana Purchase Centennial. Source: The Game Makers: The Story Of Parker Brothers From Tiddledy Winks To Trivial Pursuit, Philip E Orbanes.

Currently Reading: All Was Done With Measure, Number, Weight: An Introduction to the New Metaphysics of Numbers, Jacques Vauthier. In the introduction Vauthier thanks his translator for help with his jumbled English. It's still very jumbled. It reads like the lecture notes for a talk about the history of mathematics more than anything else.