From out of the East a stranger came, a law book in his hand, a man

Mathematics: I blog it. The blog, it RSS feed generates it. And if you skipped it, the whole of last week, then you missed out on:

And now pictures from the Sunday of Motor City Fur[ry] Con 2016. It was a less photogenic day than Saturday was, I'm sad to admit. 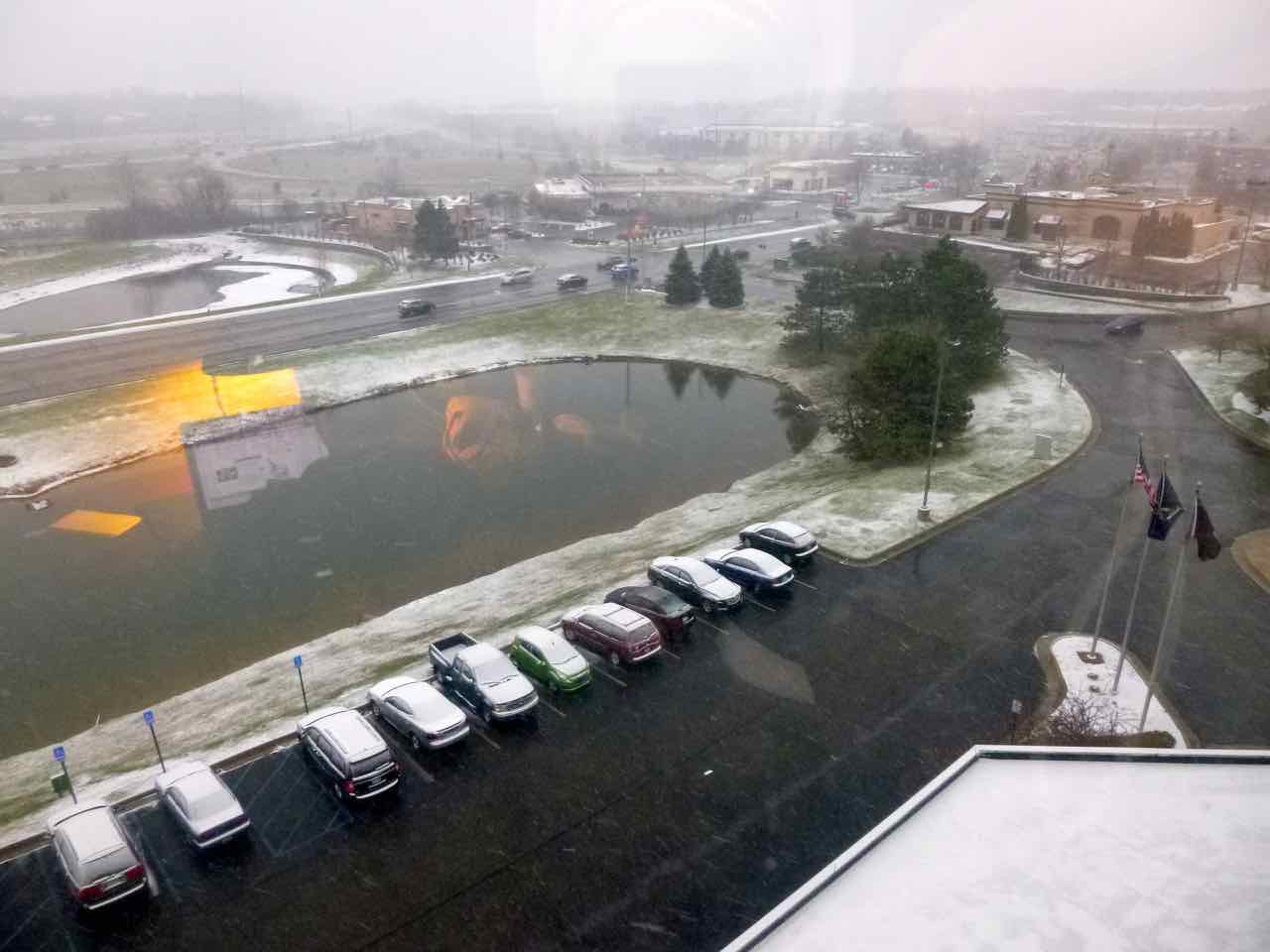 Snow! Snow, from outside our hotel room window. It was not a heavy storm, as you can see. Just enough to make us wonder what the heck, Michigan? Note: Apparently there was another what-the-heck storm this last weekend, although it evaporated before we got up. Still. 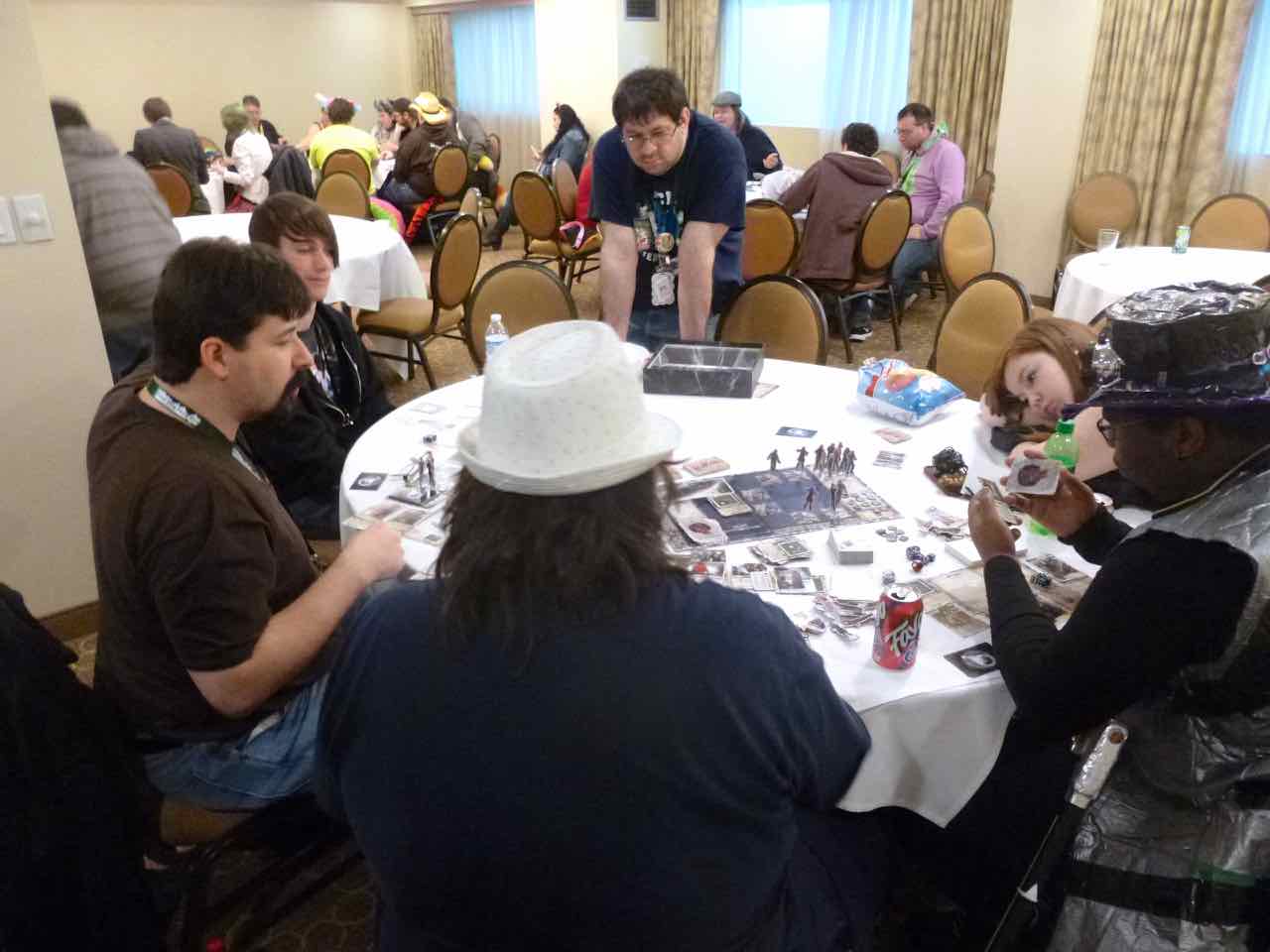 The board game room, with games in full swing. Unfortunately everyone was in the middle of their complicated games, so we had to go and play something on our own. And we couldn't catch anyone into our net of board gaming. 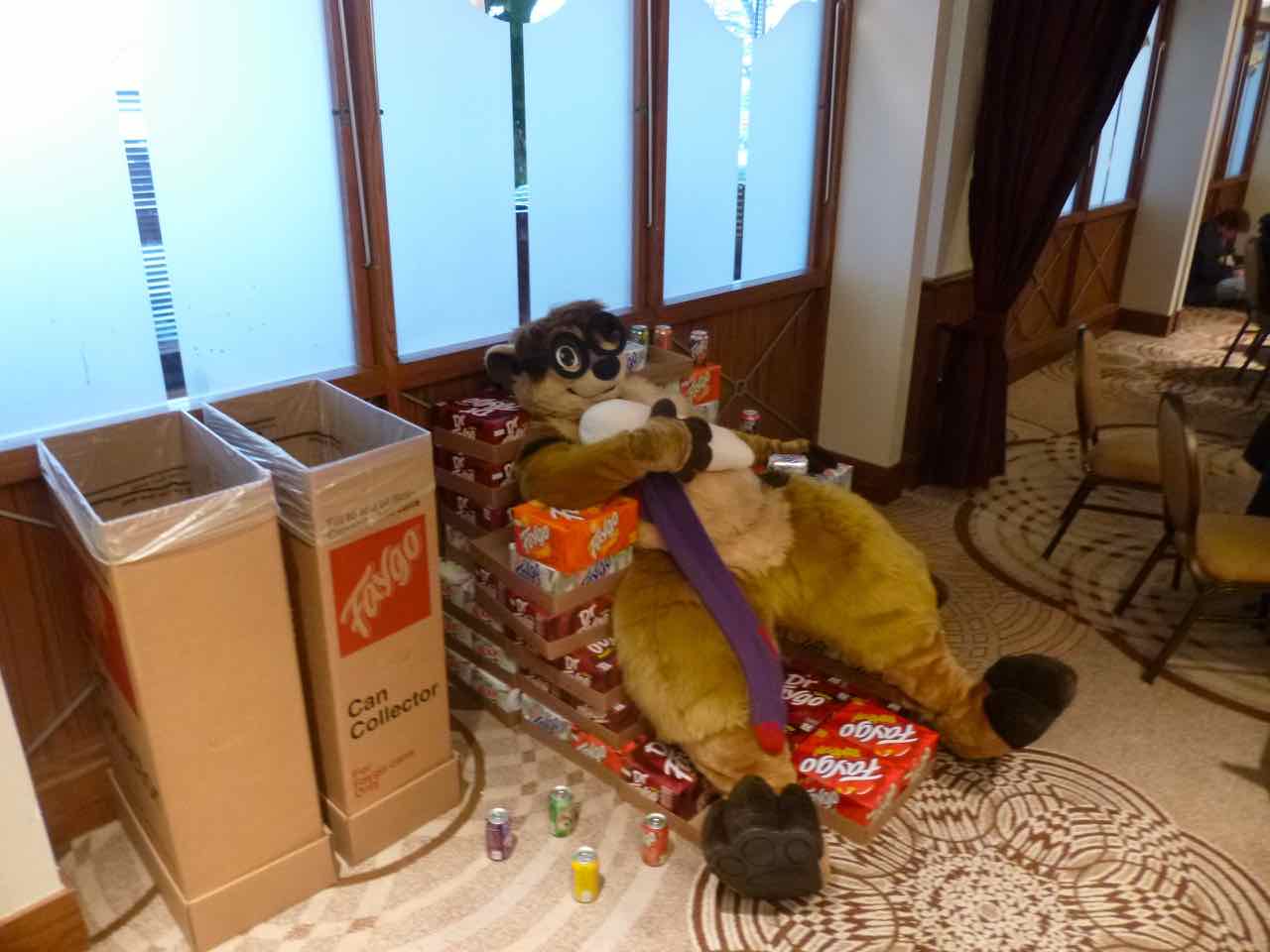 The classic image of the fursuiter passed out on the Throne of Faygo isn't rendered any more creepy by the eyes not closing. 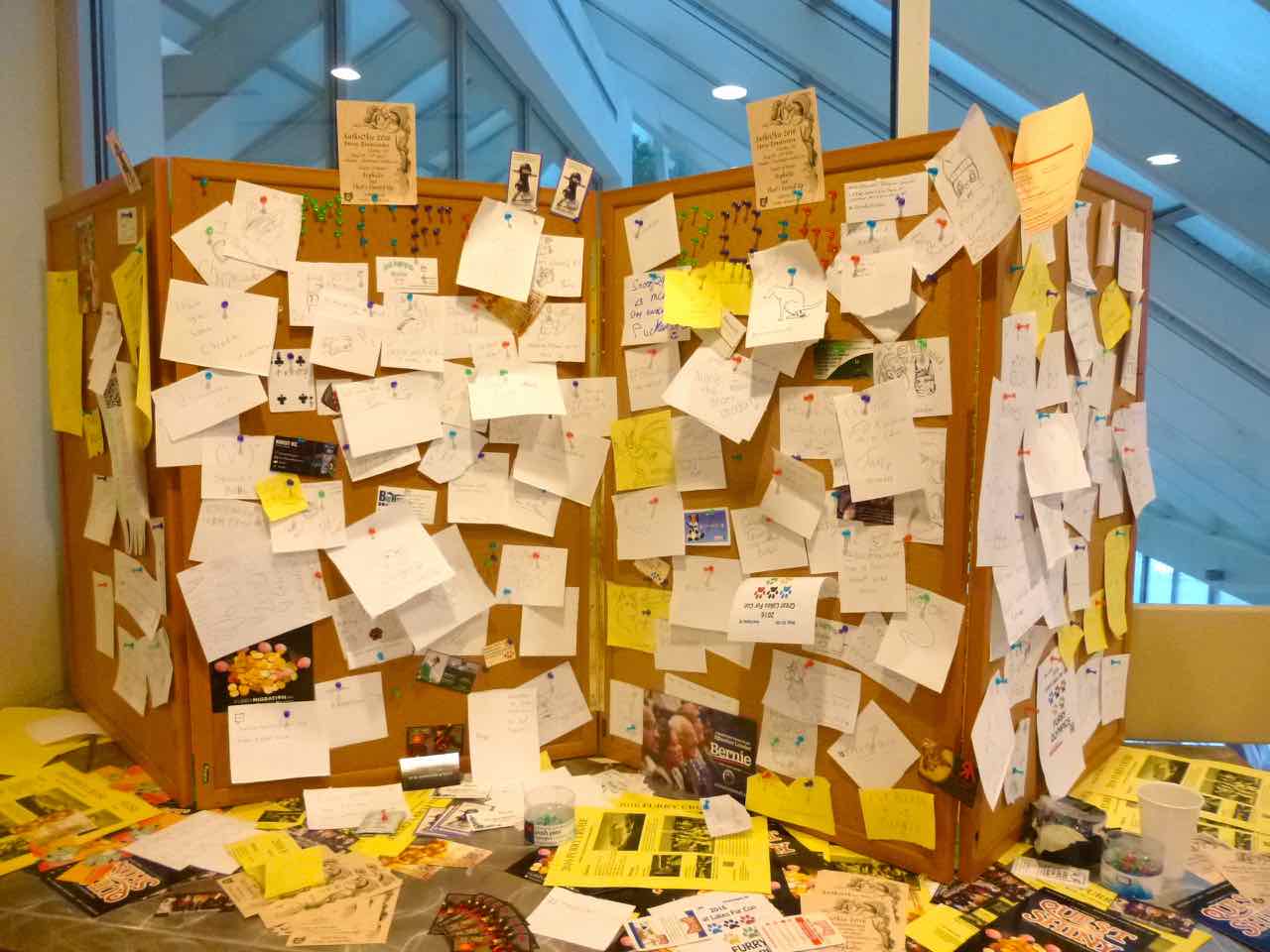 The message board! Even though it's been made obsolete maybe five times over since furry cons became a thing it's still popular and still well-tended. Also more playful now that it doesn't have to tell people they're here and what room they're in. 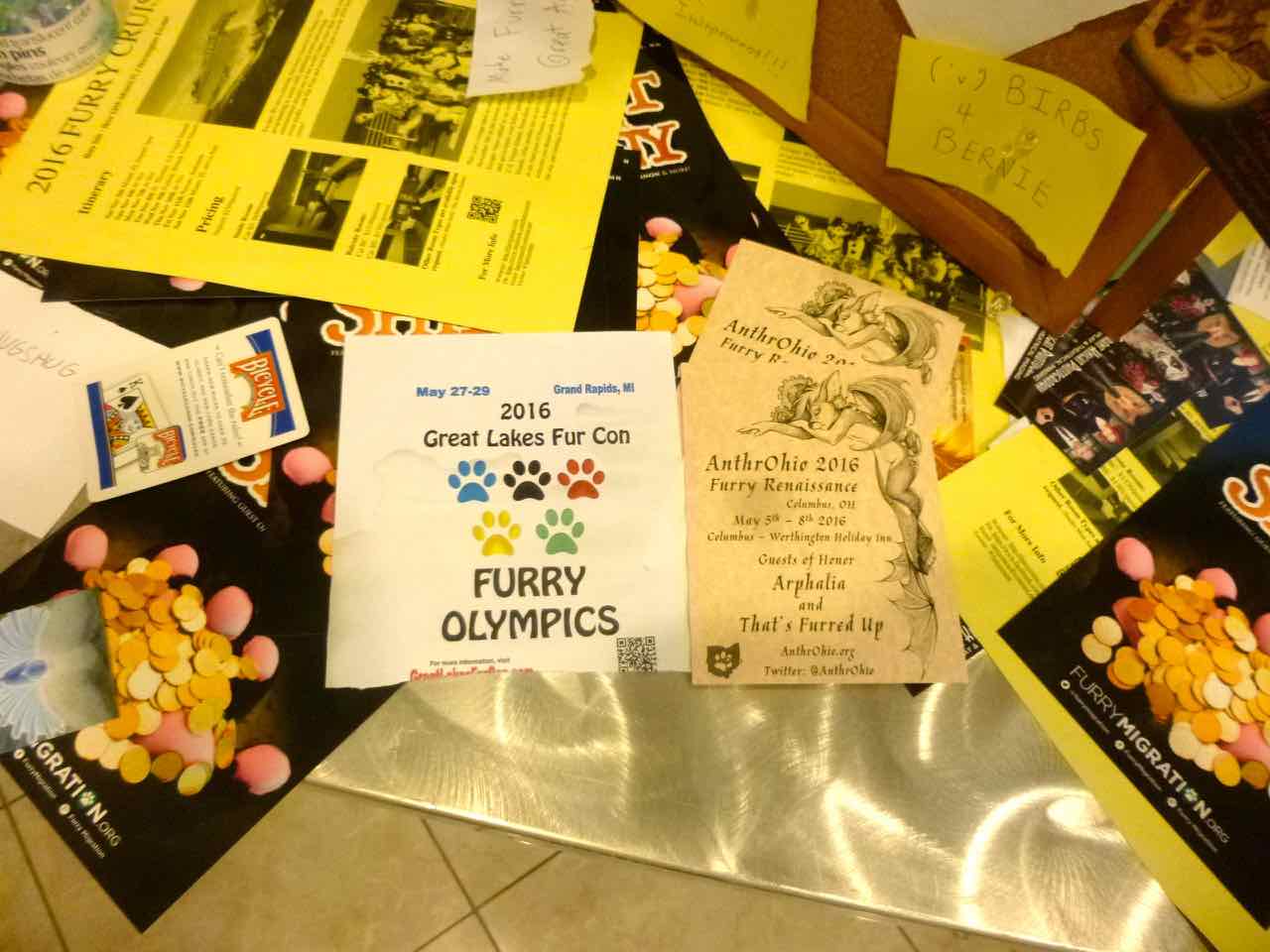 Flyers for upcoming conventions, including Furry Migration, the Furry Cruise (which is in the middle of the semester or else we'd give it more serious consideration), AnthroOhio (watch this space), and the Great Lakes Furry Con which manages not only to have a QR Code (fun QR Code fact: nobody has ever scanned a QR code) but ripped part of it off in quartering their letter-sized pages for the con. 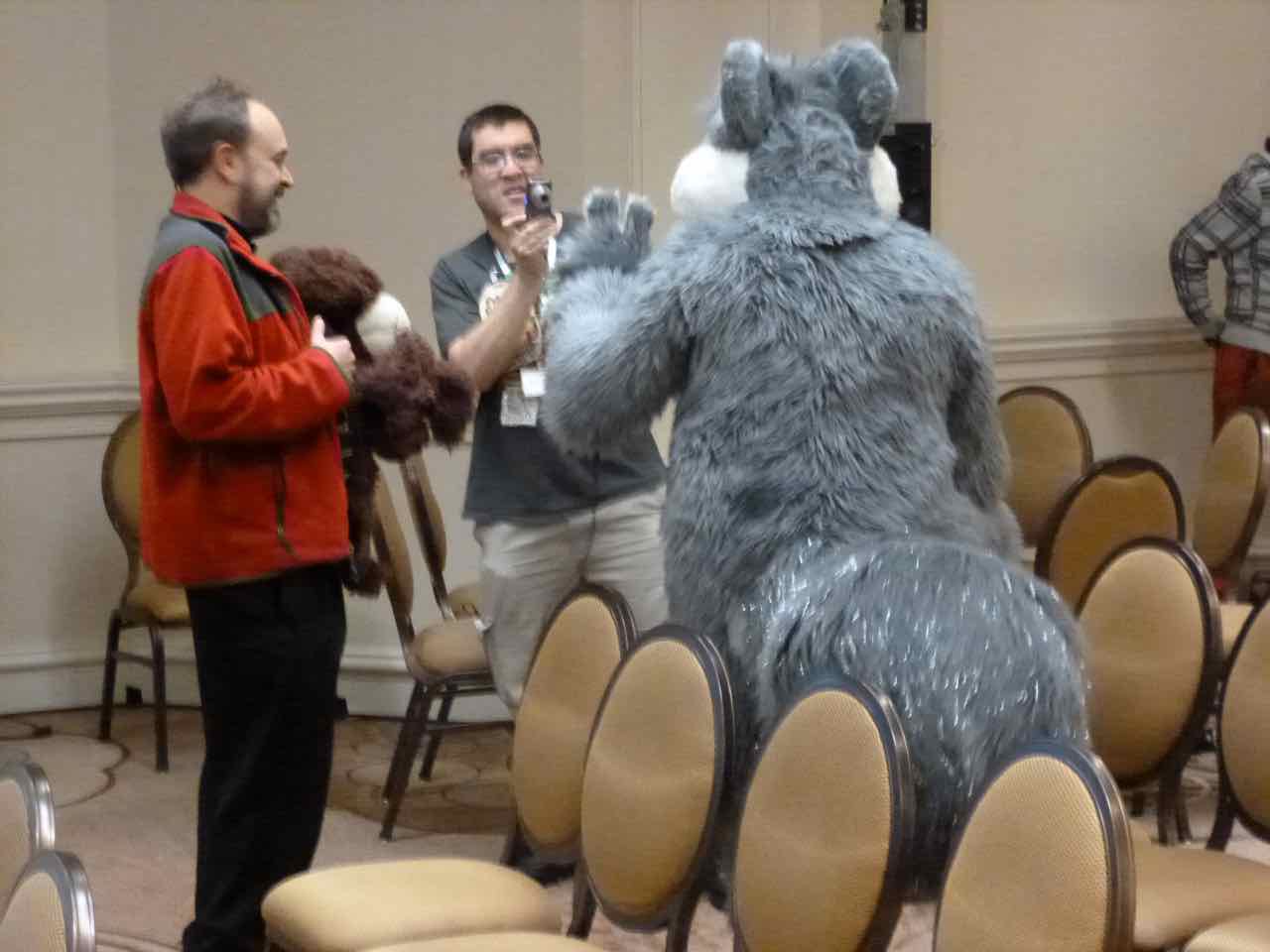 After closing ceremonies. The remarkable thing is you don't often see grey squirrels in a grey pelage around here; they're much more often black. Also if I'm not mistaken this squirrel used a couple beach balls to produce a tail that's got volume and shape without being heavy, and that's a great scheme.

Trivia: The all-time record prize paid to sailors in the Royal Navy was £485, paid in 1762 to each sailor on the Active and the Favourite for their capture of the Spanish galleon Hermione. Source: To Rule The Waves: How the British Navy Shaped the Modern World, Arthur Herman.

PS: I know you want to tell me you scan QR codes all the time.