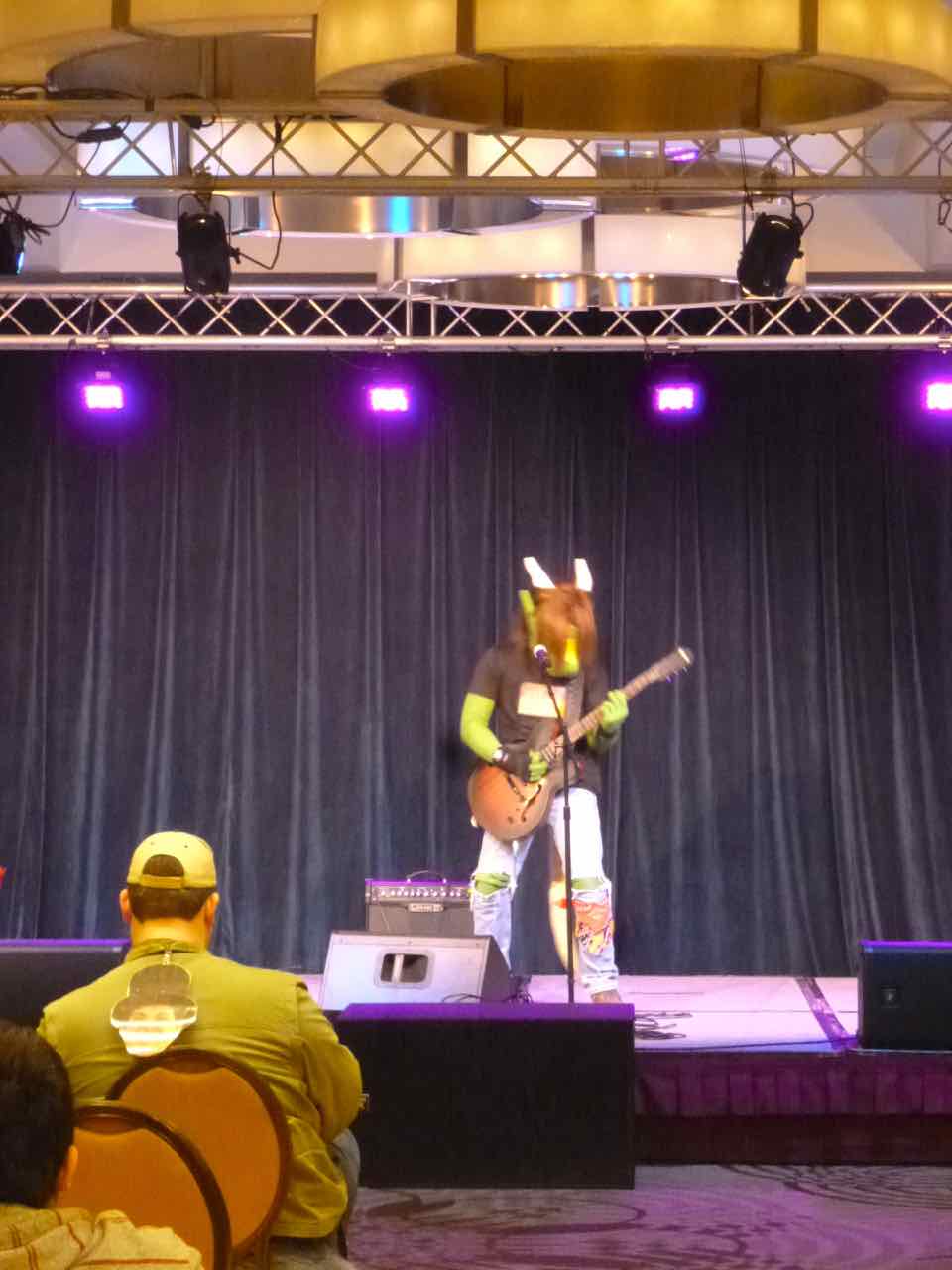 Remember that lizard what was on drums? He's got a couple instruments he can play. From the talent show that we joined pretty near the end of things on Sunday. This picture was supposed to be run Sunday but something went wrong. I don't know what the deal with the volleyball is. I mean, I get the reference, I just don't get why it was a thing some folks were passing around all weekend is why. 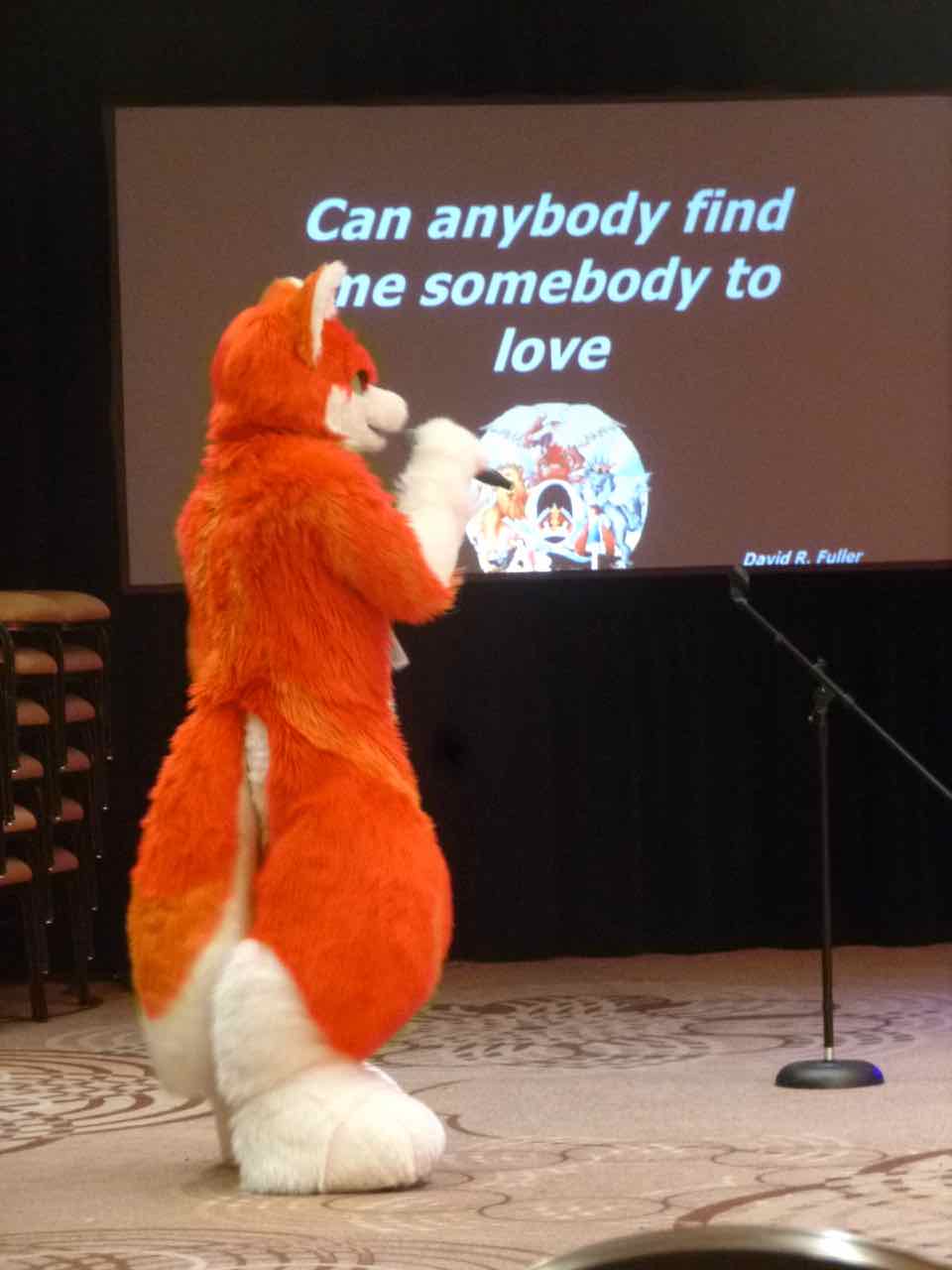 From karaoke! A fair number of performers sang in costume, which means they either have way better lines of sight than

bunny_hugger has in costume or they know the song too well to need the lyrics. 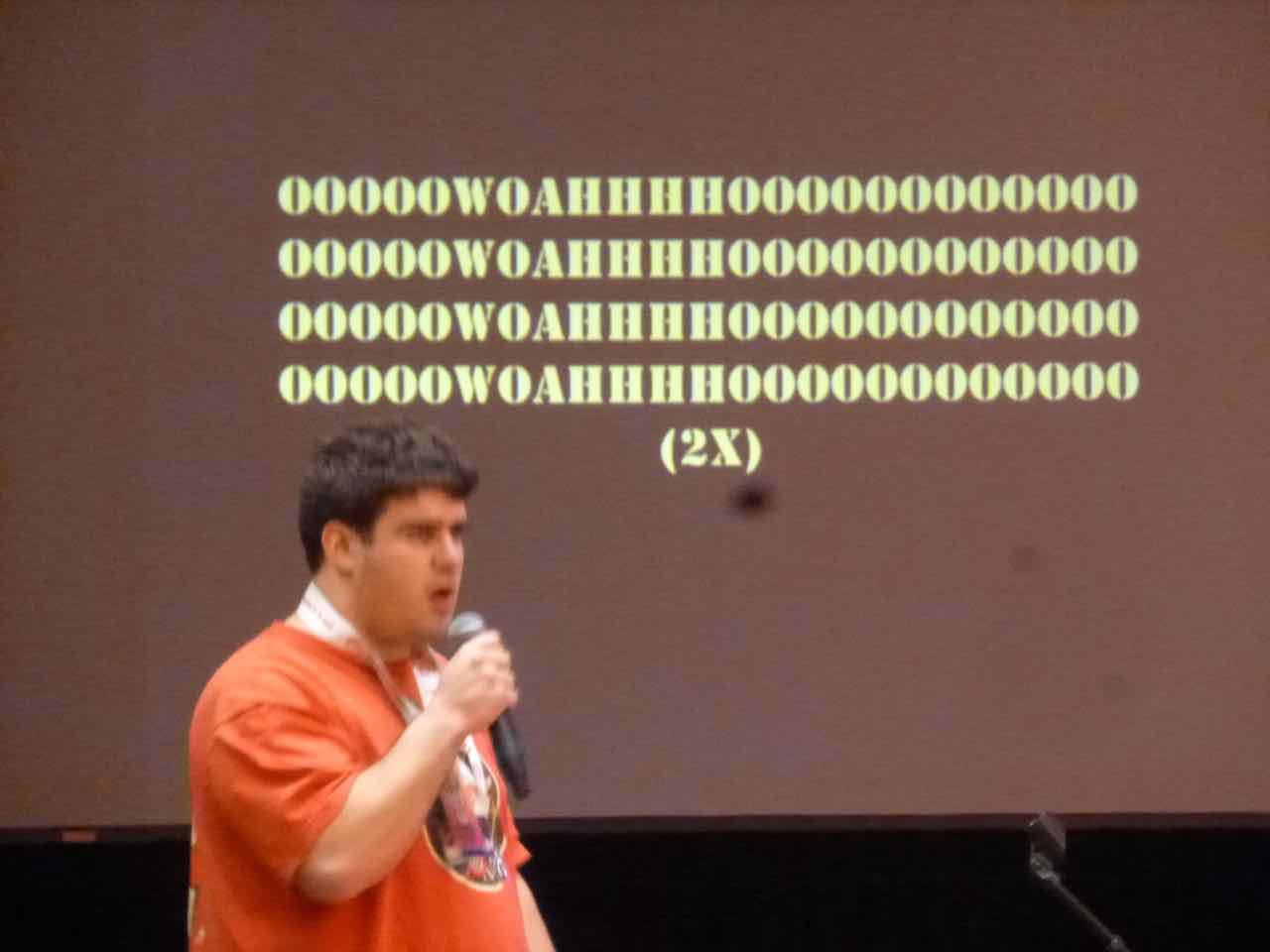 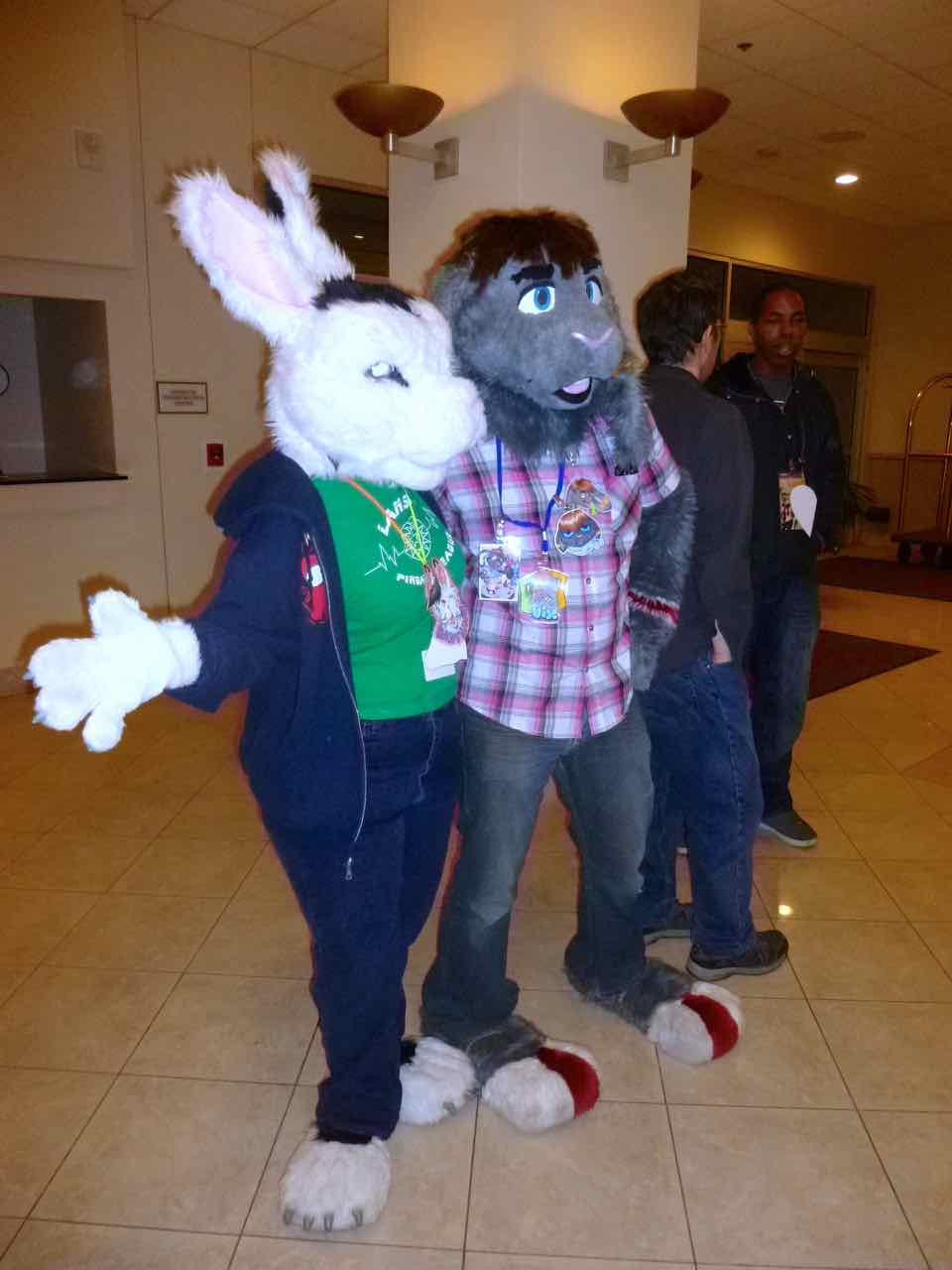 Bunny conferencing, after karaoke and while the Dead Dog Dance was going on. 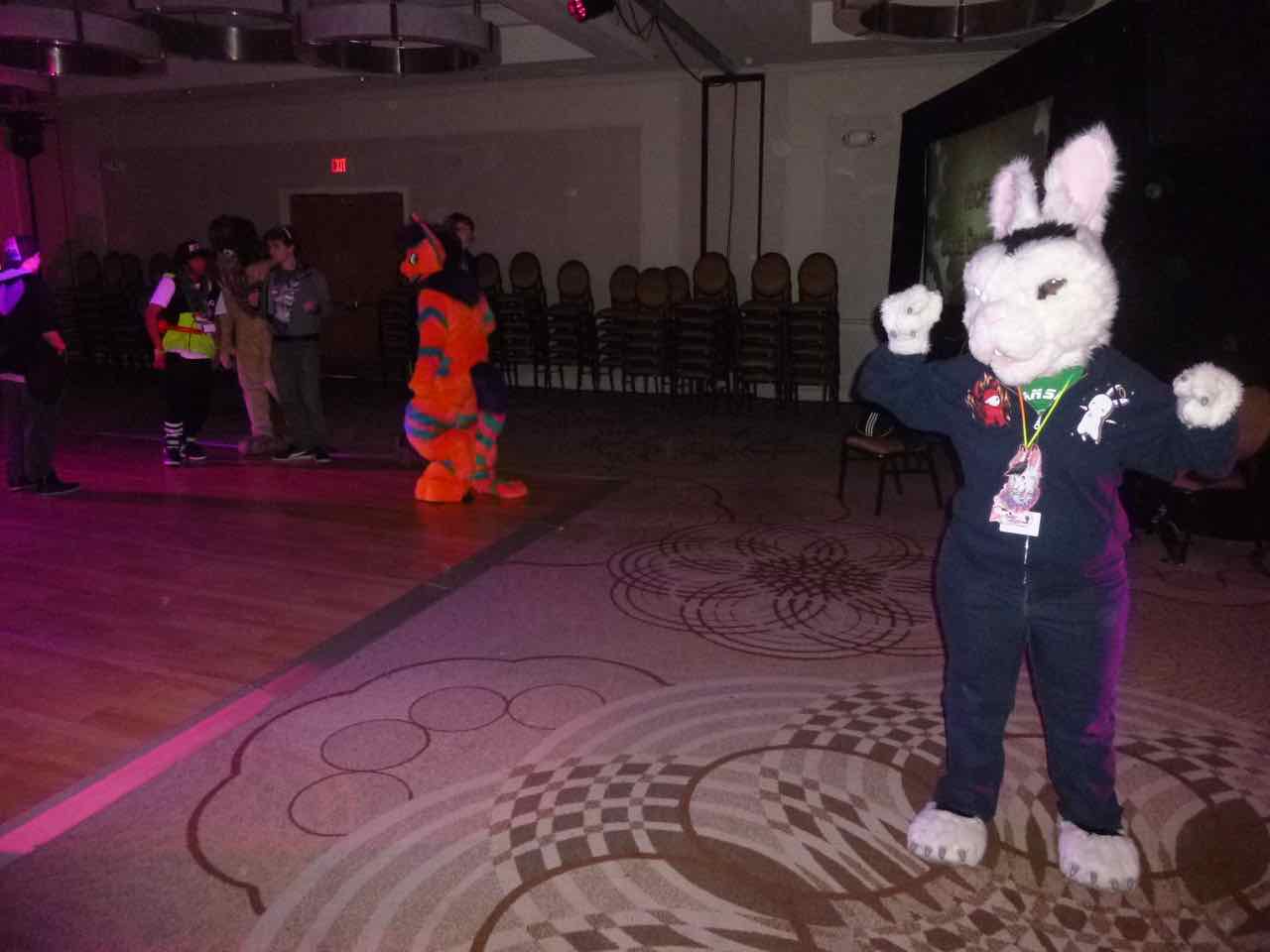 And far enough into the Dead Dog Dance, everyone stretches and gets ready to go home, alas.