On the other hand, if the suffix is maintained (page 43) The E must be retained after C

My mathematics blog got a tiny bit busier this past week. Not on your RSS feed? Here's what you've missed:

Now for some more of the Pinball At The Zoo pictures: 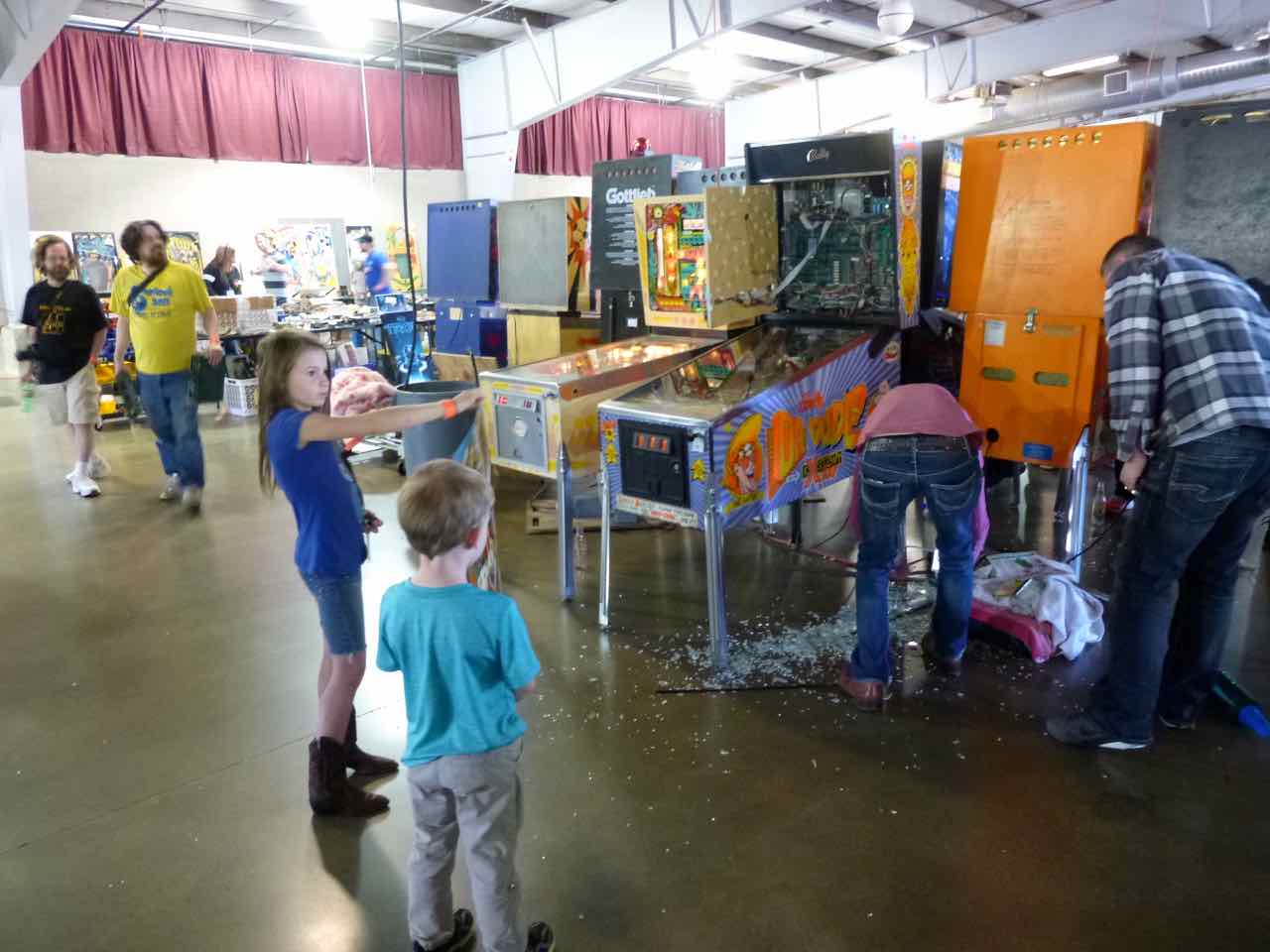 Disaster strikes again! A person who brought a Dr Dude (Midway, 1990) loses control of the backglass and that shatters. He did announce to everyone's relief that he saved the translite, the plastic sheet of the backglass's art. So while he'd need a new back glass, the artwork was saved and he didn't need to replace that. 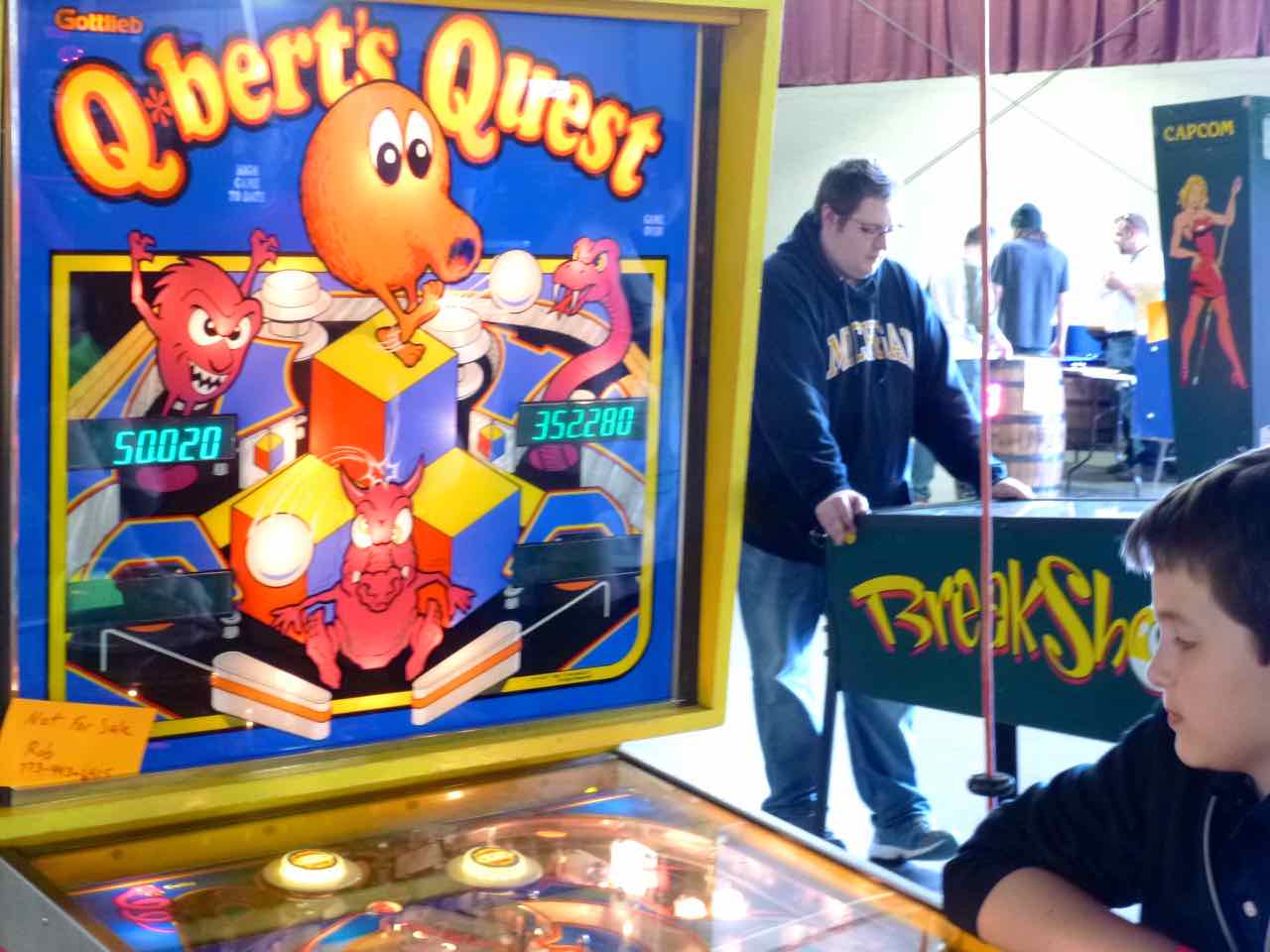 I had no idea there was a Q*bert game either! Q*bert's Quest, a 1983 Gottleib game, is a pretty nice game for being obscure and one of those weird attempts to break the pinball/video-game barrier. It's also got a pretty nice save-a-draining-ball gimmick, for outlane drains, that can kick the ball back into play. In the background is Capcom's 1996 Breakshot, an attempt to make a classic-style game with modern styling and sexism. 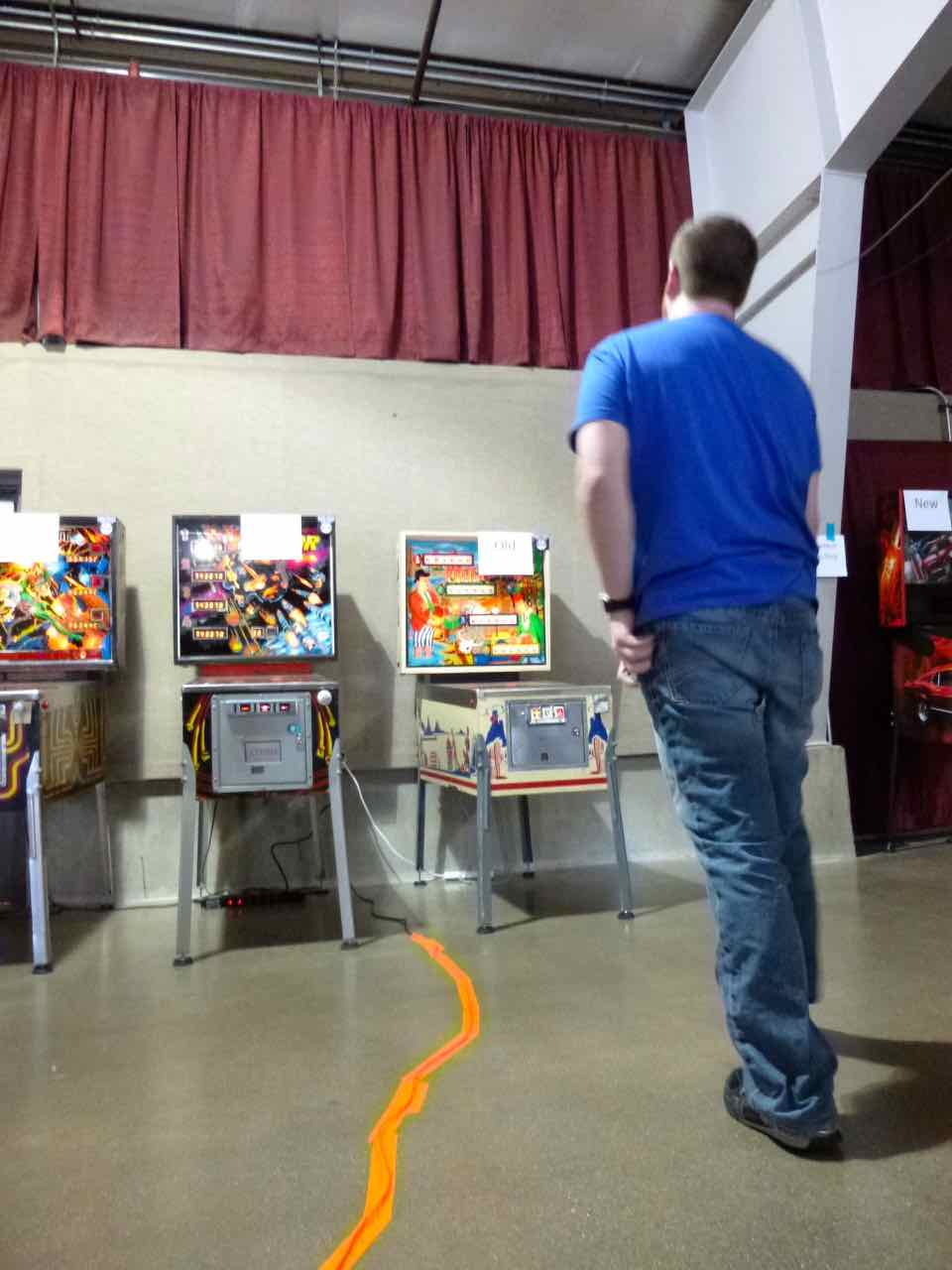 Main Tournament, A Division, finals! MWS steps up to the challenge of Prospector, a 1977 game that for some reason uses Laurel and Hardy's images. 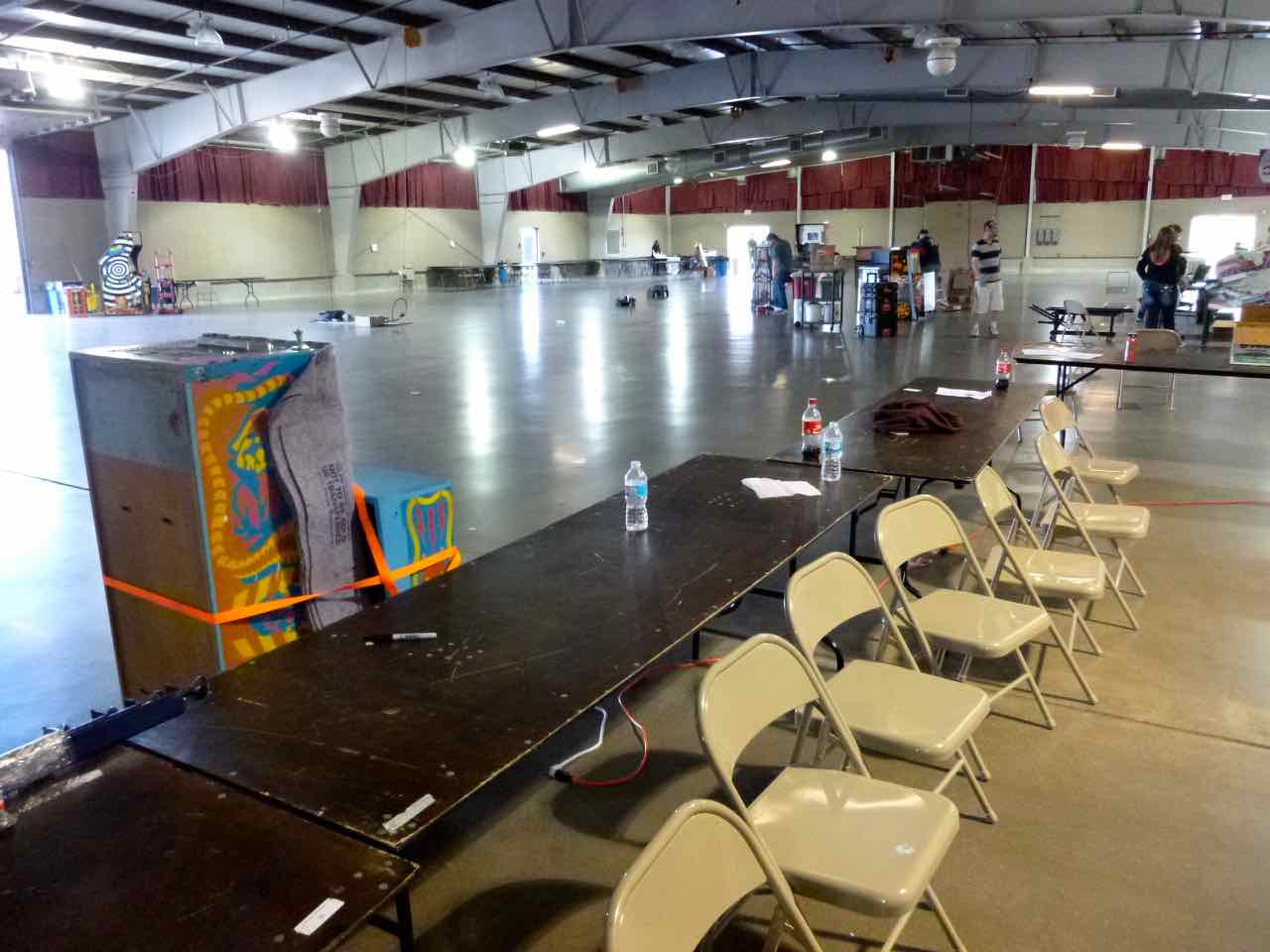 Aftermath: the Main Tournament, A Division, finally finished up about the time the whole expo had wrapped up and most people took their games or other merchandise home. So we could get some great forlorn shots of the whole center. 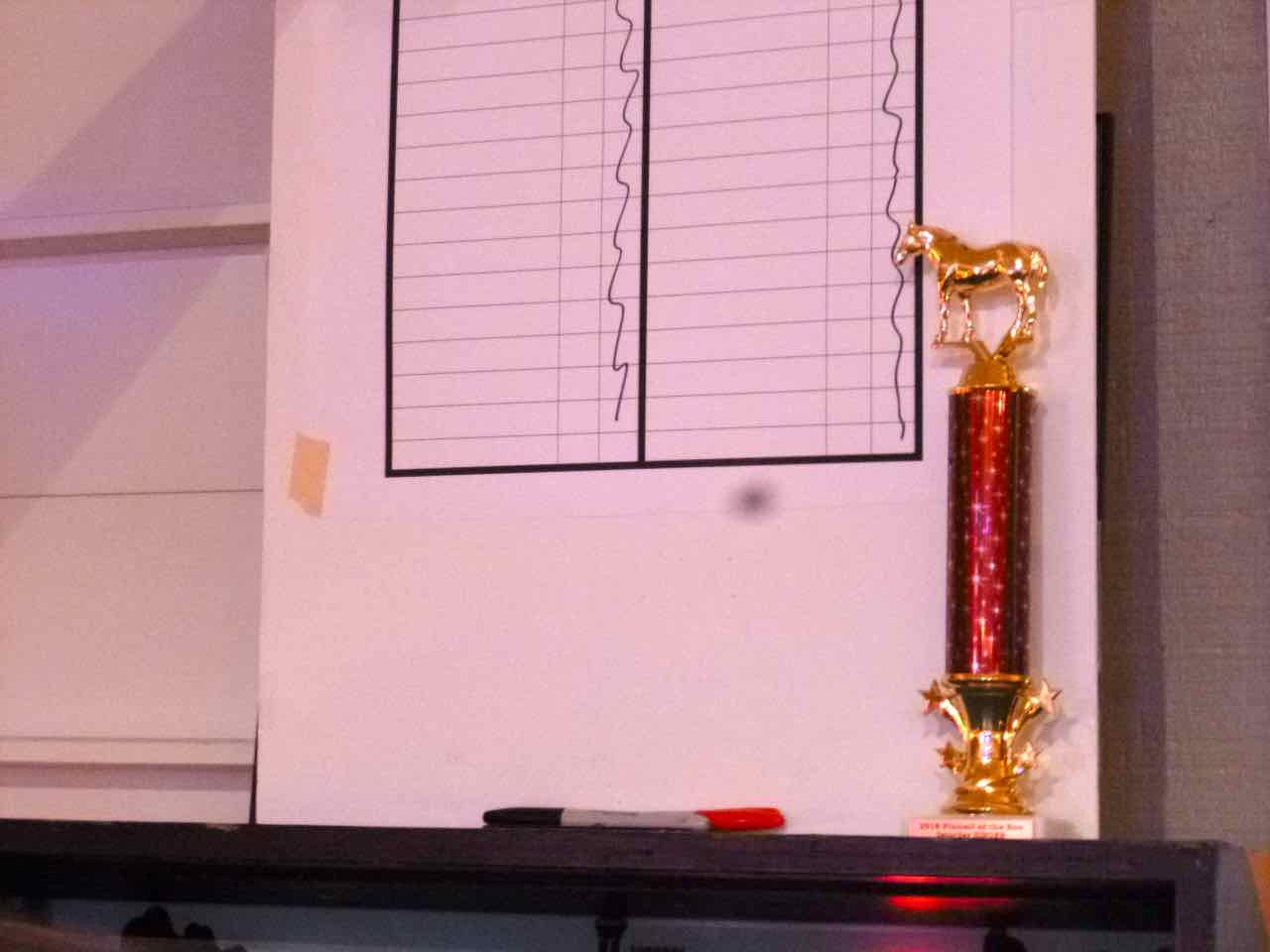 The Ringer trophy, and signup board, at MJS's pole barn. Bonus puzzle: can you find the speck of dirt or something that got onto my camera's sensor where it can't be easily cleaned out? And can you spot it in other Pinball At The Zoo pictures now that I've pointed it out? 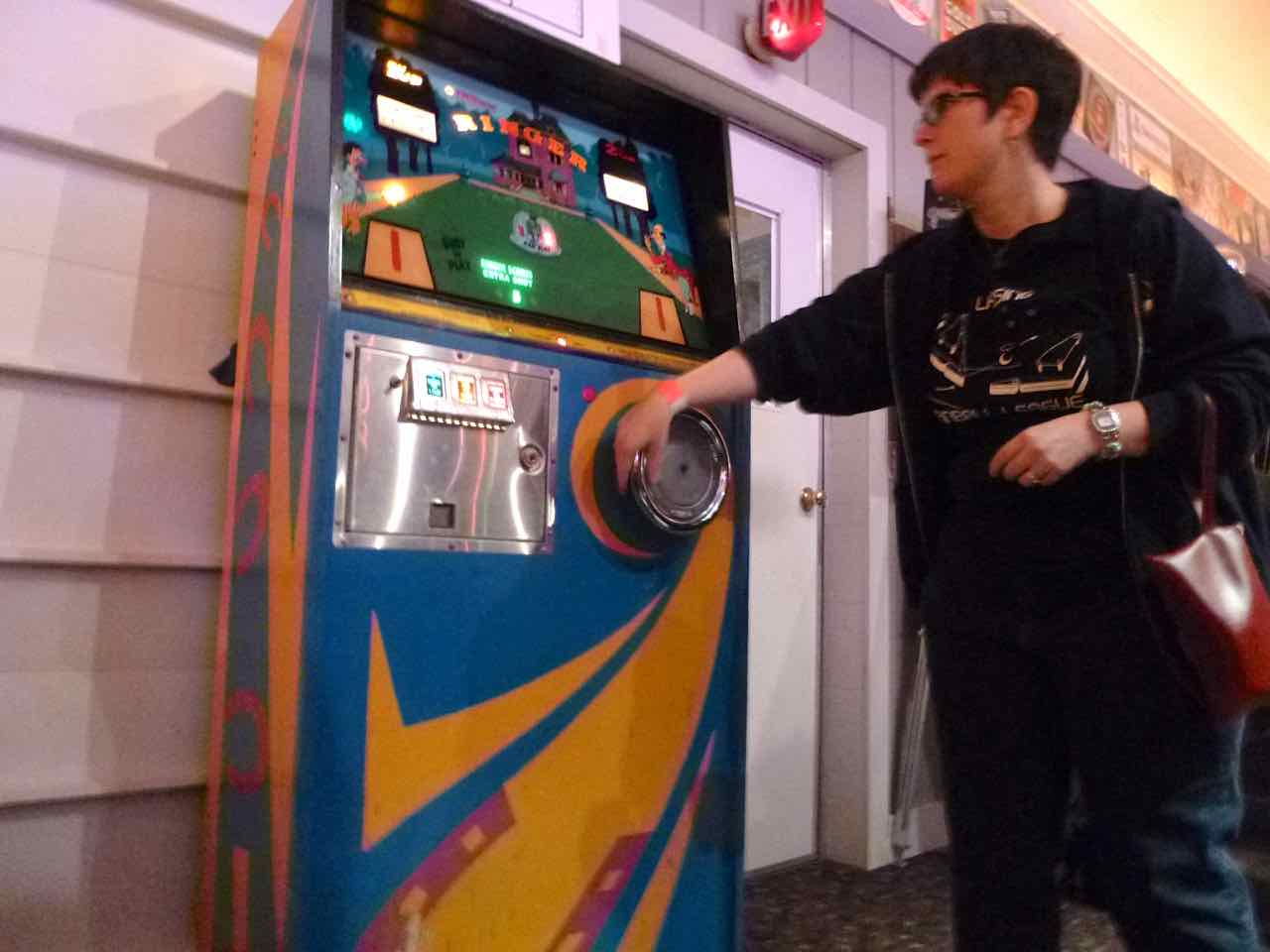 bunny_hugger taking seriously her innings on Ringer, the horseshoe simulator game. She'd win two rounds and be knocked out in the third.

Trivia: Spain joined the American Revolution only as ally to France, without any treaty of alliance to the United States or the Netherlands. Source: The First Salute: A View of the American Revolution, Barbara W Tuchman. Someday there'll be a grand strategy game that gets alliances nearly as complicated as they are in the real world.