By the Window, That Is Where I'll Be

And now a pause to share what's been on my humor blog. It's been a week of stuff. RSS feed anyone? If not, then:

We have tulips. Between Motor City Fur[ry] Con and Pinball At The Zoo and Anthrohio they flowered. Here's what it looked like. 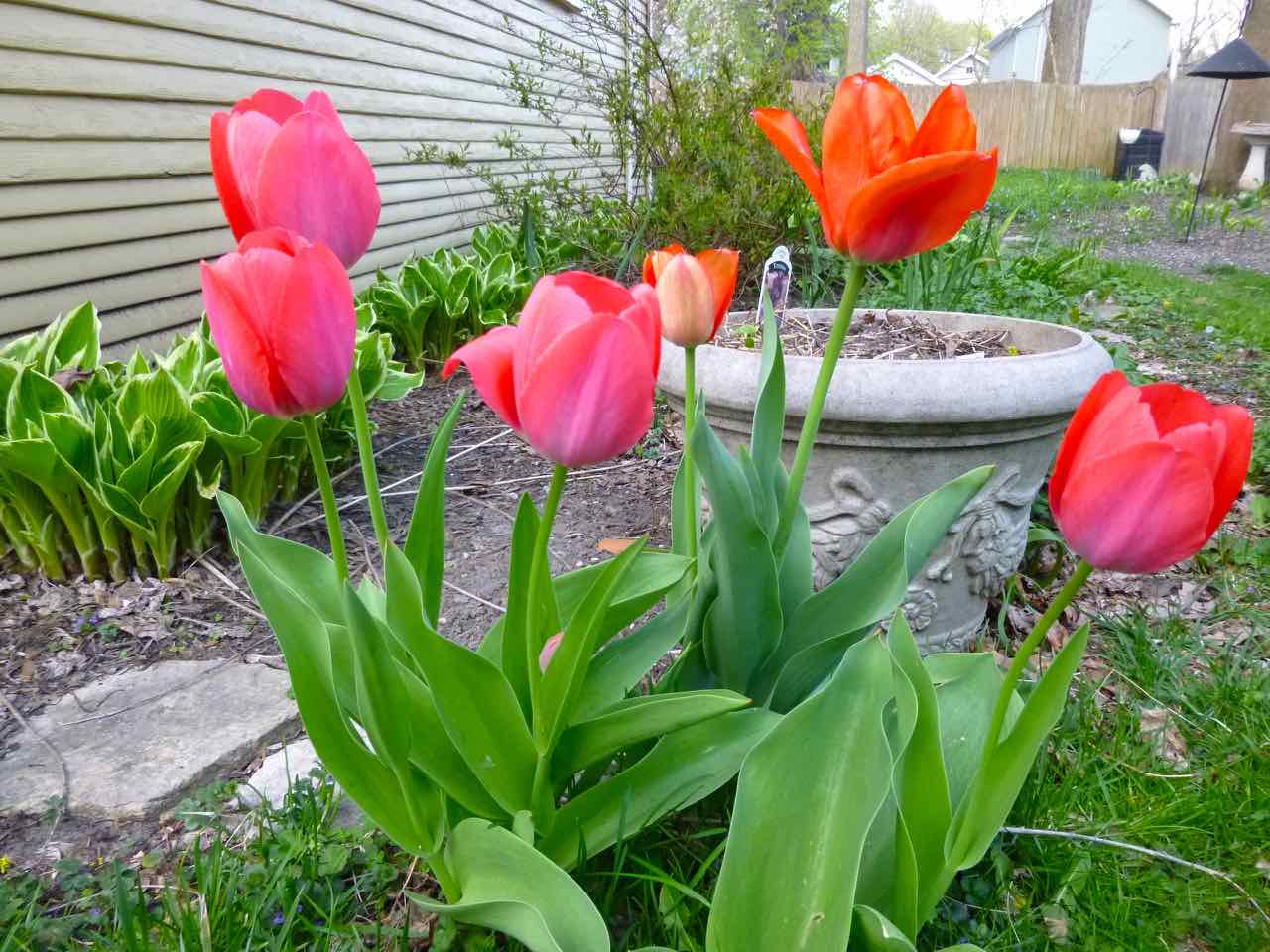 From the front of the side garden, next to the garage. Off to the right you can see the bird feeder we use to feed squirrels. In the way distance you can see one of our rabbit statues. 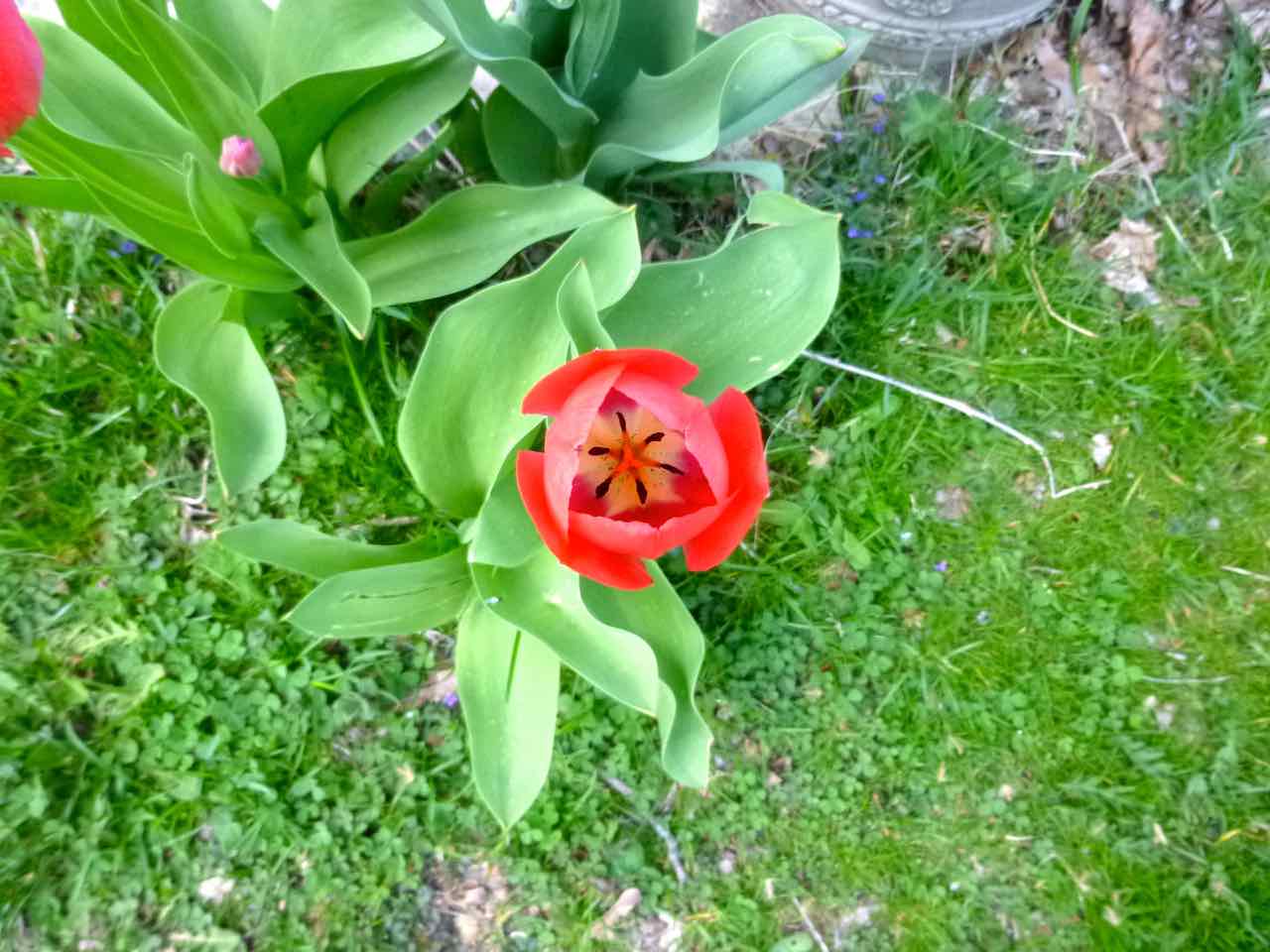 And you may recognize this from Star Trek: The Motion Picture as the rhythmically opening and closing portal through which Spock had to navigate in order to mind-meld with Lieutenant Ilia's neck-crystal. 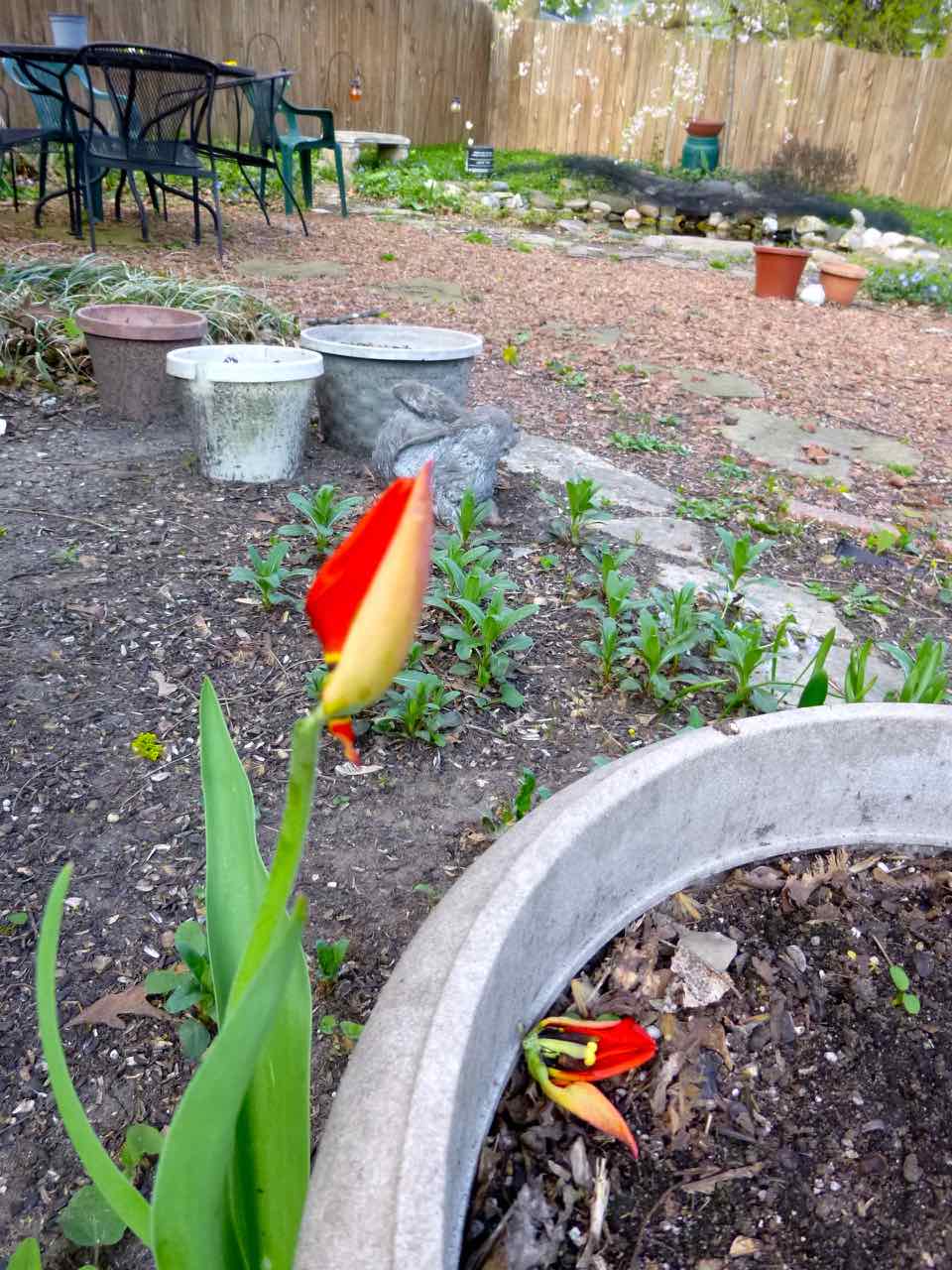 The back of the side garden, and our patio, and in the distance the goldfish pond. The goldfish were fully loaded up in it by now. 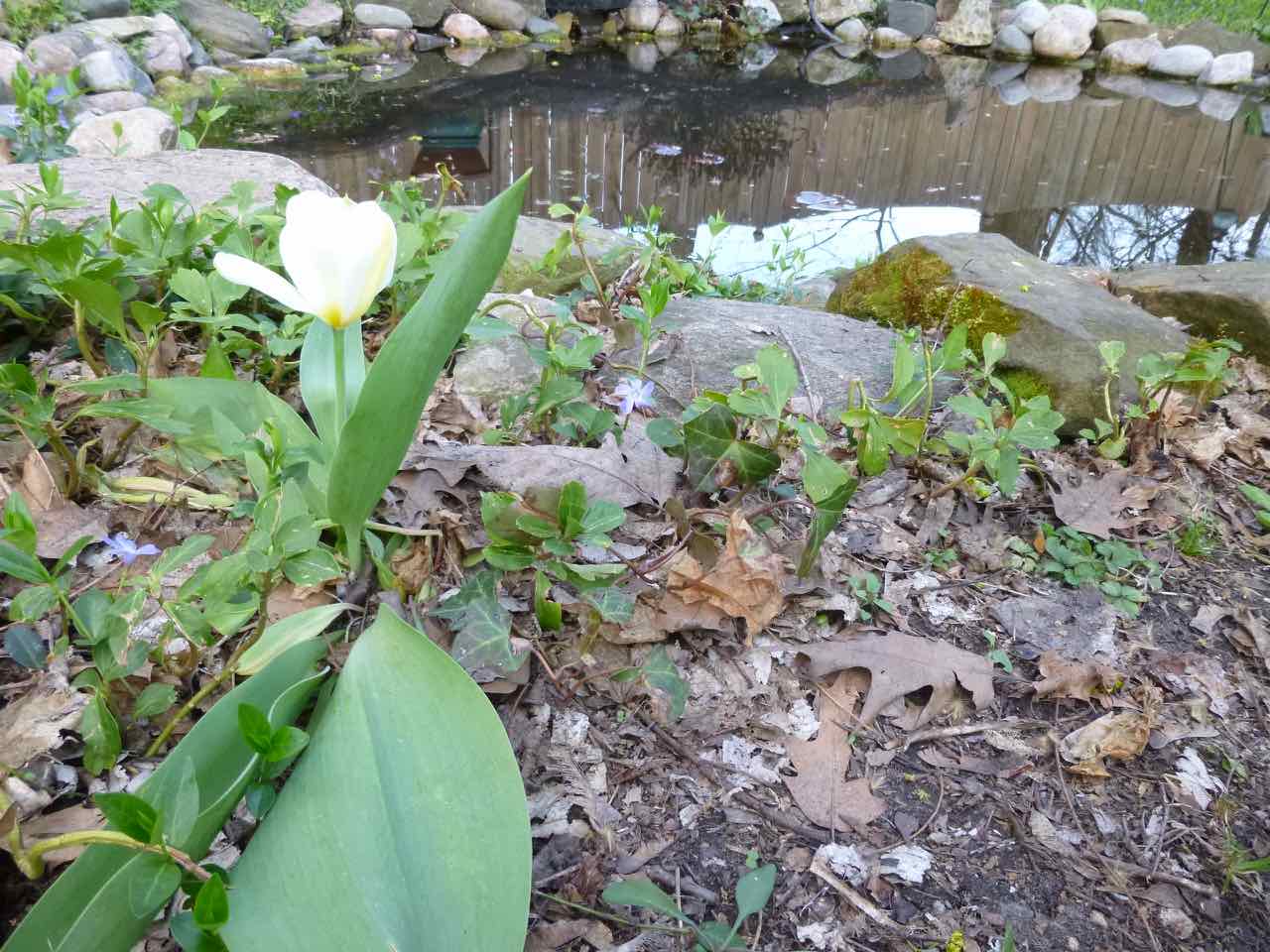 Closer view of the goldfish pond and the flowers around it. 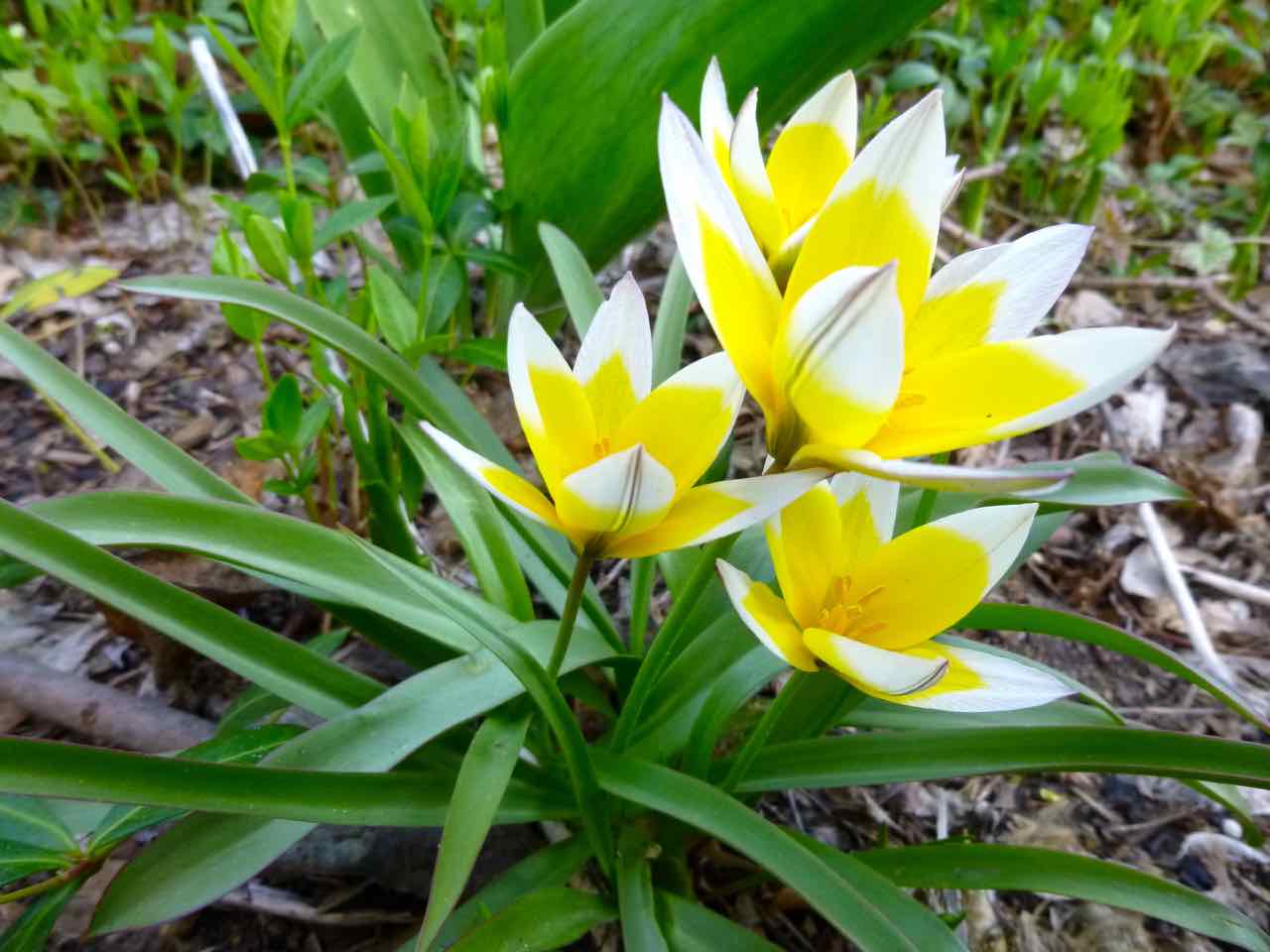 And these flowers were off behind the garage, I think. Also very, very yellow. The camera gets close to the true color without quite touching it.

Trivia: The 1979 coup d'édtat by which the New Jewel Movement overthrew the government of Grenada happened while Prime Minister Eric Gairy was in New York City attempting to discuss ``cosmic phenomena'' with United Nations Secretary-General Kurt Waldheim. Source: Overthrow: America's Century of Regime Change from Hawaii to Iraq, Stephen Kinzer. Gairy had been trying to convince the United Nations to investigate UFOs and the Bermuda Triangle.

Currently Reading: The Honourable Company: A History of the English East India Company, John Keay. Hm. Star Trek Expy in which the United Federation of Planets analogue is Earth venturing into the crowded-but-barely-stable interstellar community and playing East India Company. And then we get to Space 1947.

PS: Theorem Thursday: What Is Cramer's Rule? to answer someone's question. I don't tell you how to calculate anything with it, which is for the best.