Thought the Earth is flat, it's not as flat as we feared

From my humor blog the past week:

Could be on your Friends page. You can do that sort of thing by changing a mortal RSS feed into something else readable. Just saying.

And now I get finally to Anthrohio pictures, a day before I actually wrap up the whole trip report! My timing is just barely right. 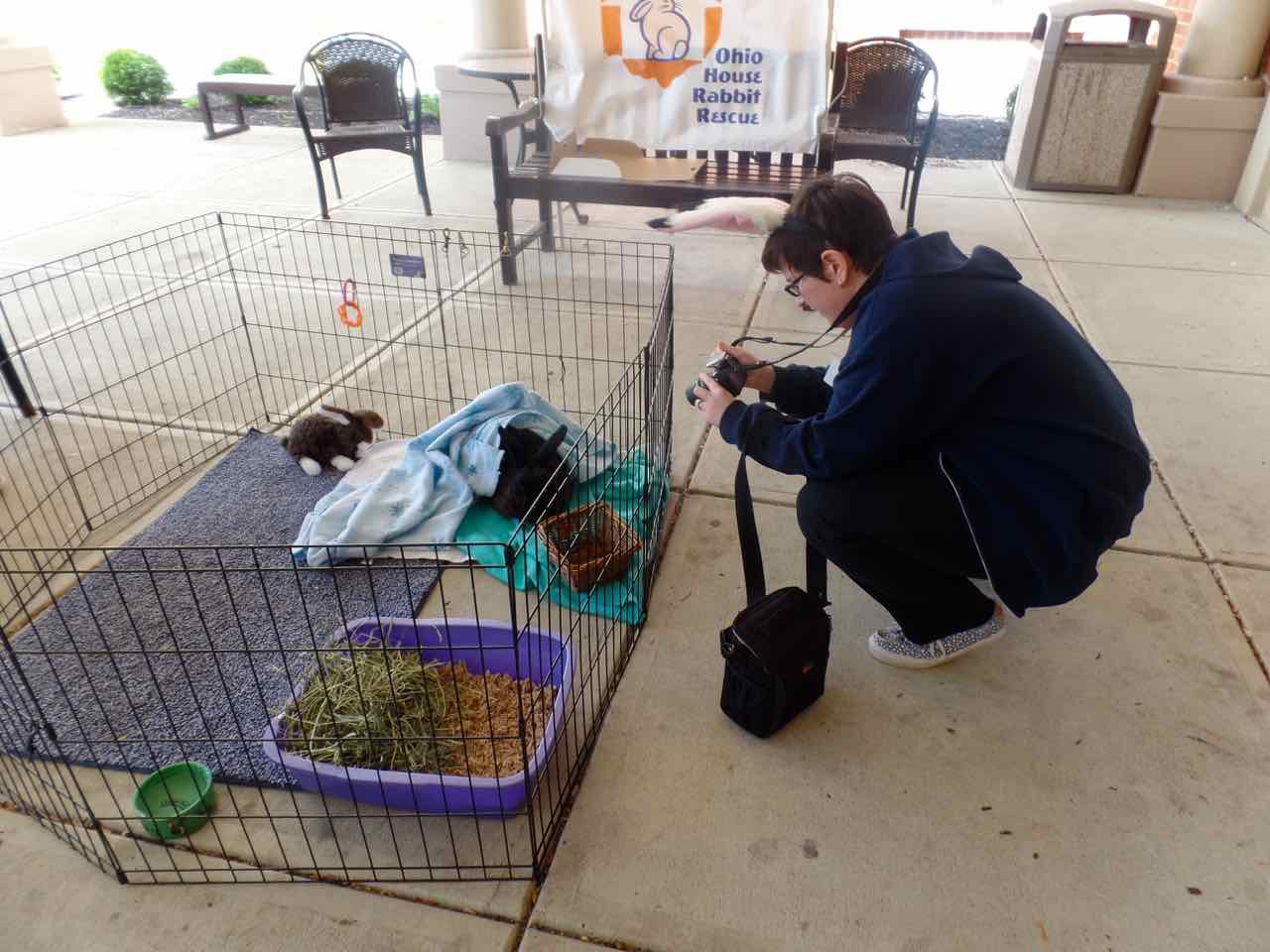 bunny_hugger gets up close with the first couple rabbits brought out by the Ohio House Rabbit Rescue for this year's Anthrohio. This was just as they were setting up, so that things like a cardboard box weren't yet in place. 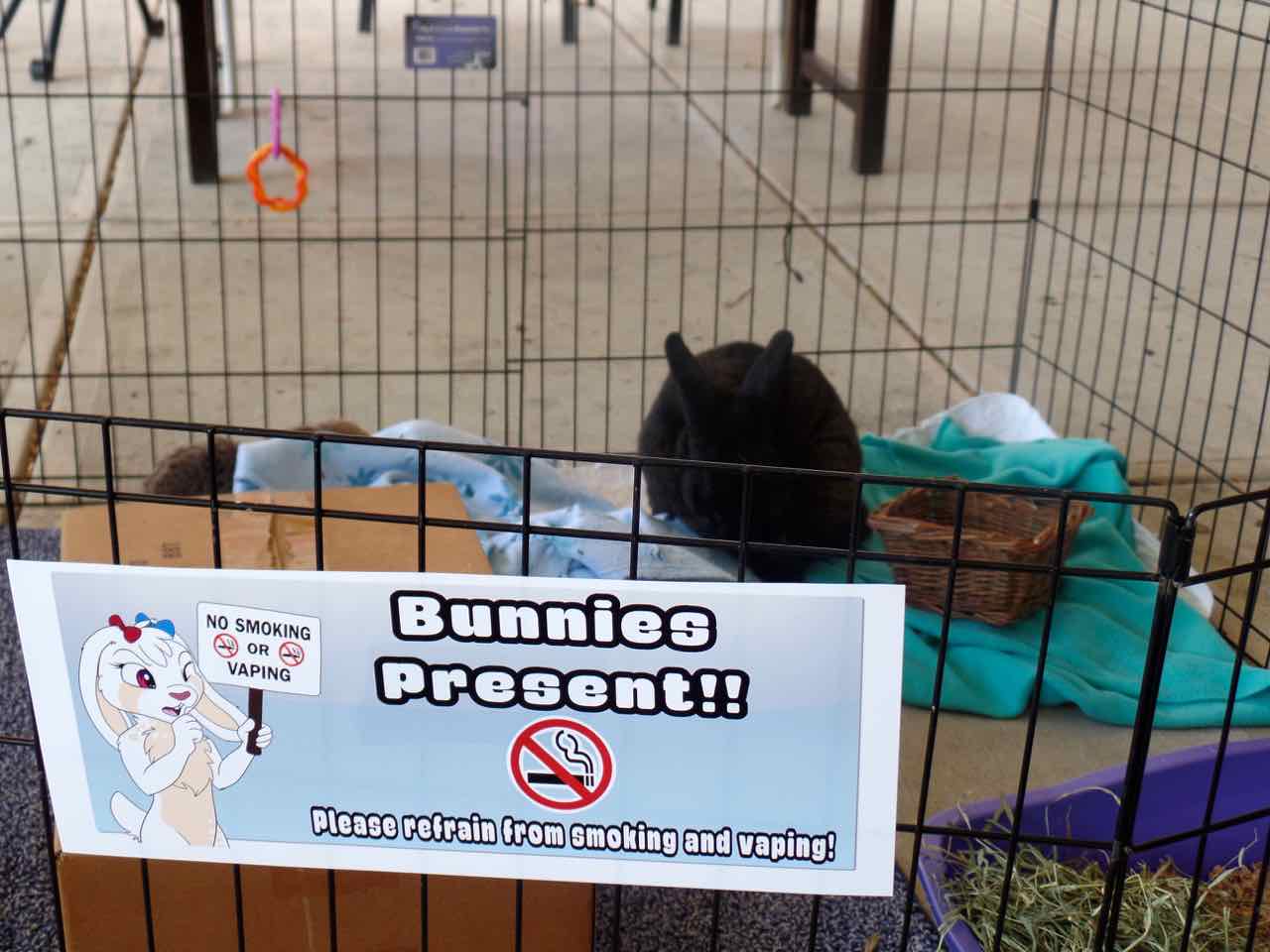 You see the sign. Give the bunnies a present. 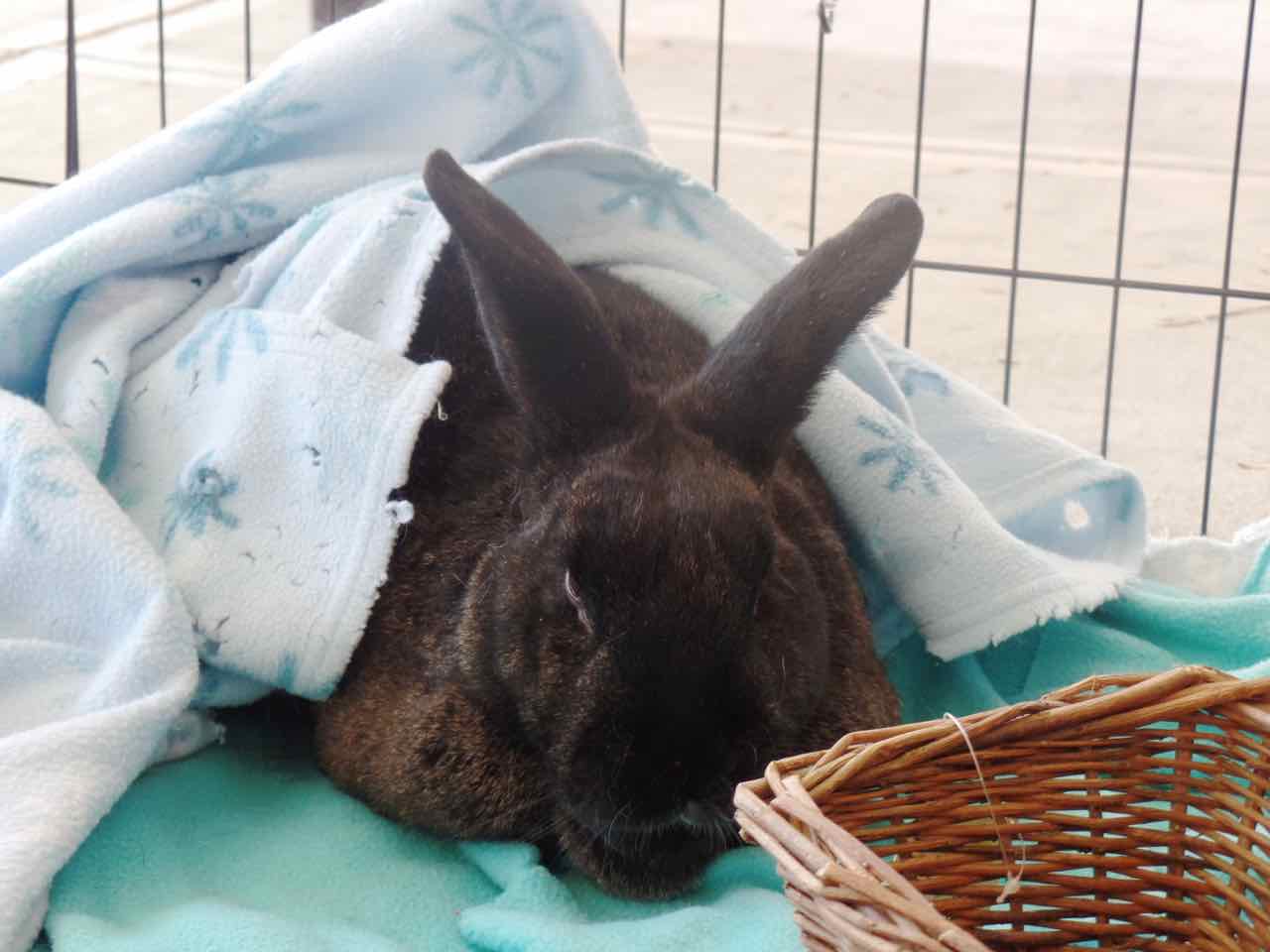 One of the Anthrohio rescue rabbits wishes to express the universal bunny message of ``Nope''. 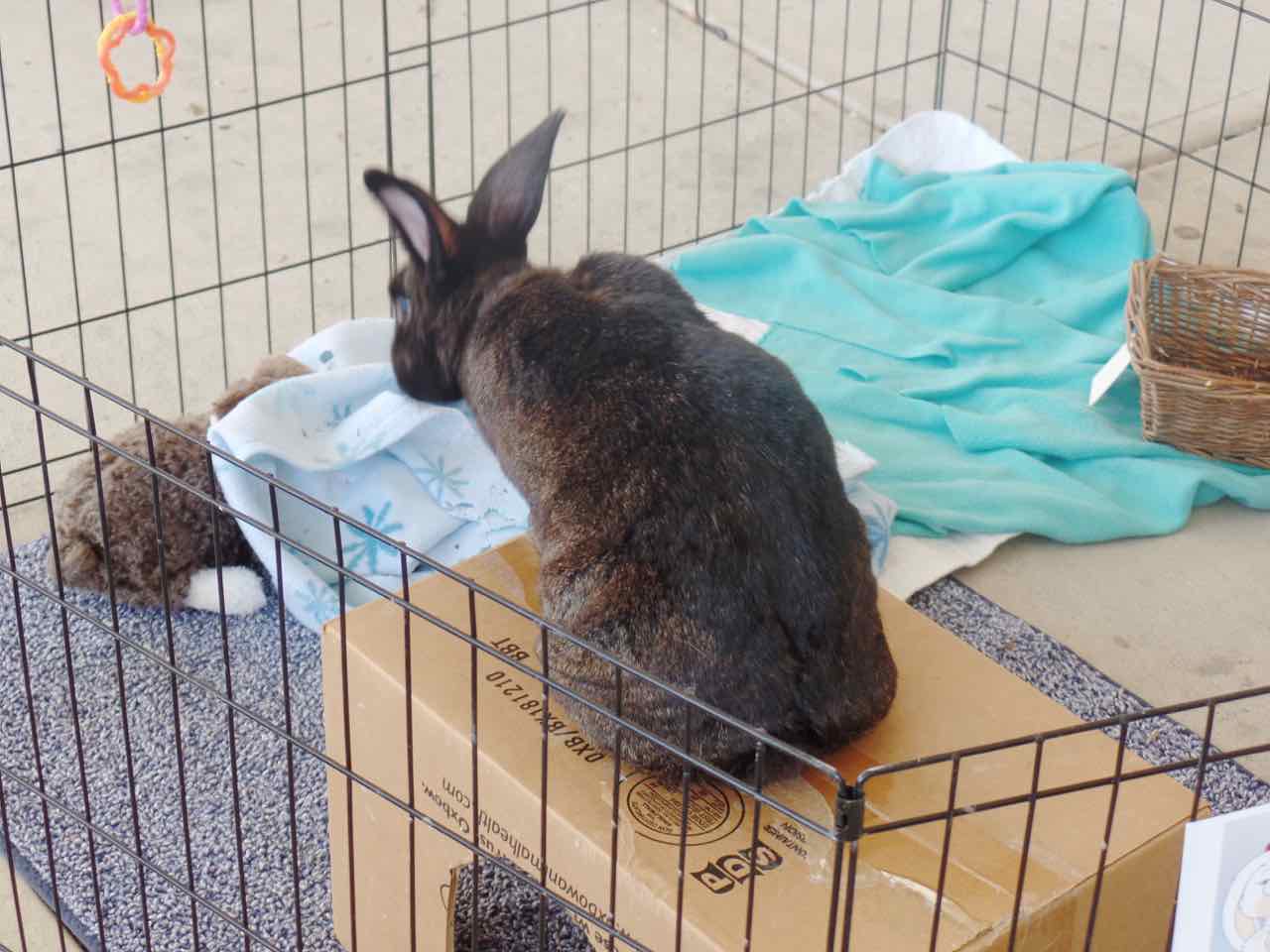 ``Nope'' bunny became much more willing to negotiate with the world once the cardboard box was there. I was terrified that a rabbit would take a leap from the top of the box out of the pen but either none did or the handlers on site were well on top of that. 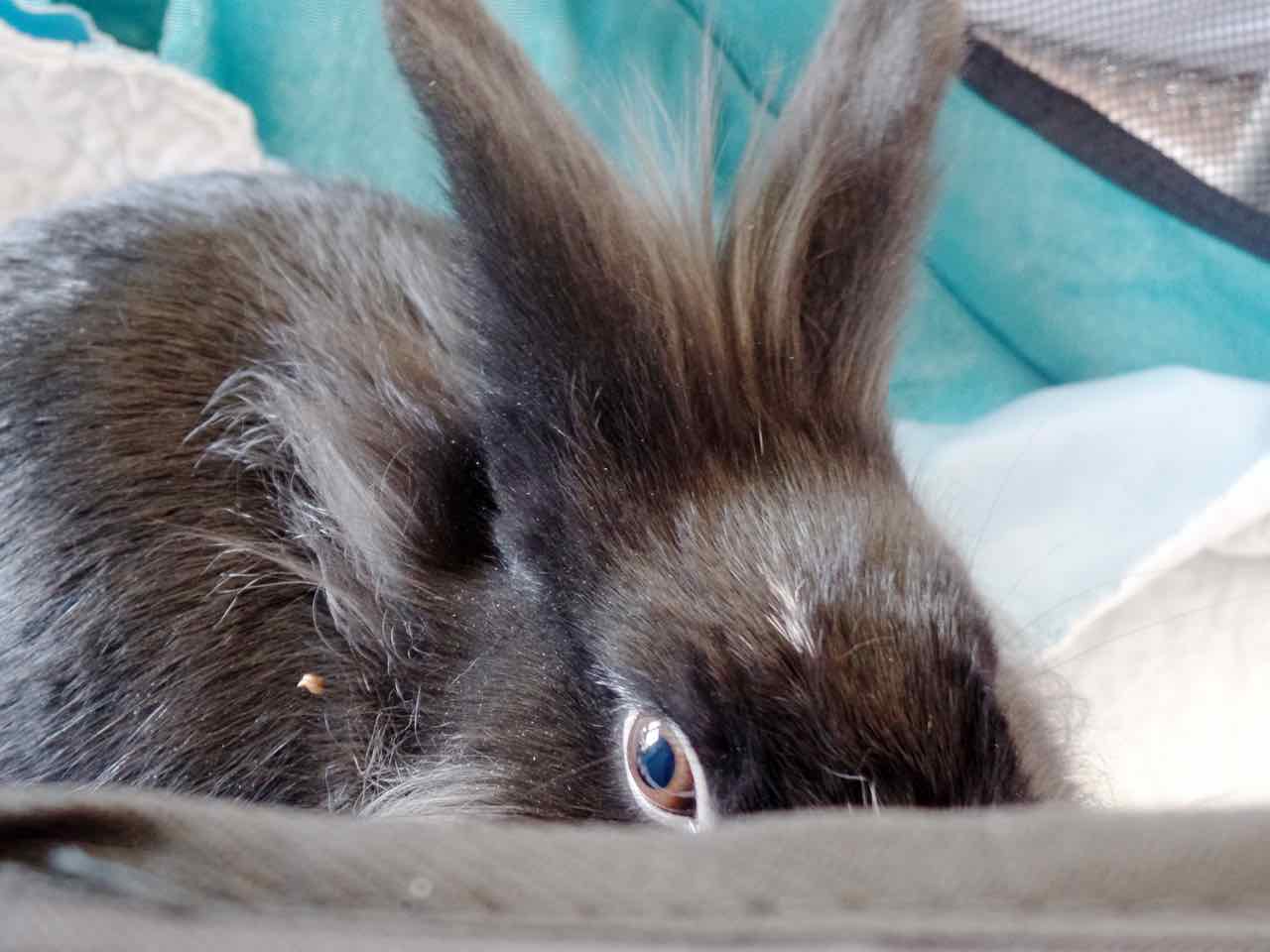 One of the other rescued rabbits was put in a baby carrier while the other was inside the pen. I'm not sure if they took turns on the ground. Anyway, the other one got to peer out suspiciously at stuff.

Trivia: On the 16th of June, 1510, French King Louis XII ordered everyone in all the cities of France to lay pavement before his house and to keep it in good repair. Specifications for the sizes of blocks and for their setting were published. (The order was specifically aimed at Paris.) Source: Engineering in History, Richard Shelton Kirby, Sidney Withington, Arthur Burr Darling, Frederick Gridley Kilgour.

PS: Theorem Thursday: One Mean Value Theorem Of Many, or maybe two that I will ever get around to. We'll see.