Ladies and gentlemen, boys and girls

That's what you saw on your Friends page if you added my mathematics blog there, or saw on your RSS reader. Or you see them now. In any case, now you can go from there to more AnthrOhio Fursuit Parade pictures: 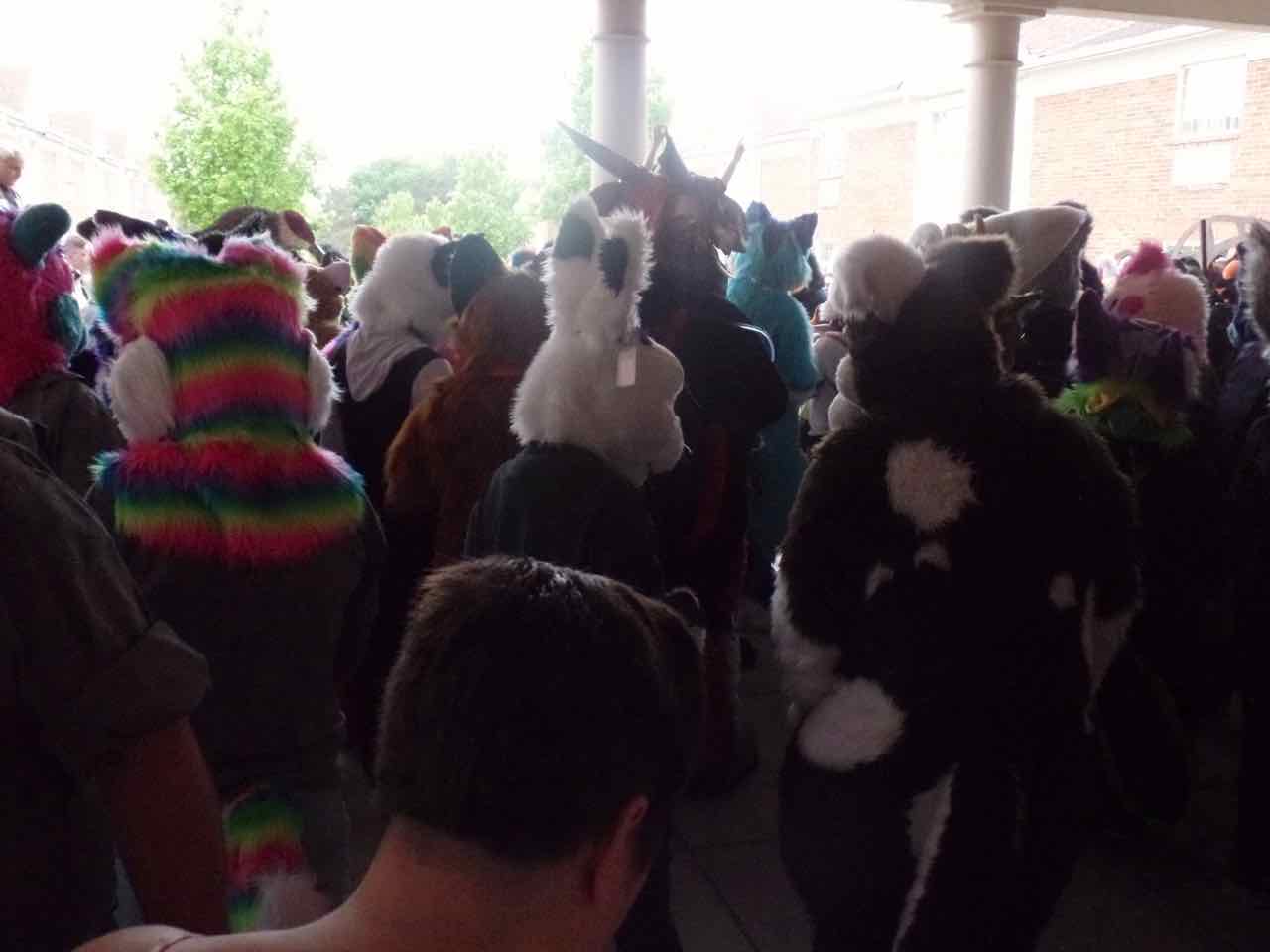 Fursuit Parade gathering on the patio outside, where nobody's likely to get drizzled on. Also possibly the best shot I could hope to get of

bunny_hugger in the midst of the crowd. 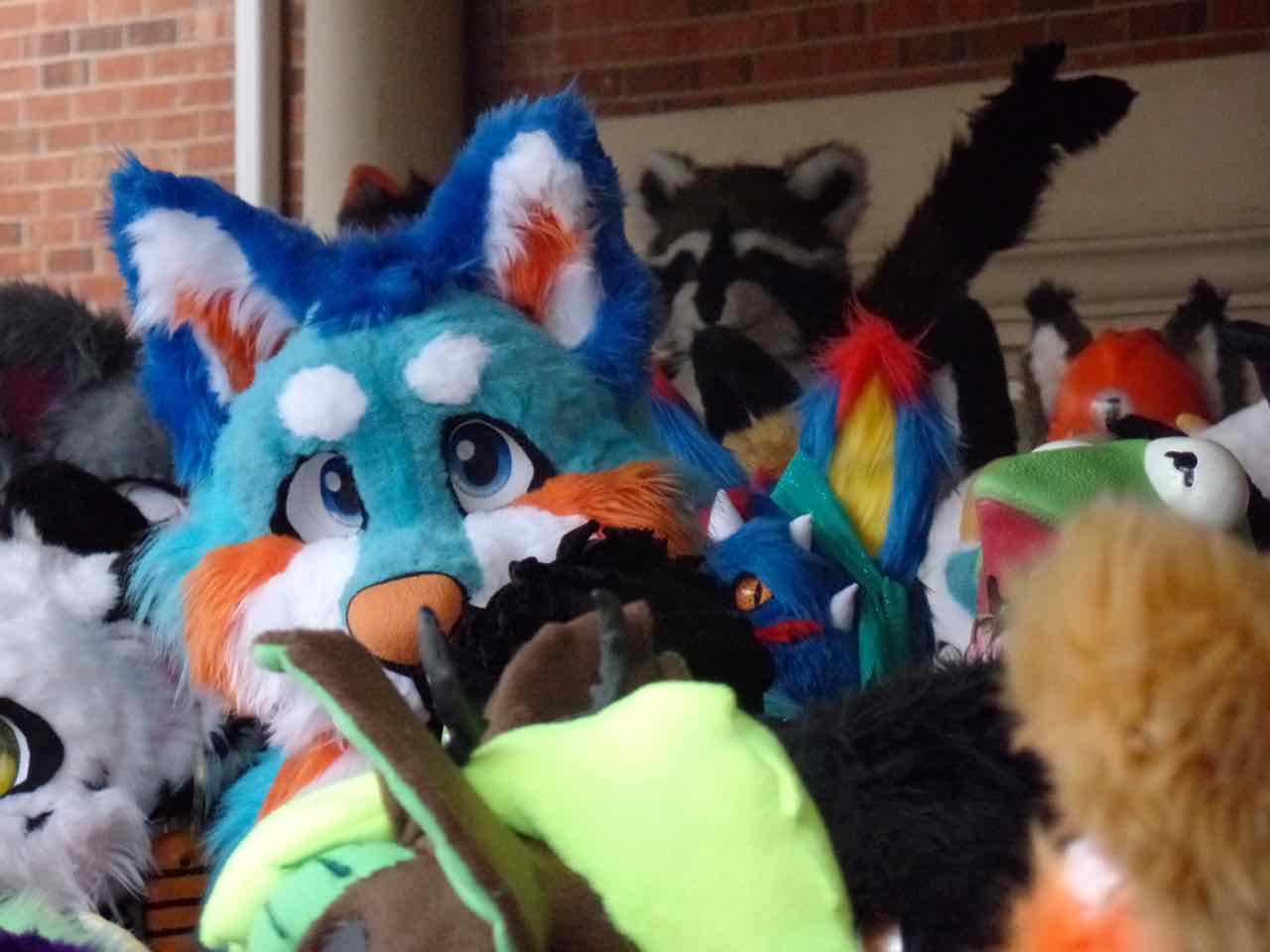 Just a mass of people gathered around the Fursuit Parade group photo. Yeah, raccoon in the background. 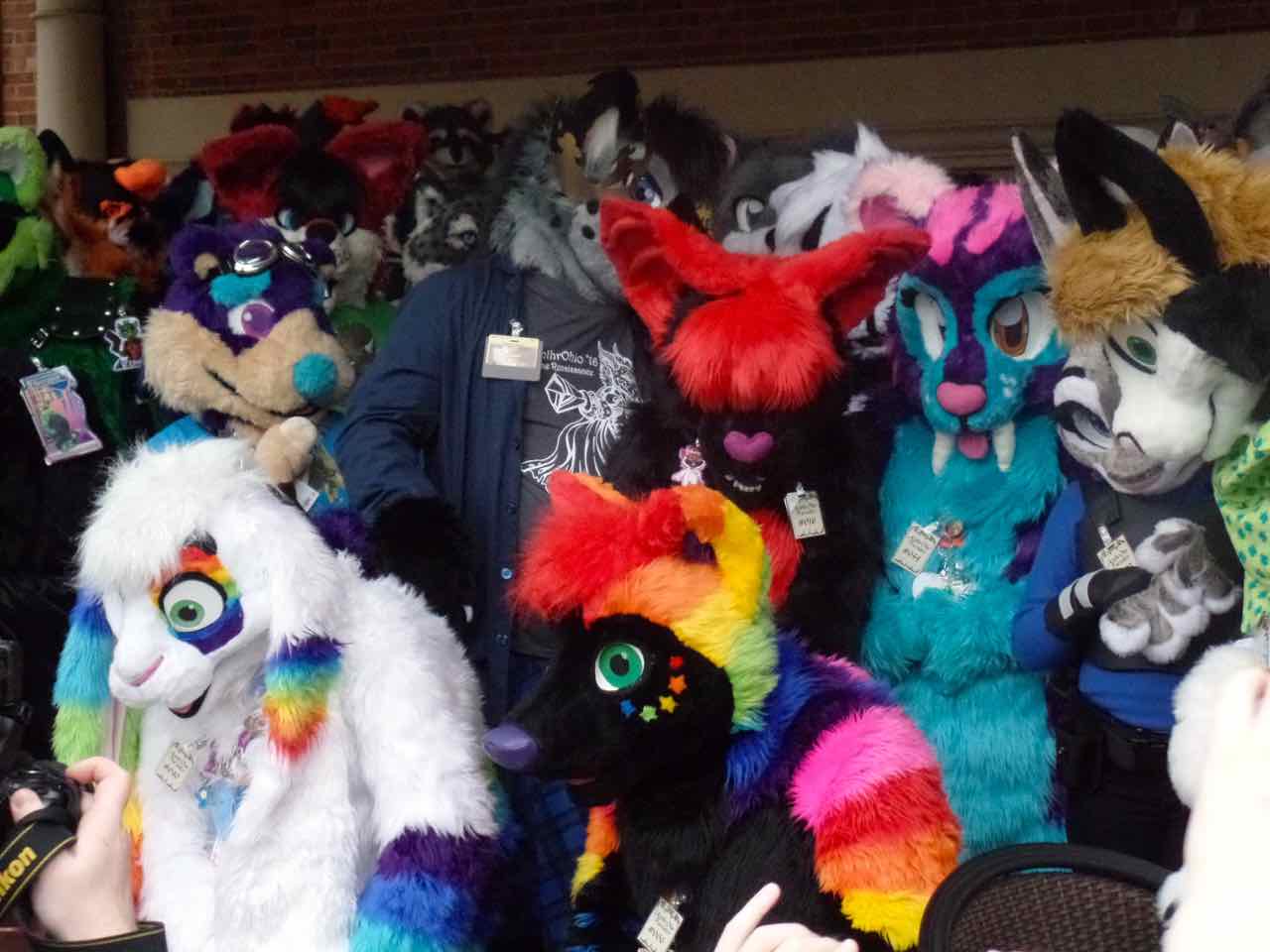 And a slightly less crowded picture of the crowd for the group photo. Is anyone normal-colored anymore? 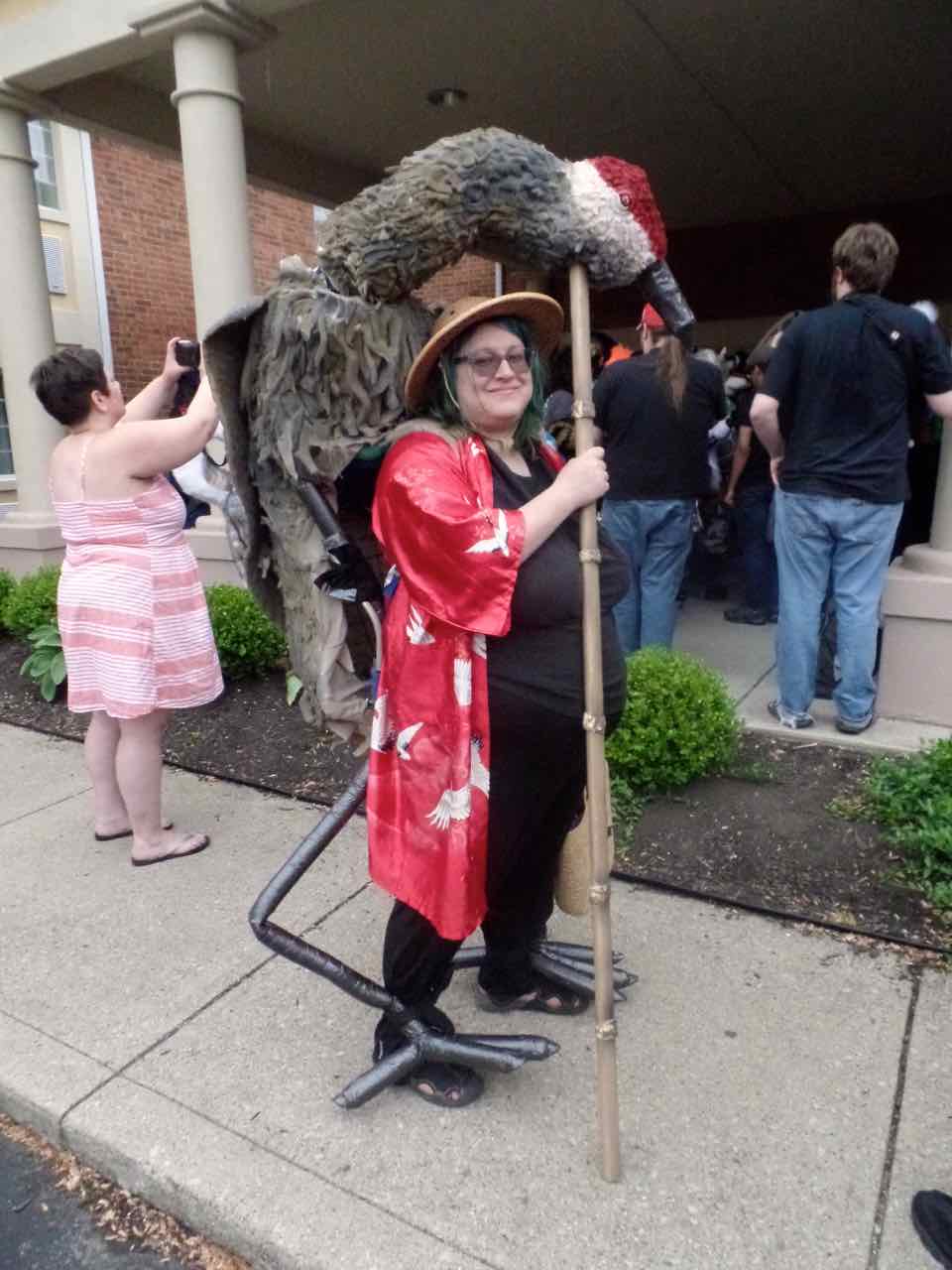 The famous crane fursuiter! You can see how this could be something that's body-supporting and yet also allow the suiter to completely disappear within it. 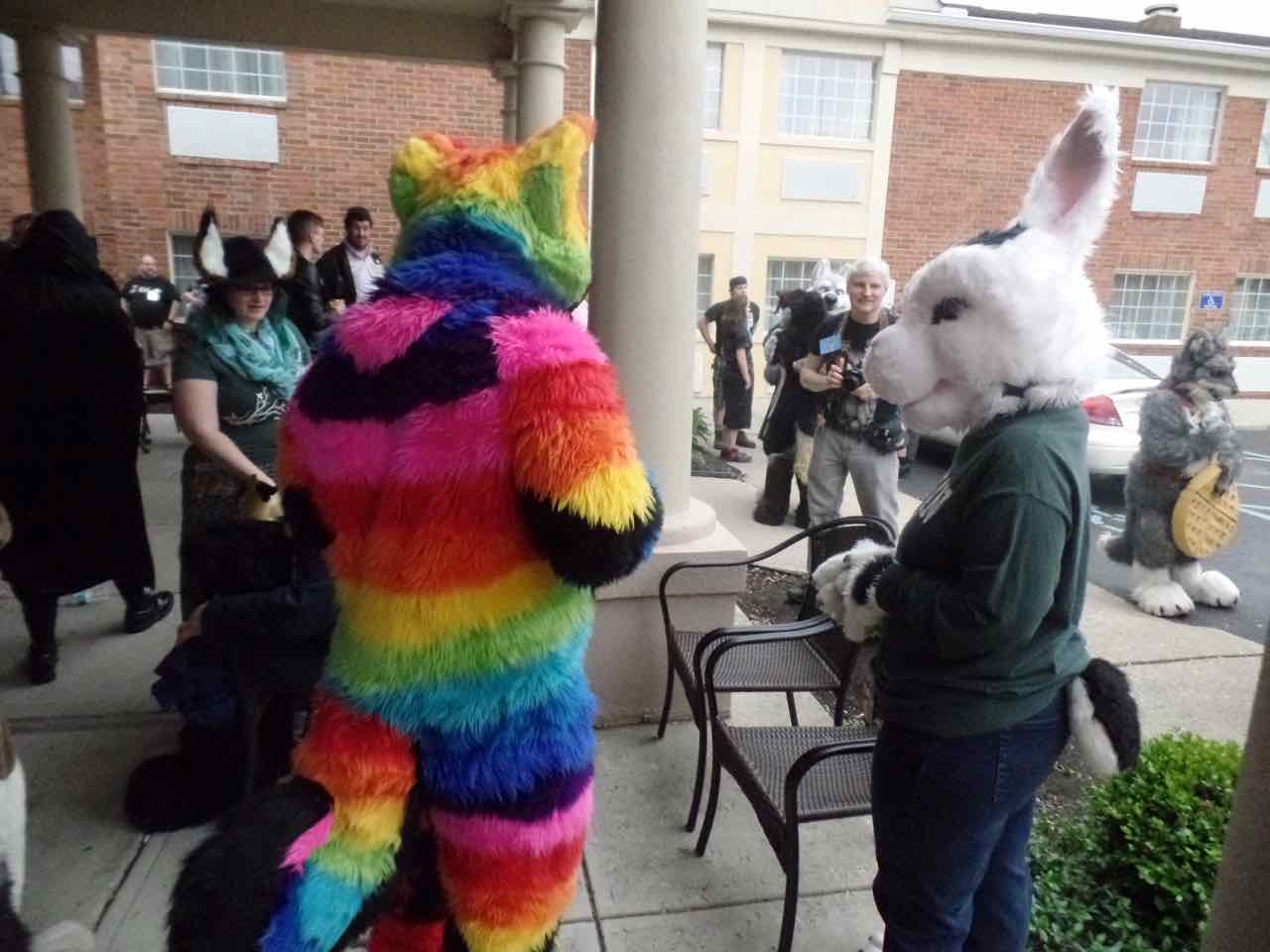 bunny_hugger is totally not rubbing her paws while scheming against the people who haven't left the group photo yet.

Trivia: The first definite appearance in the historical record of a maritime chart dates to the 2nd of July, 1270, when King Louis IX of France's expedition for the Eighth Crusade got lost at sea in heavy weather, and the crew provided a map showing they were not far from Cagliari, a town on the coast of Sardinia. Source: The Fourth Part Of The World: The Race to the Ends of the Earth, and the Epic Story of the Map That Gave America Its Name, Toby Lester.

Currently Reading: He-Man And The Masters Of The Universe: Minicomic Collection, Editor ... um, I can't tell. There's like thirteen people on the credits page and it isn't obvious any of them are in charge. Publisher Mike Richardson, does that help any?