Welcome to the Renaissance

Humor blog: on your friends page. Or maybe in your RSS feed. Or just here. Here: 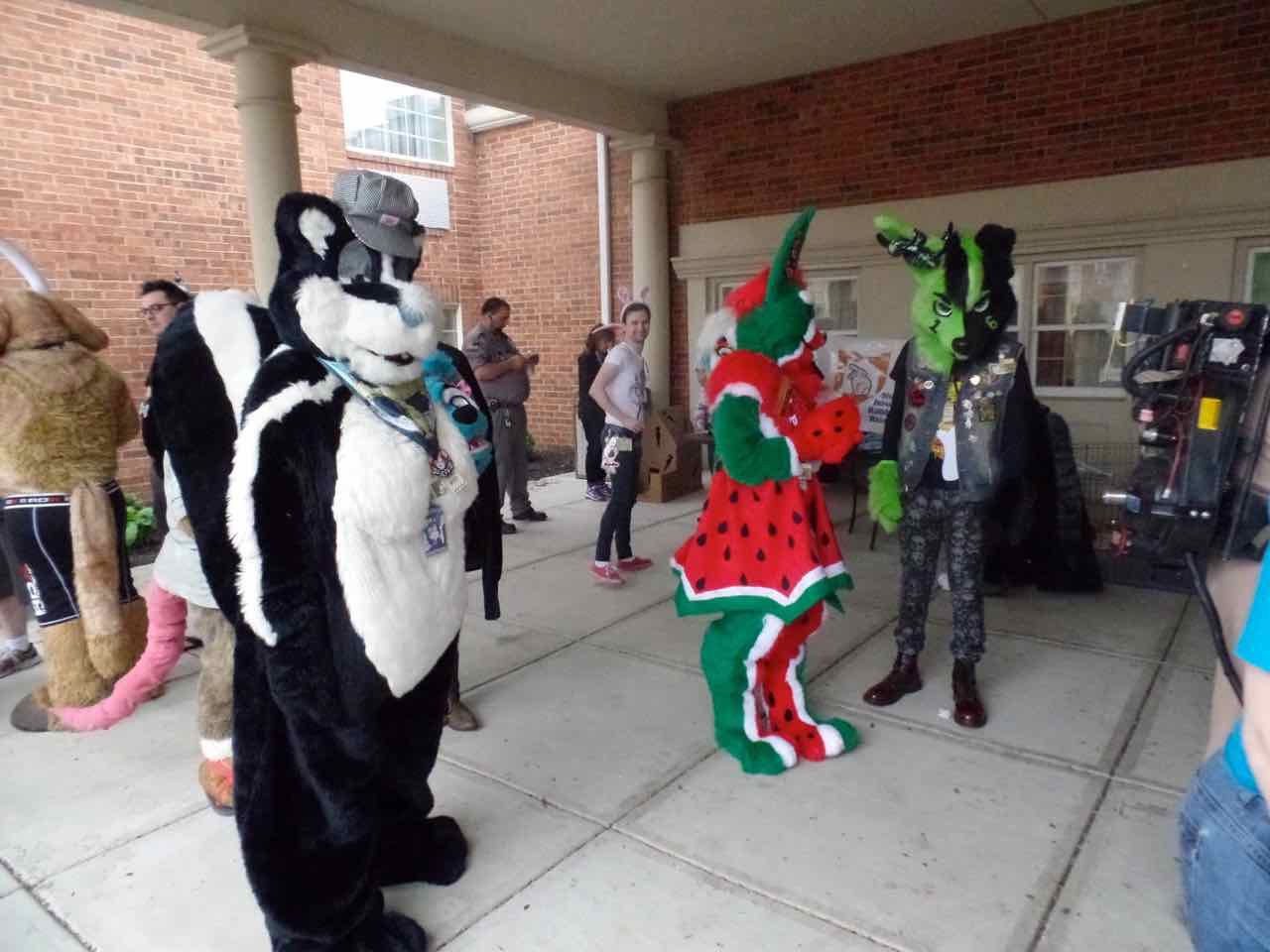 Aftermath of the Fursuit Parade. Train-engineer skunk that I suppose isn't Toledo or he'd have said something. Watermelon fruit bat. Couple of other folks. The usual gang. 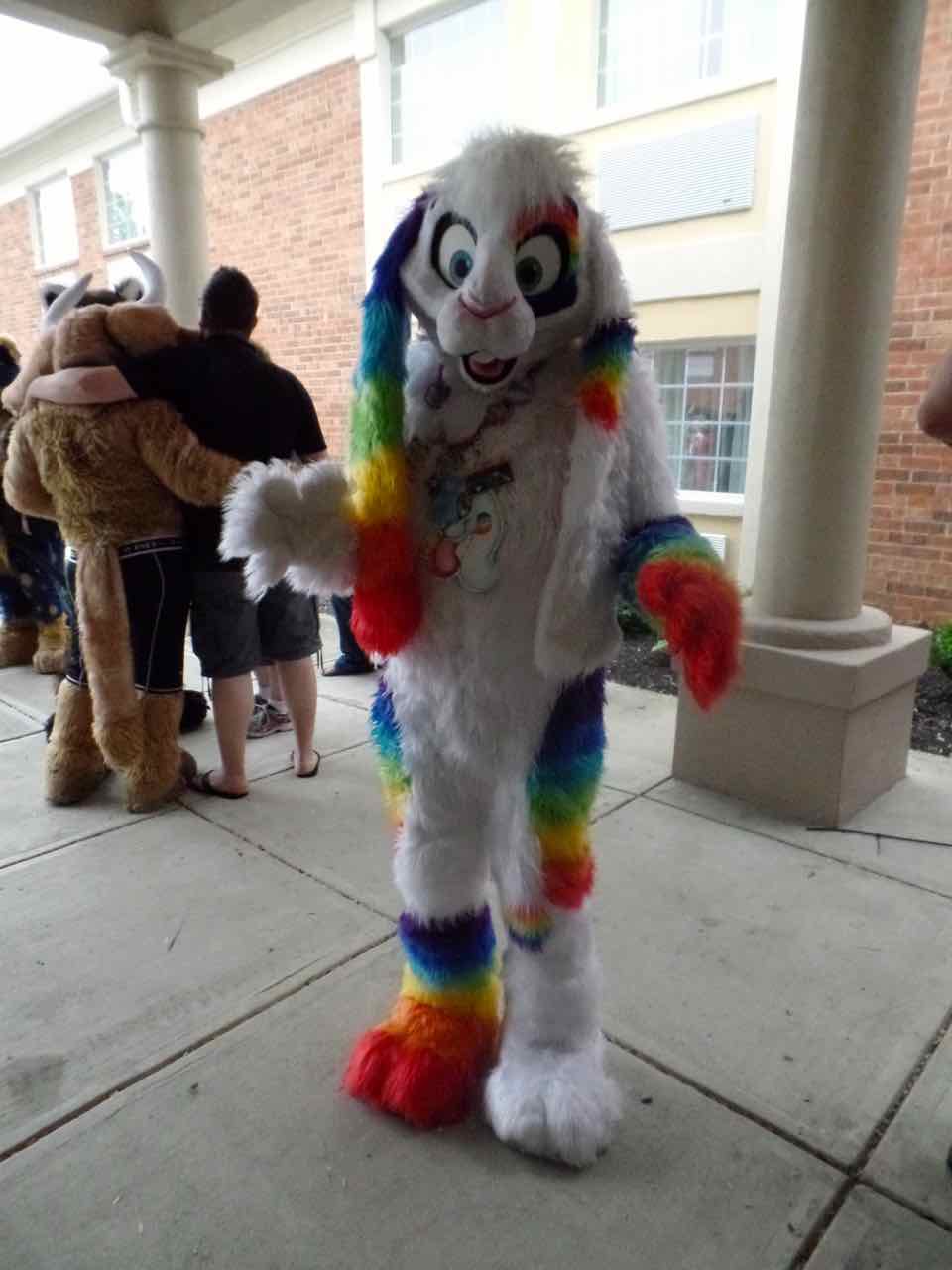 Rainbow bunny who's noticed me taking photographs and, honestly, posed for a better picture than my candid was. This happens. 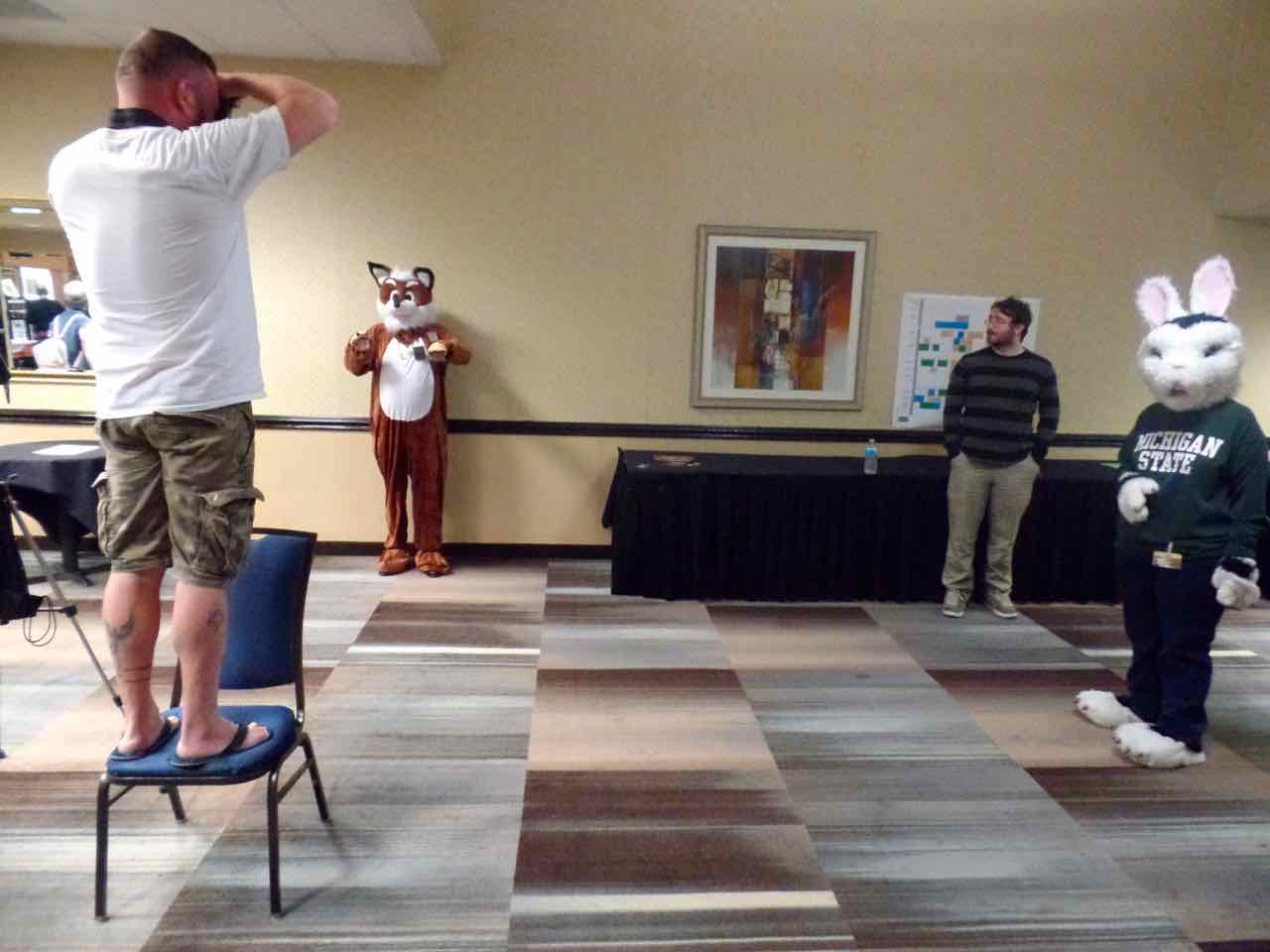 After the parade fursuiters were encouraged to line up for proper respectable portraits that I think went up on their web site, or were maybe supposed to. Here,

bunny_hugger waits unsurely for her moment. 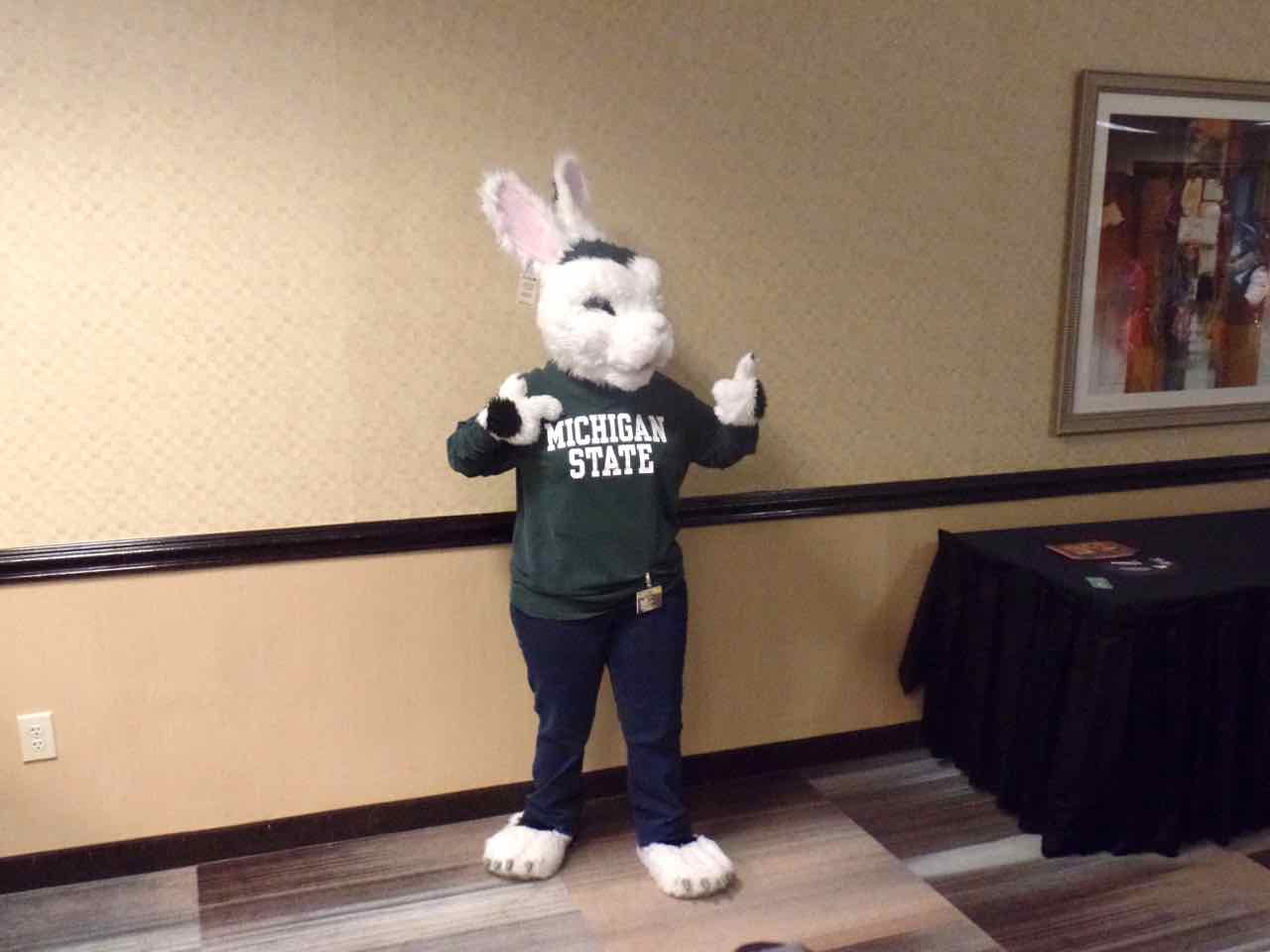 bunny_hugger reassuring the real photographer that she's satisfied with how the photograph came out, incidentally giving us a pretty good photograph as it is. 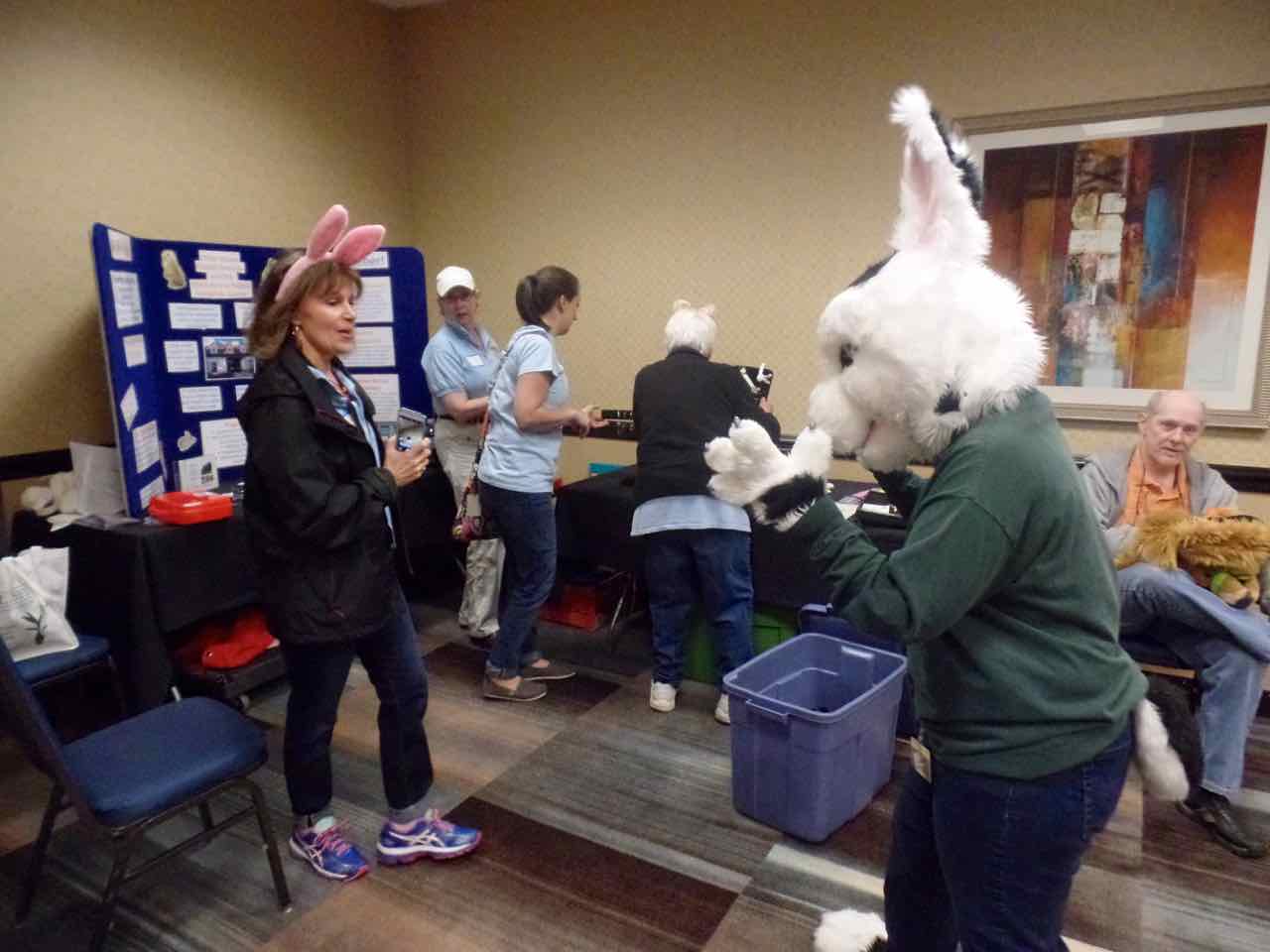 bunny_hugger charms the merch table for the Ohio Rabbit Rescue Society folks. The indoor stand couldn't have any actual rabbits there; on the patio, where the parade aftermath photos were taken, they were already setting up with some more bunnies.

PS: Theorem Thursday: Liouville's Approximation Theorem And How To Make Your Own Transcendental Number, a bit of mathematics that'll let you invent something neat.