We can see the moon

Mathematics blogging: it's on your Friends page. Or it's in your RSS feed. Or it's here. Run the past week:

After the AnthrOhio rehearsal what was there to do but see the show? Here's some of that. 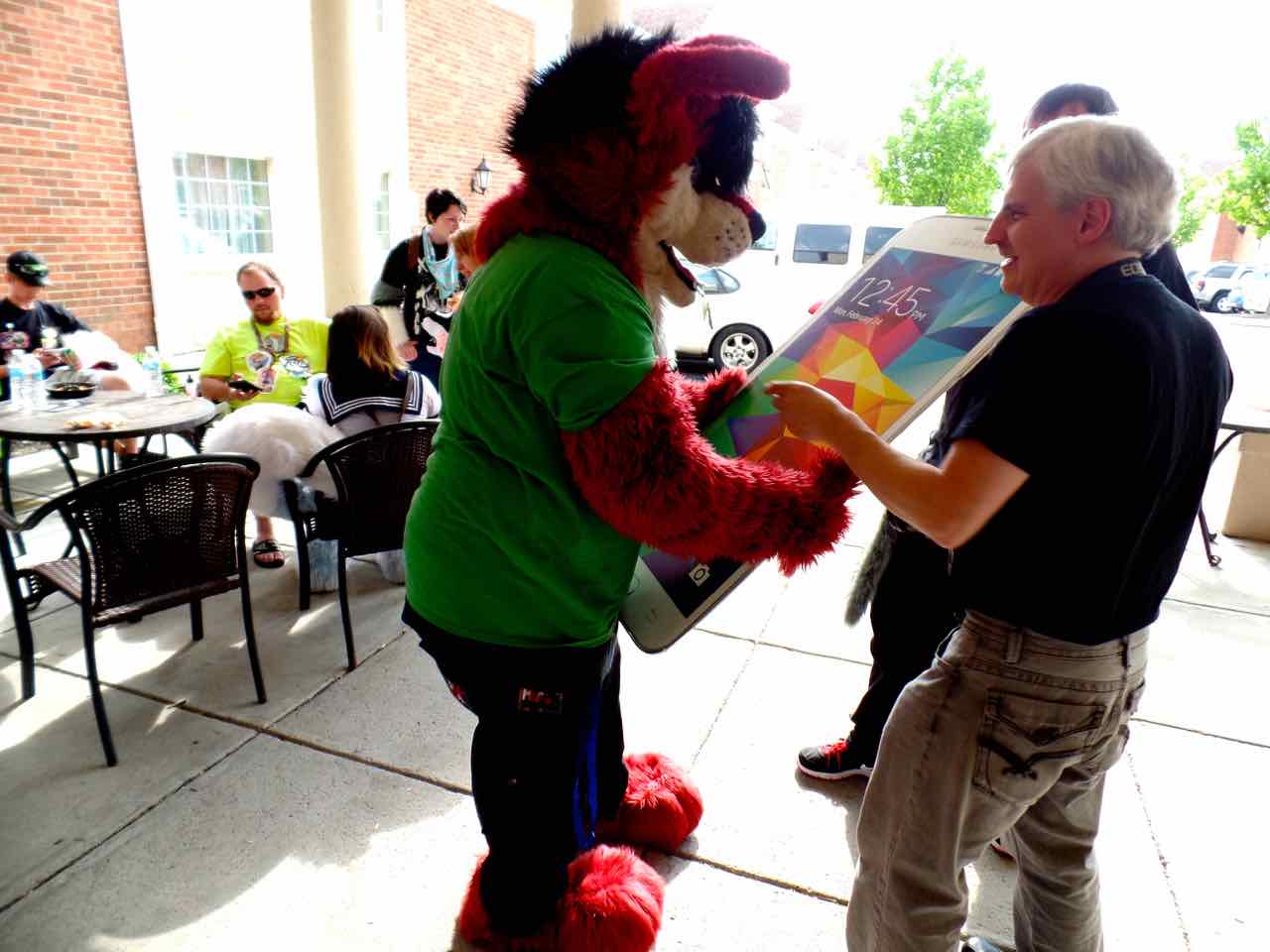 Someone fursuiting as a minifox, which you can do if you have the right cell phone props. 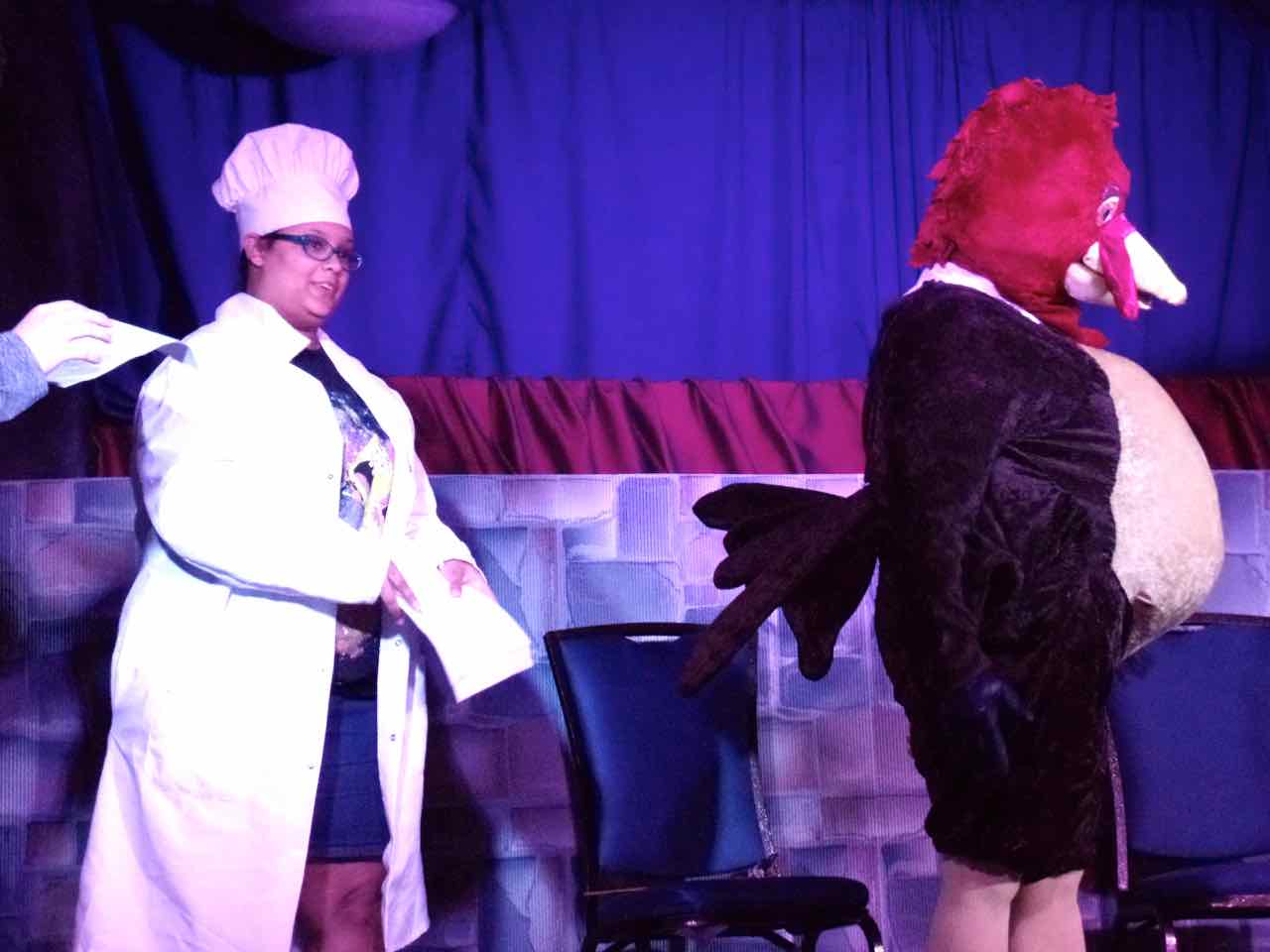 From Anthrohio Live: performers not perfectly sure what they're doing. I don't believe she's being handed script pages there. 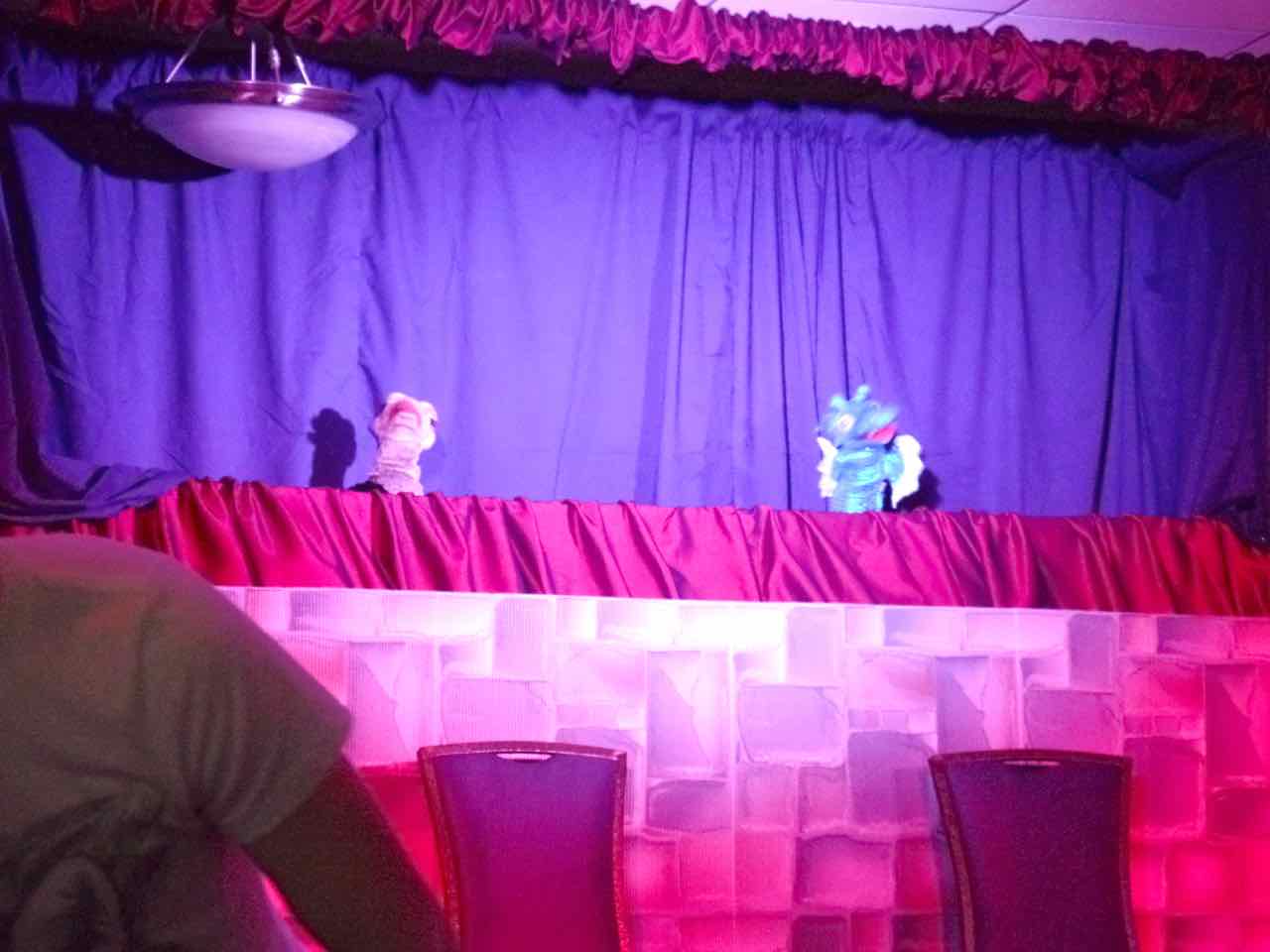 Puppets! Can you identify which one is

bunny_hugger and which one is the other person who was promoted to puppeteer on the basis of having a hand? 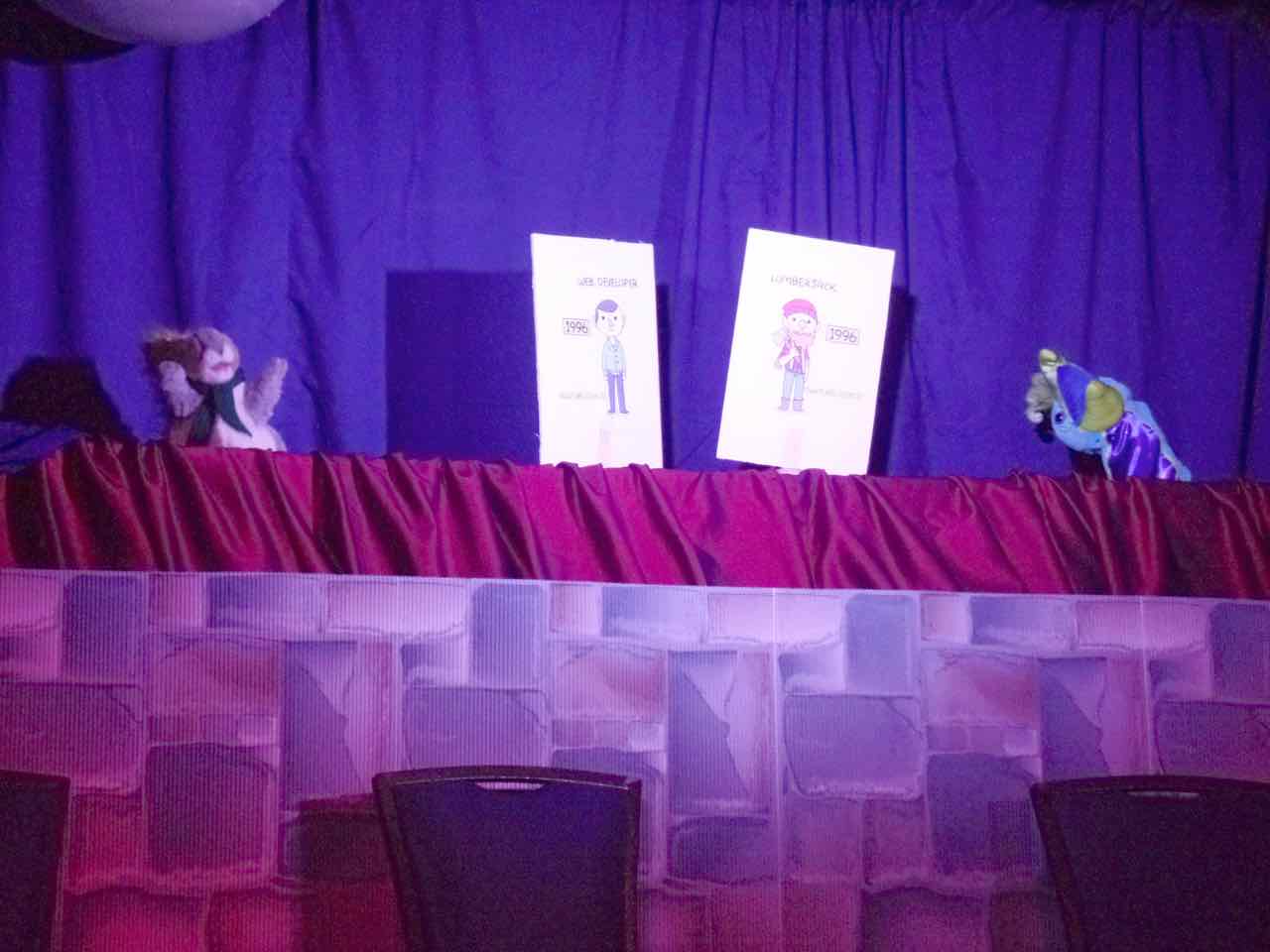 From the rousing final song, a song about shapeshifters that I'm going to go ahead and suppose was Jonathan Coulton because it seems like it would be. Chitter's the squirrel on the left. 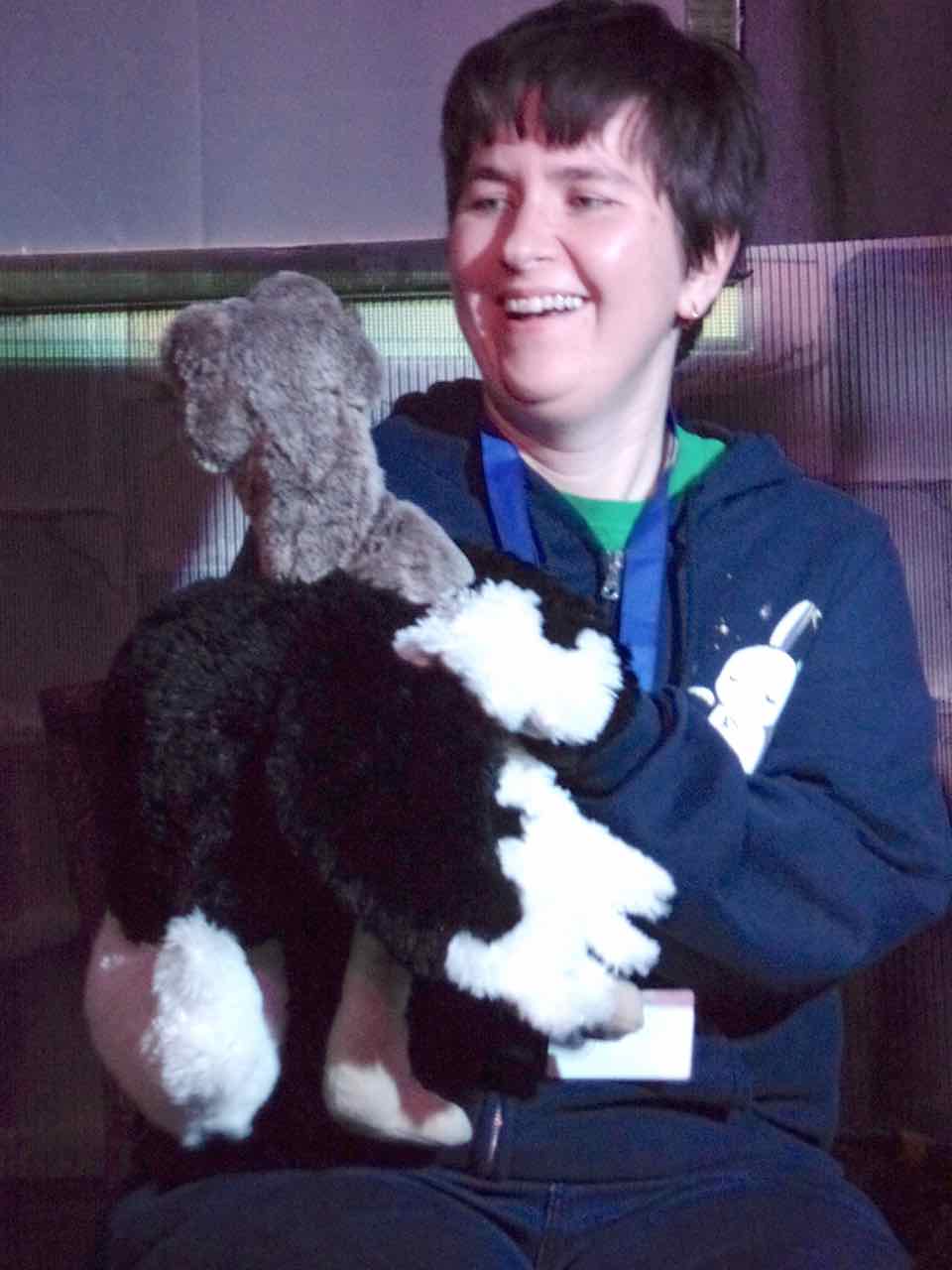 bunny_hugger caught in the cast thanks, after the show, and in what might be her best candid since our wedding.

Trivia: The 19,000 acres of land near Ogdensbug, New Jersey, which Thomas Edison owned or leased, had --- he estimated --- over two hundred million tons of low-grade iron ore, enough for the United States's needs for seventy years, if his electric extraction technology could be made to work. (It couldn't.) Source: Edison: A Biography, Matthew Josephson.