The freeways and electric cars

All this and earlier-written stuff on my humor blog, or on its RSS feed, near you. And now on to pictures from AnthrOhio Sunday, which will be fewer and more about the sadness of things ending: 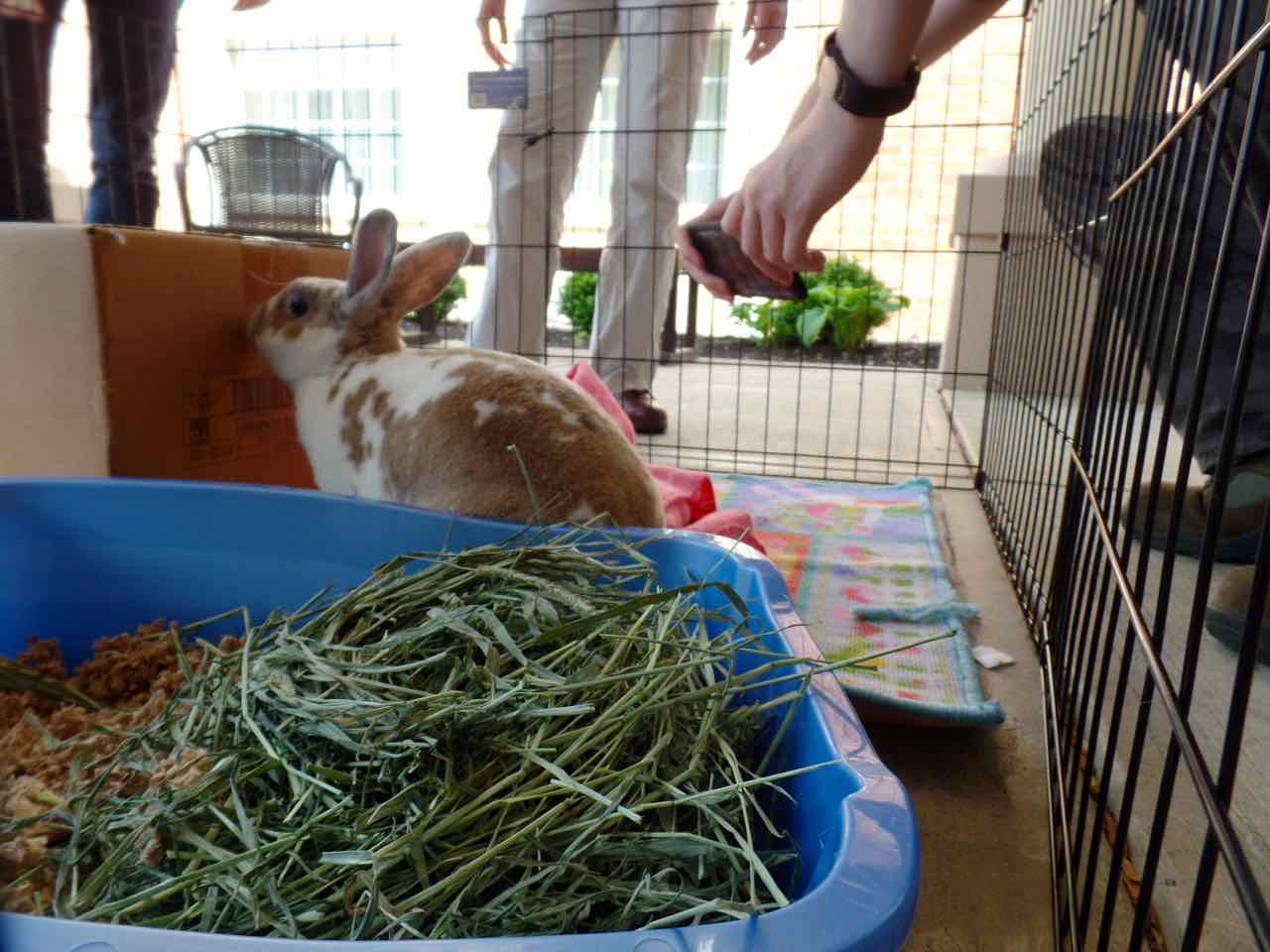 Sunday at AnthrOhio and the last of the rabbits we'd see from the Ohio Rabbit Rescue Society. We had to go inside after this to attend the Rabbits SIG, and while we could get a view of the patio where the rabbits were bunnying about it would't be this close a view. 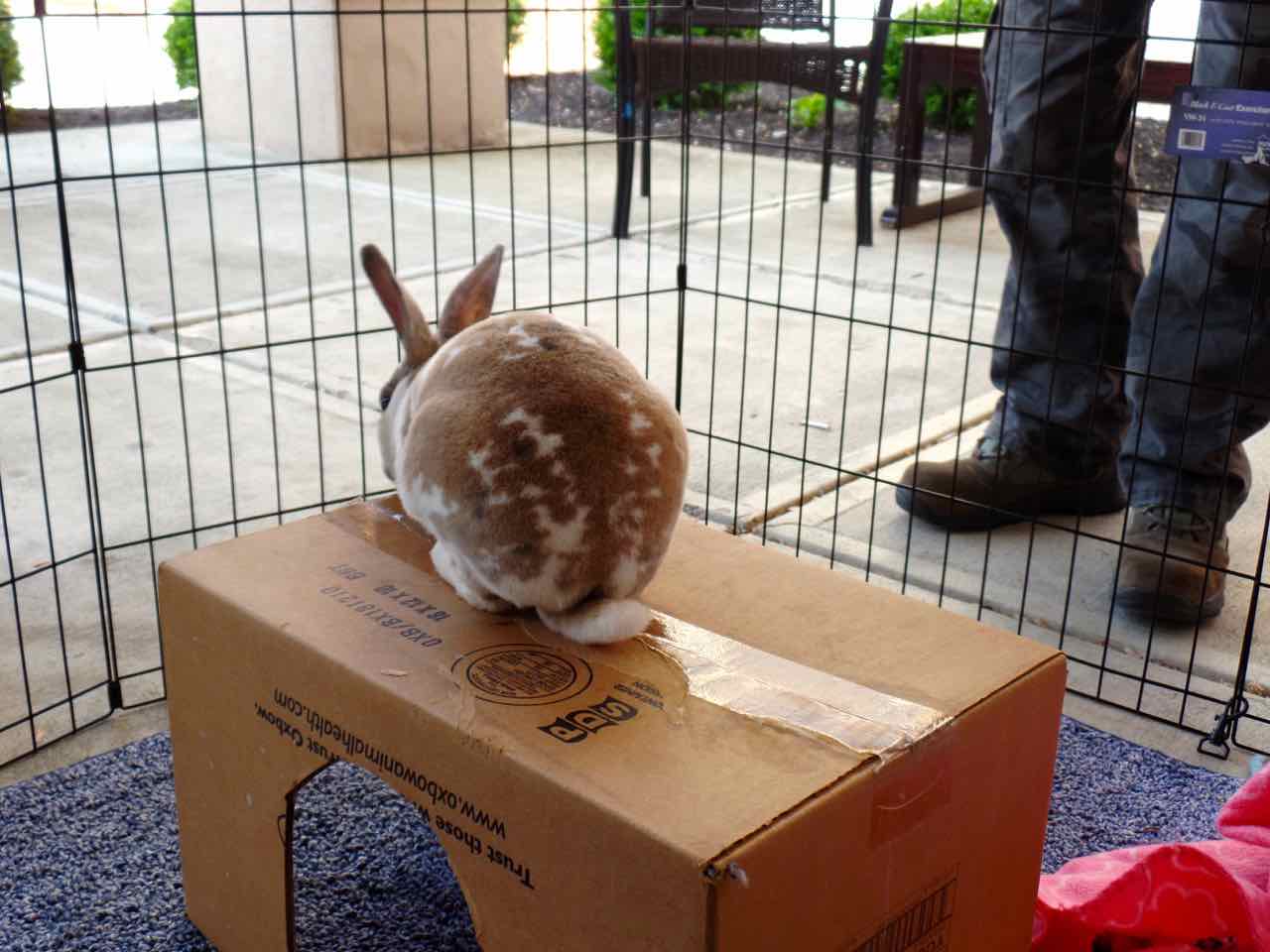 Meanwhile, the rabbit followed the custom of her people and got on top of the box, as if making ready to escape. So far as I know none did. 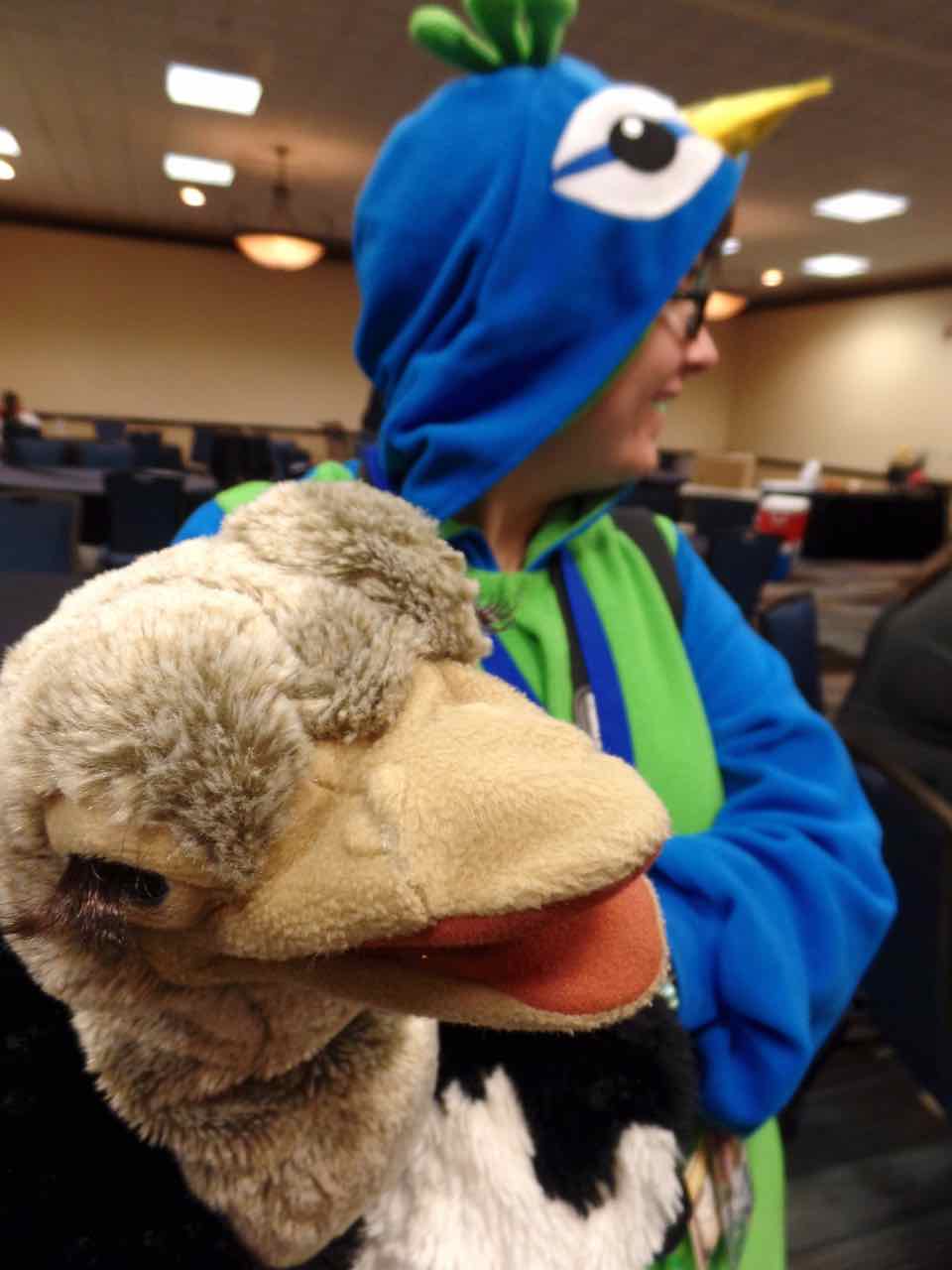 bunny_hugger and her ostrich Agathon hanging around the dwindling crowd and even more rapidly dwindling food supply. I love shots where the two aren't looking anywhere near the same direction. 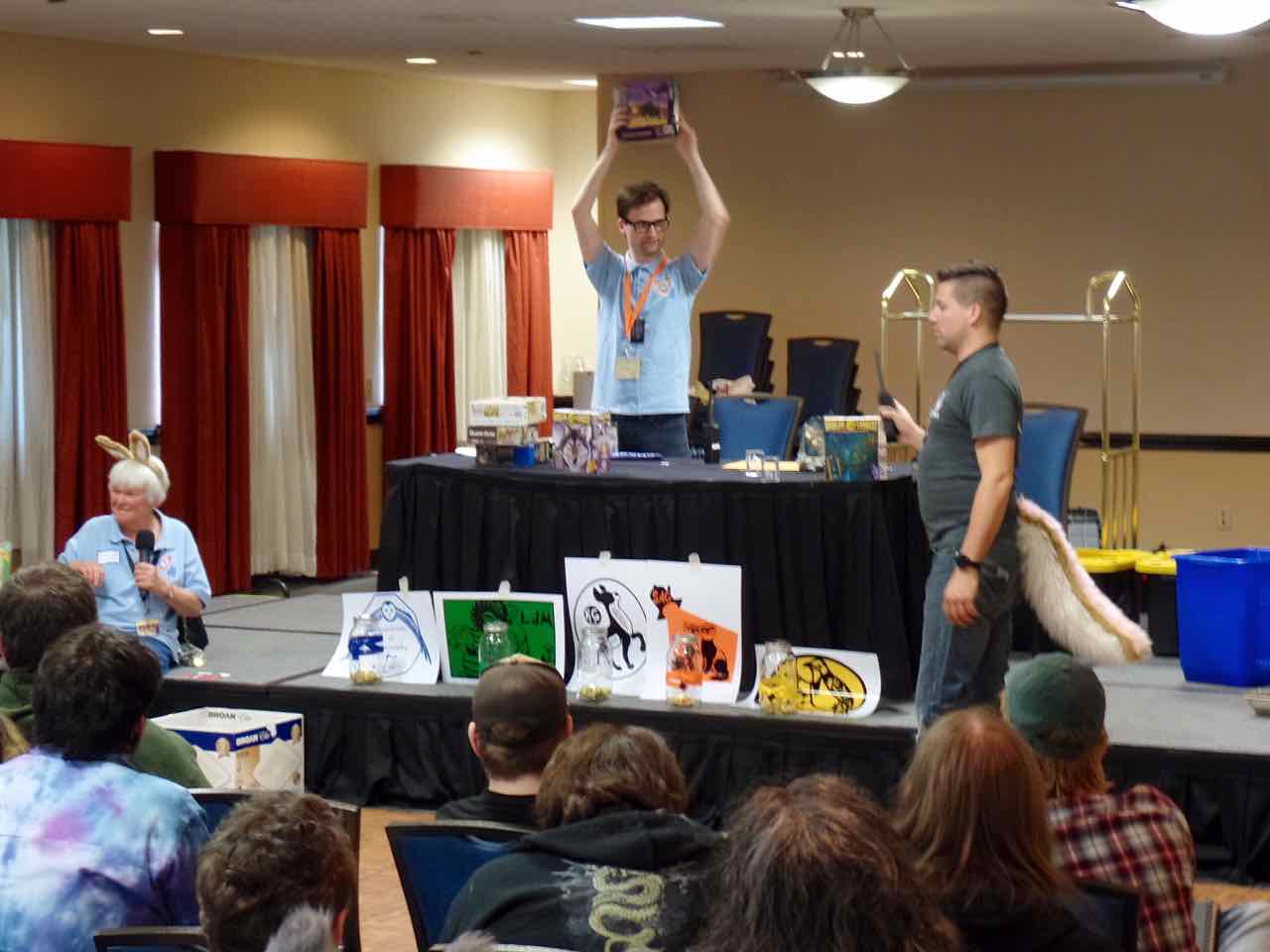 The charity auction on the last day of the convention. I figure the whole auction looked more or less like this, but I didn't actually stick around for it all. The posters in front with the glass jars were where people put the coins they got somehow into the treasure troves for their respective guilds to achieve some goal I didn't quite get straight. 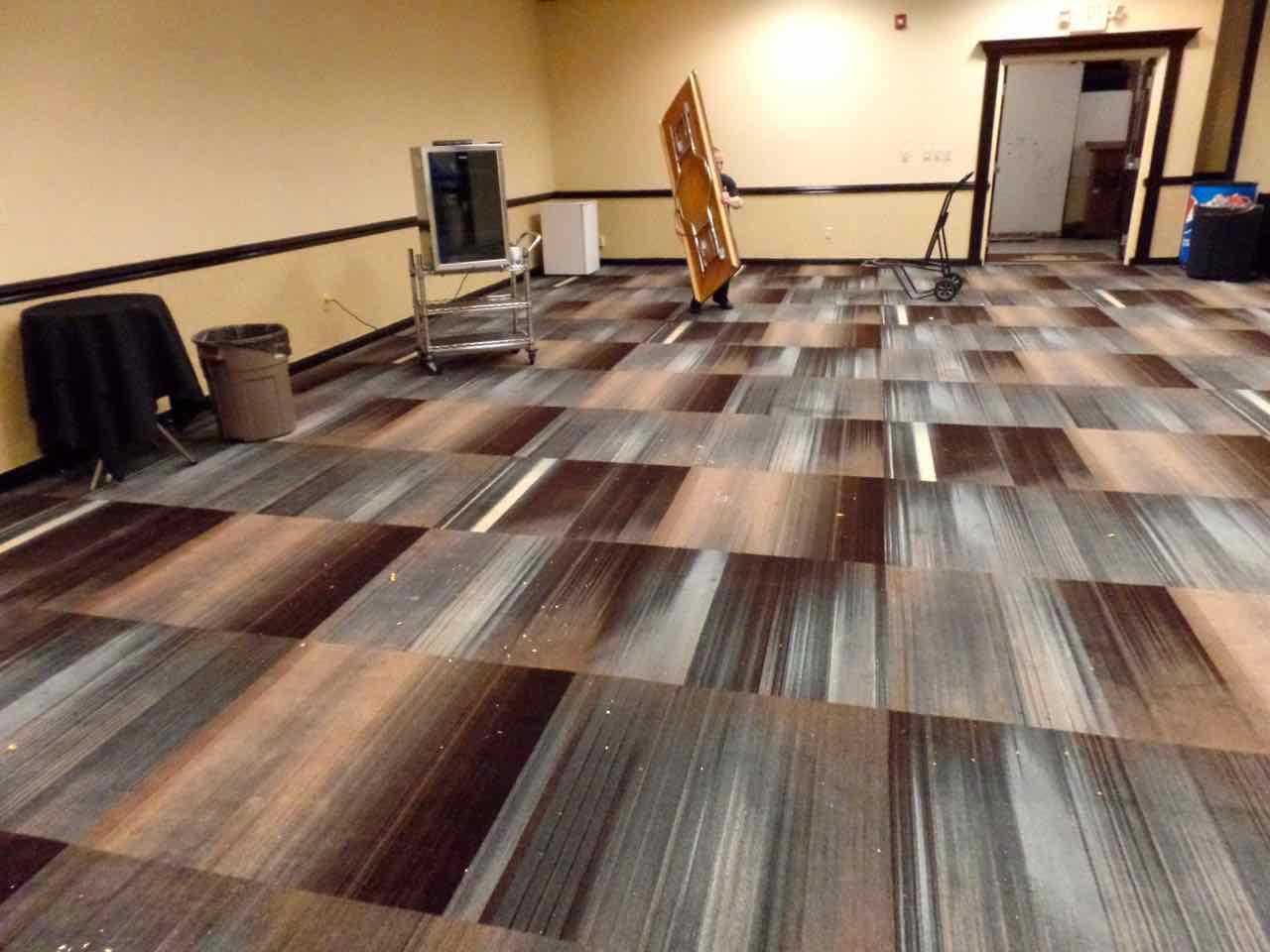 Someone swiped con suite! When they get to packing up the food supplies they really get packing.

Trivia: In 1875 John Bates employed a large fan and ice to ship ten cattle carcases from the United States to Britain, successfully. By 1877 one shipping outfit sent three million pounds of American beef to Britain every month. Source: Down To Earth: Nature's Role in American History, Ted Steinberg.

PS: Theorem Thursday: Kuratowski's Reduction Theorem and Playing With Gas Pipelines, one of those subjects that encourages a lot of play.