Don't know what I was thinking of

My humor blog's still going, like you know if you see its RSS feed or whatnot. If you missed it here's the recent postings:

With that done I'd like to share some pictures from the VFW Pinball Hall of Fame, where there's a lot of beautiful weird results of the history of pinball manufacture. 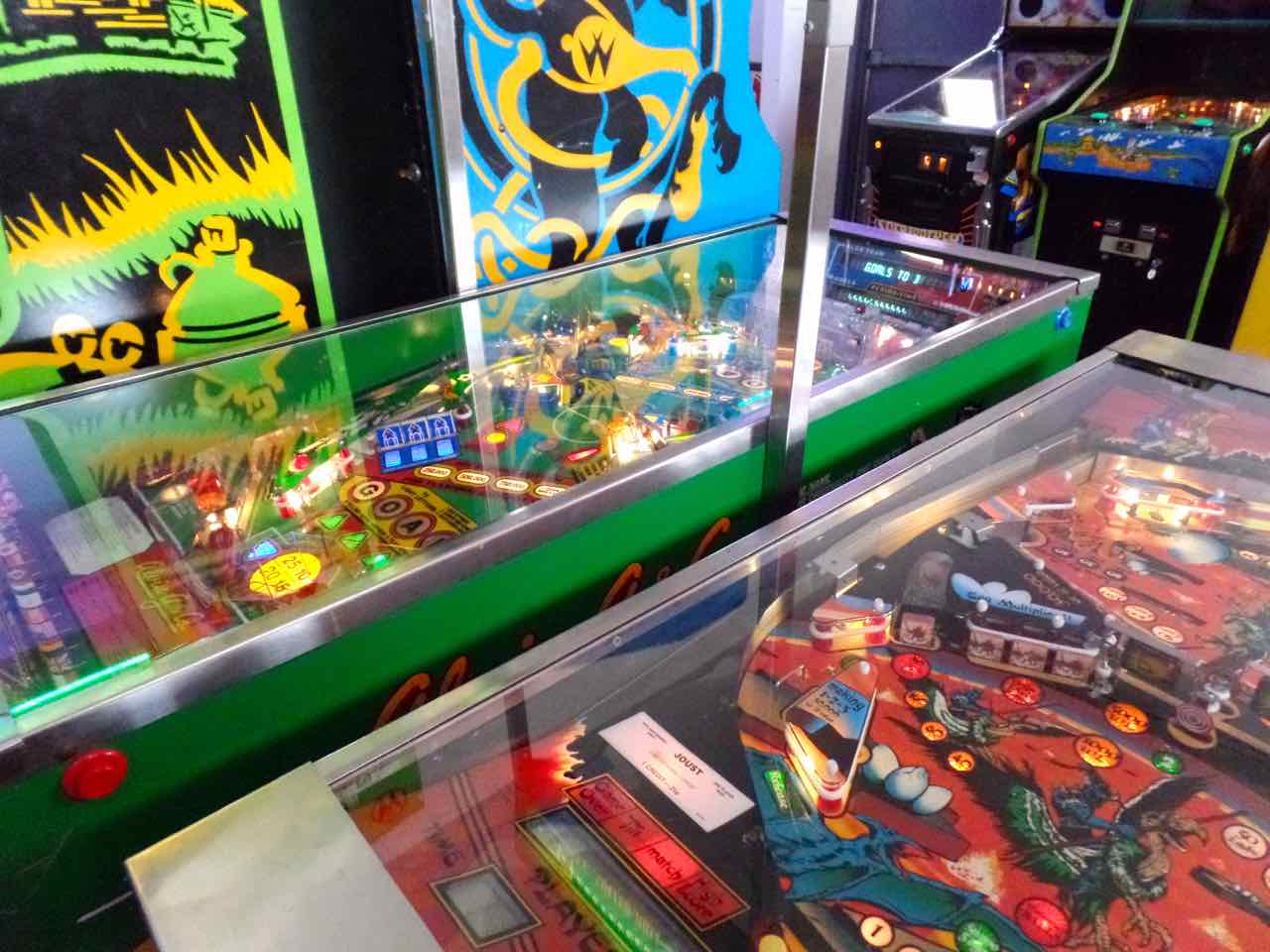 Two-player pinball! Every so often manufacturers try to come up with a head-to-head table and here's two of the results. The farther one is a soccer-themed game. The nearer one is a Joust-based pinball table that has all the sound effects and art style of the actual game but exists for some reason. 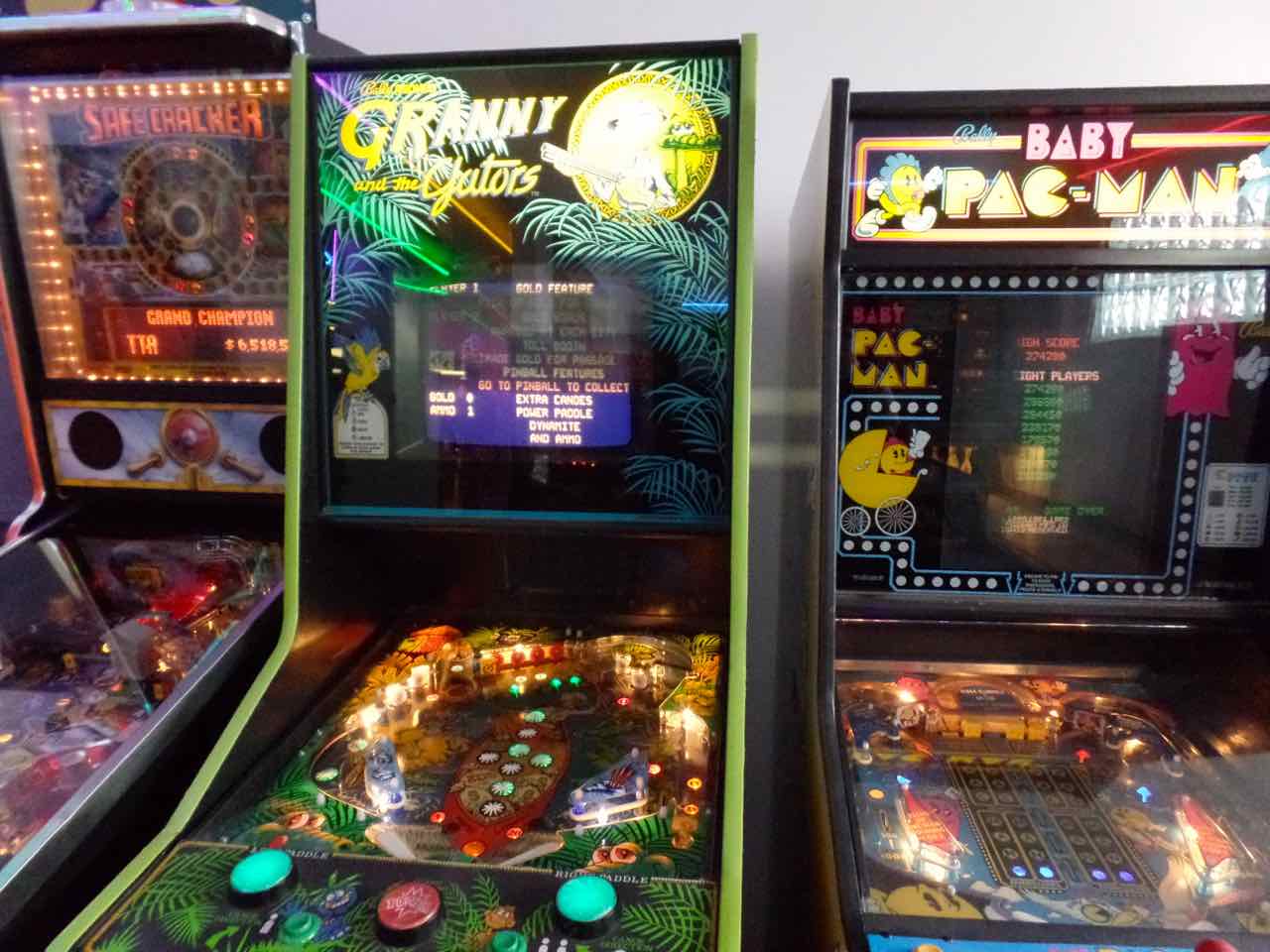 Here's two attempts to fuse video games and pinball. Baby Pac-Man I think everyone of my age cohort heard of and saw in that one pizza place in the strip mall that never had anything else ever. Granny and the Gators I never heard of before seeing one in the Brighton Arcade where it didn't work. Granny has the better tiny pinball table but I have no idea what the video game part is supposed to even be. 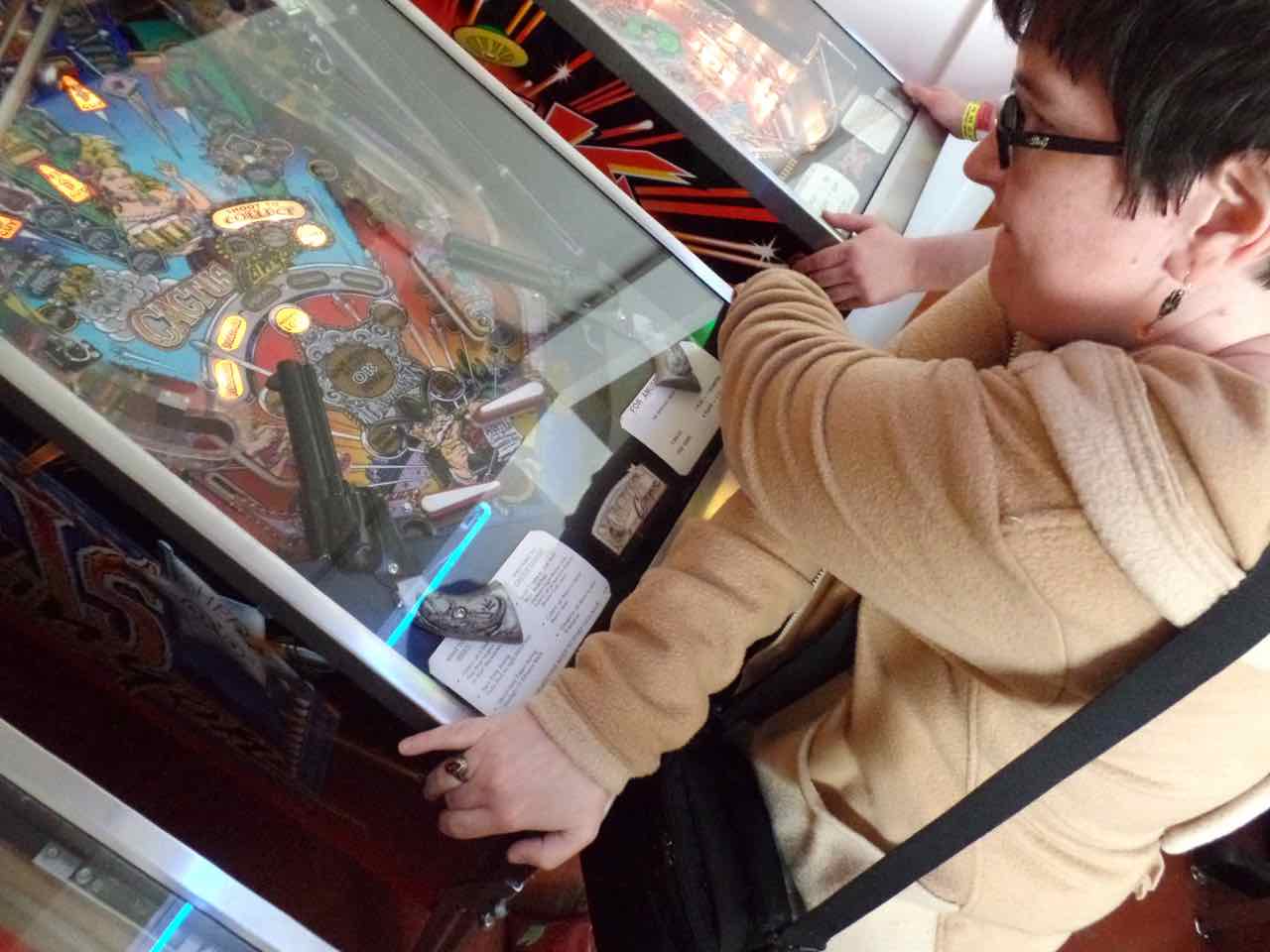 A part of 1998's Cactus Canyon (and a few other games such as The Simpsons Pinball Party) is a mode that swaps the flippers, so the left button triggers the right flipper and vice-versa. There are a couple ways to handle this, but the one that makes the game playable that way is to cross your arms.

bunny_hugger followed MWS's advice about this and absolutely tore up this crazy multiball mode. 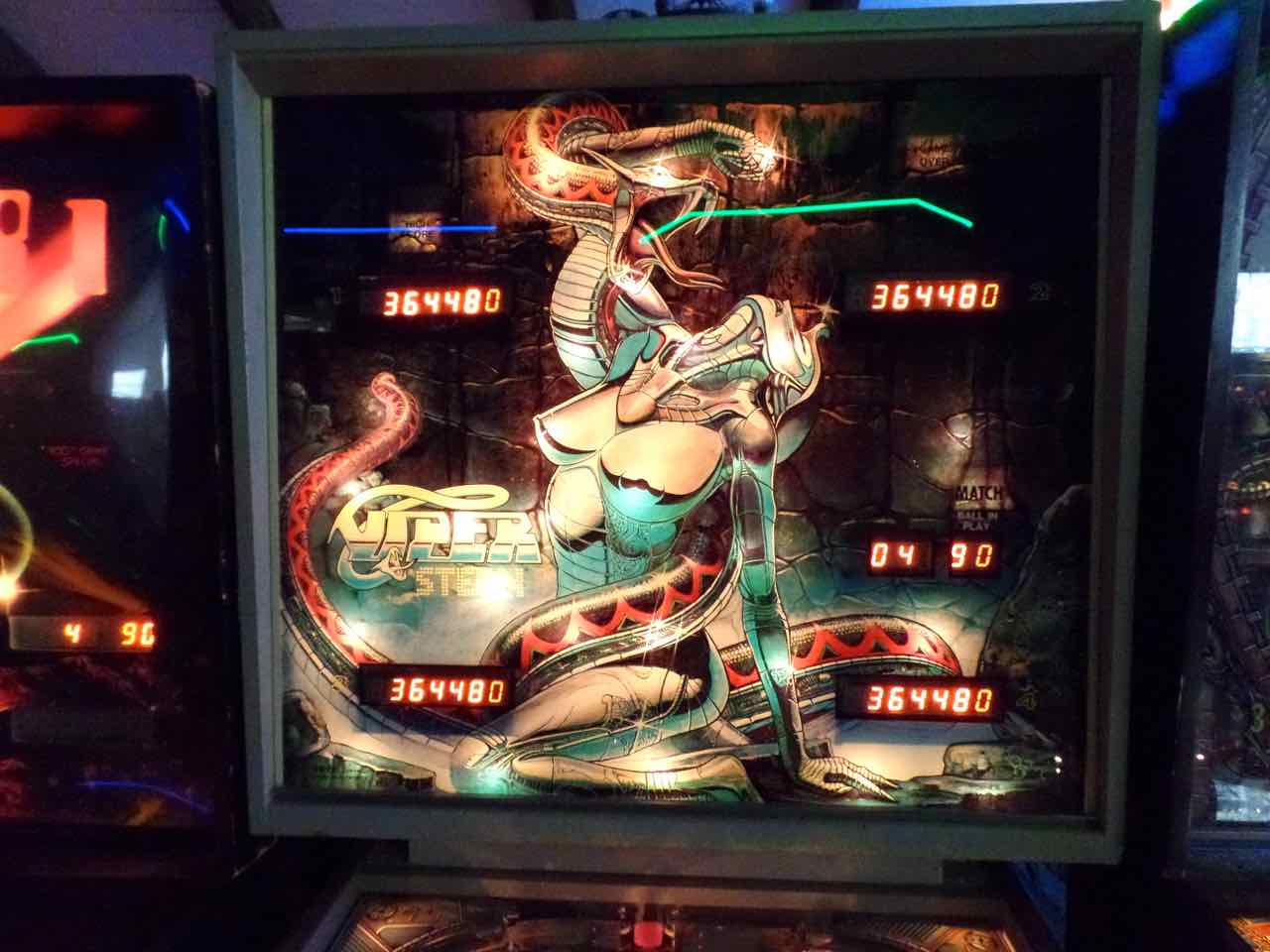 Viper, from back in 1981 when Original Stern pinball was getting way into heavy metal. I hate to tell the snake that whatever it figures it's going to get out of this meal, it won't. 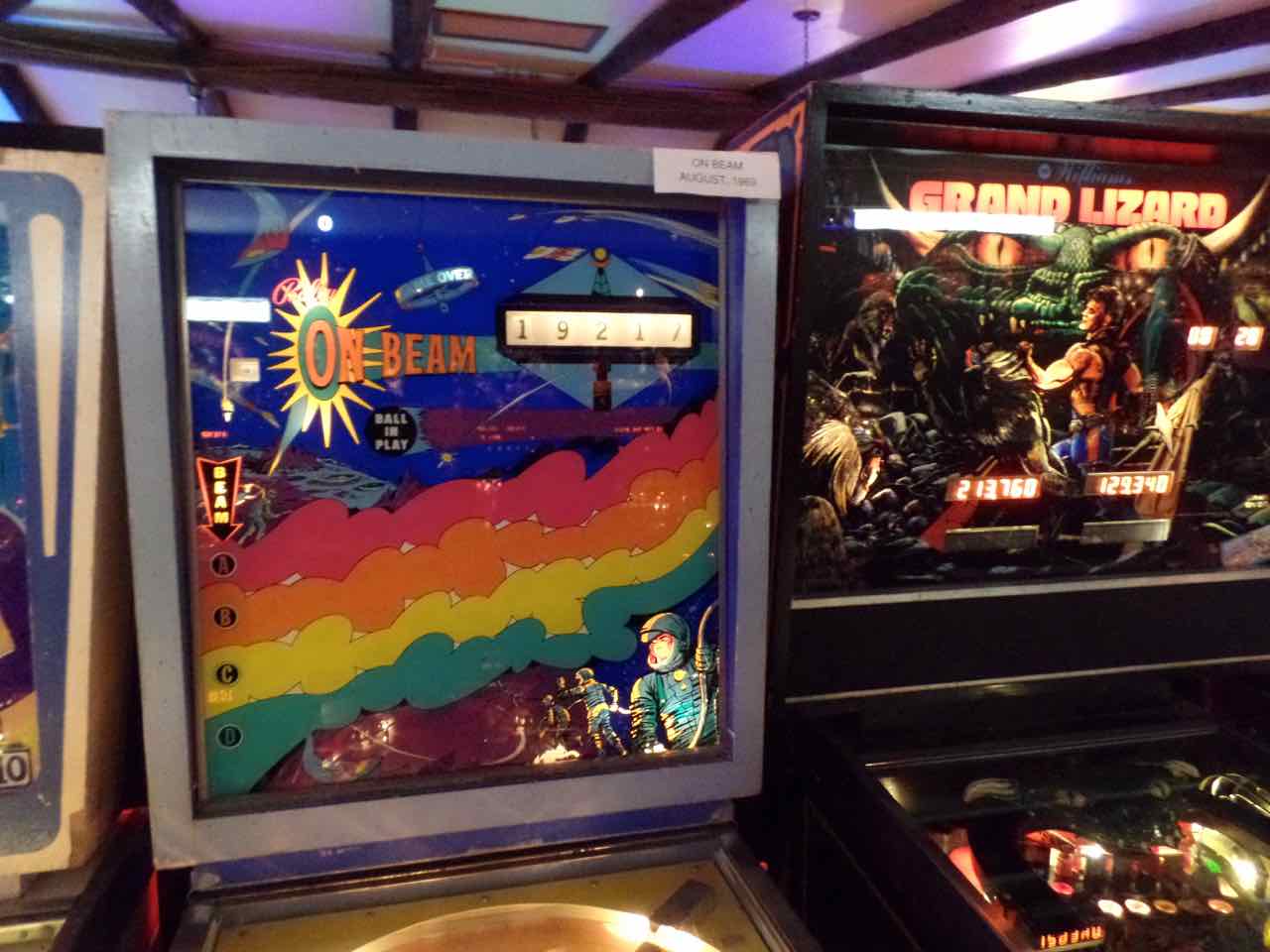 Bally's On Beam, a 1969-dated electromechanical game with the theme of tuning to the correct radio frequency. Behind it is Grand Lizard, a 1987 game with a lizard-woman directing a baboon slave to attack some muscley guy. 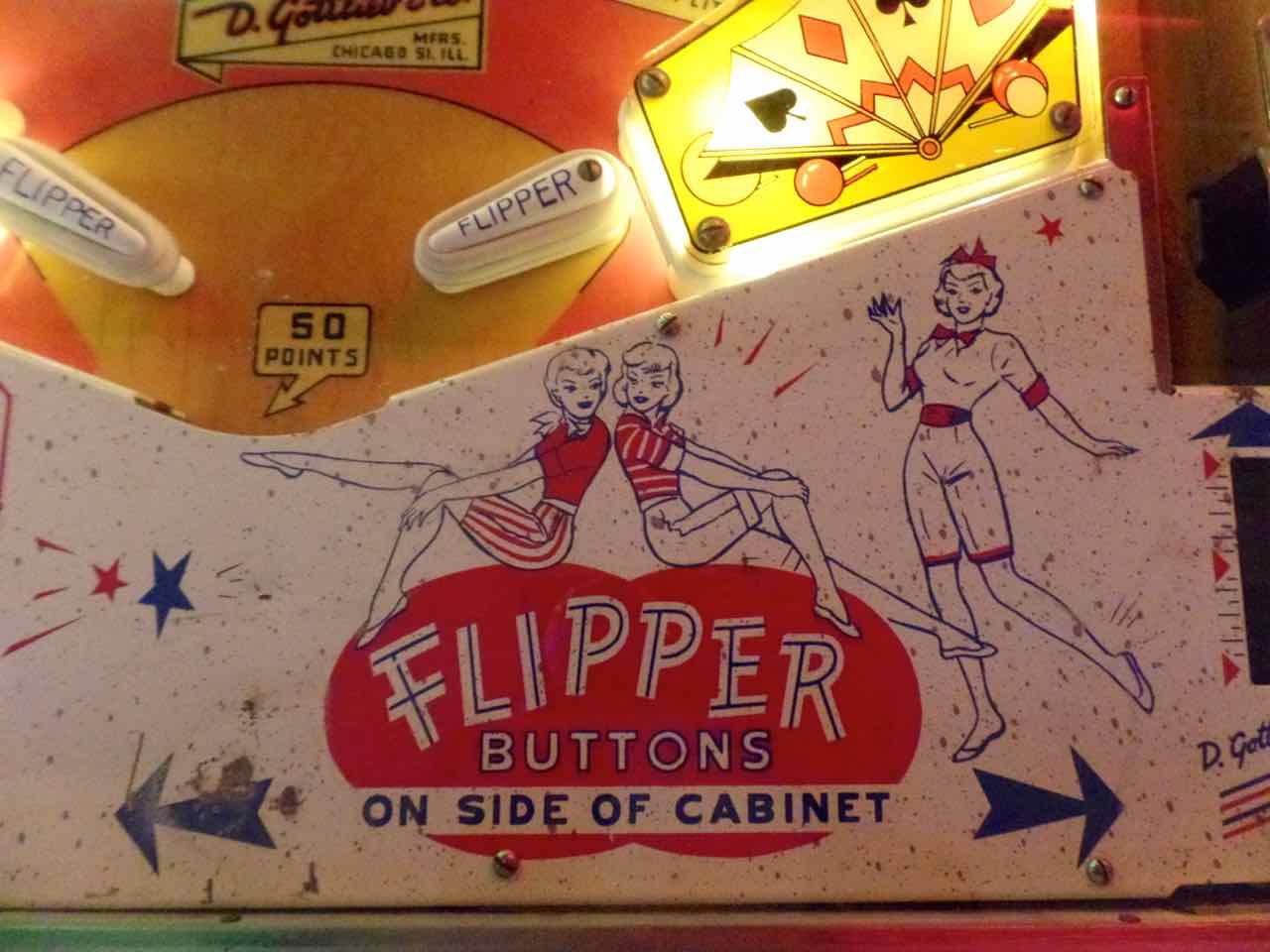 Minor flipper art from a 1960s Gottlieb game. I like how cheerily mid-century the decor is. Most of those dots are age and rust I'm afraid, but the speckle pattern would make sense for the era, wouldn't you think?

Trivia: At the close of the horseracing events during the Drehberg Olympic Games, held the 24th of September from 1776 through 1799, the winning horses were sold on the spot to the highest bidders. Source: Encyclopedia of the Modern Olympic Movement, Editors John E Findling, Kimberly D Pelle.