I guess I just wasn't too bright

Before I take you back to the VFW Pinball Hall Of Fame etc let me remind you of my mathematics blog which, if you've not seen it on your Friends page or RSS reader if you have one, featured this the past week: 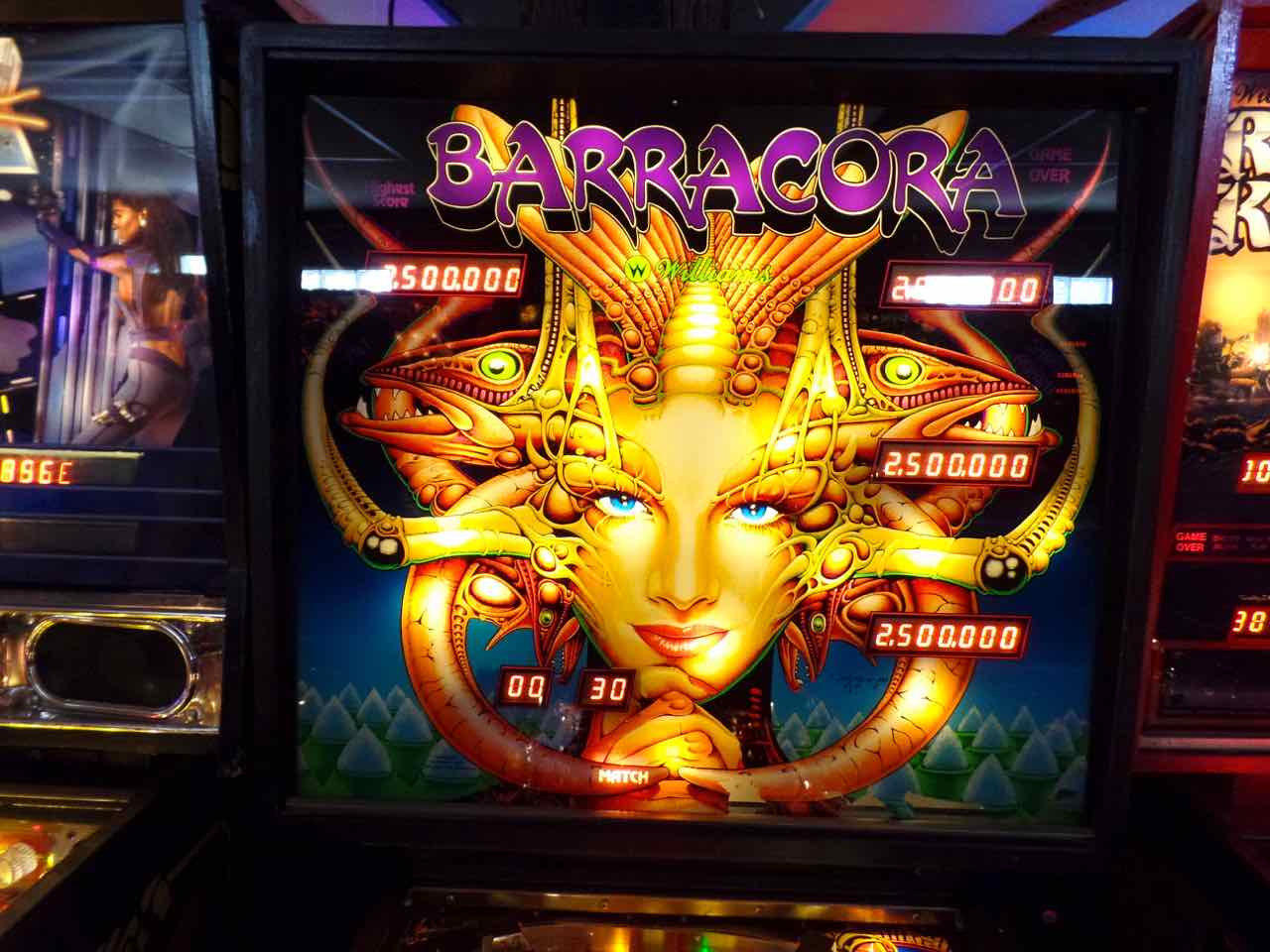 Barracora provided here as an example of the nightmare fuel that pinball got into in 1981. The story of the game's production is that it started out as Barracuda but someone in marketing said barracudas were right out as a salable theme and so they figured this would go better. Also the table had eight drop targets, meant to be one for each letter in the game's name. They doubled up the R's, something which the designers wished they had been told they could do because that would have solved so many spelling constraints. 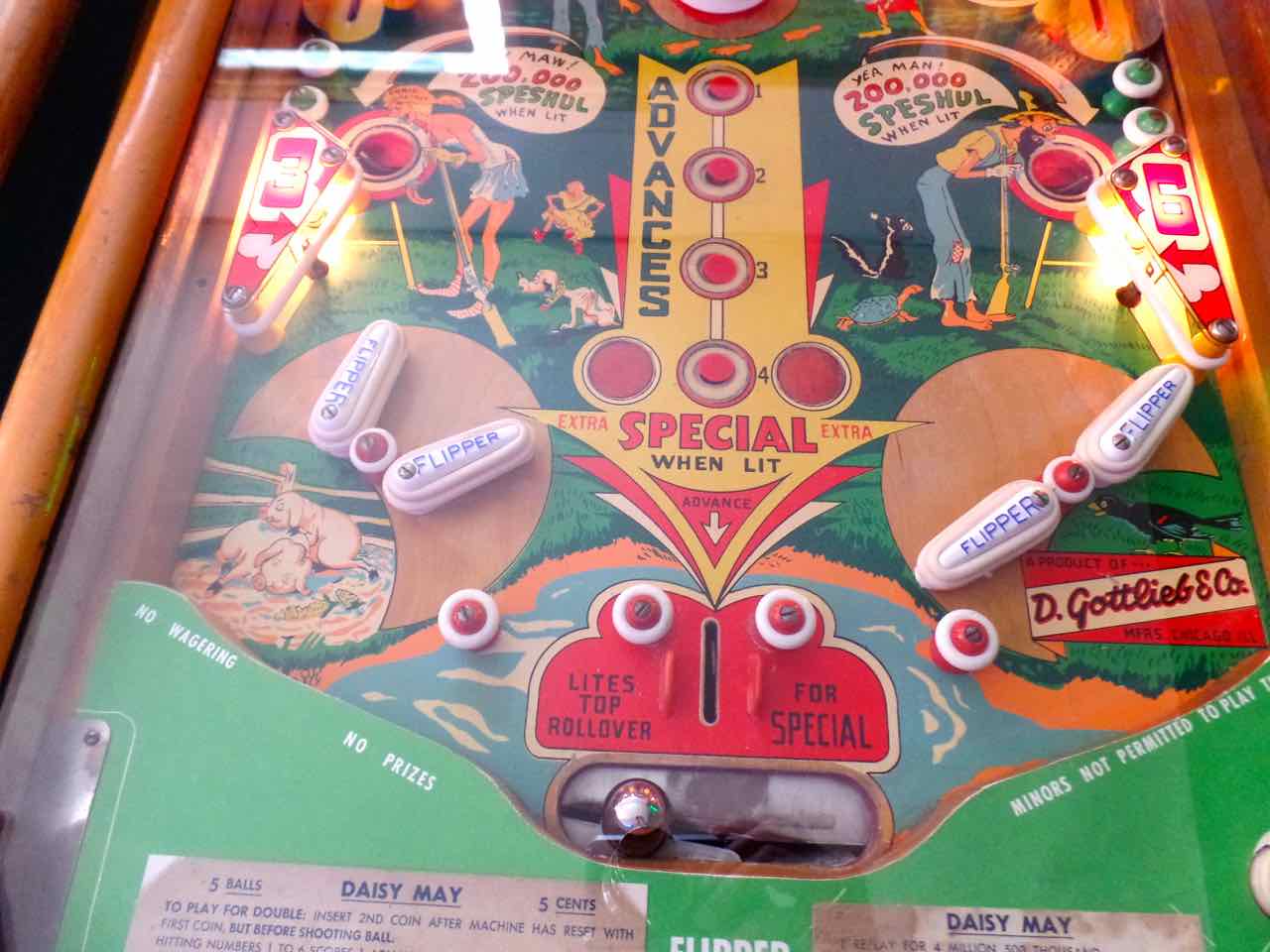 The earlier you go in pinball the more freakish wrong things you find. Here's Daisy May, a 1954 table not ripping off Lil Abner in the slightest. It has doubled flippers: as you see on the left, pressing one button makes two flippers snap together. As gimmicks from that era before pinball controls were standardized go this isn't a bad one at all and I'd be willing to give it a fresh try. 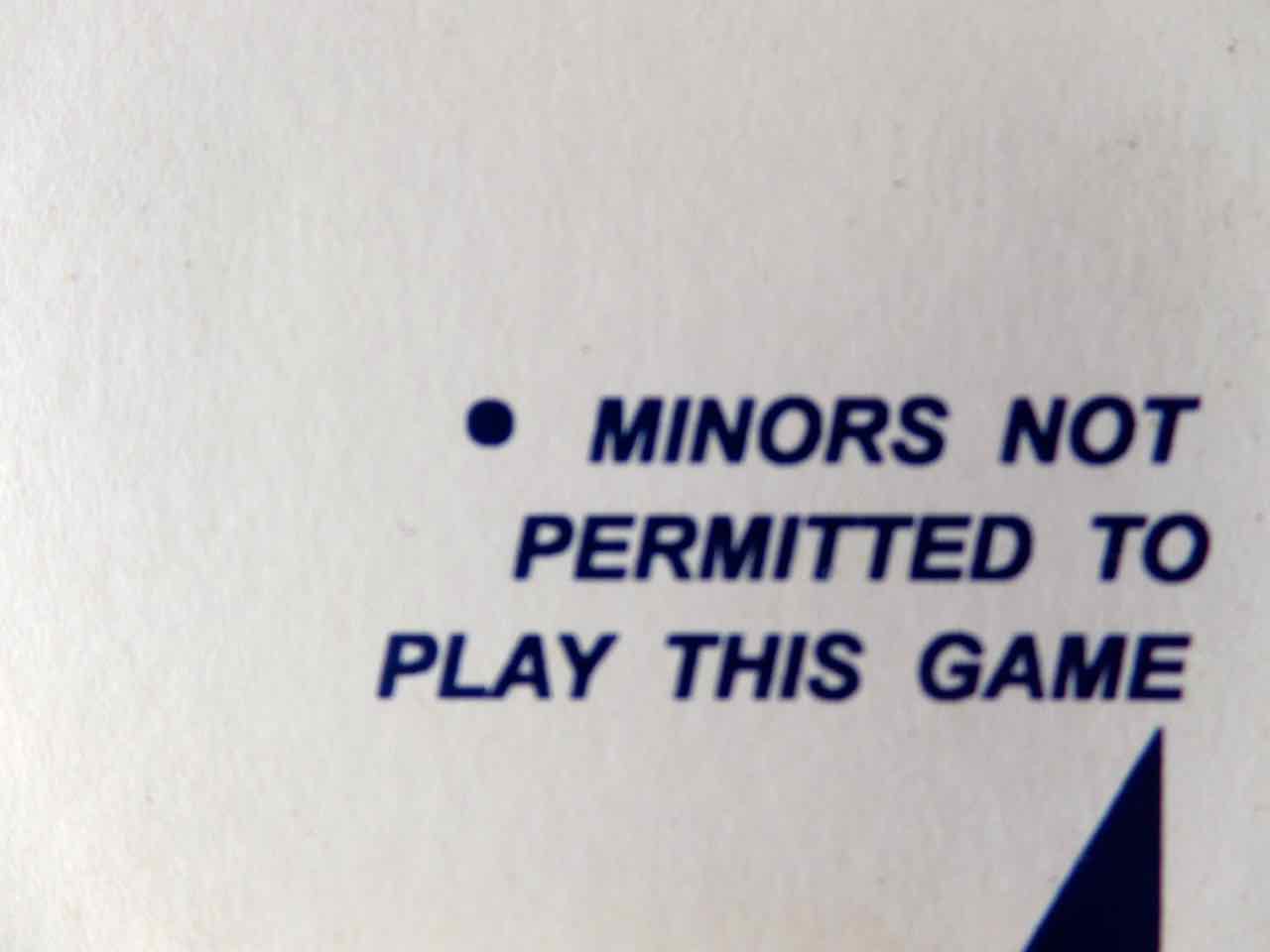 Reminder on a 1960s table about just how respectable and mature pinball was in not corrupting the youth on purpose. 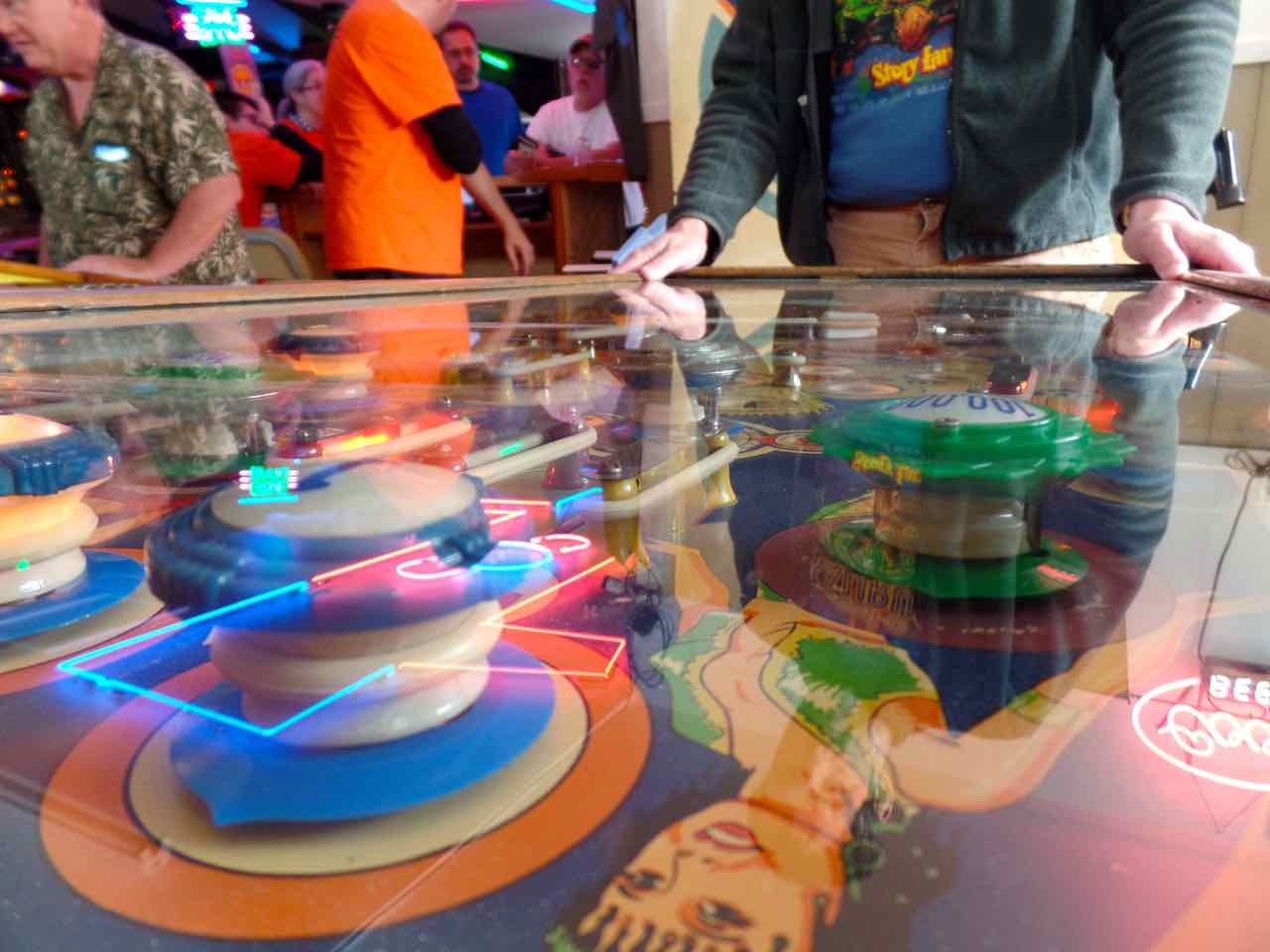 Me playing a game while using the magic of my camera's timer mode. I really wanted a shot with the ball up dead center but there's no way to arrange that except by taking no end of pictures and throwing away most of them. Sorry. 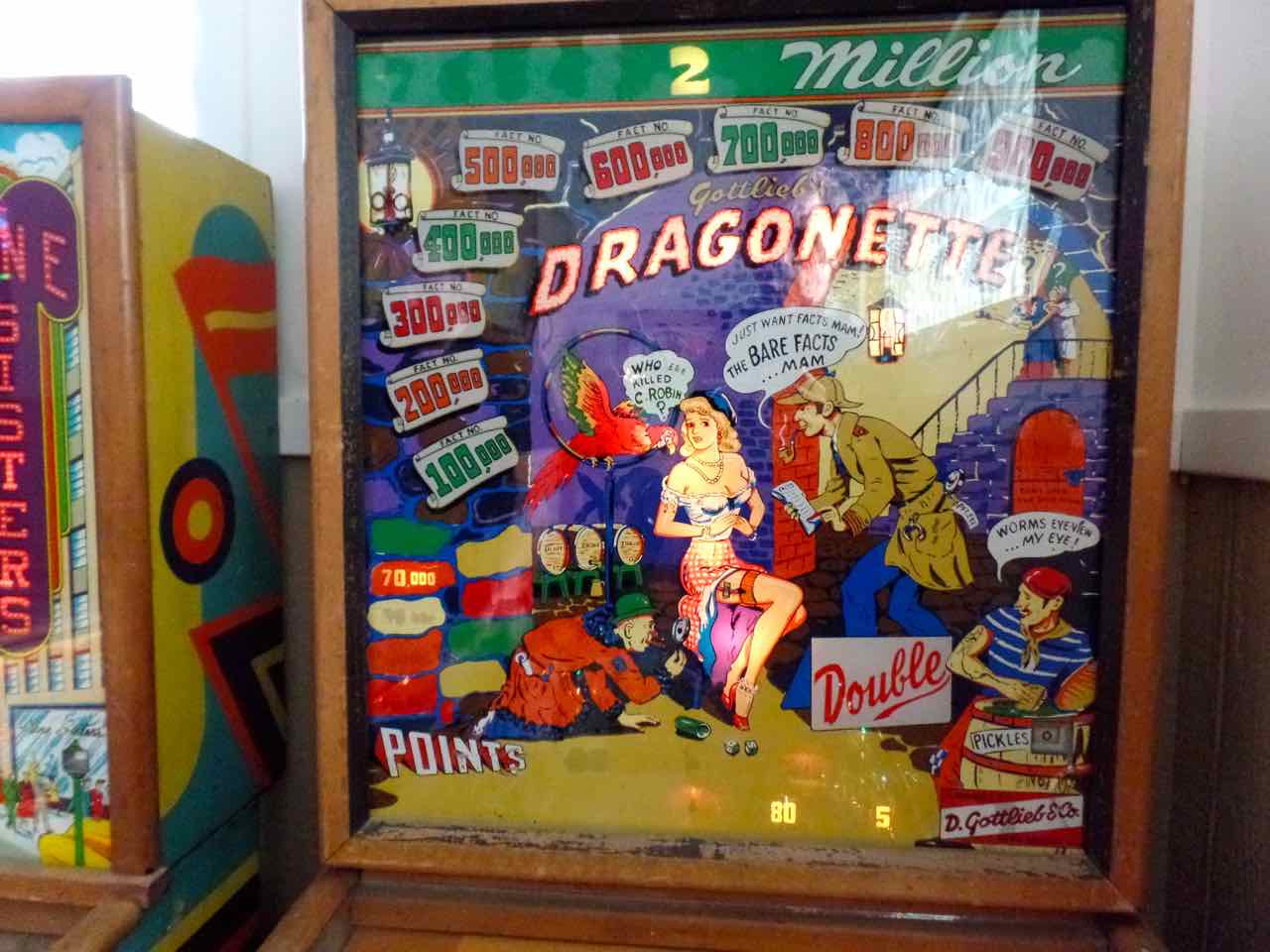 A 1954 table that wasn't ripping off some popular radio and TV drama starring Jack Webb in the slightest. The Internet Pinball Database says that David Gottlieb hired Jessica Dragonette, a singer, to perform at coin machine functions but that this wasn't related to the game. Also apparently there was a singer named Jessica Dragonette which you'd think furries would make more meaningless fuss over. (Turns out she went to my mother's alma mater, if Wikipedia is to be believed.) 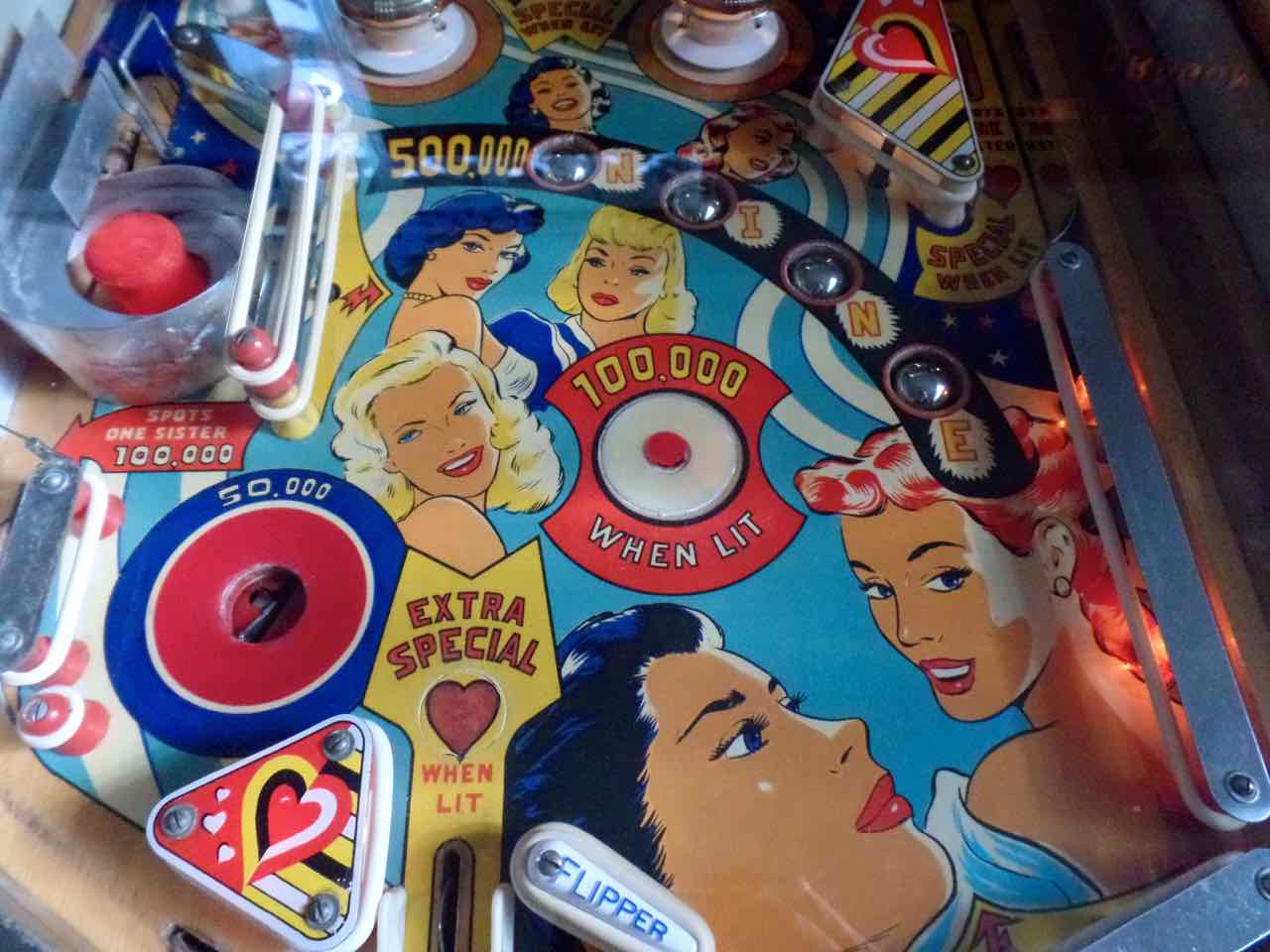 From the 1953 game Nine Sisters: I'd got four balls locked into the not-quite-gobble-holes for a nice points payout. The game has only the one flipper and however easy you think it is to drop a ball into a hole that close to the flipper you are wrong.

Trivia: When the First (Modern) Olympic Games were held in Athens in 1896 they were held on the Julian Calendar. The opening ceremonies were dated the 25th of March in Athens, but the 6th of April in most of the western world. Source: Encyclopedia of the Modern Olympic Movement, Editors John E Findling, Kimberly D Pelle.