Well I sure hope I do better

Some more VFW pinball pictures below which I hope you enjoy. Meanwhile my humor blog, on your Friends page or RSS reader, has served up this the past week: 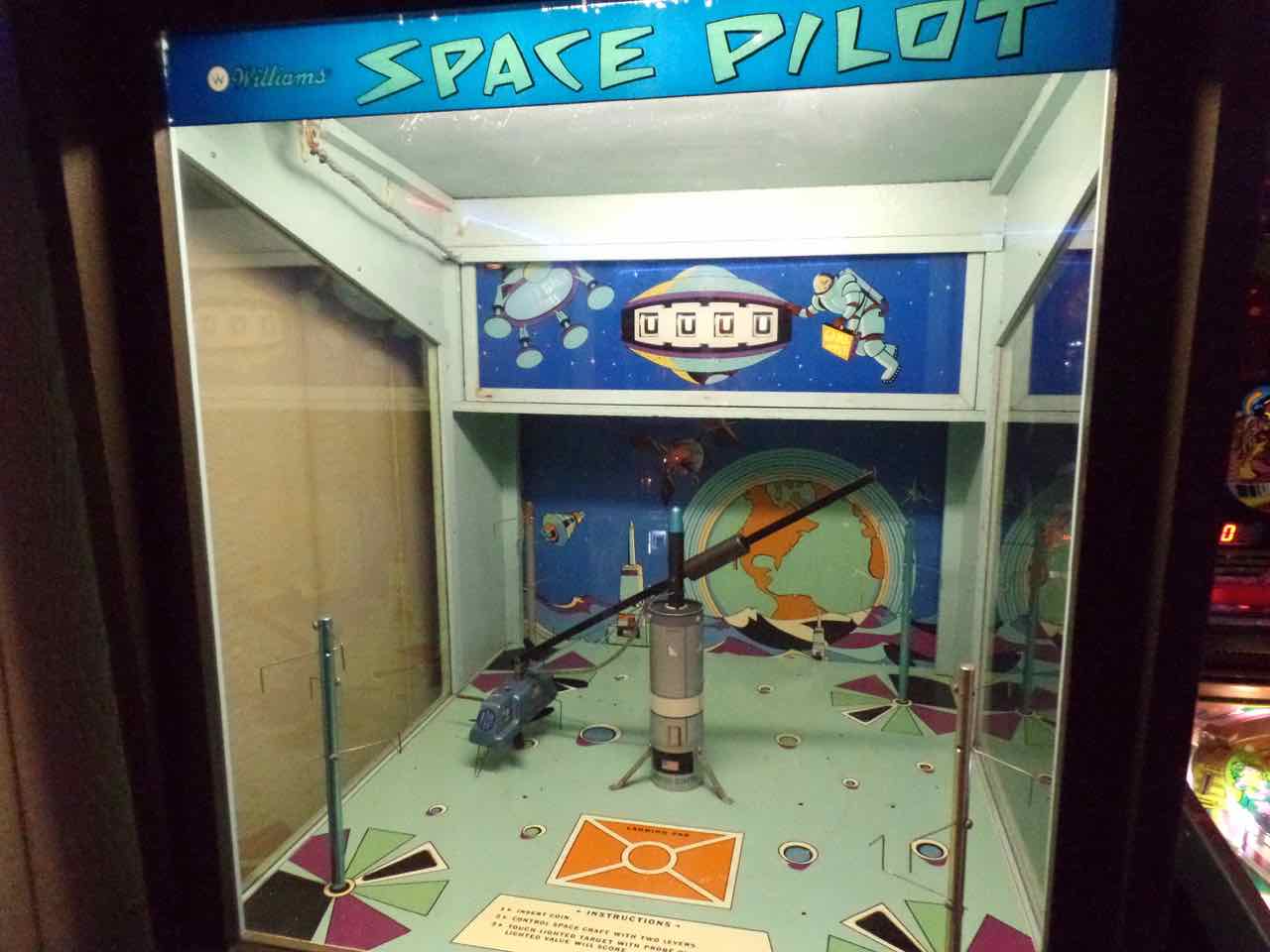 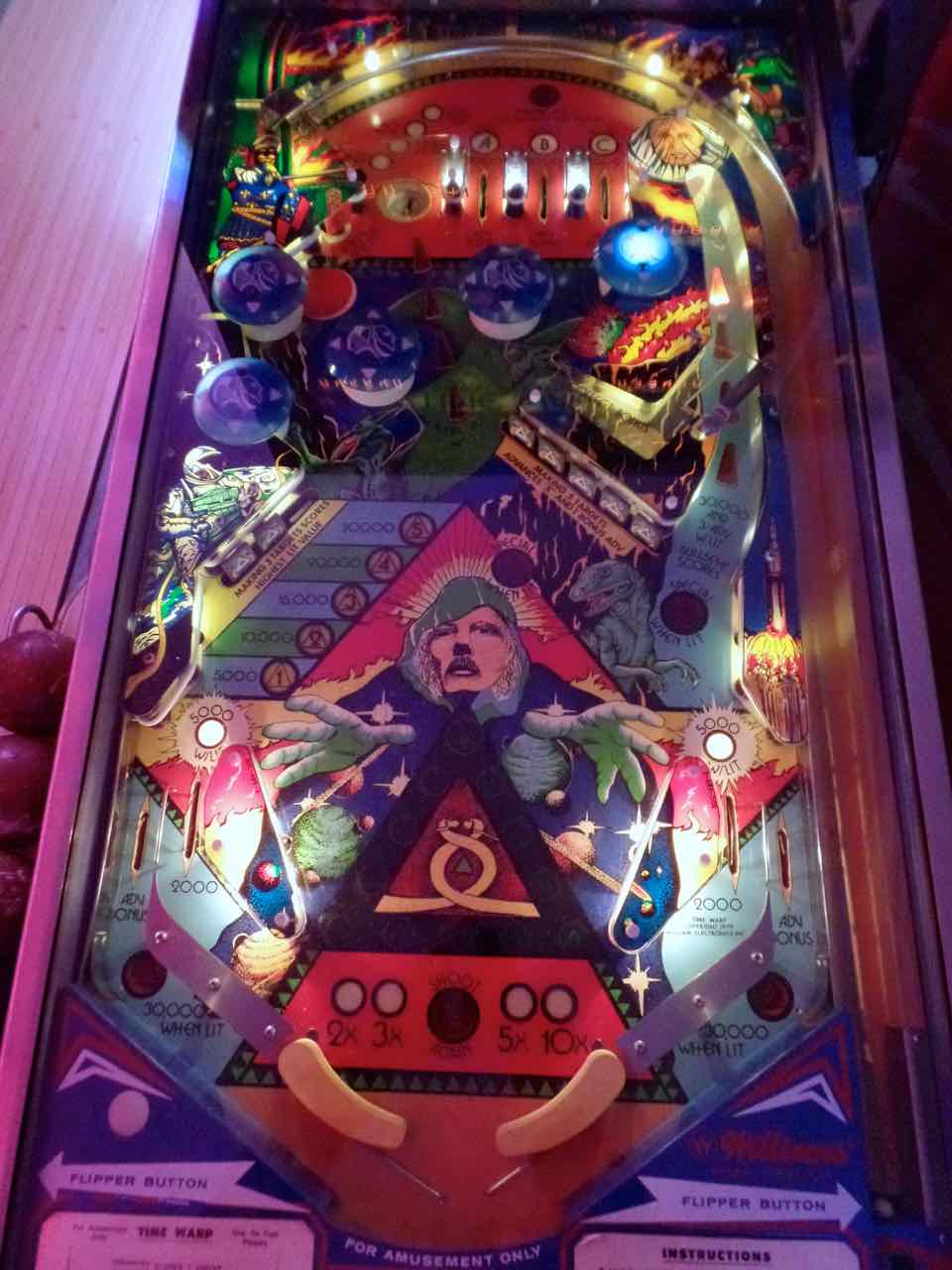 Time Warp, a 1979 game with the rare banana flippers that I like but which most players hate. It makes gameplay more jai alai-like, in the way you cradle and aim the balls, and I like that style of things. 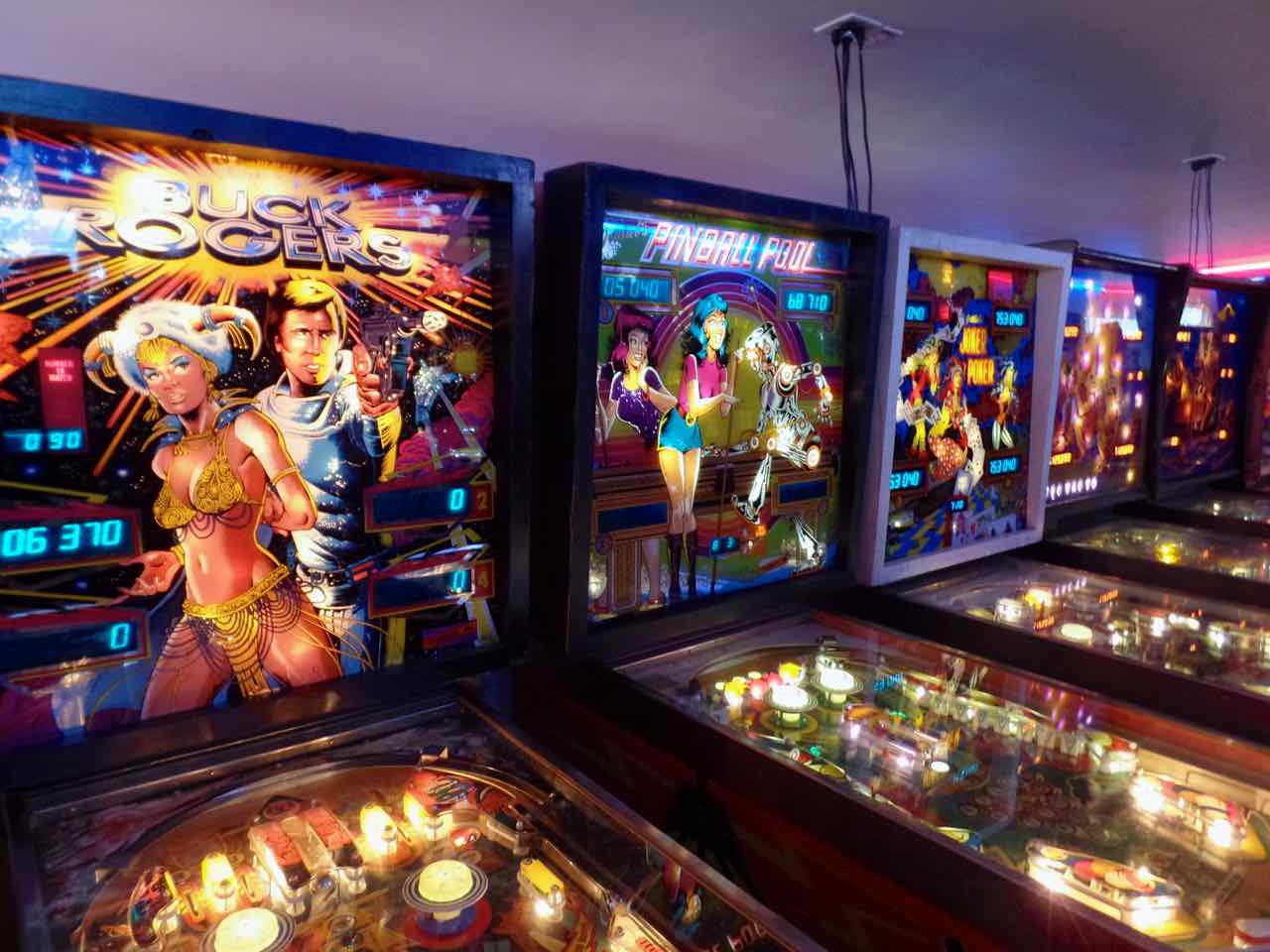 In the early 80s pinball started to really experiment with licensed themes, although nothing like what it would be today, when every game is based on a comic book or an 80s band. However, as you see to the right of Buck Rogers, the industry didn't lose its classic themes of ``pool'' (Pinball Pool) and ``cards'' (Joker Poker) and its standby secondary things of ``future-y stuff I guess wait why are you playing pool with robots'' and ``fantasy''. 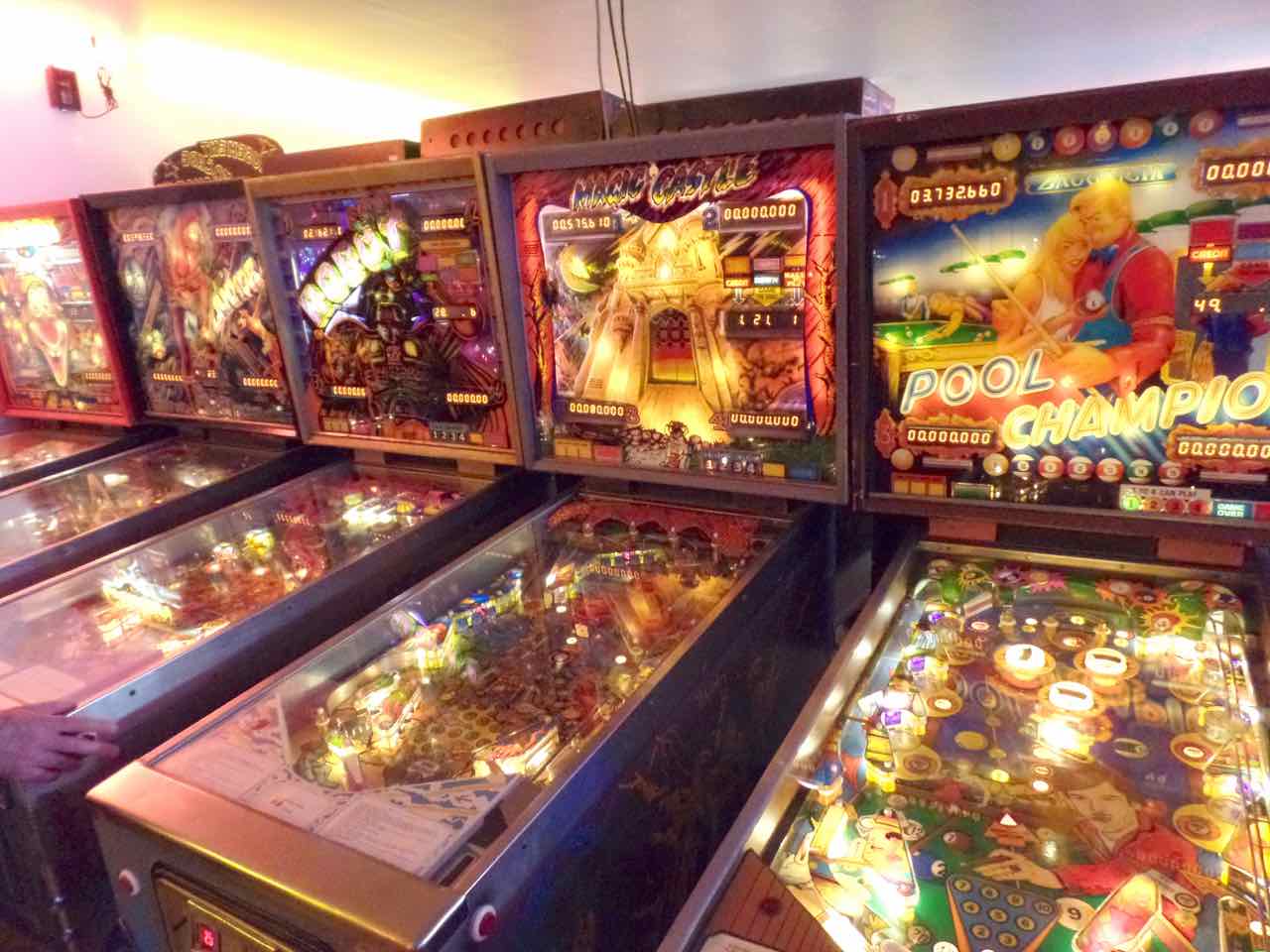 Meanwhile in Europe, Zaccaria was busy at work on games that, yes, were about classic themes such as Robots, Castles, and Pool, but were still a little strange and exotic and European-y. There's a Zaccaria pinball simulator app that carries all their tables and I strongly recommend it; the play is great. 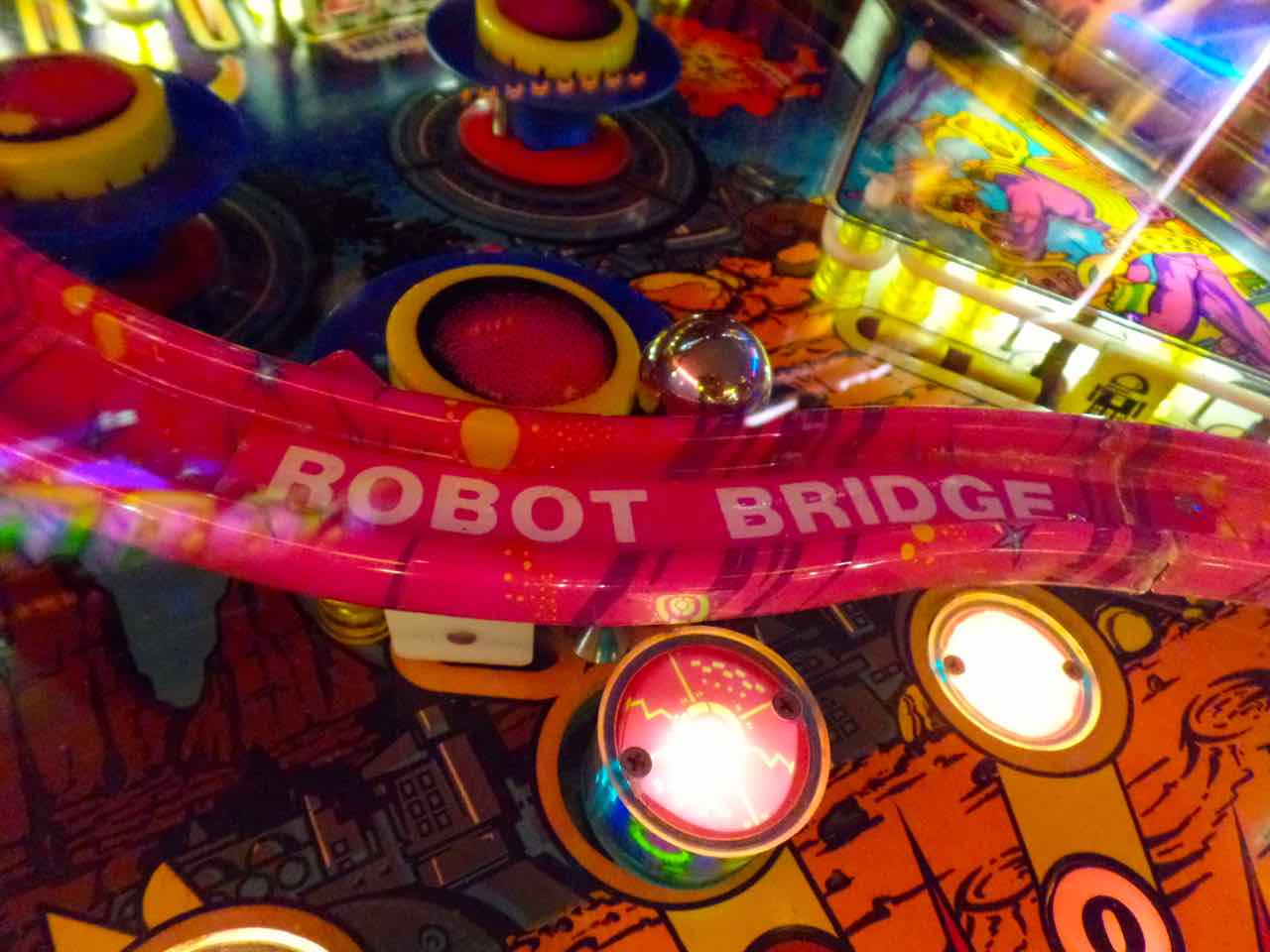 Trivia: On the 1st of July, 1908, organizers for the London Olympic Games appealed to the public for additional funds, as they had gathered only about £ 15,000 of the £ 65,000 budget before the games were to start the 13th of July. Several activities would be cancelled. Source: Encyclopedia of the Modern Olympic Movement, Editors John E Findling, Kimberly D Pelle.

Currently Reading: Fastpitch: The Untold History of Softball and the Women Who Made The Game, Erica Westly.

PS: Finally, What I Learned Doing Theorem Thursdays besides that any themed project will give me two extra free essays as I gather together all the theme and then write about my writing about stuff a while.