Next weekend on The Price Is Right

And now to close out the visit to the VFW Ann Arbor Pinball Museum Hall of Fame whatever its exact title is: 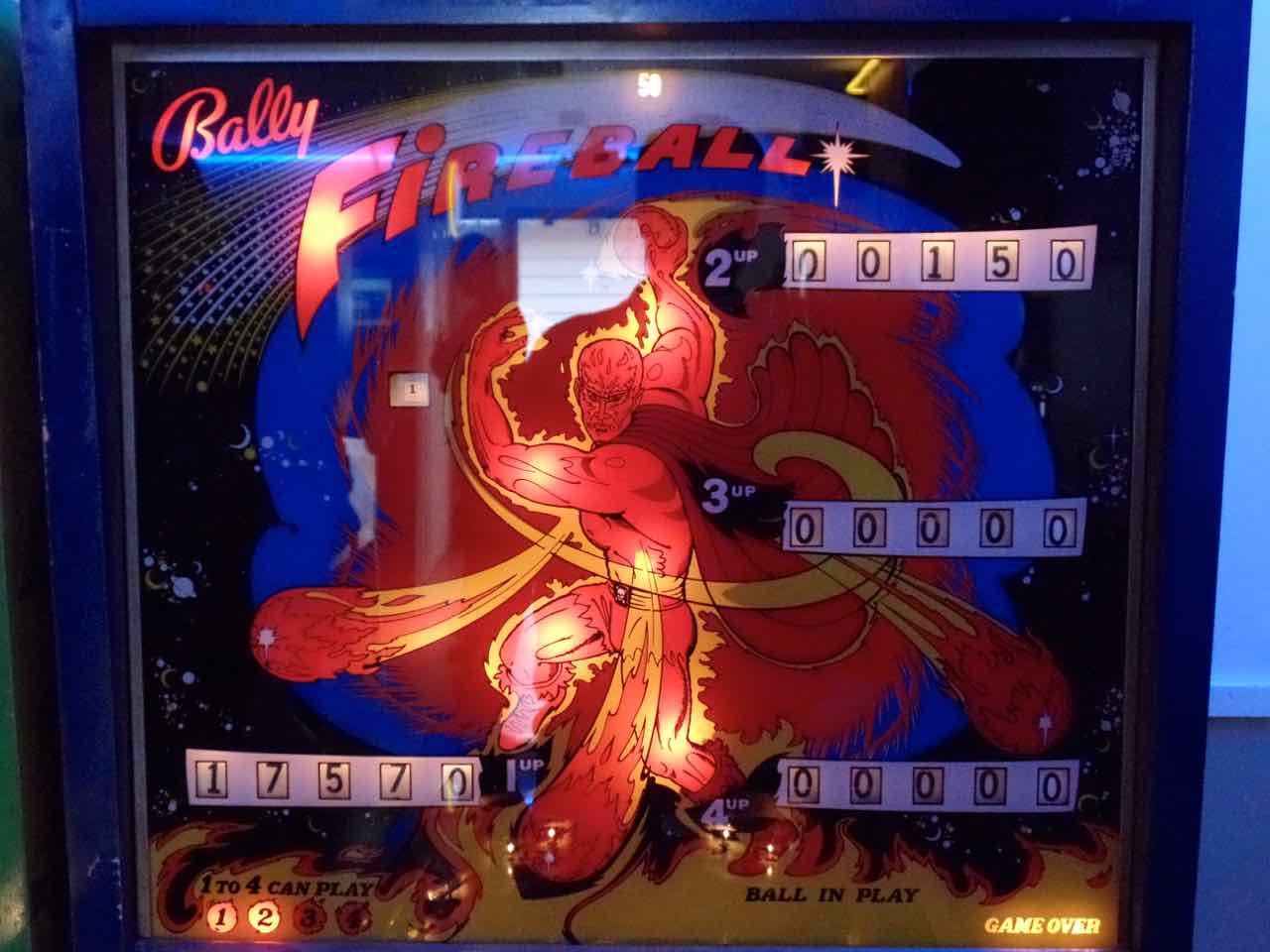 When you plunge the ball and don't get to touch it before it drains that's called a ``house ball''. On this game of Fireball, I got 80 points my first ball. I got 40 more points my second ball. I was honestly kind of hoping to get 20 points my third ball and complete the sequence but no, look at what did happen to me there as player two. I believe I got a flip in, last ball, so it wasn't technically three house balls in a row, but that doesn't really make a difference. 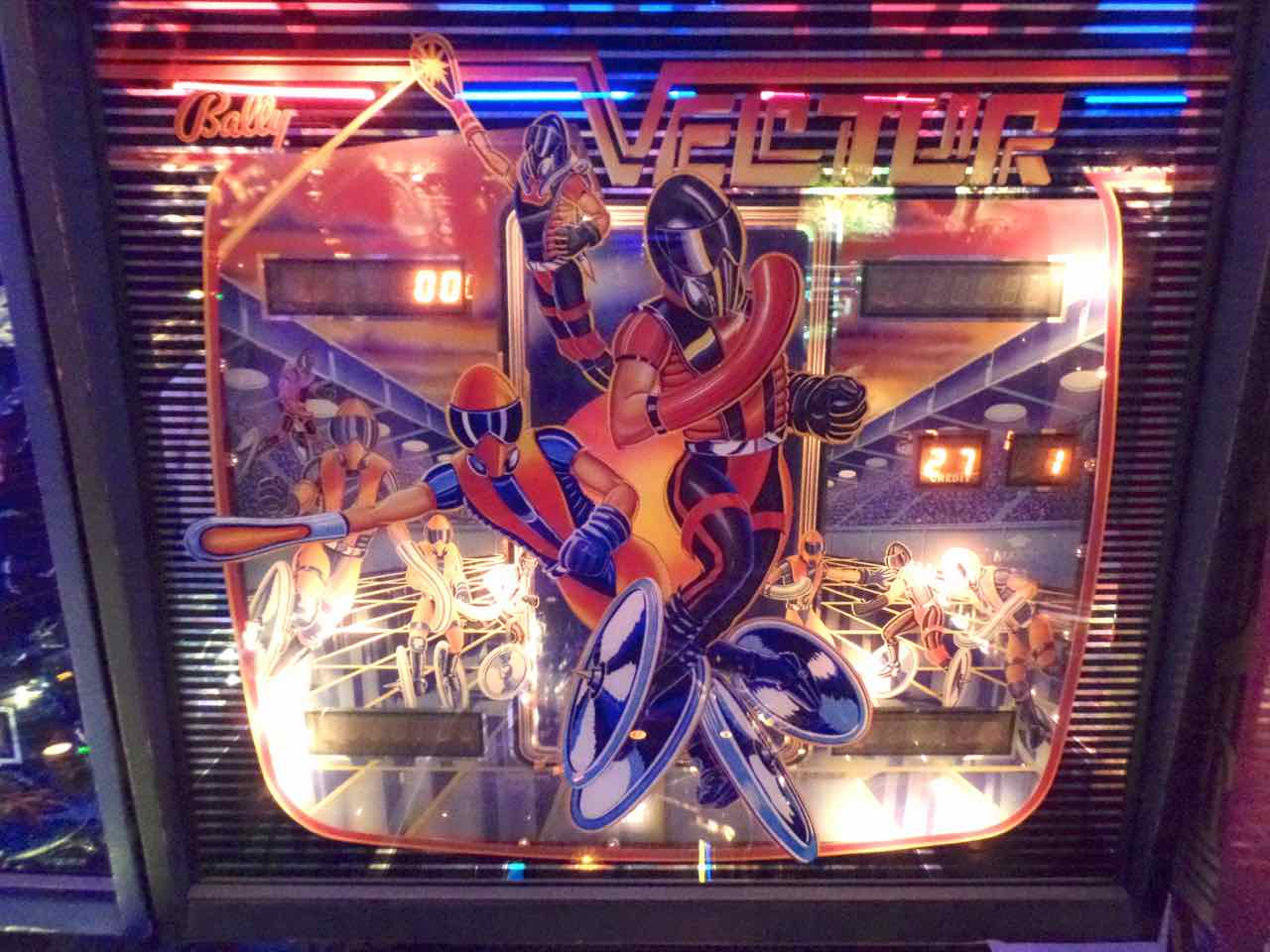 Greetings! I am here from Bally and happy to see you enjoy your video game machine play! But were you children of 1981 aware that pinball machines are not merely cool but also cyber-cool? Thank you for considering this exciting coin-operated amusement game option! Do not wager on this attraction! 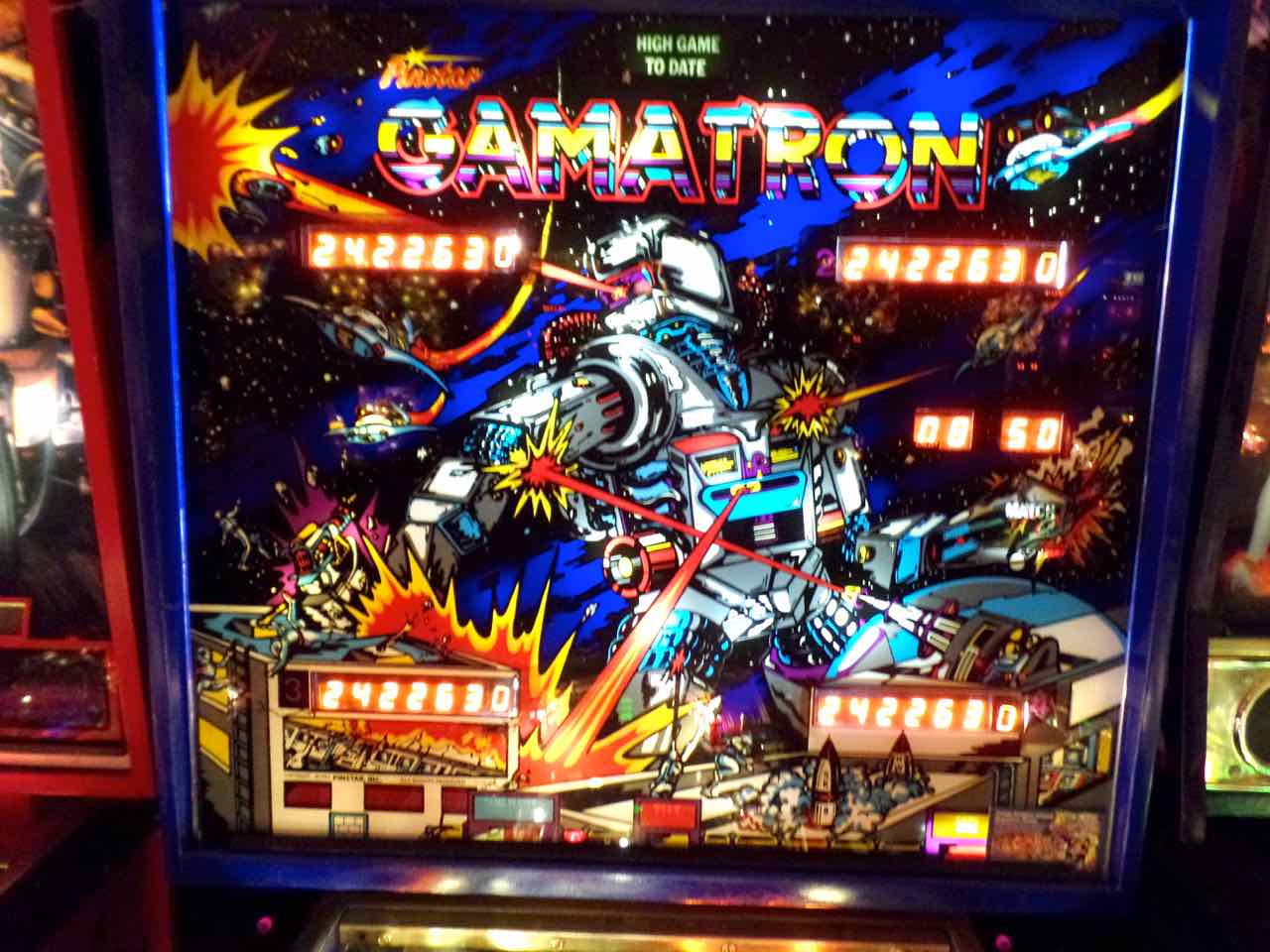 Gamatron! Optimus Prime will defeat you yet! ... Apparently the table was a conversion kit which turned the 1980 game Flight 2000 into a game that was hopelessly out of date for 1986. 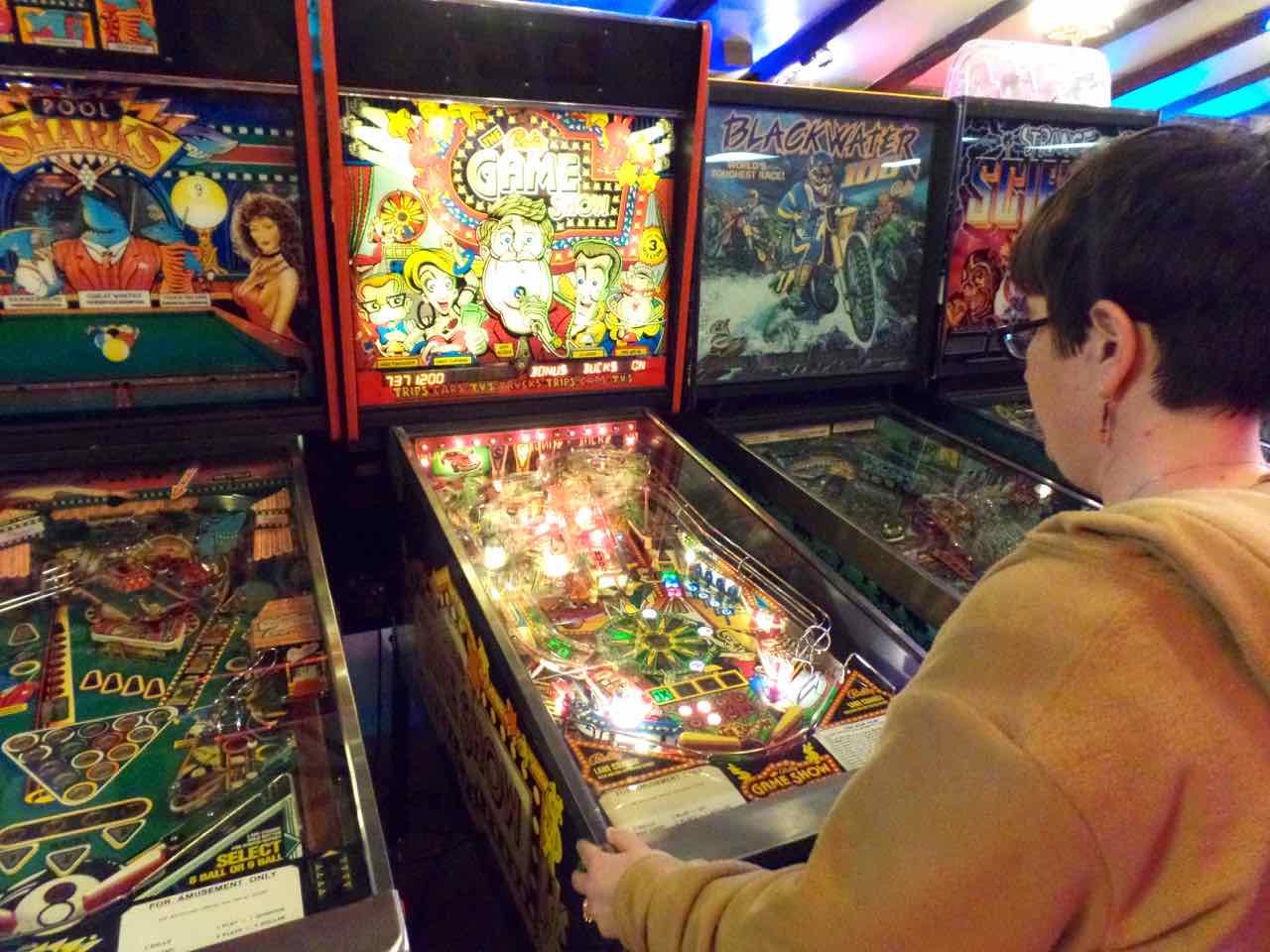 bunny_hugger tearing it up at closing time on Bally's Game Show with your host Keith McTeeth, one of those fun games that came in right before The Addams Family and dot-matrix displays made a generation of solid-state tables obsolete. 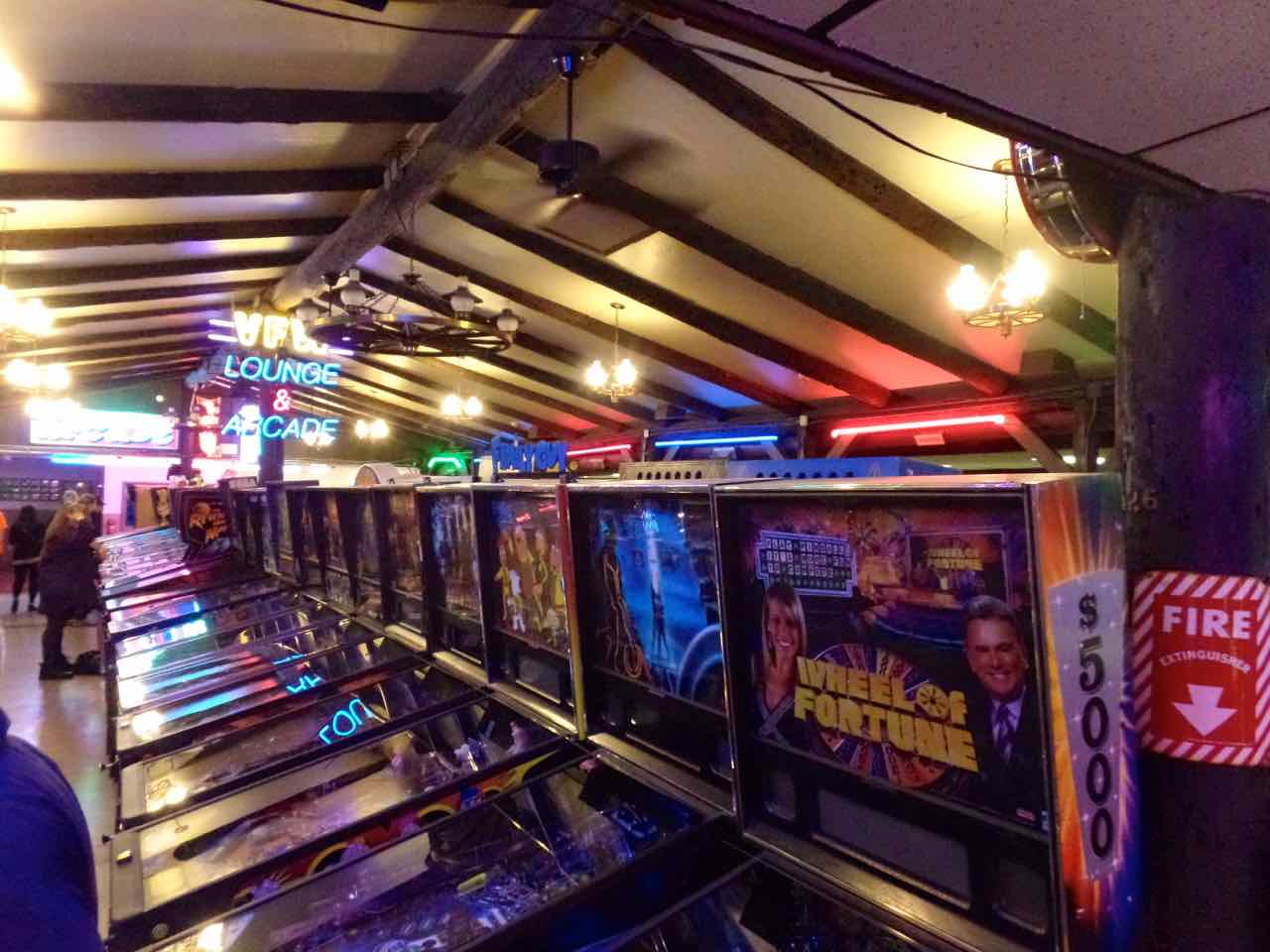 Row of tables at the VFW being put to bed for the night. Also yeah, that's a Wheel of Fortune game from the early 2000s when Stern was apparently buying licenses to stuff at random and hoping something would stick. The game is weird --- it's got an extra-wide space, with two lanes, between the center flippers, making slap-saves impossible in a way not seen since the 60s --- but I like that.

Trivia: The rowing contests for the 1920 Antwerp Games were held on the Willebroek Canal, near Brussels, amid reservoirs, oil storage tanks, and walls of factories. The setting was ugly enough that Baron Pierre de Coubertin described it as an ``anti-Olympic setting''. Source: Encyclopedia of the Modern Olympic Movement, Editors John E Findling, Kimberly D Pelle.