Wipe off that full-of-doubt look, slap on a happy grin

It's been a slow week on my mathematics blog. One of the slowest in ages. Stuff kept pulling me away. But if you missed it or its RSS incarnation, here's the articles:

And now back to Kentucky Kingdom, and the start of summer, amazingly enough: 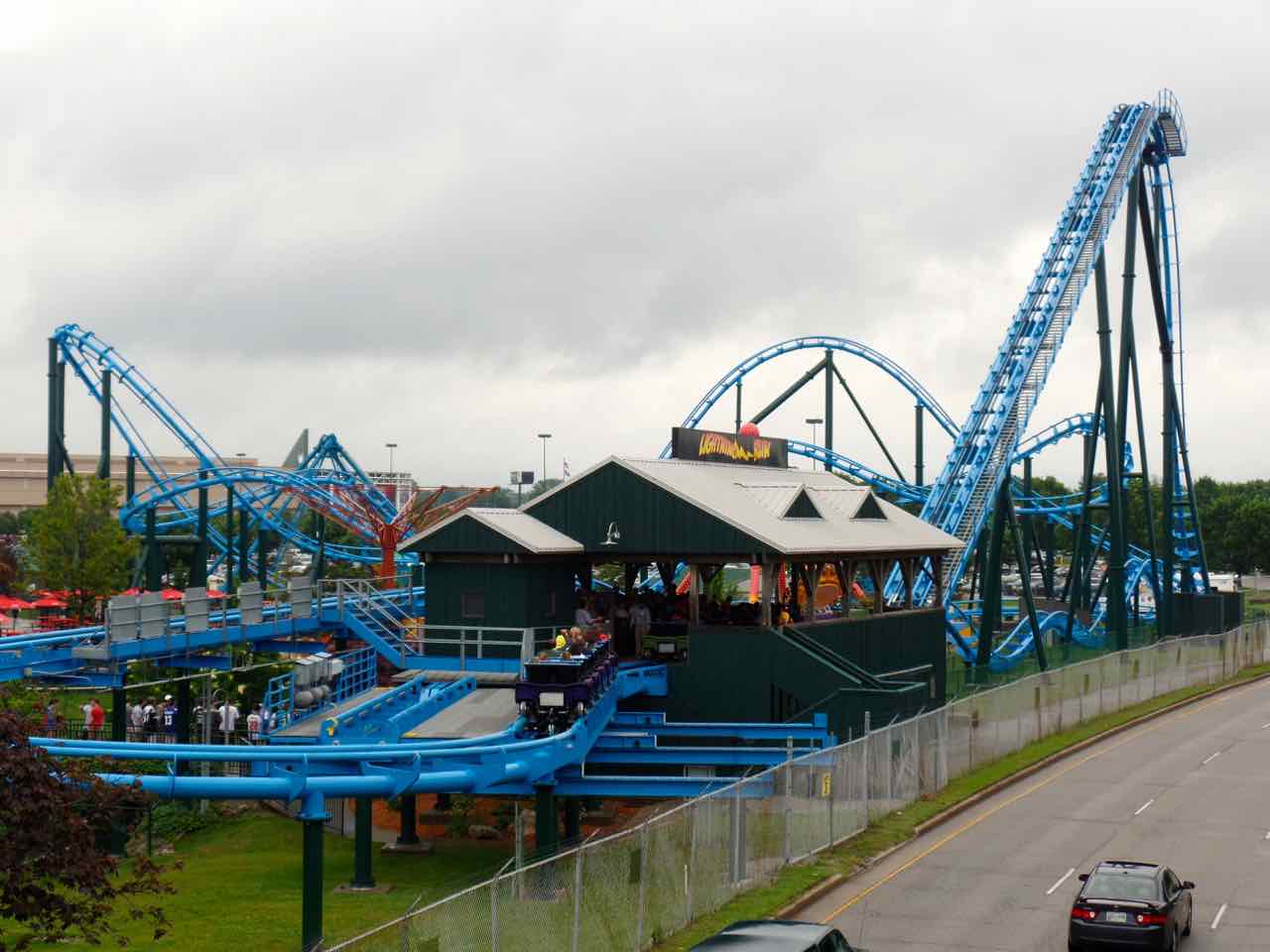 Lightning Run, and several of the rides past it, as seen from the pedestrian bridge connecting the two sections of Kentucky Kingdom. This is a surprisingly lushly landscaped restaurant at Kentucky Kingdom. It's going for a bayou-or-at-least-swampy motif and it does work. If you look at it from an angle where the water park isn't visible the place looks like it's deep in the midst of nowhere, and then you turn along the well-lit, wide-open walkways. 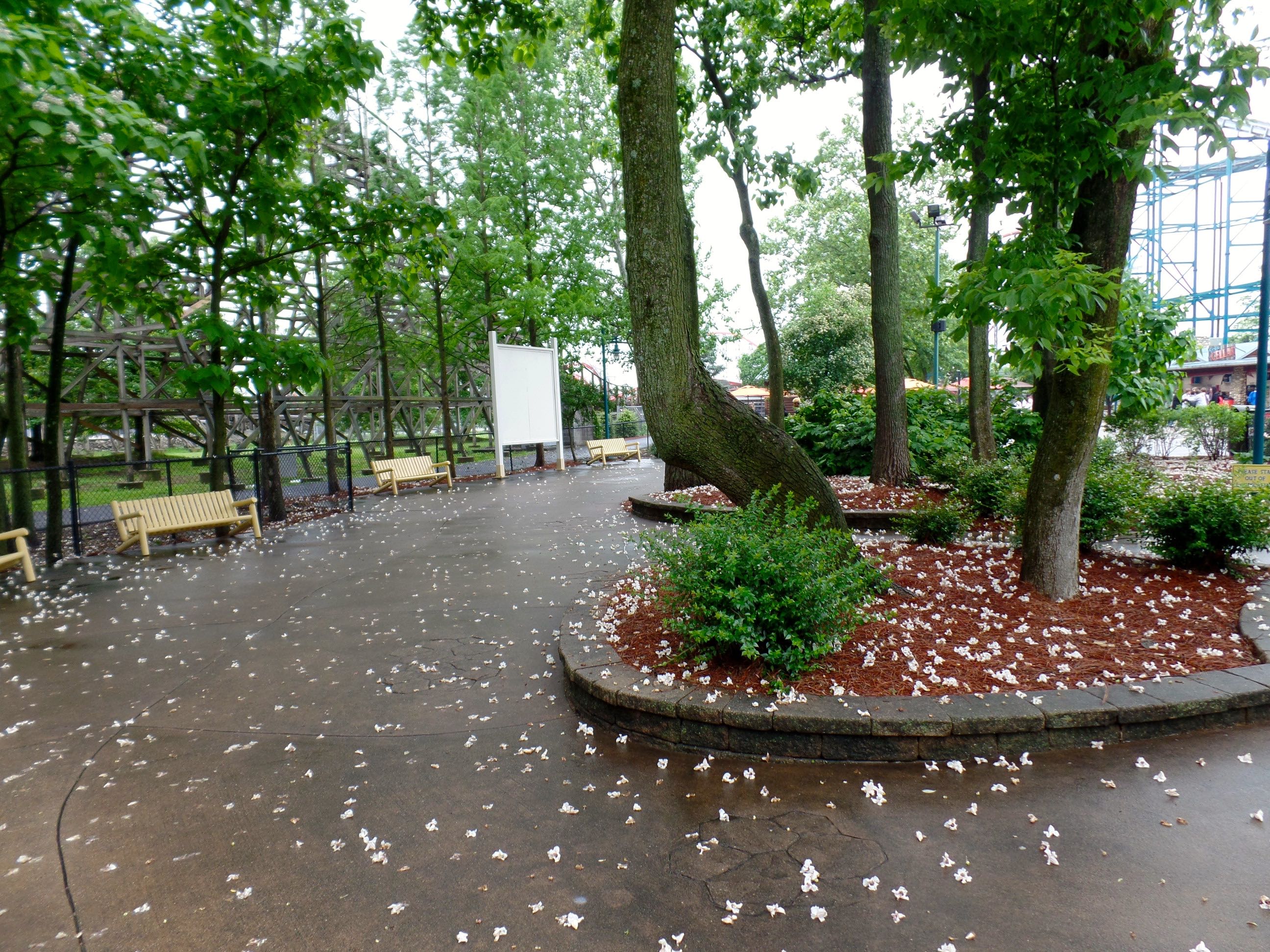 Walkway near Storm Chaser. It had been raining off and on the whole morning and first half of the afternoon, and the sky was grey, and tree blossoms were knocked down by it all, and the place seemed deserted. Nb. 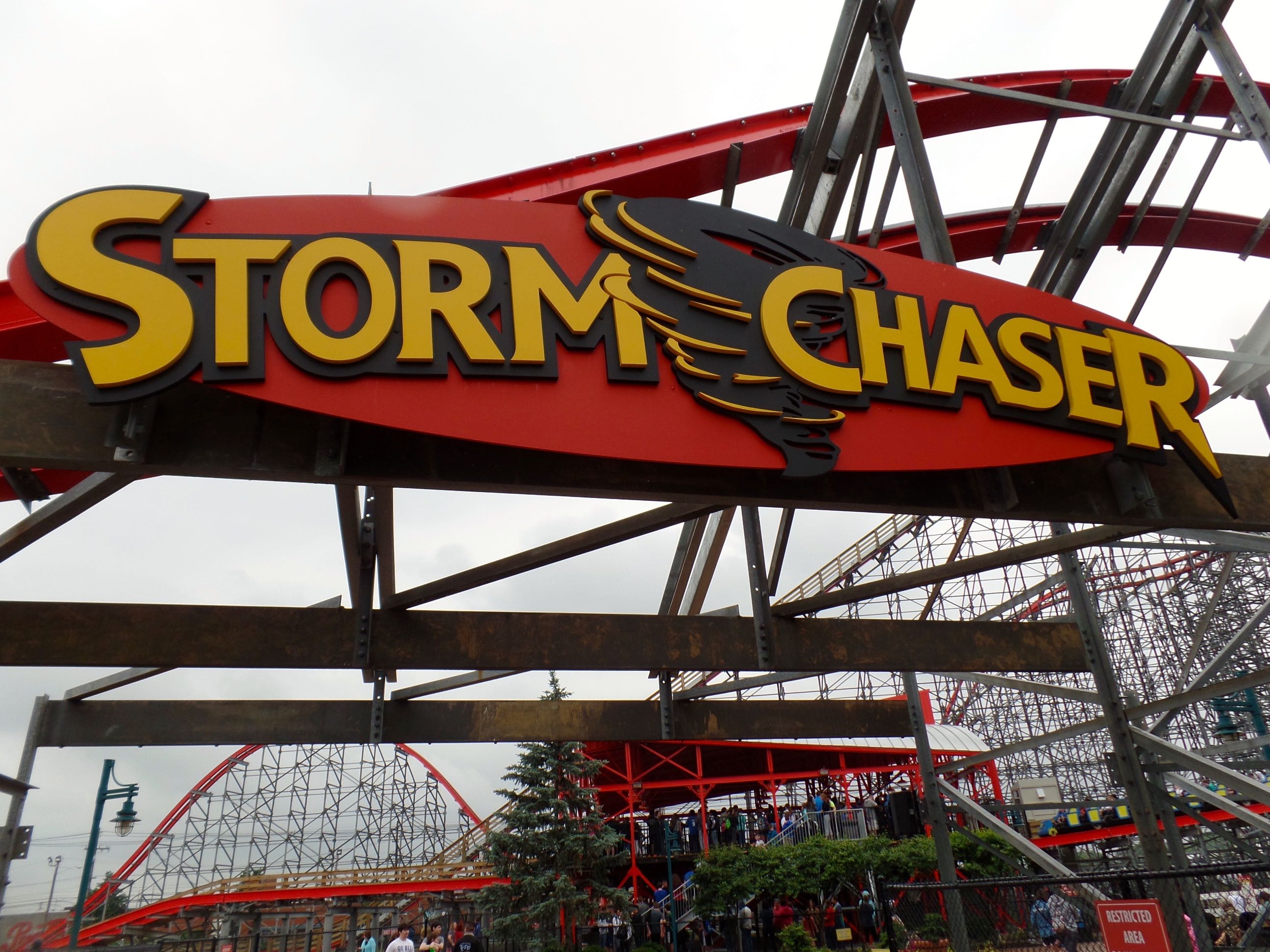 Storm Chaser, the new roller coaster at Kentucky Kingdom and the newest roller coaster we'd ridden. We were there just a few weeks after it opened for the first time. The line was long, but part of that was the ride stopping because of weather. Later it would stop again because the seat restraints got stuck, just like in Roller Coaster Tycoon. 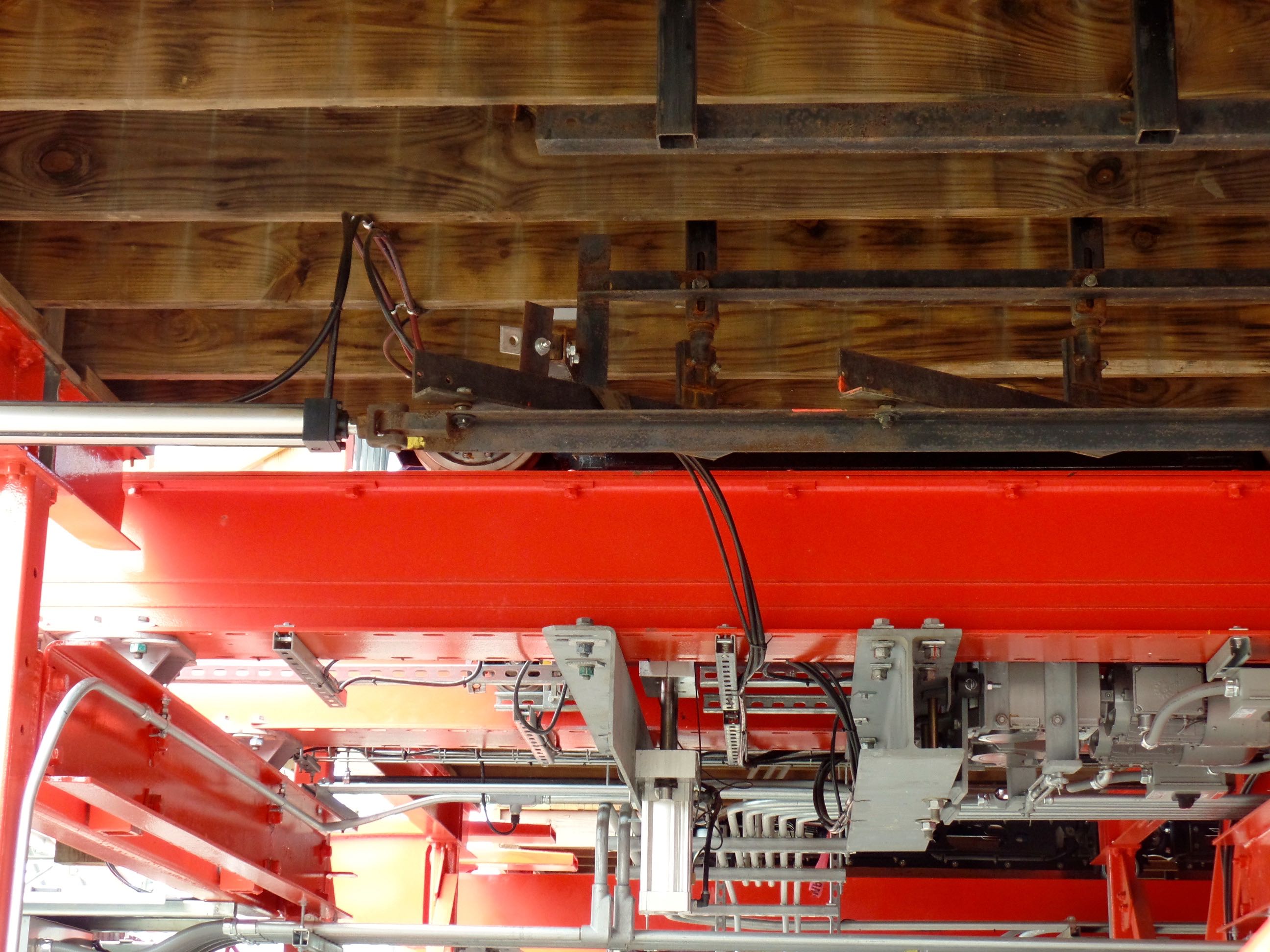 Underneath the Storm Chaser platform. Just above the major horizontal red beam is this thin strip of iron with a couple of L-bracketed pieces stuck on it. This is the mechanism that opens and closes the queue gates in the station and keep people from crowding too near the track. If you're willing to wait around instead of going on to Storm Chaser, you can watch how things work from the underside.

Trivia: The running track at Wembley Stadium was laid down only two weeks before the start of the 1948 London Games, so as to minimize the disruption to the (moneymaking) greyhound and motorcycle-racing seasons. Source: Encyclopedia of the Modern Olympic Movement, Editors John E Findling, Kimberly D Pelle.