And if you're feeling cross and bitterish don't sit and whine

It was another light week on my mathematics blog. If you missed it all and don't have an RSS thingy to do RSS thingies with here's the stuff going on:

So here's back to Kentucky Kingdom again. I figure to have two rounds of photographs left to give you a feel for the day. 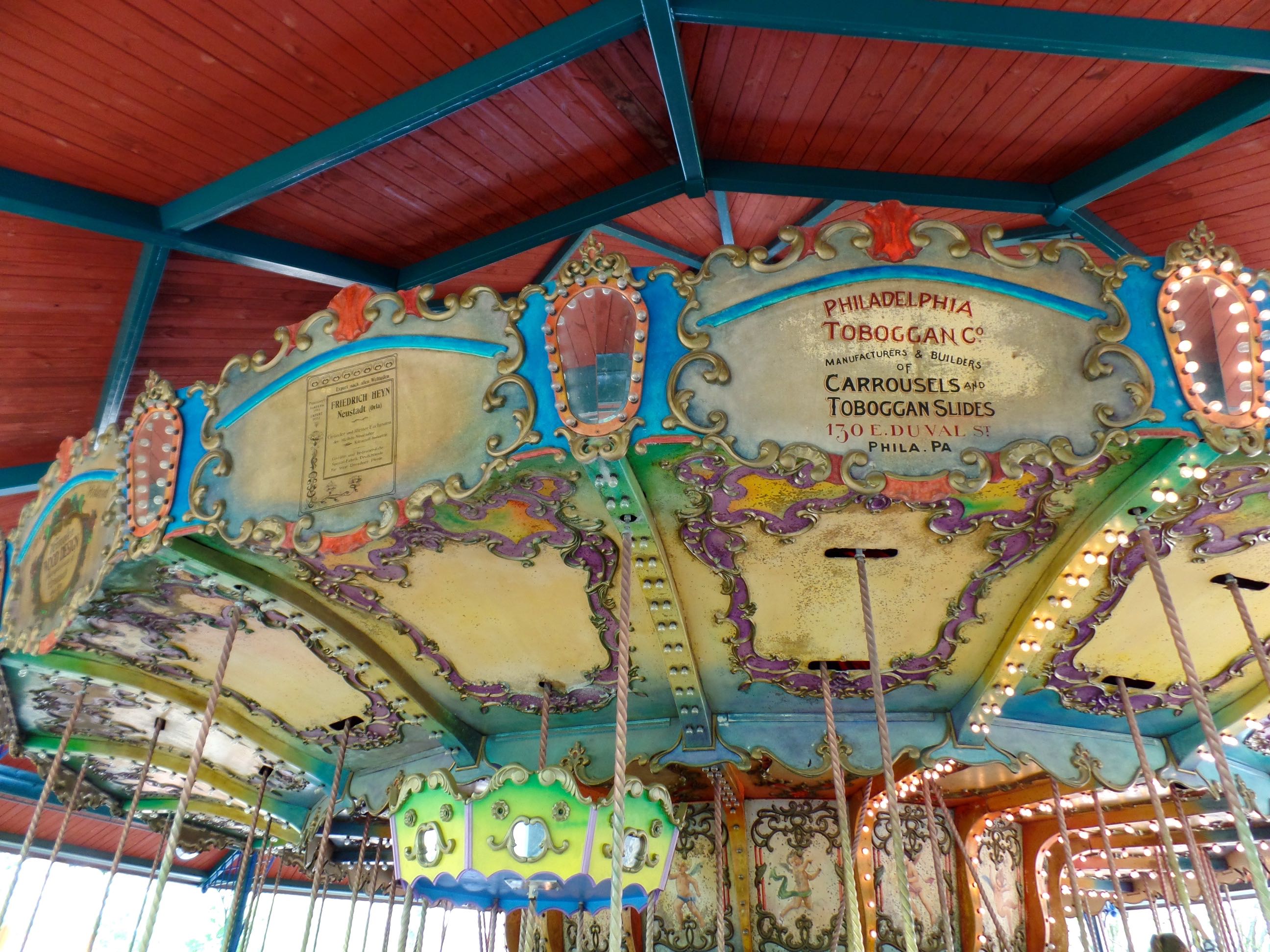 Rounding boards for Kentucky Kingdom's Grand Carousel. They show the logotypes and advertising bills for classic carousel makers, not all of them American. On the left, Friedrich Heyn, was a German carver. The Philadelphia Toboggan Company is no longer a manufacturer of carrousels, but it is still in the toboggan slide business. They just call it making roller coaster trains these days. 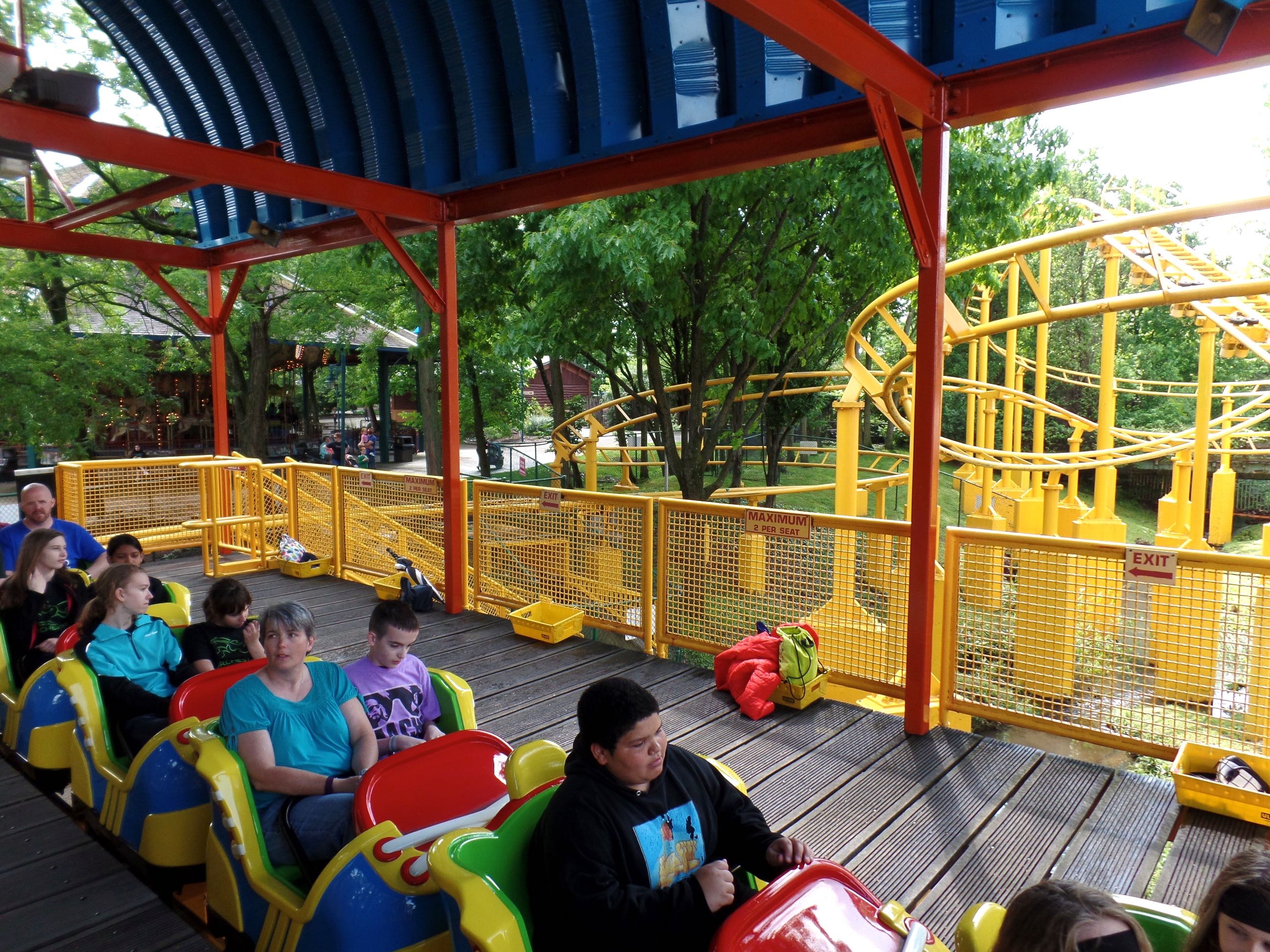 Roller Skater, Kentucky Kingdom's kiddie coaster with appealing shoe-themed cars just big enough to really smash your knees in if you're adult crazy enough to ride it. And yet nearly everyone riding in this picture is an adult for some reason. 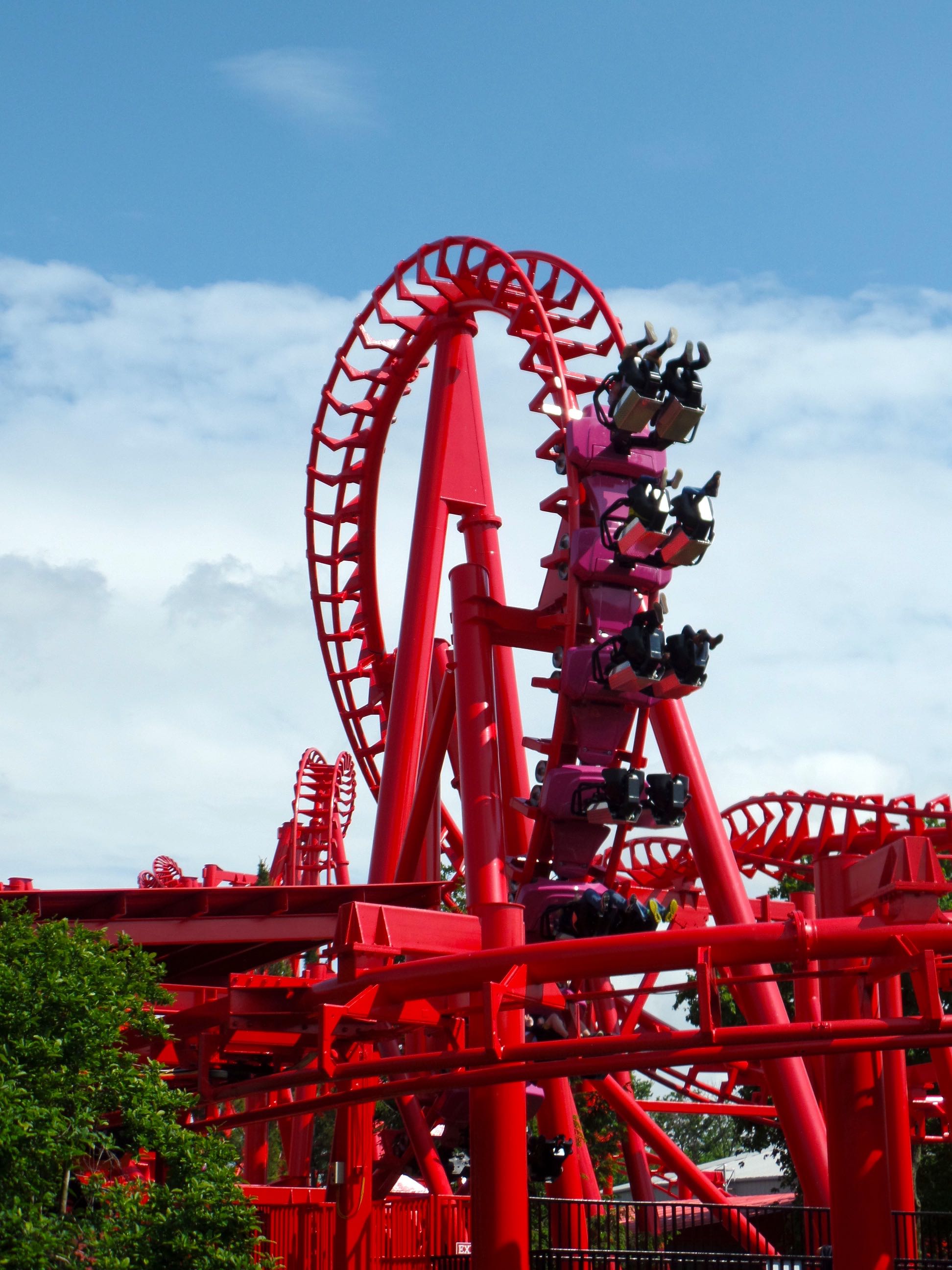 ``Wait, I'm having second thoughts about this!'' One of the many loops on T3, Kentucky Kingdom's near-twin to the Thunderhawk at Michigan's Adventure, formerly Thunderhawk at Geauga Lake. T3 was formerly known as T2. T3 rides better than Thunderhawk as it hasn't got a restraint system that boxes the ears of the rider. 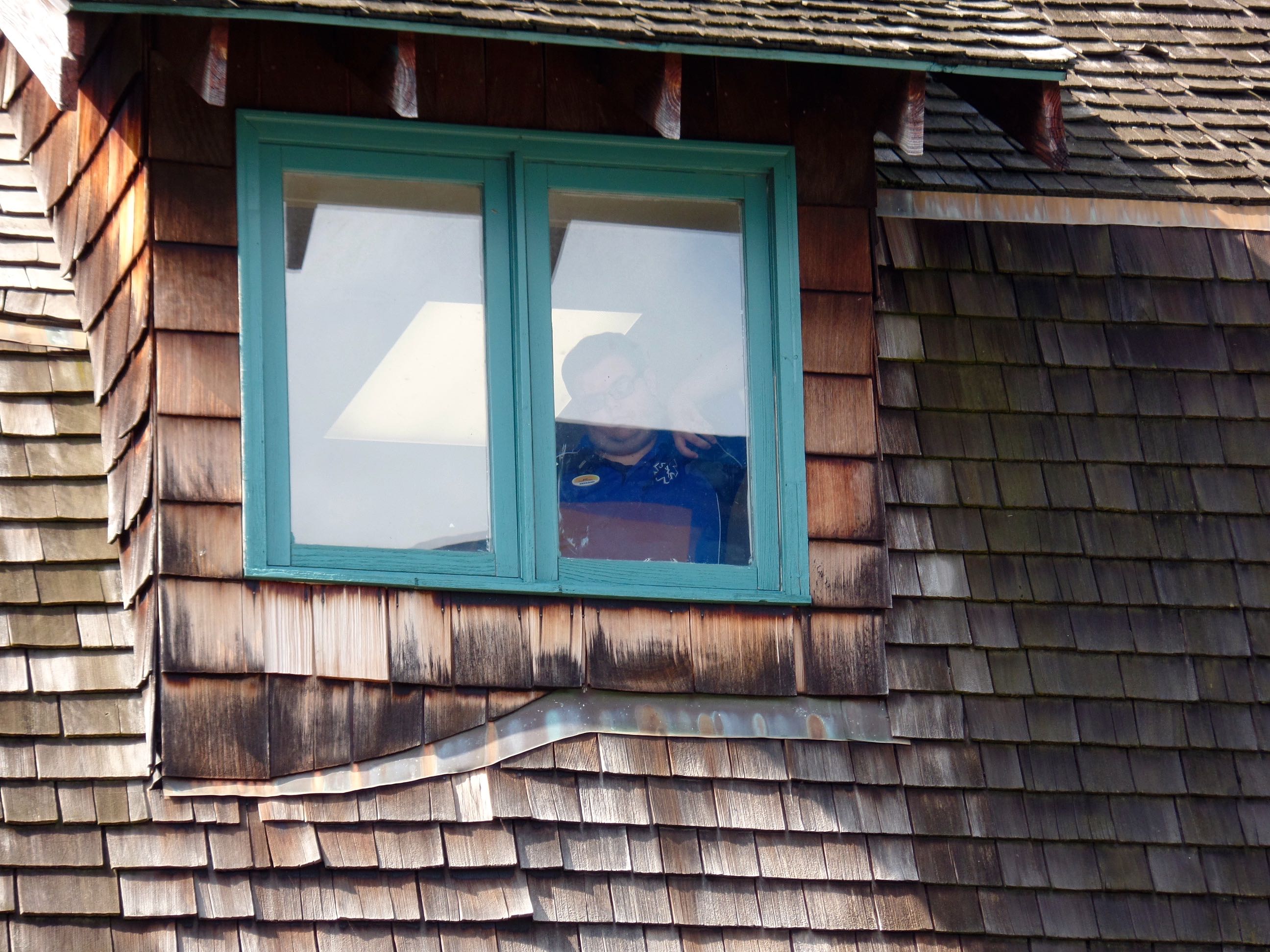 Just some guy watching the park goings-on from the second-storey window of a Kentucky Kingdom building. Nothing creepy going on here at all. I'm sure he's supposed to be there. 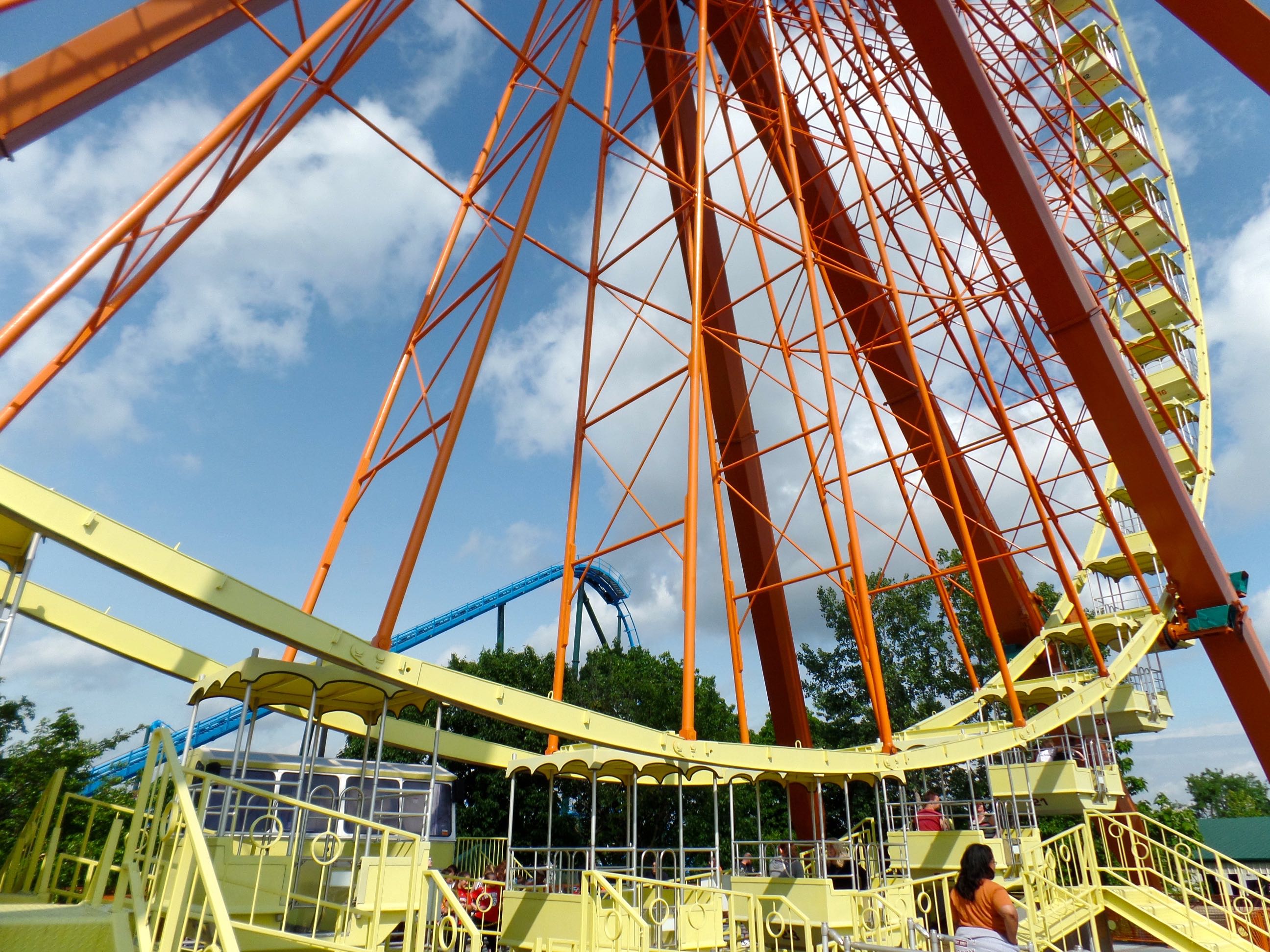 Kentucky Kingdom's Giant Ferris Wheel totally obeying the laws of perspective and not a weirdly misshapen ellipsoidal lump rather than a large circle.

Trivia: The number of cattle, pigs, sheep, poultry, and horses in Germany's rural Lower Saxony declined less than four percent between December 1944 and the summer of 1945. Source: Germany 1945: From War To Peace, Richard Bessel.