I've got eyes to see with, ears to hear with

My mathematics blog, as seen on your Friends page or maybe in your RSS feed, had another light week. I spent more time working on the Why Stuff Can Orbit piece than I'd figured on. Next week will probably be back to something more like normal. Meanwhile, here's what you missed since last Sunday:

I've got 21 more pictures of Holiday World I want to share and to break them up logically I'm just going to do seven at once the next couple entries. So, you know, enjoy. 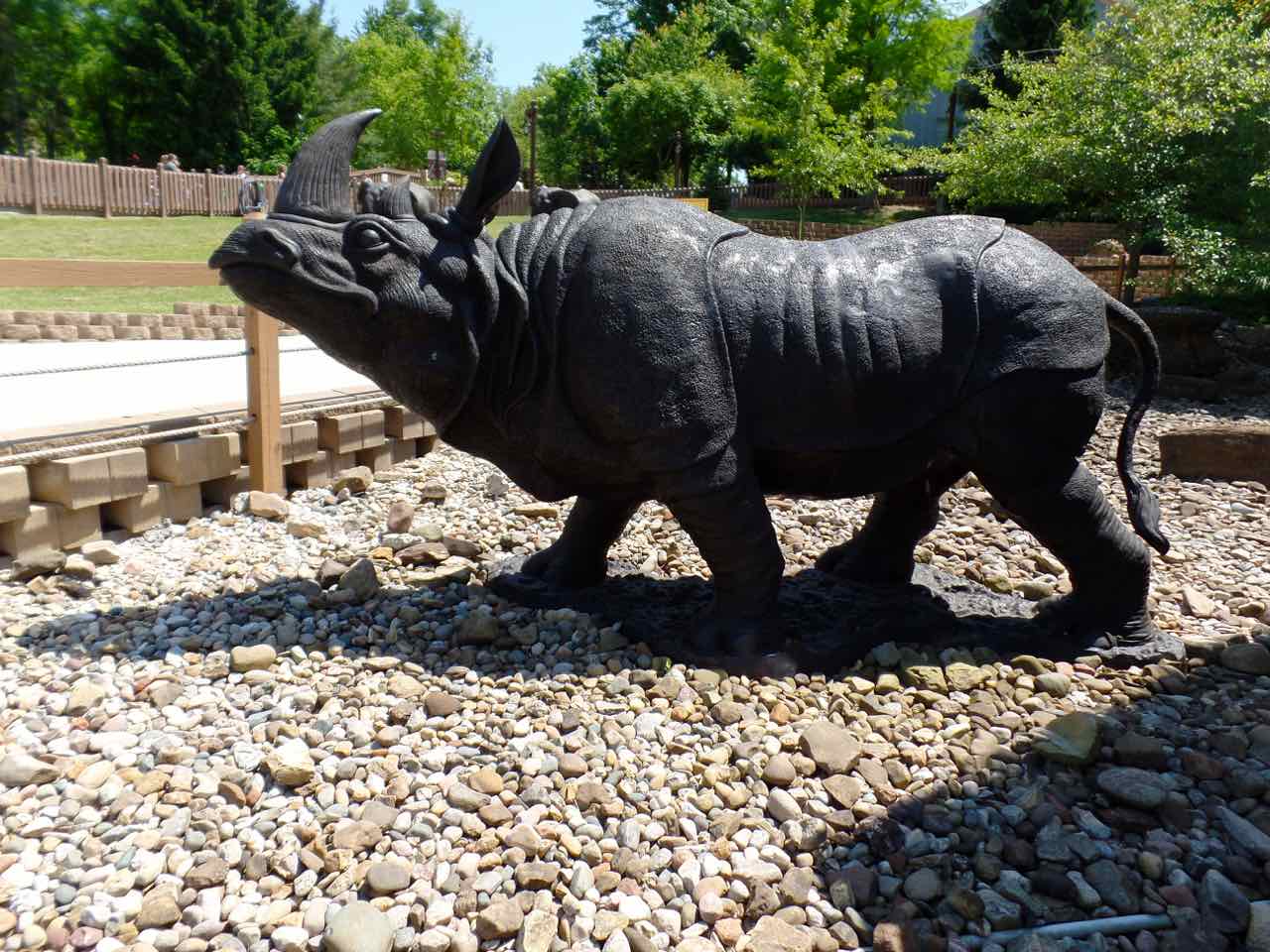 Themed elements at Holiday World. The rhino statue is near the water park. I do not know, but I suspect, it might have once been at the Giraffica ride that closed a few years ago. 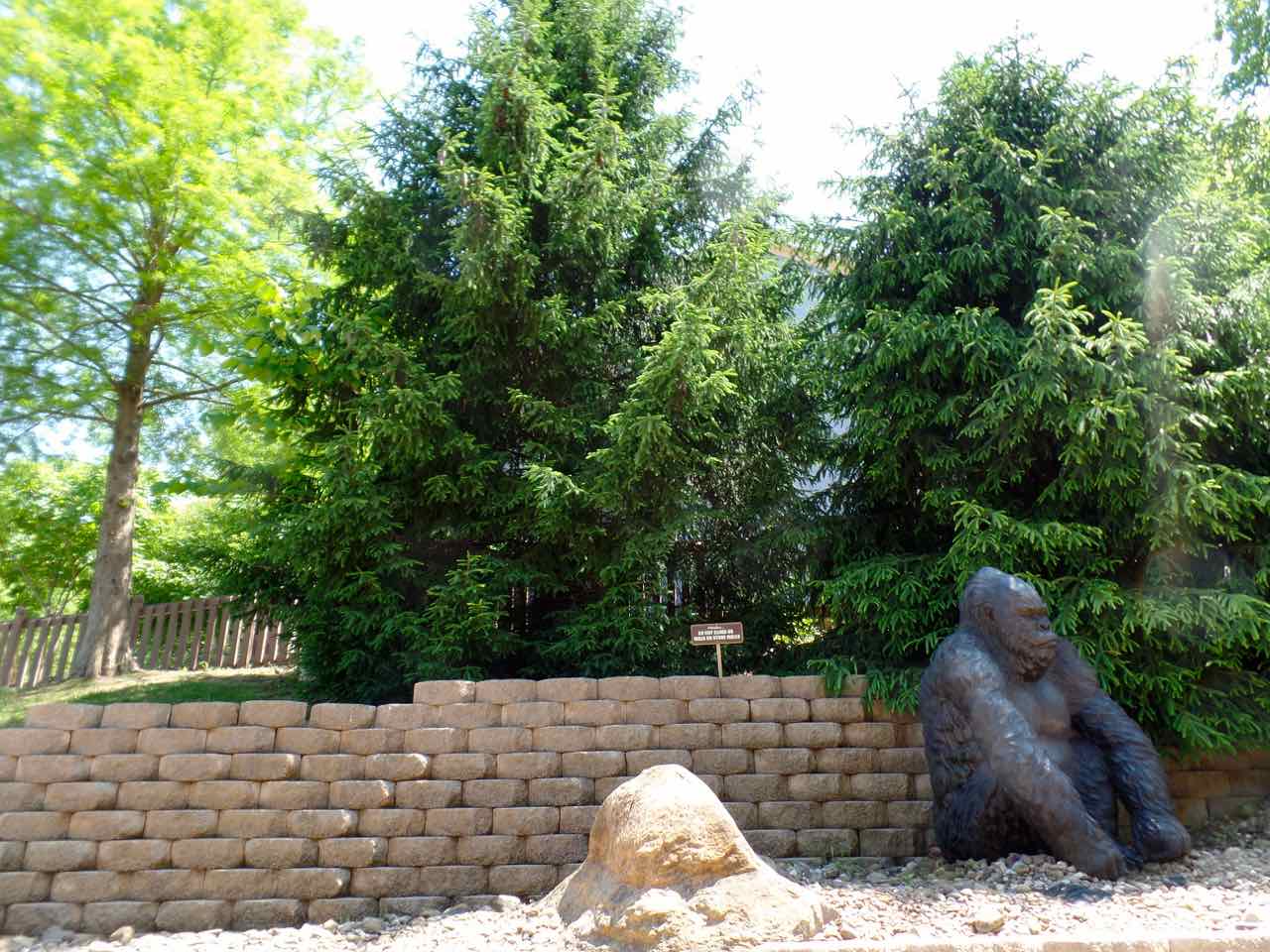 Also near the water park, a mock gorilla. Pretty big one, too; it's taller than I am without even standing up. 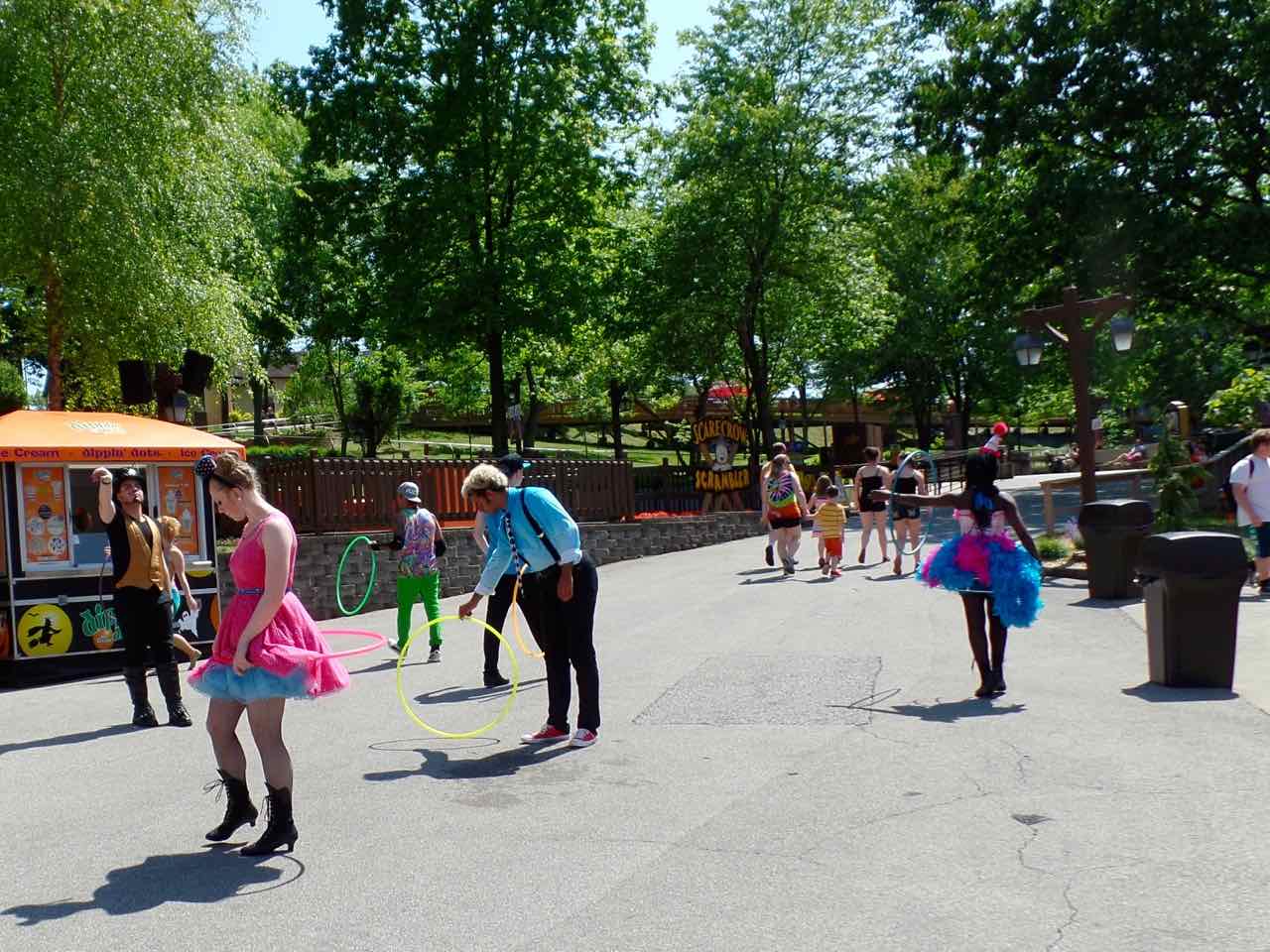 Look out, it's entertainment! A squad of people encouraging the crowd to do fun stuff like be around hula hoops, spotted wandering around Halloween. All the people with hoops are performers. There wasn't a large crowd when this got started. 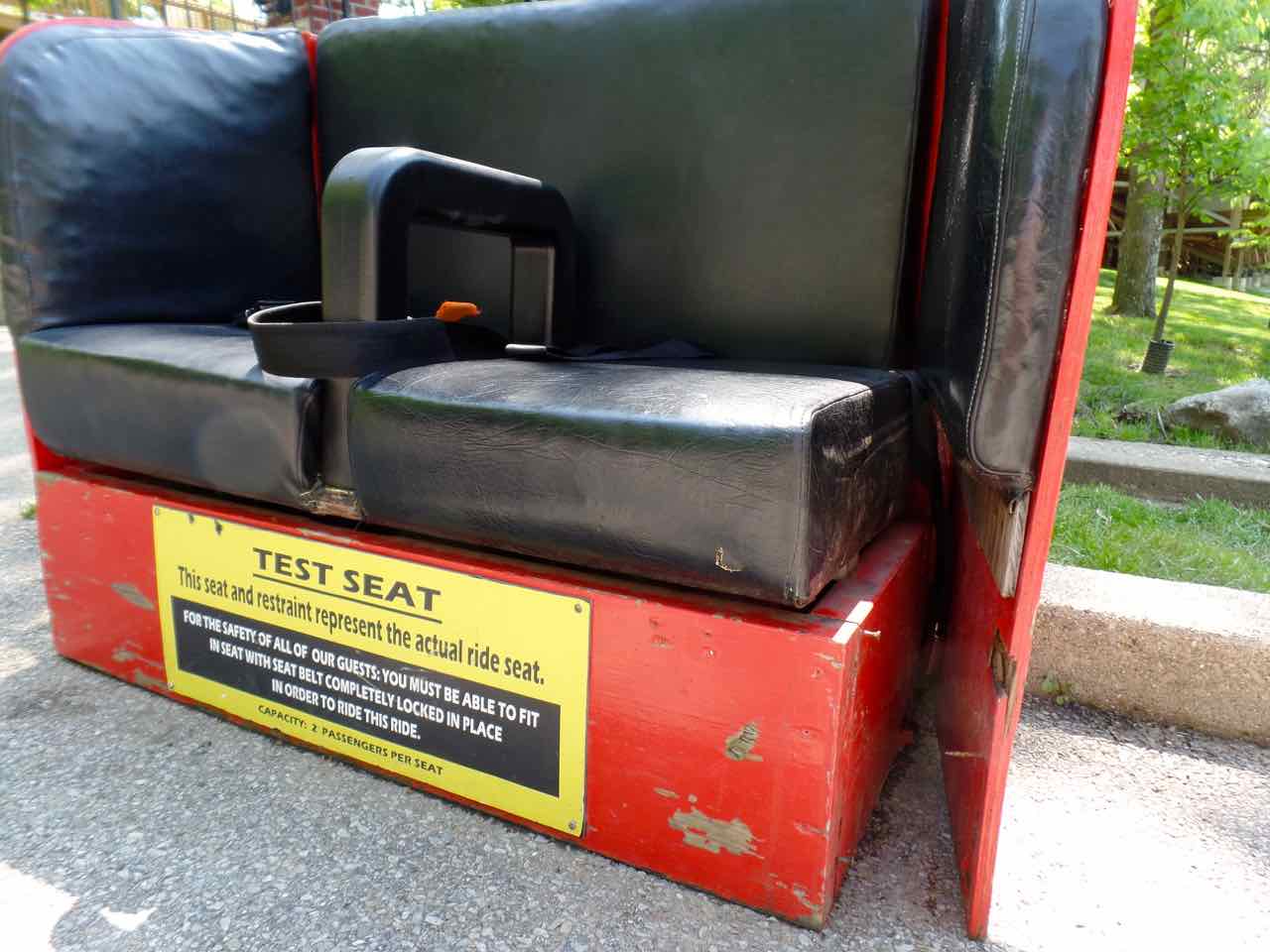 Test seat: Failure. From outside the Raven wooden roller coaster. 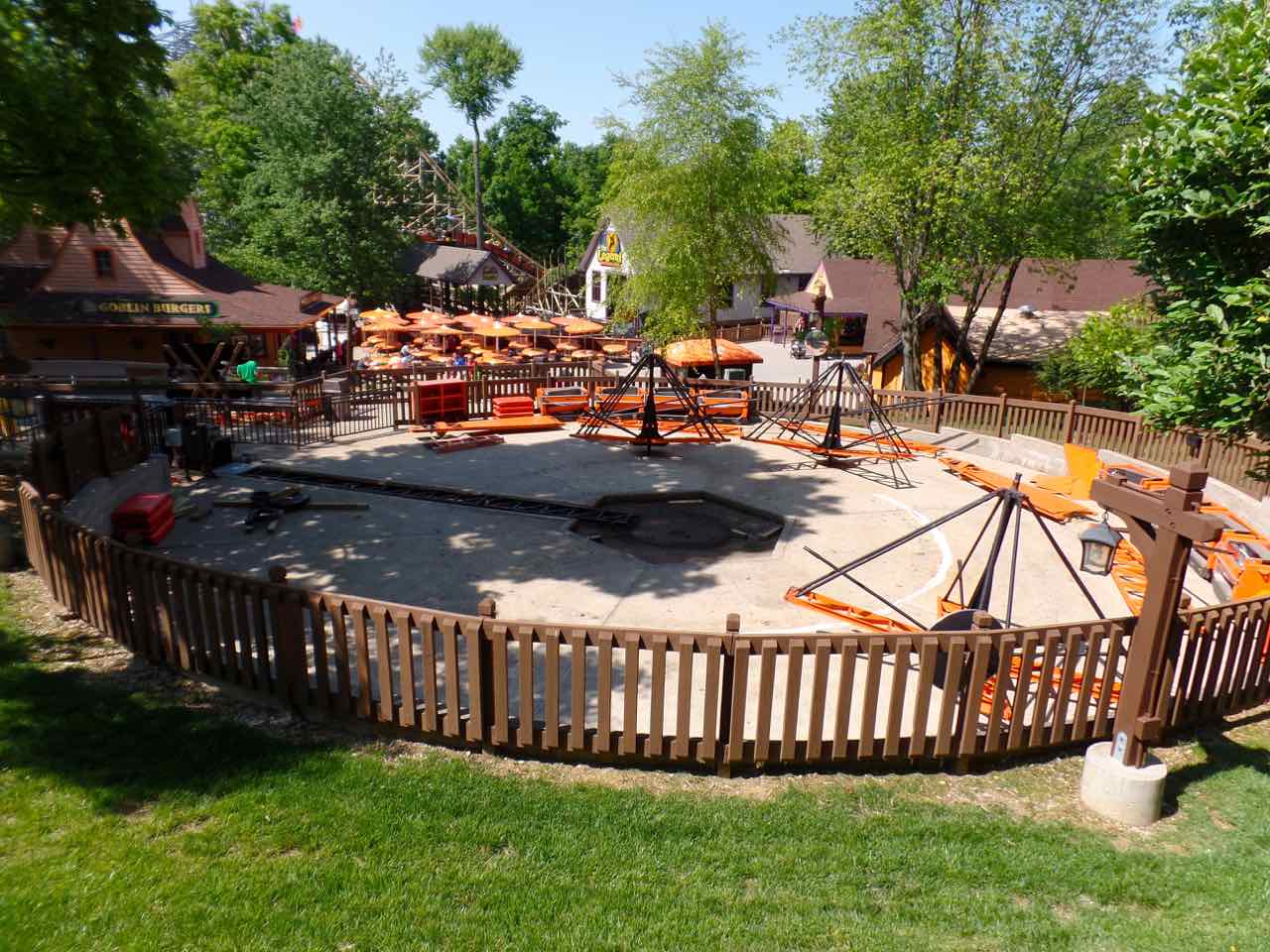 Is anything more interesting than rides that've been disassembled? I mean if you aren't actually looking to ride something specific. This was, I think, a Monster ride, one of those ones with lots of spinning carts on the end of limbs that go up and down. 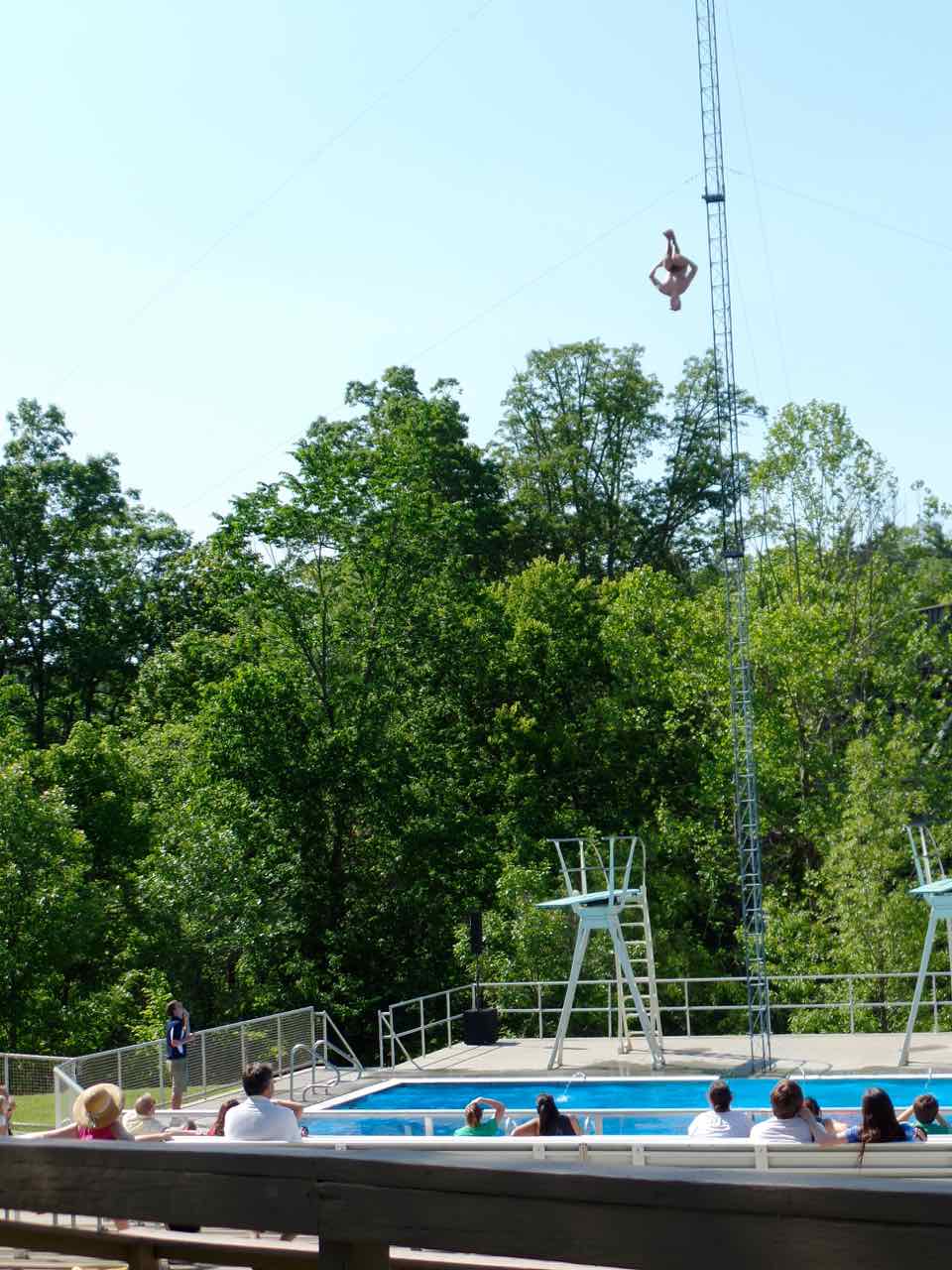 The high dive show takes a break from its comedy bits to do some people plummeting. 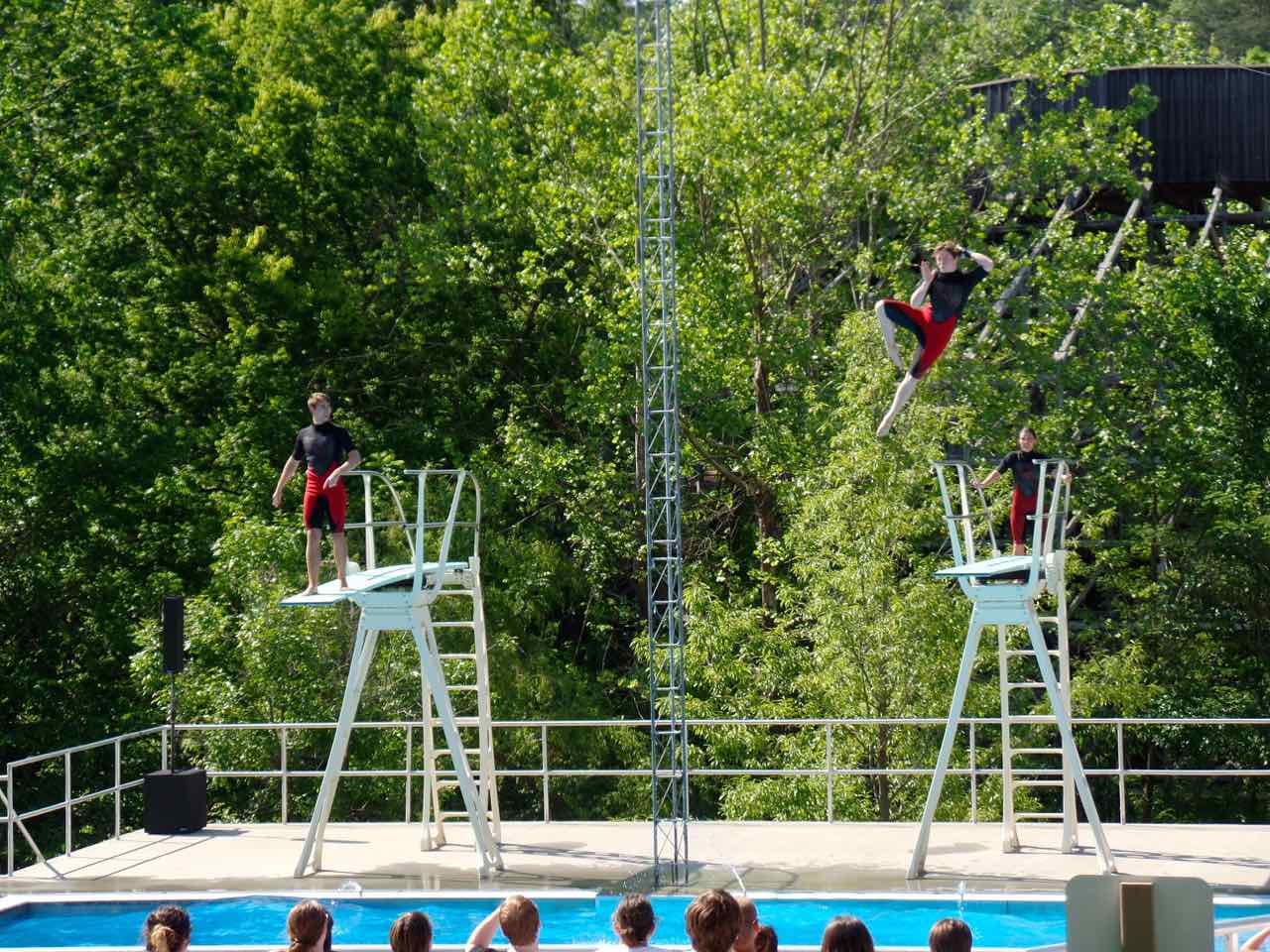 And in the high dive show people plummet while wearing outfits. And making ostentatious poses.

Trivia: The recipe for reinforced concrete (ten inches thick) as recommended by the Lincoln Highway Association was, when the committee began work in late 1920, two years old. Source: The Big Roads: The Untold Story of the Engineers, Visionaries, and Trailblazers who Created the American Superhighways, Earl Swift.

Currently Reading: Flash Gordon On The Planet Mongo, Alex Raymond, Don Moore. Editor unnamed. And then you come to the bit where Dr Zarkov is nearly defeated by madness-inducing flying squirrels.