To my amazement there stood a raven

It's been another full week on my humor blog. If you didn't care for it on your Friends page or your RSS feed I understand. I'm not sure how I feel about reading it there either. Kind of weird, mostly. But here's the past week's links for you anyway:

With that entered let's go back to Cedar Point and late June, our trip from just before our anniversary. 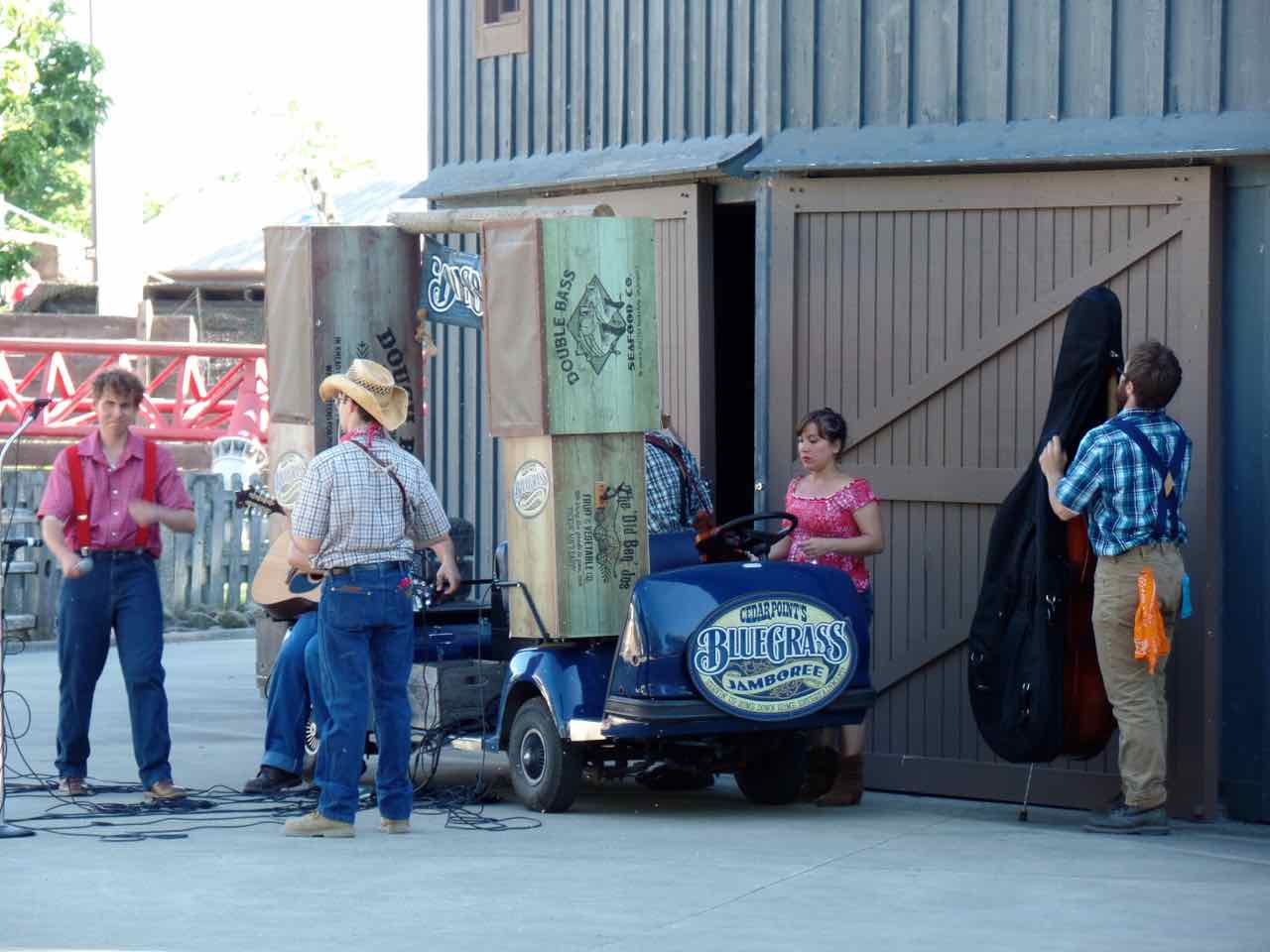 Live entertainment! That's been returning to Cedar Point in recent years and here we caught folks, I think, setting up outside what used to be the Frontier Carousel's building. On another visit I think this equivalent group did an acoustic version of Kiss's ``I Wanna Rock And Roll All Night'', as they will. 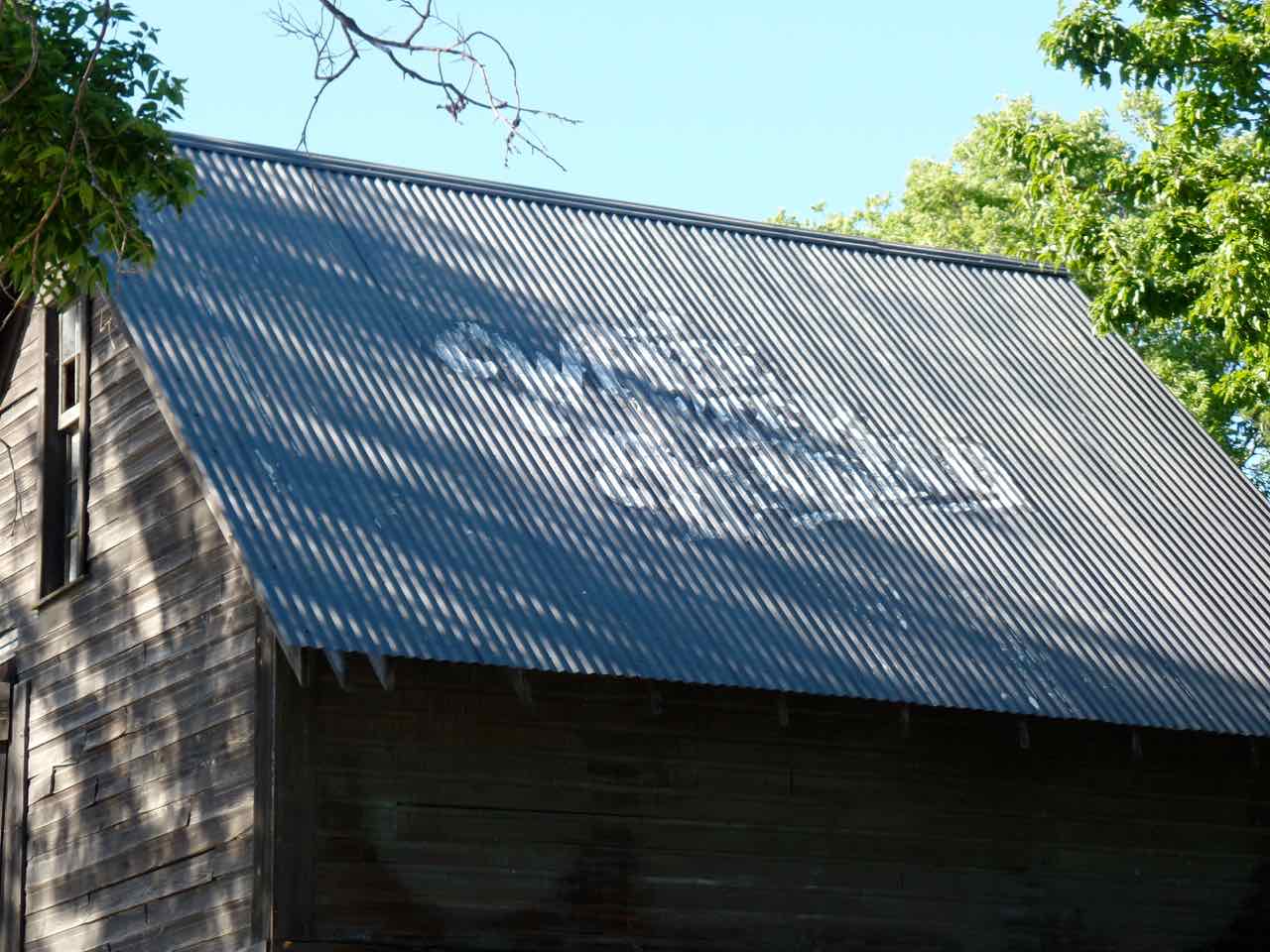 The Maverick roller coaster replaced the White Water Landing log flume in 2005. Yet every year the logo for the old ride is still there, on the roof of the Maverick gift shop's building. It's a little more faded every year but it's there, making the Western-themed area feel a little more authentically ancient. 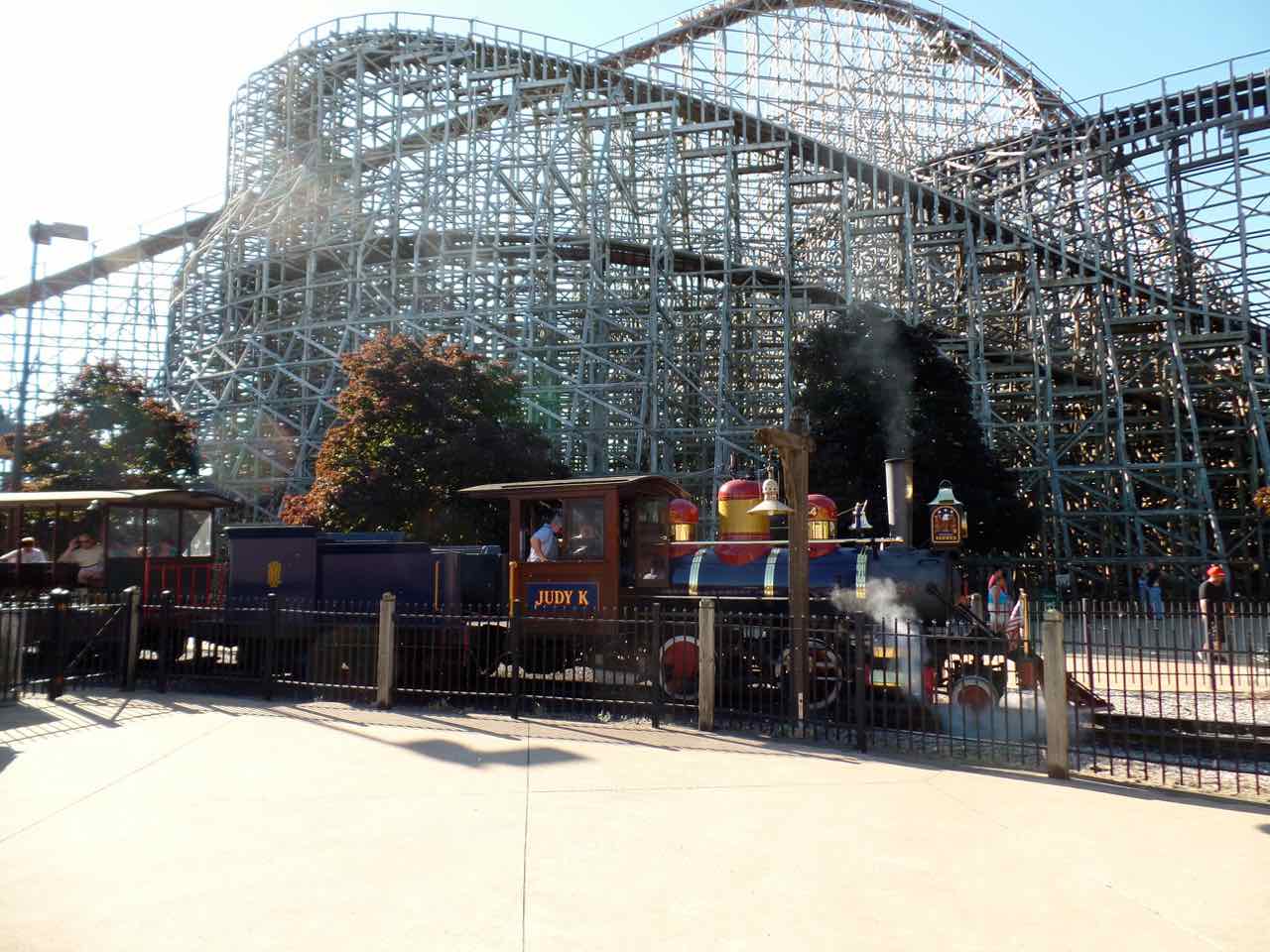 The Judy K locomotive puttering along in front of the Mean Streak roller coaster. The locomotive rides all have engines that were once in actual working productive service; the Judy K's, I believe, used to run for some industrial purpose near Lansing. There are trainspotters who go to Cedar Point to follow these engines and doesn't that make your life a little more wonderful yet? 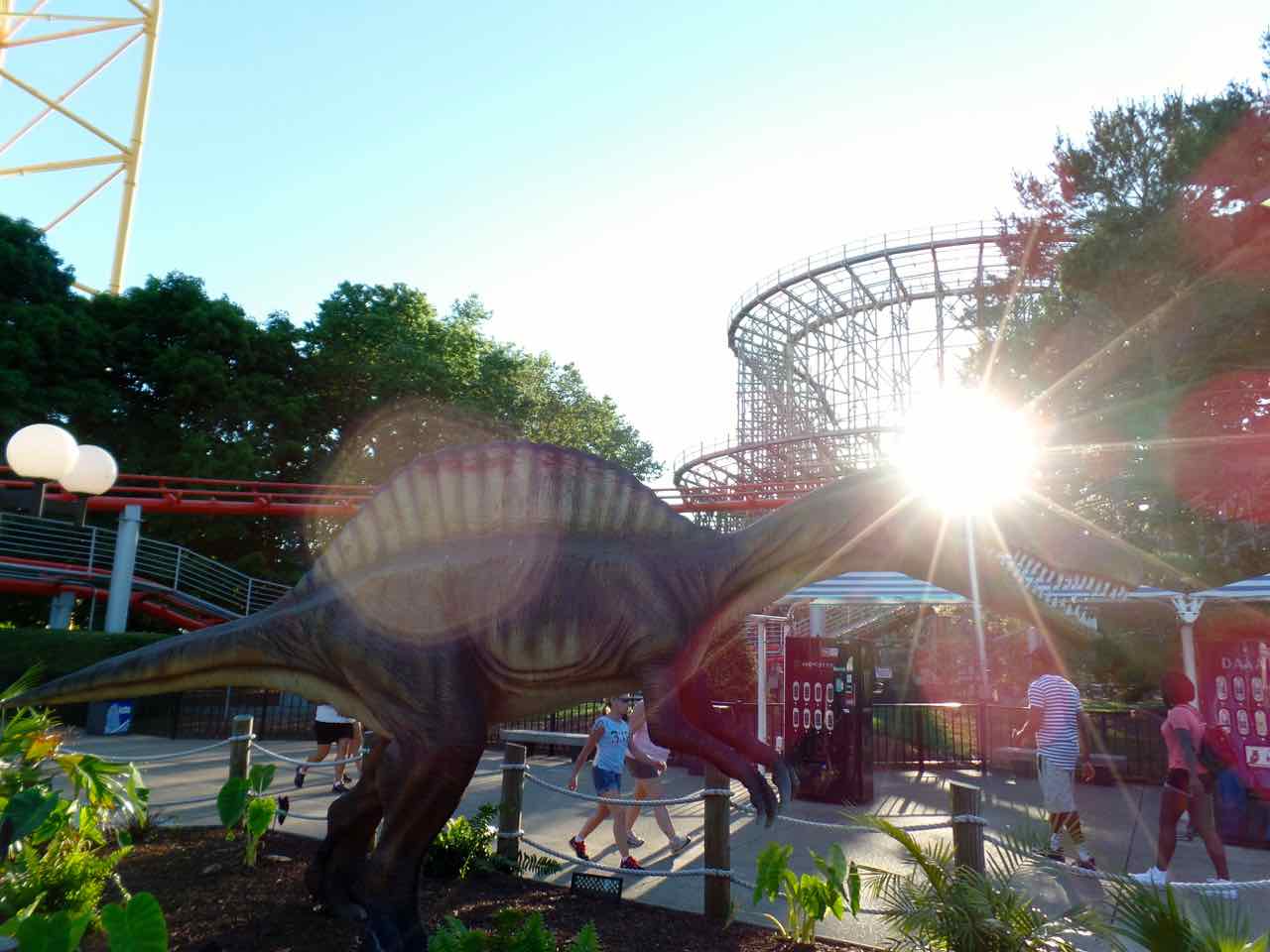 Sunset as seen from near the Hotel Entrance. The Gemini roller coaster's the big structure in back. The dinosaur is there to entice people into the Dinosaurs Alive! upcharge attraction, fifty animatronic dinosaurs and related figures in an attraction that everybody kind of forgets is there. They add something to the view from Millennium Force, anyway. 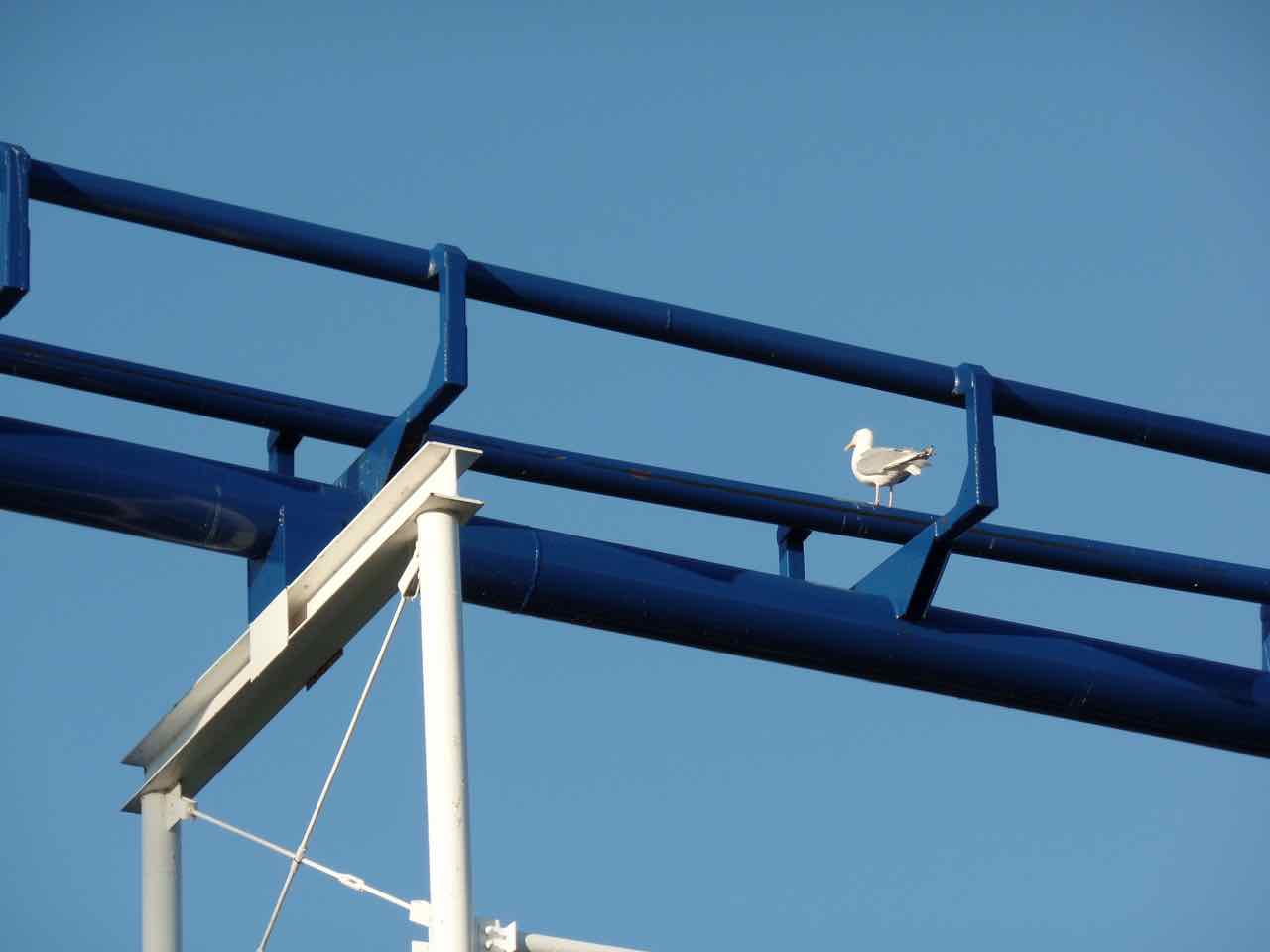 Seagull really confident he'd hear it if a roller coster were anywhere near. 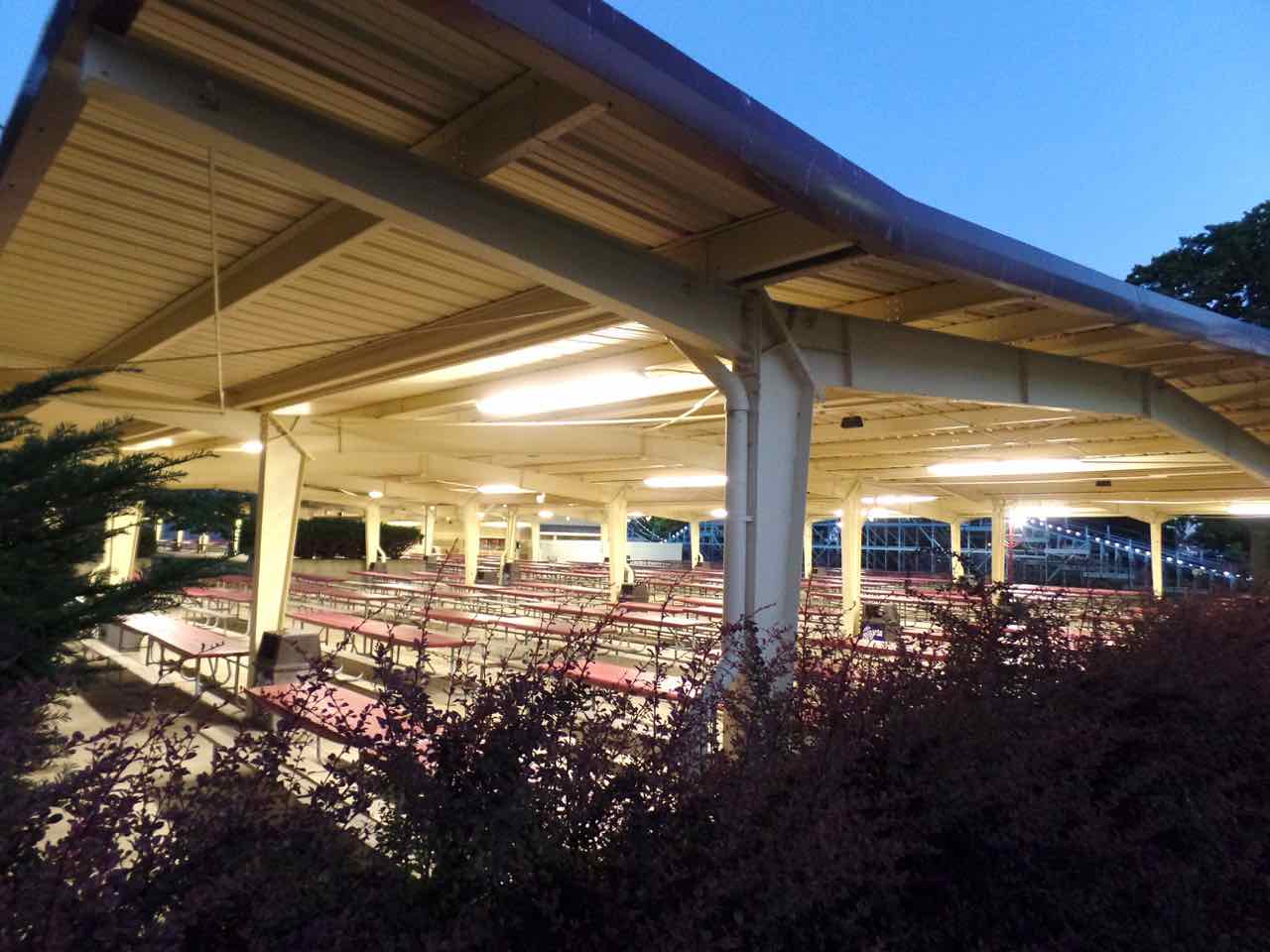 Another of those things you never notice and then one year you get back and they're gone: picnic pavilion near the front of Cedar Point. I have the suspicion it might have been installed or renovated in the 1960s for some reason.

Trivia: On 7 February 1891 Herman Hollerith announced he had a deal with the Austrian government: he would build a dozen tabulating machines for the census taken December 1890 but not to be processed until October. Source: Herman Hollerith: Forgotten Giant of Information Processing, Geoffrey D Austrian.