Hey, remember my mathematic blog? I'm not writing about that right now. It's my humor blog instead. See? You have this right on your RSS feed. Anyway, if you haven't been paying attention to it then this is what you've missed this past week: 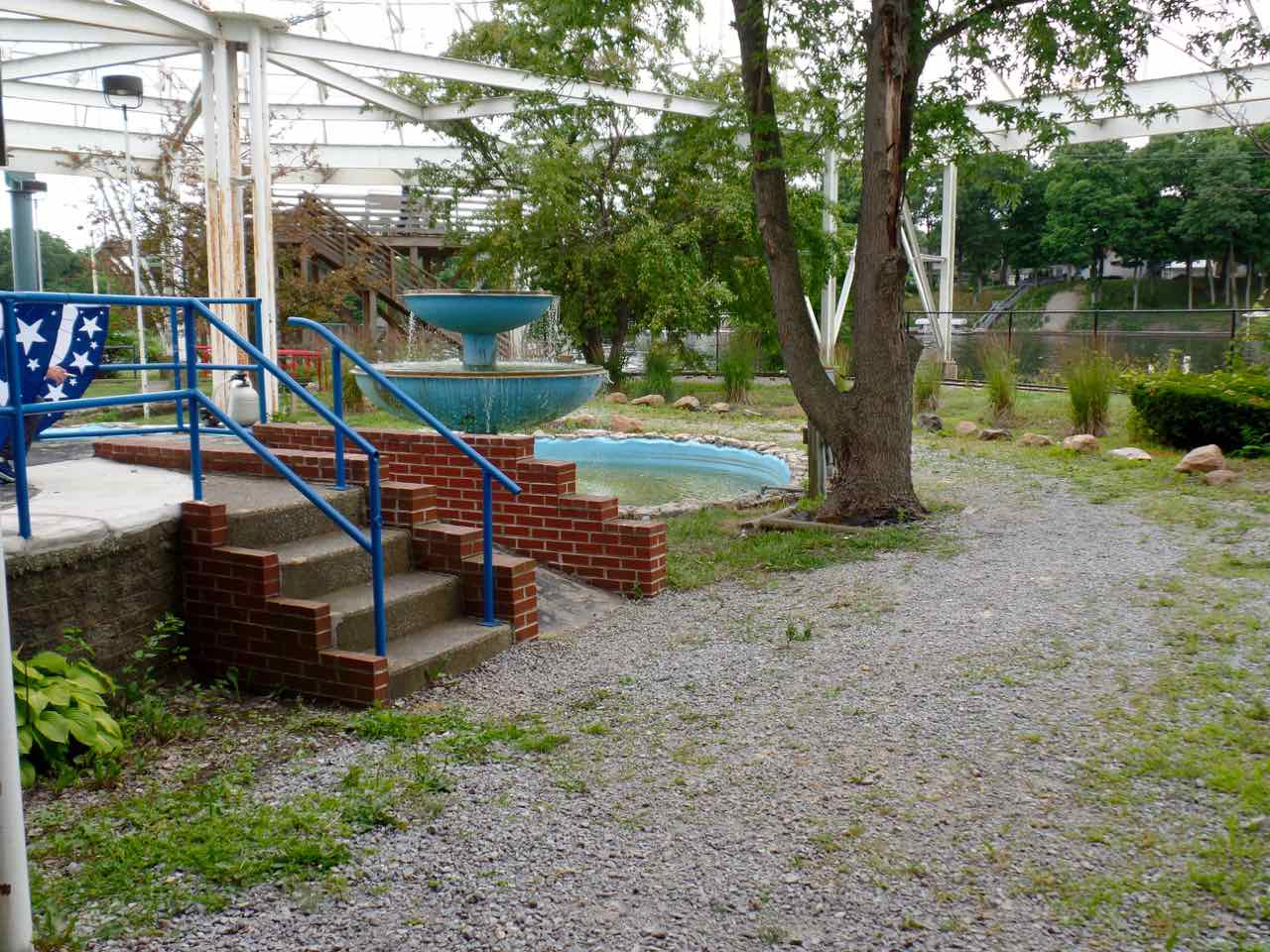 A little park, and smoking area, on the way far end of the park. The loop of the miniature railroad is visible at the far end there. It's also just past the end of the Hoosier Hurricane roller coaster. It feels deserted. Note the mid-century minimalist fountain that's functional but also pretty rusty. 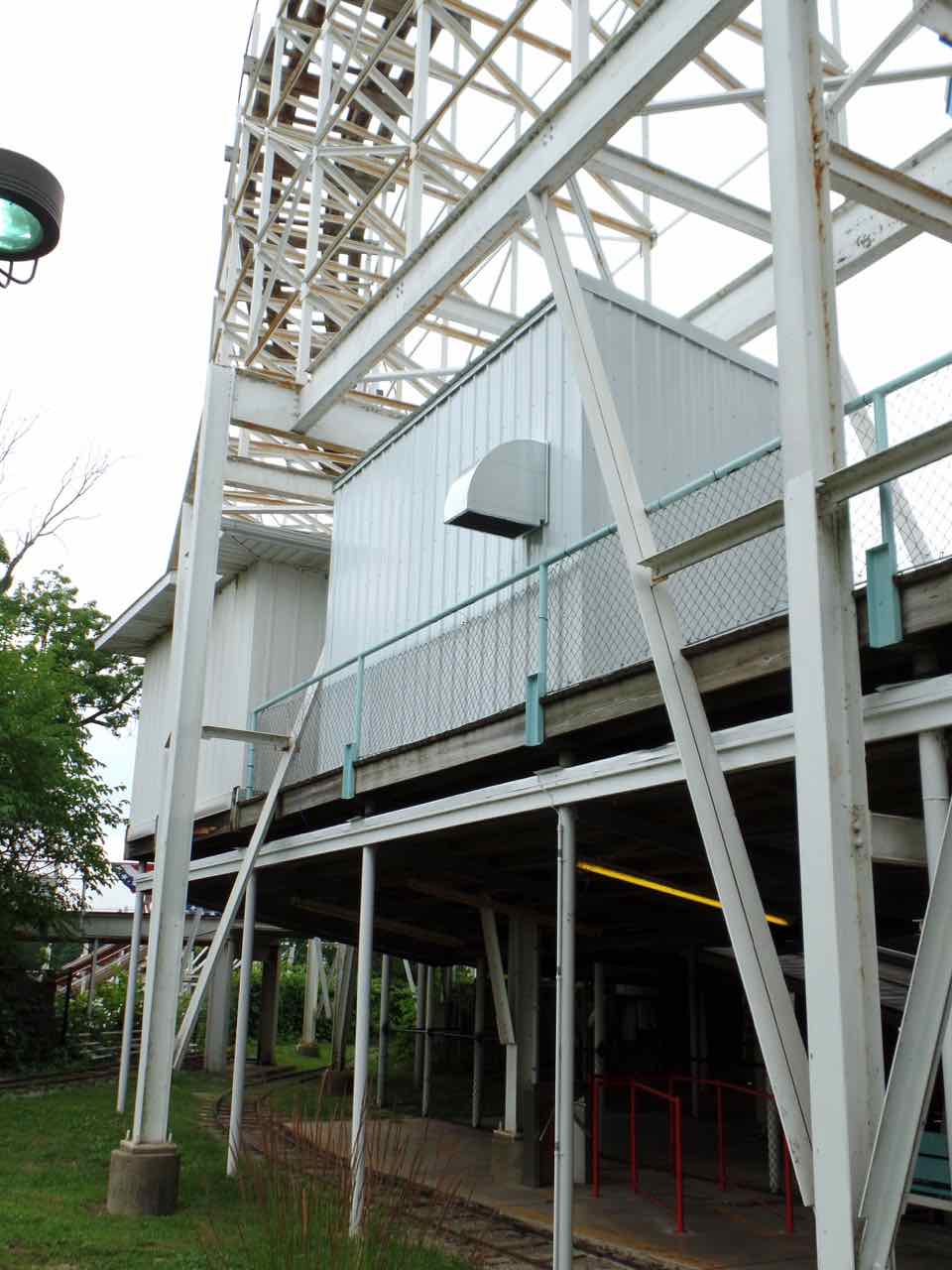 Looking back from the little park: the station for the Wabash Cannonball miniature railroad. It's underneath the Hoosier Hurricane roller coaster. 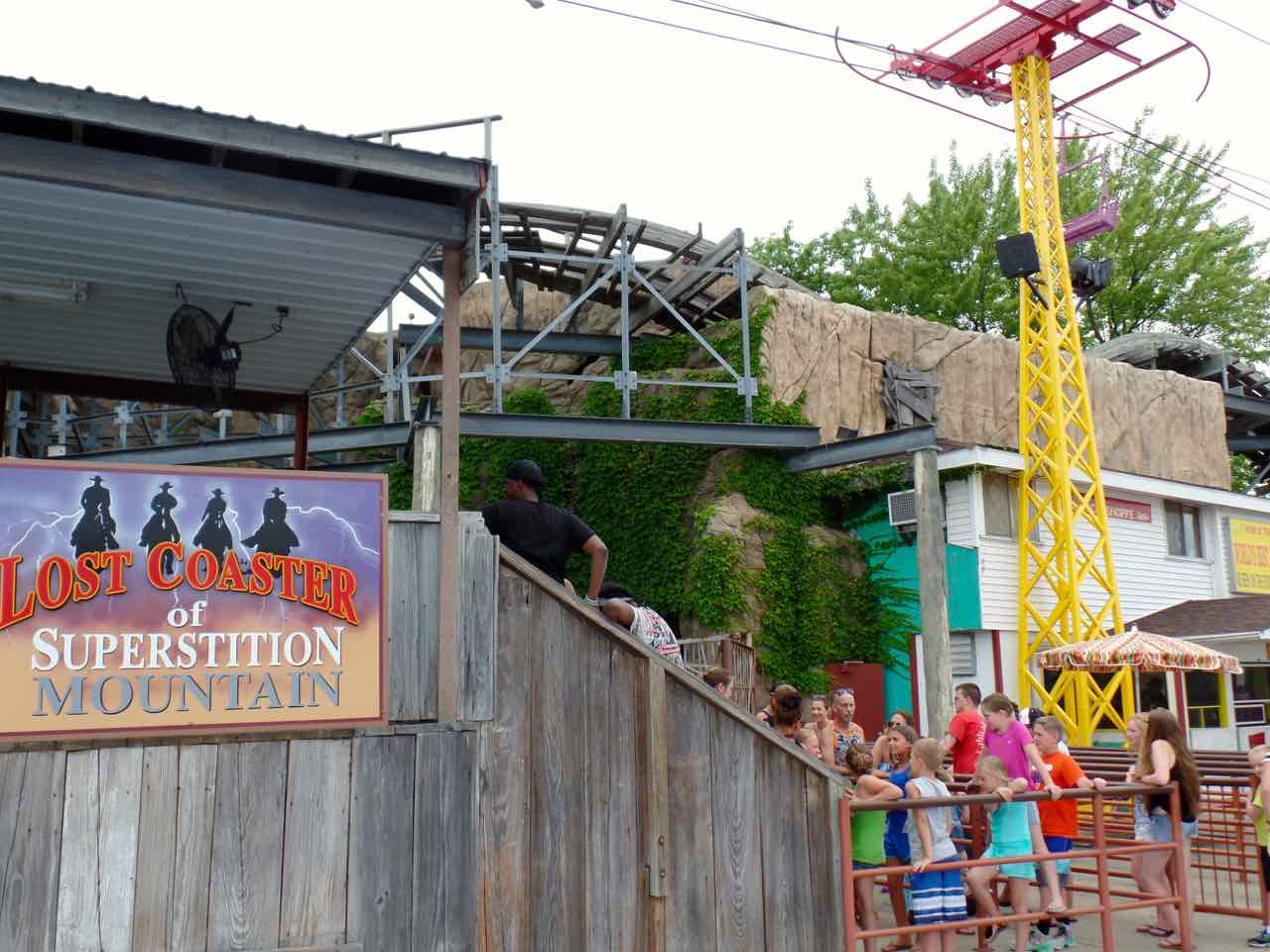 The biggest queue in the park: Lost Coaster of Superstition Mountain, a wooden roller coaster built, incredibly, into the buildings that used to be a dark ride. It was closed for the 2015 season and erratic for years before that. The park's new owners got it up and running and I guess everybody wanted to ride it, as they should, since it's a fantastic ride. 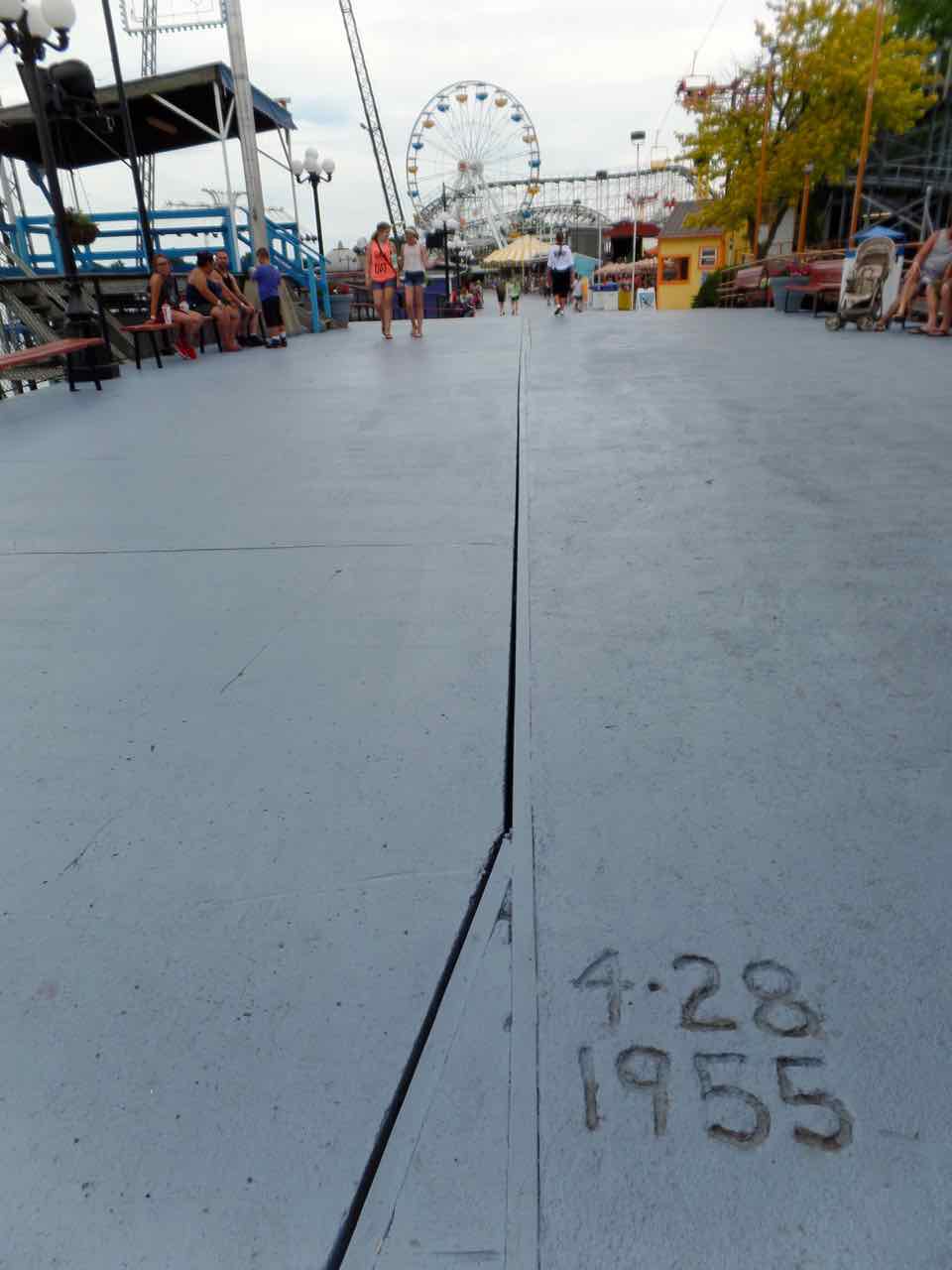 Date carved into the ``boardwalk'' concrete. This is part of a relatively quiet stretch of the park. April 1955 is when the park really expanded. Before the war it had been mostly a beach with a picnic area and attractions like a dance hall. In 1947 it got a Kiddieland package, and in 1954 reclaimed land from the river/lake. That marked its transition to being a real amusement park.

Ice cream shop, as I remember. It was opened up later on. I did not see I B Crow appear in person at all. 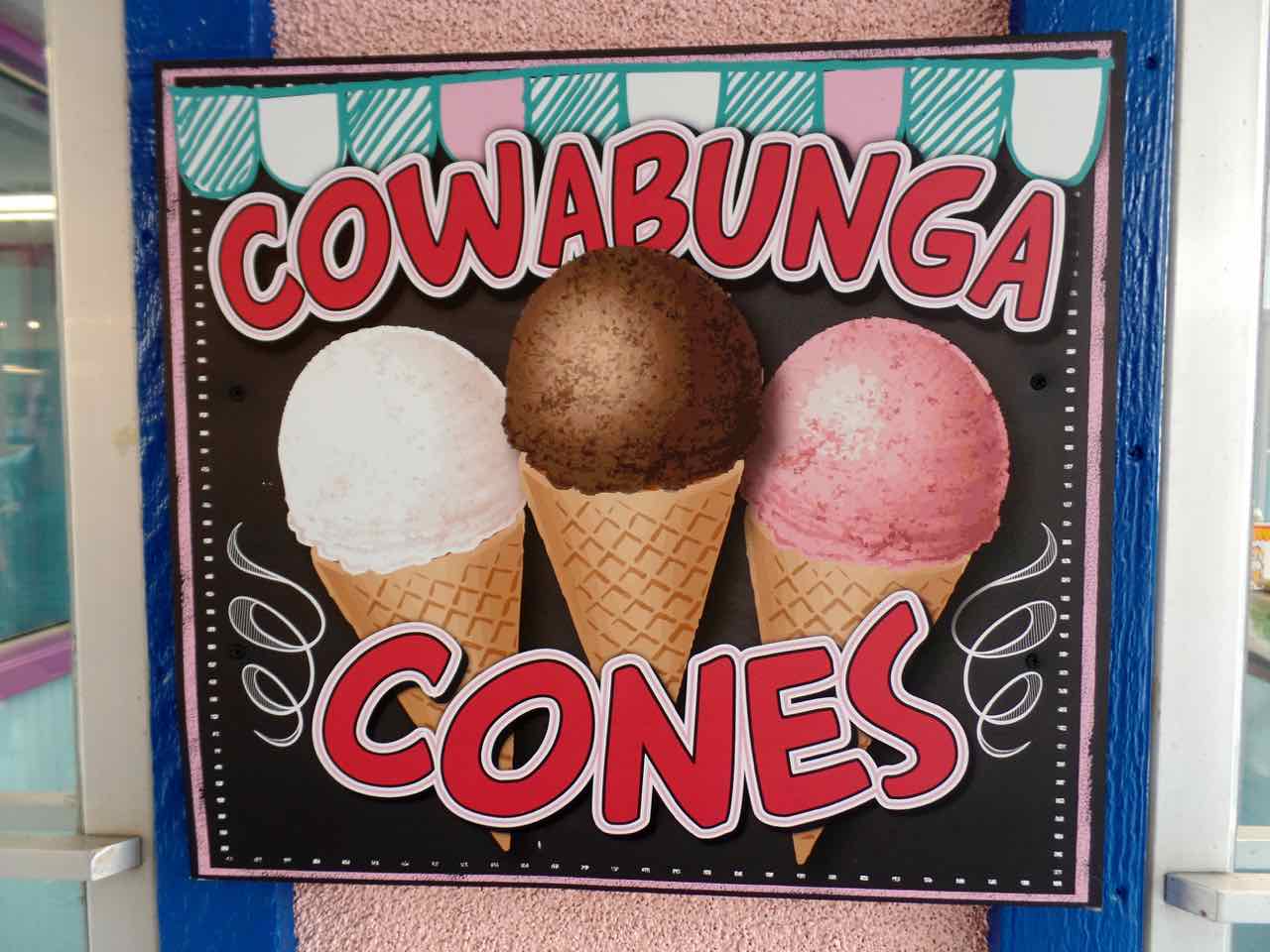 Finally, something for your Ninja Turtle to snack on!

Trivia: 1907 was the first year that preprinted scorecards used the Cubs as the nickname for the Chicago National League team. 1908 first had an emblem of a bear holding a bat on the uniforms. Source: Crazy '08: How a Cast of Cranks, Rogues, Boneheads, and Magnates Created the Greatest Year in Baseball History, Cait Murphy.