Before getting back to Indiana Beach pictures let me share my humor blog's posts of the past week. Here's the highlights:

Now back to summer and a very happy anniversary day: 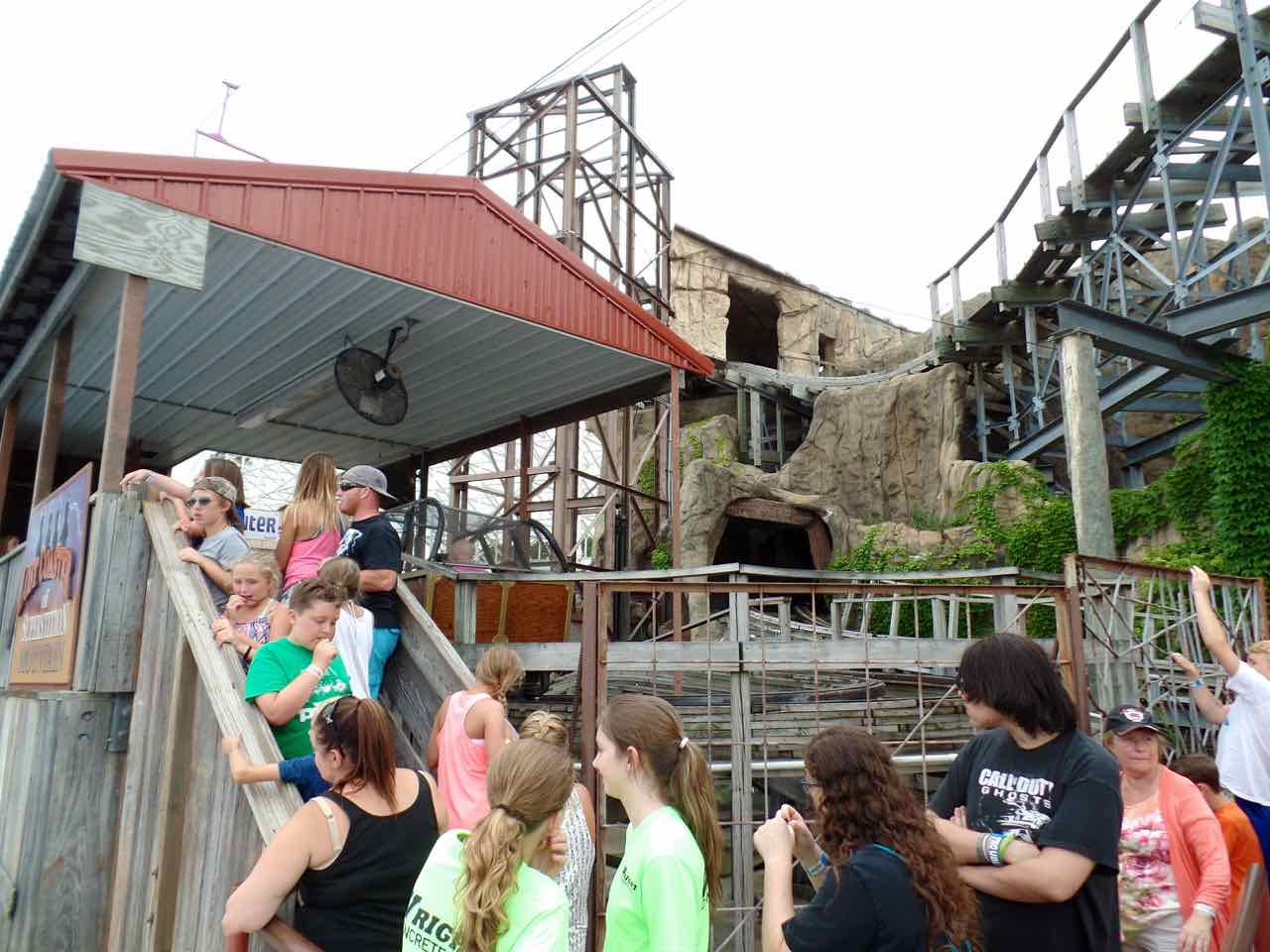 The queue --- longest of the day --- for the Lost Coaster of Superstition Mountain. The ride hadn't been in operation for at least a season, maybe several. One of the triumphs of the new ownership is they got the thing going. It's a very compact ride and the Superstition Mountain it's built into is a former dark ride. 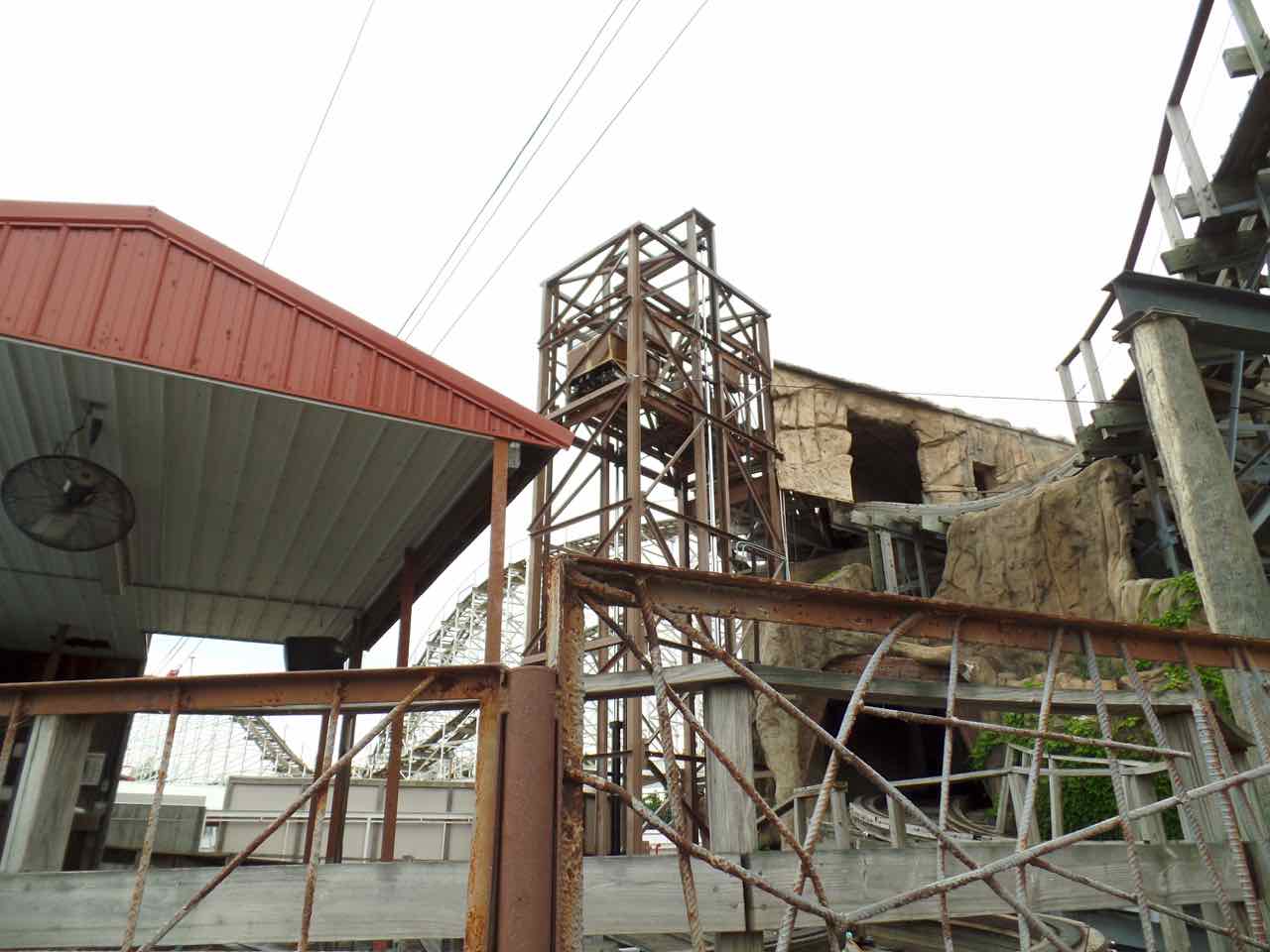 In the gantry there is the roller coaster train being elevated to the to pof Superstition Mountain. The structure's so compact there's just nowhere for a lift hill to go. So they have to resort to an elevator instead. 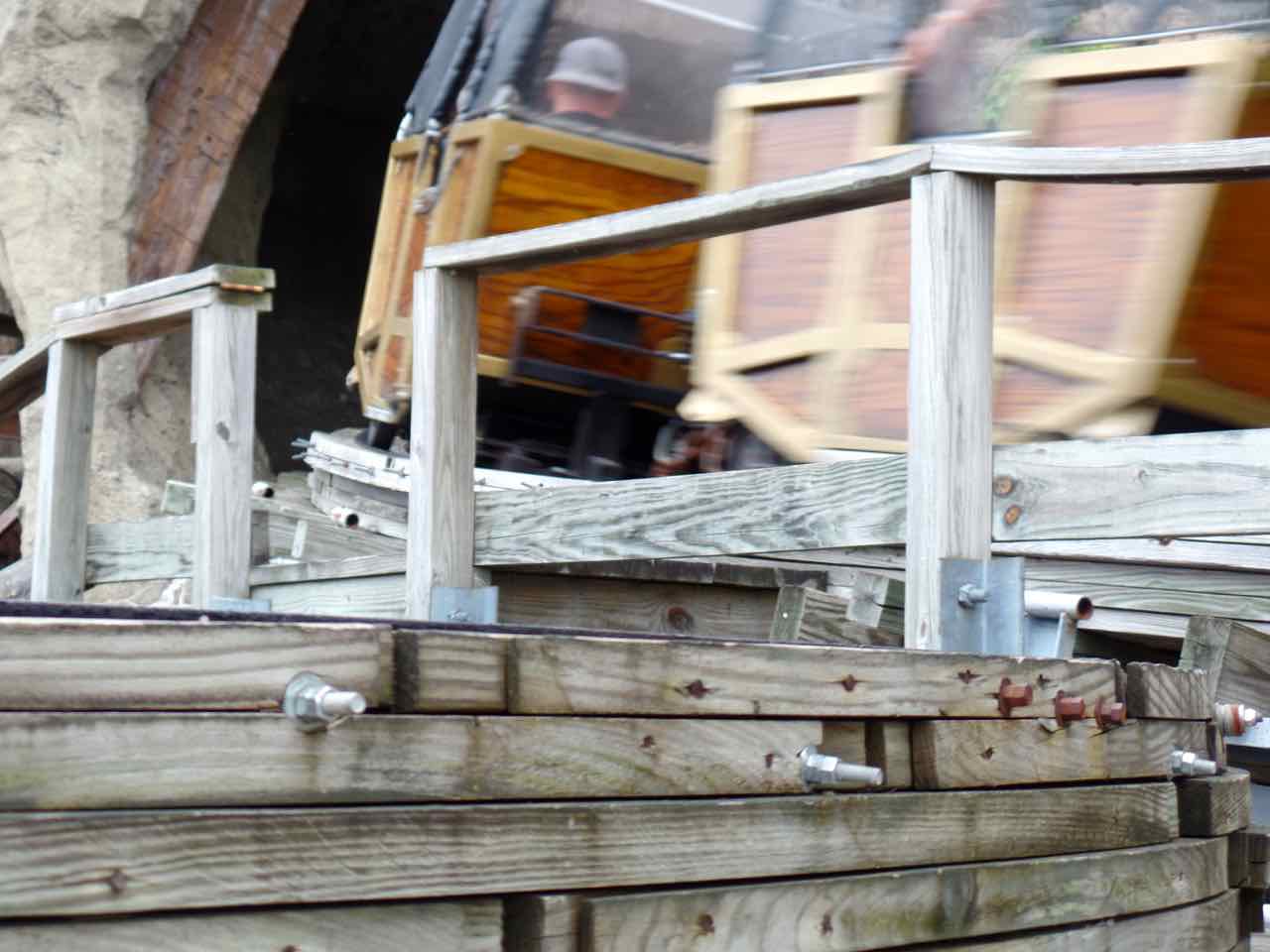 Close up of the Lost Coaster of Superstition Mountain plunging into the mountain. It's a wooden roller coaster, incredibly, which adds to the intensity of the ride. 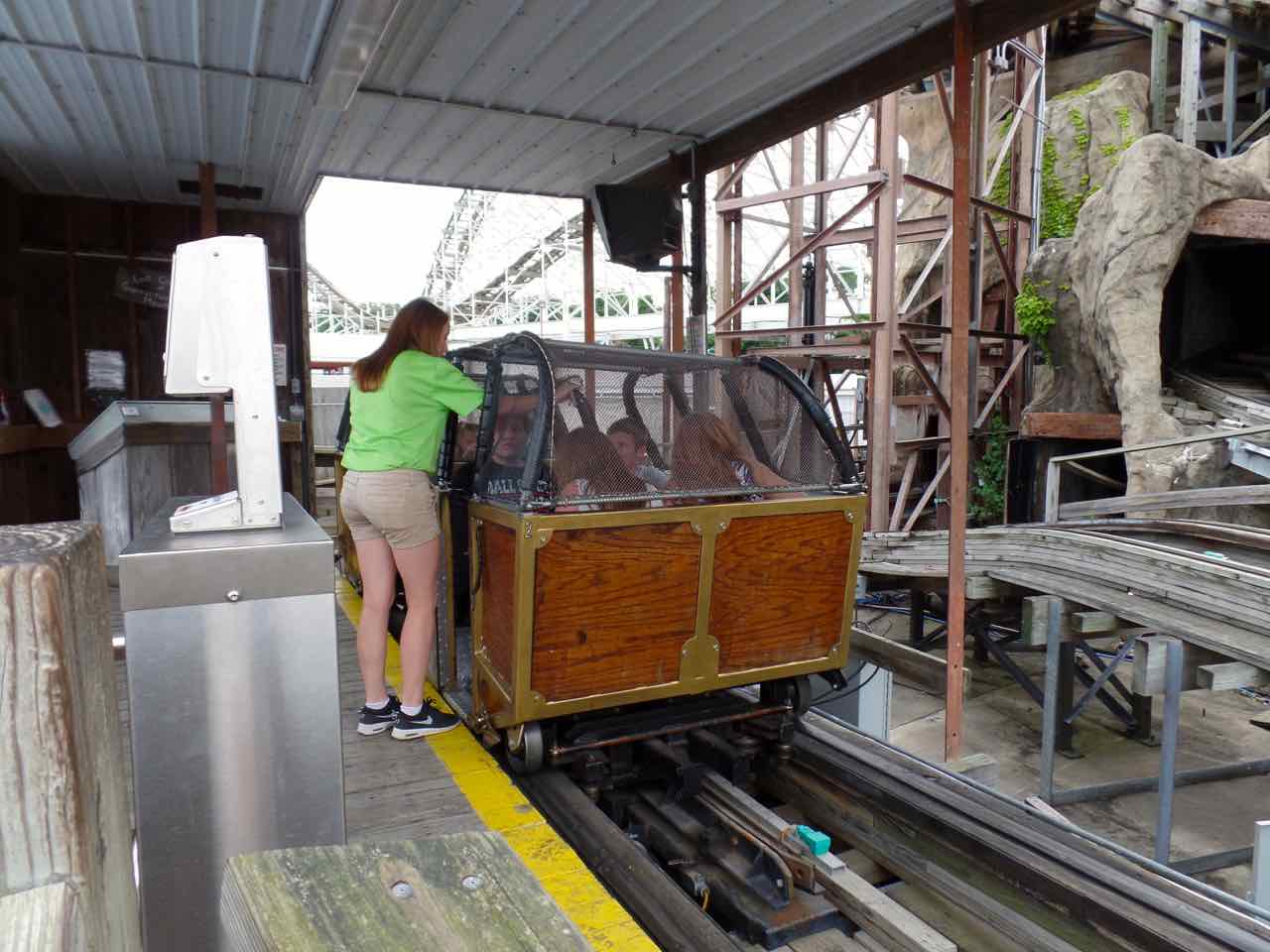 Station platform for Lost Coaster of Superstition Mountain. The ride has extremely tight clearances and you could very easily smash your hand on something if you raised your arms, even if you weren't that huge. So the solution is a wire cage. Best available solution. It does add some claustrophobia to the proceedings. 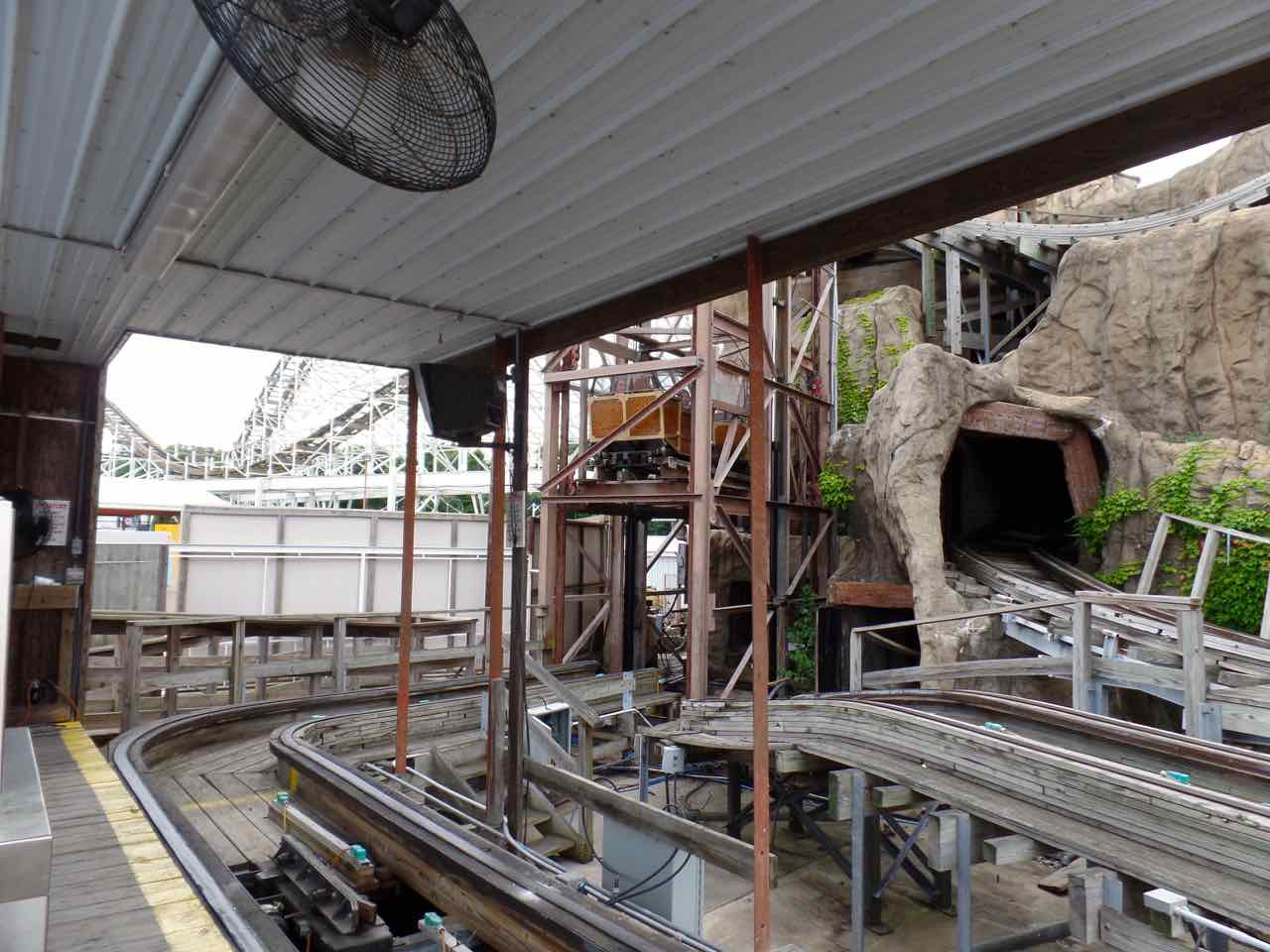 Lost Coaster train partly elevated to Superstition Mountain. That tunnel to the right of the coaster? The train goes back into the mountain there so yes, it's rattling its way uphill there. That tells you something of how fast and intensely it's moving.

Trivia: In the election of 1816 four-fifths of Congressmen who had voted for their pay raise that year lost their reelection bids. Source: A Nation of Deadbeats: An Uncommon History of America's Financial Disasters, Scott Reynolds Nelson.