Take your time from the birds, now you all know the words,

Mathematics blog posts from the past week. Busy week, thanks to the A To Z project.

Some more of Indiana Beach. Getting near the end of the day. 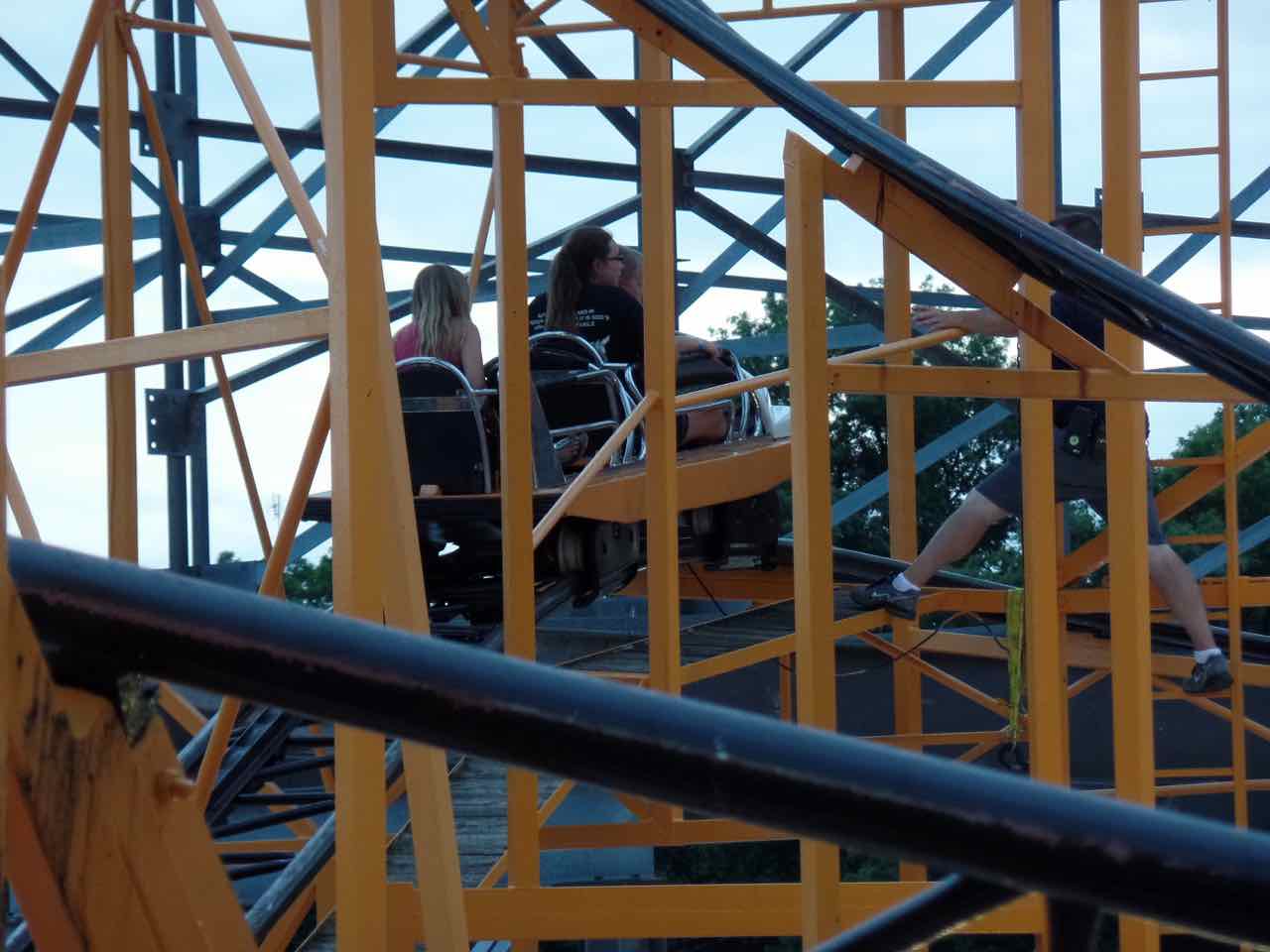 Tig'rr Coaster facing its worst possible problem: it stalls out on the hill. Didn't have enough weight in the car to overcome friction losses which is how it got stuck at the top of the (minor, final) hill. An engineer is climbing the ladder and getting onto the walkdown ramp to push the thing forward. 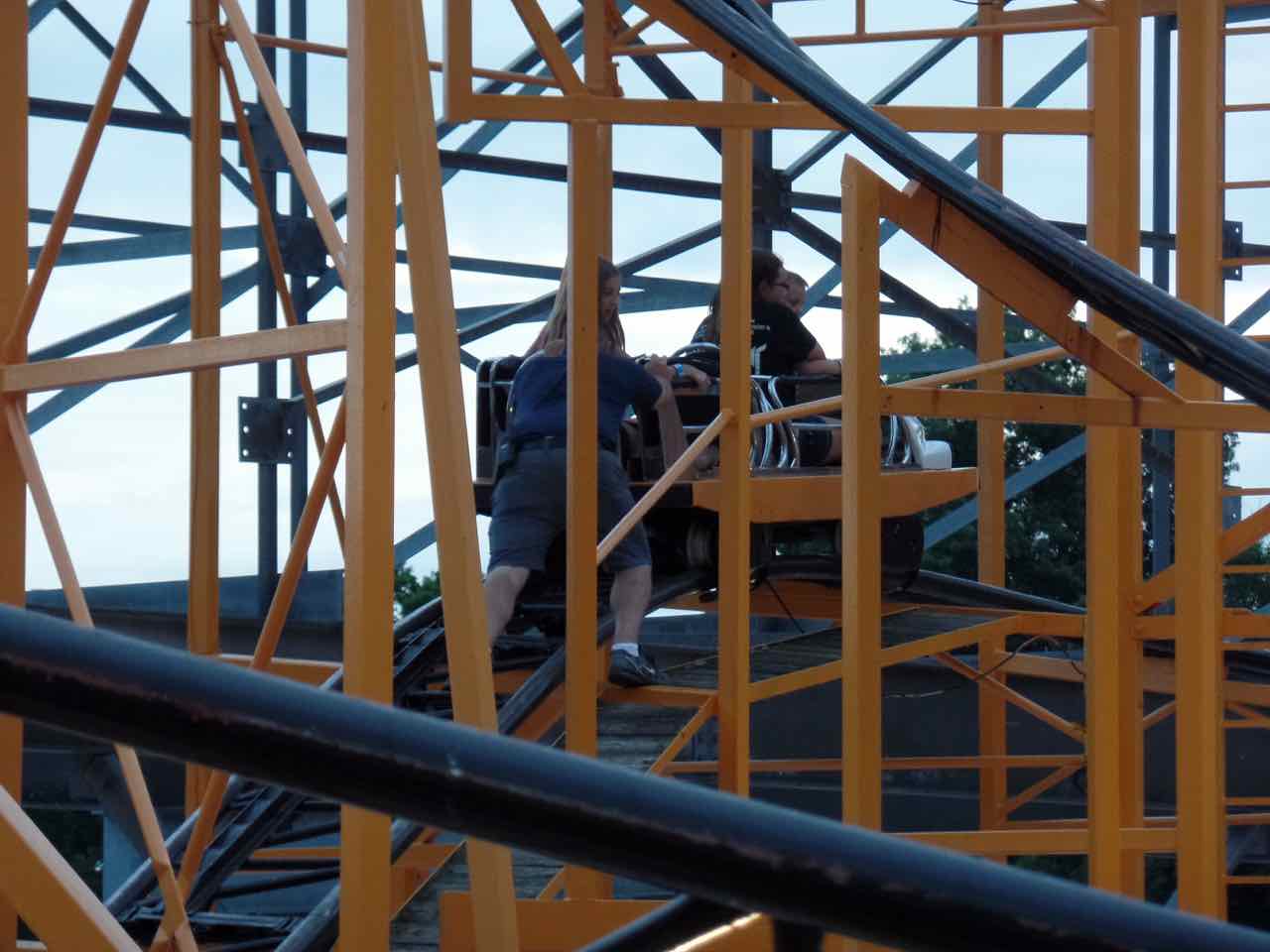 And off we go! There's somebody at the amusement park with the job of going up and giving a good sustained shove to stuck roller coasters and doesn't that feel like a better use of life than whatever your job is? Yeah. 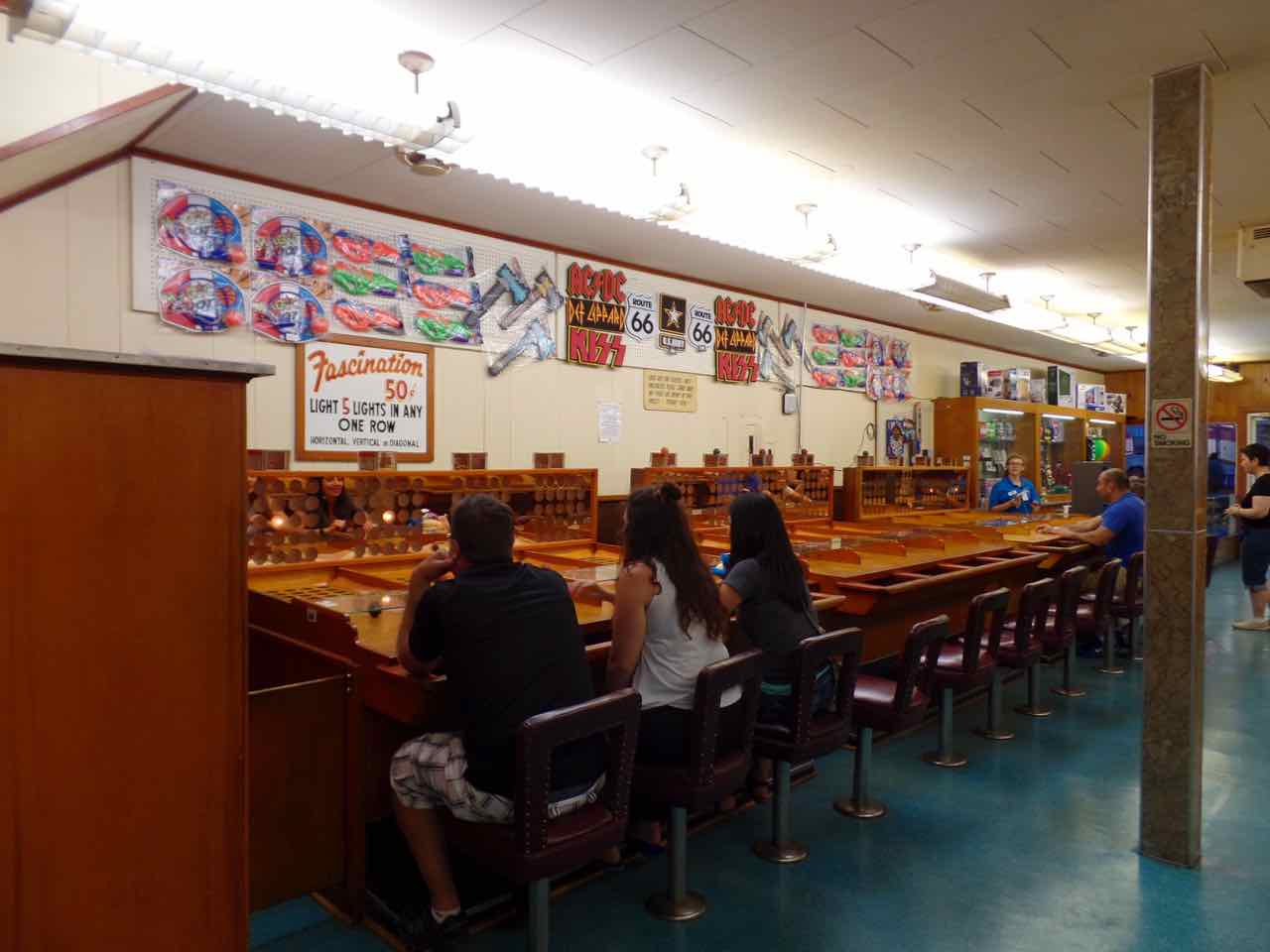 The Fascination Parlor, albeit with only four people playing. This is when we popped in again in the evening, after we'd spent our time playing. The game is more exciting the more people playing at once but even with just a few plaers it's a compelling Bingo-like ball-rolling game.

bunny_hugger is on the far right looking over the counter and considering how to spend our tickets. 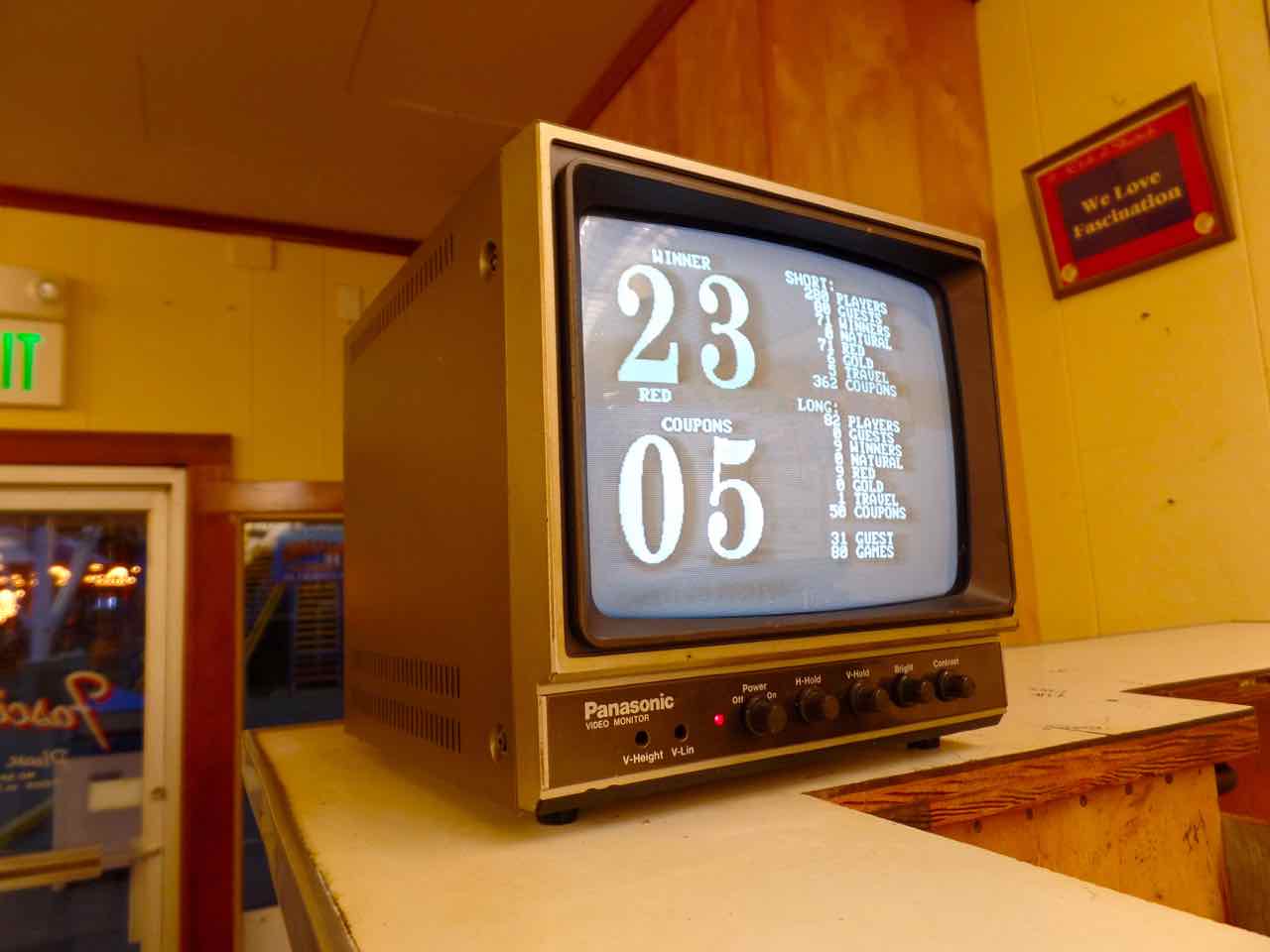 The Fascination Parlor's video monitor. I'm not sure what all the information here signifies --- well, I guess 'winner' and 'coupons' explain themselves --- but it's fascinating and doesn't everybody love finding hardware twenty years past its time still being useful as designed? Sure we do. Yes, I notice the sign on the wall there. 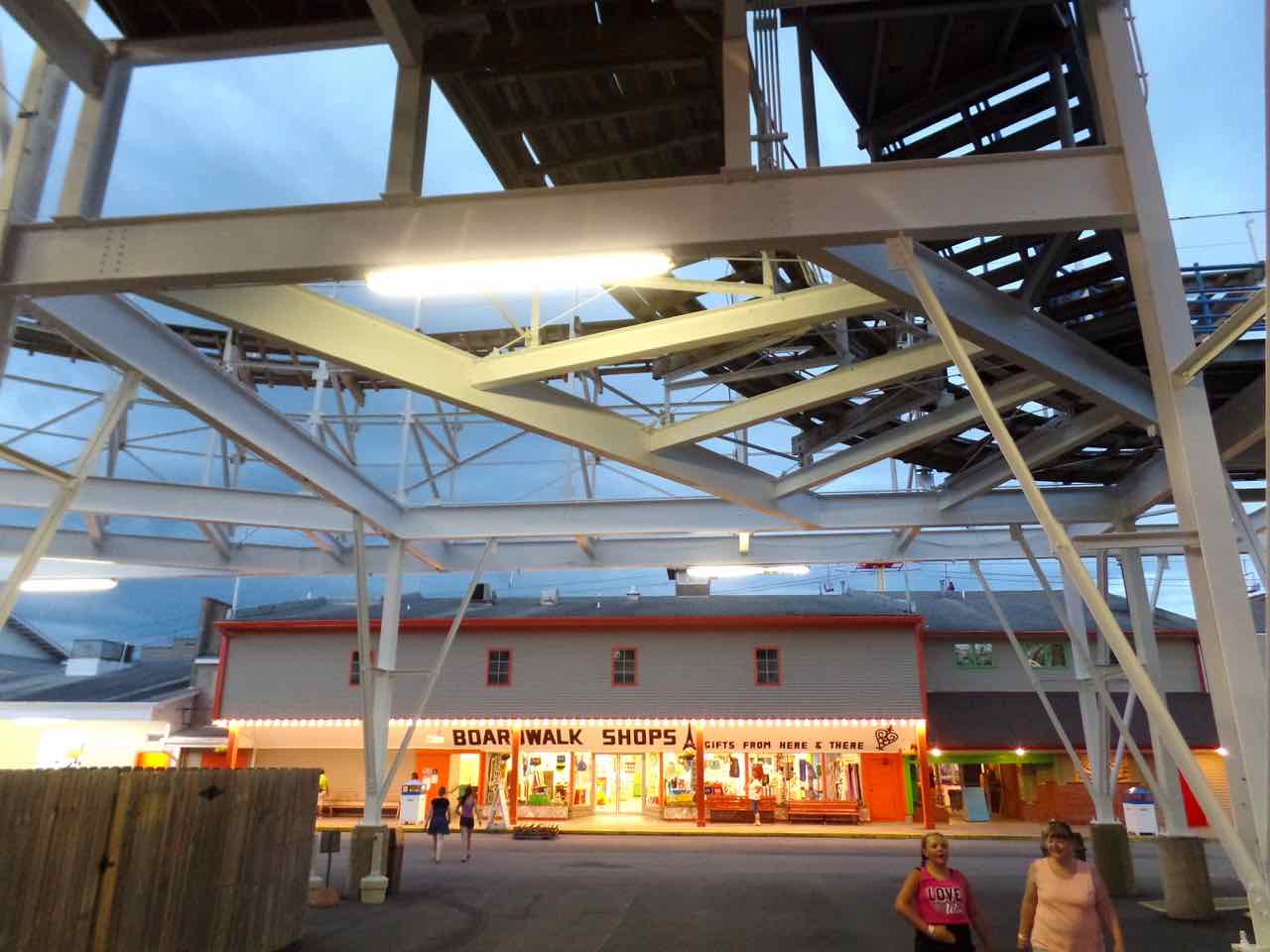 Boardwalk Shops, 'Gifts From Here and There', in the twilight glow. Photo taken from underneath the Hoosier Hurricane roller coaster because so much of the park is underneath other stuff.

Currently Reading: A Great And Godly Adventure: The Pilgrims and the Myth of the First Thanksgiving, Godfrey Hodgson.