So what was on my Humor Blog the past week, if you didn't add it to your Friends page? Or if you didn't have an RSS reader set up for it? This stuff:

I'm trying out the last Indiana Beach pictures a little narrower than usual.

c_eagle pointed out sometimes my default width forces a horizontal scroll and that's perfectly awful. This should fix that problem and I hope it hasn't been bothering anyone too much. If you open the image in a new tab you should be able to get the nice, fullest possible view of each image. 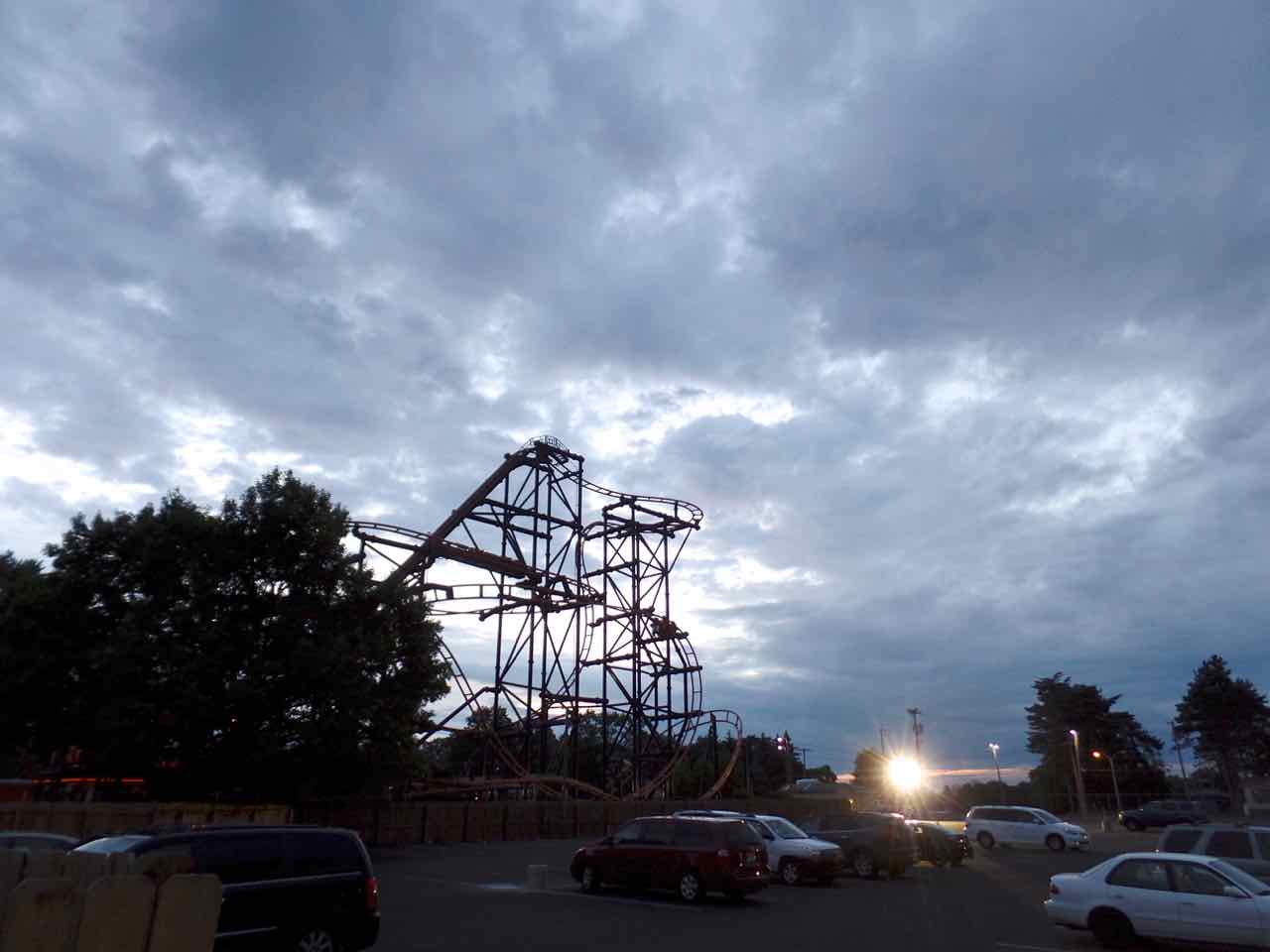 Steel Hawg in the twilight, as clouds that would, I believe, bring rain in the evening. Also the Indiana Beach main parking lot. 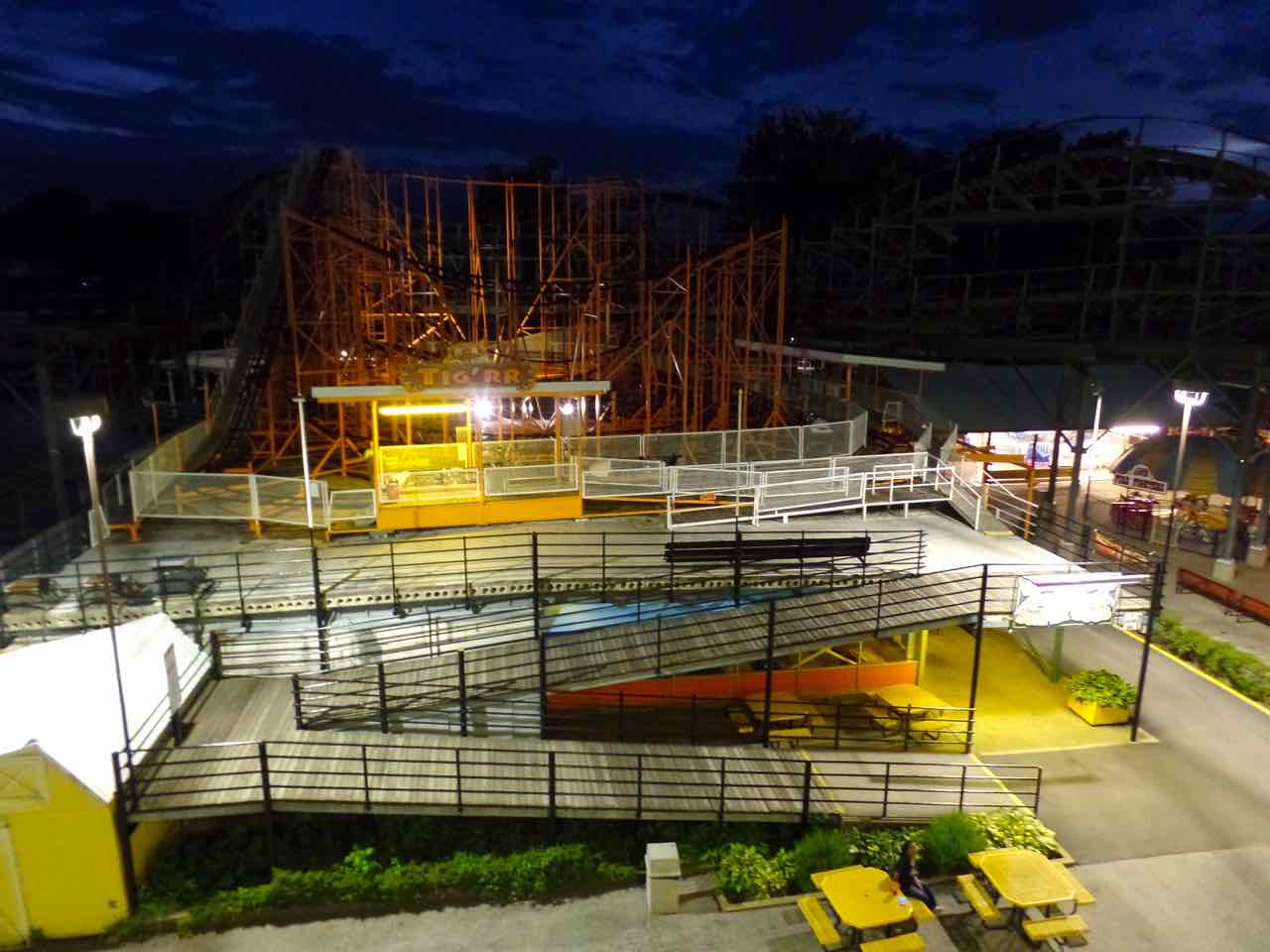 Tig'rr Coaster, including its queue and the Roller Coaster Tycoon-esque elevating pathway, as seen in twilight from the Cornball Express. No cars were stopped on the tracks in an inappropriate place as far as I know. Also, I love photos of challenging plays of light and isn't this a magnificent one? 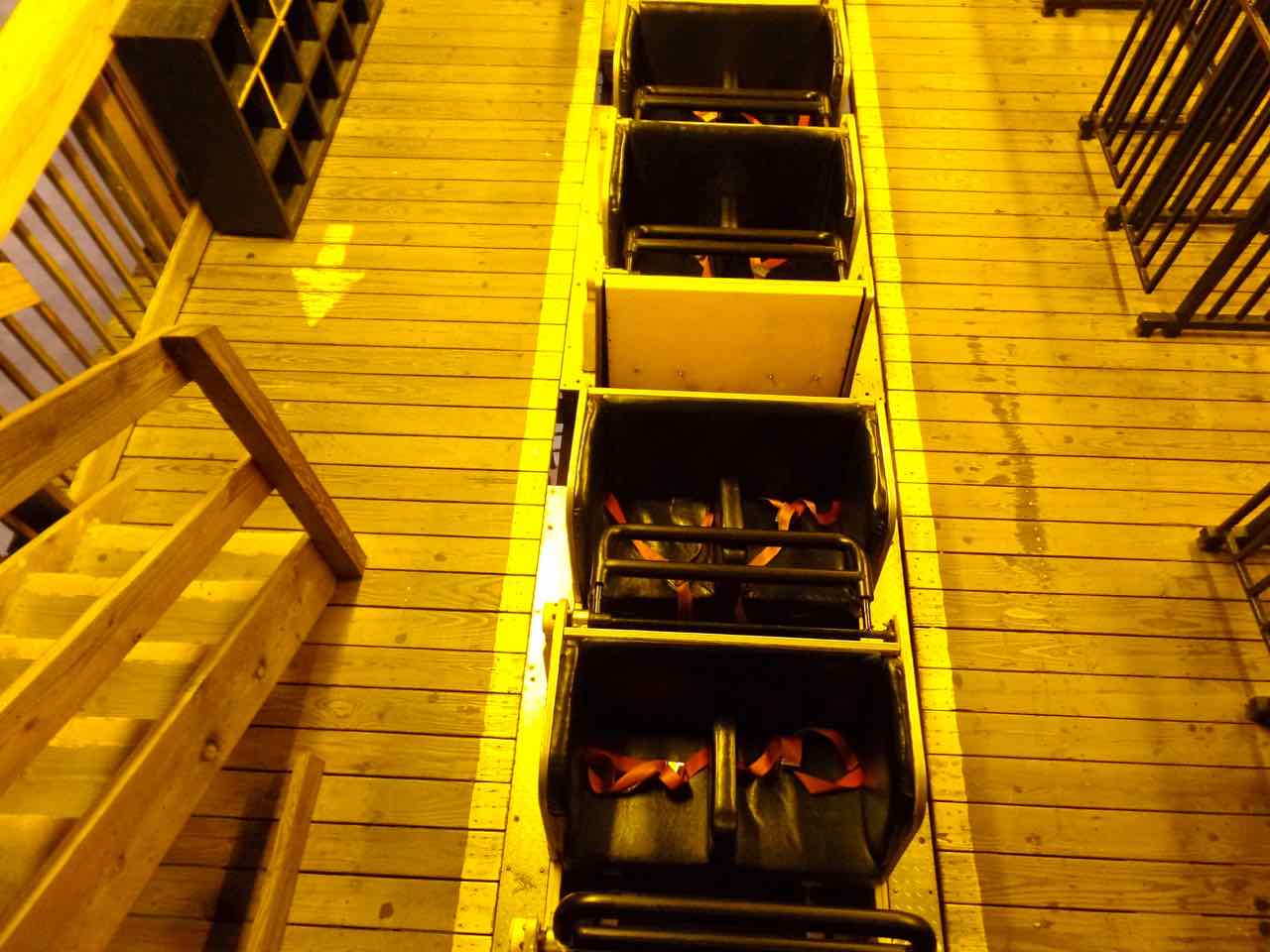 Hoosier Hurricane's loading platform as seen from the pedestrian overpass for getting onto the ride. For some reason the front row seats were unavailable and I guess that'll just happen some. 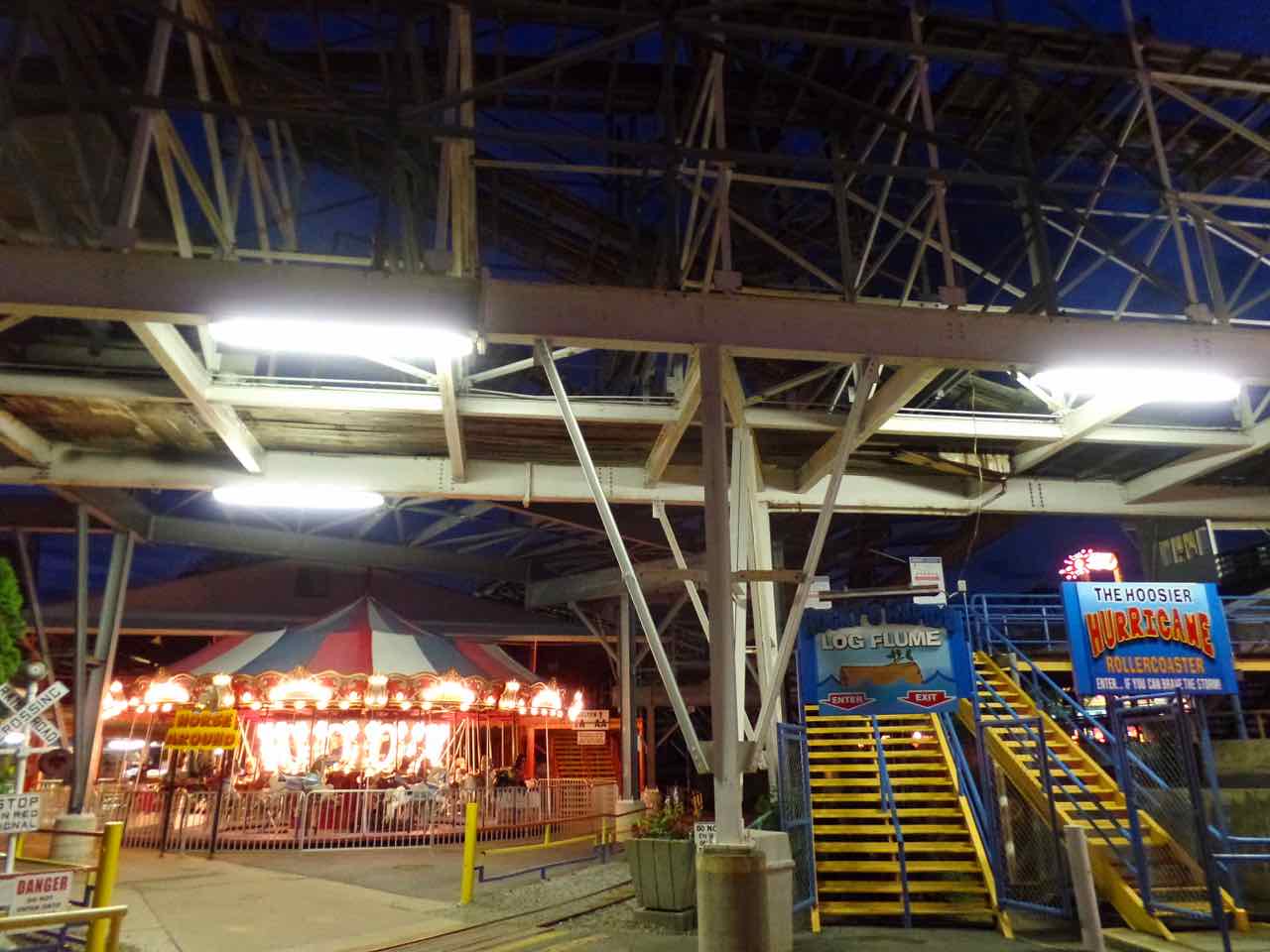 The park, going to bed: our last glance at the Hoosier Hurricane and the Log Flume (which we hadn't ridden) as wel as the Horse Around kiddie, metal carousel. 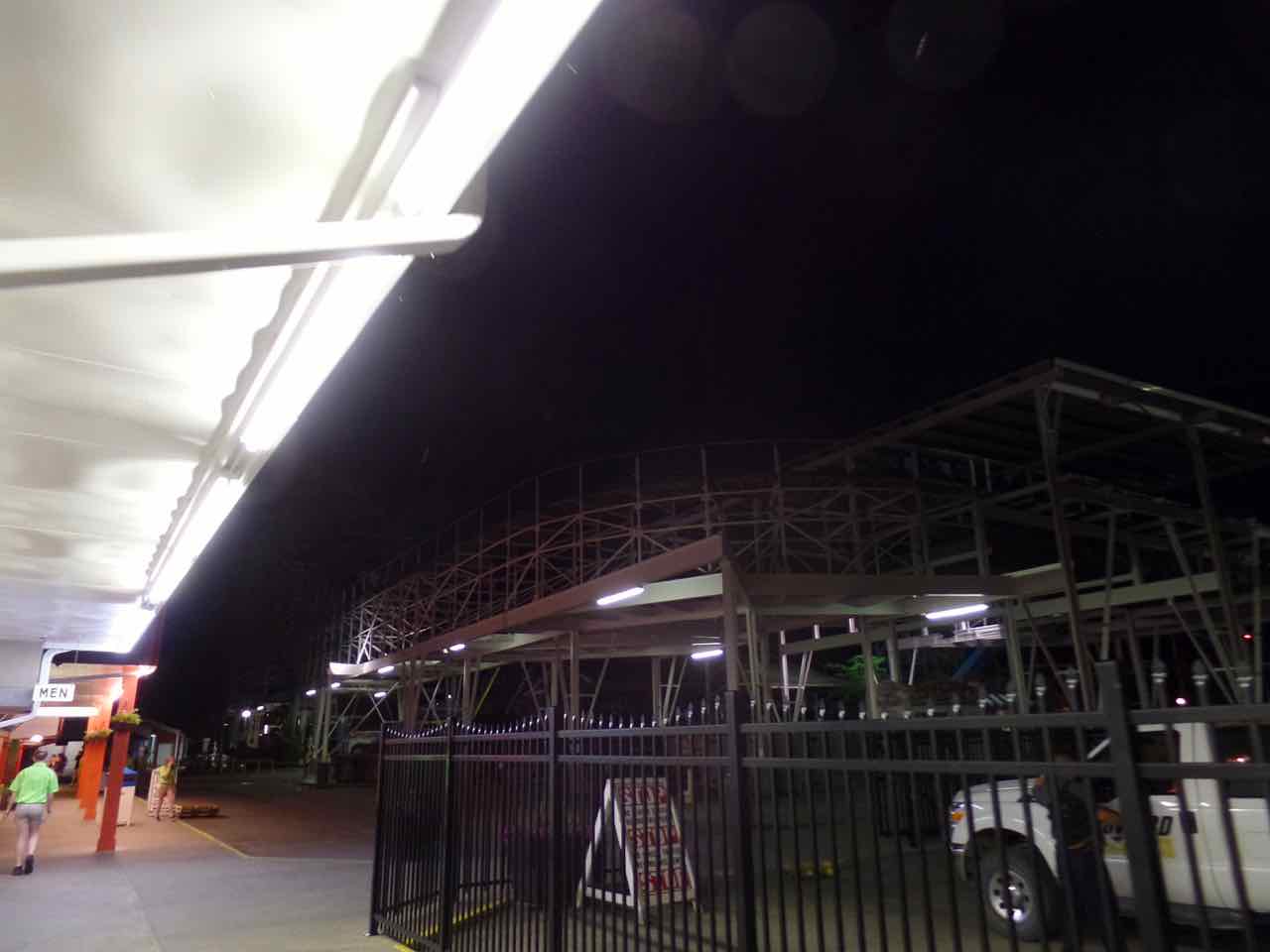 The park, bedded down. View of the Hoosier Hurricane after all the park rides were shut down for the night, as seen from outside the gift shop, which wasn't done for the day quite yet.

Trivia: The Angel of Mons, a spirit guarding over the British retreat from Mons in August of 1914, began as a romantic, openly fictional short story by Arthur Machen which appeared on the 29th of September, 1914, in the Evening News. In the original short story there was no angel; it was ghosts of English bowmen dead at Agincourt joining the battle and slaying Germans with ghost arrows. The legend had mutated to an angel's guardianship within a week of publication. Source: The Great War and Modern Memory, Paul Fussell.