The choir of children sing their song

We've finally got to the pictures of our trip up north from this summer. First, though, let me speak of my humor blog, which can be on your friends page, or on your RSS feed. Thanks. 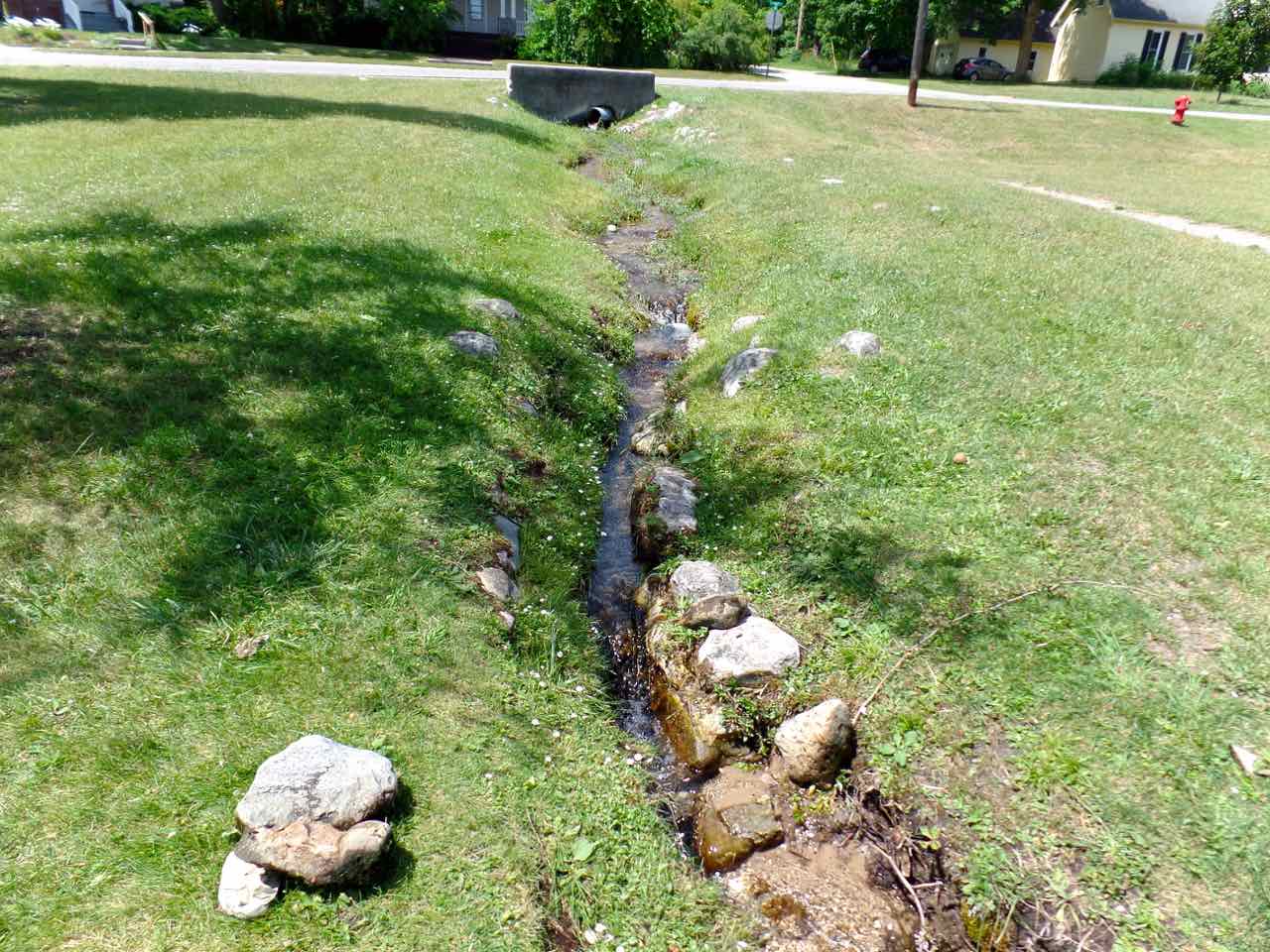 The little river in a Suttons Bay park where, two years ago, we found there was somehow a fish. No fish spotted this time, but not for want of trying. 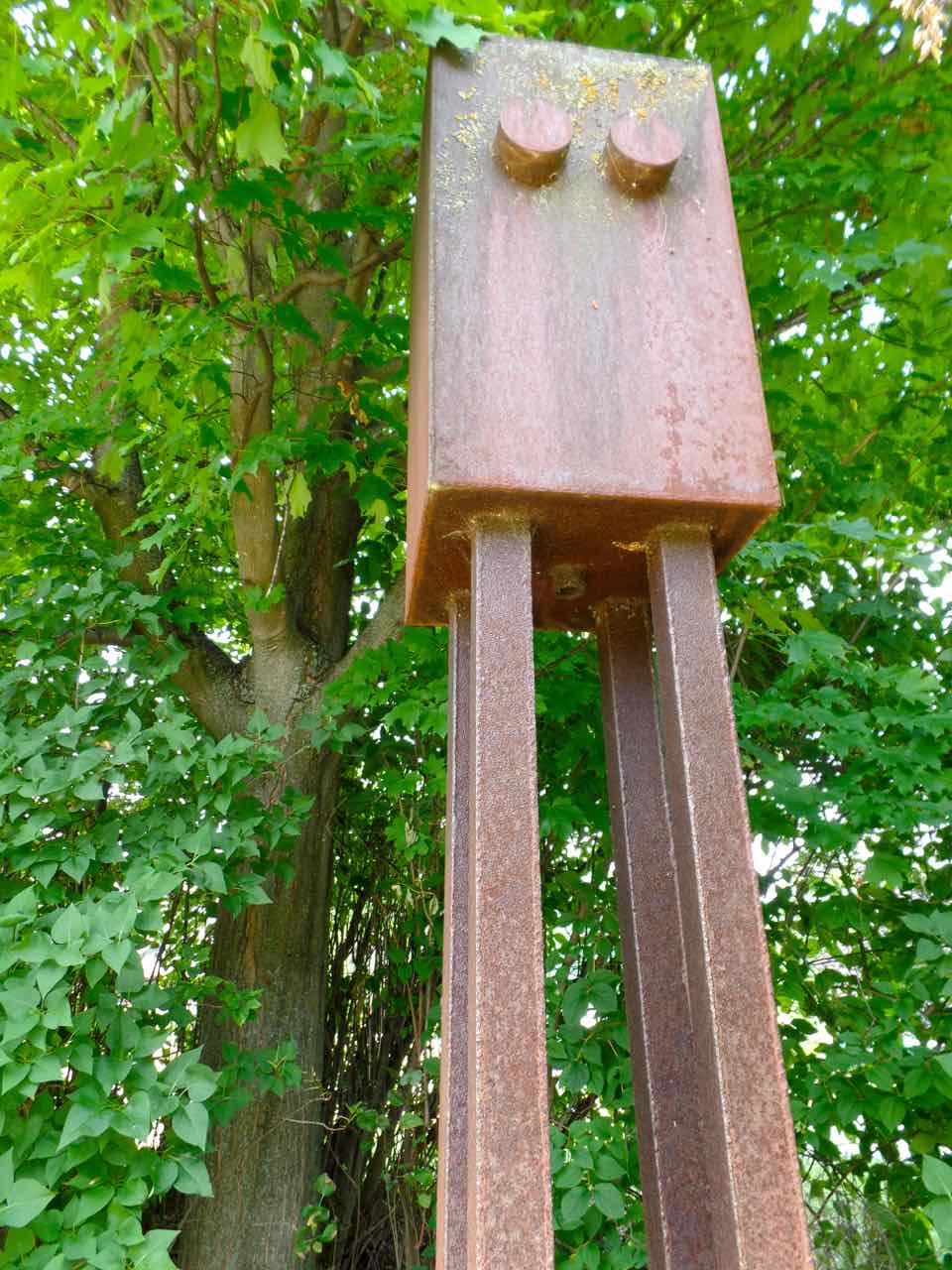 Sure it looks like some odd abandoned industrial thing. It's apparently public art of some kind, as there's a plaque at its base which reads ``TA // Bob Sweeny''. No idea. From the same park with the creek. The head(?) is maybe ten feet off the ground. 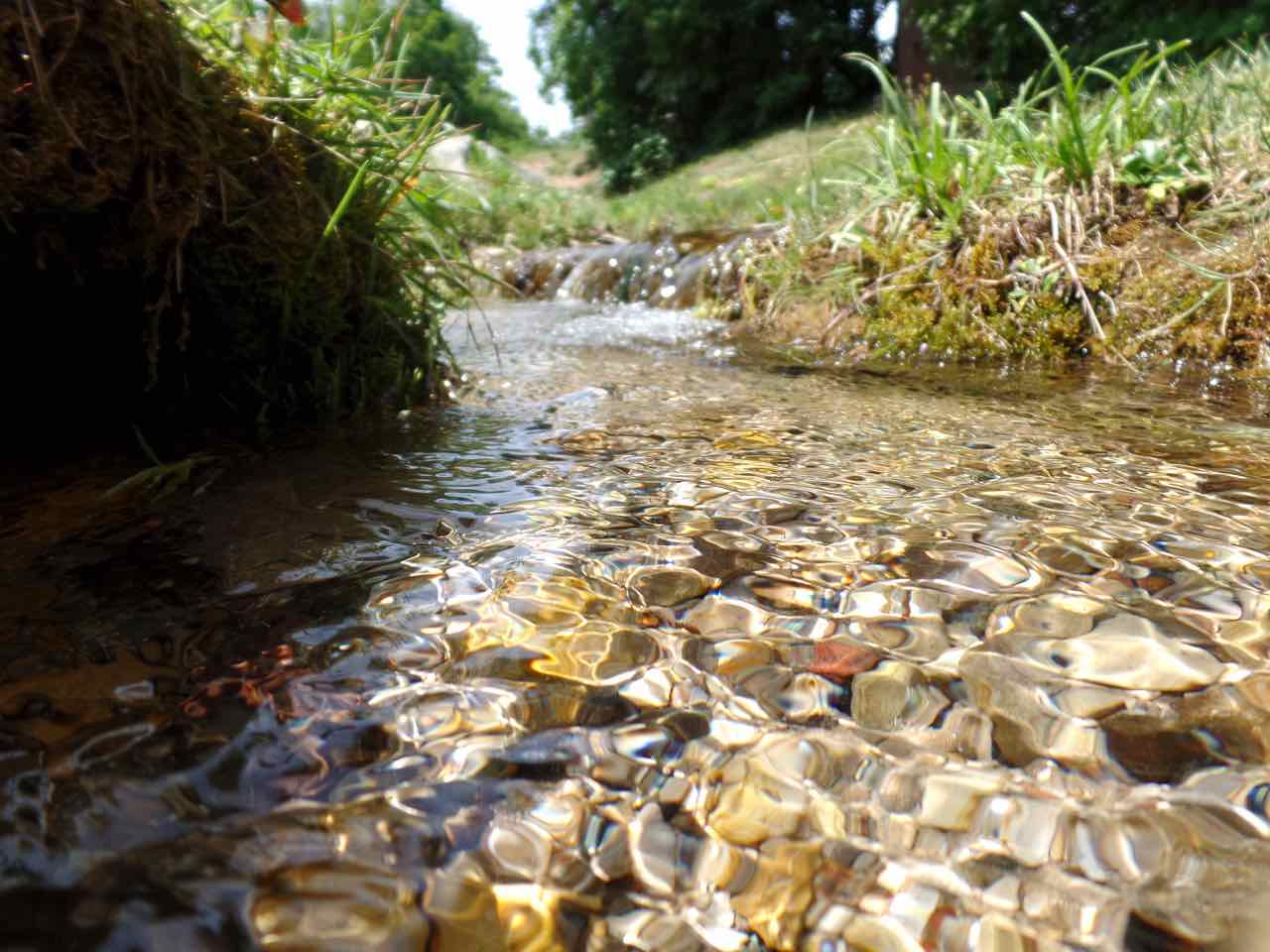 Making something out of nothing: photographing the creek and a little two-inch drop in the river from very close to the water's edge. It almost looks like the opening to Land of the Lost, doesn't it? 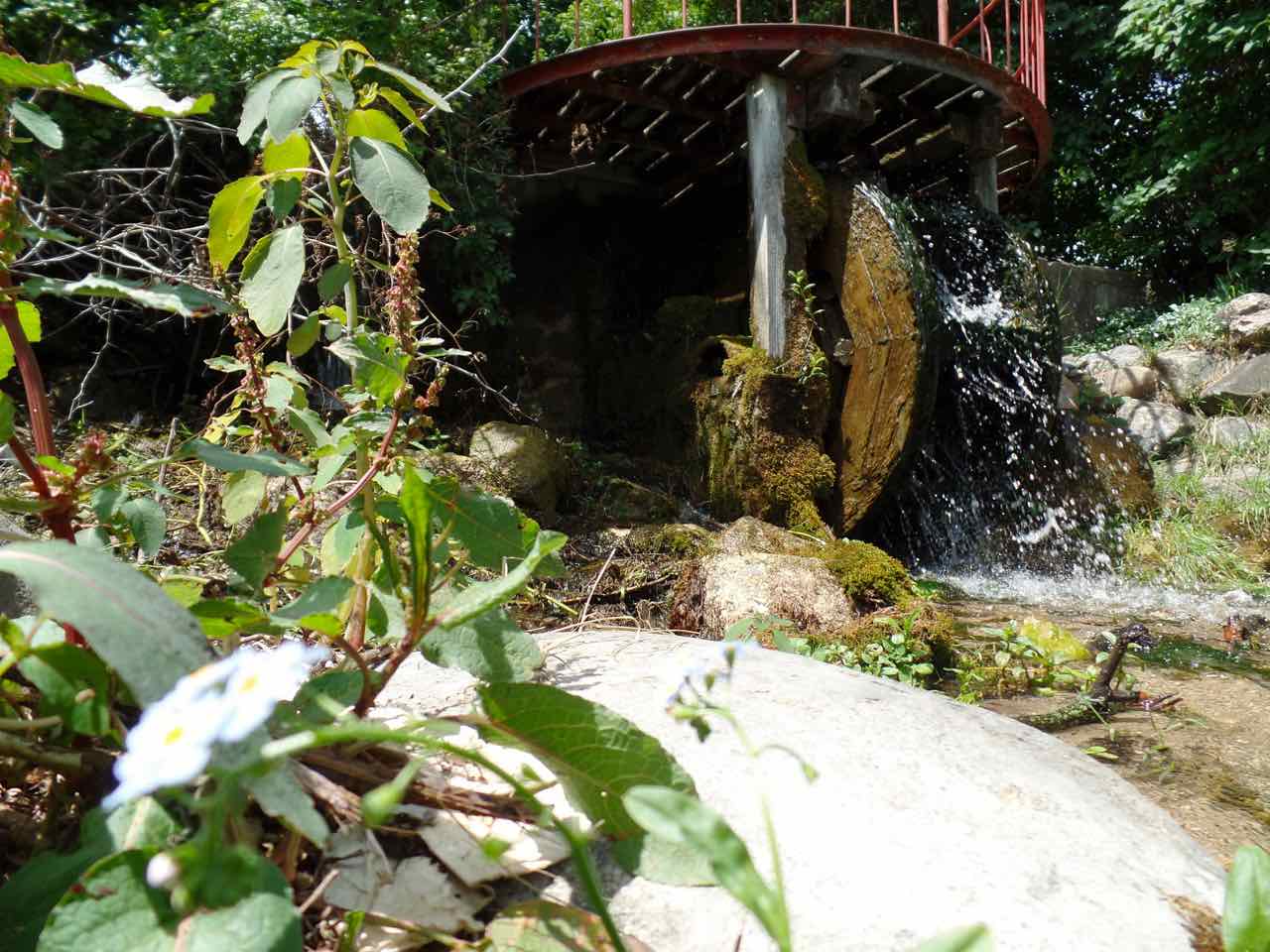 The park's got this sharp drop, and the creek falls down and turns this water wheel. The wheel's maybe six feet in diameter. The balcony above it gives you a good chance to look down and see water happening. 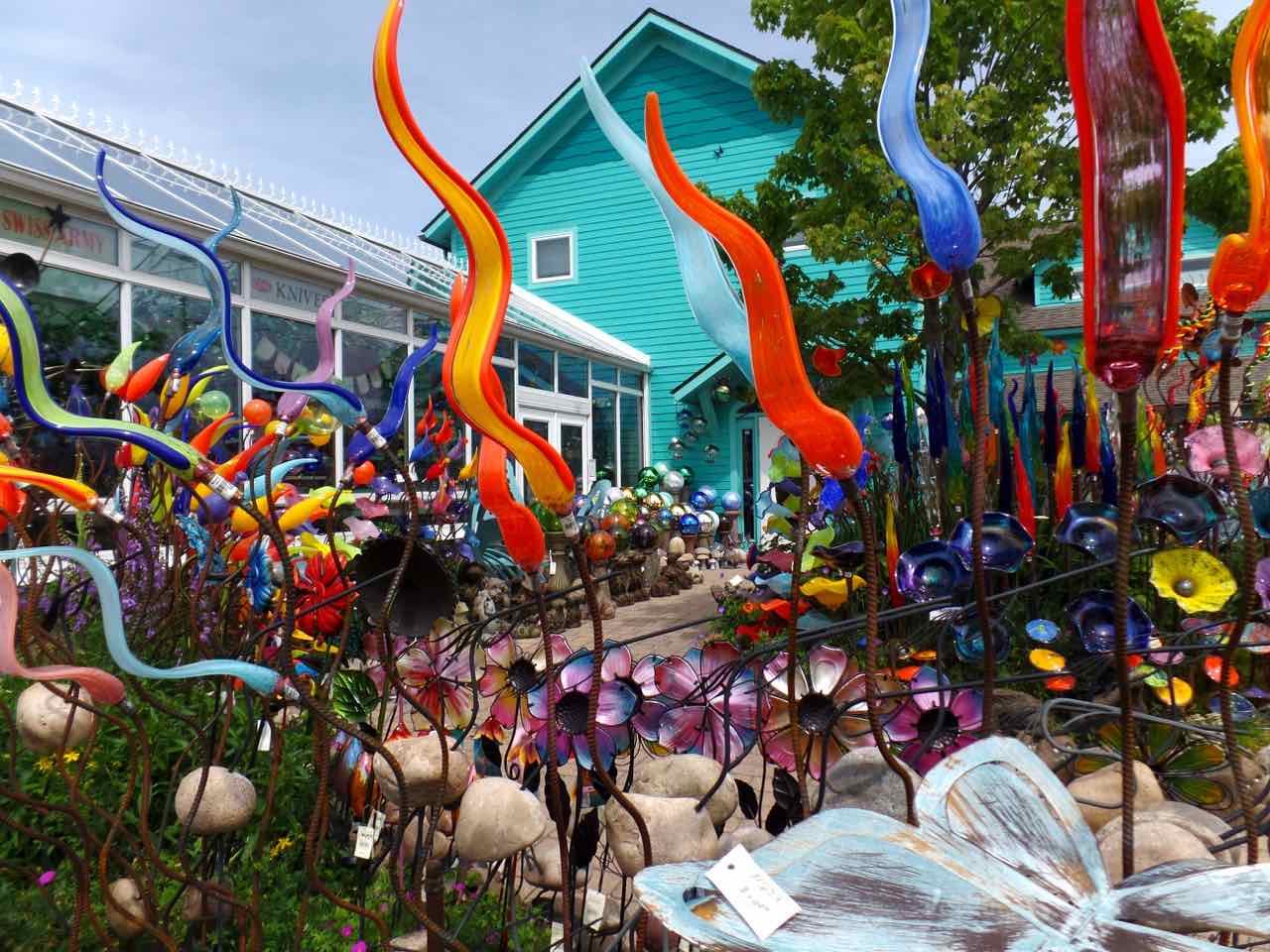 The gorgeous outdoor area of a lawn-and-stuff decorations shop that we keep coming back to Suttons Bay for. It was closed, because it closes for the day Sundays at like 1:30 pm the Saturday a week before.

Trivia: Master Gabriel, hired to play the title role in the 1908 stage adaptation of Little Nemo in Slumberland, was 25 years old. He'd previously been a Buster Brown ``impersonator''. He was small for his age. Source: The Kid Of Coney Island: Fred Thompson and the Rise of American Amusements, Woody Register.